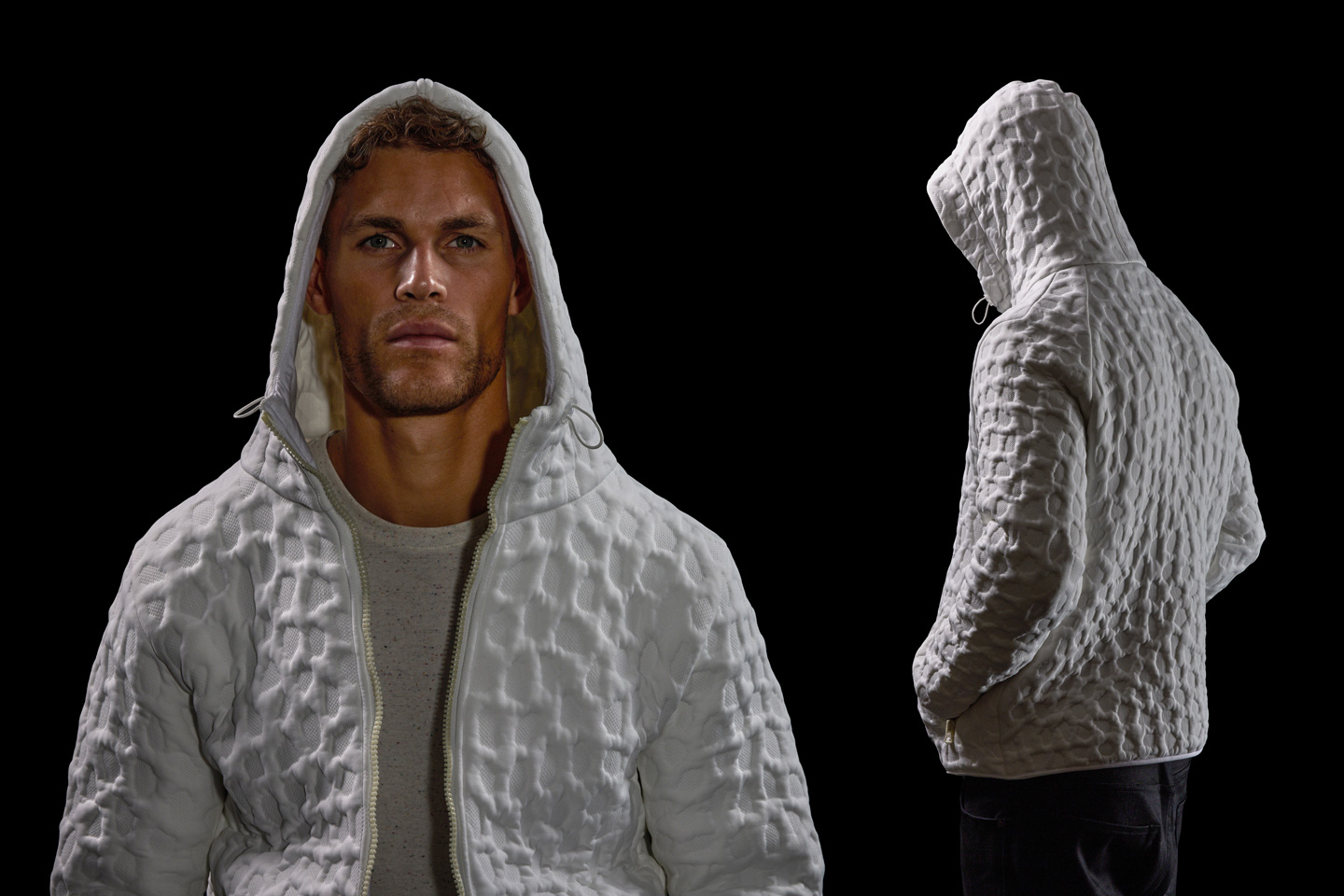 Dubbed the Mars Hoodie, Vollebak’s latest garment was designed to make you feel at home even when you’re 249 million miles away from home.

“Life on any early Martian base will be intense – as we’ll have to rebuild everything we take for granted here on Earth. It means downtime will be key”, mention Nick and Steve Tidball, founders at Vollebak, a garment company that prides itself in weaving fashion and innovation together. “Built by the same machines that build beds, the Mars Hoodie is the ultimate comfort hoodie – it’s what you’ll wear when you’re watching your favorite TV show from Earth on another planet.” 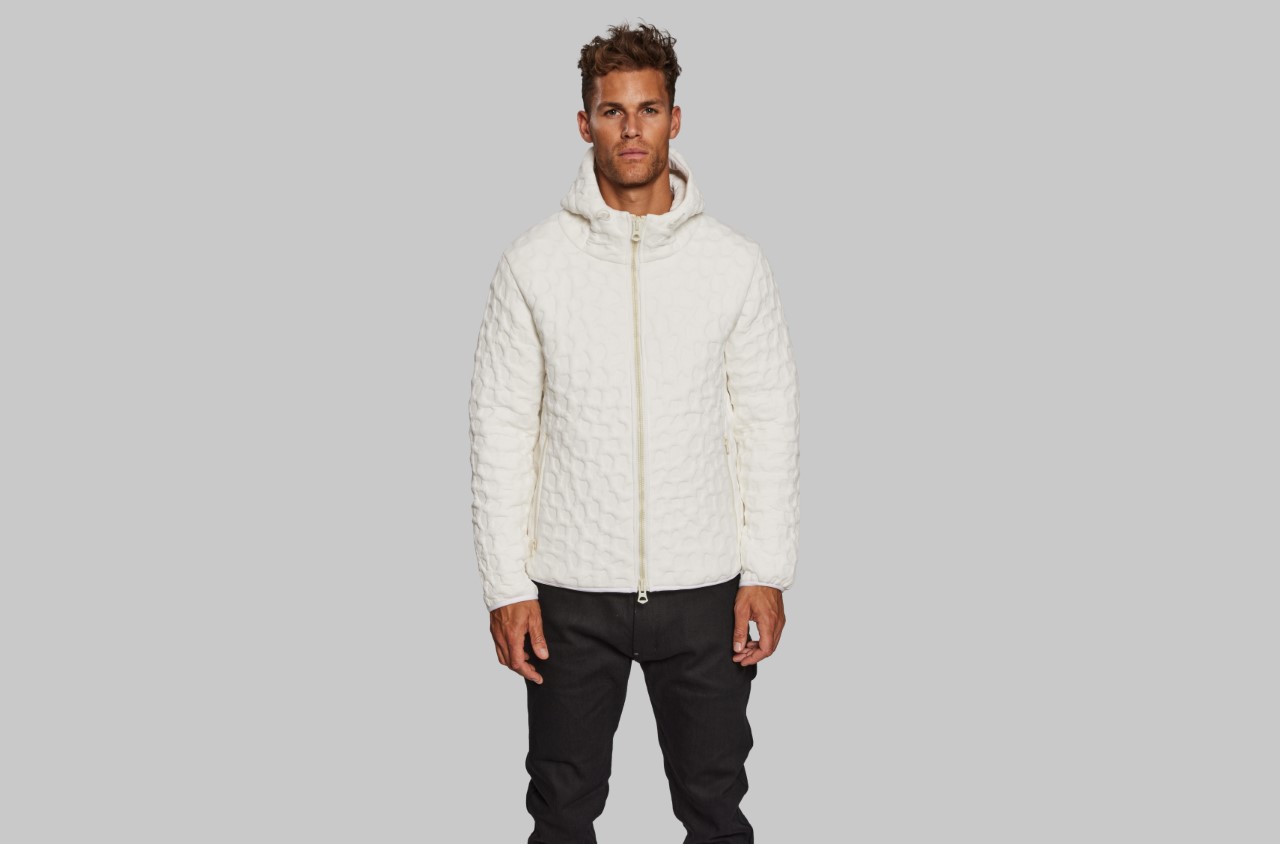 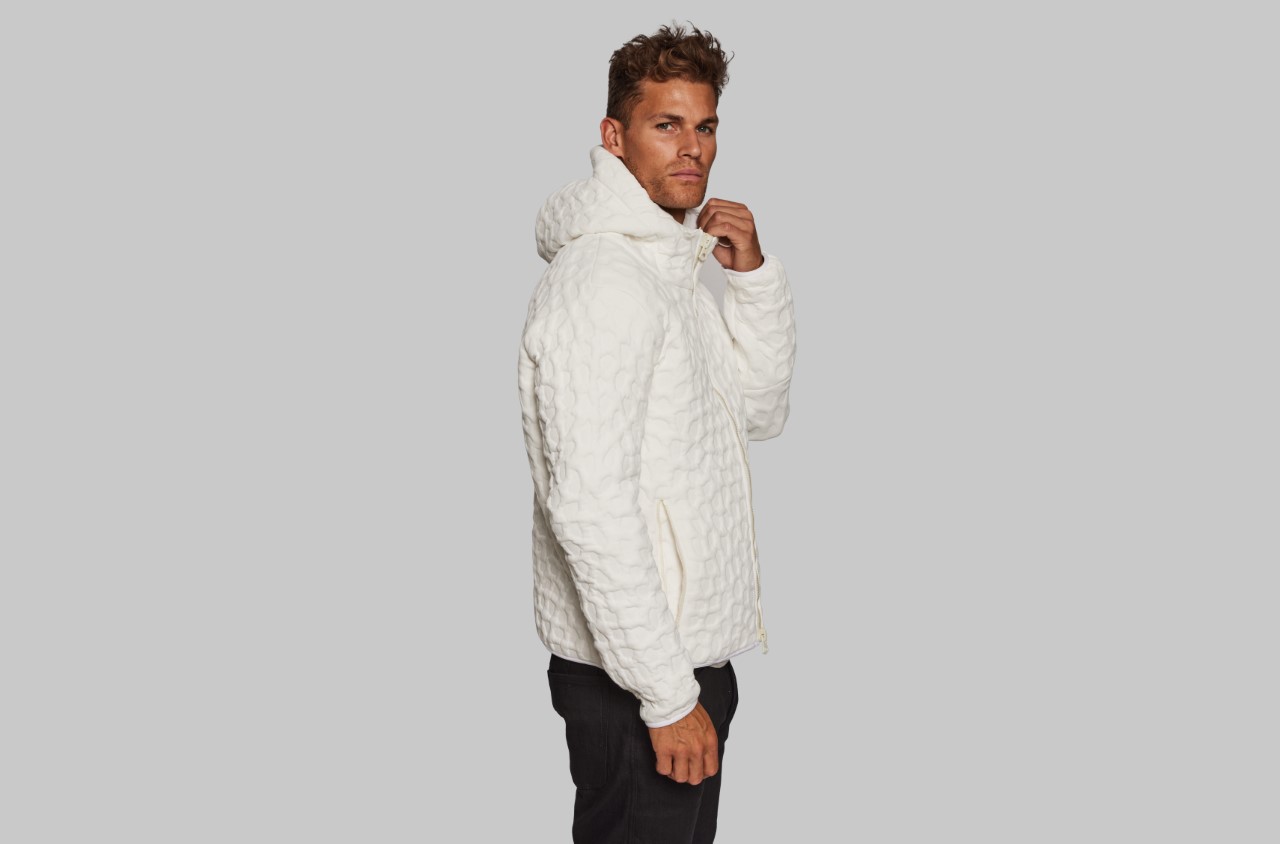 Life on Mars probably won’t be as flashy as Elon Musk has us believe. We’ll literally be setting up a new civilization there, and with that kind of hard work, a nice comfortable bed is more likely to be what you want than a jetpack or exoskeleton. Keeping in mind the reality of the kind of rigorous work civilization-building will entail, Vollebak’s Mars Hoodie is just built for comfort and stress-relief. Almost like having a weighted blanket or mattress wrapped around you, this 3D-knitted hoodie comes with a tactile surface that’s inspired by Mars’ cratered landscape, the cooling system on space-suits, and the inflatable houses you’ll probably be living in for the first couple of generations. 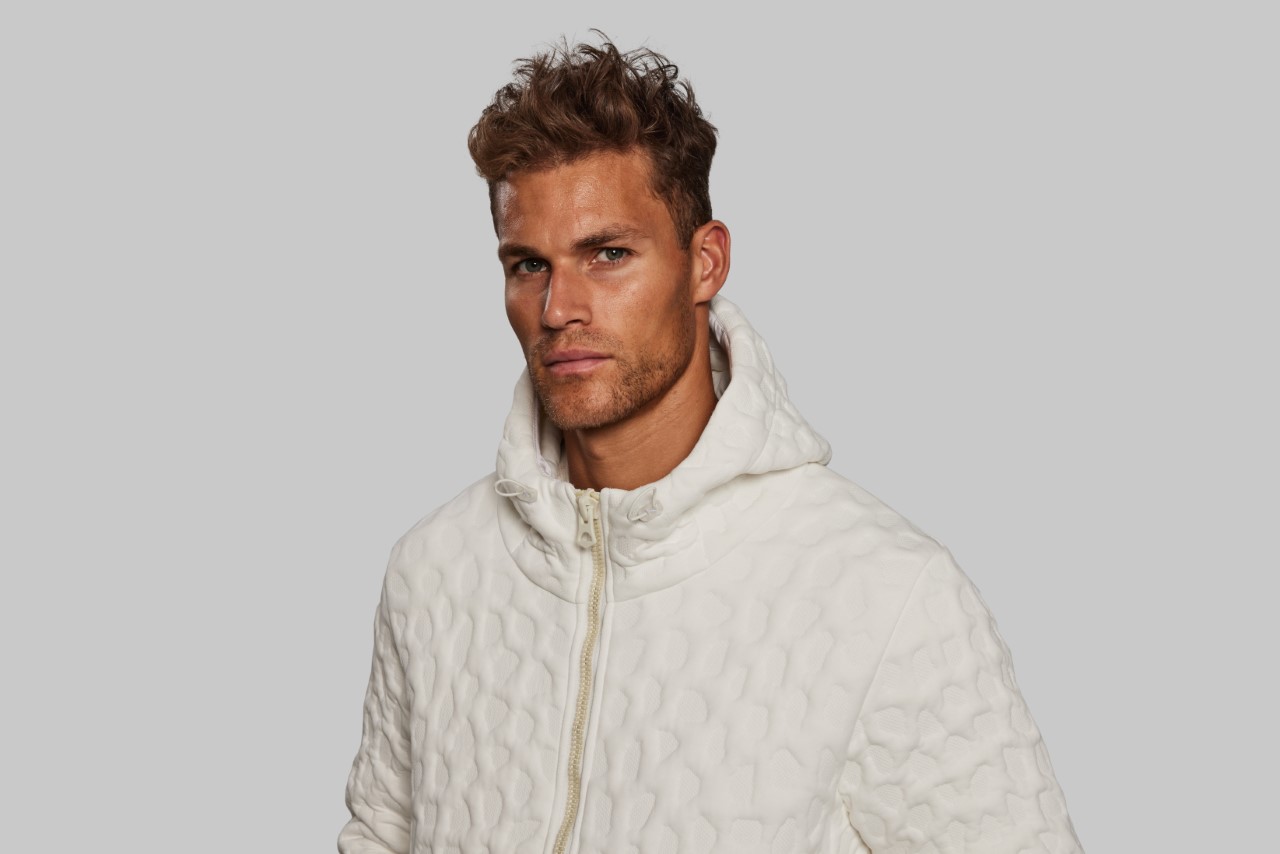 “Most of the time astronauts on the International Space Station float about in t-shirts and khakis. Which means we’re going to need clothes to help us relax on Mars too”, Vollebak points out. “It won’t all need to come with state-of-the-art robotics, built-in life support systems, or heads-up gold visors to block out the sun’s rays. We’ll need loungewear too.” 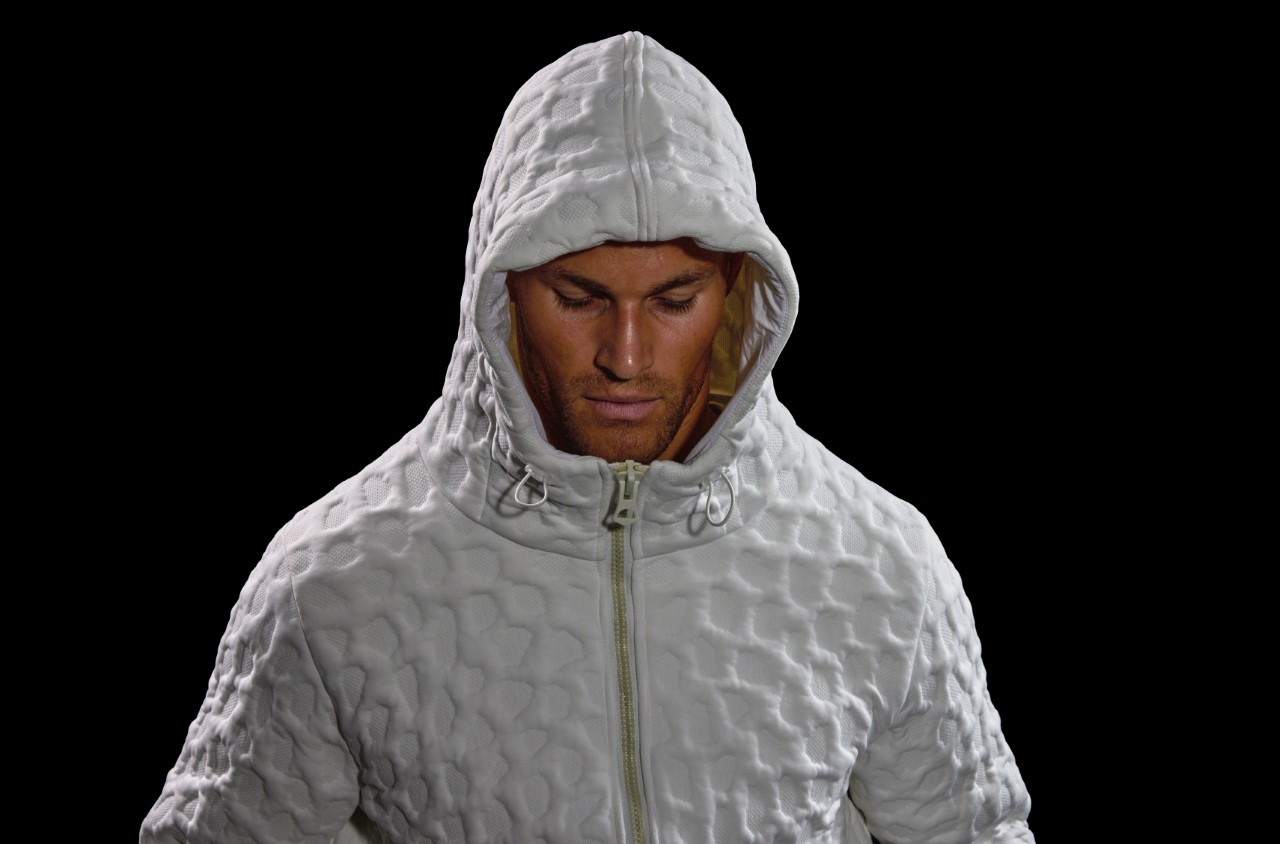 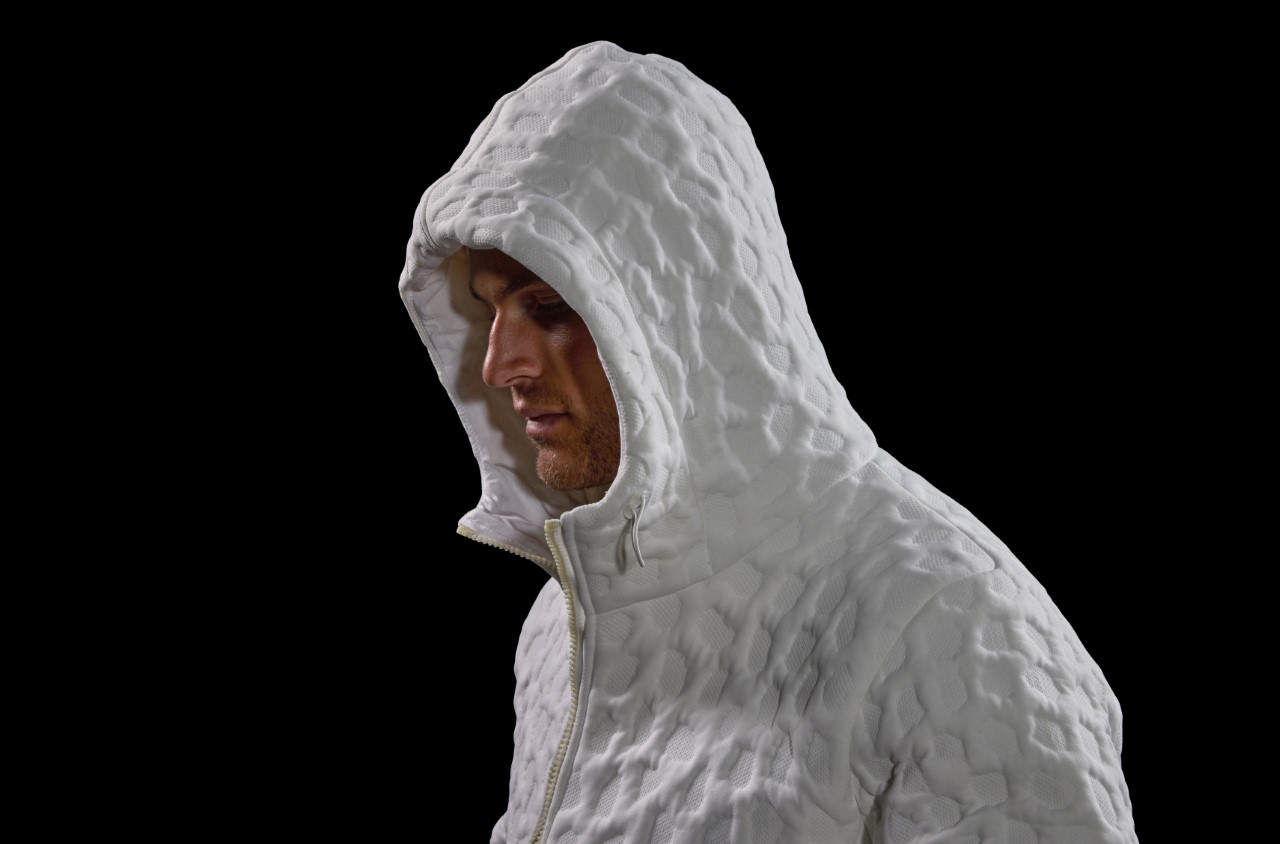 The Mars Hoodie is a double-layered, weighted, 3D-knitted hoodie created out of multi-dimensional fabric, employing a technology currently used to make beds. The machine stands at a whopping 2 meters tall, with eight yarn feeders that can be individually programmed to knit a single pixel or bit, within the textile. During the knitting process, the area between the upper and lower layer is pushed full of yarn and allowed to expand, giving it its custom puffy 3D appearance. In short, the machine is capable of weaving the jacket out of fibers and stuffing it with the same fibers simultaneously. 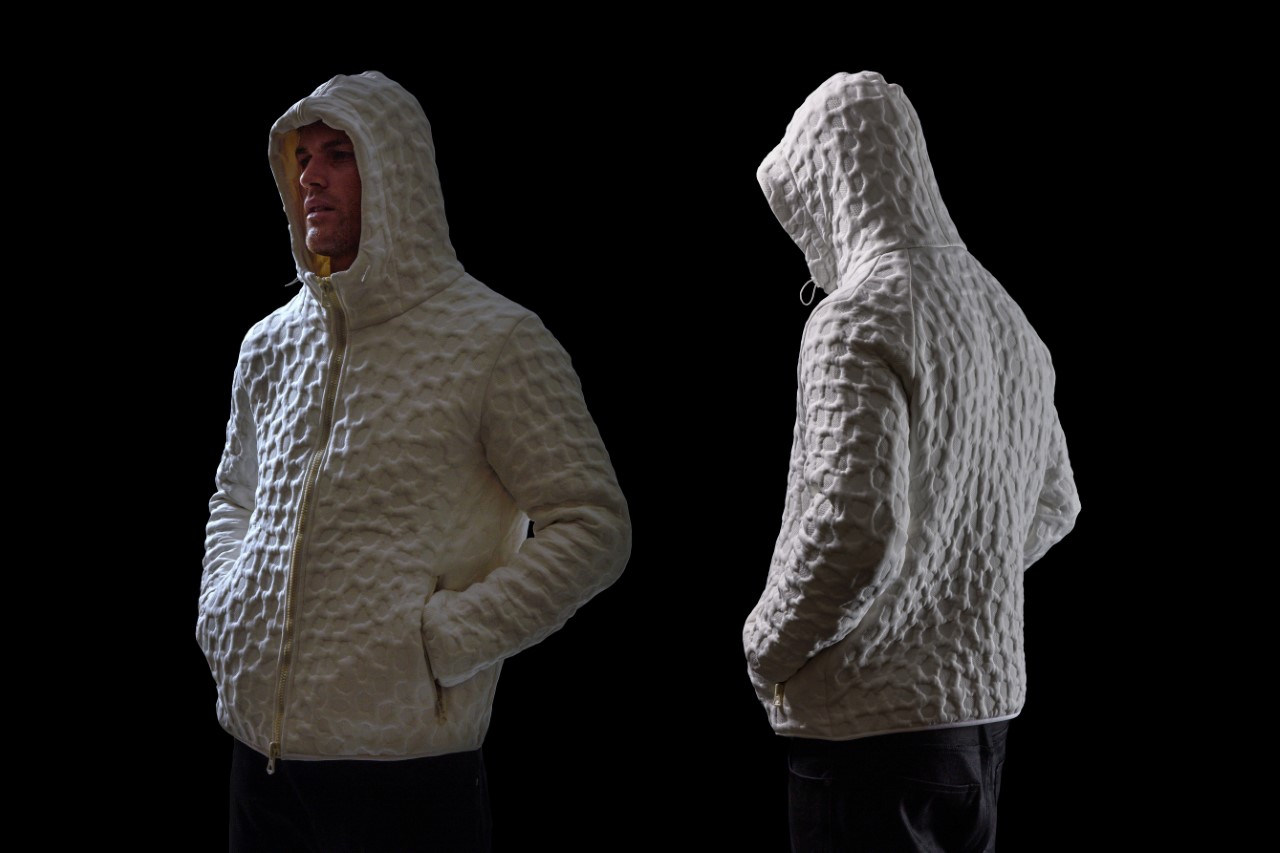 The Mars Hoodie, available in either white or black, is made from 50% recycled nylon and 50% virgin nylon.  It’s also embedded with anti-bacterial silver microparticles. These kill germs, bacteria, and odors and will prolong the life of your hoodie. “Because you don’t really want bacteria floating about in space. That never ends well in the movies”, the Tidball brothers mention casually. 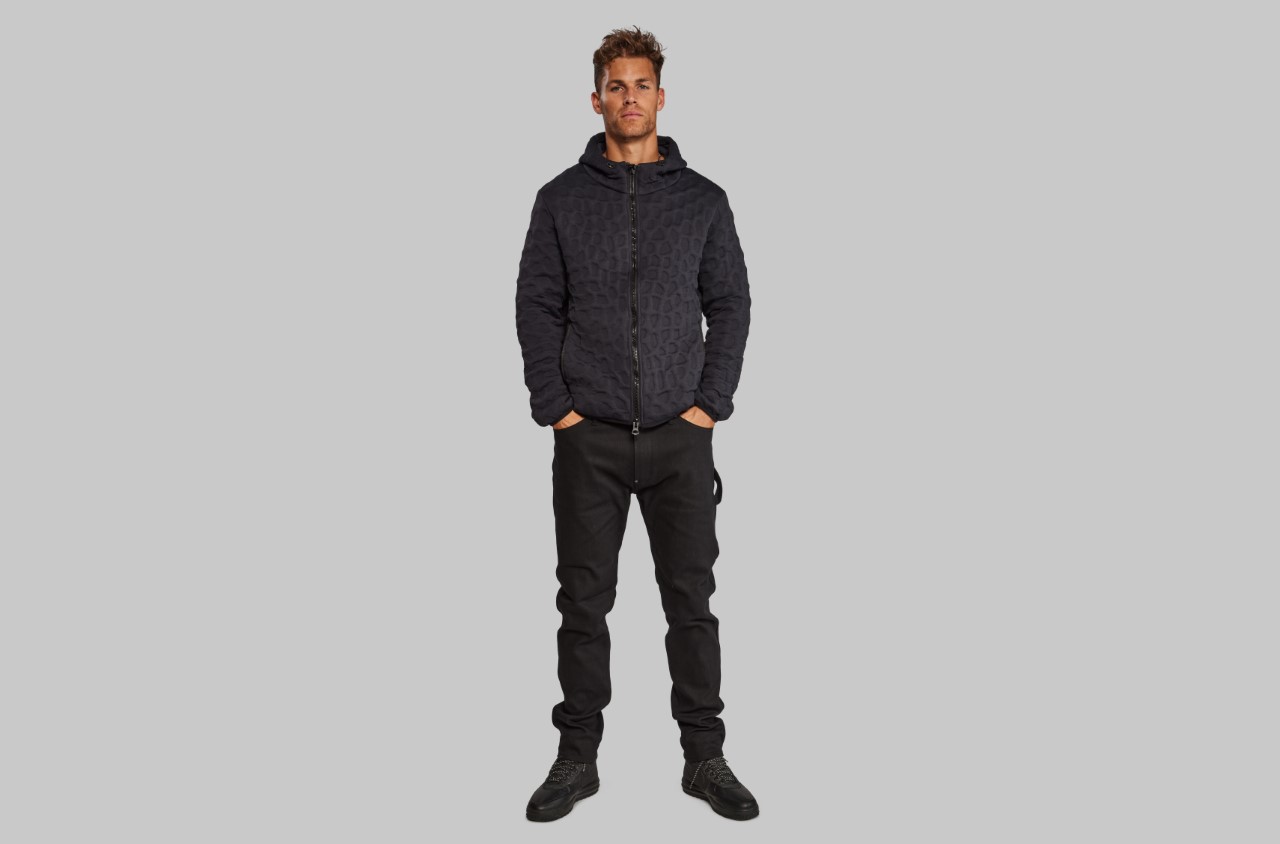 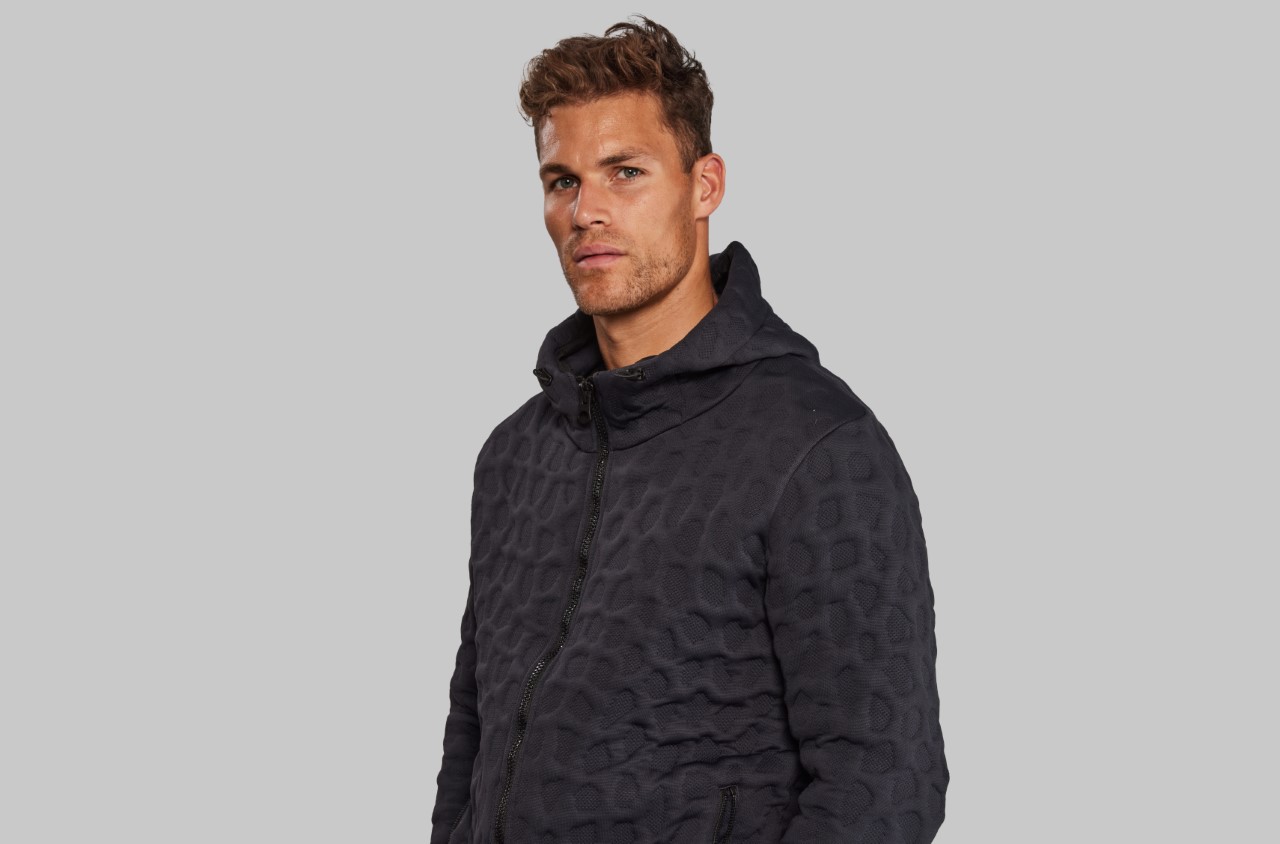 The hoodie’s puffed-up design feels almost like having a duvet wrapped around you. Several studies have shown that using a weighted blanket can help reduce stress and improve the quality of sleep – a feature that the Mars Hoodie wears proudly on its sleeve. A heavy-duty zipper and drawcords around the hood help you tightly secure your garment on your person, while a soft inner lining helps you feel comfortable over long periods of time. You’ll find two large, zipped pockets on the outside of the Mars Hoodie, which you can use either to store belongings or dig your hands into on a cold day. Wondering what to do on warm days? Well, the hoodie is also breathable and wicks moisture beautifully, making it quite literally perfect for wearing every day on Mars, the ISS, or heck, even on Earth. 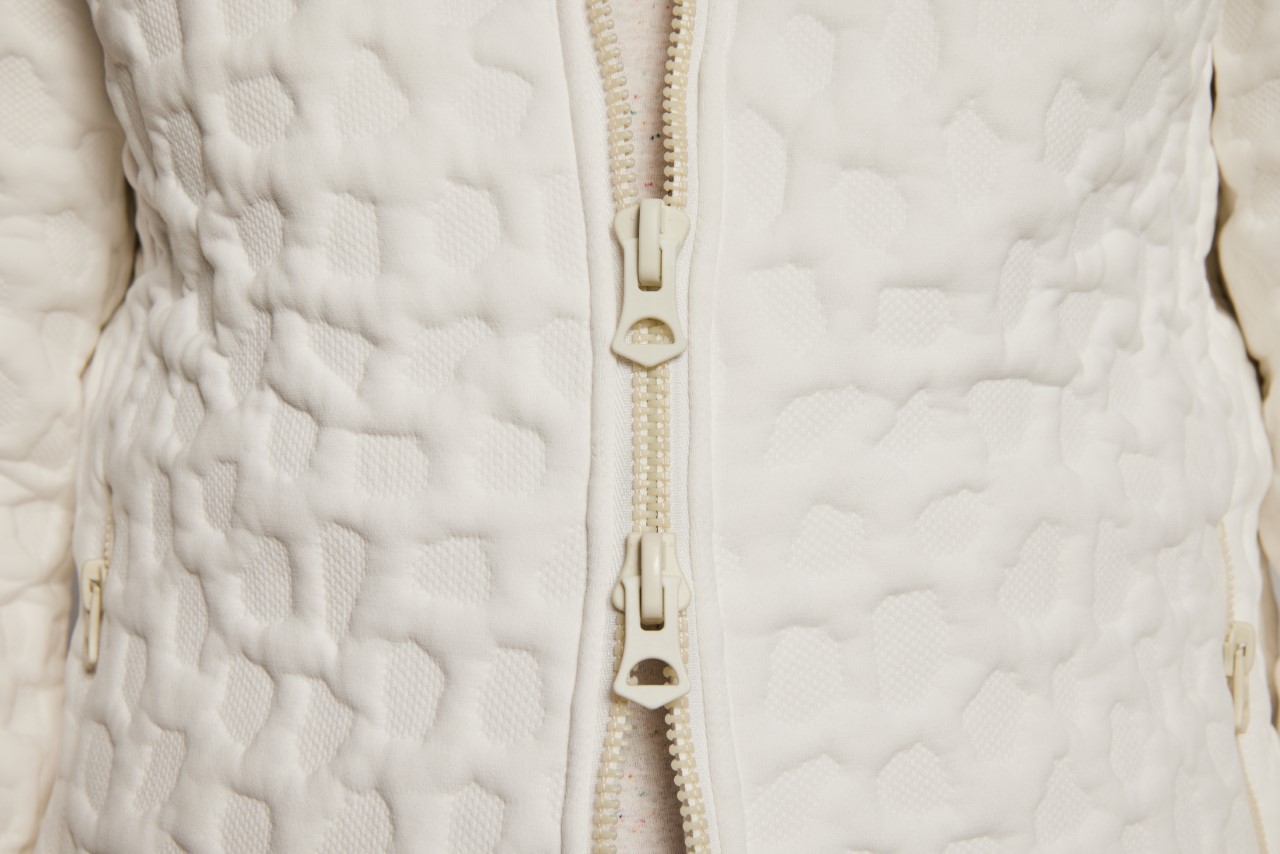 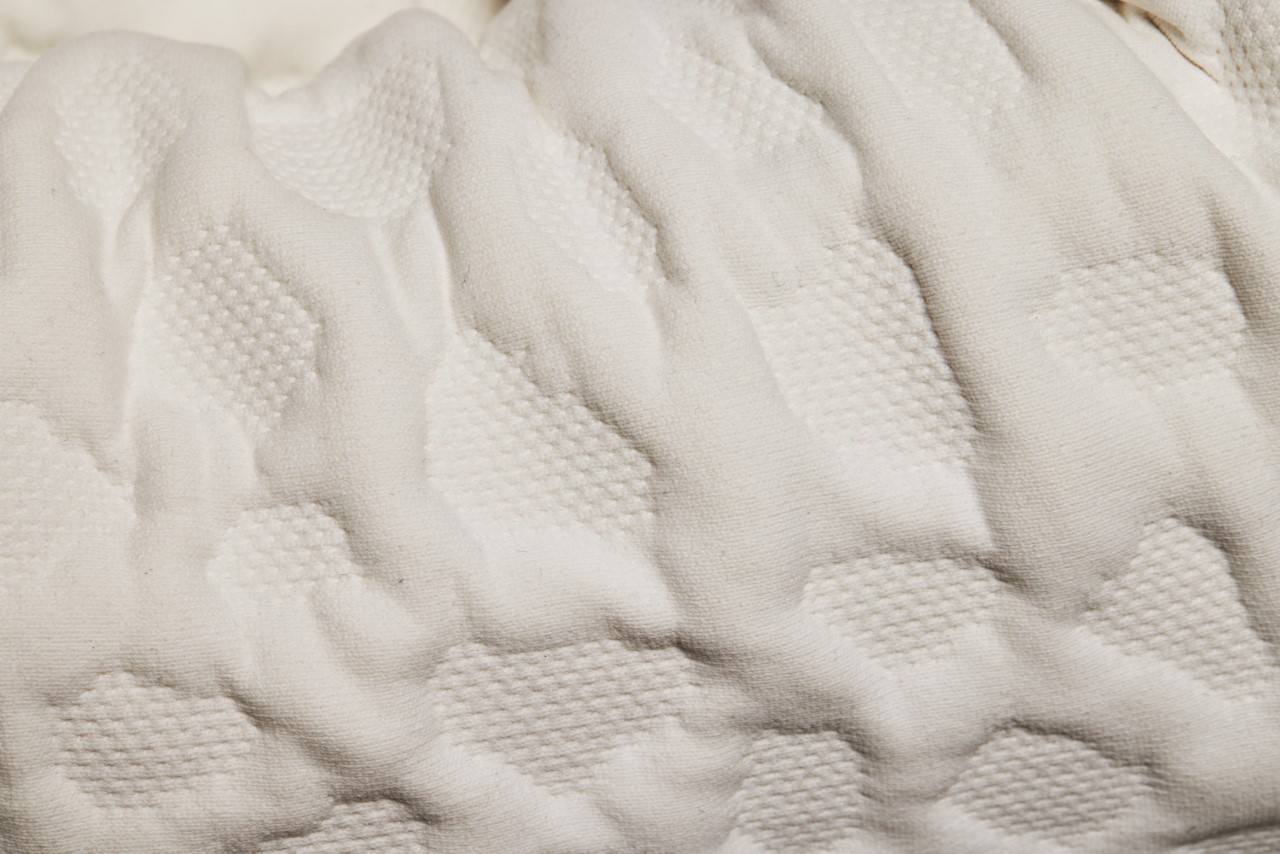 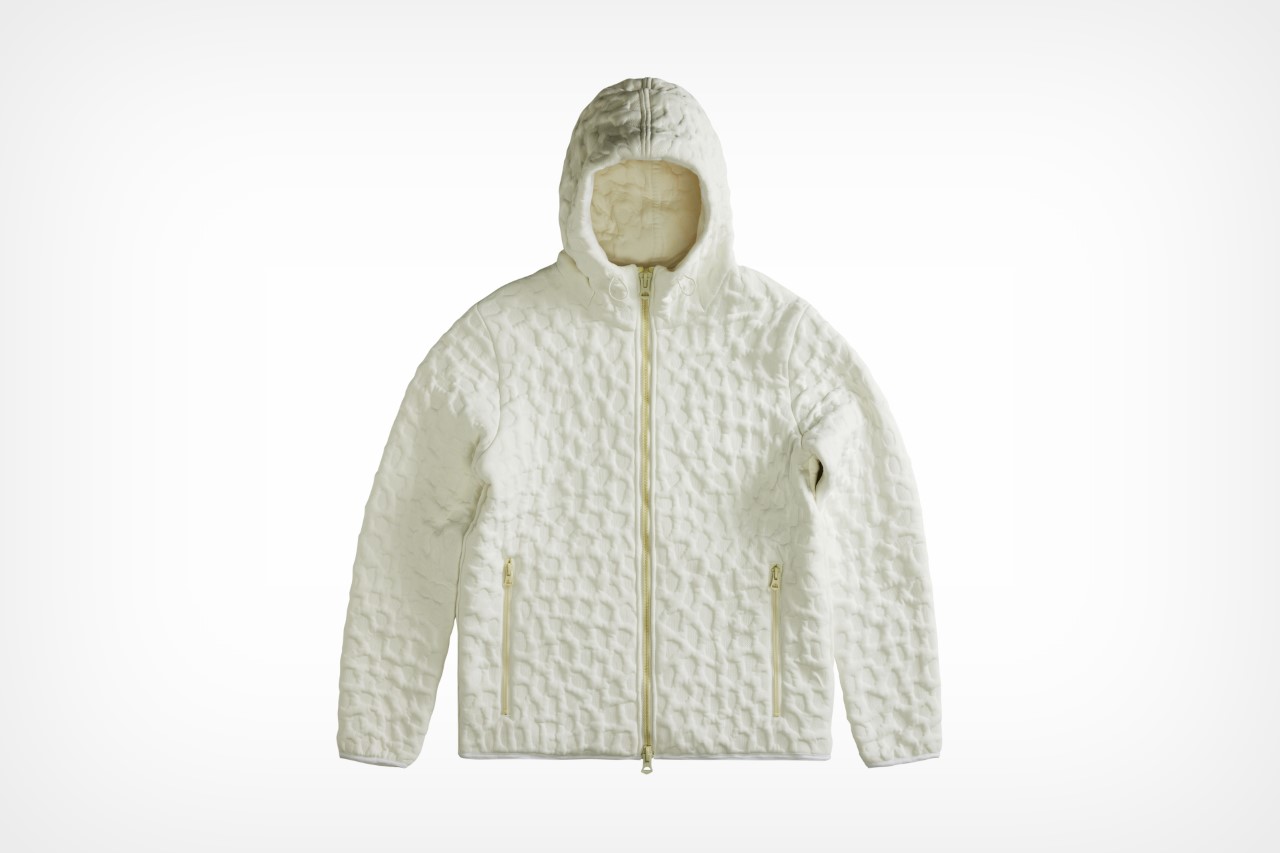 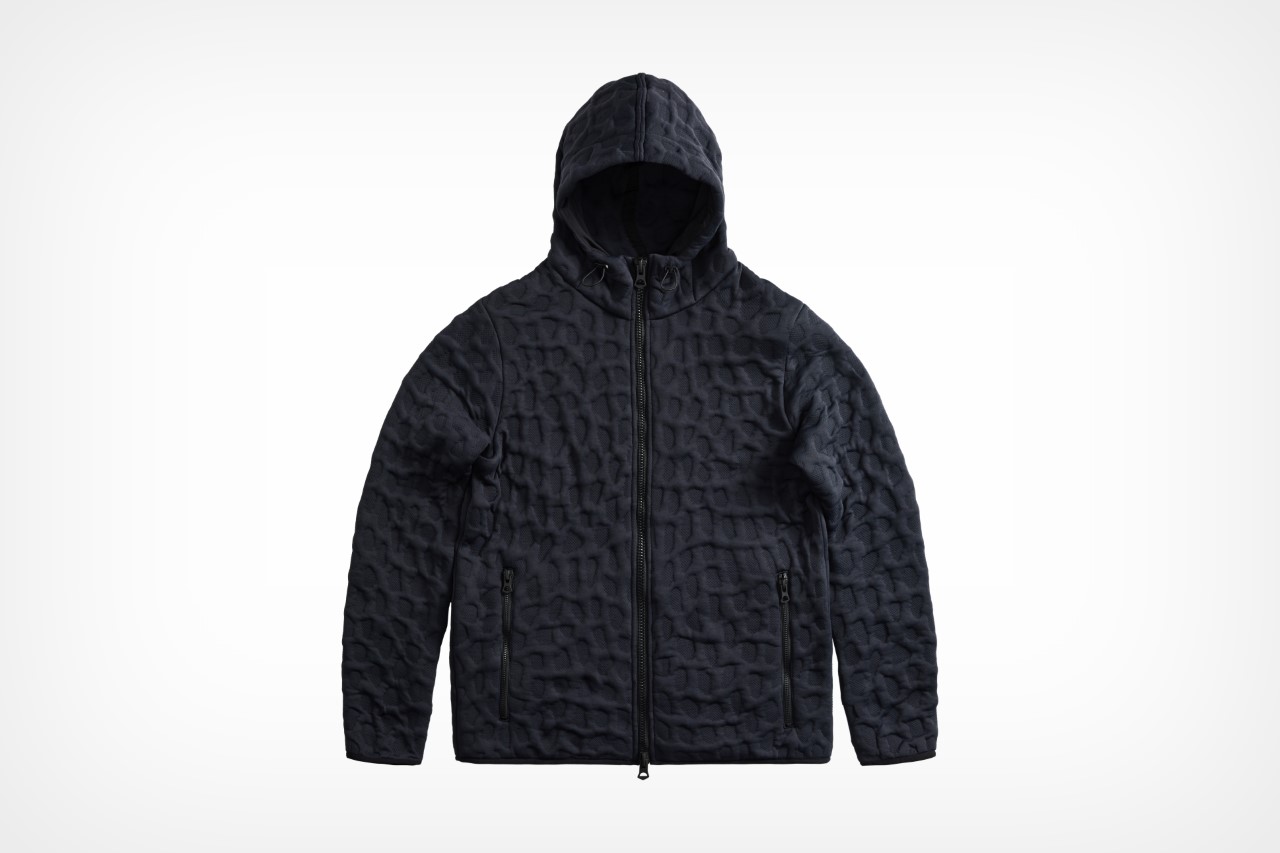 The B-Touch mobile phone takes the iPhone touchscreen revolution a step ahead by incorporating innovate features to make a touchscreen cellphone for the blind. Limitation…

Fiet is an interactive light sculpture that visualizes the emotional impact of movement. Hundreds of cones emphasize the motion of the surface, moving closer to…

As we know TAG-Heuer is celebrating 150 years of being in the business and The Carrera Calibre 1887 Chronograph is already on our wishlist. So…