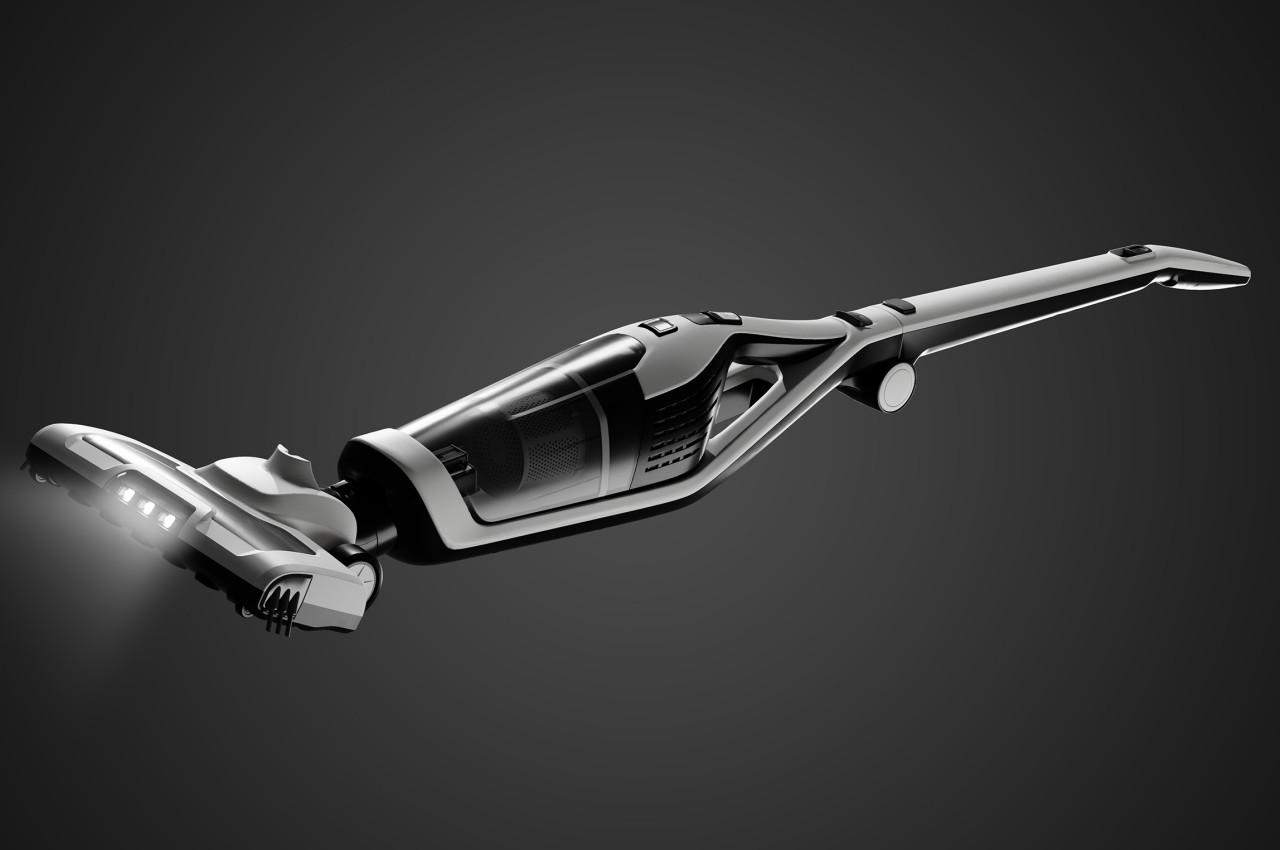 Protecting your house from harmful microorganisms and viruses isn’t just a matter of installing air purifiers and UV sanitizers in rooms. Keeping areas clean is also an important part of that process, especially when it comes to dirt that’s hard to see or materials that would emit harmful substances. Vacuum cleaners are, of course, one of the most common weapons in the war against dirt and grime, whether they be on floors, in corners, or in other places we can’t reach easily. The design of vacuum cleaners has shifted every now and then, sometimes embracing trends like minimalism. This design concept, however, goes in a different direction and heaps a ton of details on the vacuum cleaner, creating an appliance that wouldn’t look out of place in the robot-filled home of the future. 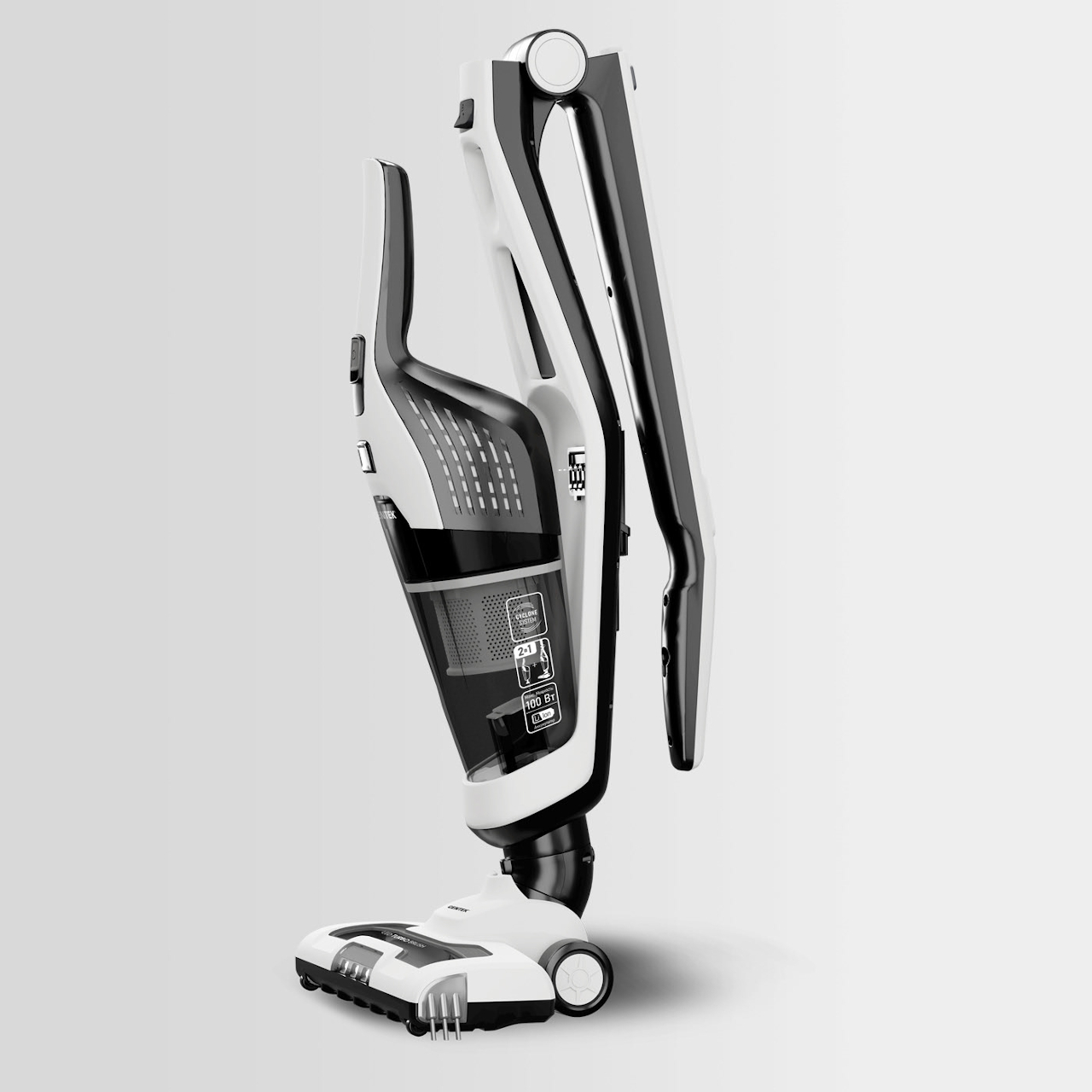 There was a time when the design of vacuum cleaners, at least the big ones that stand vertically, was pretty much standard. Its shape with a wide flat head and a bulky bag hanging from its body has become so iconic that it’s easy to identify it when it shows up on TV or in movies. Of course, design never really stands still, and soon vacuum cleaners have also changed their forms over time. Another common design involves just a hose attached to a boxy machine on wheels. More modern styles just have a long stick attached to a large canister that you can hold like a gun. 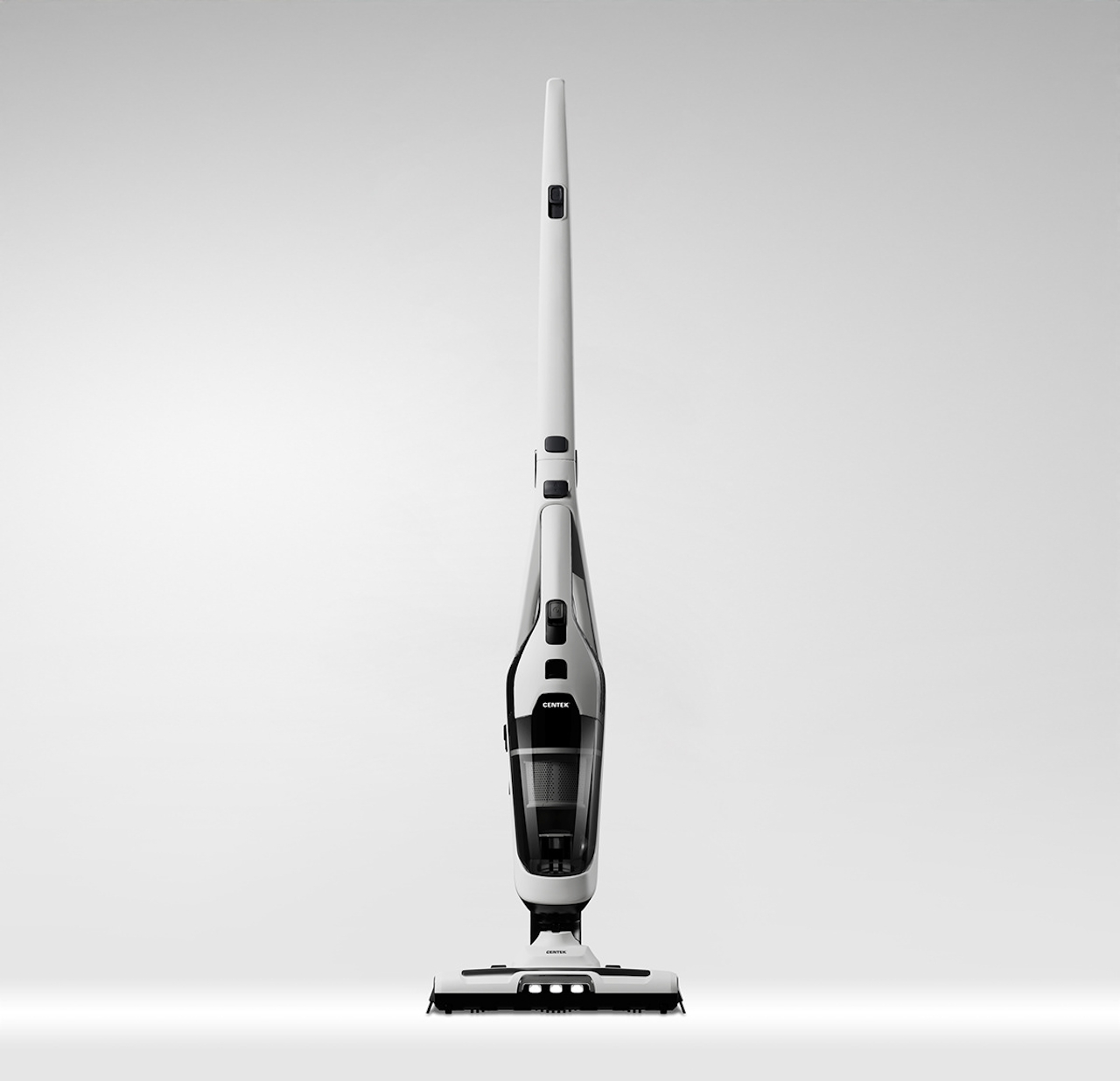 This vertical vacuum cleaner concept seems to combine the old and the new in a design with a more futuristic flavor. You almost have the same silhouette as a traditional vacuum cleaner, with that wide head and a rather bulky middle body. Its modular and configurable parts, however, are modern touches, especially when it comes to the sleek and smooth surfaces that embody this appliance. 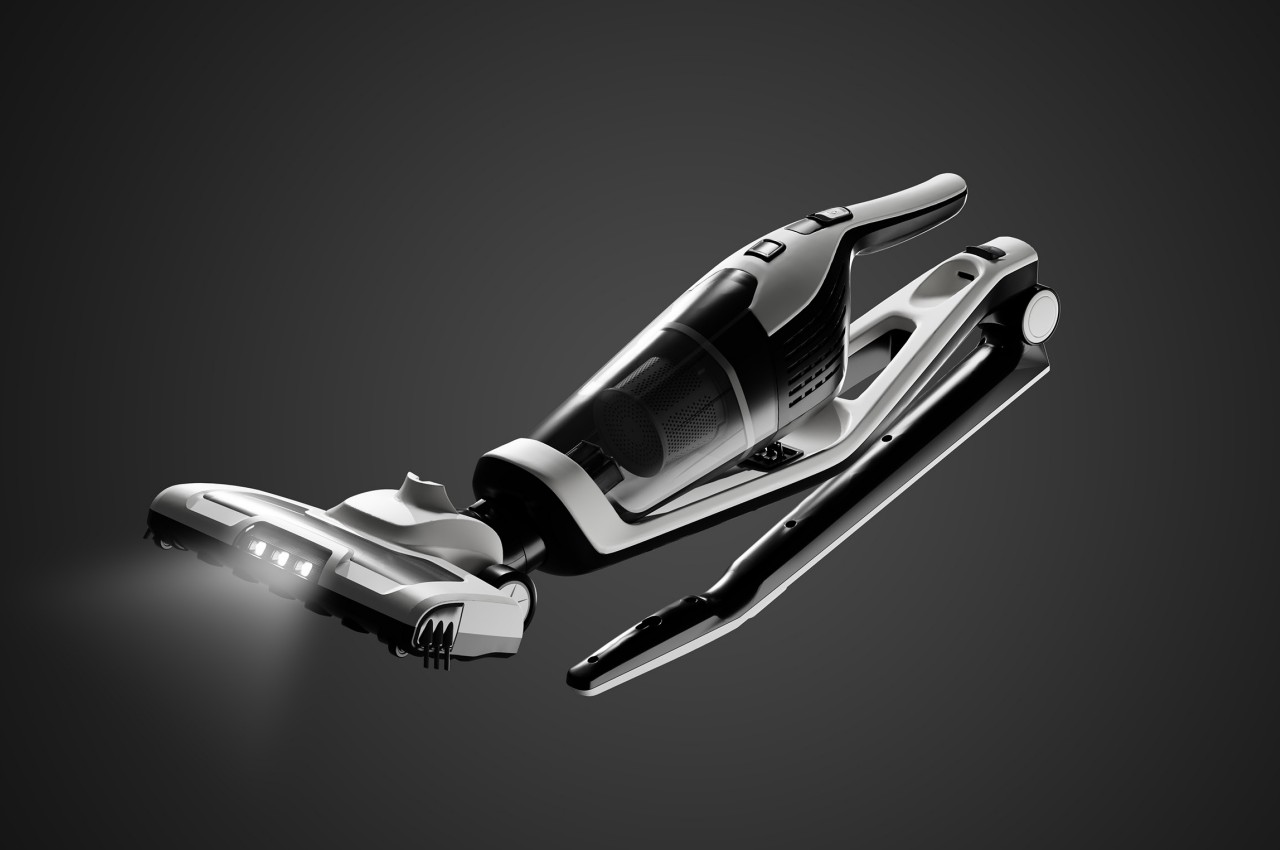 Parts of the vacuum cleaner are specifically designed to give it a more futuristic or sci-fi vibe. The head, for example, looks almost like the front of a spacecraft, especially with its three bright LED lights that might be of help when vacuuming darker areas under furniture. The transparent area of the actual vacuum machine and the white and black motif are also typical of many sci-fi props. 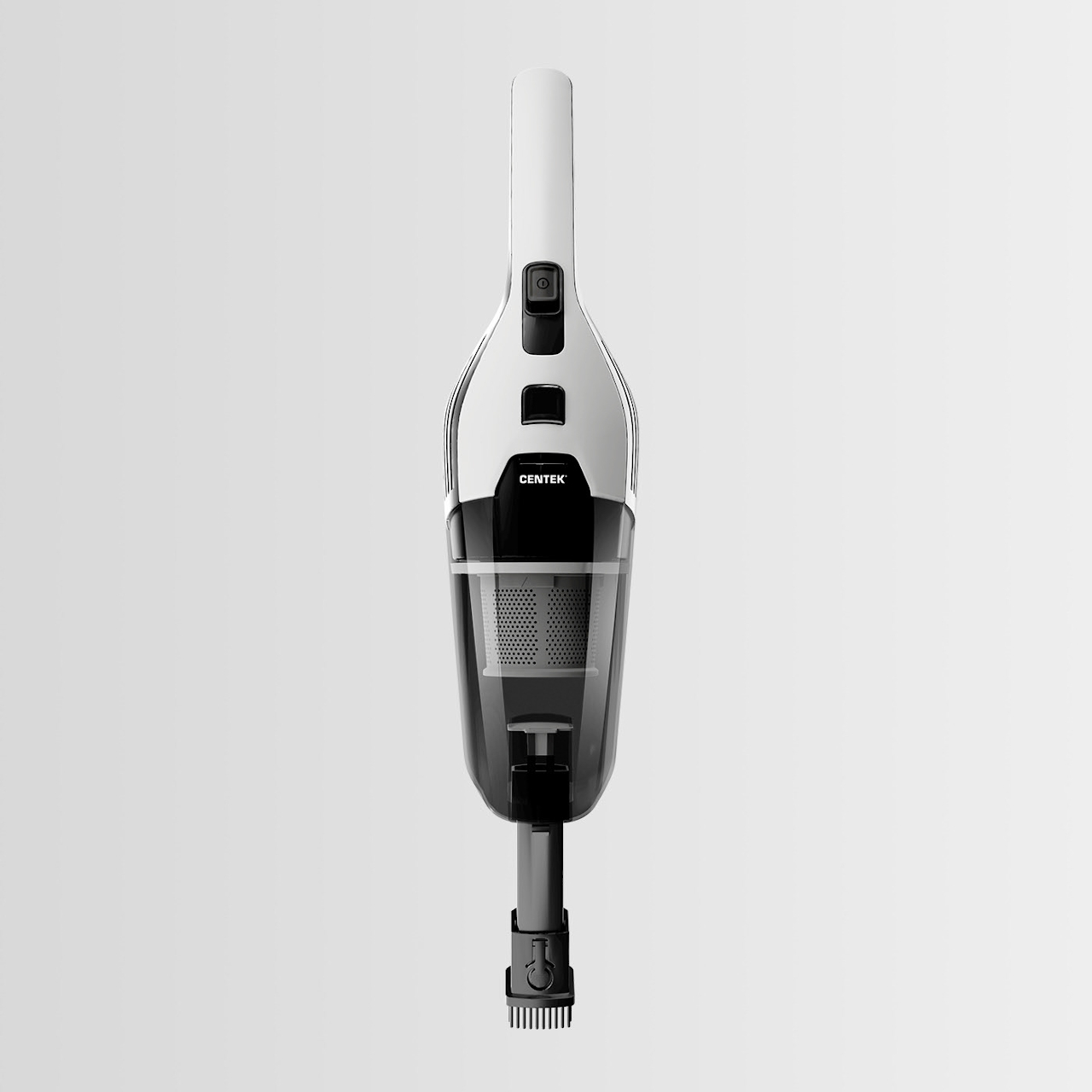 It’s also futuristic in terms of intended functionality, like how the main body detaches to become a handheld vacuum. You could almost say that this is a handheld vacuum cleaner with a vertical vacuum dock instead. Additionally, its rod can be folded back for more compact storage. Given the size of its body parts, it’s not exactly impossible to turn this into a robot vacuum cleaner, merrily going about its way to clean your floors and then quietly folding itself into an alcove after it finishes its chores. 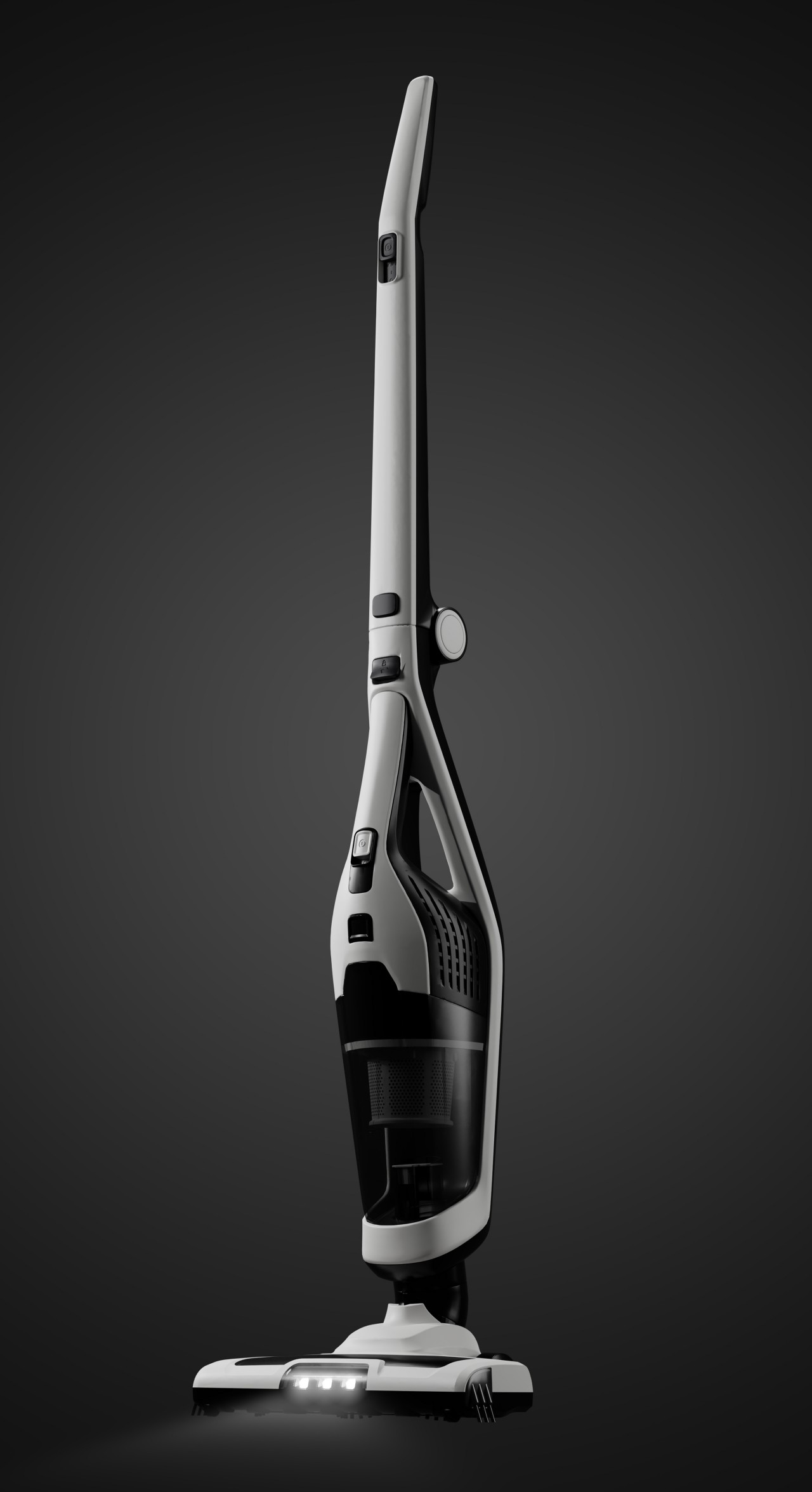 This Kettle is a Keeper

As simple as a kettle’s functionality is, the market is surprisingly saturated with overly-designed products. It’s like every manufacturer got together and decided that everyone…

Every year, the LEXUS DESIGN AWARD invites students and up-and-coming designers to envision a ‘Brighter Future’ for the people and the planet. Free to participate…

The Smartest Kitchen Ever

The future of kitchens lies in how tech savvy and “Smart” they are going to be. Vestel Assist is a good indication how technology and…