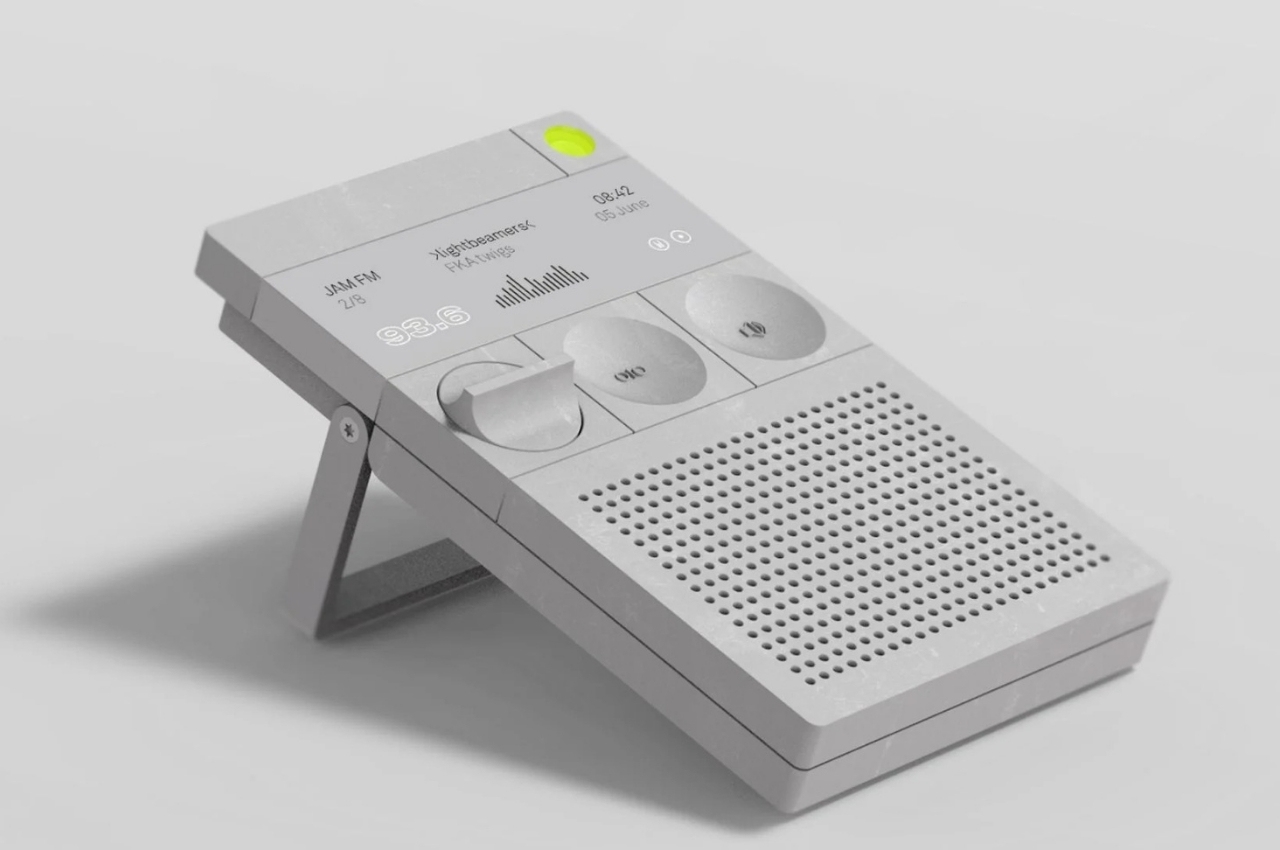 With things like Spotify, Apple Music, Pandora, etc, listening to your favorite music and podcasts have never been more accessible. You just open your smartphone or whatever device and you can already start queuing up your playlist or the latest episode. But there are those who still want to do it old school by listening to music and shows through radio stations (yes, they’re still around). Devices that can play radio are becoming few and far between but there are still some designs floating around that will make you want to have them in your living room or works space. 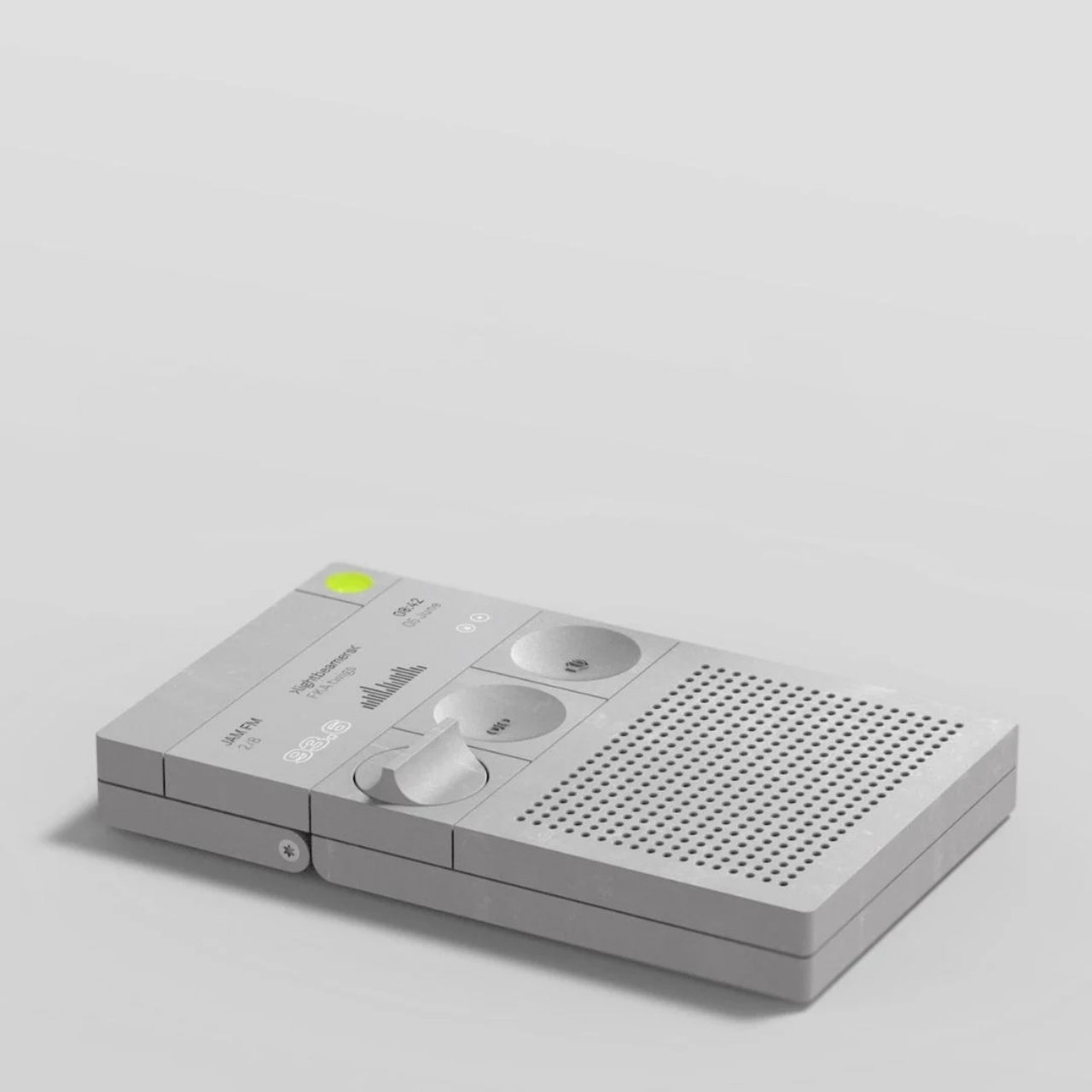 Radio Desk is a concept design for a radio device that you can place on your desk, as its name states. It has a monochromatic gray design with a stone-like surface, making it a perfect addition to your minimalist desk aesthetic. The Berlin-based designer says the design is inspired by those vintage Braun HiFi collections that you may have seen in your grandparents’ house (or maybe your own), if you’re of a certain age. It looks like an old-school remote control or gaming console at first glance. 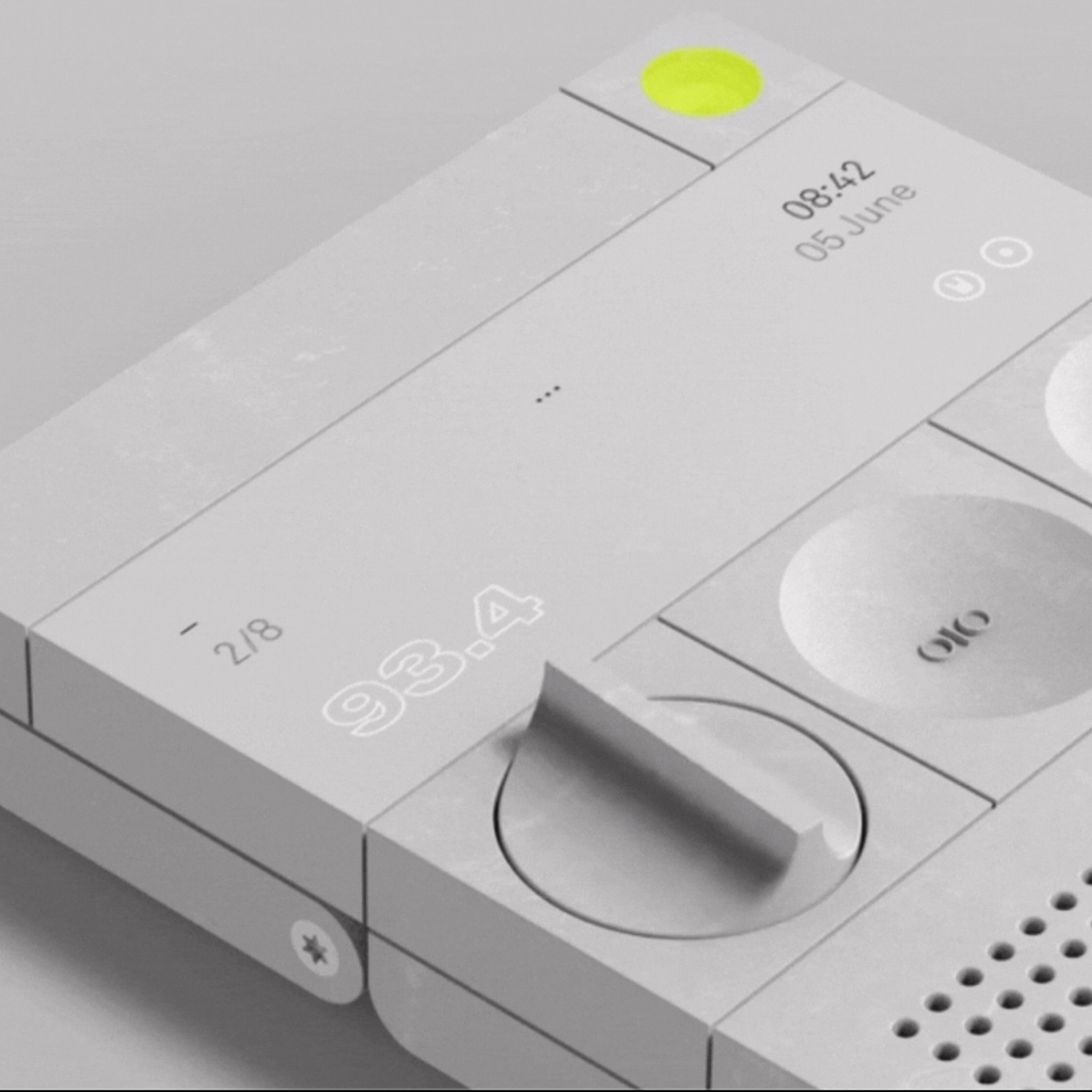 The controls and the interface are pretty simple and minimalist in design and in color. In fact, you won’t notice that there’s a display until the frequency numbers start moving as you turn the dial. The display also shows the date, time, station, and even the track that’s playing. For the user interface, you get two buttons, one for the volume and one that is pretty unclear what it represents but it’s probably to add or remove slots. The encoder is a simple dial that controls various functions like volume, frequency search, or slot change. 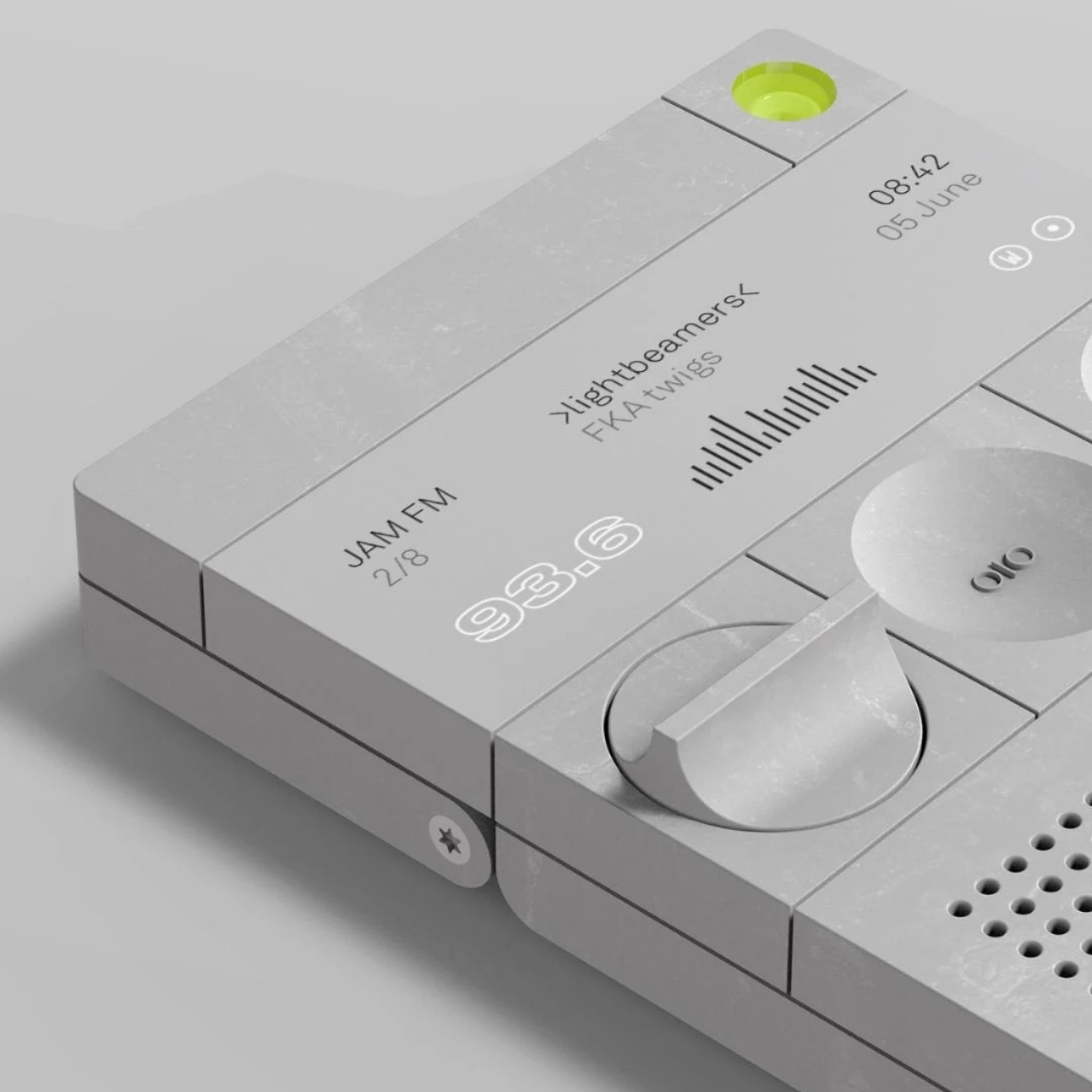 The rest of the Radio Desk is the speaker itself with the traditional speaker holes patterns that we see in most traditional devices. You can place the radio flat on your desk or if you want it to be raised, there’s a small stand built in the back. It can look right at home in your work space or even on your shelf, wherever you want to have some music, podcasts, radio shows, or audio books playing. Since it’s still a concept for now, we don’t know about the audio quality which is a pretty important part of any audio device. We’ll have to wait and see when it becomes an actual device. 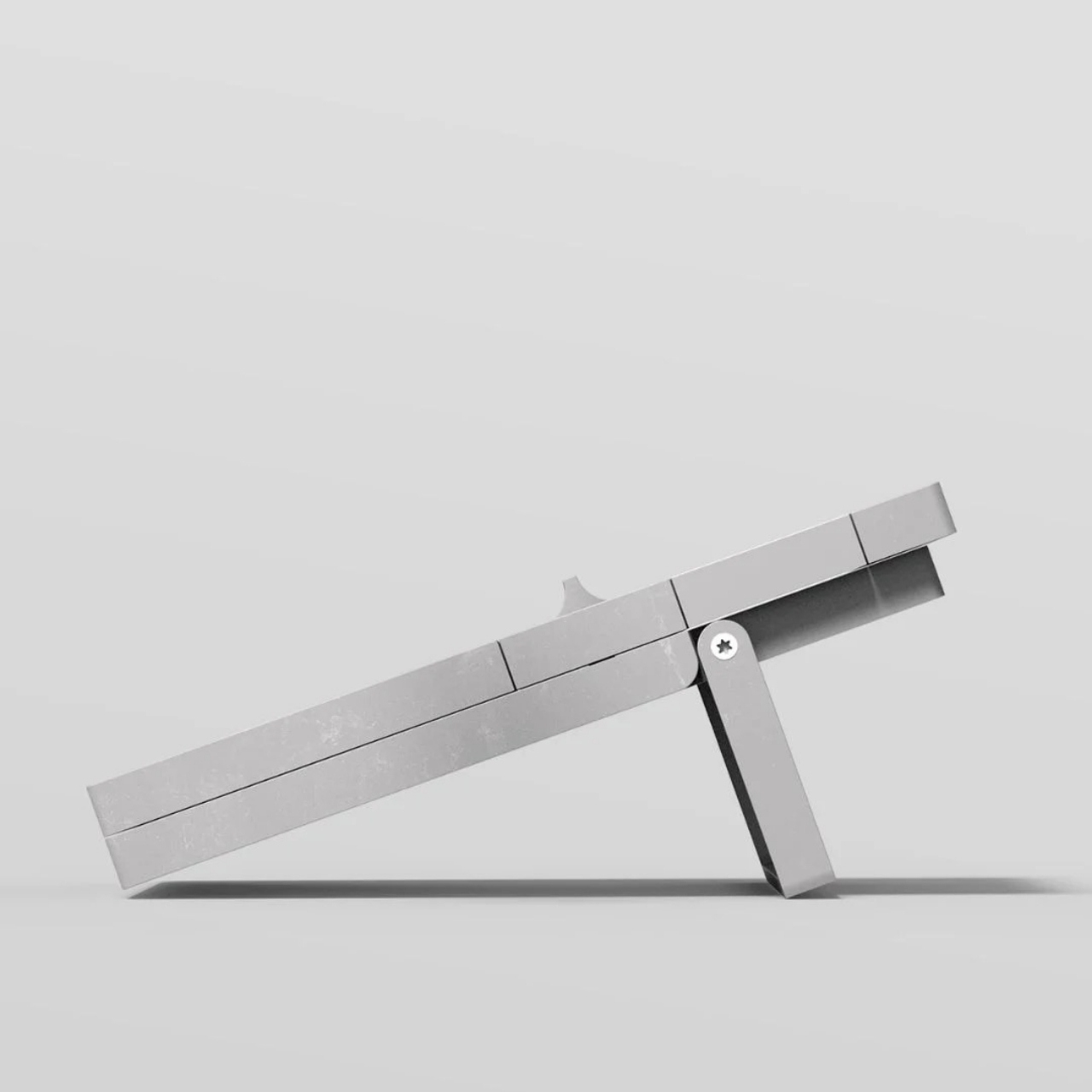 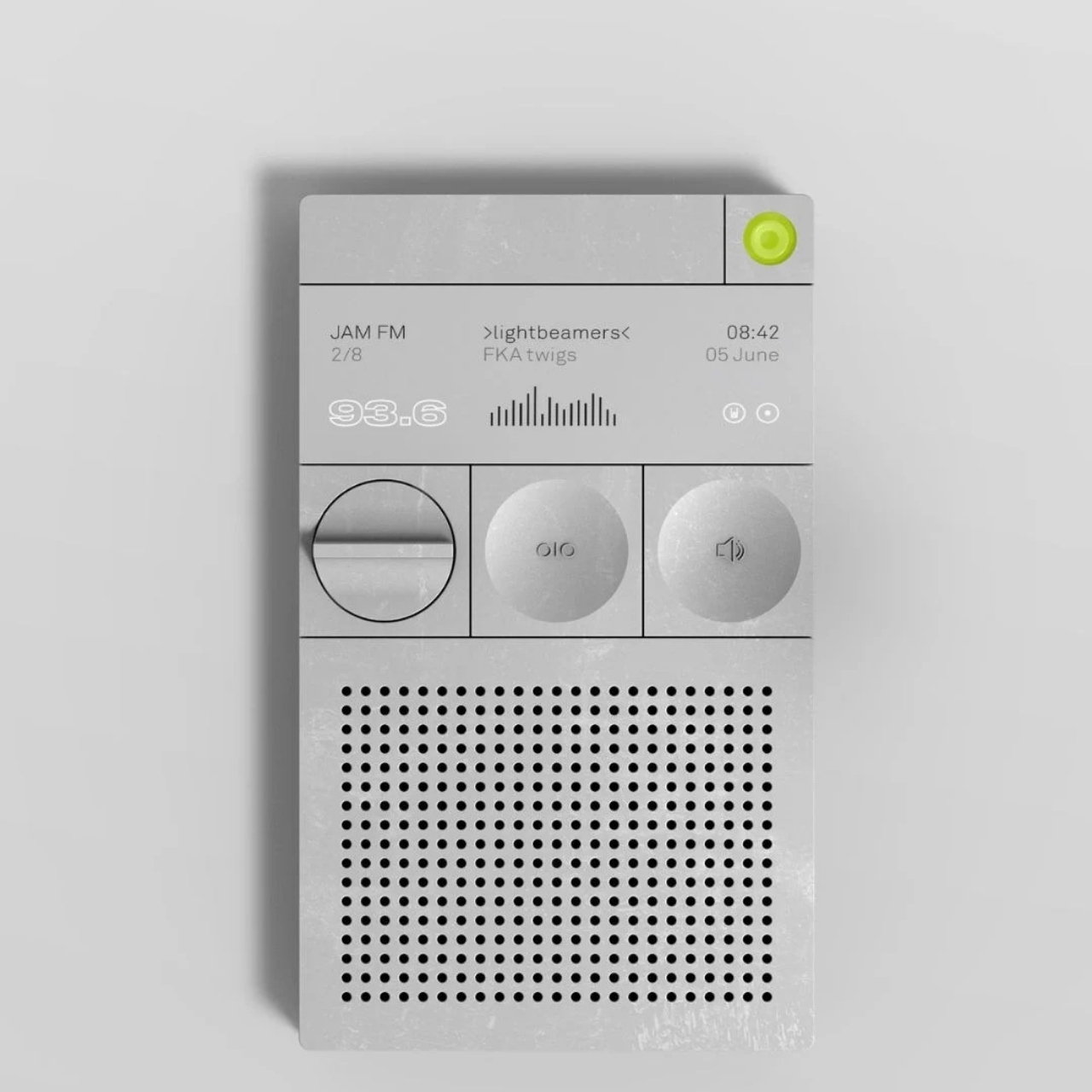 The Trio charging station is a great way to start the accessory trend for the first ever Apple Watch! Between your phone, watch, & other…

Well here is a novel concept. The Expansion Loudspeakers are a set or rings docked to a base station connected to a computer via USB….

Be tangle-free until we’re cable-free!

Until we go completely wireless, earphone cords and mobile phone charging cables are must haves… which means tangles and knots aren’t going anywhere soon either….

The LMacTouch: Perfect Desktop for a Perfect World?

When you think “modern computer,” you think size, portability, functionality, and case aesthetics. What else? The LMacTouch has the good stuff. It’s got a touch…