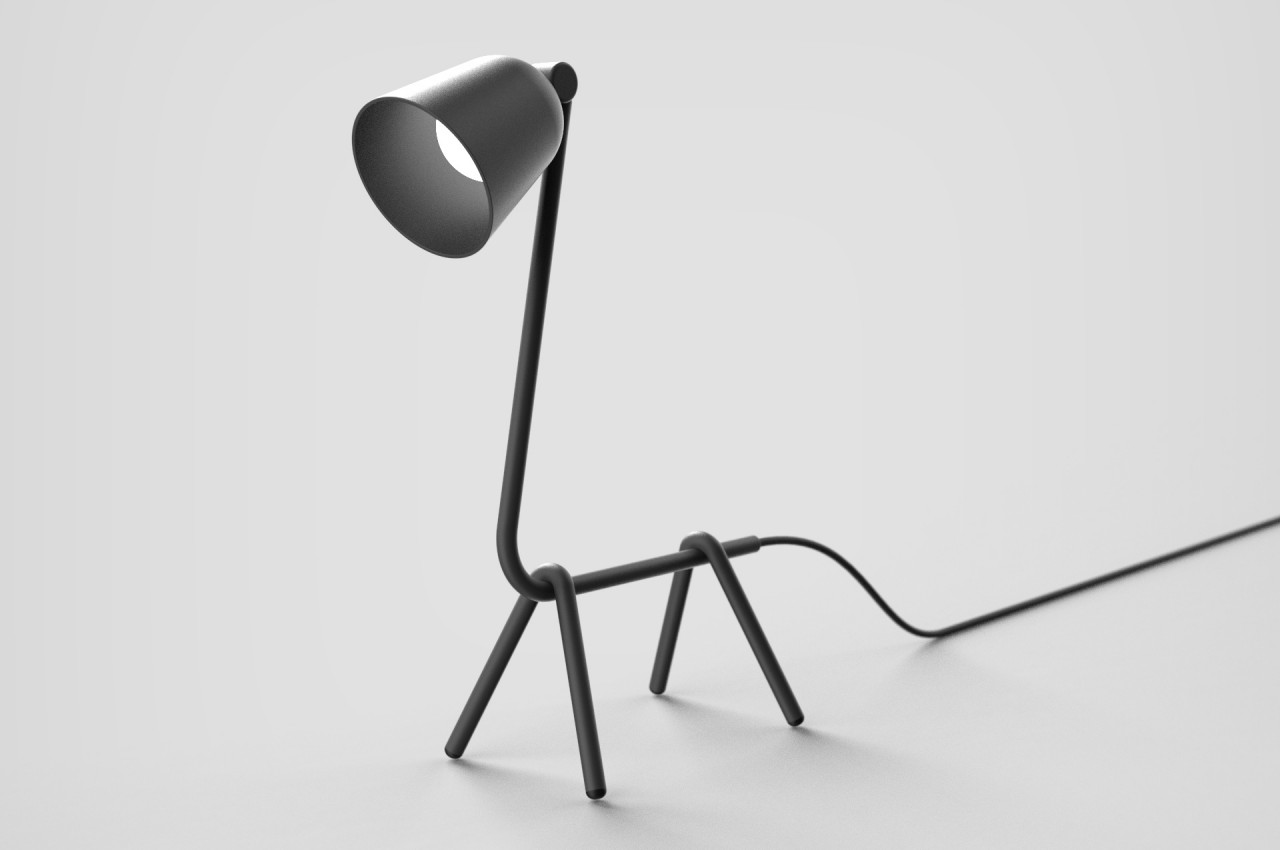 We have long passed the stage where lamps were simply functional equipment on desks and ceilings. While many do still serve that role, plenty of lamps have also become decorative pieces that adorn surfaces and rooms. To be visually interesting, however, doesn’t require being extravagant or sophisticated. There are plenty of eye-catching minimalist lamp designs, and those tend to actually be more popular in most cases. You can’t get more minimal than a metal rod, a lampshade, and a bulb, which are the basic parts of any lamp. This lamp design concept, however, arranges these parts into an interesting composition that will almost make you think that it’s some cute animal on your desk. 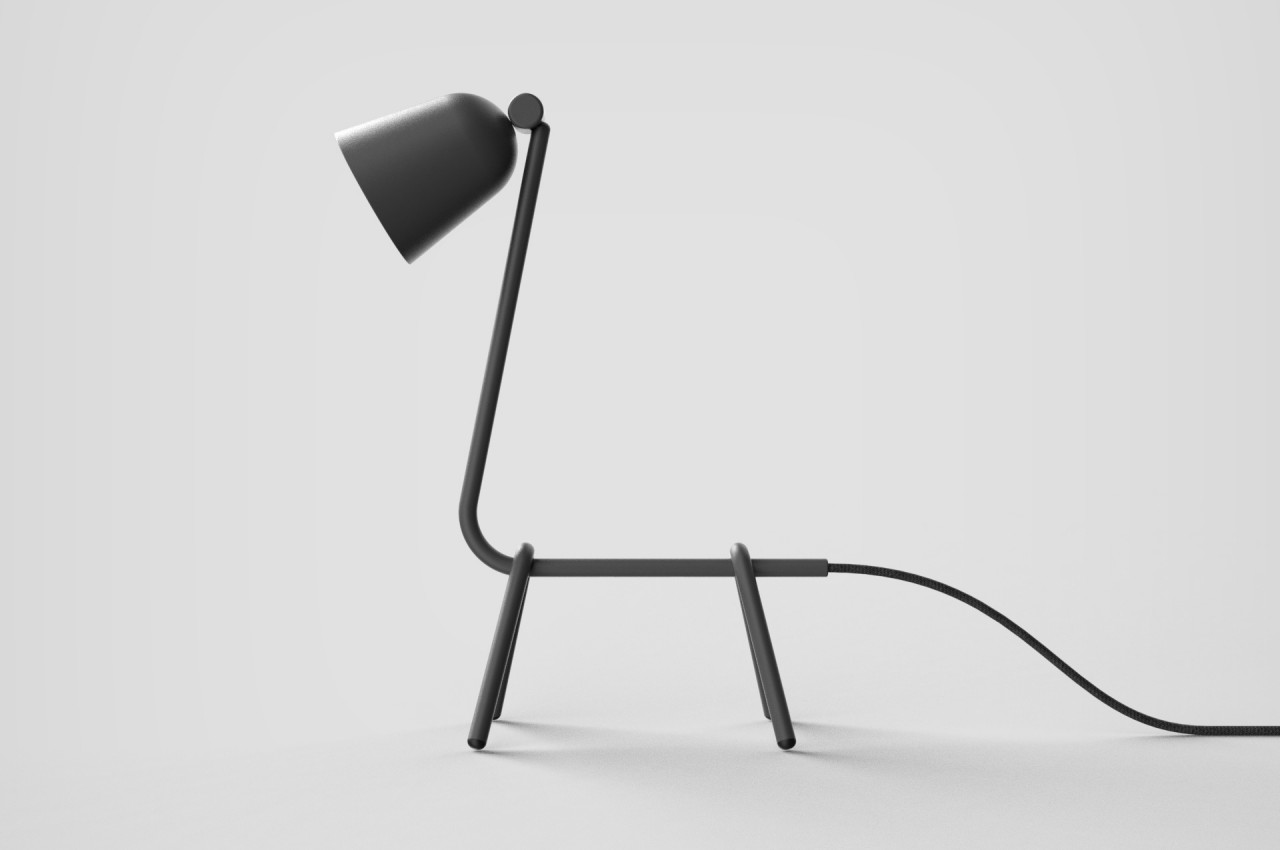 Some say that having pets can be a good thing for our minds and hearts. Since not everyone can have animal friends, however, even looking at cute animal photos has been noted to have positive effects on morale. More often than not, anything that we can associate with happy memories or cute things can help relieve stress, especially if it’s in front of us or at least always within view.

This lamp concept tries to apply that psychological principle in the most minimalist way possible. There is a bulb enclosed in a typical cone that’s just big enough to fit it. The rest is made up of three metal rods bent to form a crude shape of an animal. Rather than removing the power cord, it acts as the animal’s long tail that goes off to the edge of the table’s surface. that go In other words, this is the animal equivalent of a stick figure human. 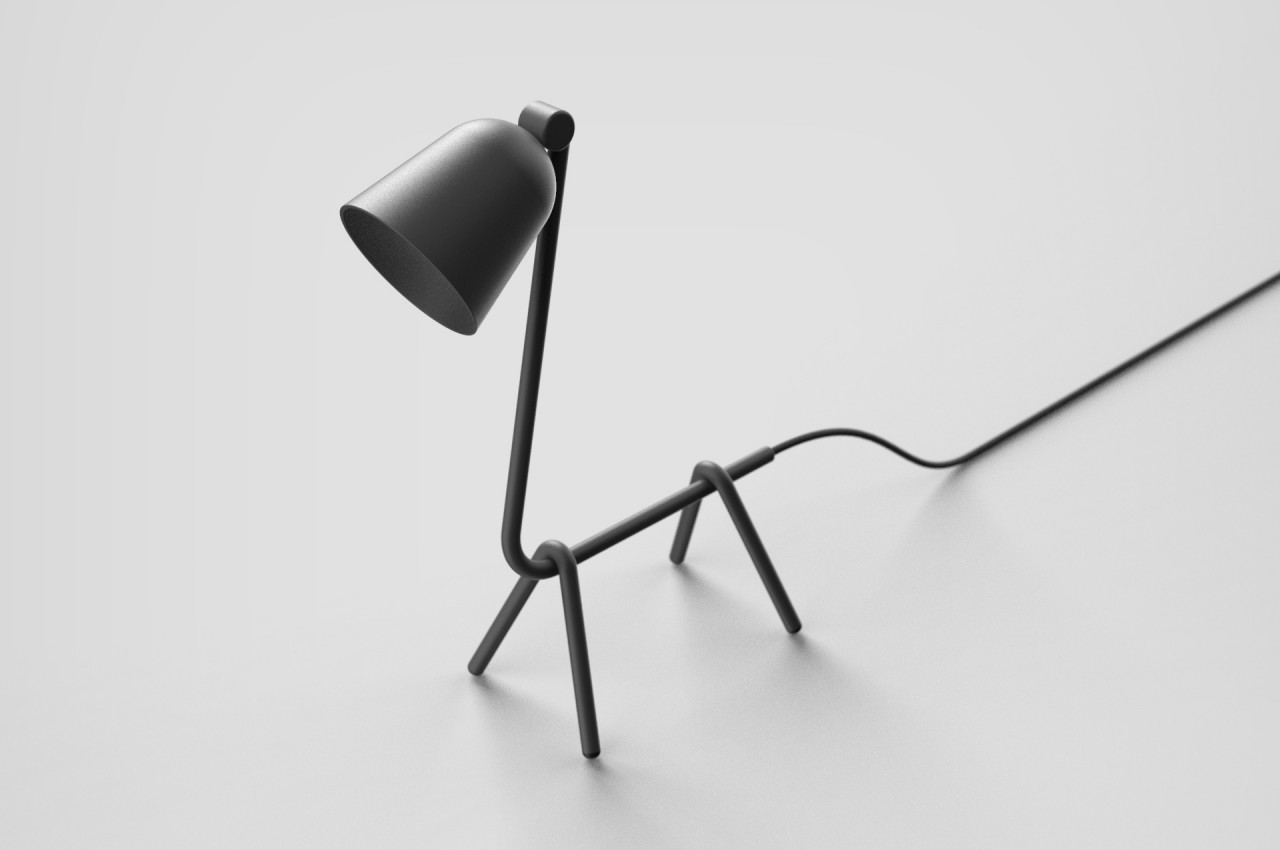 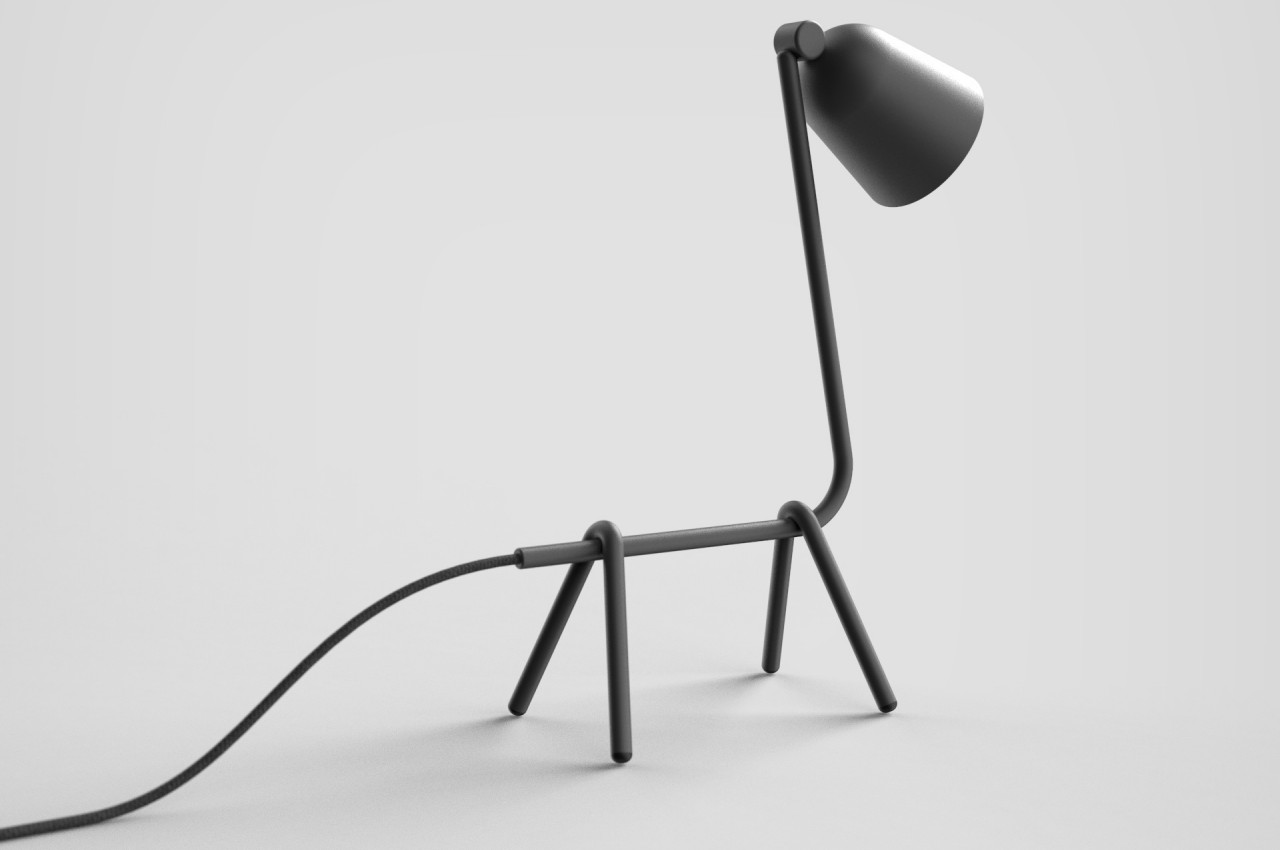 The design doesn’t explicitly mention specific materials or colors, though it looks more like black powder-coated metal that would easily stand out on any desk. Black definitely helps reinforce the association with a stick figure, and it contrasts nicely with the light that’s coming from its head. Despite the cold material and almost industrial design, the smooth curves and rounded ends give it a softer image.

The design is simple to the point of being overly simplistic. It relies on our amazing human brains to fill in the gaps and associate it with some favorite four-legged critter, whether that’s a dog, a cat, or a giraffe. It only does the bare minimum to make something look like a finished product, but it still manages to send the message across. In fact, it might be exactly because of that simplicity that allows our minds to assign a familiar animal to what is technically just a bunch of lines and shapes. 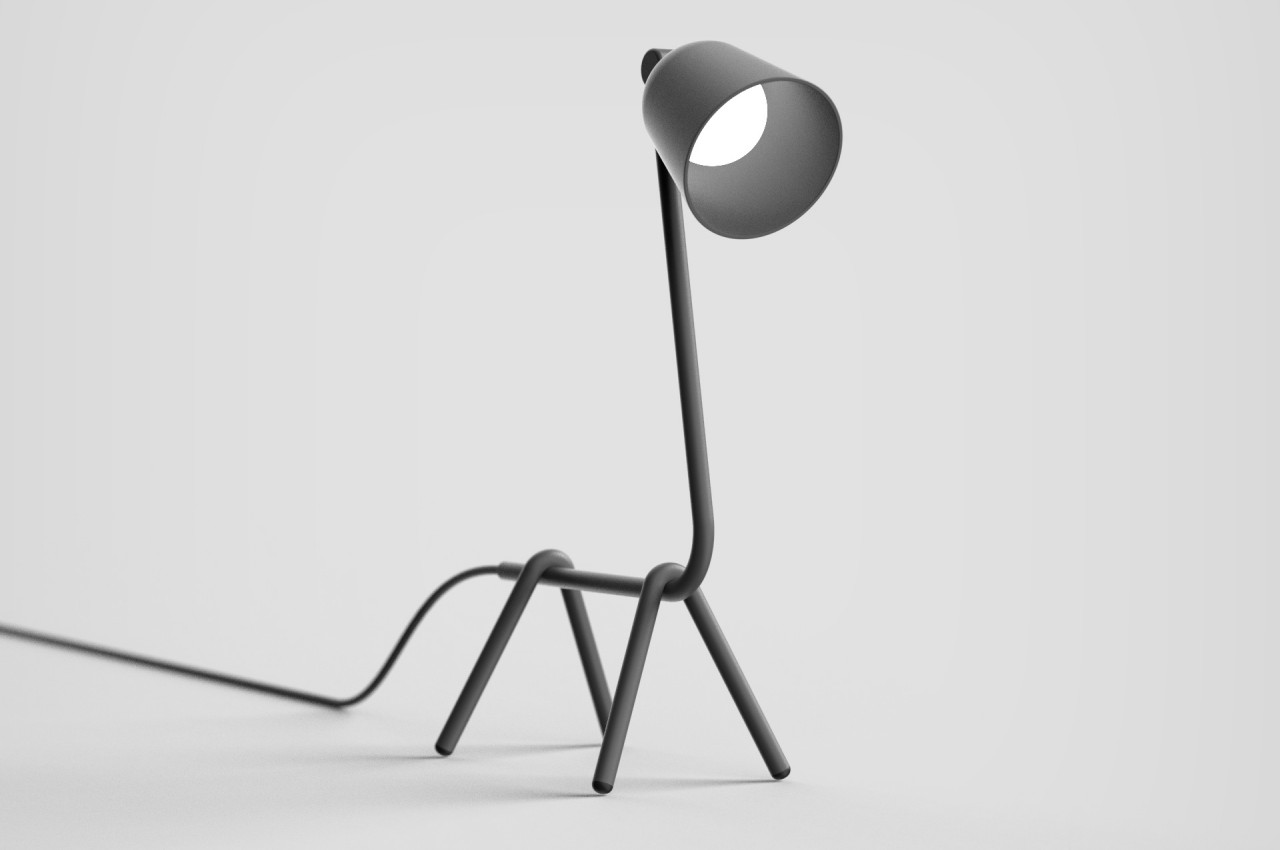 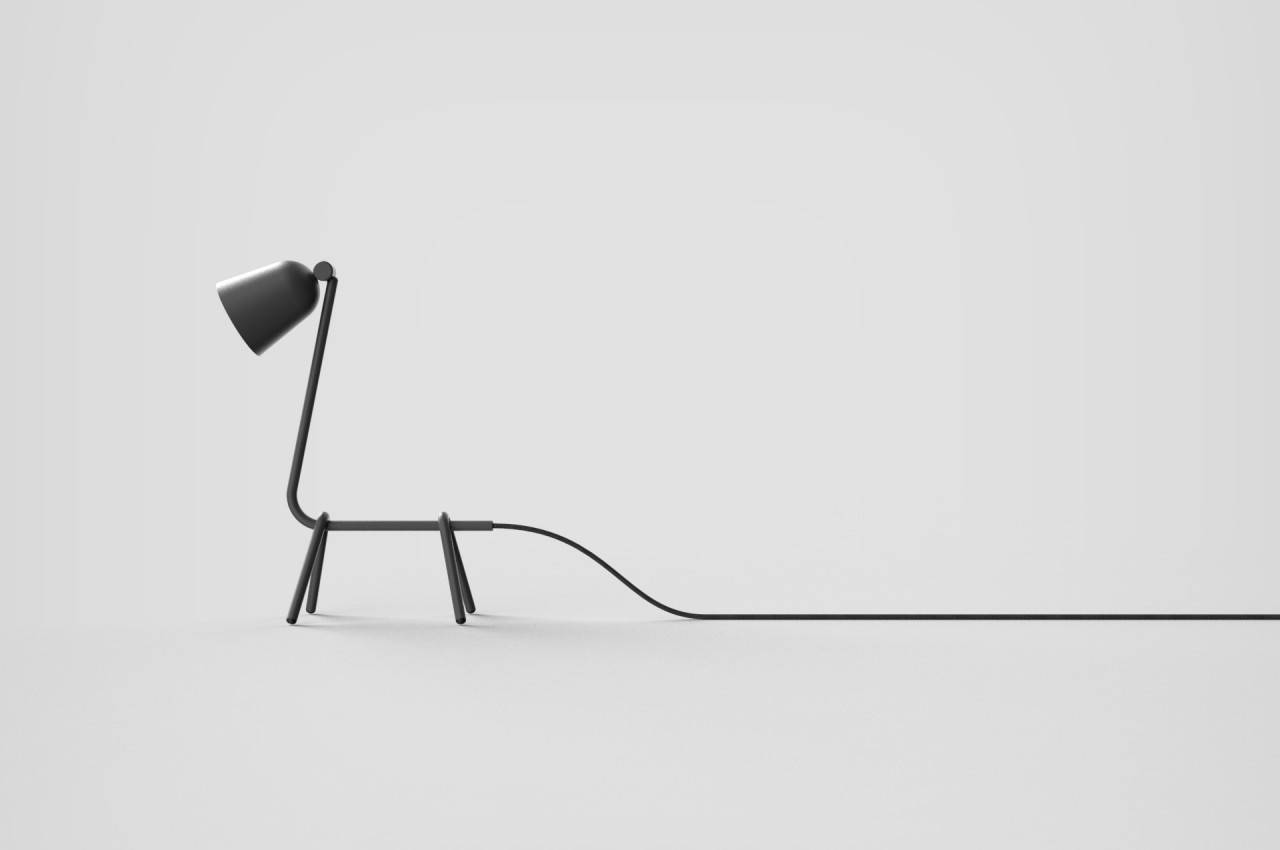 The Tourer backpack (like your day-to-day needs) is capable of adapting to your ever-changing environment. When you’ve got little to carry, it folds into a…

Designed to meet the needs of families without access to electricity in developing countries, the Nomad is an all-around great multi-use lamp that is both…

This Lamp is Da Bomb!

This clever table lamp design by Luca Veneri offers an interesting,thought-provoking, and somewhat eerie way of lighting up a room. The mushroom cloud shape, that…