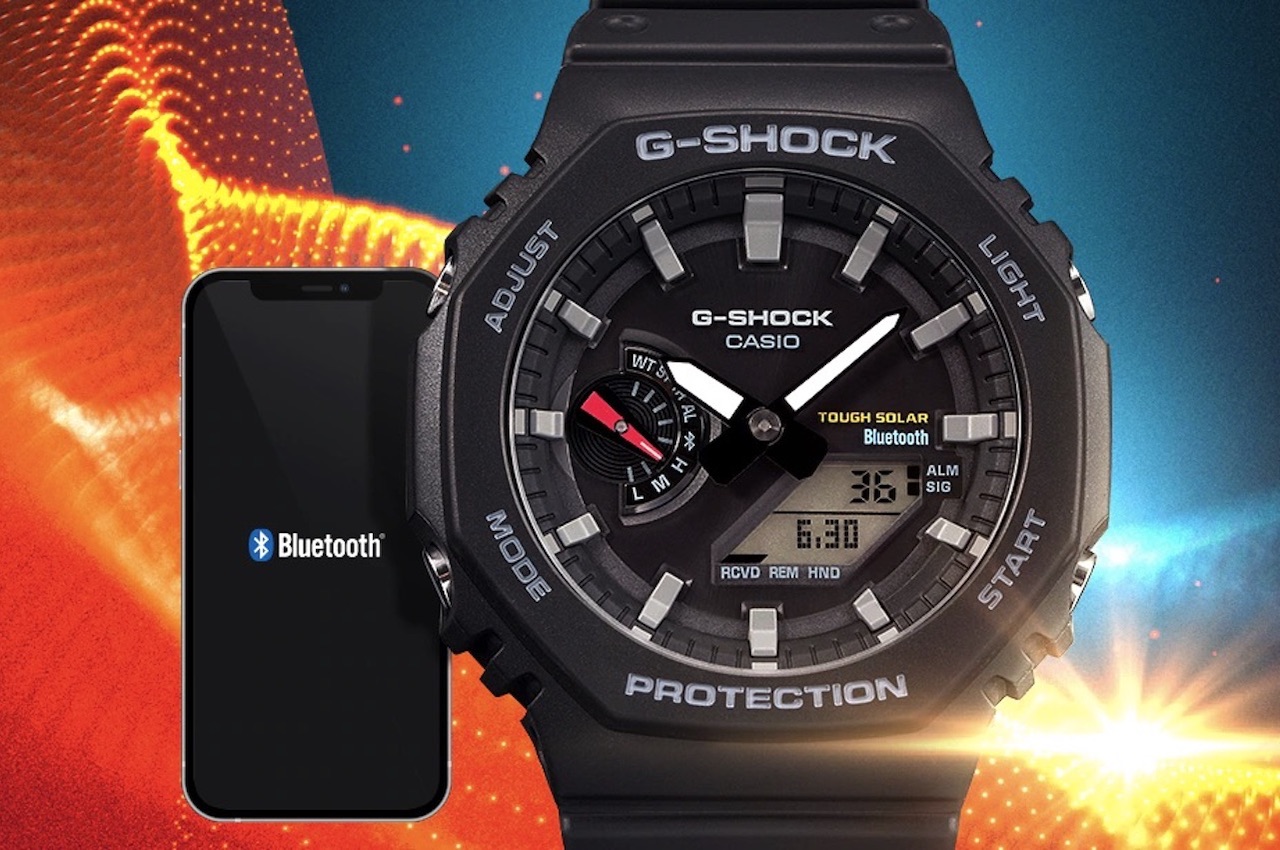 Casio is a brand that has an excellent reputation in the watch industry. It remains a leader in the field of professional and personal timepieces that deliver both impressive form and function.

One major reason why it continues to be a best-selling brand is because of the relative affordability of the watches. Casio can’t really be considered a house of luxury watches, but there are a few models that are worthy of being collected. There are some Casio watches too that are worth a second look, especially since they were designed with unique features and distinct characteristics. The last one we remember featuring that made nerds drool was the Casio A100WEPC Pac-Man edition watch. Today, a follow-up to an iconic model becomes available and is ready with additional features. 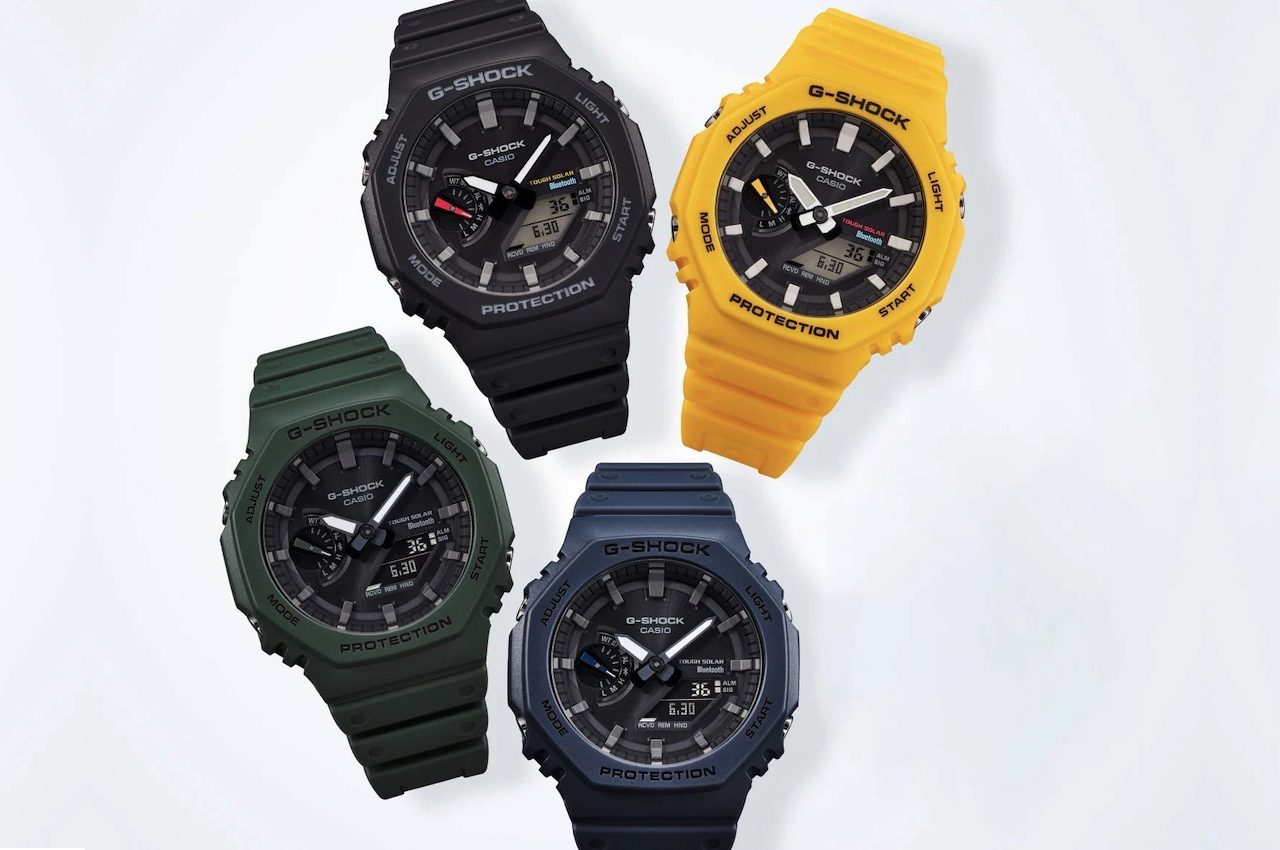 This time, we’re sharing with you this potential must-have and bestseller especially among fans of the series—the Casio G-Shock GAB2100. It’s an analog-digital solar-powered watch that can do more than just keep yourself in time. This one runs on stable solar power so you are guaranteed a watch that won’t just die. 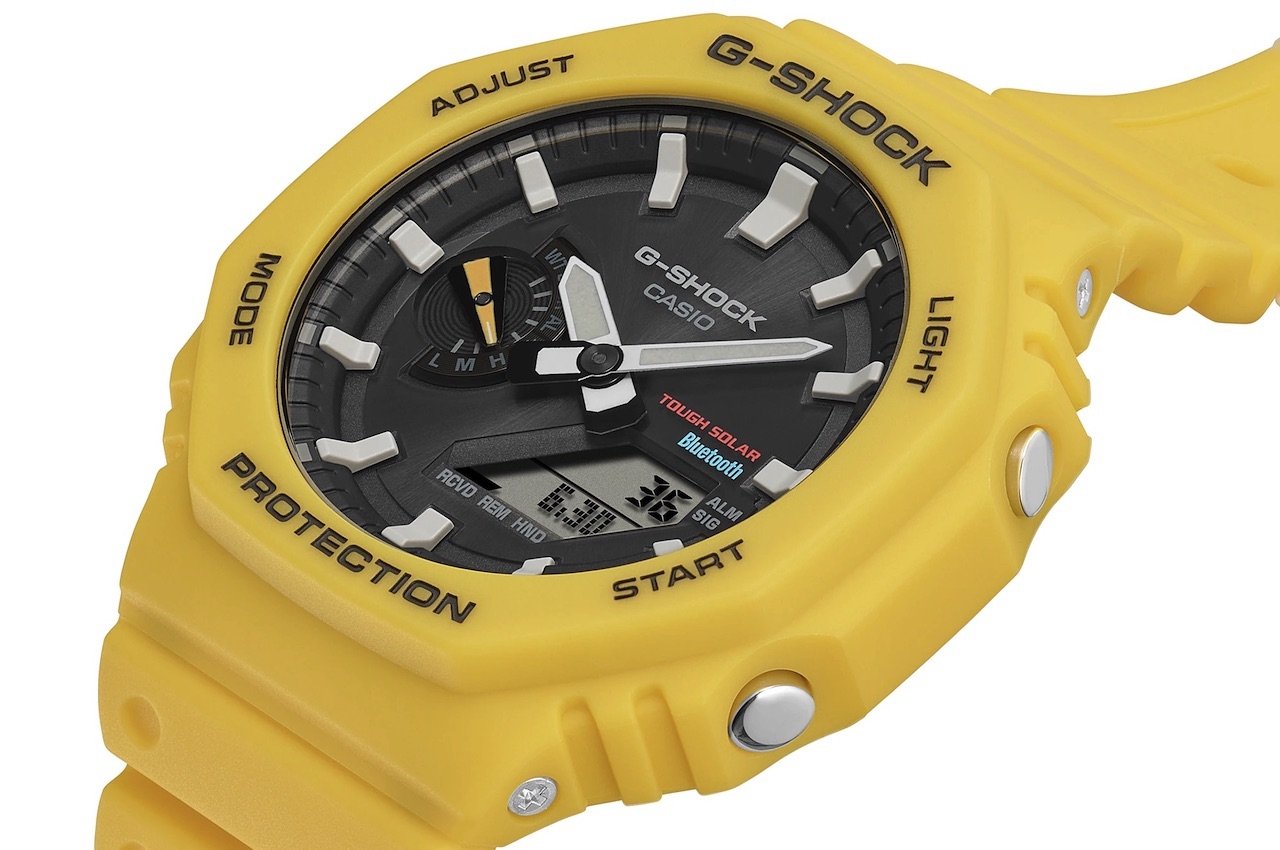 Casio’s new GAB2100 series is mainly a follow-up to the analog-digital GA2100 series, delivering Bluetooth connectivity and Tough Solar capabilities. More functions are ready, too, as made possible by the optimized structure of the interior that allows more components to be added. This new watch model from the Japanese watchmaker has everything you can expect from a G-Shock sports watch including a rugged design and outstanding durability. 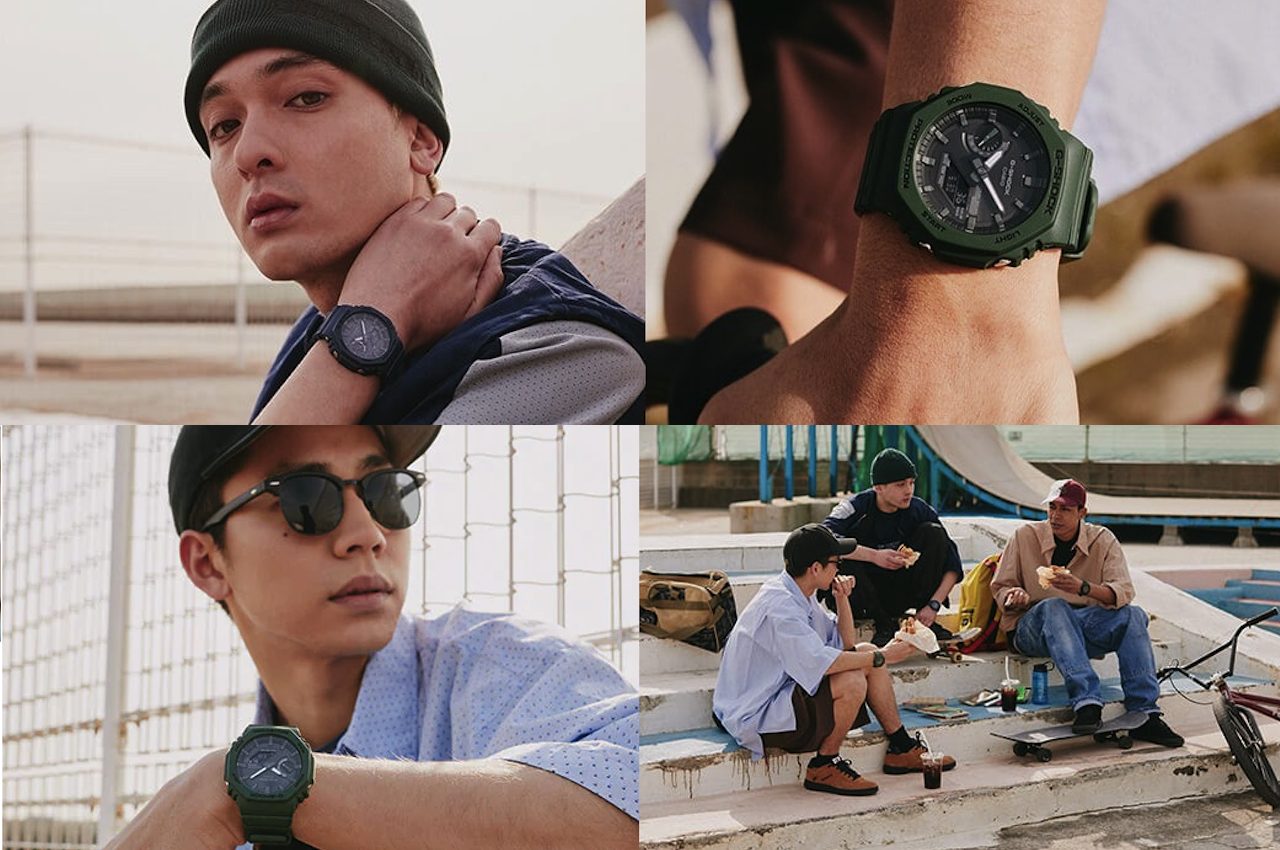 Casio has kept the octagonal shape from the very first G-SHOCK watch decades ago. The iconic form is reused here for that retro look that we know will last forever. The sleek design of the new G-Shock piece is also minimalist, so it doesn’t appear bulky or overwhelming. Furthermore, this model is great because it comes with a carbon-fiber-reinforced resin case. The carbon fiber material of the new Casio G-Shock is what mainly makes the watch very compact and lightweight. 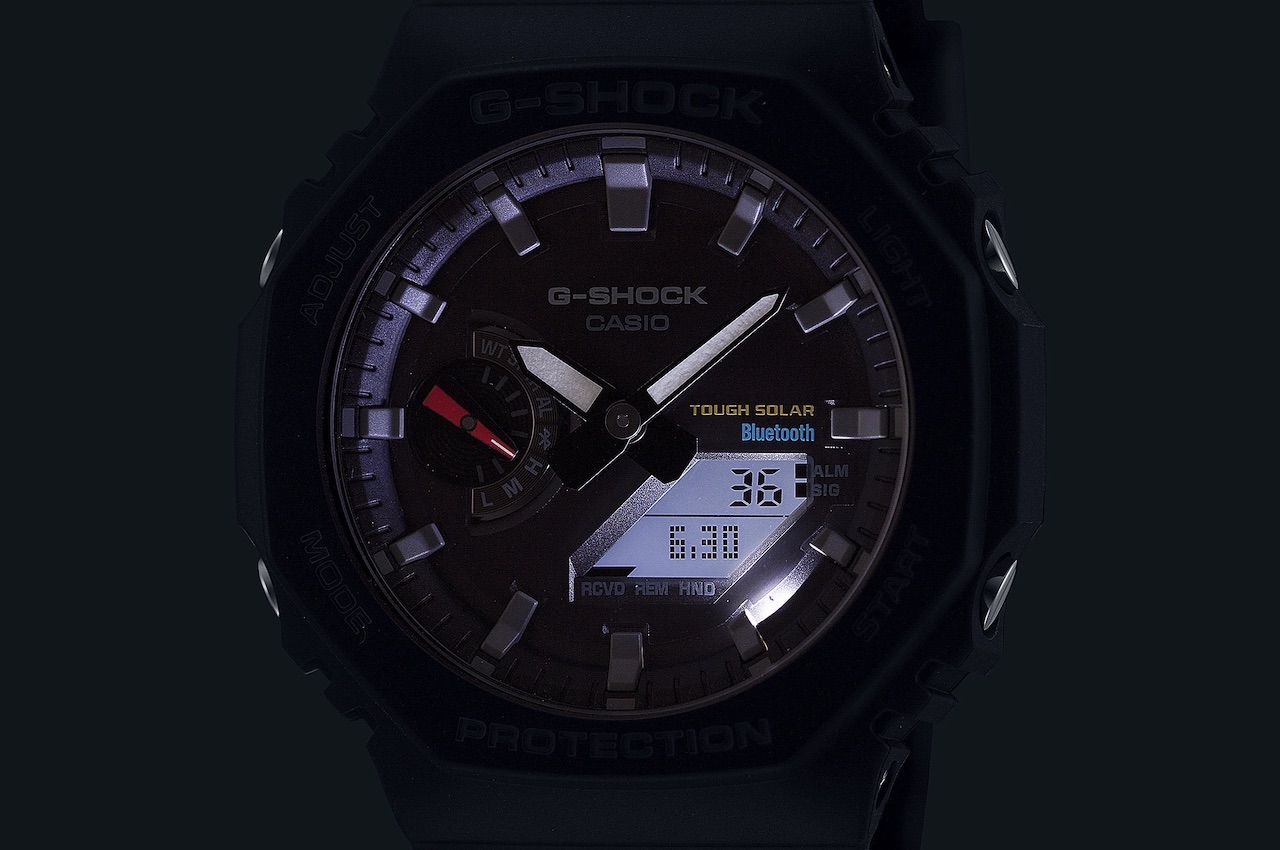 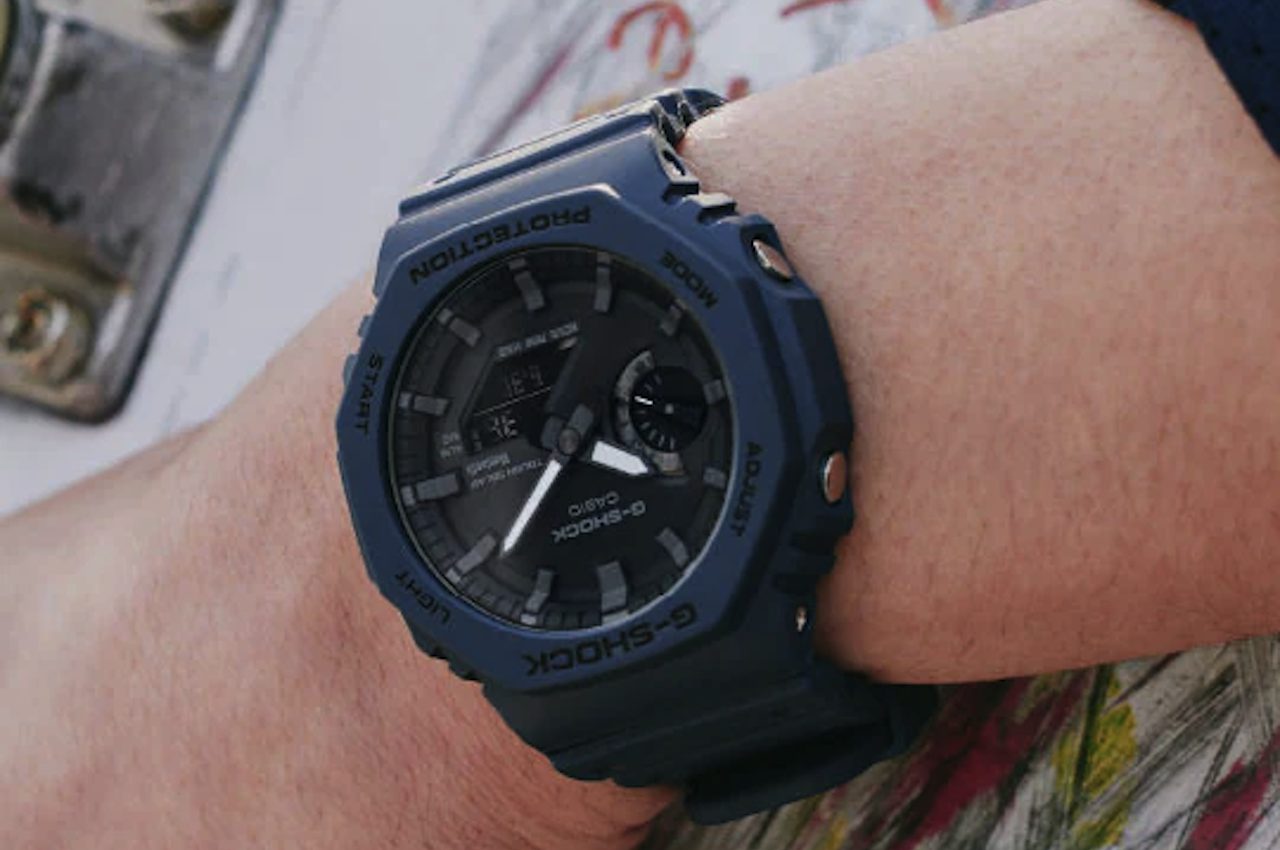 The retro styling is overshadowed by the fact that the watch comes with Tough Solar power and Smartphone Link features. The Tough Solar features work, thanks to the film-like solar panel found on the dial. It is highly resilient and can convert power from the sun. Actually, it doesn’t really need the sun to work as regular light sources are enough to power up the watch. 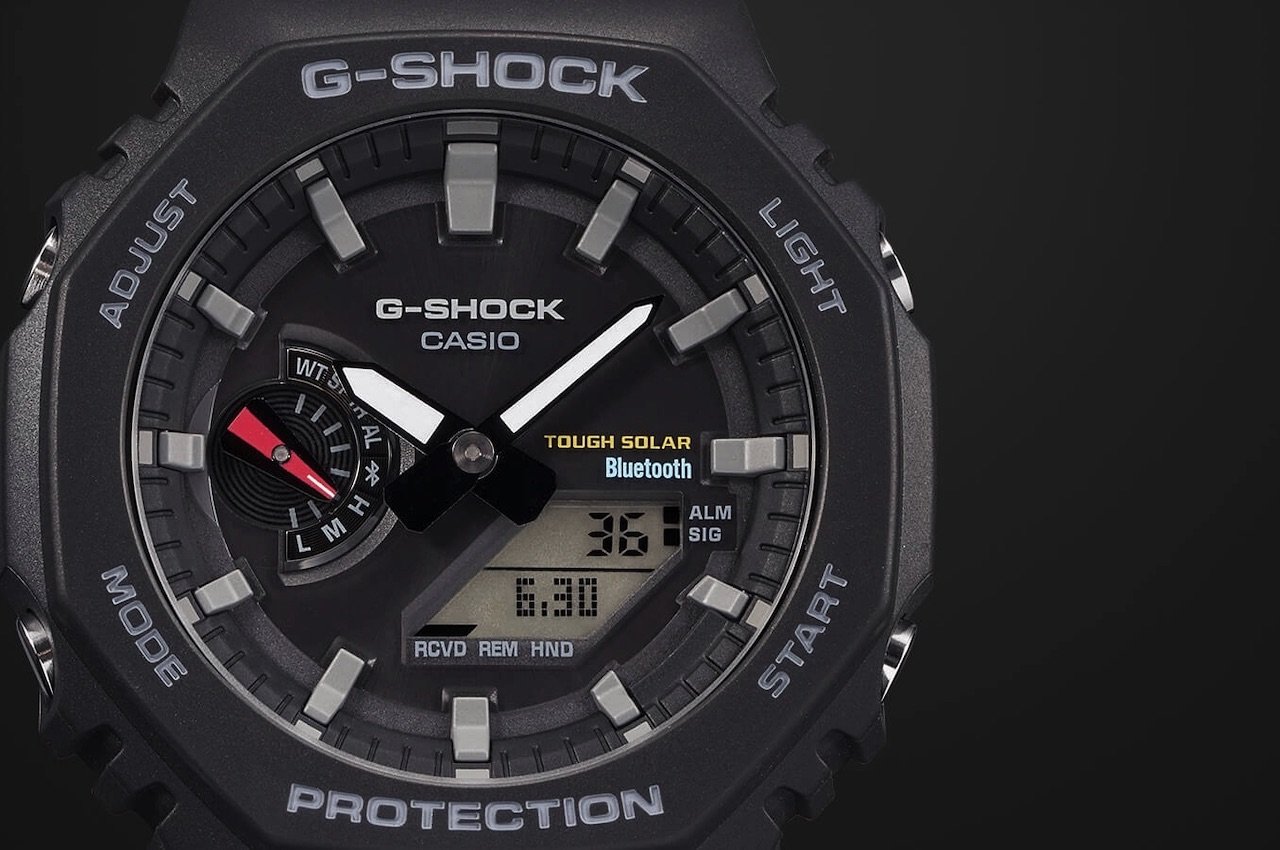 The Casio G-Shock GA2100 comes in different colors: Black, Green, Yellow, and Navy. The four color options were also the first colors the company released for the G-Shock line. Just like the original model, this one offers a similar fit as made possible by the Carbon Core Guard structure. As with most G-Shock pieces, this one comes with the standard G-Shock features: shock resistance, a 200M water resistance, daily five alarms, super illuminator double LED light, full auto-calendar, 1-sec countdown timer, world time, and a hand shift feature. 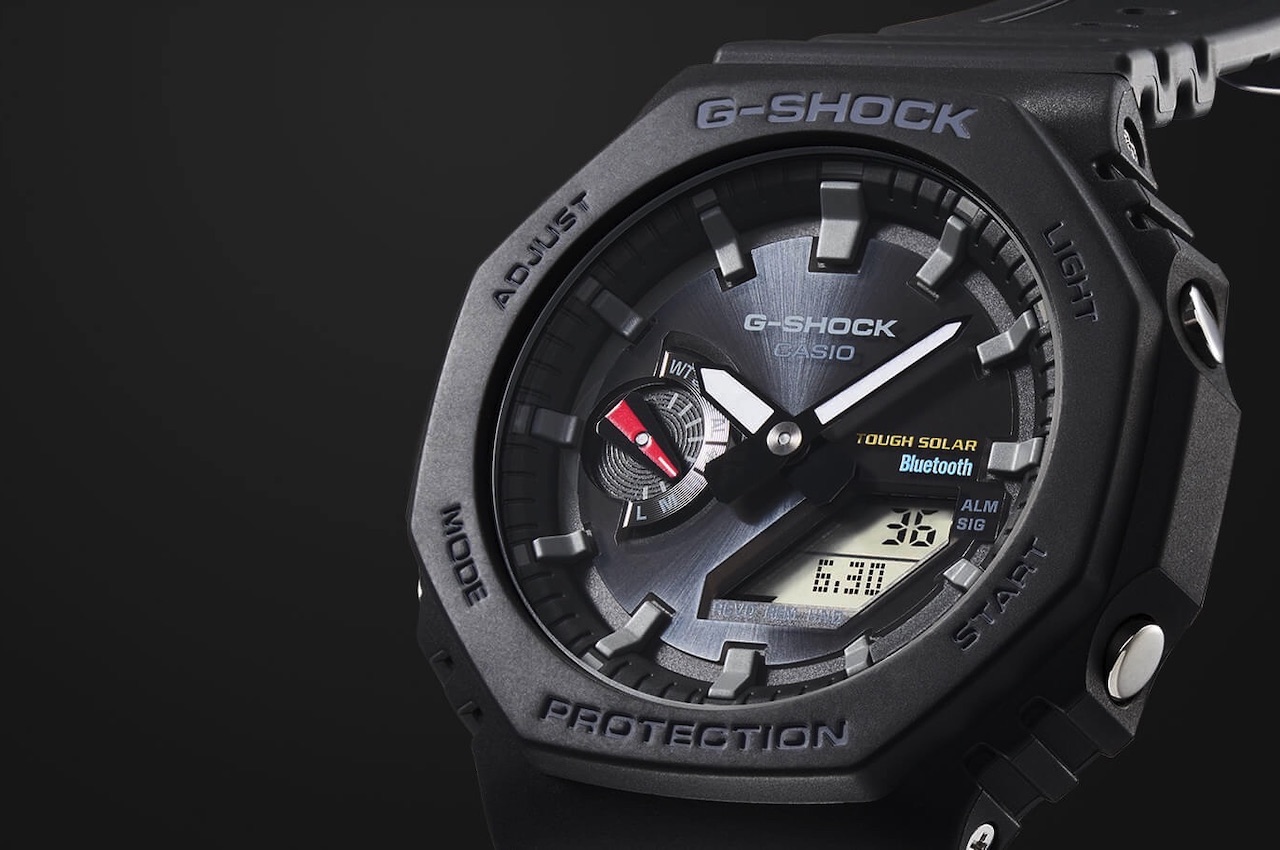 These magnetic modular glasses with a hingeless design resolves the most common frame breakage problem!

MagLeg is a pair of 3D-printed magnetic eyeglasses that allow for hingeless, unrestricted movement of the temples with an ergonomic design. If you wear glasses,…

You may be familiar with sapphire as a material. It’s often used in watches as a replacement for glass owing to its hardness and resistibility…

The design represents a pair of 2-sided watches. One is for showing accurate time and the other side, being divided into 24 portions, is for…