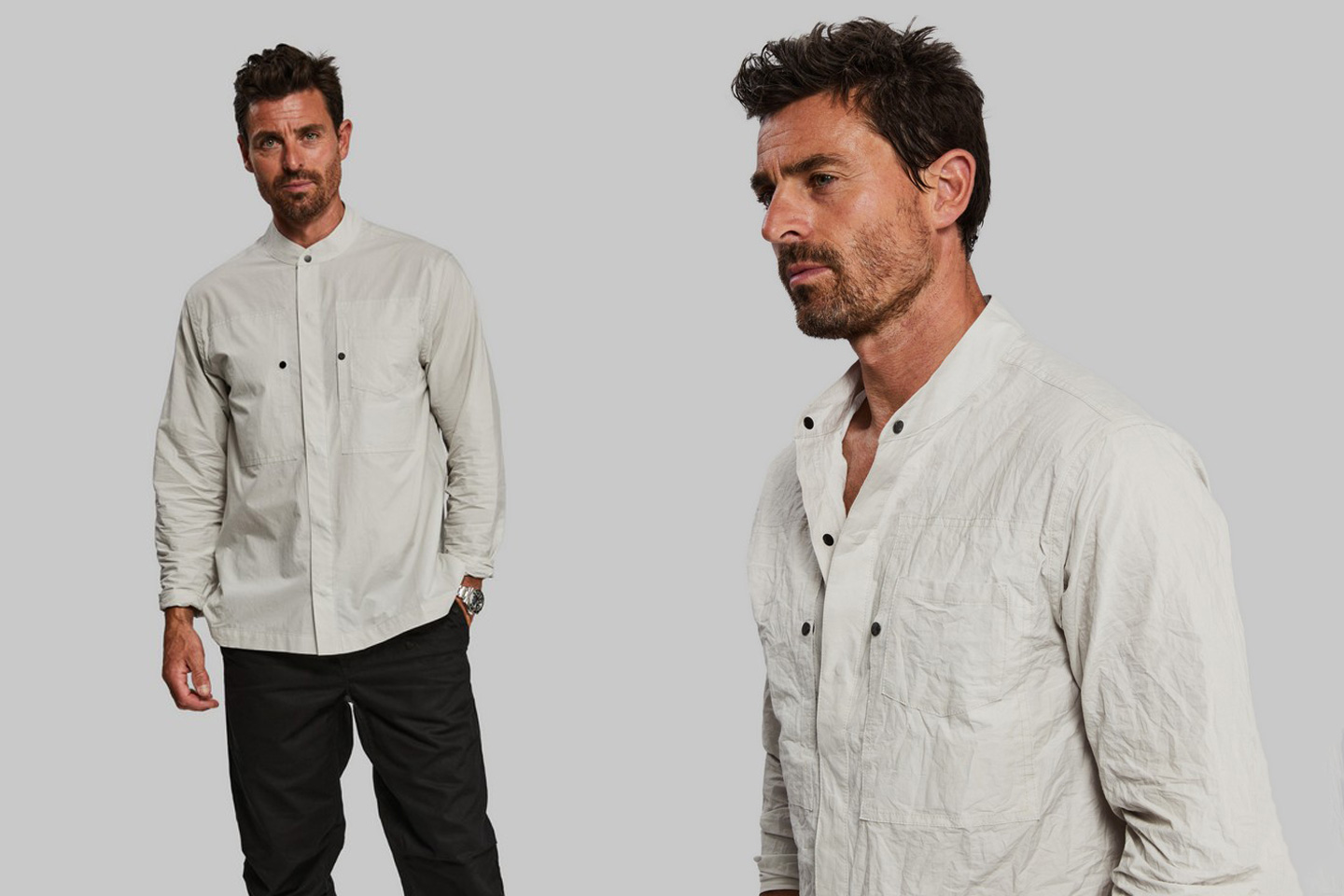 If you ever looked at a nettle (those plants that give you a nasty sting) and thought – hey, this could make a great fabric for clothing people, chances are you’re either Egyptian, or you’re someone at Vollebak. The London-based alternative clothing brand is known for working with kinds of materials that you’d never find at your local GAP or Forever 21. After having somehow integrated materials like ceramics, carbon fiber, kevlar, and even Dyneema into their clothes, the company’s now managed to find a way to turn the hostile nettle into a soothing, comfortable fabric that you can wear for decades… centuries even. Although they weren’t the first.

Five thousand years ago, the Egyptians developed a method to turn the nettle into fibers that could be woven into a durable, comfortable fabric that resists heat and humidity well. They used the same fabric to wrap their mummies, and those threads lasted 5 millennia so there’s no reason Vollebak’s shirt won’t. The fabric, now commonly known as ‘ramie’ is now mostly seen being used to build parachutes… and it’s the primary fabric used in Vollebak’s Off Grid shirt. 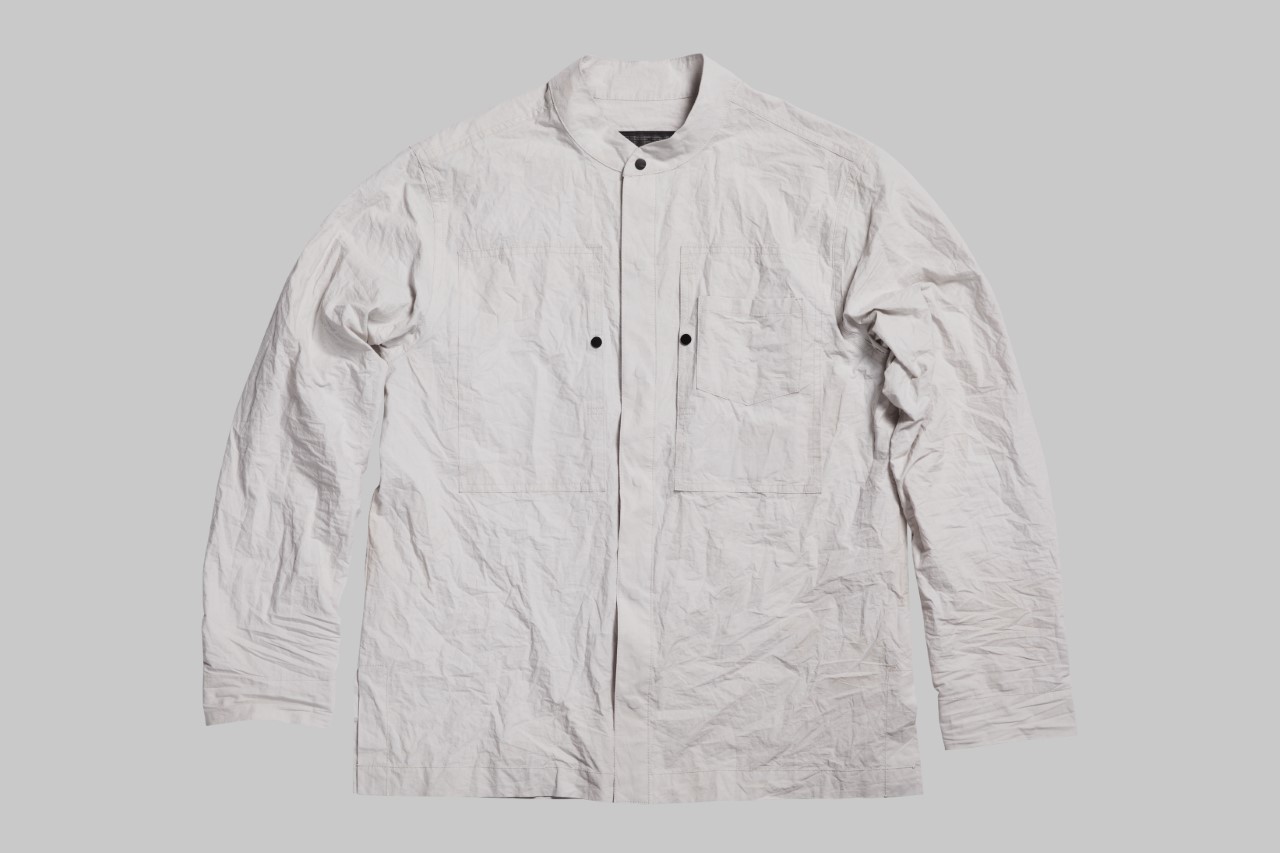 The Off Grid shirt, as its name suggests, was built to live off the grid. It uses materials that existed long before the grid was even a fleeting thought, which works because these shirts were built to withstand ‘unconventional living’… 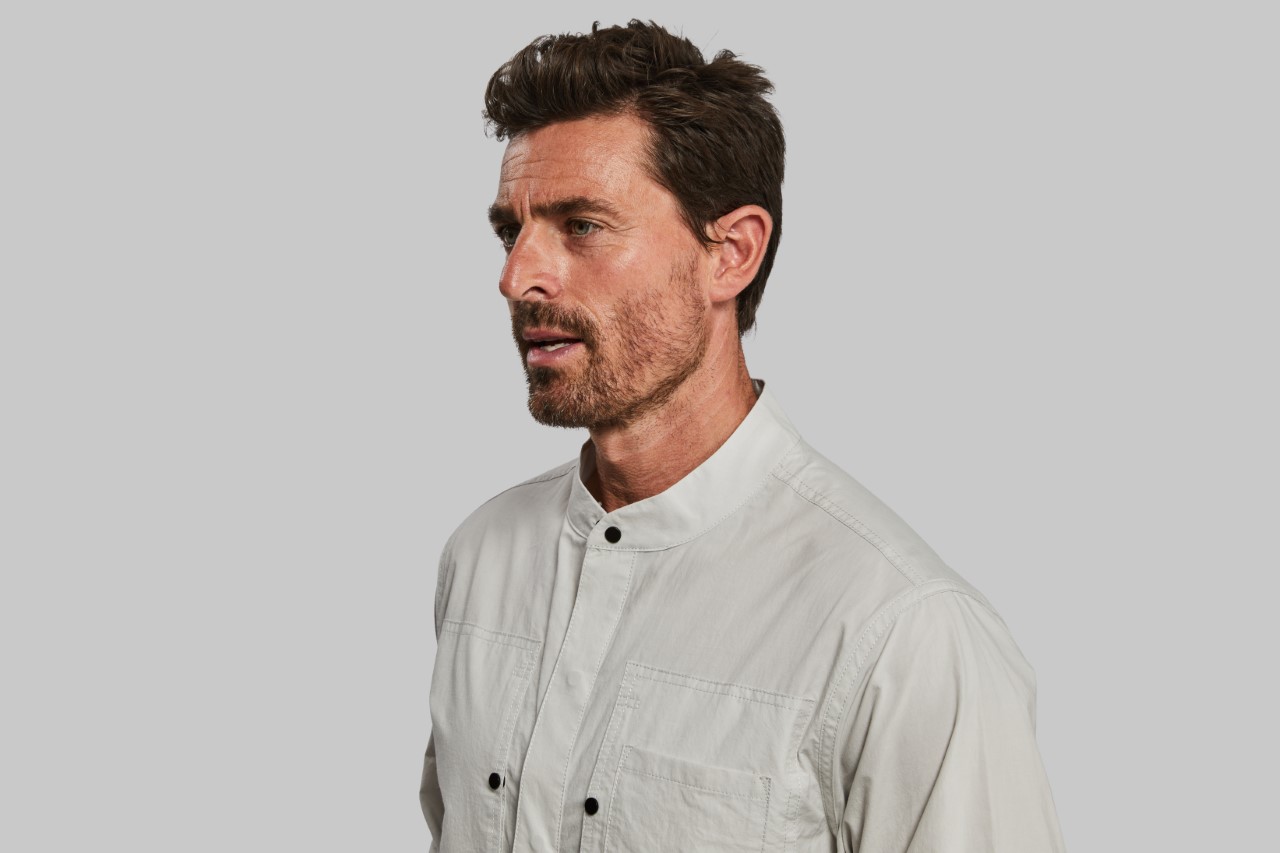 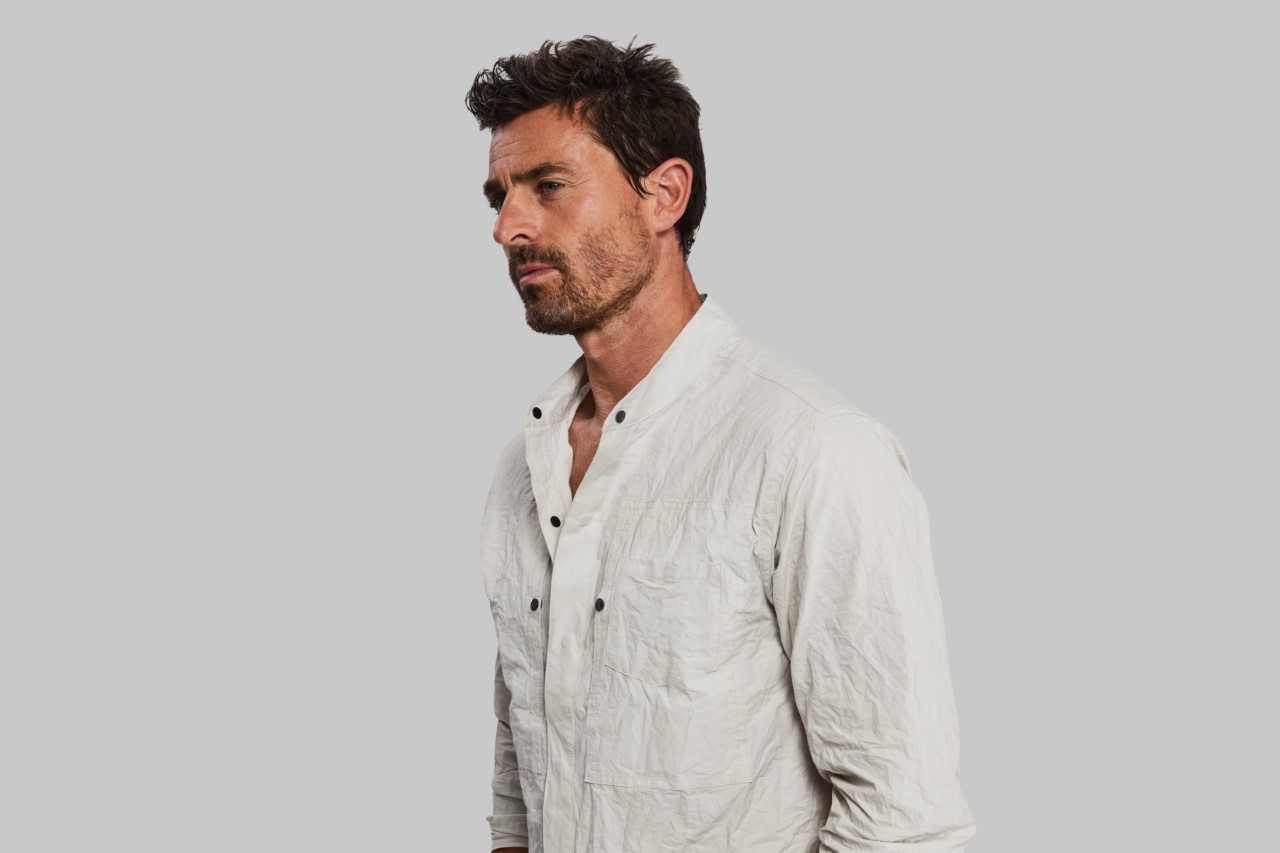 The Off Grid shirt works rather well in heat and humidity, and just by virtue of its fabric, has these unique wrinkles on the shirt that contribute to its character. The shirt uses a proprietary blend of ramie (nettle fabric) and Pima cotton. As a fiber, ramie is incredibly resistant to bacteria and mildew, and unlike other fibers, grows stronger with time (it’s no wonder the mummies look so good, eh?) Pima cotton, on the other hand, gives the shirt its softness and keeps it light. The blend of cotton also wicks moisture rather well and dries off pretty fast, making it perfect for humidity. 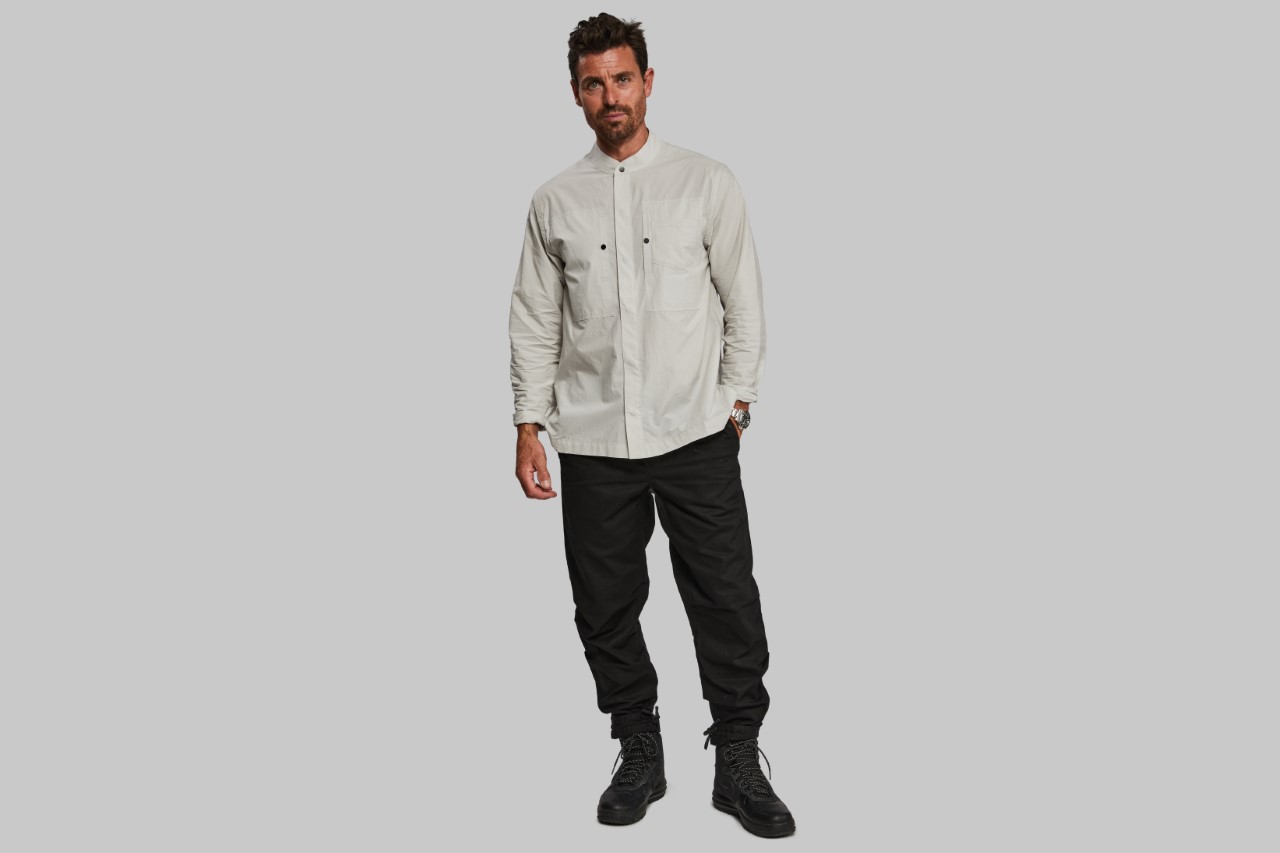 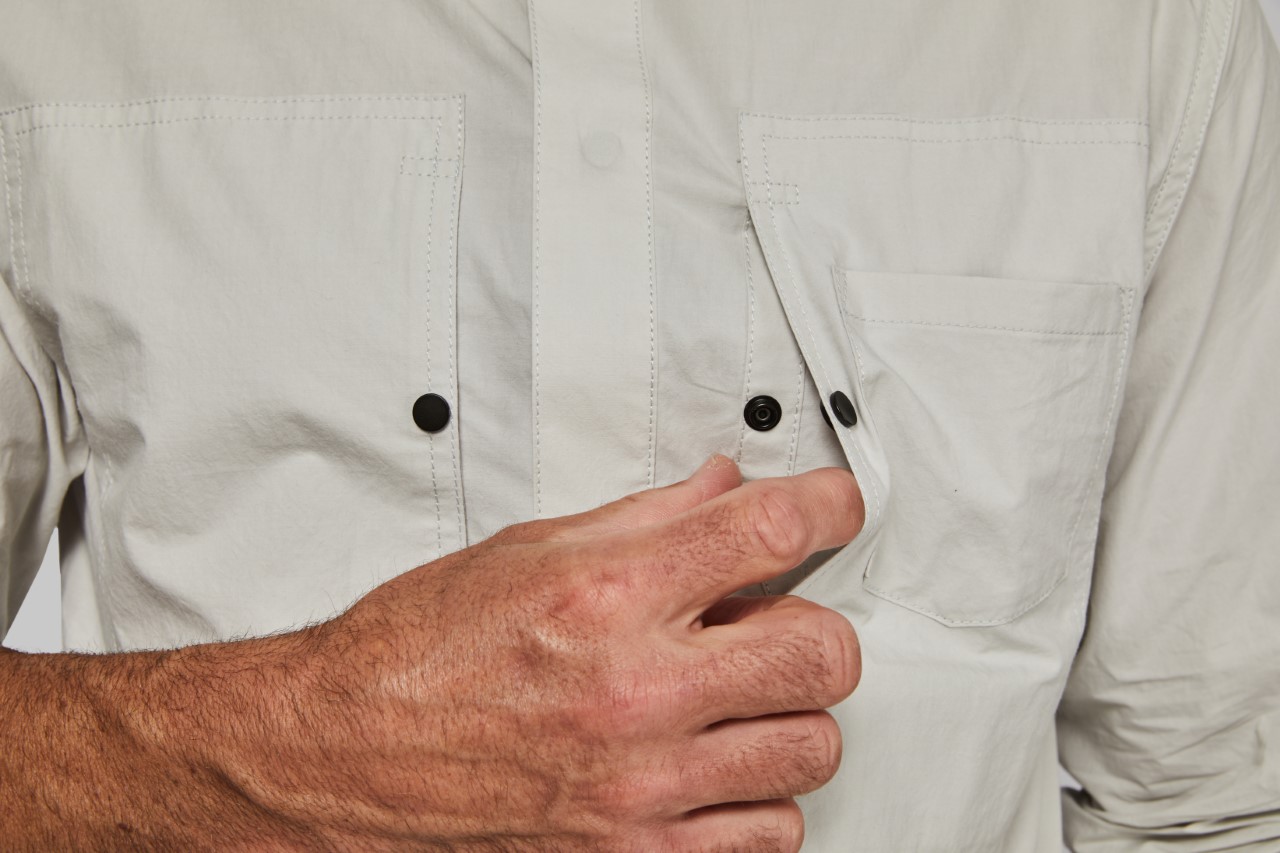 Vollebak doesn’t stop there, though. The shirts, once stitched, are dyed with either leftover Japanese turnips, or with blueberries. “The Turnip edition is dyed using red turnips from the Japanese mountain town of Kiso. Despite their red outer skin, the turnips have white flesh which produces a light-colored dye,” say Nick and Steve Tidball, the twin founders of Vollebak. “The turnips we use are excess ones left over from the production of sunki pickles. Rather than let them go to waste we use them to make 90% of the dye for the shirt”, they add. 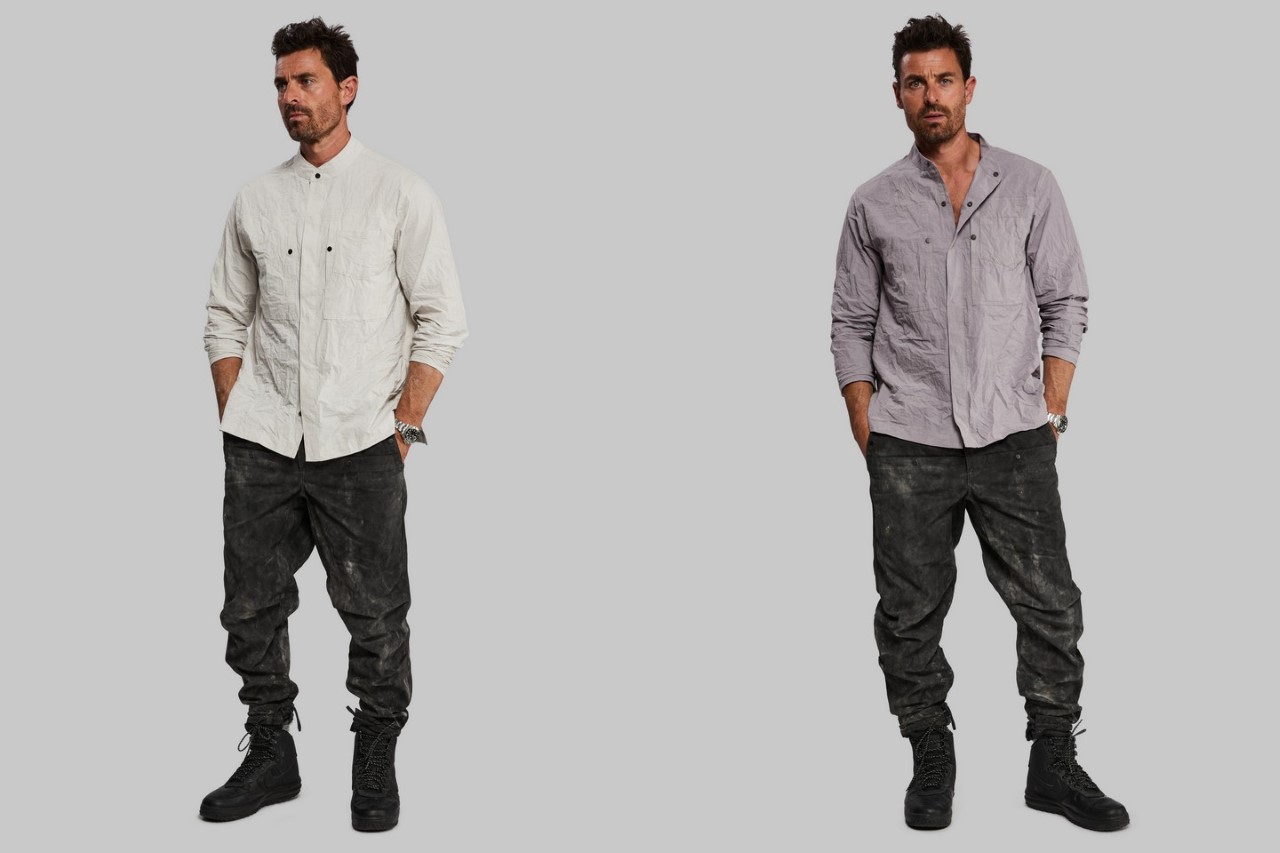 While the off-white variant of the Off Grid shirt uses turnips, its slightly darker, almost mauve-colored sibling uses unwanted blueberries from a Japanese fruit farm in the Nara prefecture. “Some blueberries don’t make the cut during harvesting because they’re damaged or oddly shaped. So rather than let them go to waste we use them to make 90% of the dye for the shirt”, Steve and Nick mention. 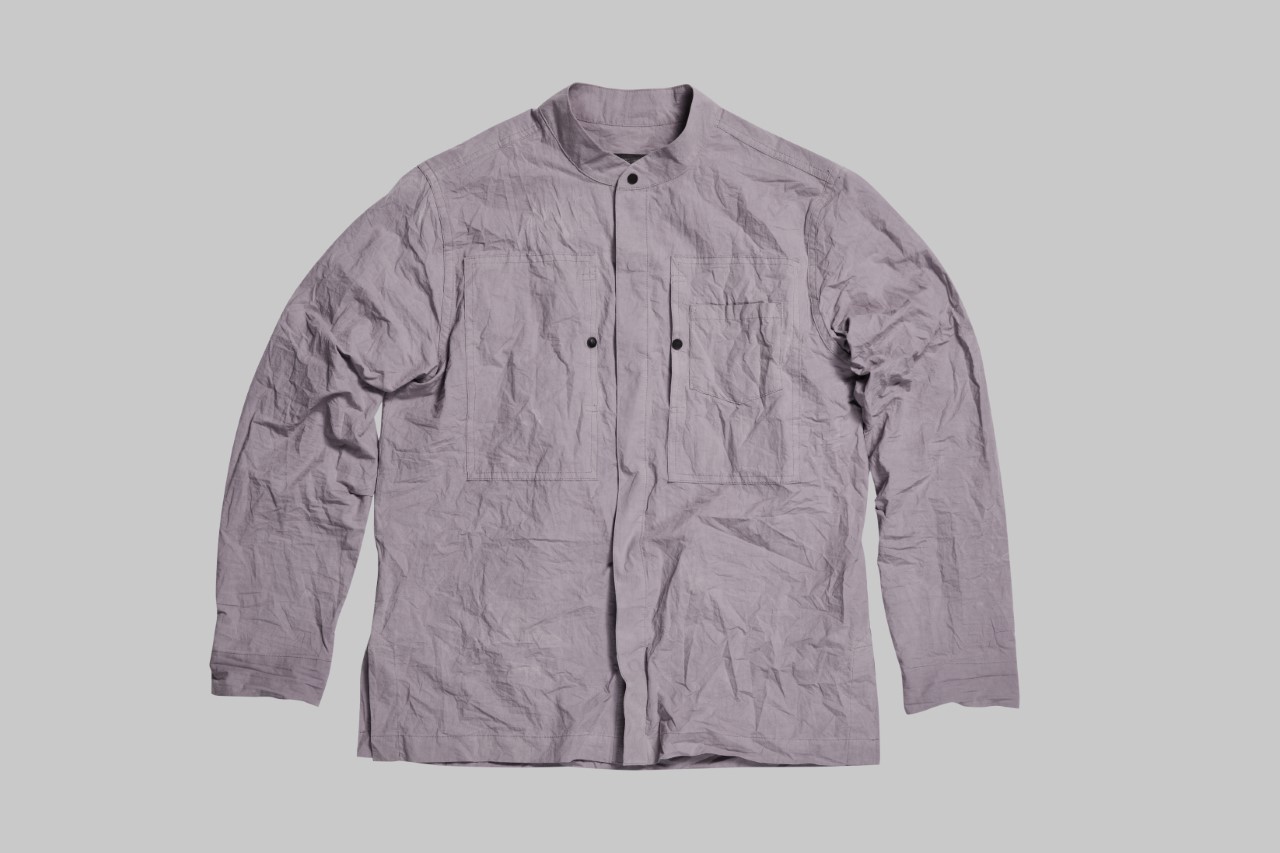 Once woven and dyed, the shirts are finished using Ōmi sarashi, an ancient Japanese kneading technique that helps make the fabric soft yet rugged, and gives them their signature wrinkled pattern. Steve and Nick don’t quite mention how long the Off Grid shirt is supposed to last, but given their track record of making garments that can last well over a hundred years, it’s fair to assume these shirts should easily be in your wardrobe for the rest of your life! 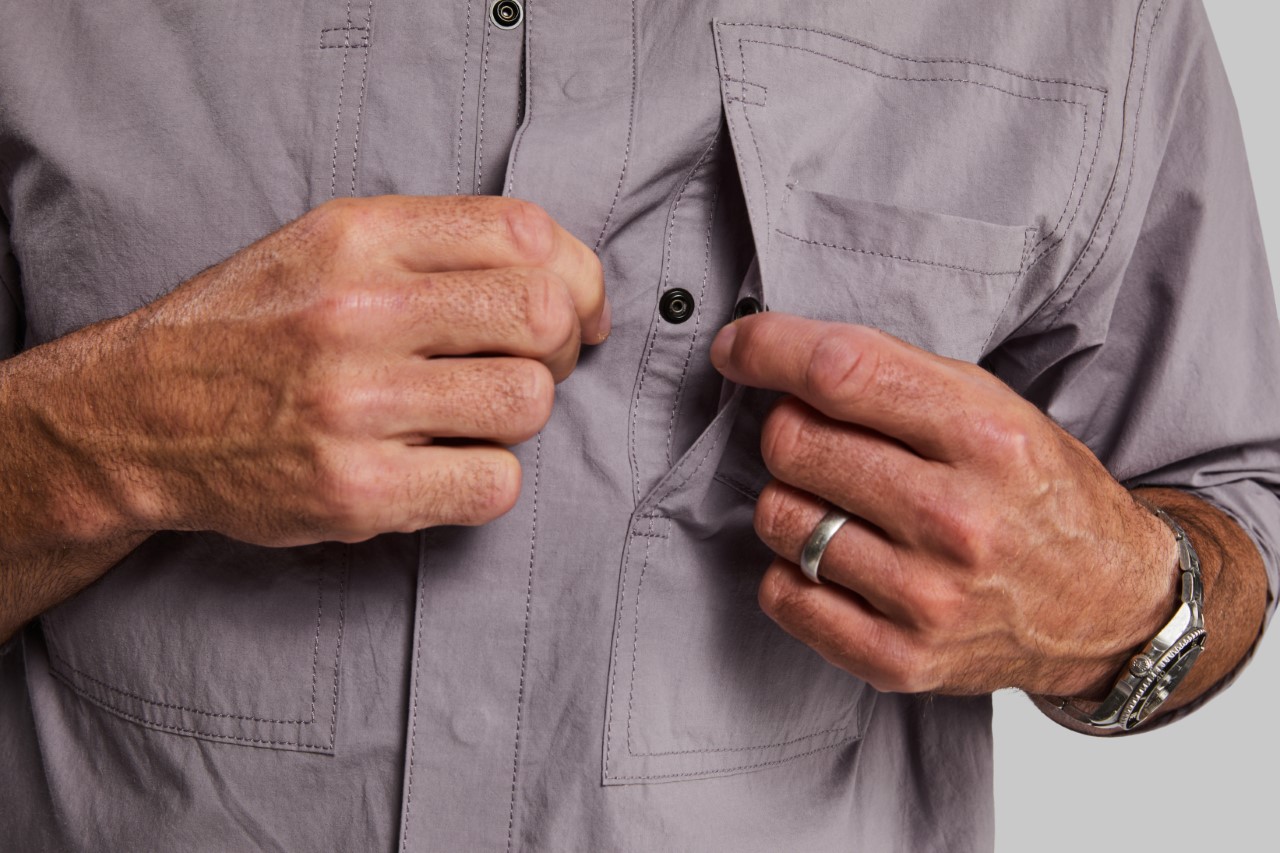 Each Off Grid shirt comes with two large chest pockets for carrying your belongings in. 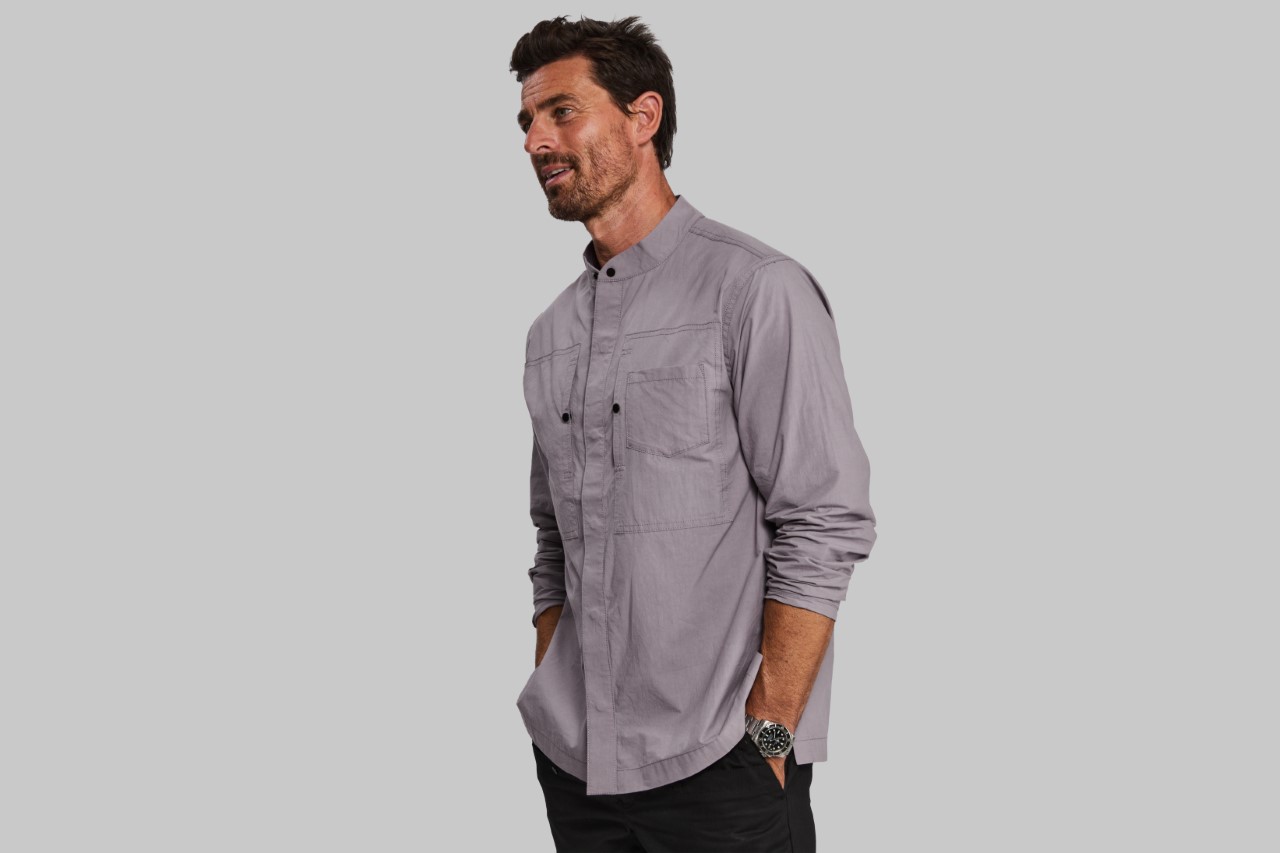 The Transformer of Coffee Tables

More of a functional sculpture than furniture piece, the REK coffee table series is as beautiful as it is versatile. The adaptable design can be…

Apple 8K ProCam is too good to be true

Concept Apple products abound, and we don’t think designers will ever stop coming up with gadgets and objects that follow the brand’s design language. Of…

What lady doesn’t love a spa day?! But with our modern schedules, who has time to go regularly? Bring the zen to you with Relaxee,…

The Pill Writing Desk really challenges a lot of fundamental notions of desk-design, if it were. With an unusual shape that’s eye-catching when closed and…