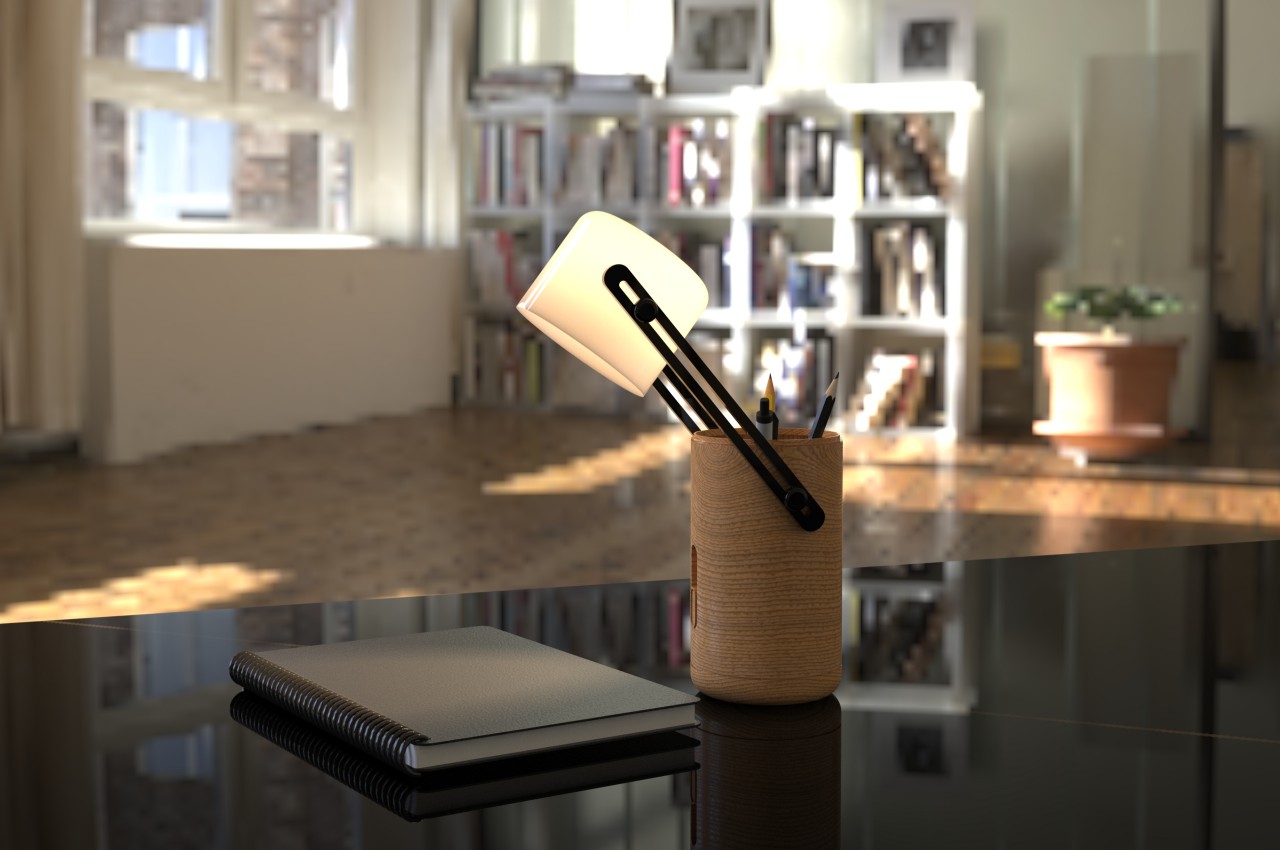 We don’t have infinite space on top of our desks, no matter how much we wish we did. More often than not, we have to choose and compromise on what we put on top to fit everything that we need or want. That’s why modular or multi-functional desk accessories have become more fashionable and in demand recently, to help reduce those compromises that we have to make. Not everything go well together, of course, so it’s not always possible to mix two things together. It can be sometimes ingenious, however, when products turn out to be more than meets the eyes, like this cylindrical device that functions not just as an attractive table lamp but also as a container for pens, pencils, and other writing instruments. 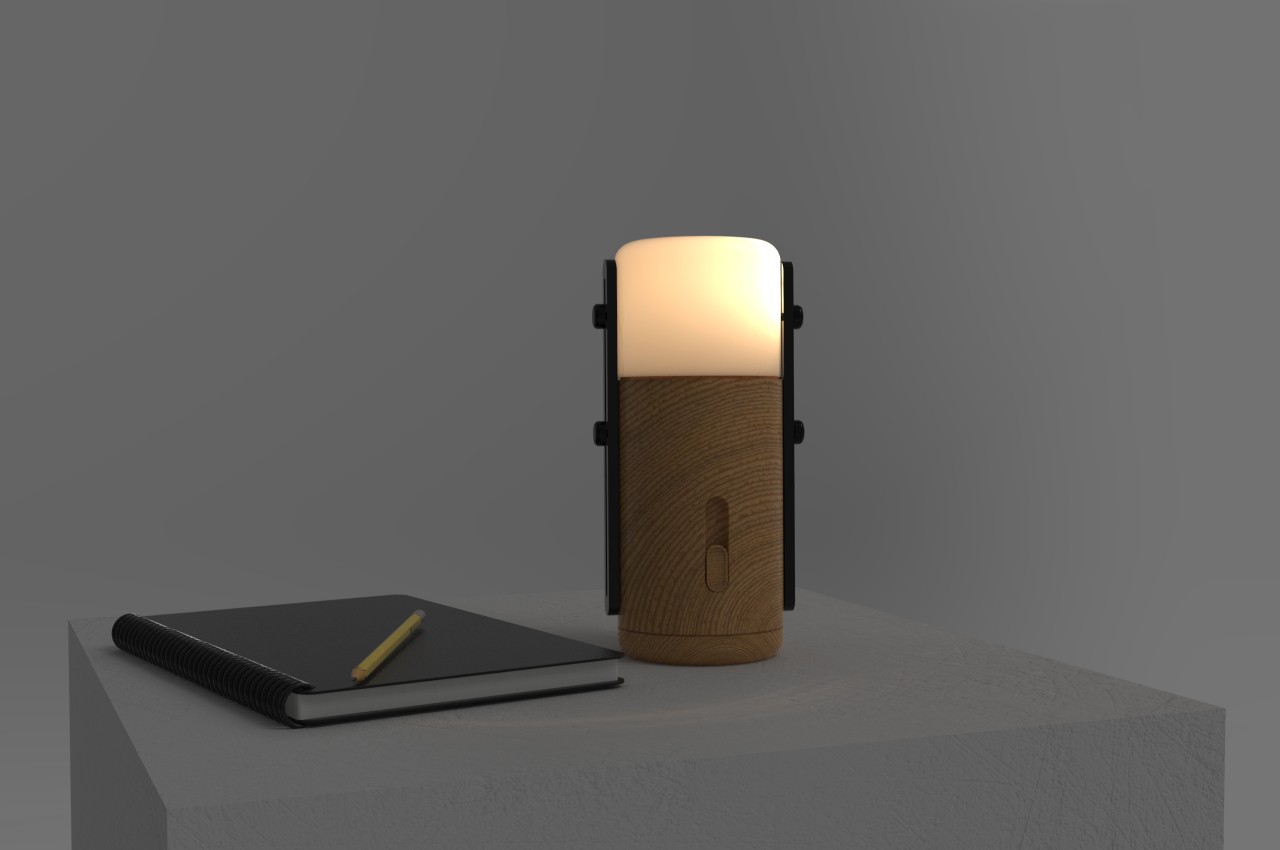 At first glance, one might mistake the POD lamp for a smart speaker, albeit one with a wooden main body and a translucent top. It would have been a safe assumption to make, given how many smart speakers have hopped on the design trend started by the Amazon Echo. The inspiration for POD, however, is a little bit more mundane, designed after the tiffin-style lunch boxes prevalent in India and other Southeast Asian countries. And just like those food containers, it hides its treats inside. 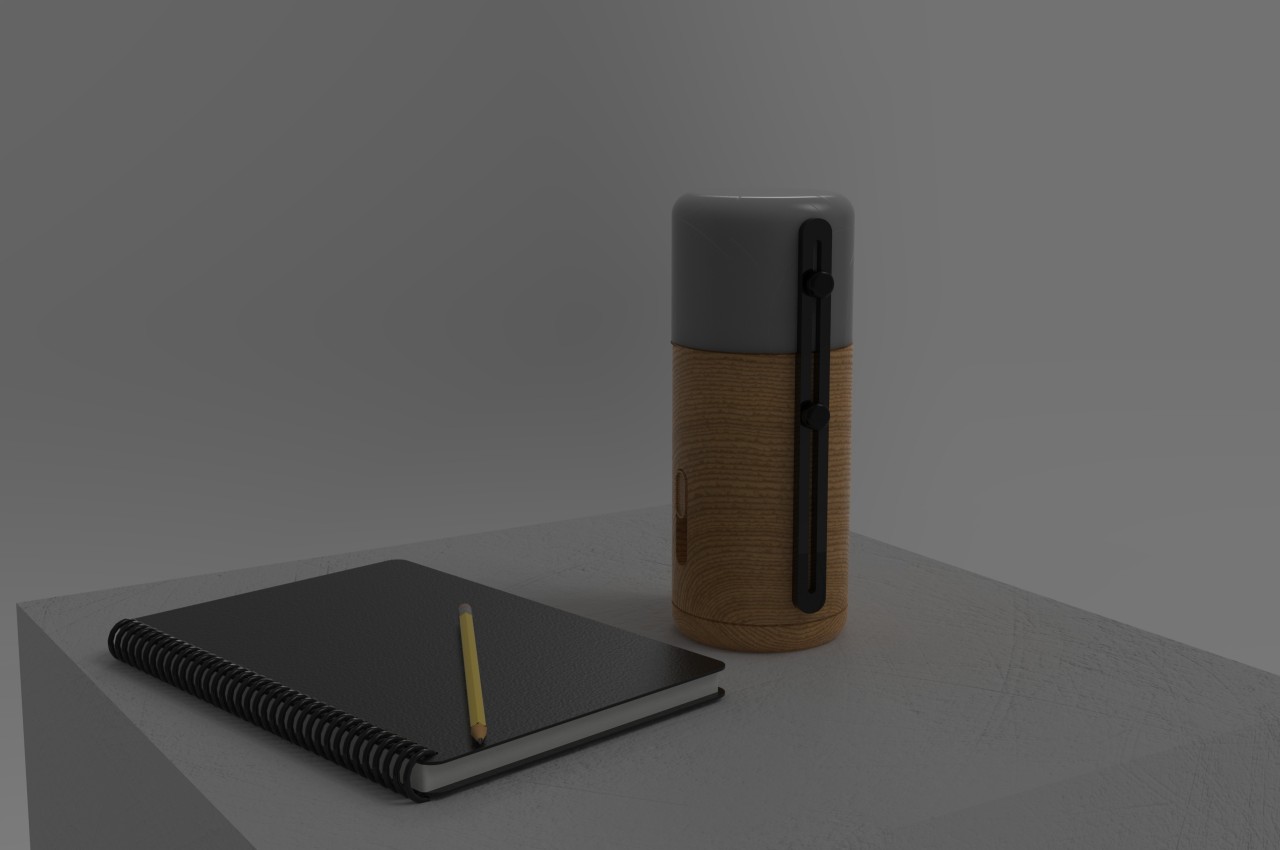 The two different materials of the lamp also correspond to its two main parts. The wooden part serves as the base and container, hiding the battery that powers the lamp on top. This battery also serves as a weight so that the POD doesn’t wobble or tip over, even if there’s nothing inside. The battery can be charged through wired and wireless methods, allowing it to be carried and placed in whatever location on the desk is more convenient.

The lamp part is connected to the base using steel arms that slide the top up and allow the lamp to be set at different angles. This can be useful when trying to shed some light on a specific part of the desk, though it won’t be as effective as a directed spotlight. The material also diffuses the light into a softer glow, which might not be bright enough for some people. 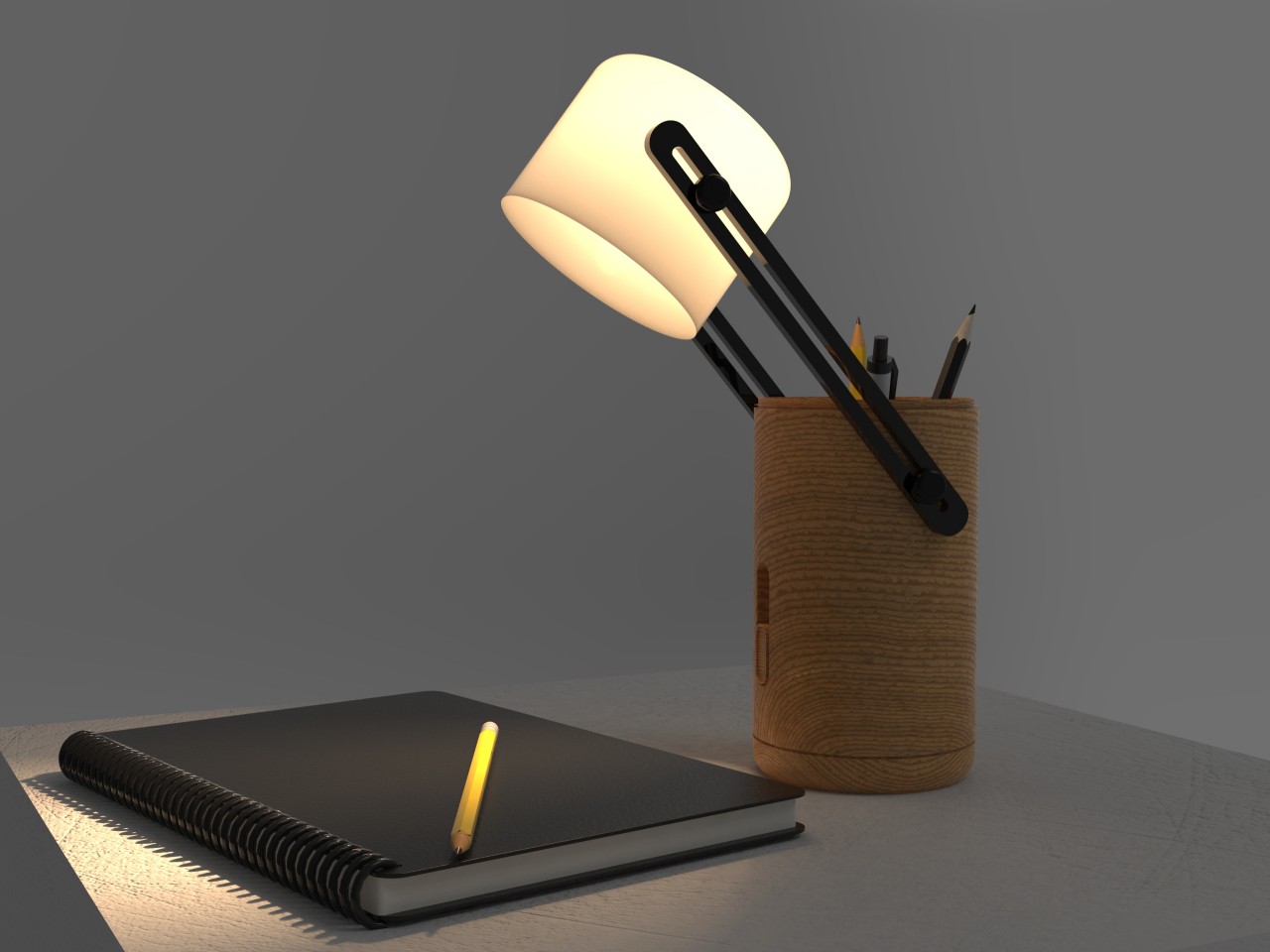 Lifting that lamp also reveals the empty space inside with enough room to hold a dozen or so writing instruments, from pencils to pens to other long tools. While this design is arguably useful for any kind of person, it is even more beneficial for artists, designers, and writers. This way, you can have a convenient place to store your tools while also having a lamp that could illuminate what you’re working on. 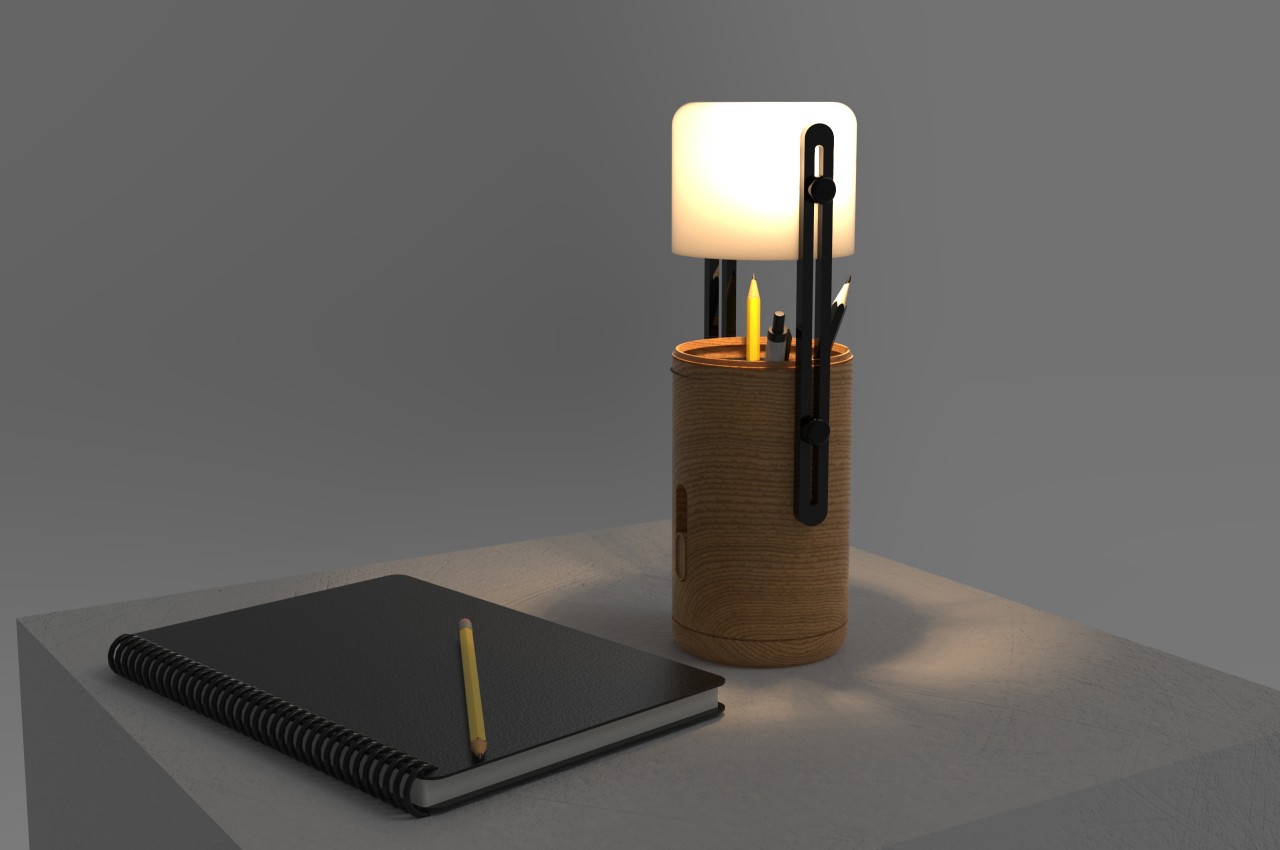 The POD lamp’s design isn’t exactly striking, but its appeal comes from the simplicity that belies its hidden functionality. The smart and efficient use of space allows it to combine two things that are almost unrelated but are essential on any worktable. It’s not going to fit everyone’s needs, particularly those who need a brighter lamp or those who have dozens of pens, but it’s bound to serve most people well, especially those who have limited space on their desks. 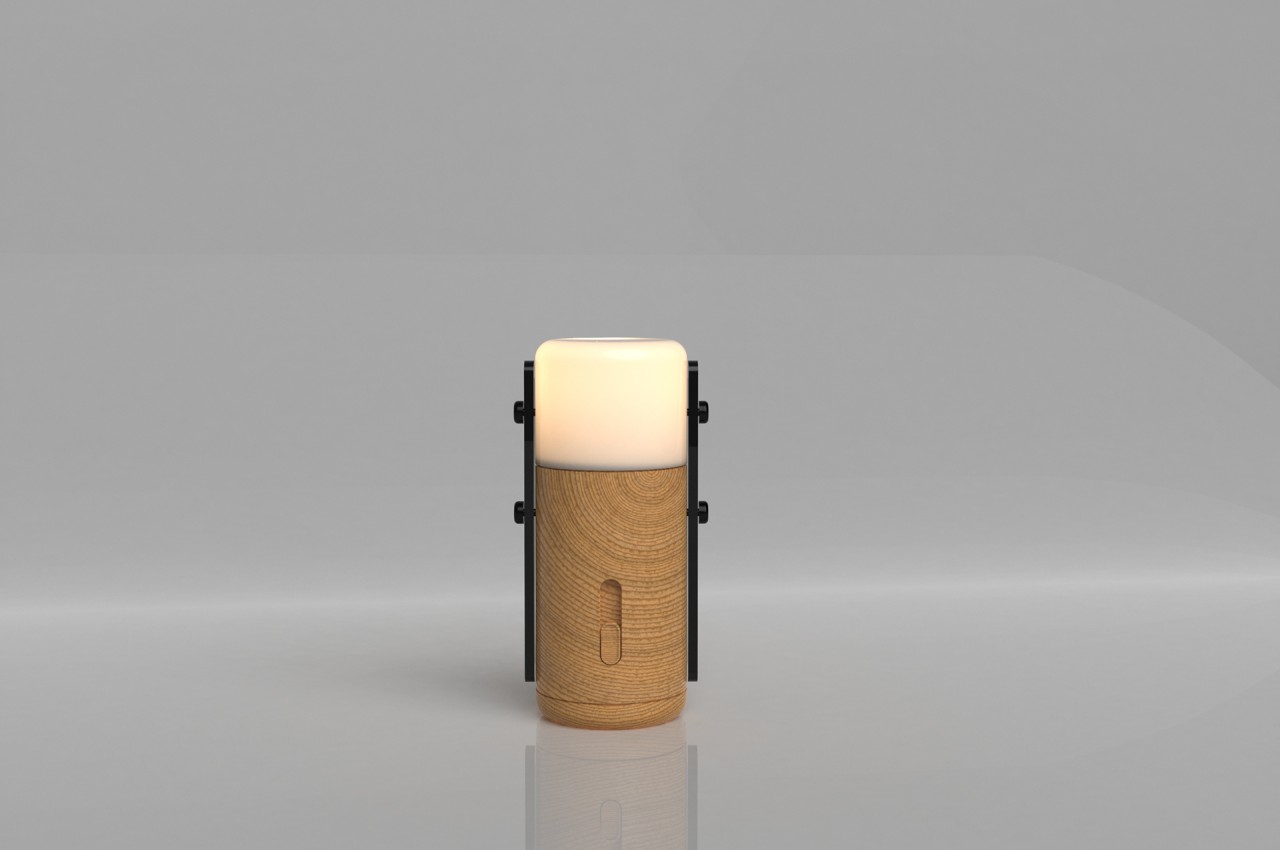 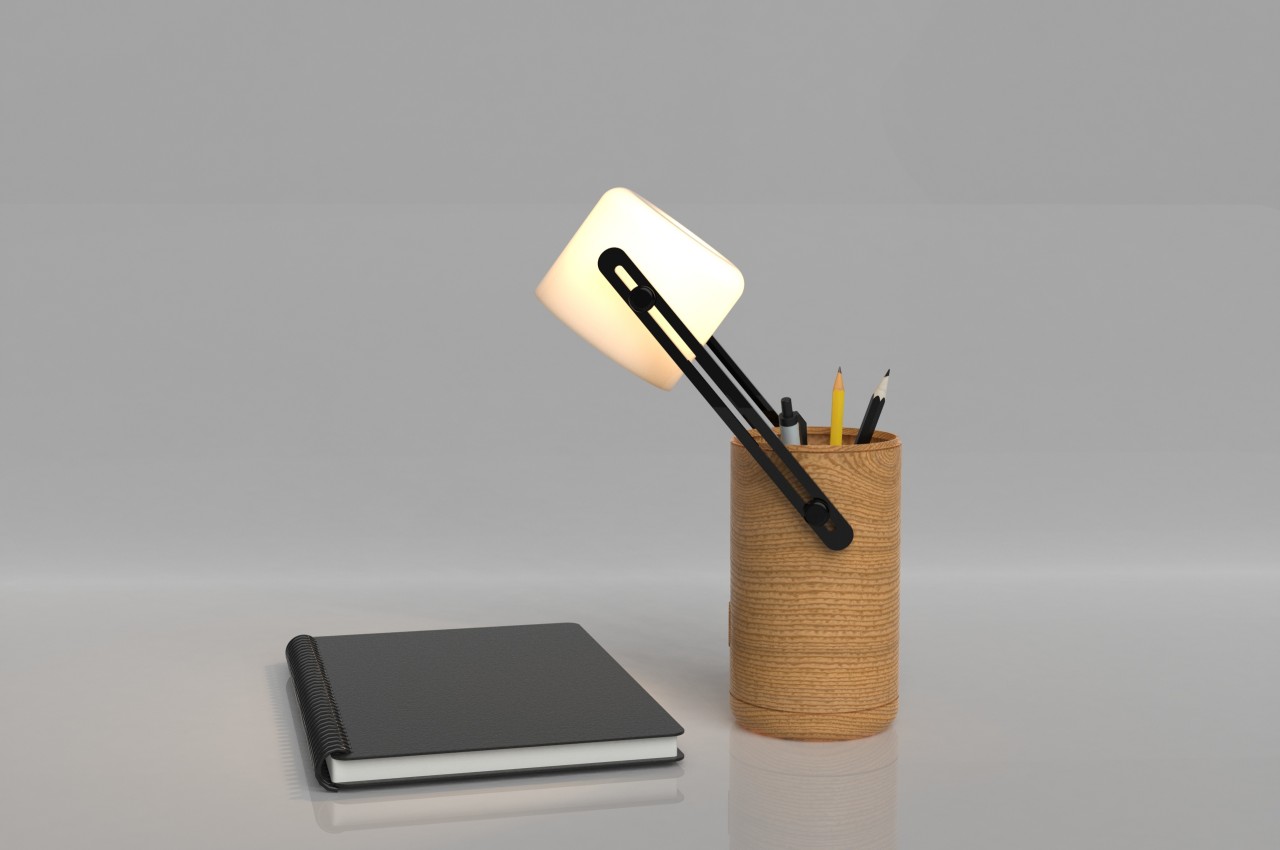 PT3 (Puma Table Tennis Tournament) was conceived in the beginning of 2006 based on a simple idea: to bring a community together for the sheer…

I love the obvious inspiration behind this one-of-a-kind lamp design by Michael Samoriz. The Microscope LED Lamp aims to inspire designers, artists and other creatives…