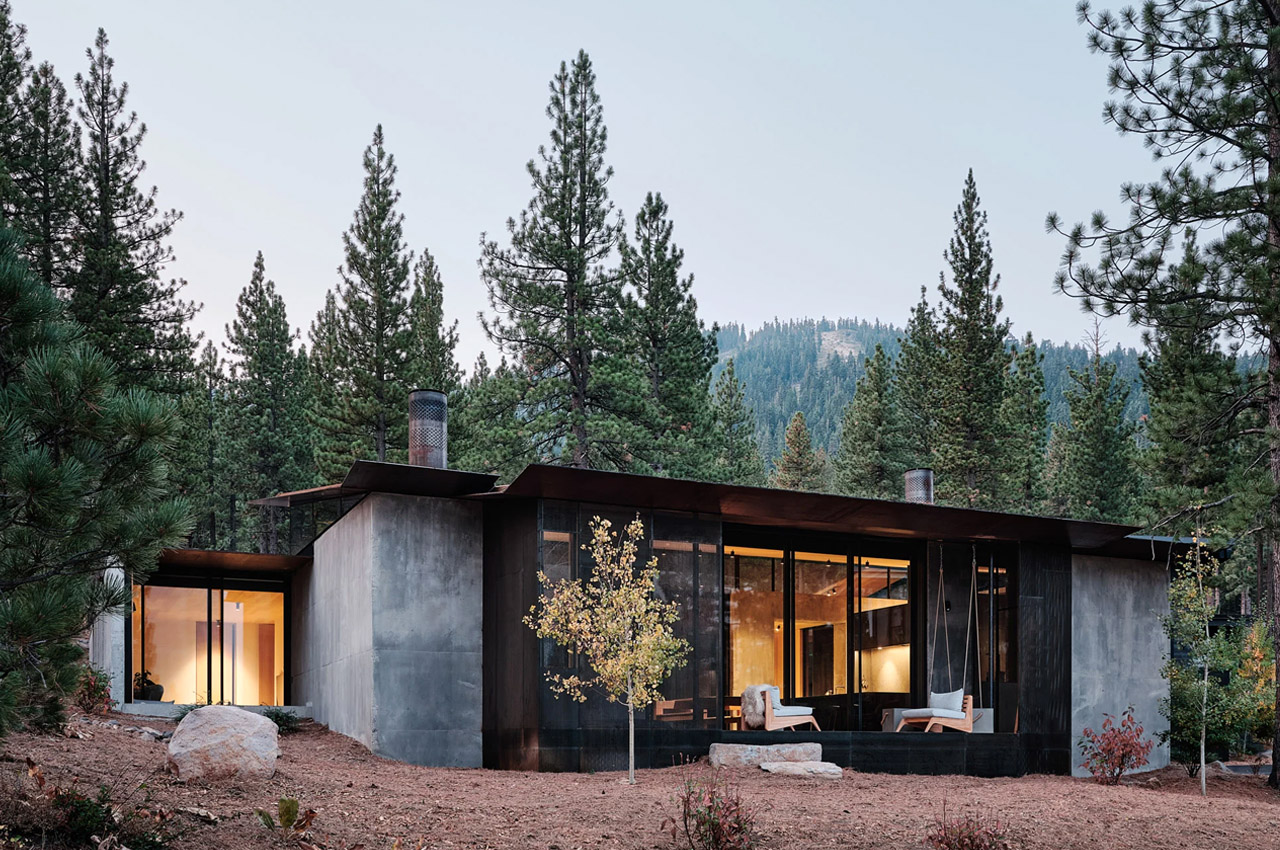 In recent years, Californian wildfires have become more frequent and dangerous, hence when it comes to building homes and cabins in the Californian forests, it’s imperative to construct structures that are as non-combustible as possible. Architects have to be more mindful, and aware while building these lodgings, especially when it comes to the ones in the Lake Tahoe region, where the Caldor Fire burned 221,000 acres, and destroyed over 1000 structures, last year itself! A house near Lake Tahoe, that was built consciously using non-combustible materials, in an attempt to withstand forest fires is the CAMPout House. It was built for the CEO of Five9, a publicly traded cloud-software company in San Francisco, and his family. 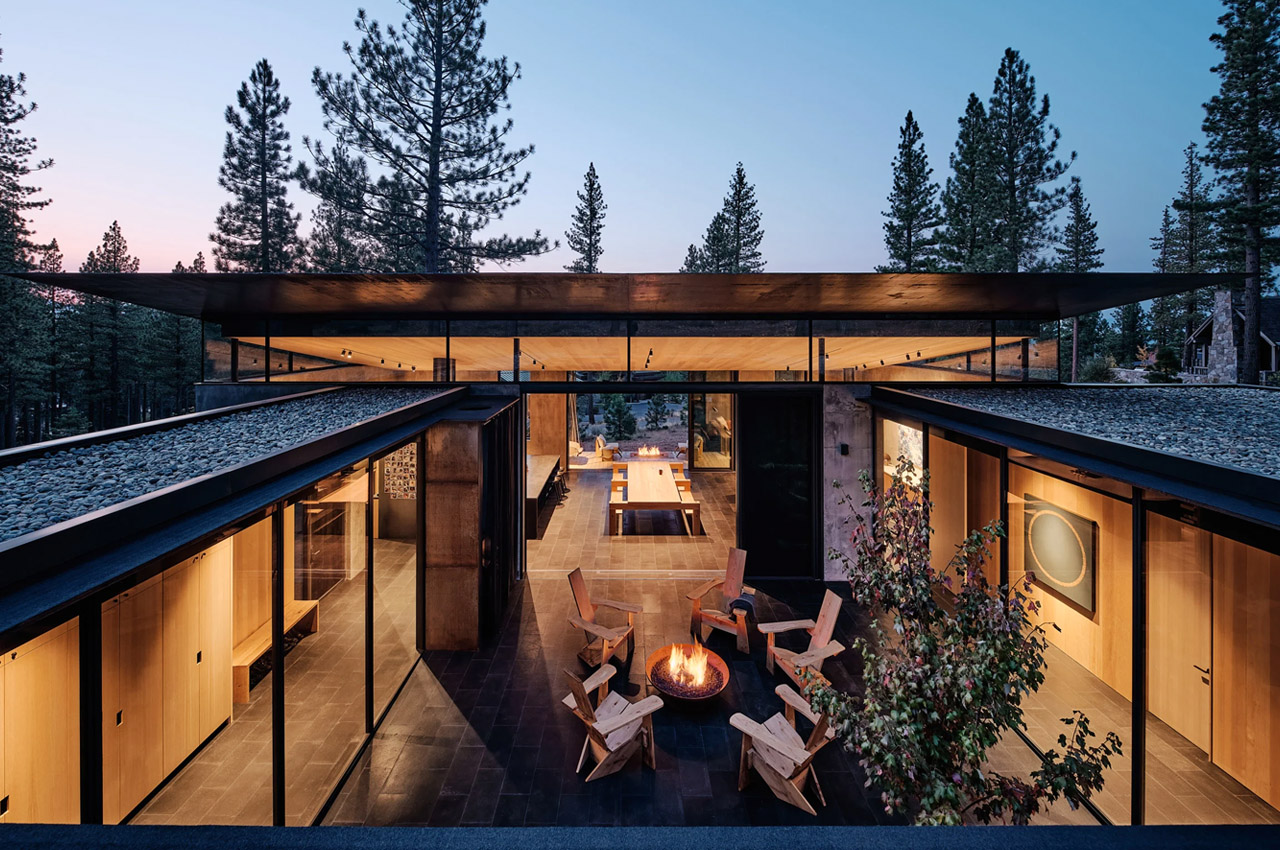 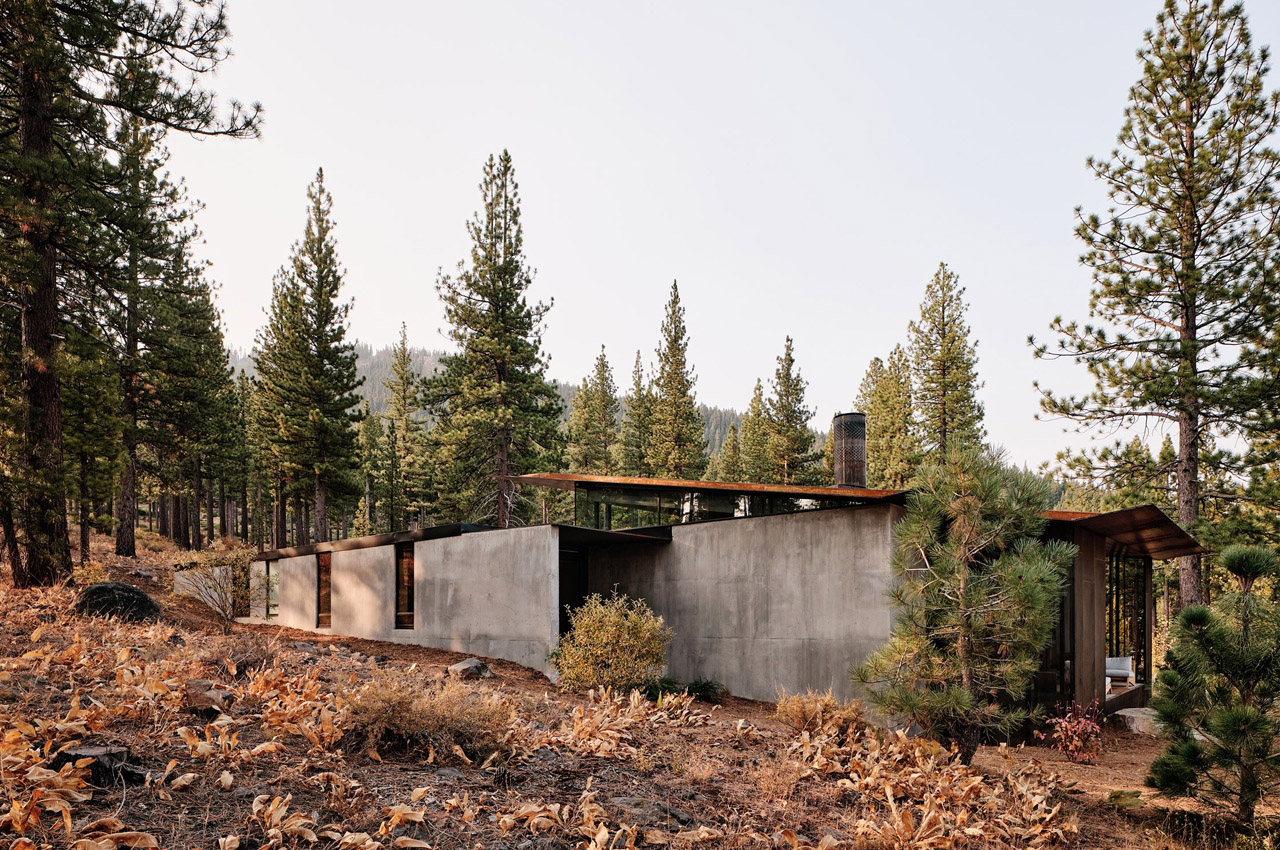 Designed by Faulkner Architects, the 3800-square foot home is situated on a smooth slope in Tuckee, a quaint mountain town. The home has been placed cozily in the midst of a pine forest, not too far away from an 8000-foot extinct volcano. The house’s exterior was deeply influenced by its location, and the threat of a wildfire occurring.

“As climate change increases the magnitude of wildfire events, we must enhance the construction systems and materials to withstand these disasters,” said the architects.”The form can take on a protective posture. Materials can be non-combustible.” 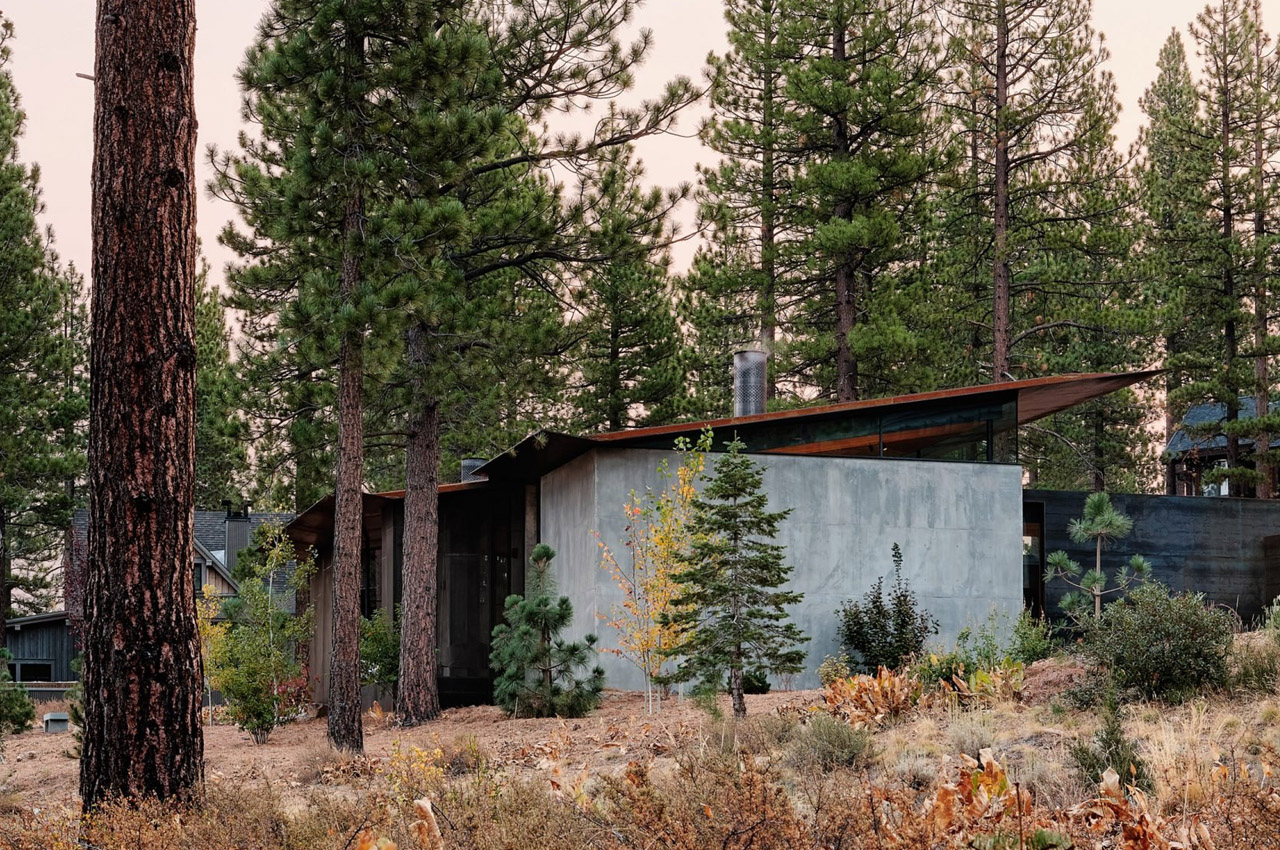 The exterior has been constructed from concrete and 16-gauge weathering steel – which could help the home in surviving a wildfire. The structural frame was built using engineered wood and steel. Impressive windows were placed around the home, to provide surreal views of the surrounding forests, instead of the neighboring homes. The windows were provided with a perimeter seal to do so. 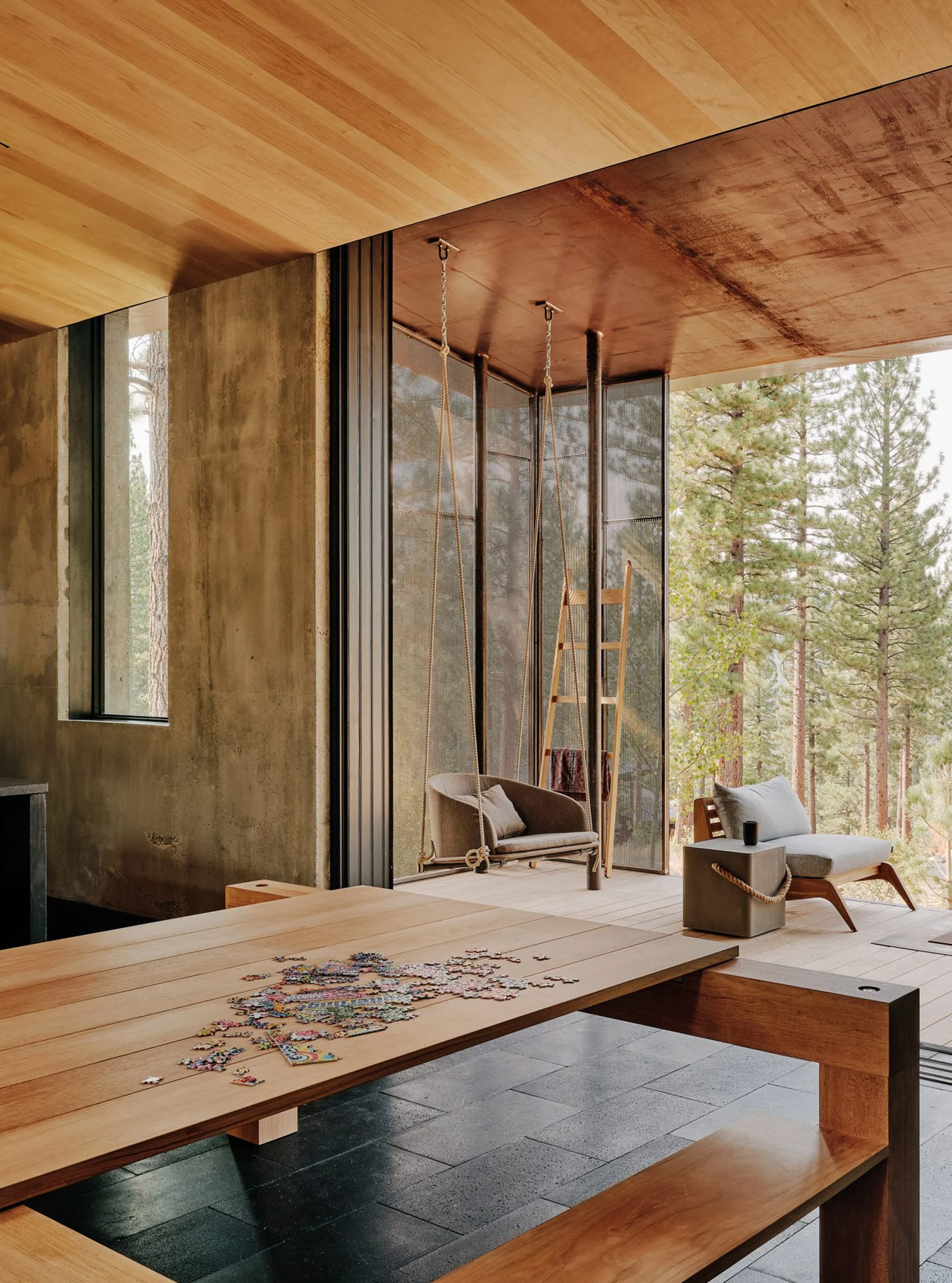 The home completely incorporates indoor-outdoor living, since the family loves the outdoors! A strong connection to the outdoors was thoroughly maintained. “The house was inspired by the lifestyle of the client, who cross-country skis from their backyard up the mountain and skis down,” said the studio. “The home is simultaneously a base camp for adventure and a serene escape from the urban sprawl.” 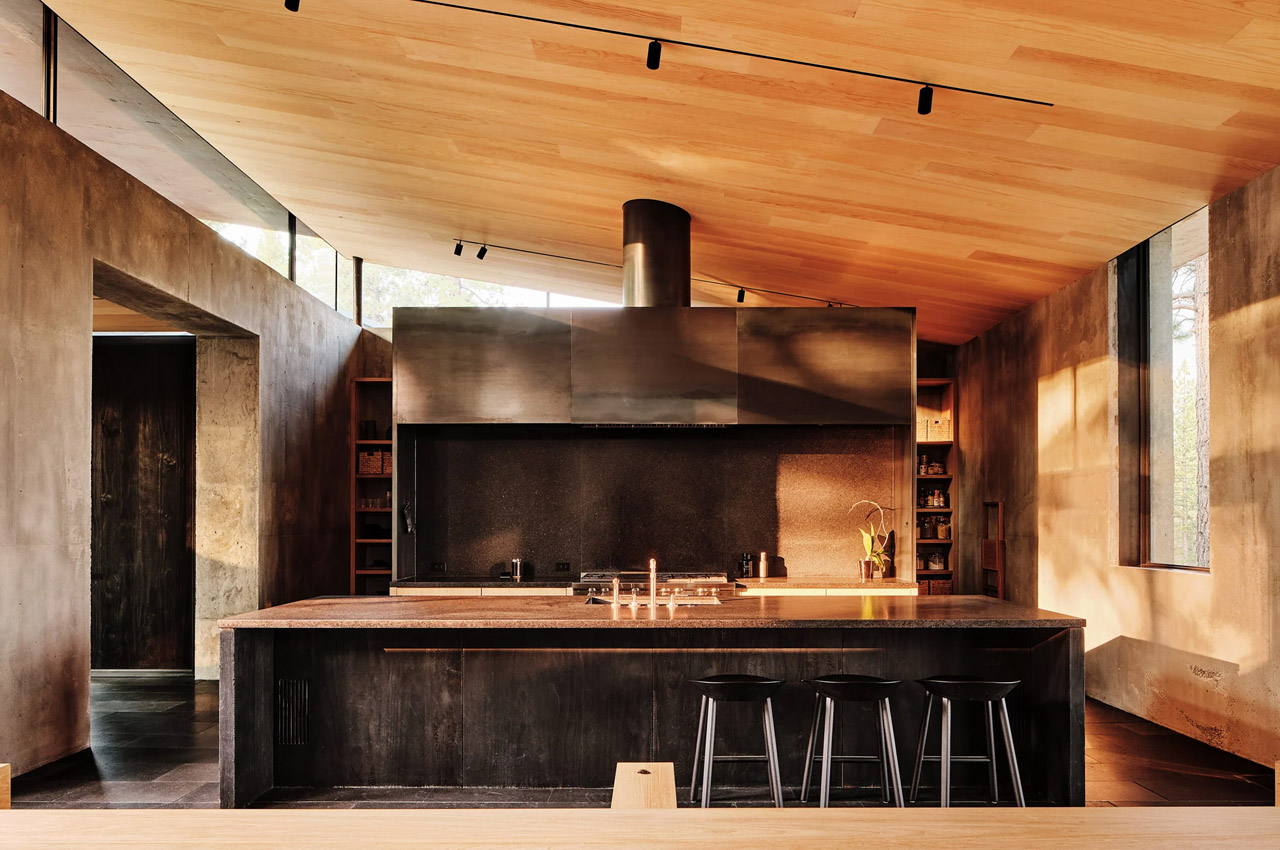 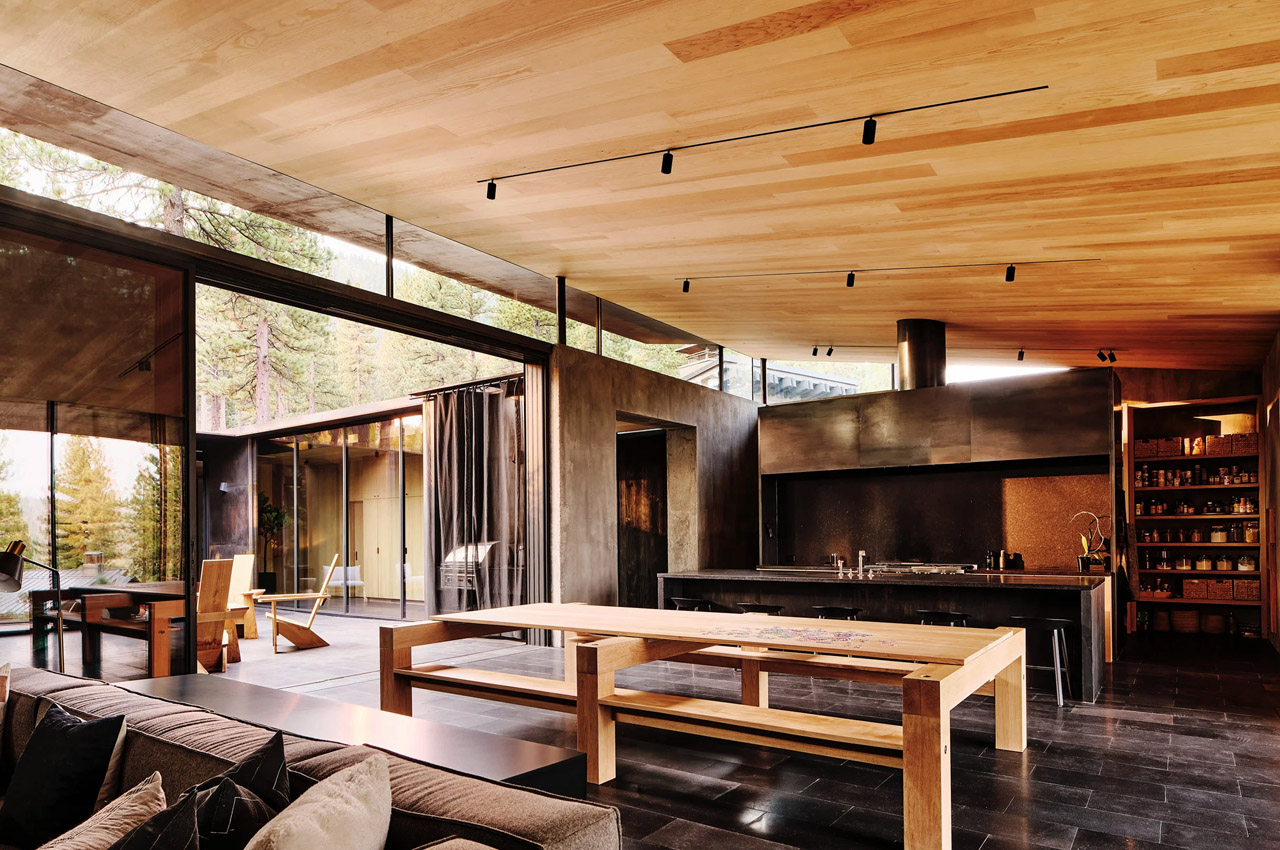 The home basically features irregular volumes centered around a courtyard with a fire pit, which provides privacy, and also allows a generous amount of light to enter the house, via glazed walls and sliding doors. The front section of the home is sheltered by a thin shed roof that lifts up, making way for more light to enter the living space. The southern section of the home which functions as a pavilion, hosts an open-concept kitchen, a living room, and a dining area. While the northern end houses the media room, guest room, and office. The master bedroom is located in the west.

The home is a rustic and charming entity, that provides a soothing connection to the outdoors, while also proving to be safe haven, quite literally. 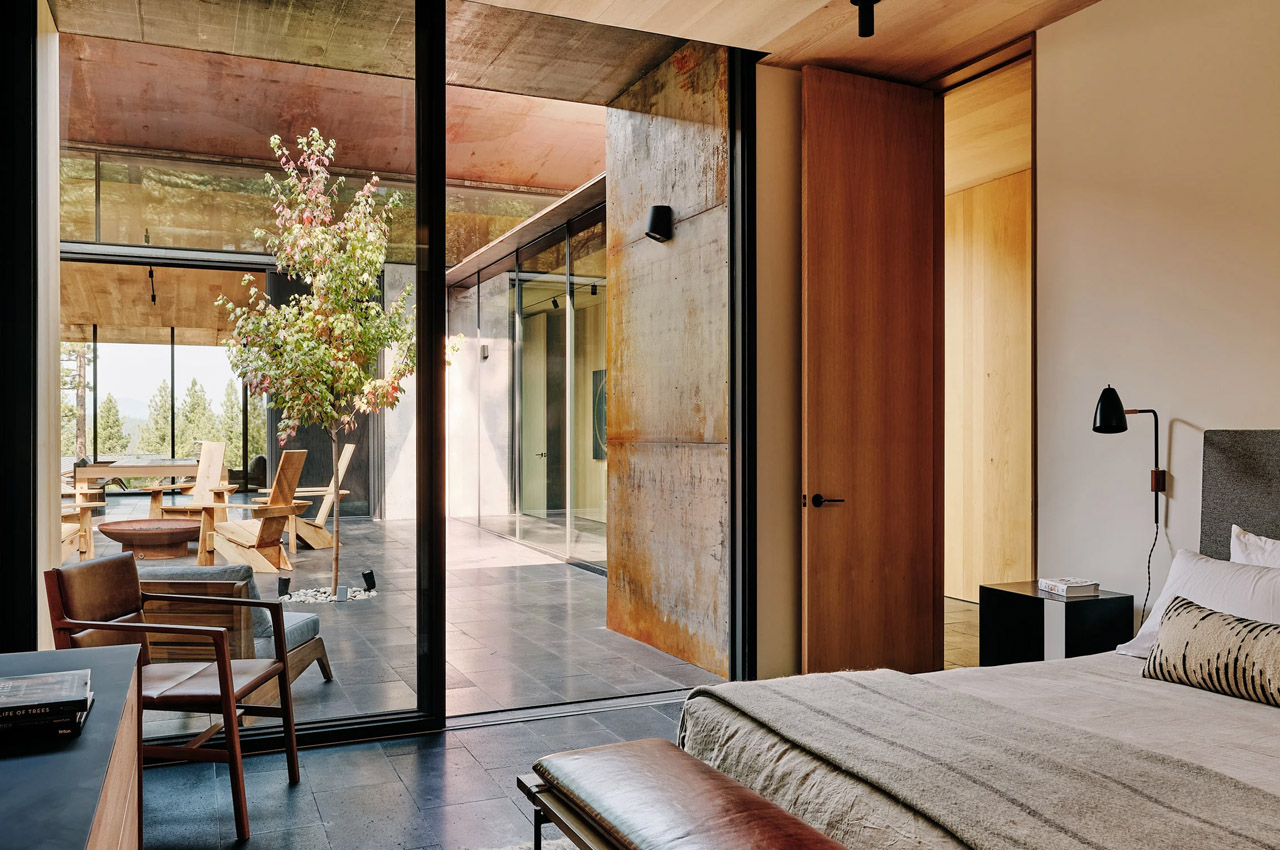 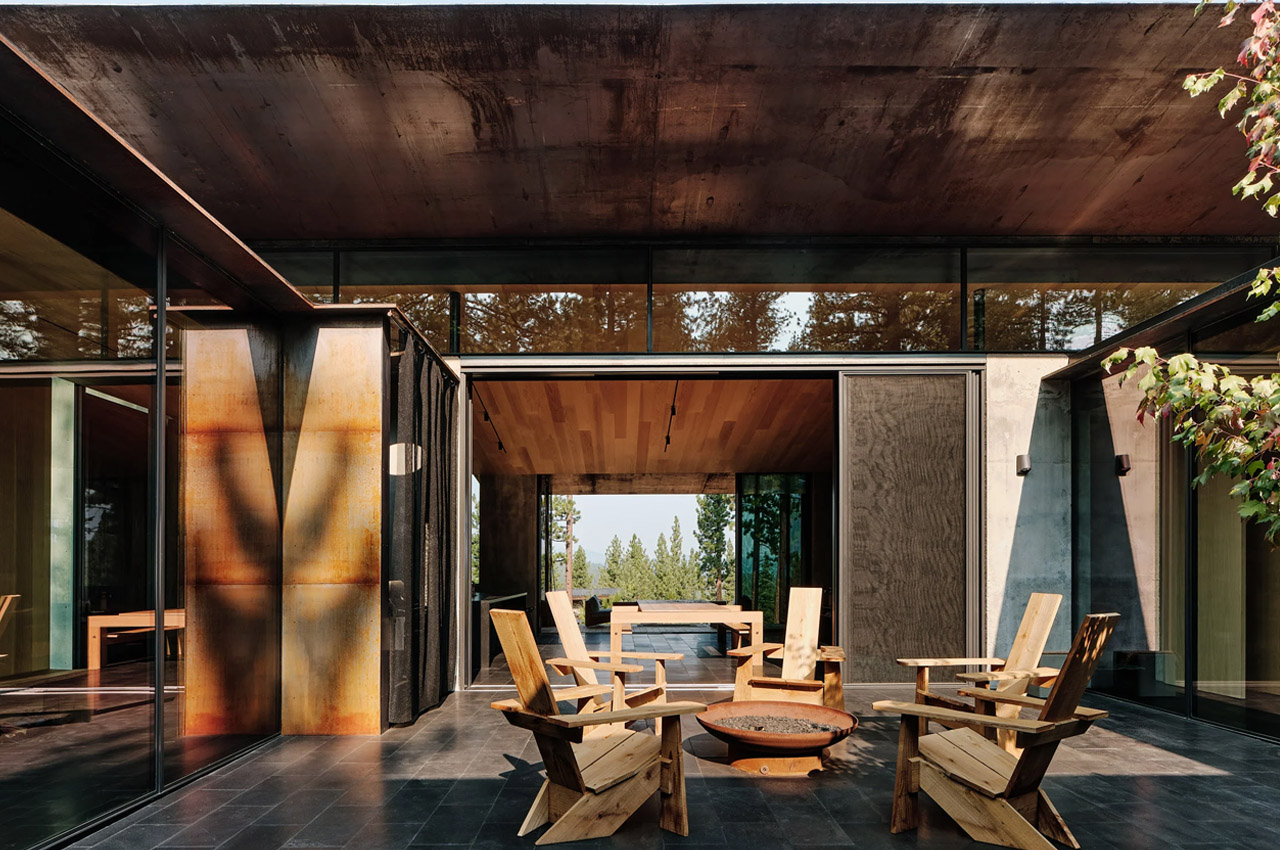 This contemporary cabin was made using sustainable construction materials like cedar and glass!

Raise your hand if you want a cabin nestled on the shores of a stunning island away from all the unprecedented times? I found this…

Do you know what the future of architecture looks like? Smart, sustainable, and self-sufficient! You shouldn’t have to choose between a smart modern home and…