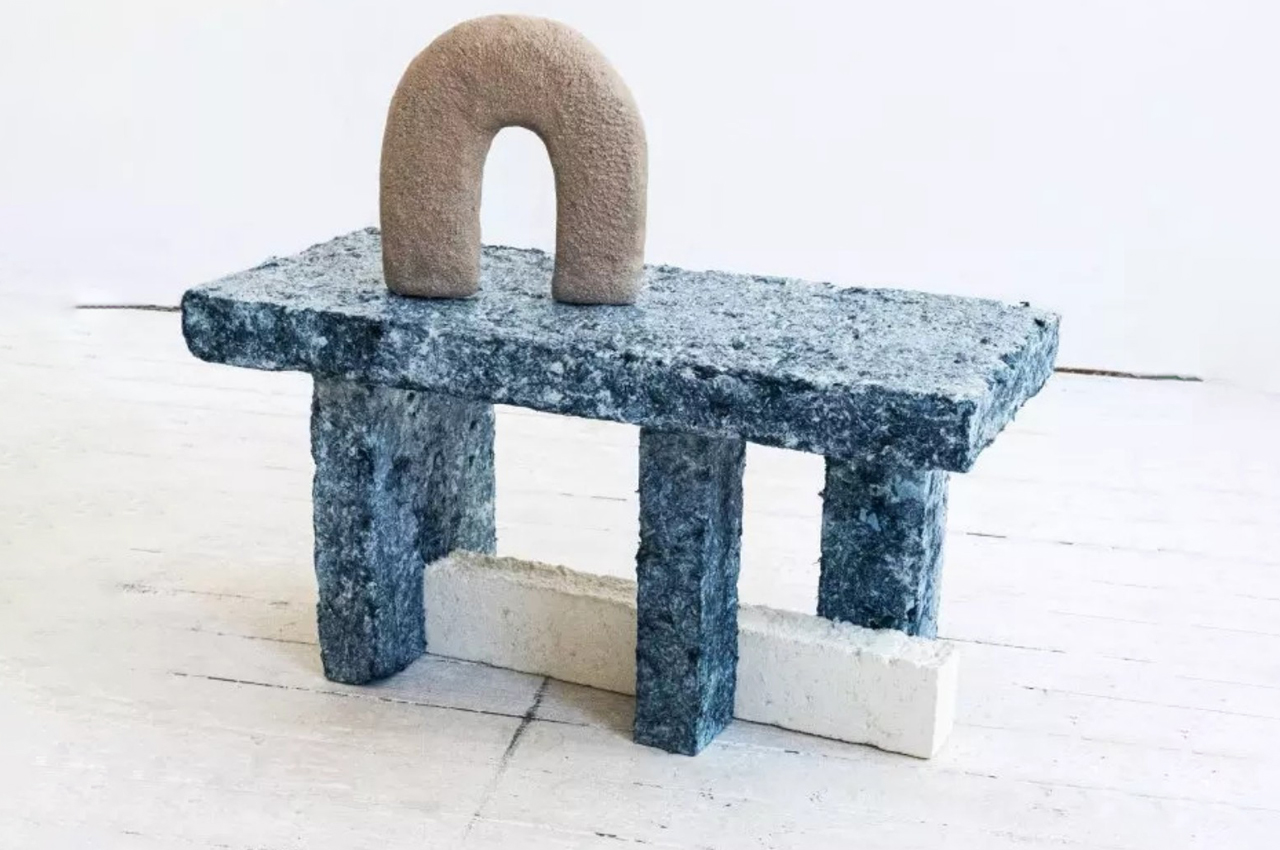 There are a few things in life that humans can never get enough of that aren’t food. These include furniture for living spaces and clothes for our bodies. Fortunately, these two classes of products are quite ubiquitous, mostly thanks to manufacturing technologies and cheap materials. Unsurprisingly, mass-produced products aren’t the most sustainable products, and even seemingly innocent textiles have their own dirty laundry, no pun intended, when it comes to the environment. There’s also the matter of wasted unused materials like scraps and overruns that are simply discarded, often at the expense of the planet. Finding a good use for these bits and pieces might not be that easy, but one such artist thought outside the box to turn denim waste into the unlikeliest of new products: pieces of furniture. 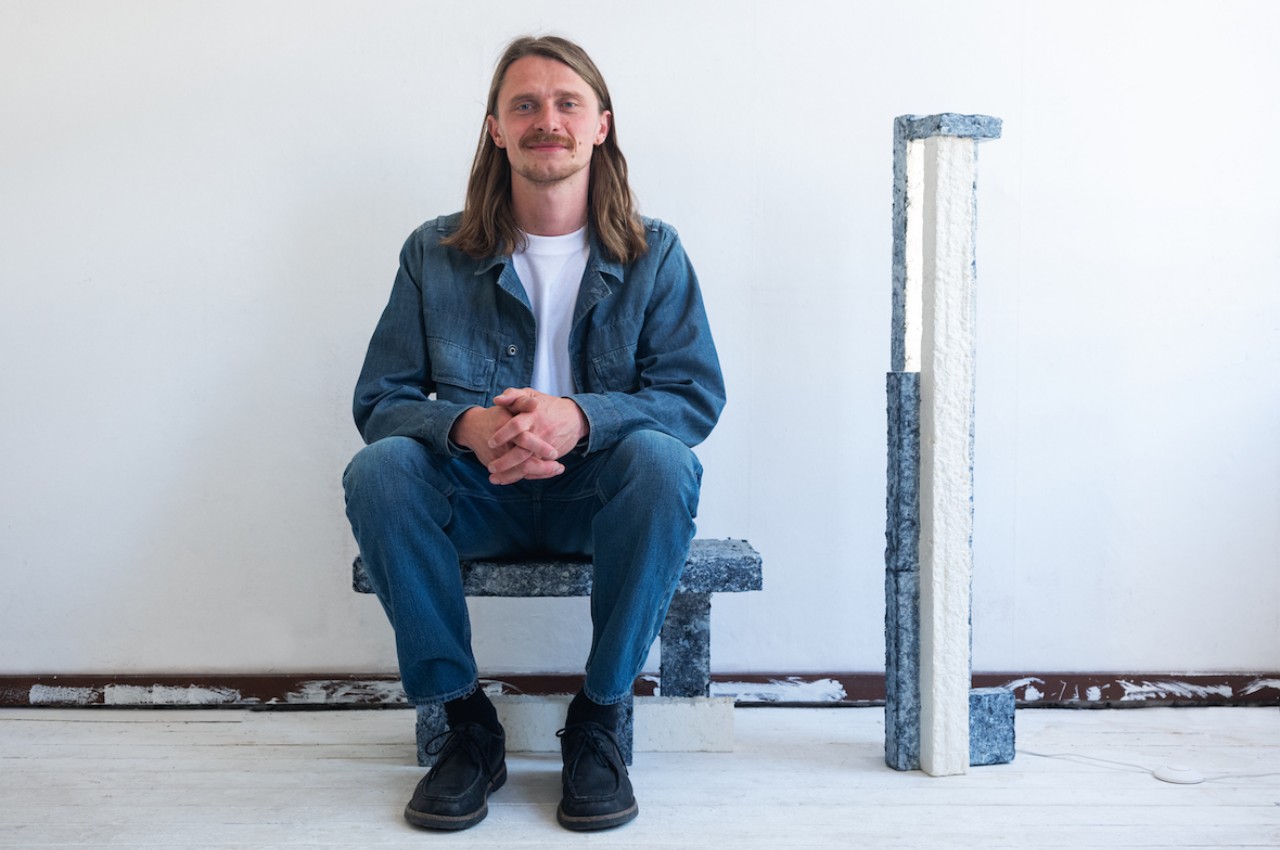 Common fabrics are often dyed using processes and chemicals that tend to be toxic to the environment, making it one of the textile industry’s worst secrets. Simply throwing clothes could still end up harming the planet in the long run, but even their production can be problematic from a sustainability point of view. Some pieces of clothing or fabrics might be recyclable, but scraps and bits of material aren’t so easy to reuse because of their small sizes. 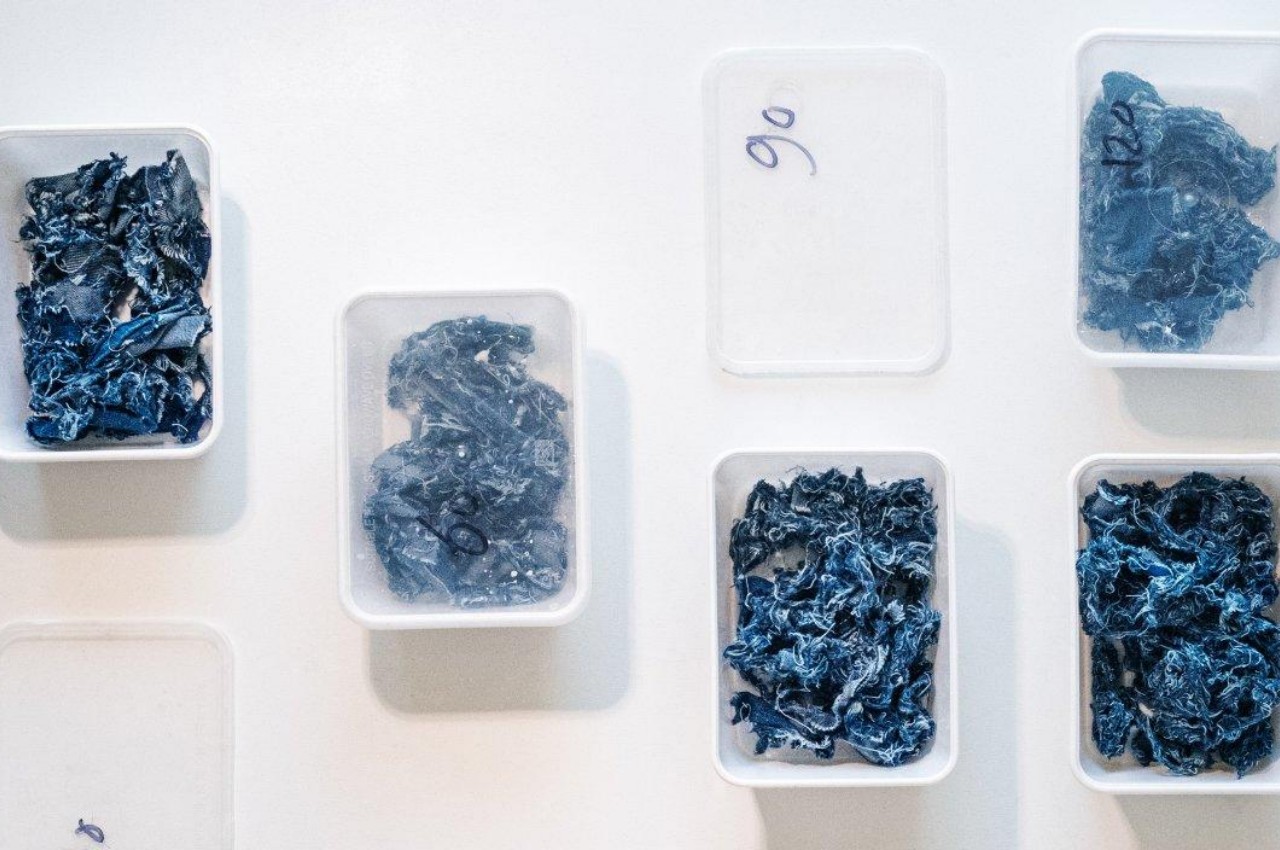 A better solution would be to use them as the base for something else that may not be directly related to the world of textiles and clothing. This three-piece furniture set composed of a side table, a stool, and a lamp is one such example, using denim waste not to simply cover the surface of the furniture as you might expect. Instead, the pieces of denim come together to form the furniture’s core and structure while also giving it a texture and visual that is truly one-of-a-kind. 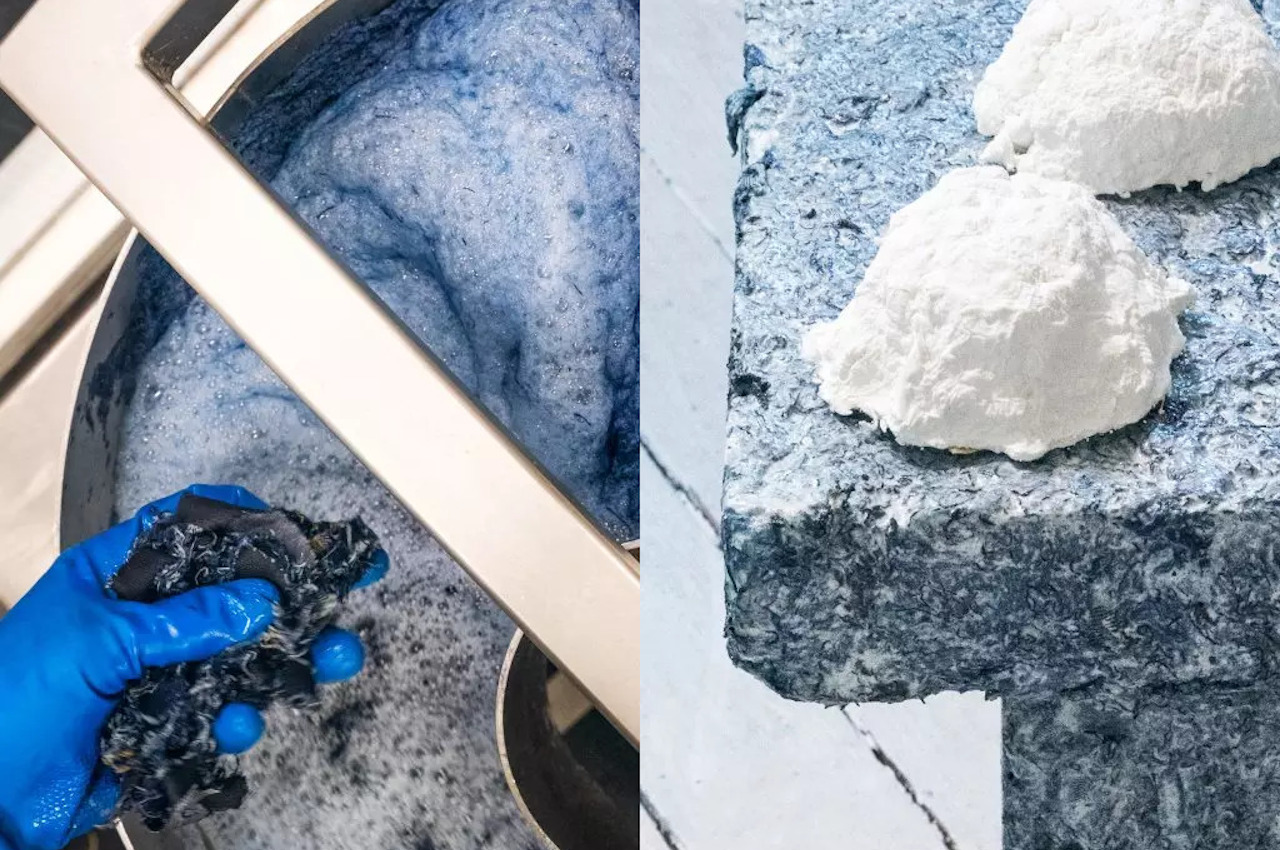 The idea for Fluff Stack came from the observation that denim pulp is actually very strong. This new kind of material was made by putting denim pieces into an industrial pulp machine and then was mixed with cornstarch and water. The result was a material that looked and felt fluffy but had certain durability to it, allowing it to be pressed into molds to become more rigid shapes. 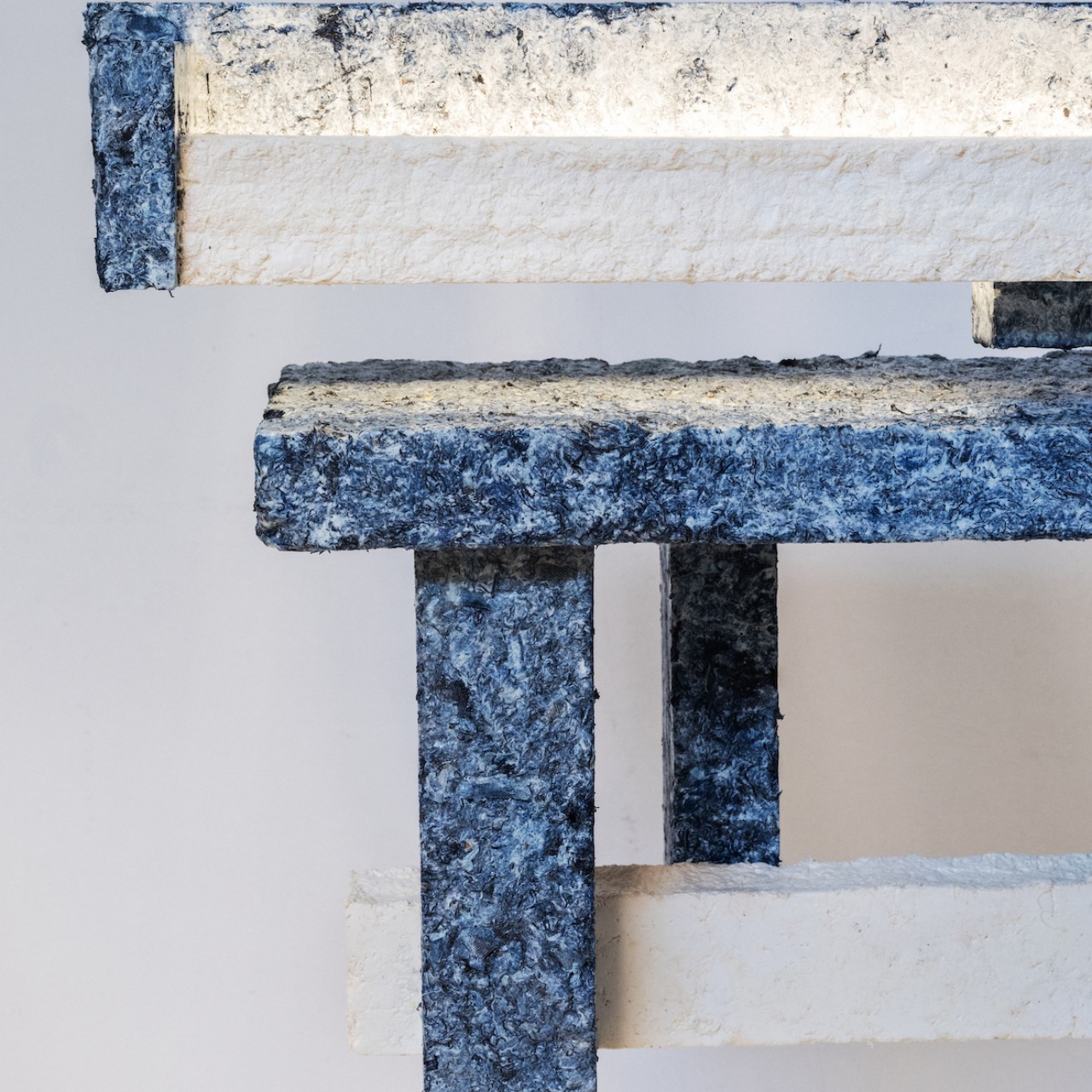 The ultimate test of the strength of this new kind of material is to use it for products that need to support a lot of weight or withstand rough use. Furniture, of course, is the perfect representative of such products, and, thus, the Fluff Stack series was born. Even without knowing the history behind these art pieces cum functional furniture, Fluss Stack easily captures one’s attention and interest. Rather than straightforward forms, the pieces are composed of blocks of solidified denim pulp arranged in a maze-like combination. The fluffy appearance of their surfaces also makes them stand out as if covered with fur all around. 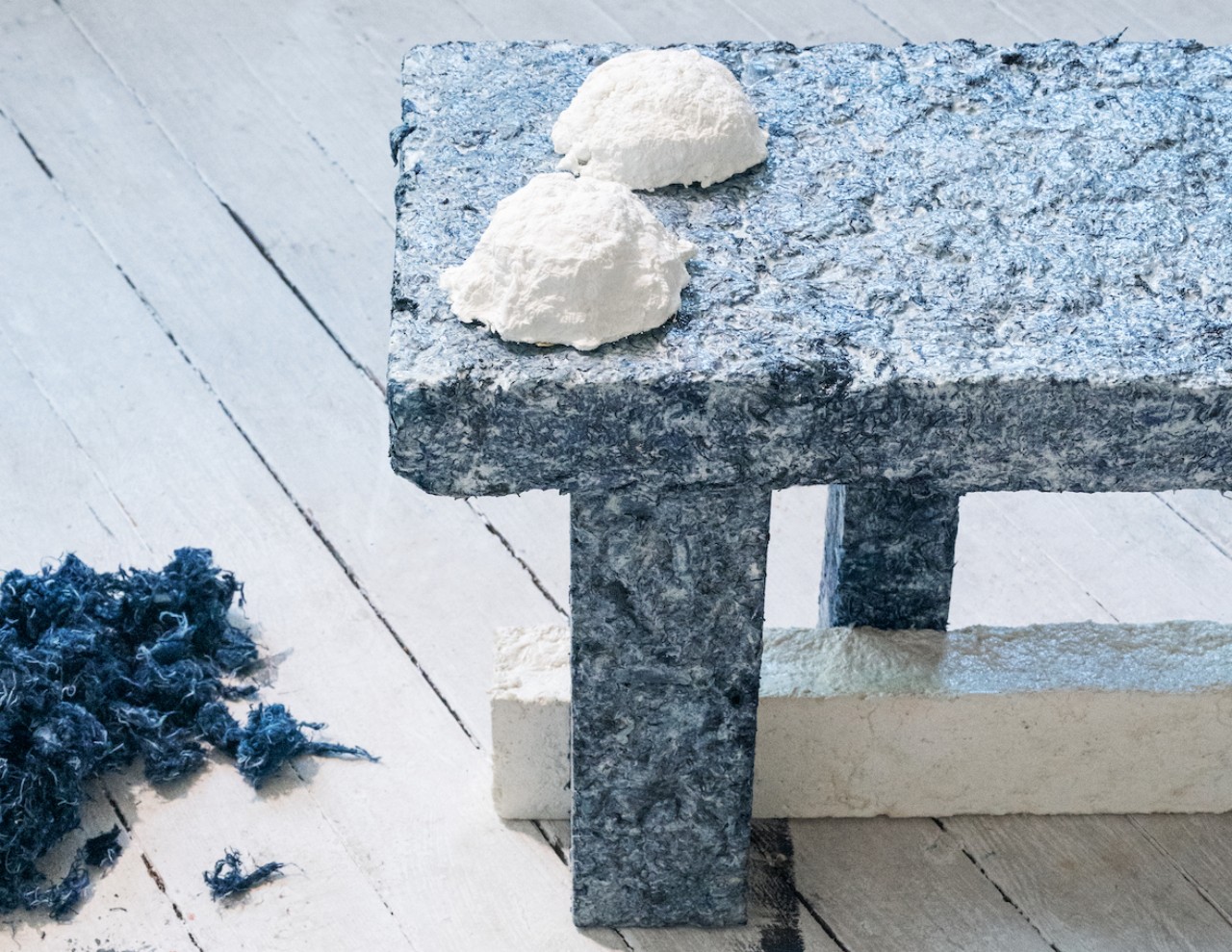 Fluff Stack probably won’t become a common furniture design, but it does open the doors to what can be done with fabric waste. In an ideal world, nothing really gets wasted, and even scraps can be used as foundations for something else, forming a large part of a circular economy. And apparently, they can also look good, too, which goes a long way in making them attractive as functional decor or fancy furniture. 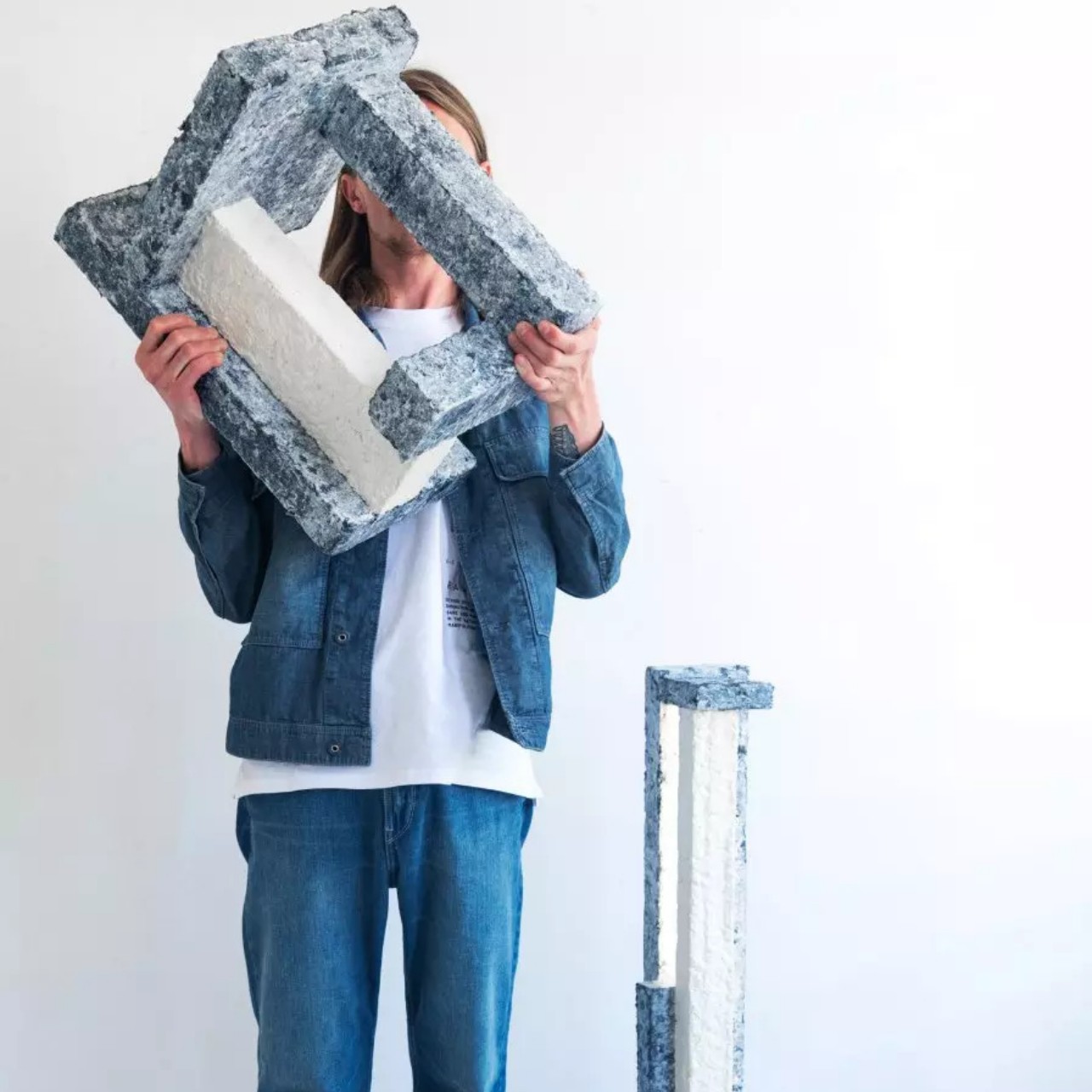 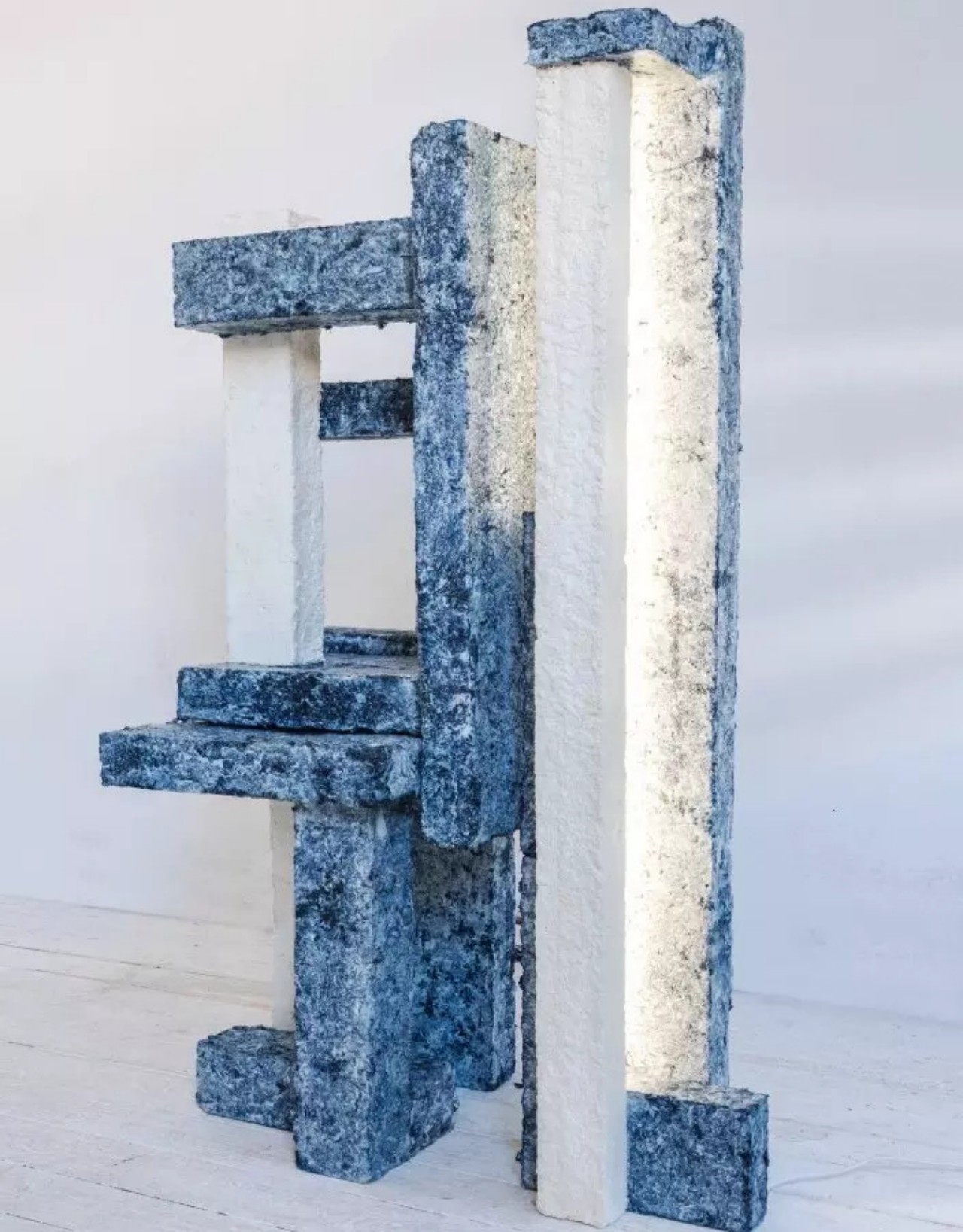 A Light, a Mobile, a Hanger

It, all of those, all of those together, they’re called “Lihamo!” Get it? It’s the first two letters of all those words together! Designer Cho…

It’s an Armchair then PRESTO

What do we want? Rocking chair! When do we want it? In under 20 seconds! Thats what you want. I know you do. You’ve got…