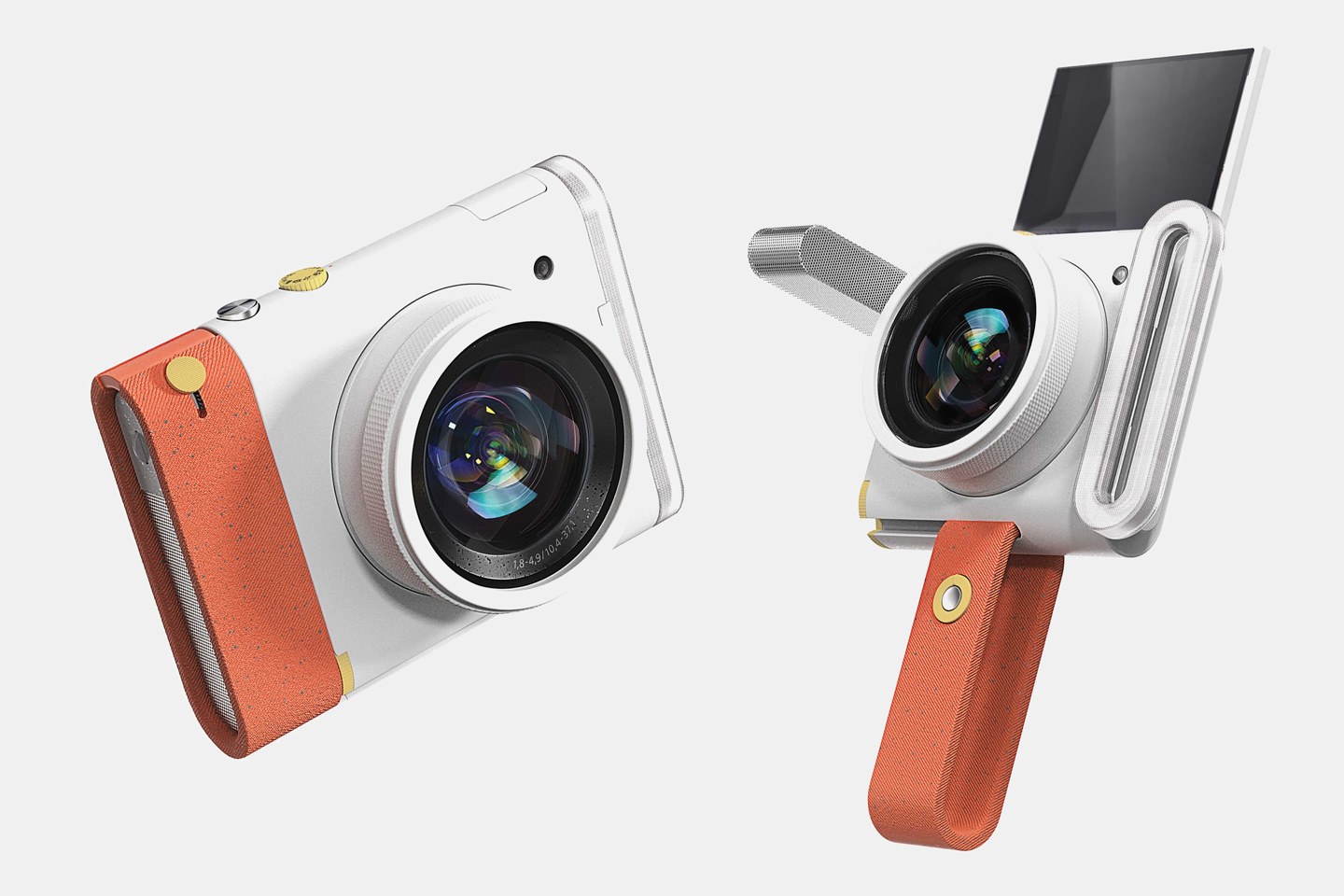 Take a look at any professional camera and its design has a certain logic to it. Especially if you look at the heavier DSLRs, they’re made to be ergonomic and held a certain way. You can’t hold a DSLR with your left hand, the grip’s made in a way that only promotes right-handed usage. Similarly, not all cameras come with screens that pivot 180° to face forwards. In short, a DSLR or Mirrorless camera is made to record other subjects, not yourself. In comes the VoCam concept to change that.

A winner of the Red Dot Design Concept Award, VoCam explores a vlogger-specific camera style that enables self-recording among other recording styles. The three key areas where the camera truly shines is A. in its orientation-agnostic form that can be held in portrait and landscape formats for the recording style and social media outlet of your choosing, B. the adjustable screen that faces all the way forward so you can record yourself as effortlessly as you would on a smartphone, and C. the grip on the side that opens up into a pop-out handle/grip for carrying your camera while walking and recording. The camera is also pretty much designed to be an expert kit right out of the box. It doesn’t need extra lenses or additional accessories like tripods. Sure, you can upgrade your camera with USB storage, gimbals, etc., but the VoCam is designed to be as capable as possible with minimal upgrading required! 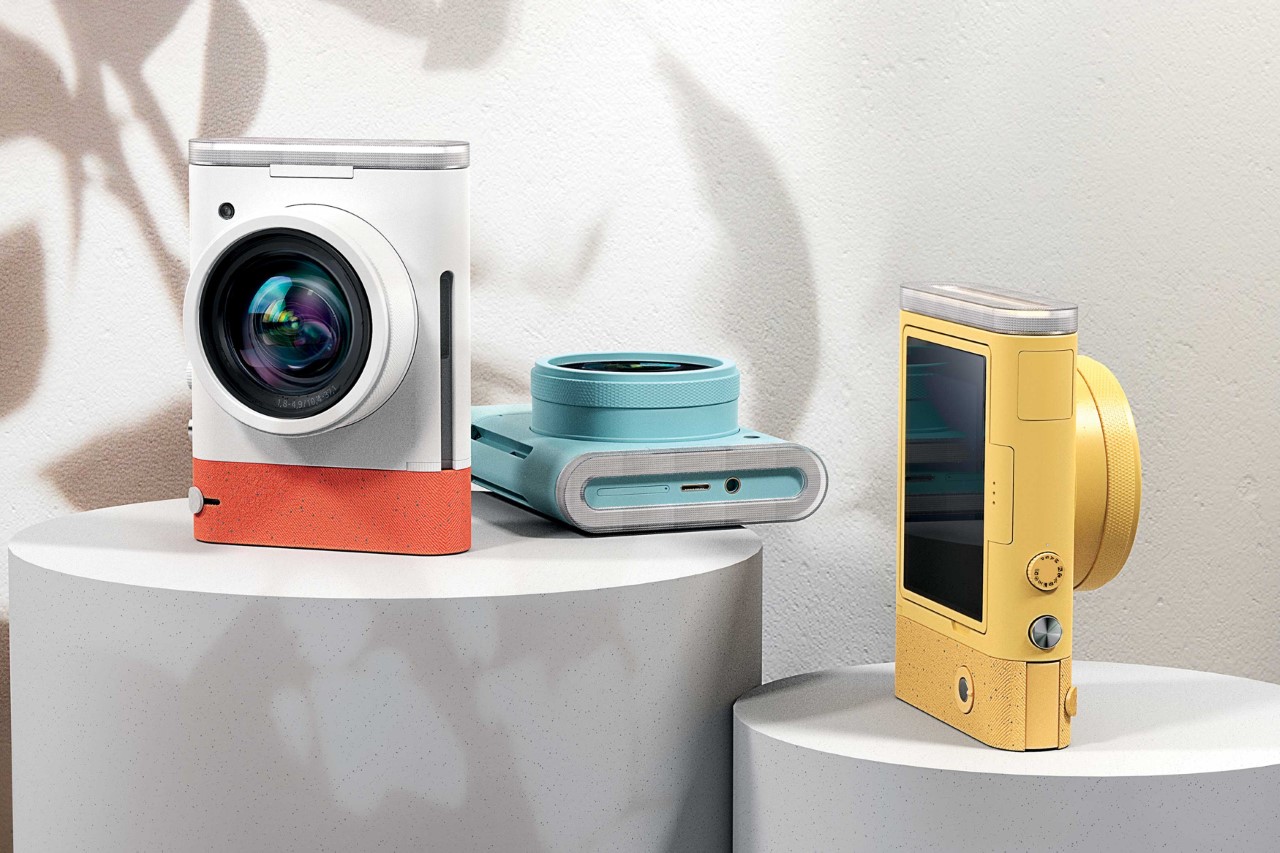 The VoCam’s design comes from China-based designer Fan Chenchen, with inspirations that clearly feel like a hat-tip to Polaroid’s fun, young-demographic-friendly style. It features an f1.8 lens on the front that seems to be the exact same one found on the Sony RX100, and if we’re going by that reference, the VoCam also probably has a massive 20.2MP 1-inch CMOS sensor underneath, allowing for high amounts of light capture that is perfect for shooting in all kinds of light. 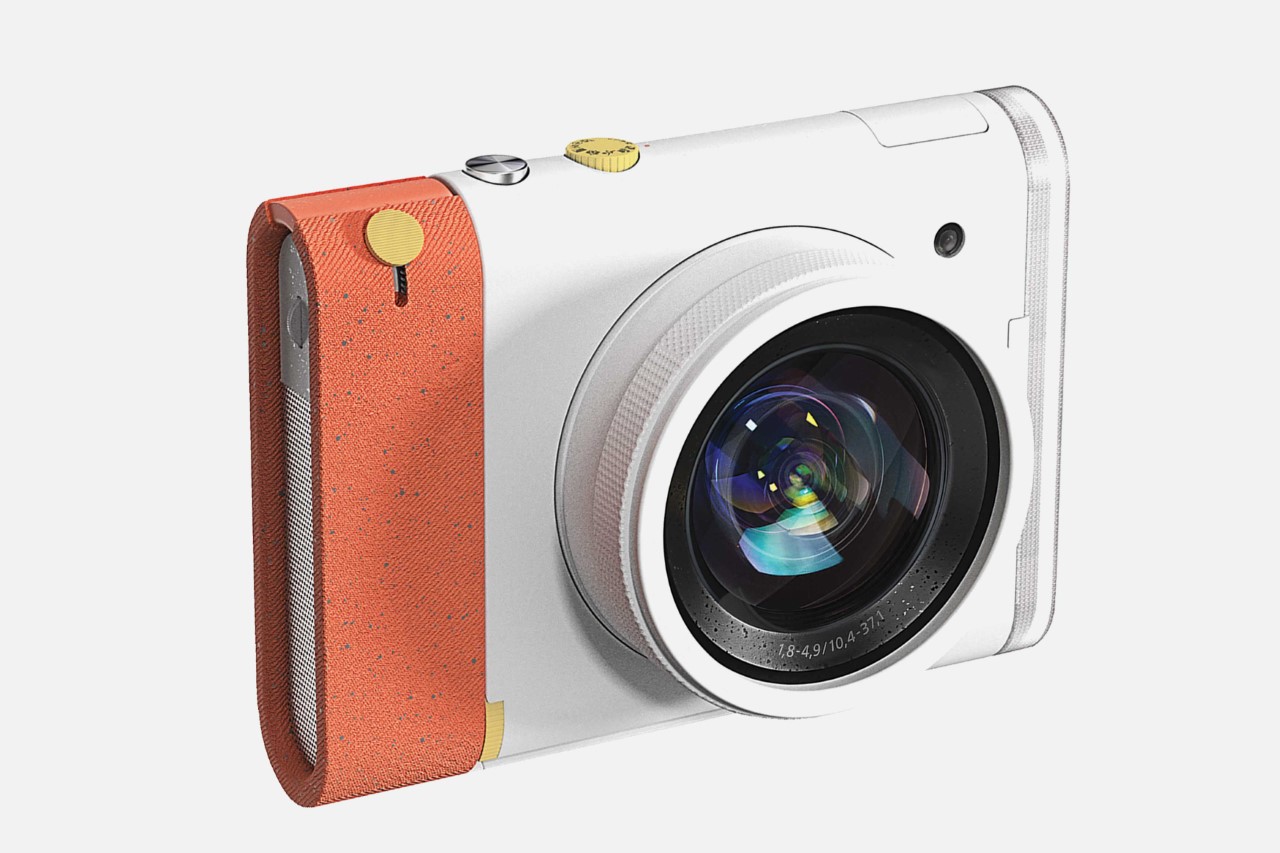 What’s really remarkable about the VoCam is that it isn’t just a camera. It’s a full-fledged recording station that has the best of all worlds. The lens, like I mentioned earlier, is top-notch, but the camera also comes with a 180° adjustable screen that lets you record others as well as yourself. There’s a rather large pop-out flashlight on one side of the camera that can be made to face any which way, and on the other side, right underneath the detachable grip is an adjustable boom mic of sorts, giving you the ability to record videos with stellar audio to match.

To keep the purists happy, however, the VoCam has a tripod mount located on its side (visible through the hollow part of the flashlight). It also has an SD card slot and a USB-C port to keep the camera charged. 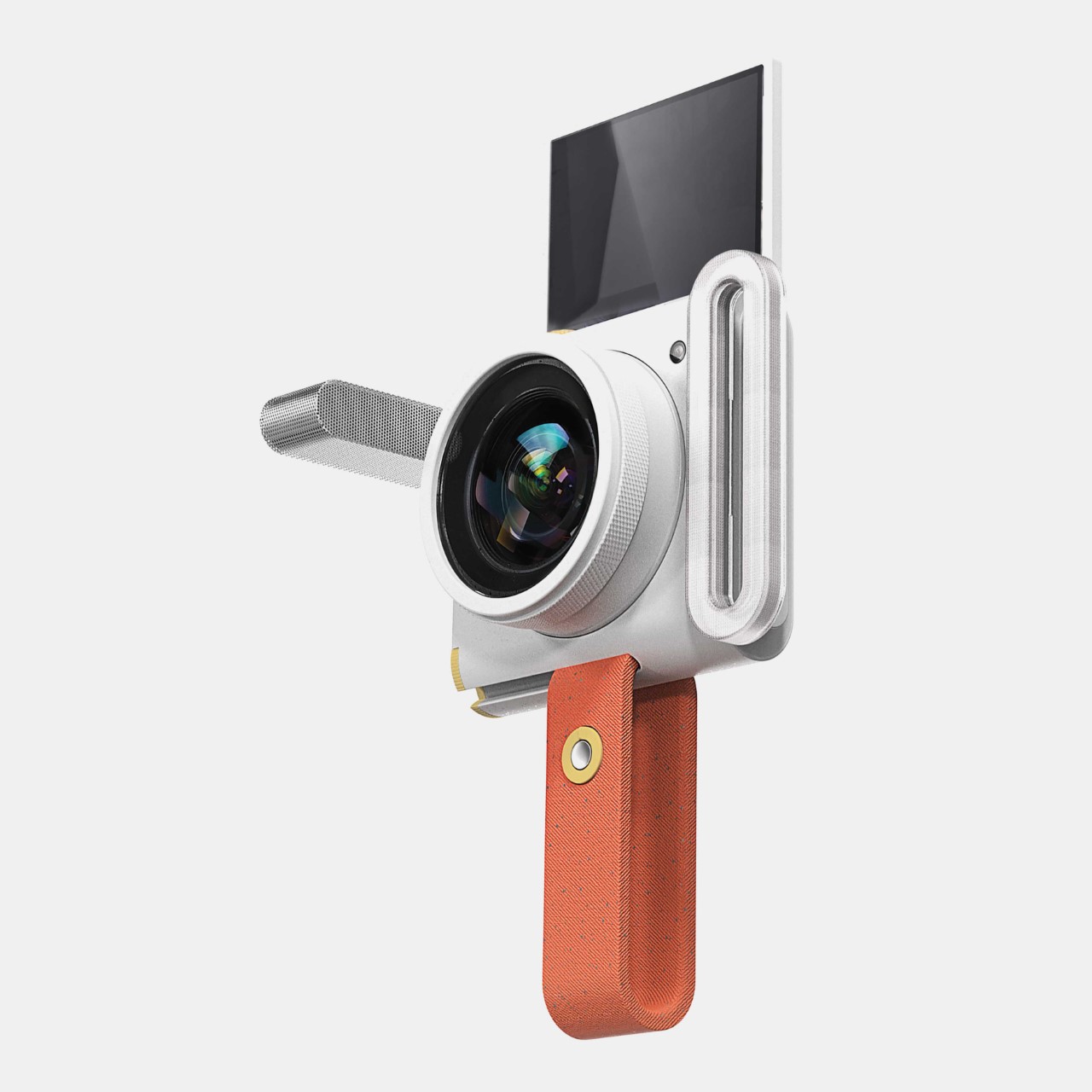 No matter how advanced photography tech may get, there’s something about an actual physical camera and the fact that it always reigns supreme. We’ve reached a point where…

Photography You Can Feel

The Fusion camera was conceived for smartphone photographers who want something more professional but don’t want to sacrifice their instantaneous social sharing! It simultaneously delivers…

Isn’t it high time Instagram entered the hardware game and made their own camera??

While the Instagram Move II camera remains a concept, it’s a rather fitting one for a company that’s dominating the visual social network space. Just…