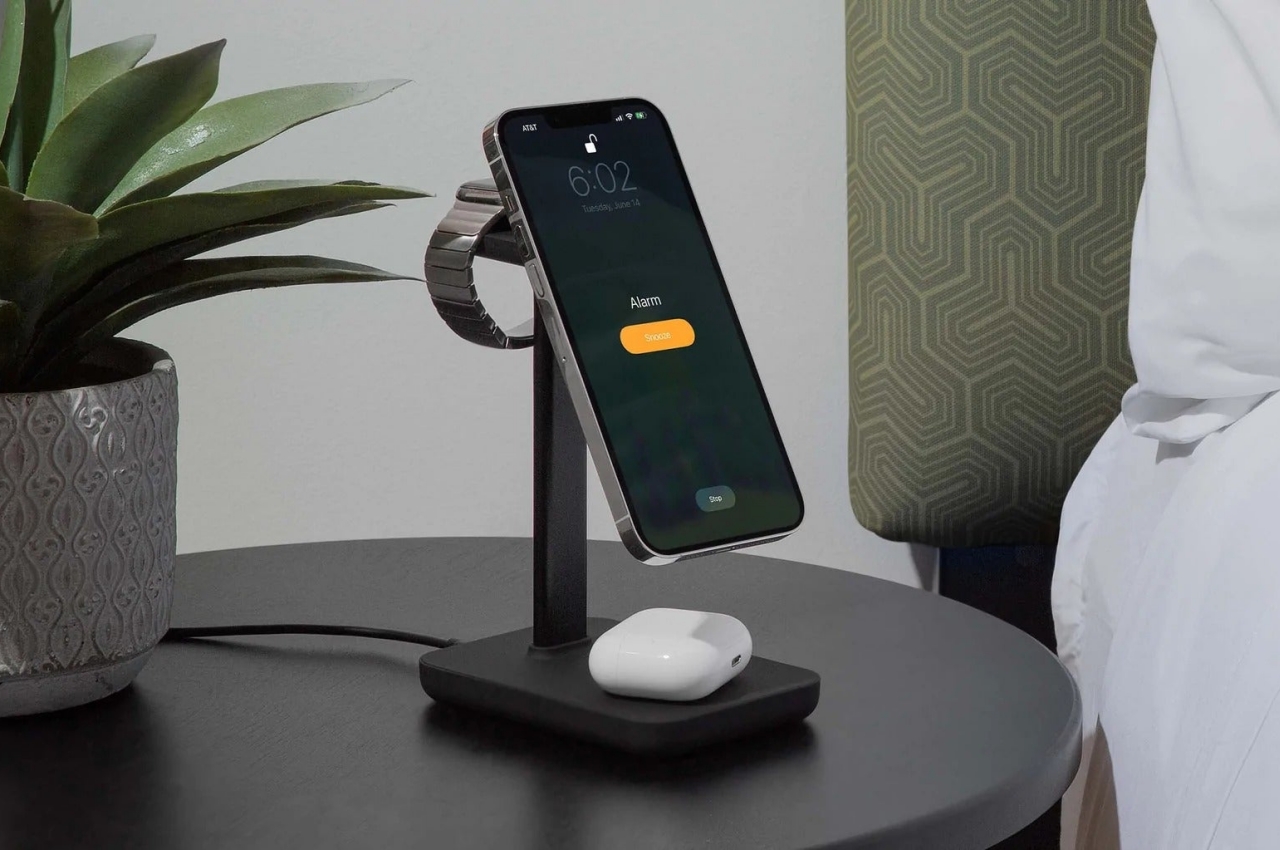 MagSafe has been around even before the time of the iPhone, but Apple repurposed the brand for an almost magical innovation. The company famed for its design chops took existing technology and added just a single, simple thing, and it opened the floodgates to accessories that made wireless charging not only popular but also hip. MagSafe wireless chargers now come in a variety of forms, from cardholders that stick to the back of your iPhone to folding mats that you stick your iPhone onto. It also gave birth to quite a few innovative or downright crazy designs that took advantage of the science of magnets. Without going overboard, this compact wireless charger not only brings a space-efficient way to charge three devices at once, but it also makes your iPhone seemingly hover on top of your nightstand or desk like magic. 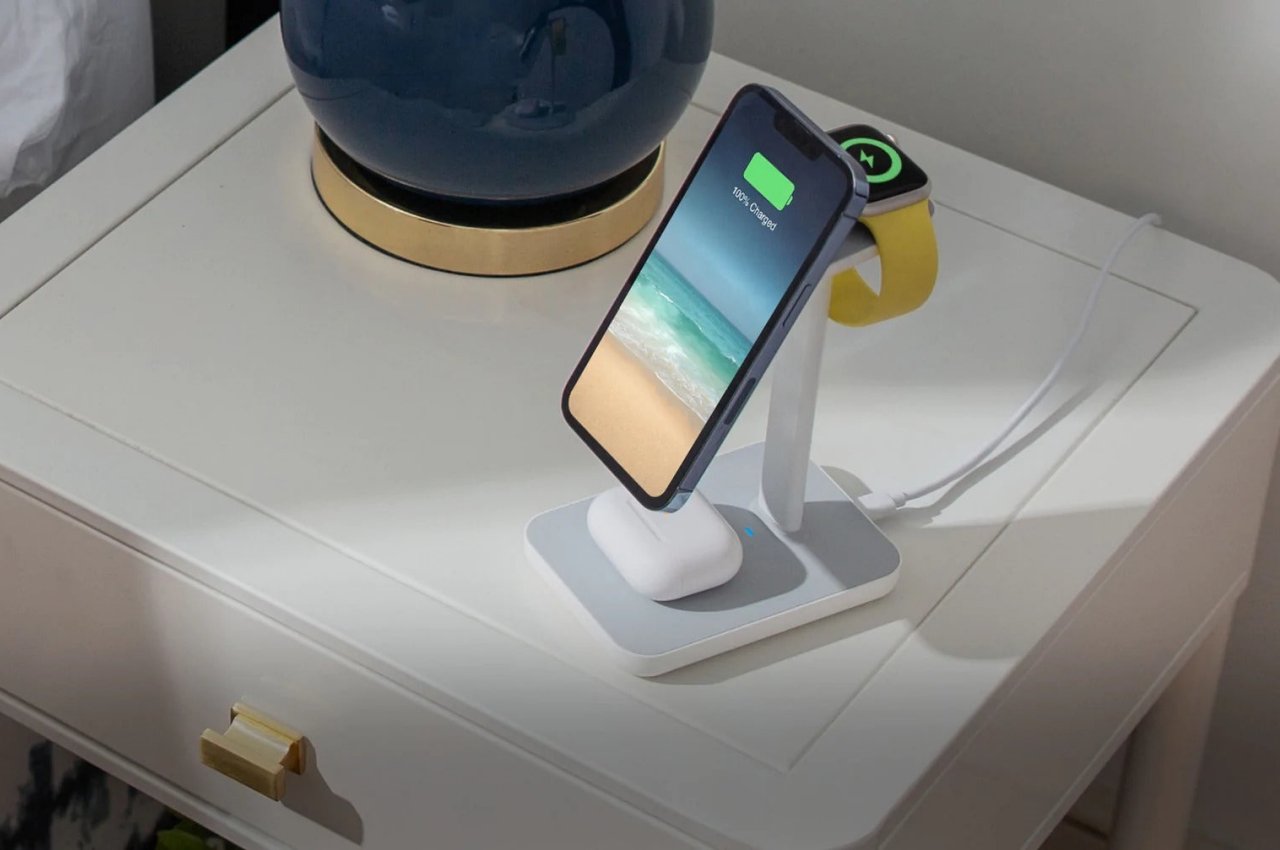 It isn’t necessarily a general truth, but more often than not, an iPhone owner would also have other Apple products in their possession. This could be an Apple Watch, a pair of AirPods, or even a MacBook. Apple’s deep dive into magnetic wireless charging means that almost all these accessories support MagSafe, which, in turn, means each one might have its own wireless charger. It’s that situation that has given rise to many 2-in-1 or even 3-in-1 MagSafe chargers, many of which start to look like each other. Twelve South’s new HiRise 3 stands out not just because of how tall it is but because of how little space it takes up to charge an iPhone and two of its friends. 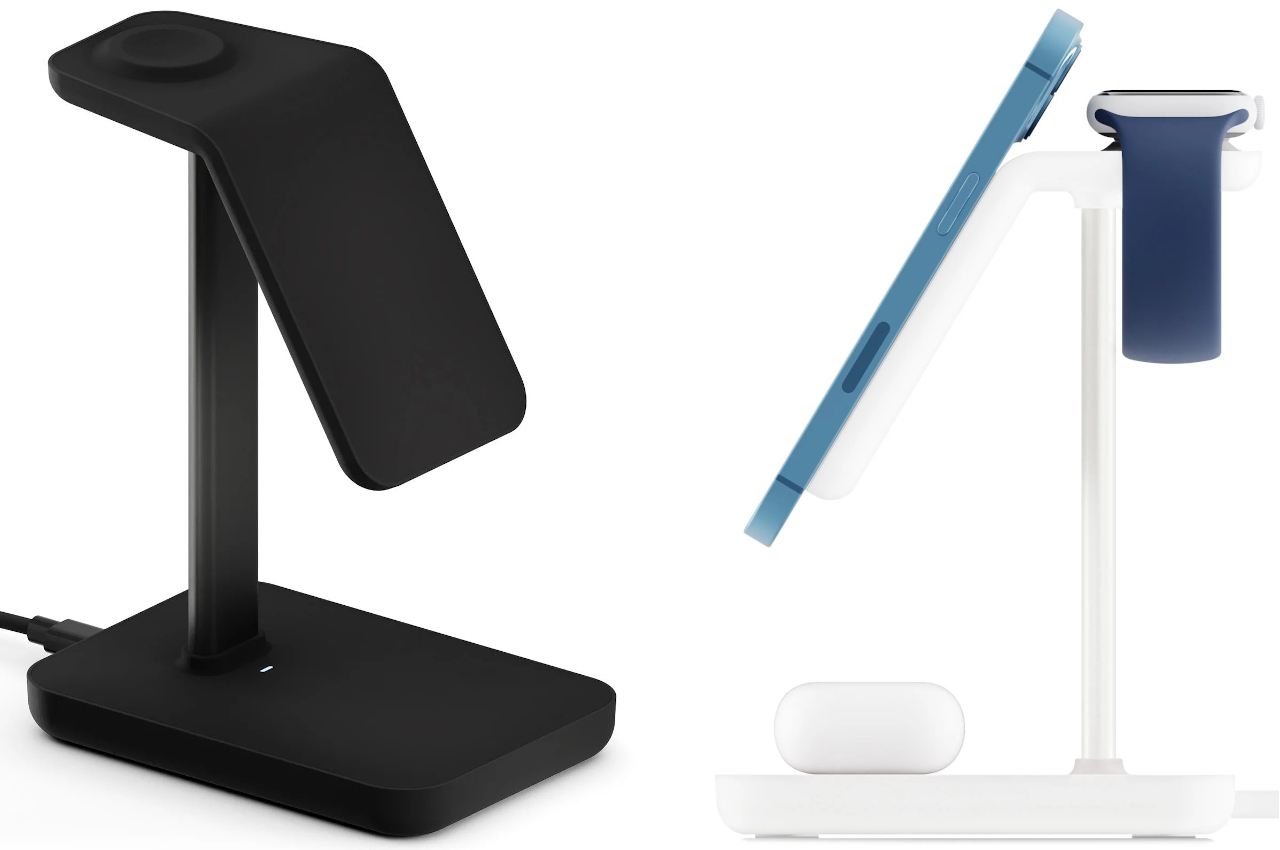 True to its name, the HiRise 3 takes inspiration from tall buildings that take advantage of vertical space where horizontal space is scarce. It maximizes each and every surface of the vertically-oriented stand, like using the base as a charging pad for compatible AirPods cases. In fact, that base can even be used to charge Android phones capable of wireless charging. And despite how many devices it can hold at the same time, it manages to keep a clean, minimalist appearance that looks beautiful without calling too much attention to itself. 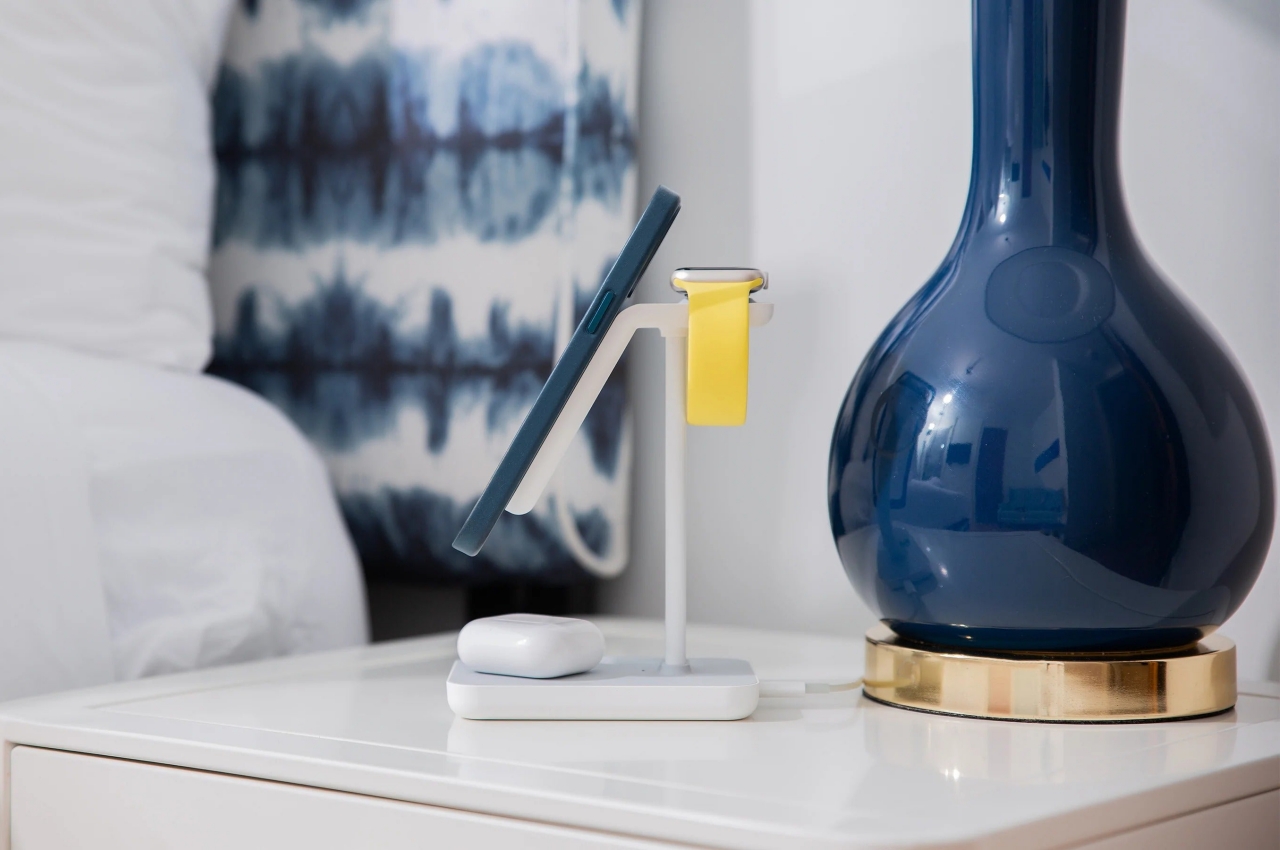 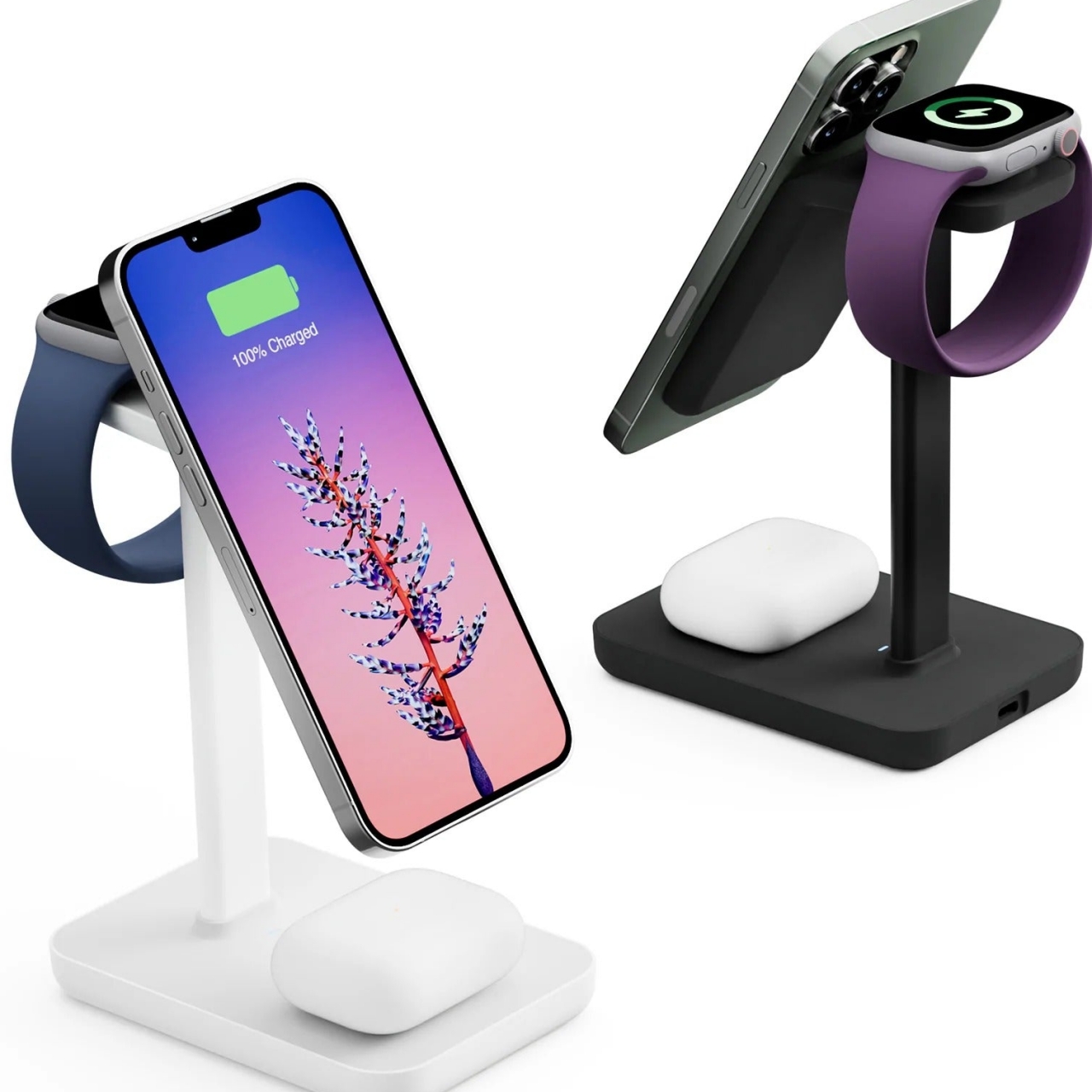 Its real talent, however, is how it manages to hold an iPhone 12 or later models hanging from a small height. Not only does this solve the problem of space, leaving enough room for AirPods or another phone underneath, it also lets owners easily see their iPhone screen, whether the stand is on a work desk or on a bedside table. Some might find that position a bit nerve-wracking as if waiting for the iPhone to fall down, but the strong magnets used in MagSafe ensure it won’t meet any accidents while you slumber. 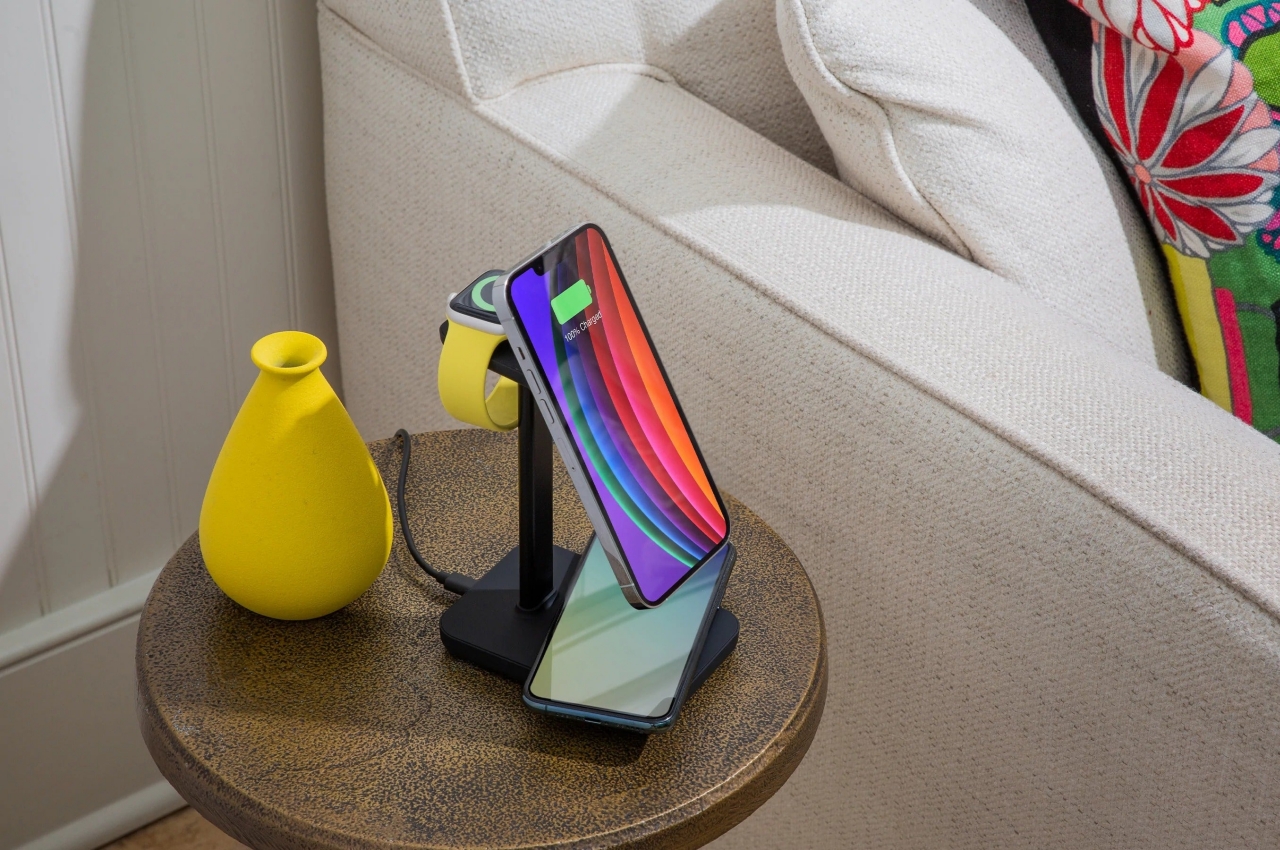 The Twelve South HiRise 3 might not be the perfect solution for everyone, especially those that prefer to use their Apple Watch in Nightstand mode. The package also doesn’t include a 20W USB-C charger that’s needed to juice up the three devices at the same time, employing the same line of thinking that has banished iPhone chargers from the box. Those, however, might just be little nitpicks that don’t completely detract from the HiRise 3’s multi-functional yet minimalist appeal, especially when you consider that there are very few that have a very small footprint like this. 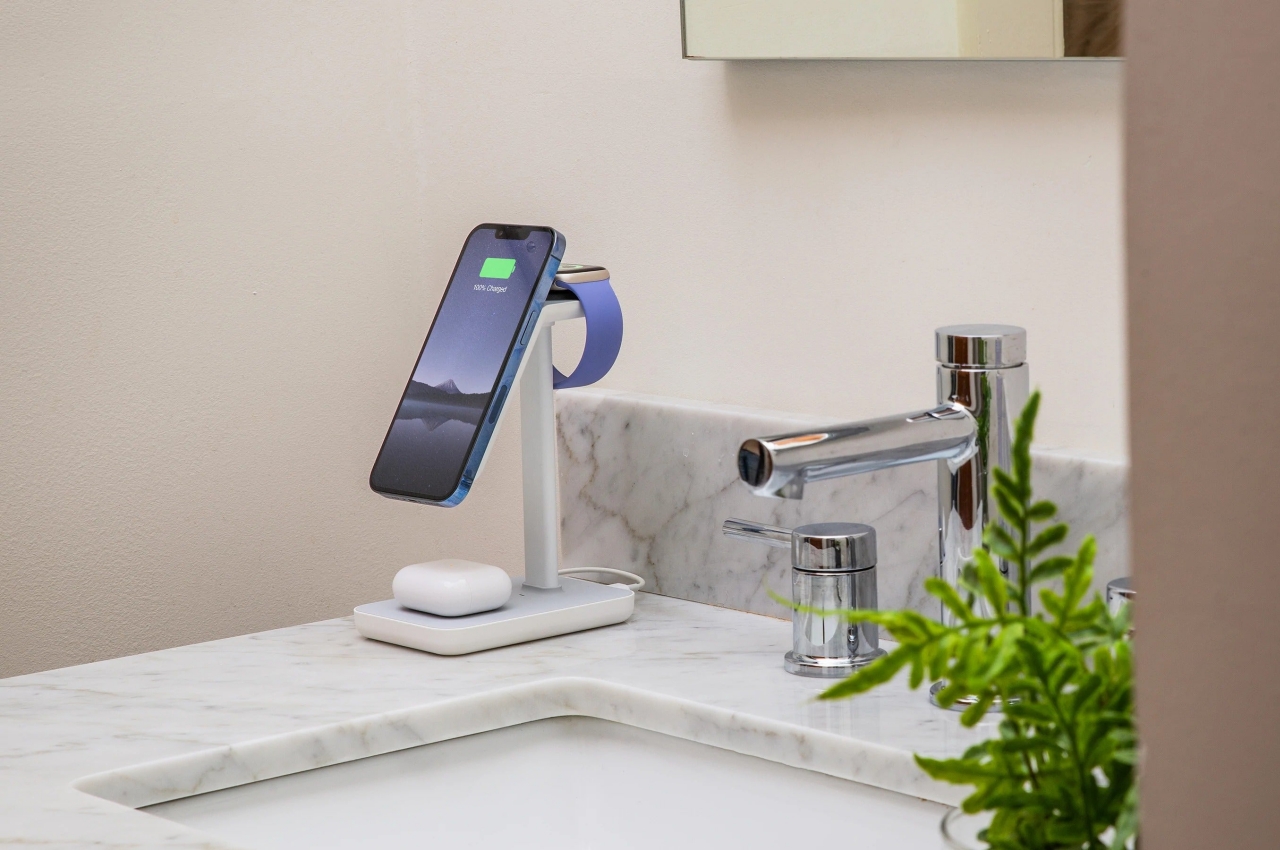 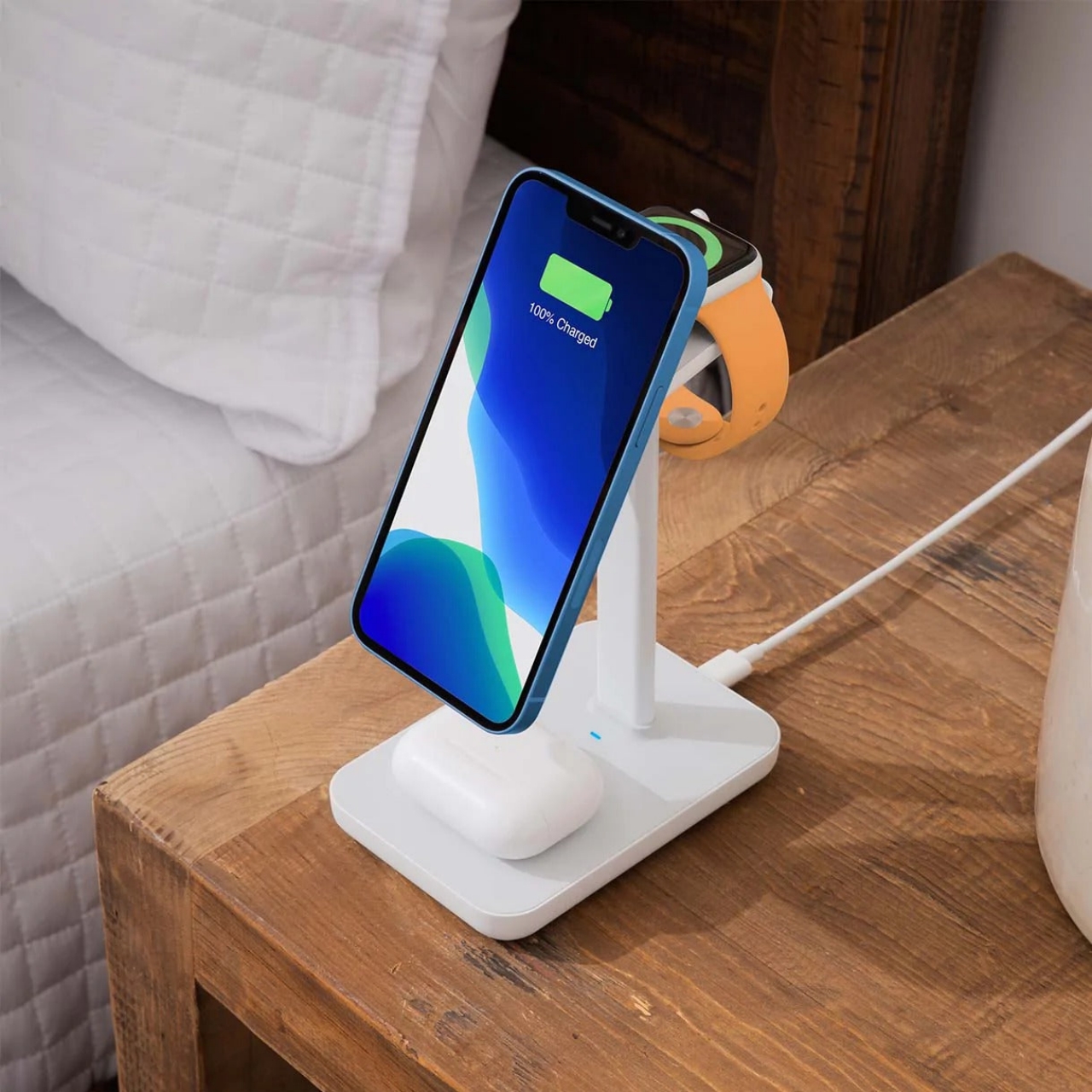 These gaming controller’s buttons transform your smartphone using suction to stick buttons to your screen!

Controllers aren’t called controllers for nothin’– they not only control the game, but they provide the tool necessary to even play the game in the…

This innovative curvy stand for the MacBook cantilevers it beautifully, like the new iPad Pro

If you own a laptop and an external display, here’s a fun observation game you can play. Keep both of them side by side and…