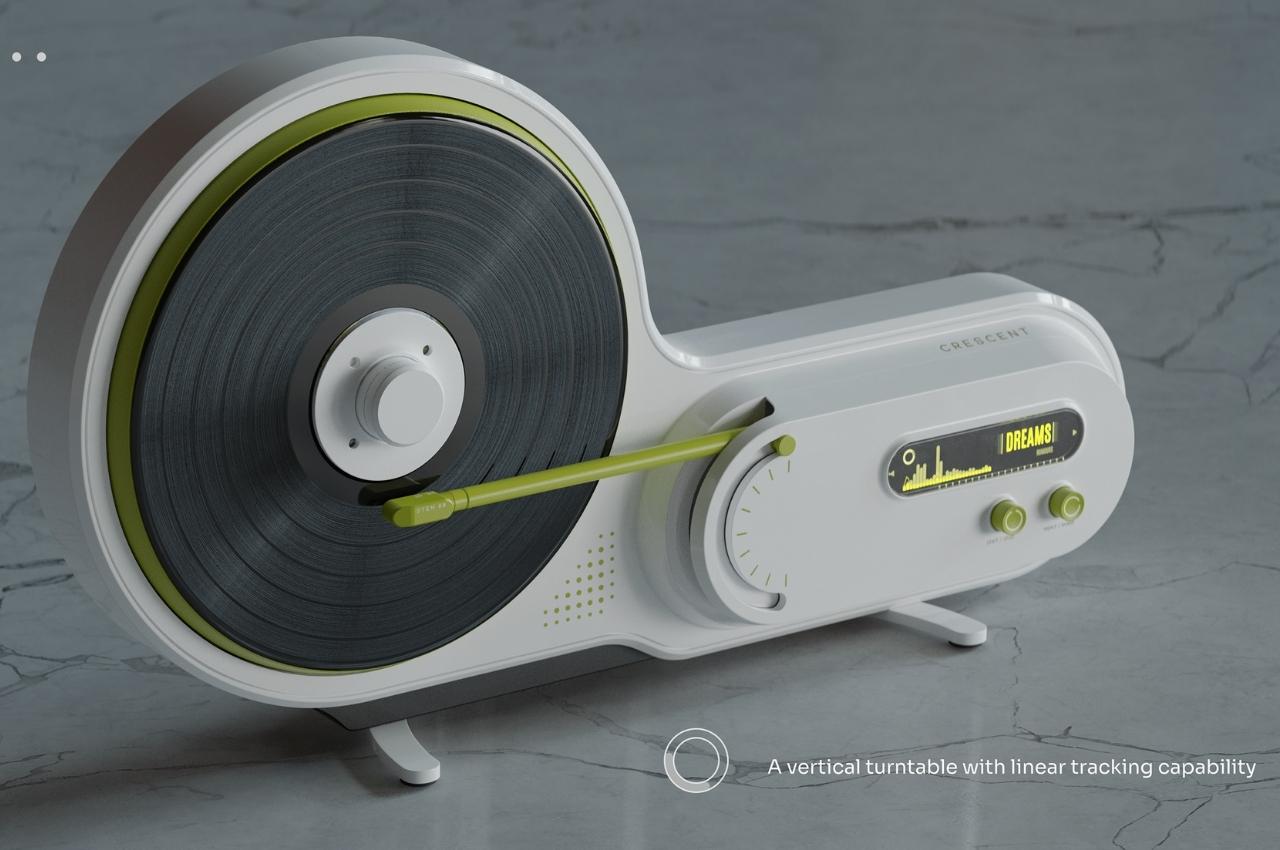 Vinyl record players have become more than just a piece of nostalgic device to play music. It probably started out as a way for people who were able to experience vinyl players during their heyday to reminisce and still listen to music in their analog format. But now even those who have never seen original record players, let alone CD players, are getting in on this analog trend for various reasons. But the record players that are in the market aren’t necessarily the best designed ones and may not appeal to the younger generation and may also not always be convenient. 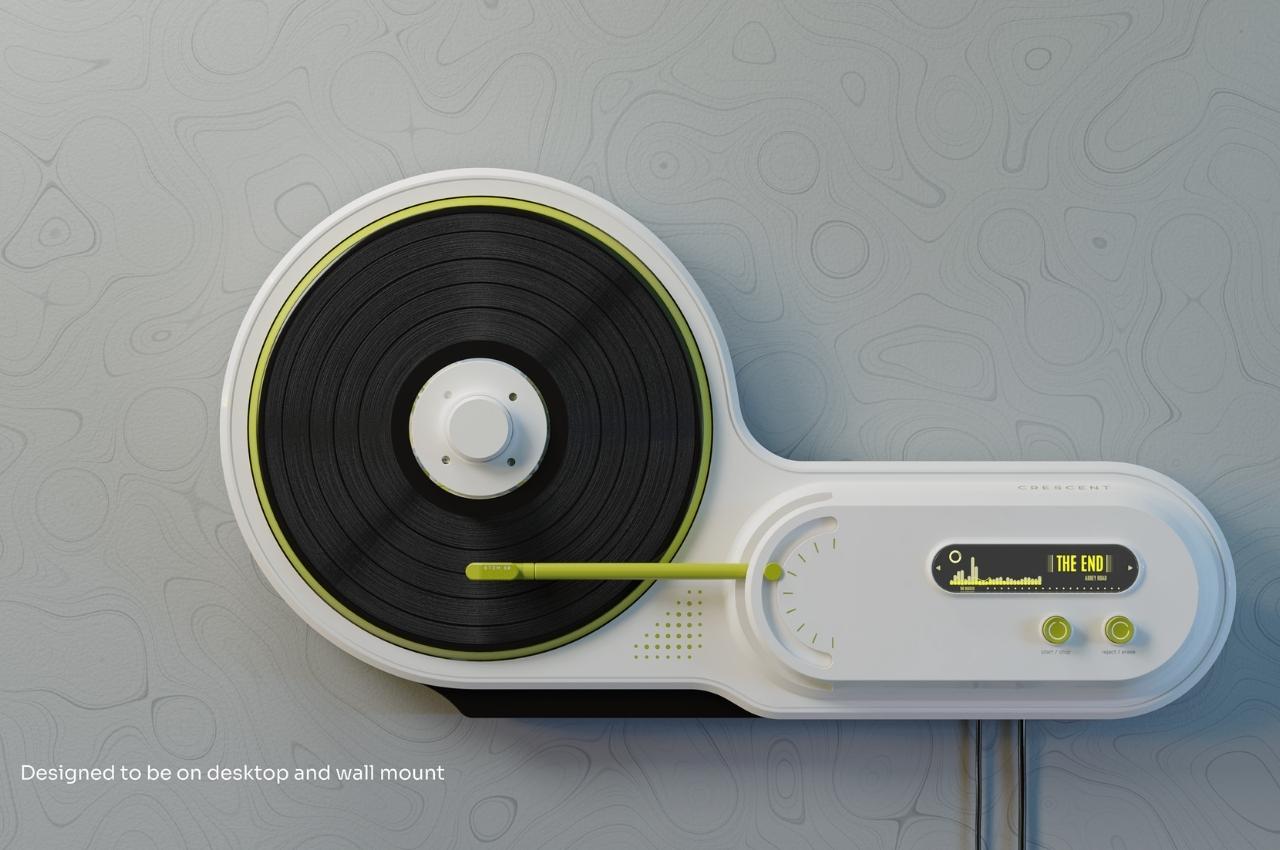 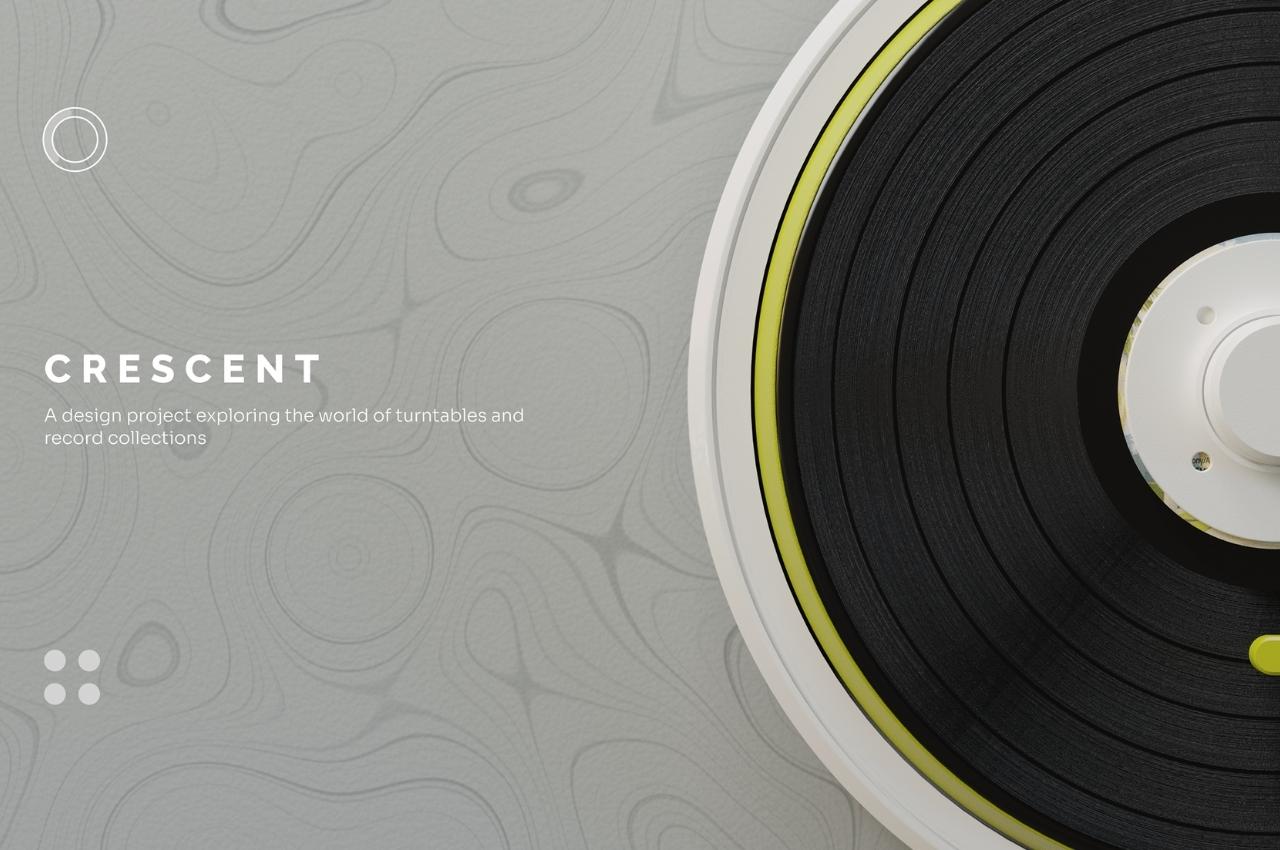 This Crescent turntable and record collection concept tries to address two main problems that young users have with current (and older) vinyl players: the design and taking care of your records. The designer wants to integrate modern technology without necessarily lessening the amazing analog aspects that people love about record players. What they came up with is a vertical turntable that can be placed on the table or mounted on the wall. It also has a linear tracking capability so you can find out which of the records you’re playing needs cleaning. 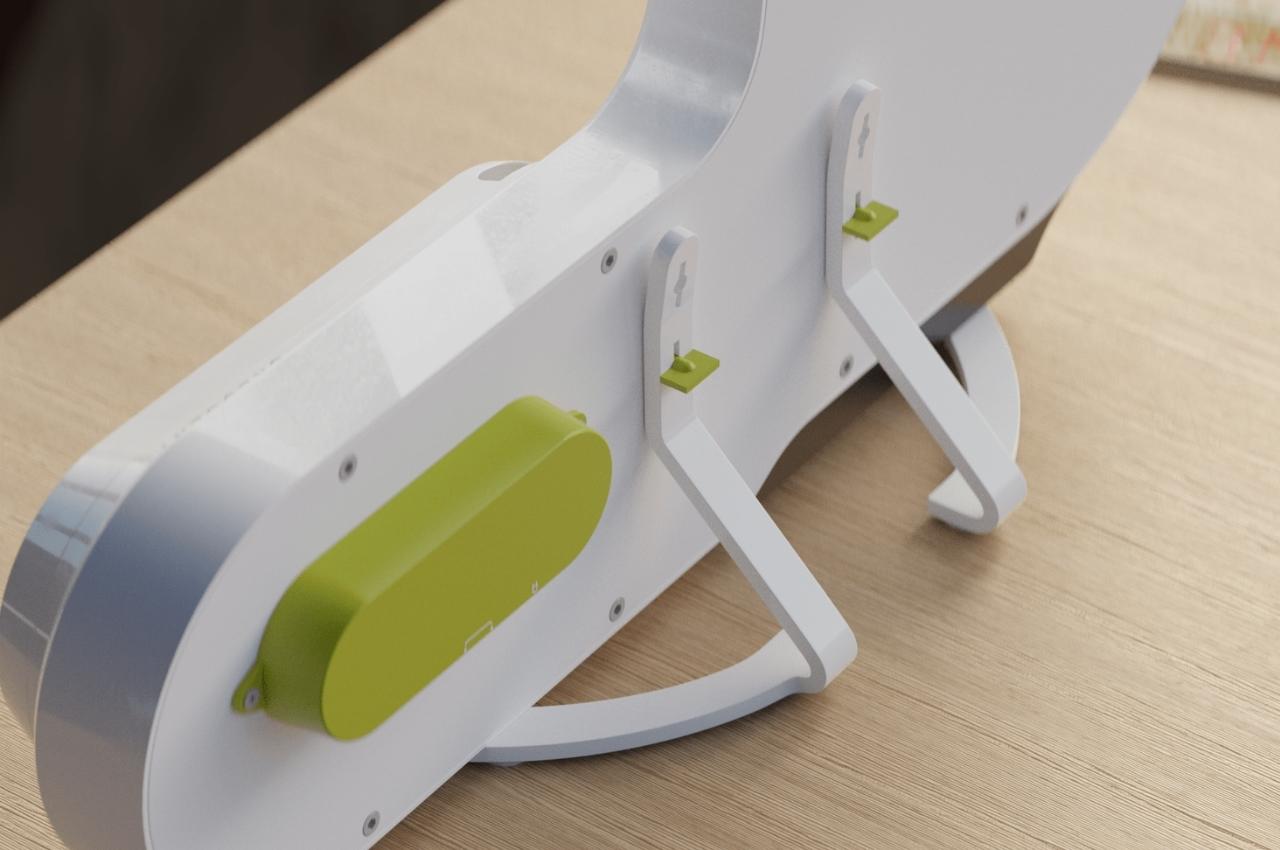 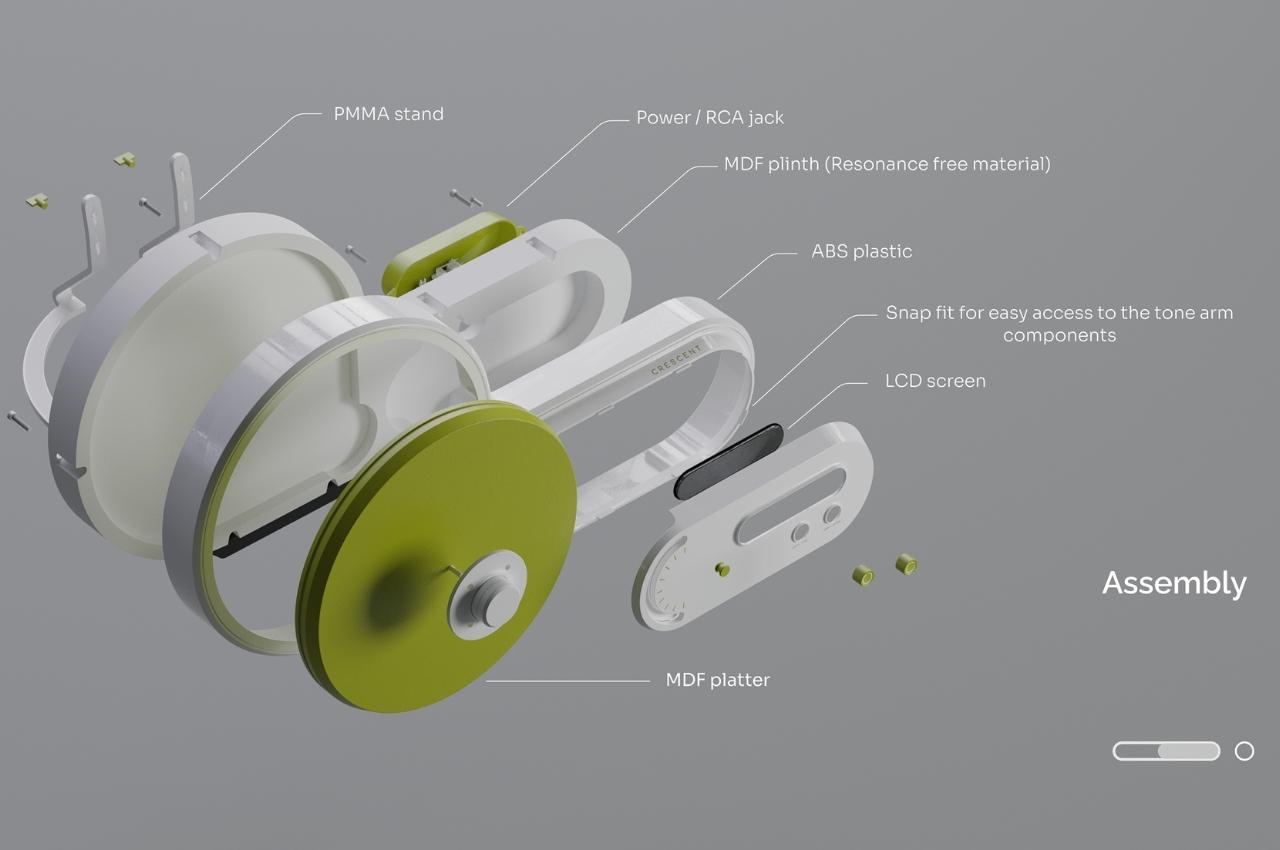 The Crescent record player also has a unique shape that stands out from the regular circular player in a square case that we see. It looks like a letter P lying down, with the record player itself still in its circular shape but with the controls located in the “tail” part. There are actually only two buttons that you need to touch: a start/stop button that will let you scroll through different settings and a reject / erase button that will let you toggle between the different options. 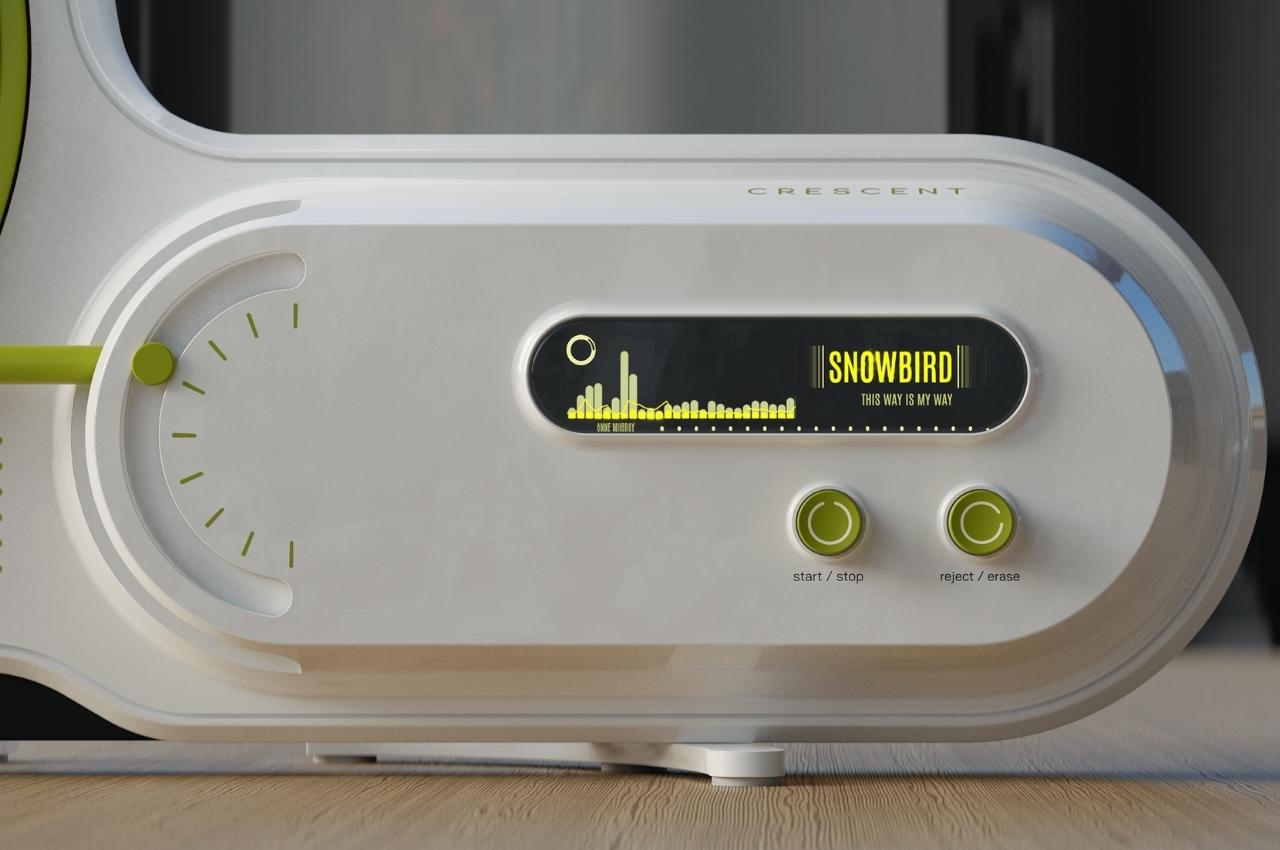 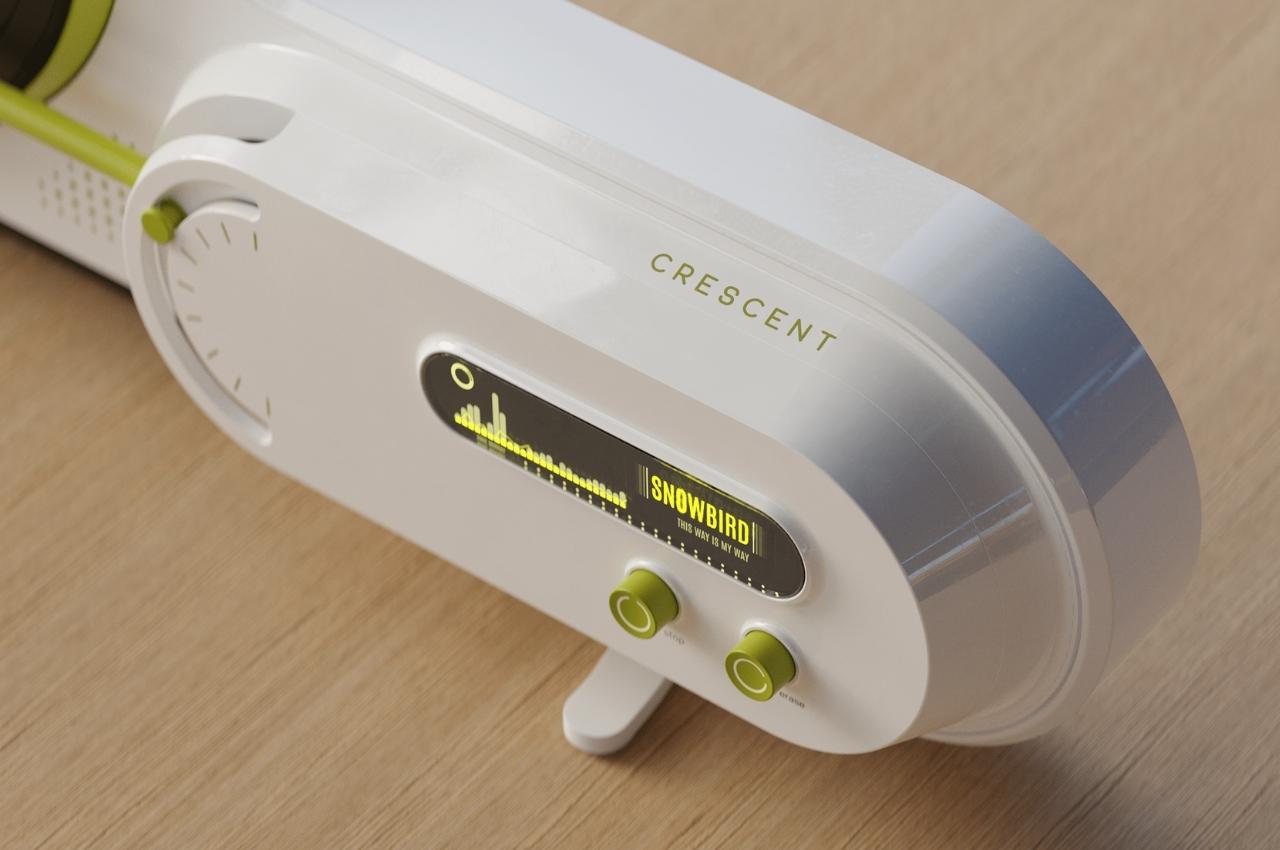 When you play a record that needs to be cleaned, the player will detect the noise and show you the distortions caused by the dirt on the display. It will then move this record that you’re playing to a list of albums that you need to clean. It’s important that records be cleaned as it will cause distortion to the sound and it may also damage the stylus on your record player. So having a player that detects dirt and gives you a list is a plus, especially if you have a growing number of records to collect. 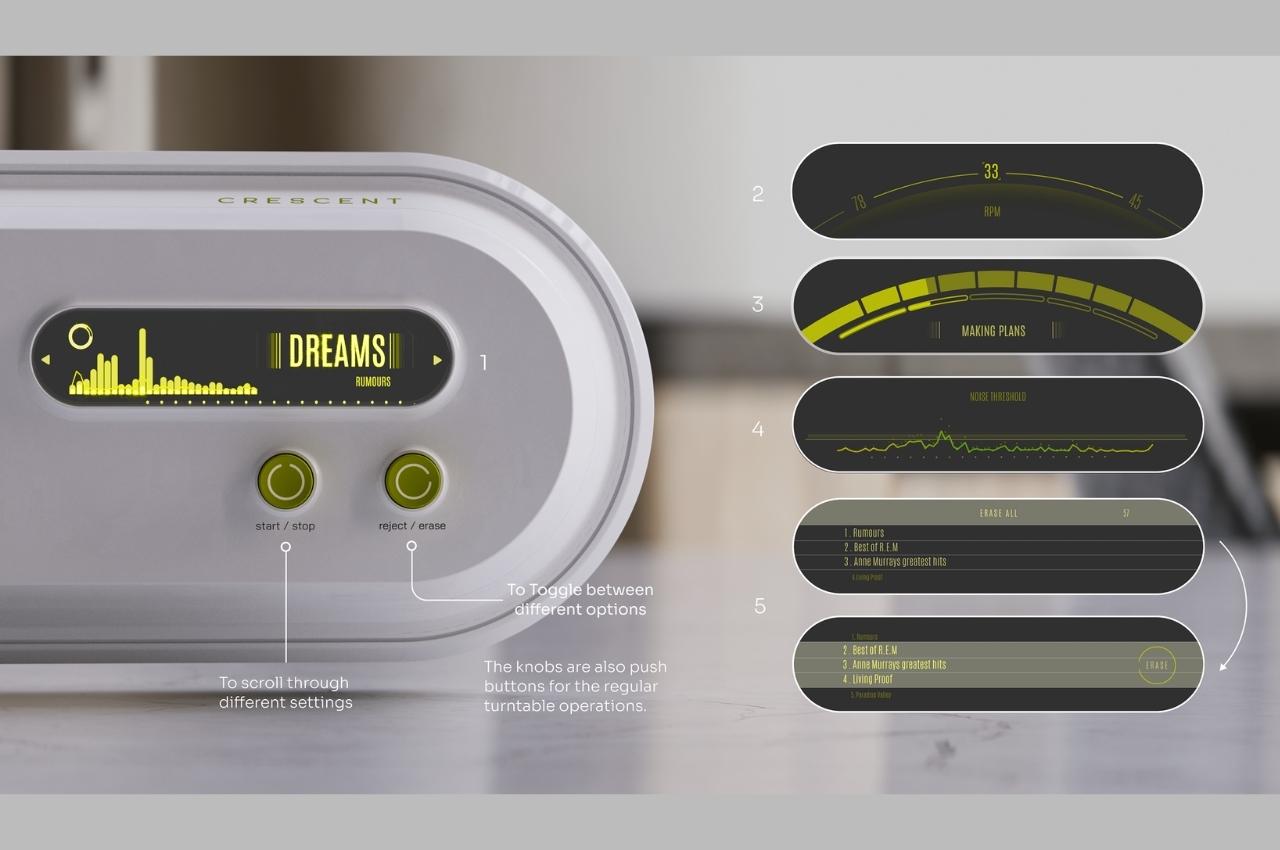 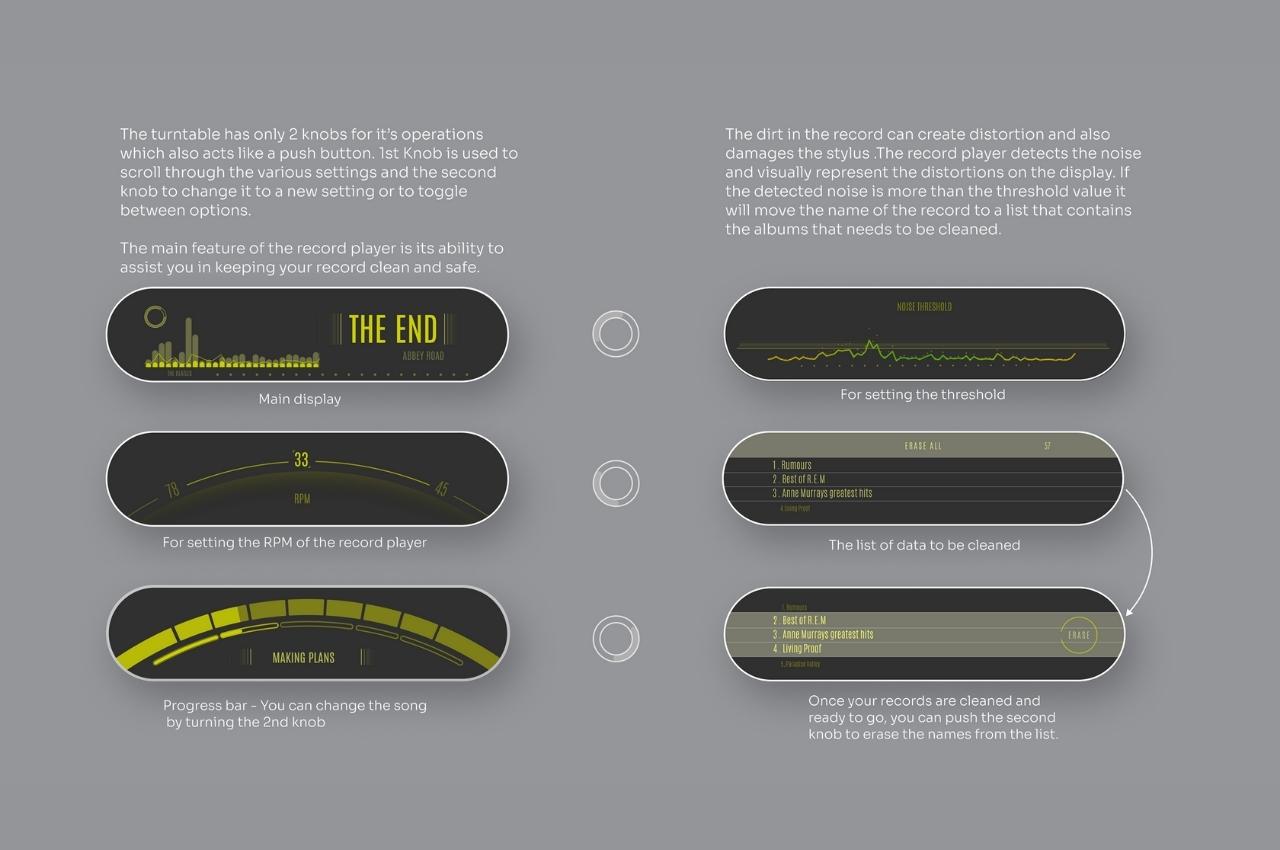 I’ve been dreaming of getting a vinyl record player soon but the ones currently on the market are either too expensive or not that great looking. If this becomes real and if the analog sound quality is not affected by the modern design and technology, it will become a dream purchase so I finally have an excuse to get that BTS Butter record I’ve been eyeing. 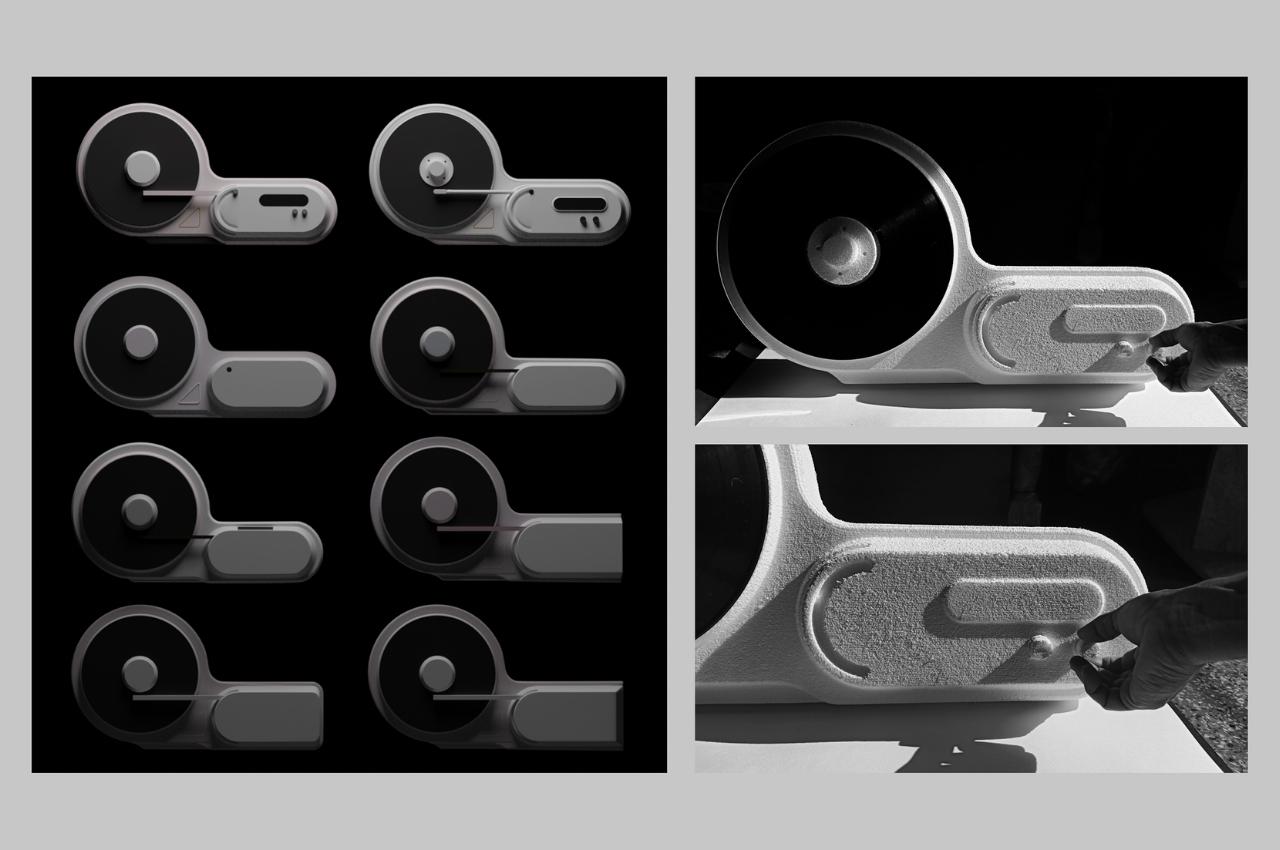 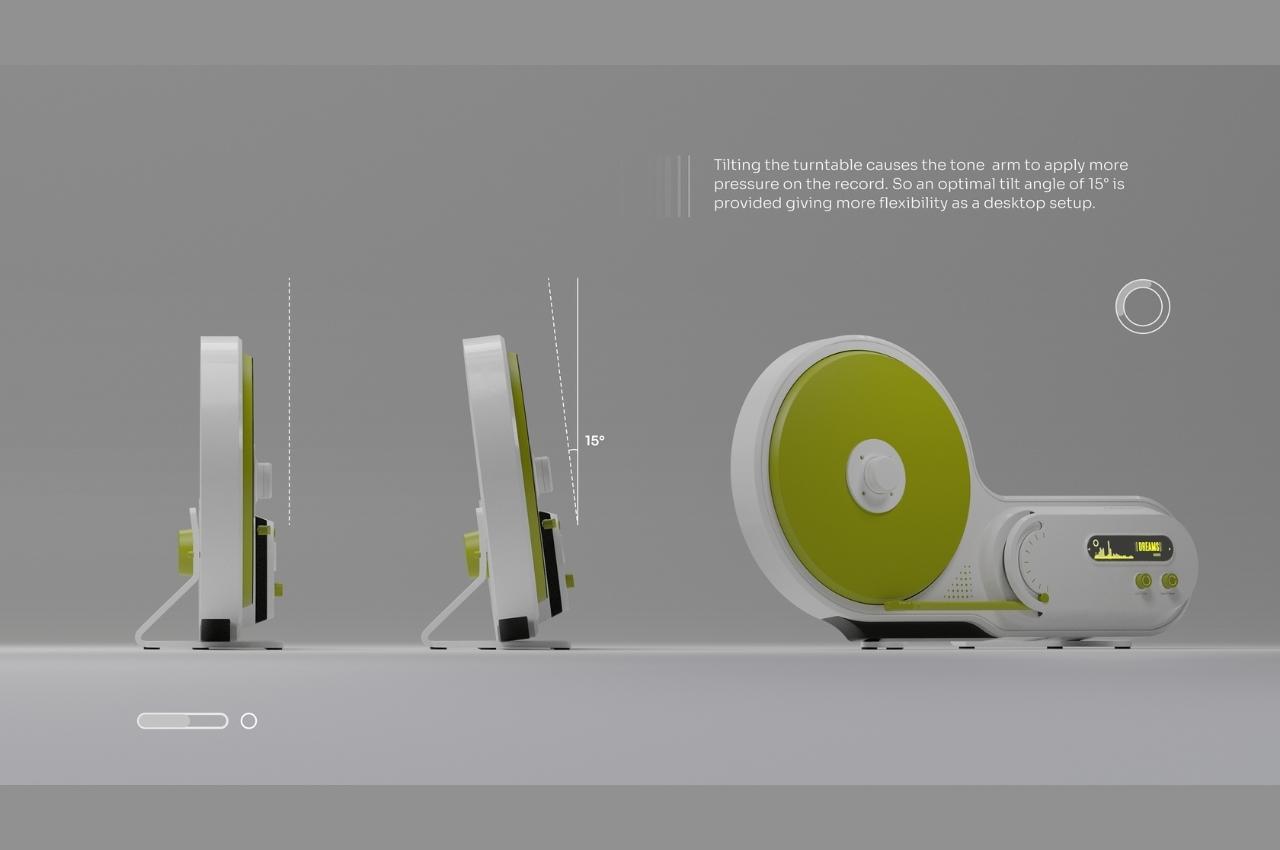 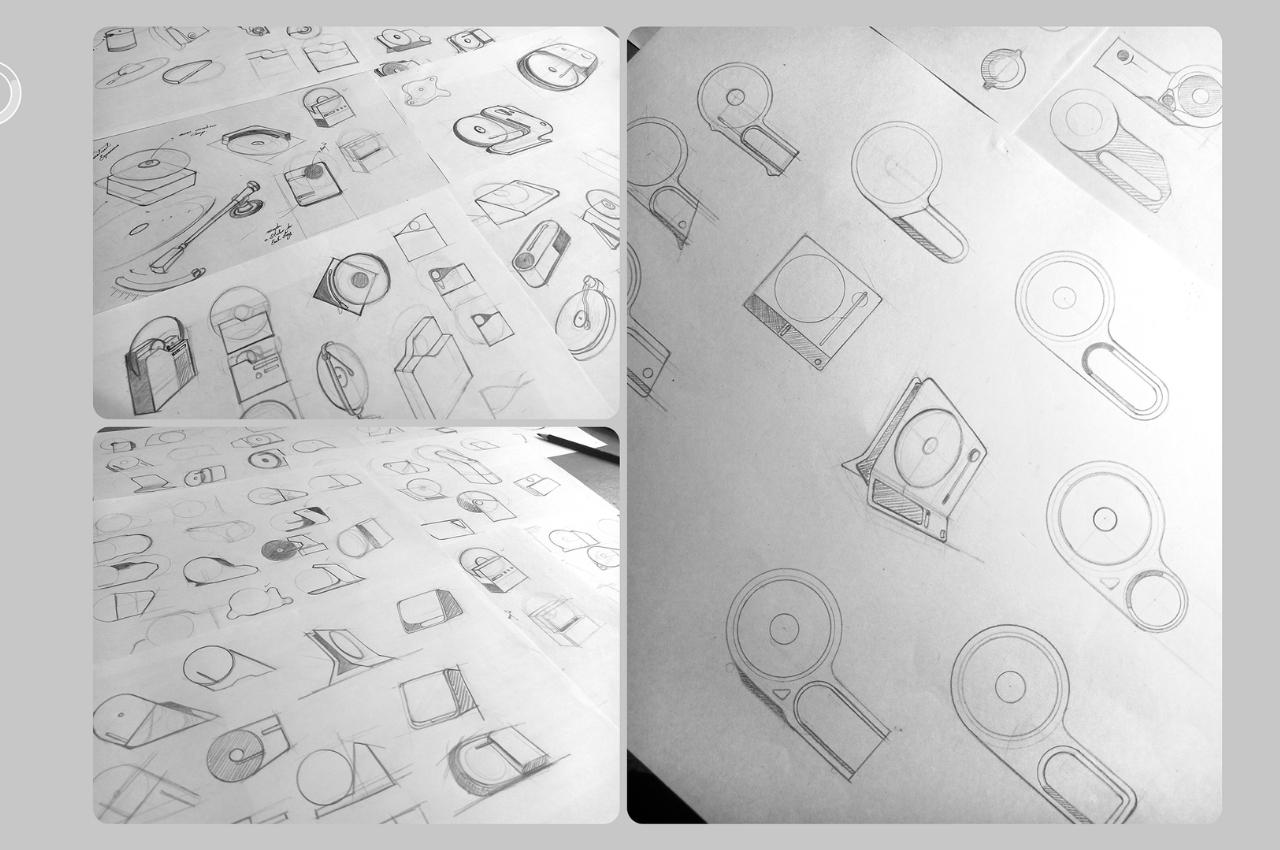 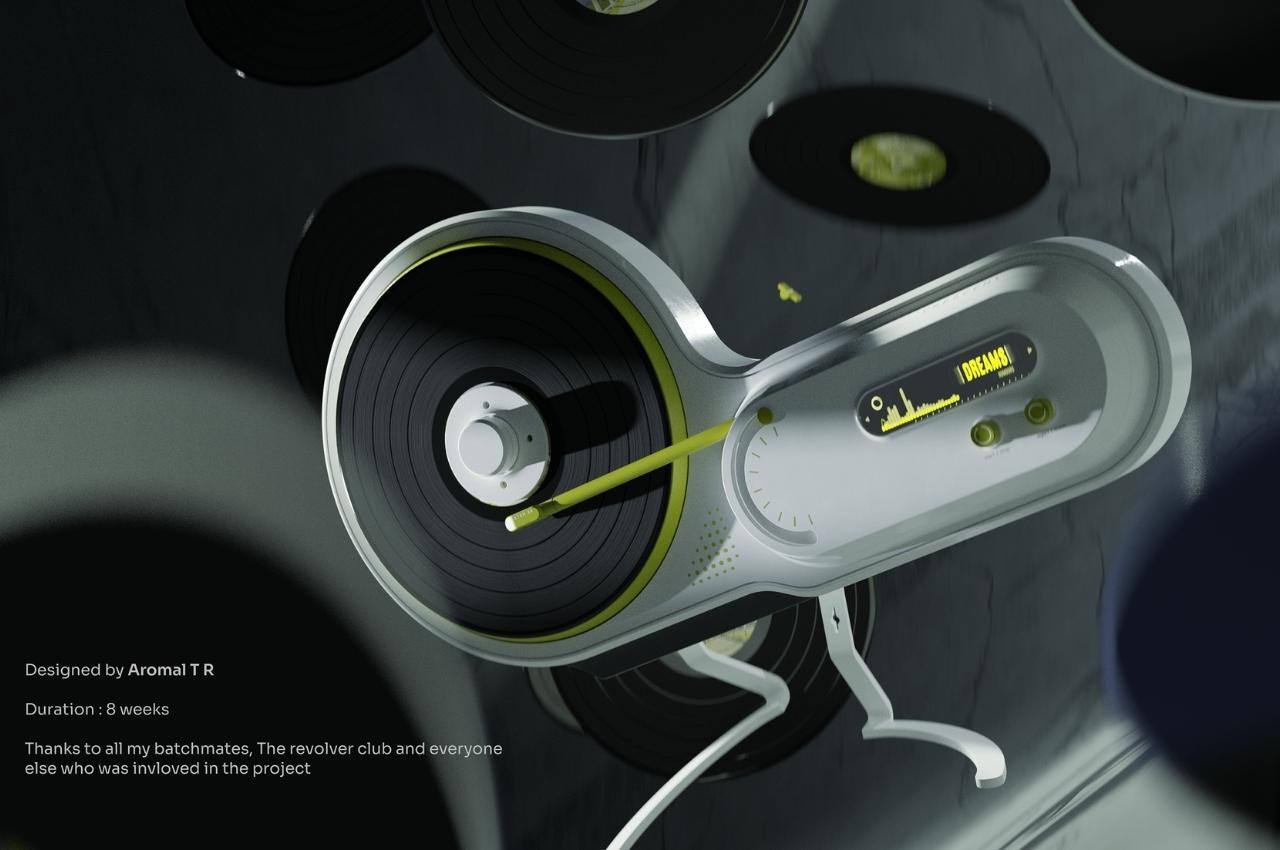 While music streaming services like Spotify, Apple Music, etc have made accessing our favorite songs and albums more convenient, it has fundamentally changed how we…

This ultimate picnic mat transforms into a lounger, a stool or a coffee table for convenience and comfort in the outdoors

The coronavirus pandemic pulled the plug on all possible outdoor activities. But now as we get accustomed to the new normal: picnics and camping activities…

This is the mish-mash of a Digital And Analogue Clock and aptly named the same. Typically digital clocks represent time in ciphers and analogue clocks…

To Shave All Areas

Yes if you, too, would love to evolve and cut off all that hair you’ve got on your body, you gorilla person, then you’ll be…