Challenged your assumptions of how gaming handhelds should be with this innovative spin on a tangible video game system.

Smartphones, the Nintendo Switch, and now the Steam Deck have all given gaming a new face. No longer confined to desks or couches, gaming has taken on a more tactile and more portable character. That said, even touch-centric mobile games still use traditional controls, like D-pads on the left and actions buttons on the right. Video games, however, don’t necessarily have to be limited to a single screen or a single surface for that matter. Take, for example, this ingenious creation that takes a decades-old toy and gives it a modern spin that will really make you wonder why no one has thought of it before. 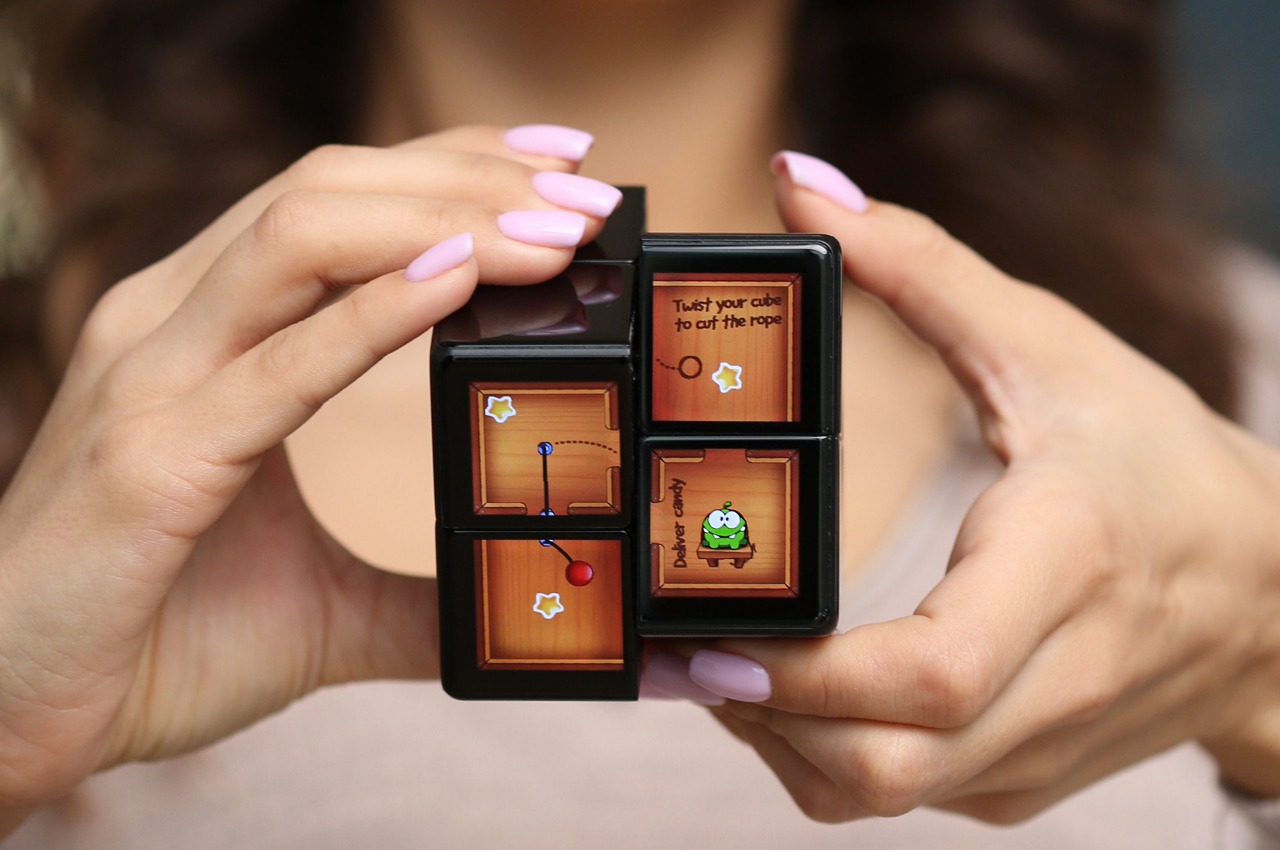 You’ve probably seen plenty of Rubik’s Cubes and their variants, and you’ve probably seen plenty of gigantic displays made up of dozens of small screens acting as a single entity. What you probably have never seen before is a Rubik’s Cube with small screens on all sides that can either act independently or together, each small display showing different things or a single 2×2 image. And each surface of a cube is a touch screen as well, letting you tap and swipe to play a game or control an app. The more interesting part is that you can also shake the cube or twist and turn its movable parts, opening new possibilities in the kinds of games that can be made and played on this gaming device. 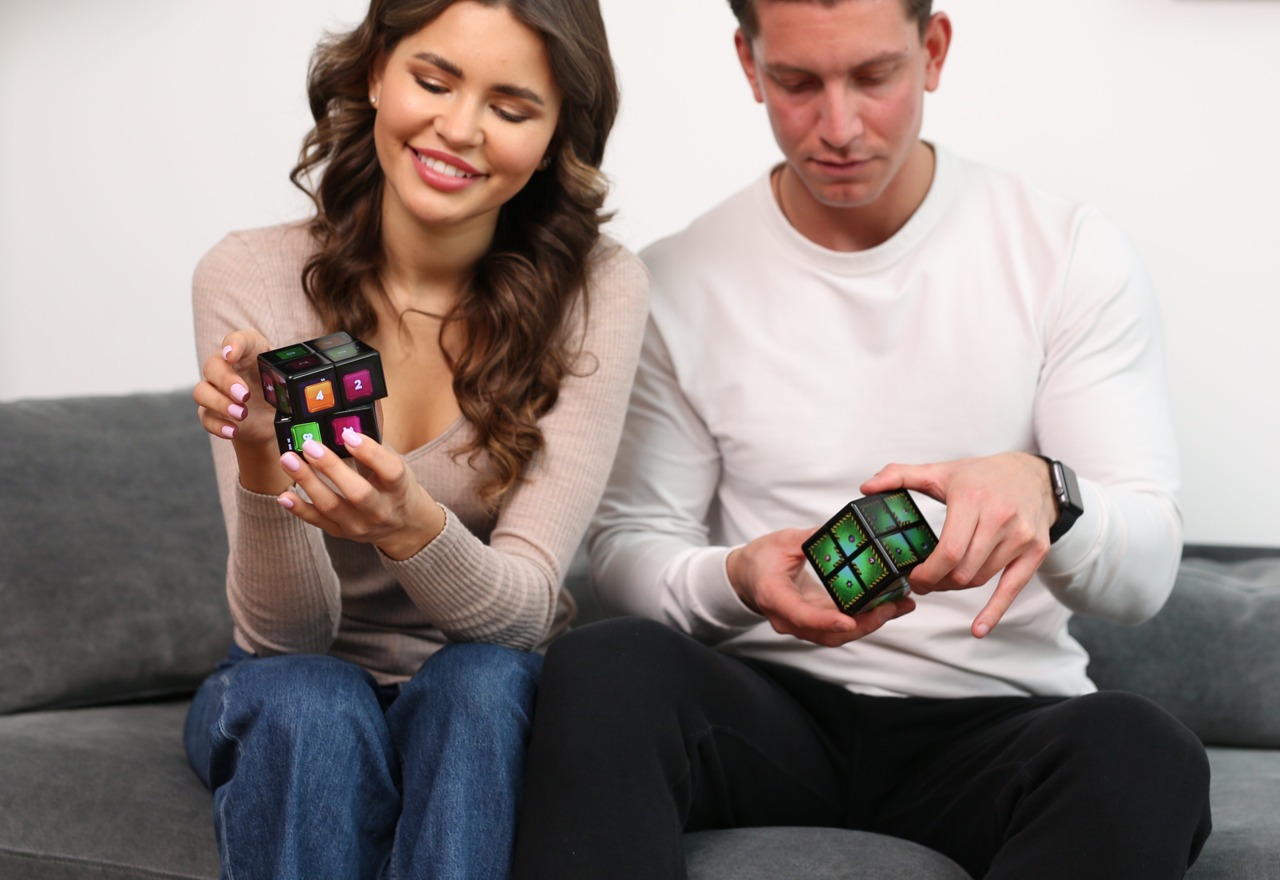 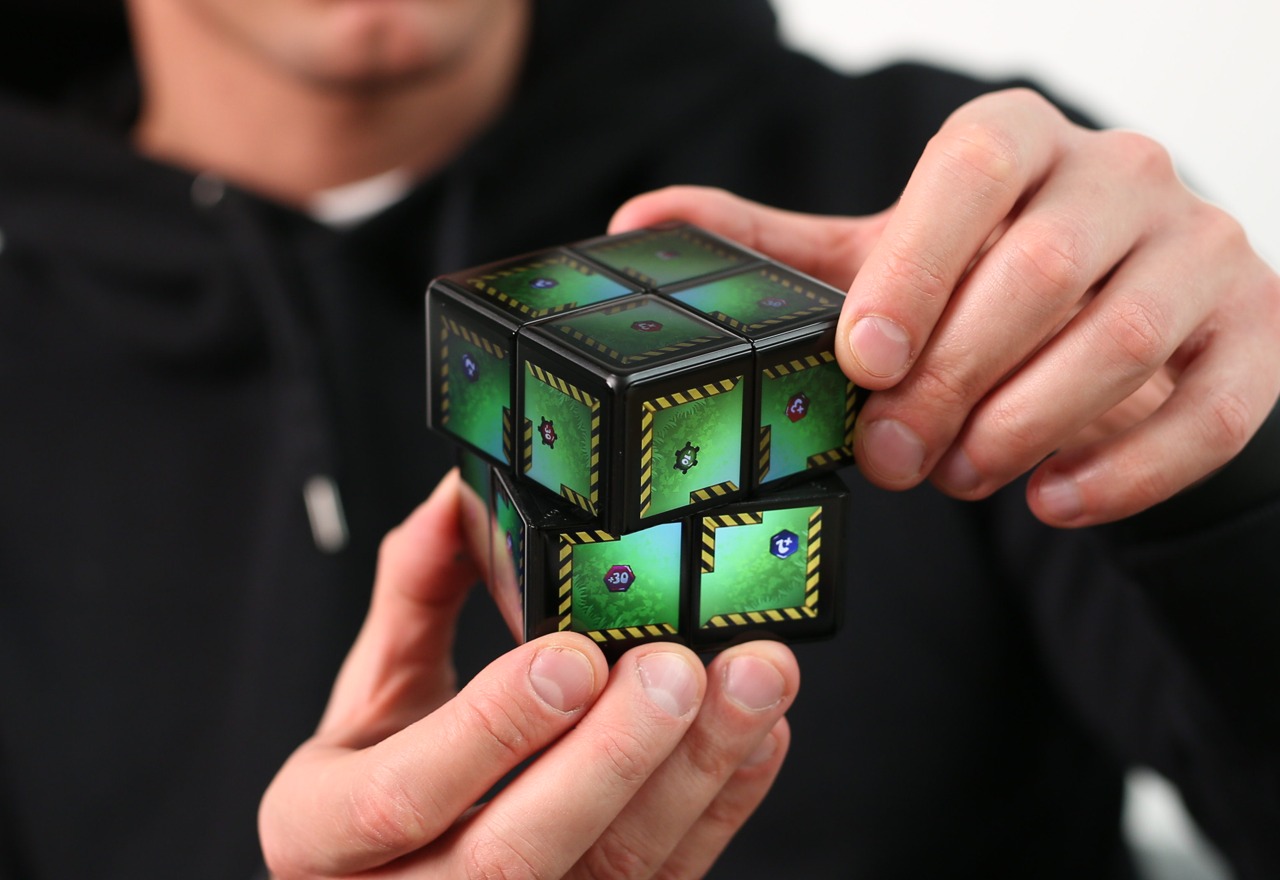 Immersive Gaming Experience – Interact with the digital world like it is a real object. Control games by twisting, shaking, and tilting the console.

There are plenty of details that will really make you go “WOW!” both on a technical level as well as in terms of possibilities. For example, each of the eight small cubes that make up the WOWCube System is actually an independent computer with its own CPU. Those modules are still able to communicate quickly and change their configuration in an instant, thanks to special magnetic connectors. After all, you can’t expect a Rubik’s Cube to be able to twist and turn like a Rubik’s Cube if there are wires inside to connect each part. 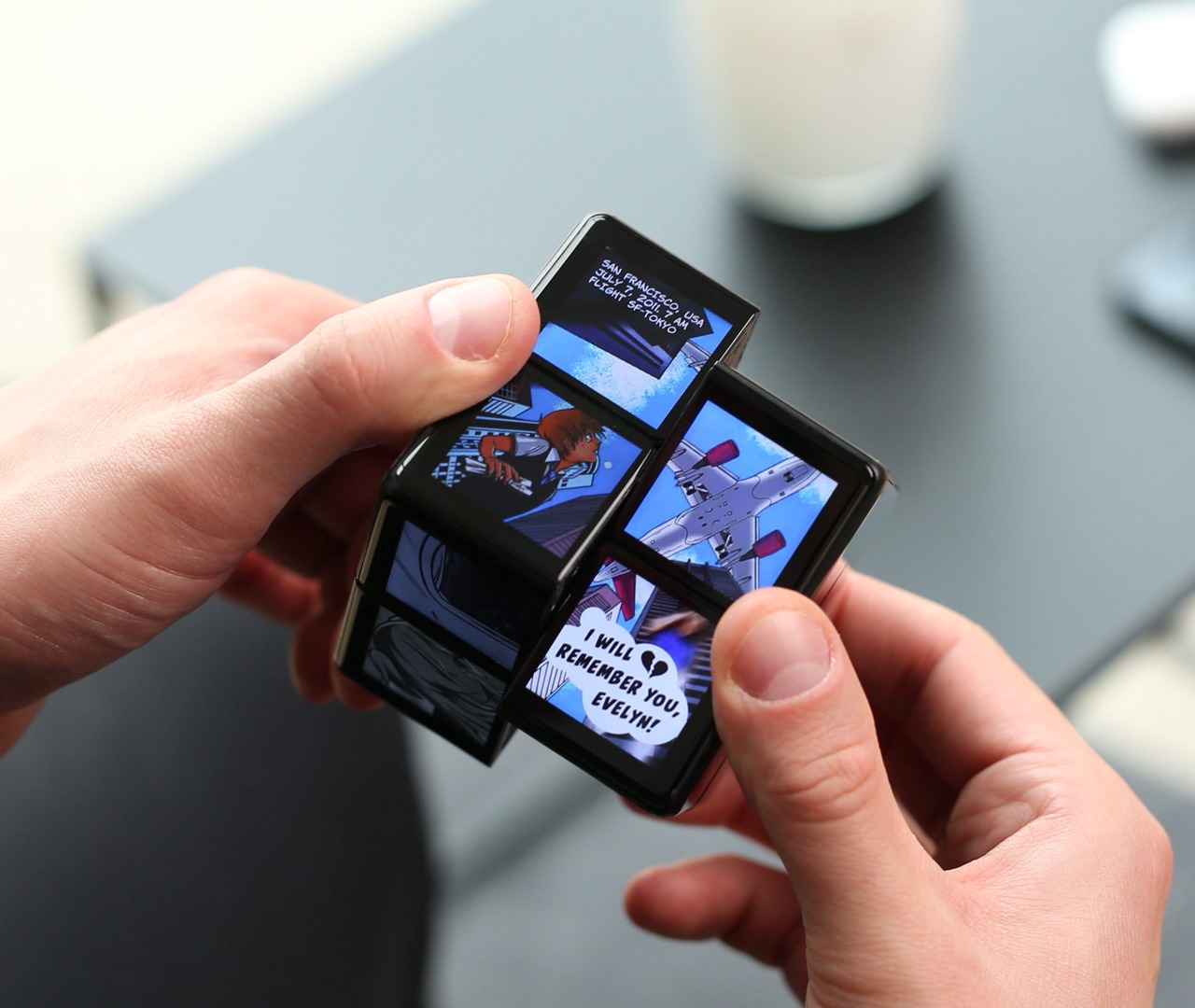 Unique Technology – WOWCube® allows video games to be played on all 24 screens, covering 6 sides of the device, that run simultaneously.

The WOWCube Entertainment System is primarily a new kind of gaming system, and it already bundles a variety of popular games like Butterfly, Hyper Space, 2048, and the addictive Cut the Rope. Unlike their “normal” incarnations on other gaming devices like smartphones, you can play these games with more tactile and more physical controls, like twisting the halves of the cube or even shaking it. It makes games not only more interesting but also more interactive and more immersive on a physical level. 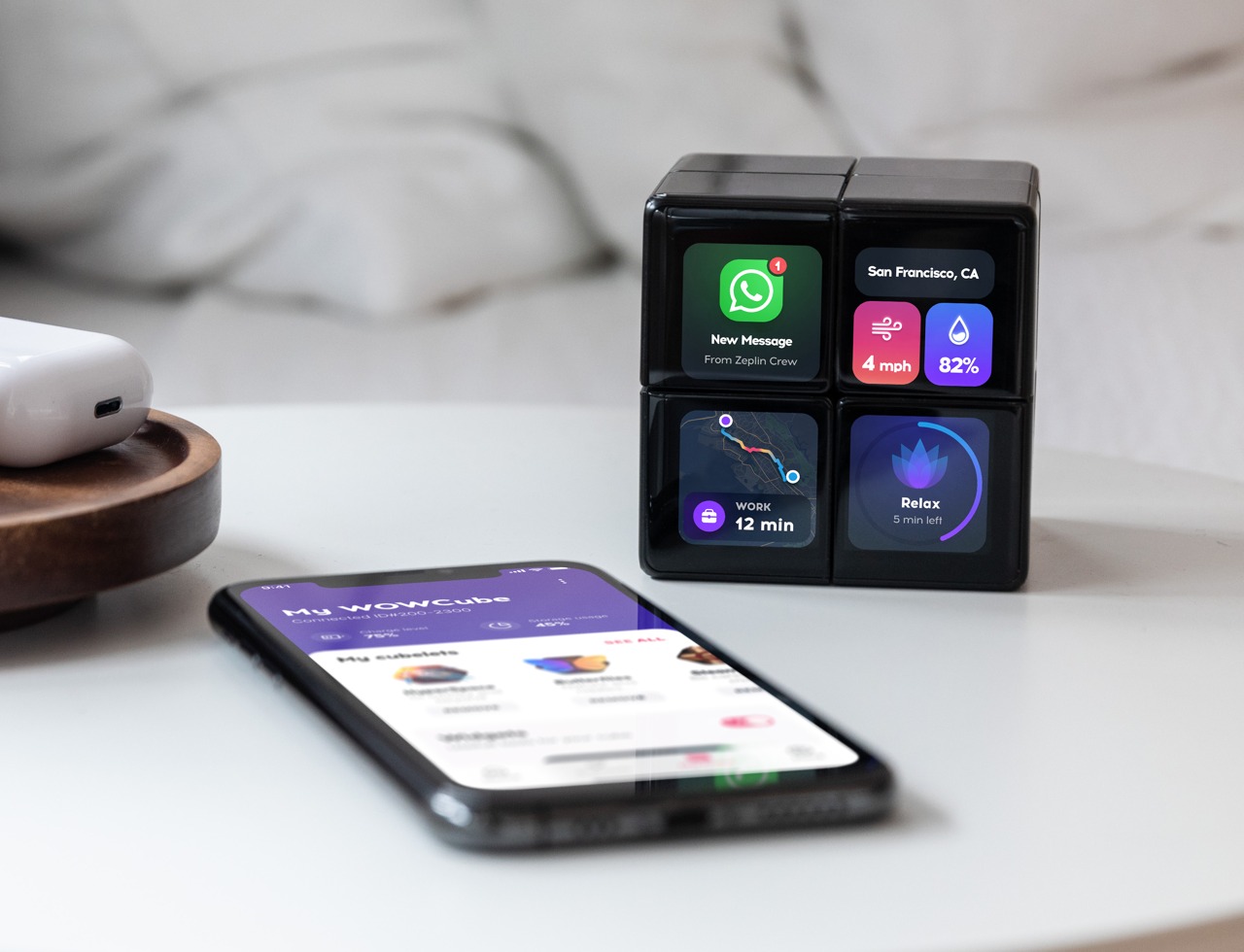 Widgets – Broadcast any information you’d like, including currency exchange rates, photos, the weather forecast, or notifications from your apps. 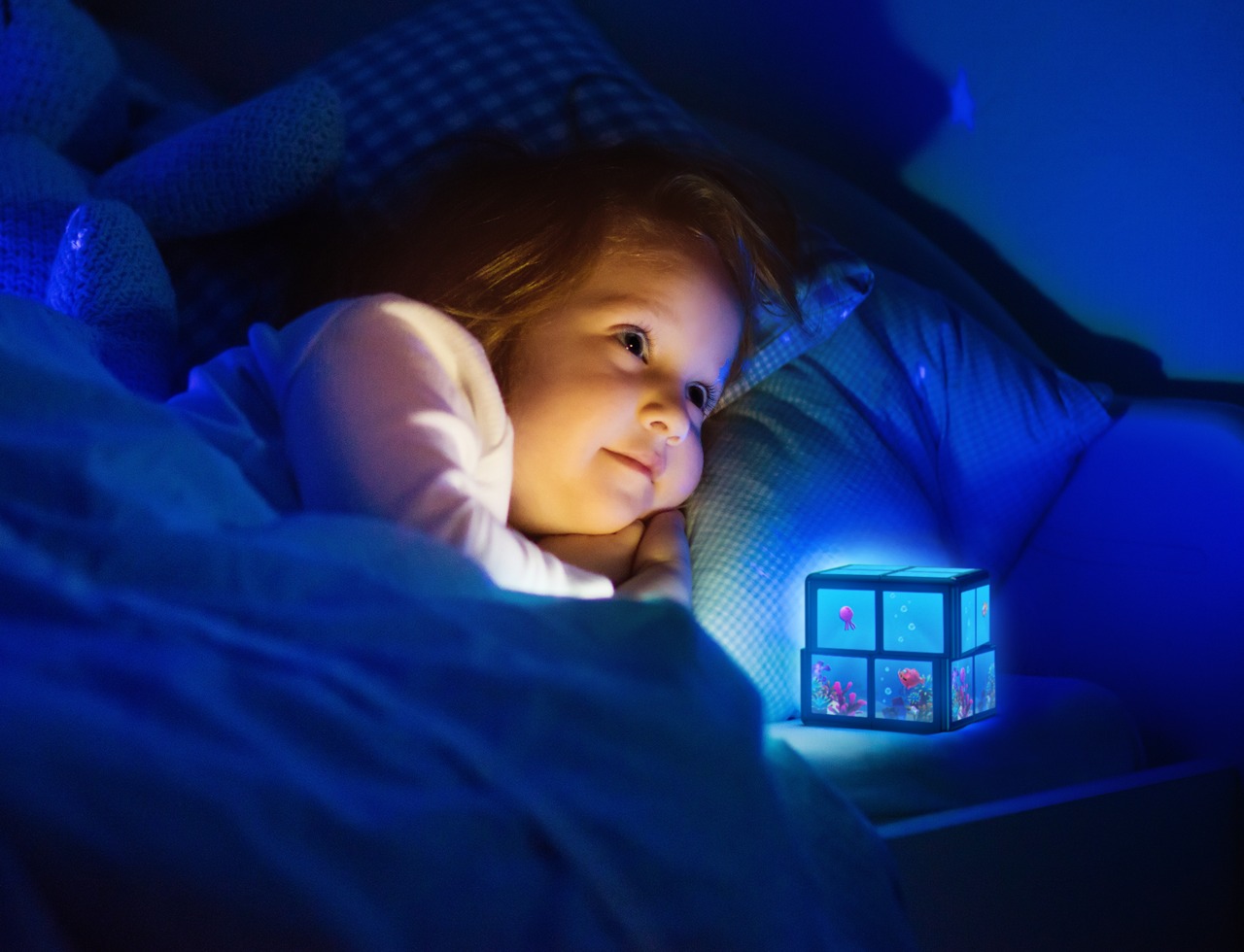 Aquarium – Put fish or other pets in the aquarium, feed them by tapping the top, and watch them grow over time

The cube, however, isn’t just for gaming. Thanks to the availability of a Development Kit, the possibilities are nearly endless, allowing you to make your own games for this innovative console. You can even make other kinds of apps called “widgets” that can display different pieces of information on each screen, from stock prices to weather, thanks to its ability to connect to your smartphone. You can turn the cube into a desktop aquarium where you feed your virtual fish by simply tapping the top of the cube. Because it is a programmable computer at its very heart, the WOWCube System can become almost anything, including a multi-functional controller for computers or IoT devices. 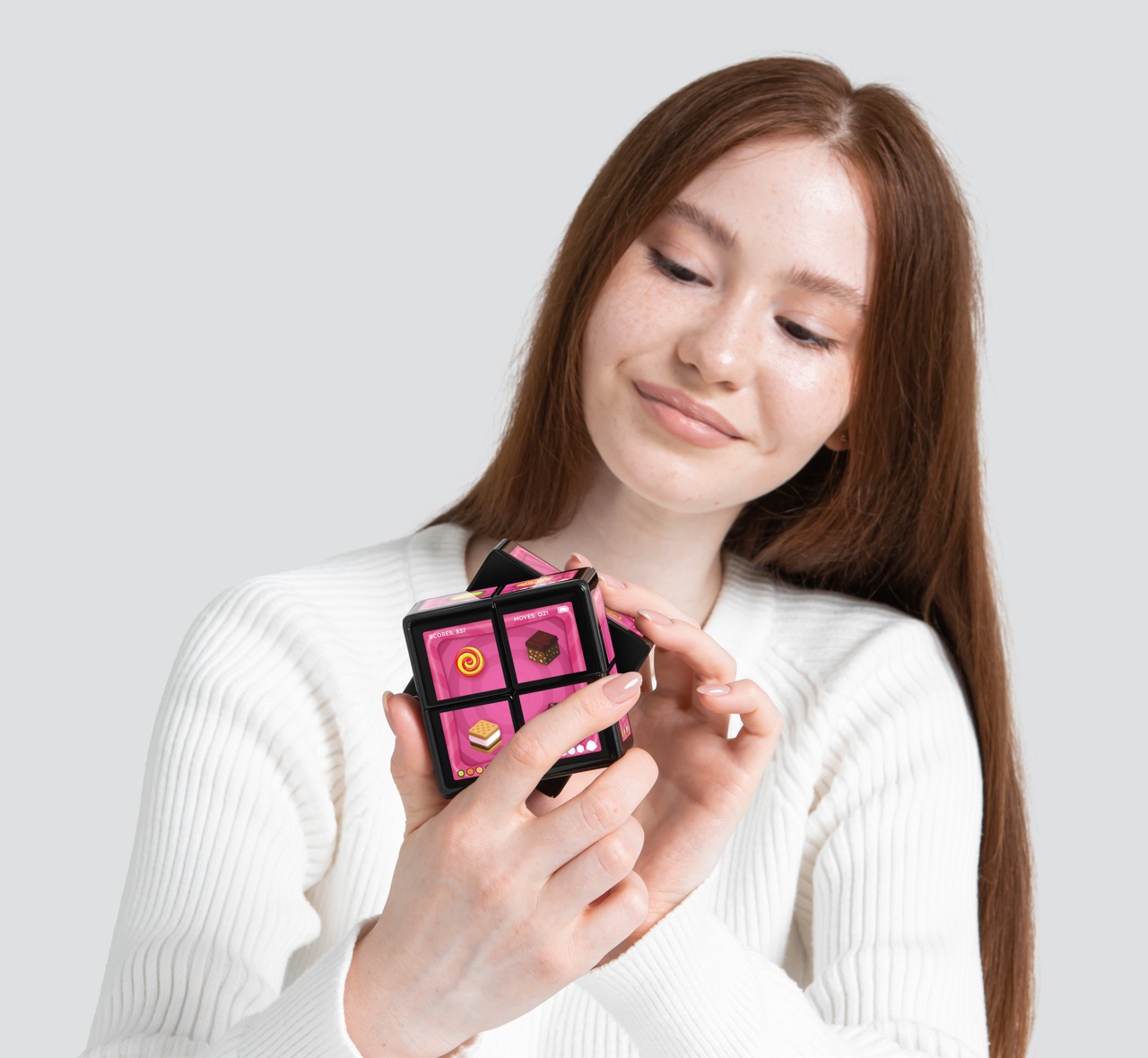 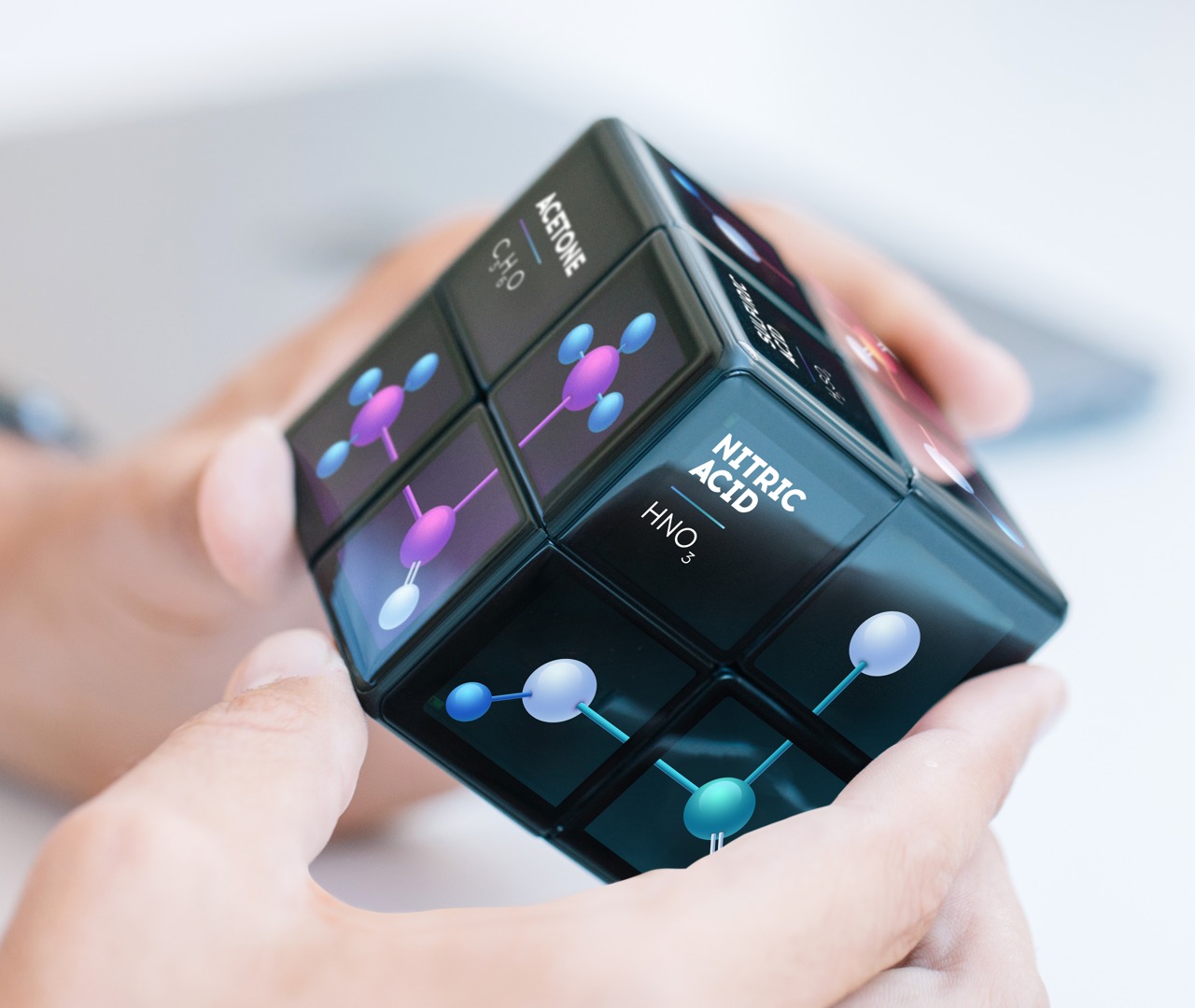 Gaming is supposed to cultivate creativity and problem-solving skills, but the very gaming systems we have today seem to be lacking those qualities themselves. Who would have expected that an old toy would lead to one of the most innovative entertainment systems to ever hit the market? That’s exactly what the WOWCube Entertainment System brings to the table, but it’s probably going to do more than just sit on that table unless you’re feeding your digital fish.

When Disaster Strikes At High Seas

At first I thought I would write a comedy of errors and make a fun post out of this, but regretfully it’s not funny getting…

Ditch Hogwarts for this Broom!

Never underestimate the power of a toilet brush, and a toilet plunger. Life would be incredibly messy without them… And given their menial tasks, I…

My recent trip to Japan re-energized my creative energies. The land of the rising sun epitomizes the dichotomy of the kind of design I favor;…