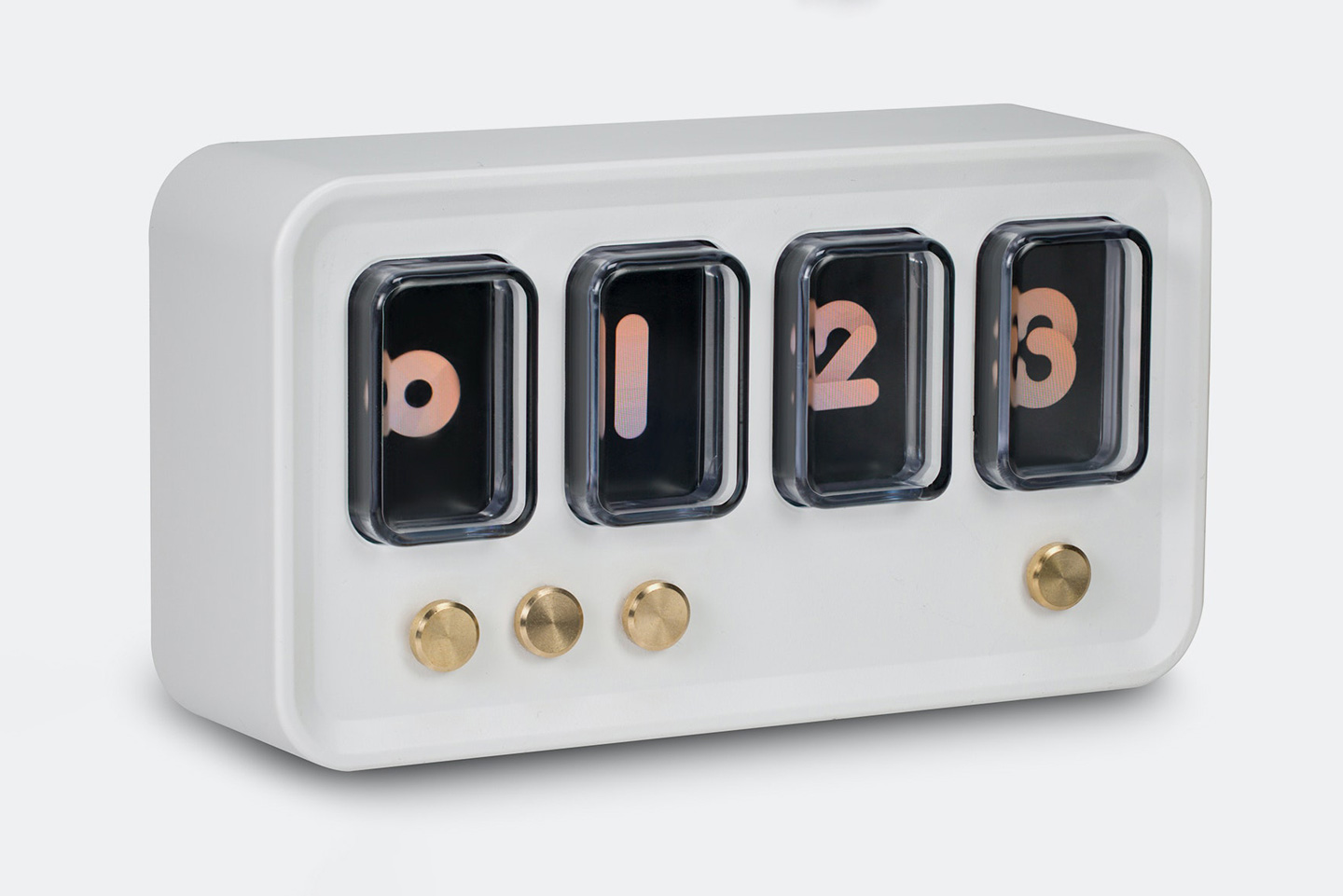 With different visual themes to choose from you can make the Eleks X4 Simulation Clock display the time in regular numbers, LEGO brick numbers, and even Nixie-tube-style glowing coil numbers!

The only thing missing on the Eleks X4 is support for Alexa (maybe that’s why the clock isn’t called Eleksa?)

Designed to look like a retro-modern clock with Nixie tube displays, the Eleks X4 Simulation Clock actually packs 4 LCD screens encased in glass chambers. The clock offers as many as 20 different themes to choose from and can be controlled by plugging it into a PC via the USB-C connection on the back. To set the time or configure an alarm, brass knobs built into the Eleks X4 Simulation Clock allow you to access basic and traditional controls. 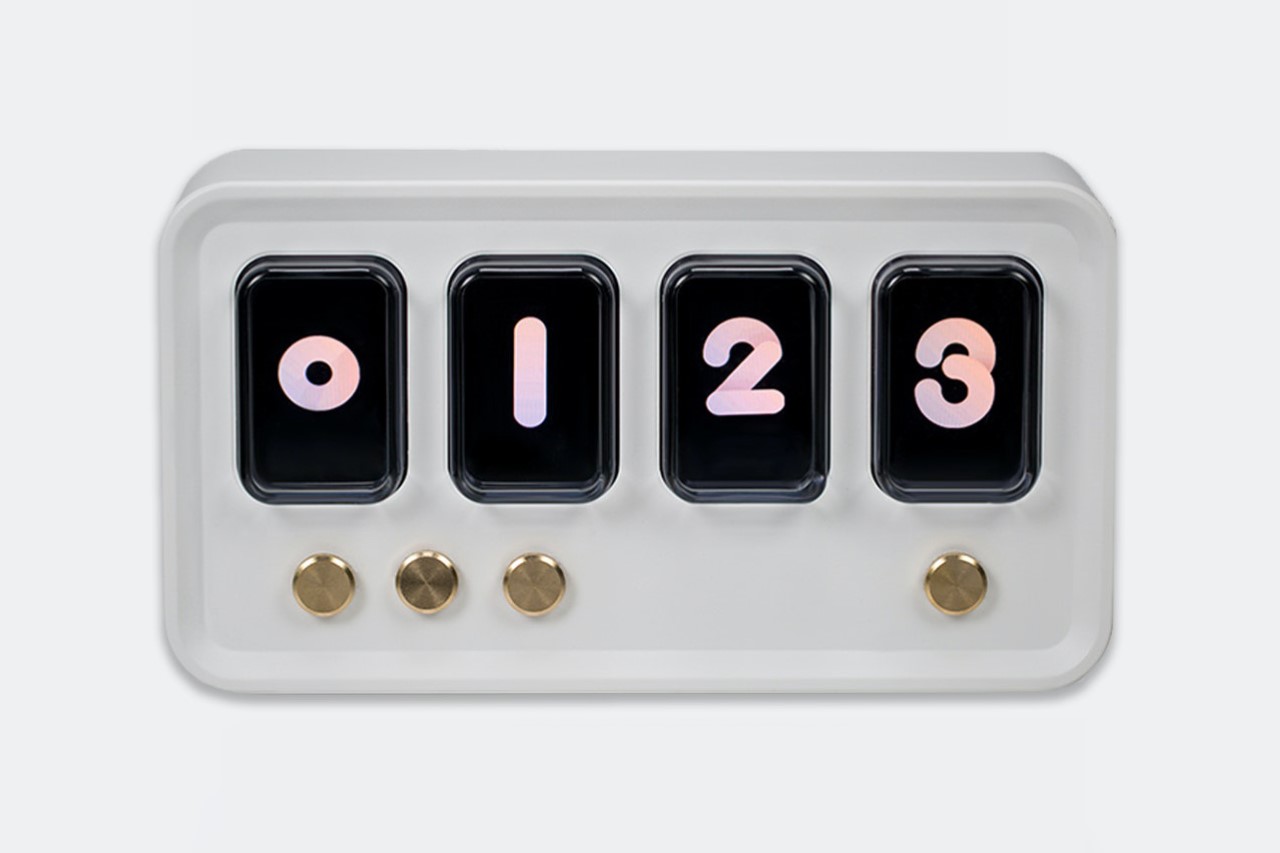 The Eleks X4 Simulation Clock sports a simple design, with a black and white body. While most Nixie tube devices were either made from metal or wood, or a steampunk combination of both, the Eleks X4’s style feels much more contemporary – sort of designed to blend well into your IKEA-heavy home, on your bedside table or workdesk. 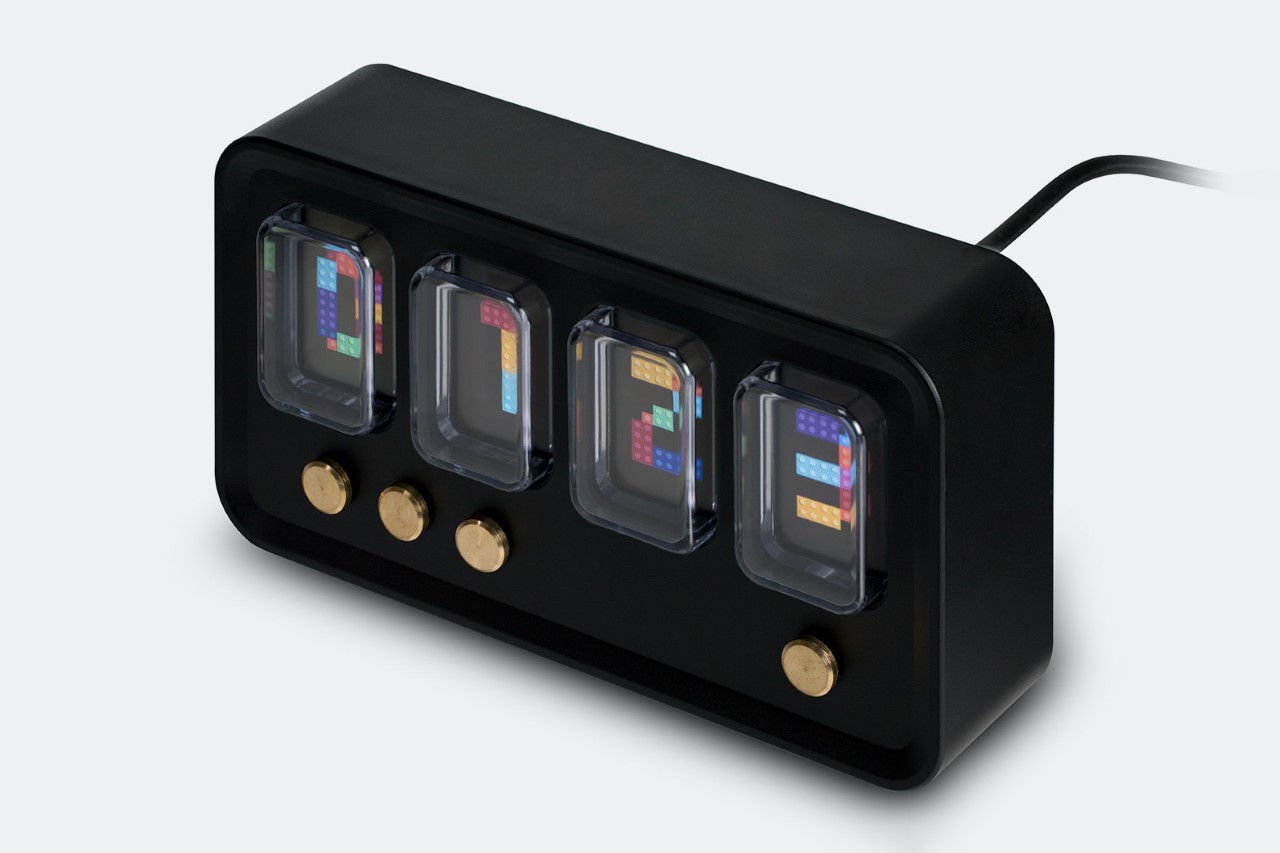 The clock’s most delightful part, however, is its 4-piece LCD display system that has its own set of themes to choose from. For the retro-enthusiast, the clock’s Nixie theme (below) is the ideal choice, but for kids and LEGO-nerds, a brick-based numeric system offers a rather unique aesthetic alternative. There are a total of 20 themes to choose from (you can get a better picture of what the themes are in this separate video reviewing a similar clock from EleksTube), and you can even design your own themes and upload them through the PC software. (Want to replace the numbers with tiny photographs? Sure! NFTs? Probably!) 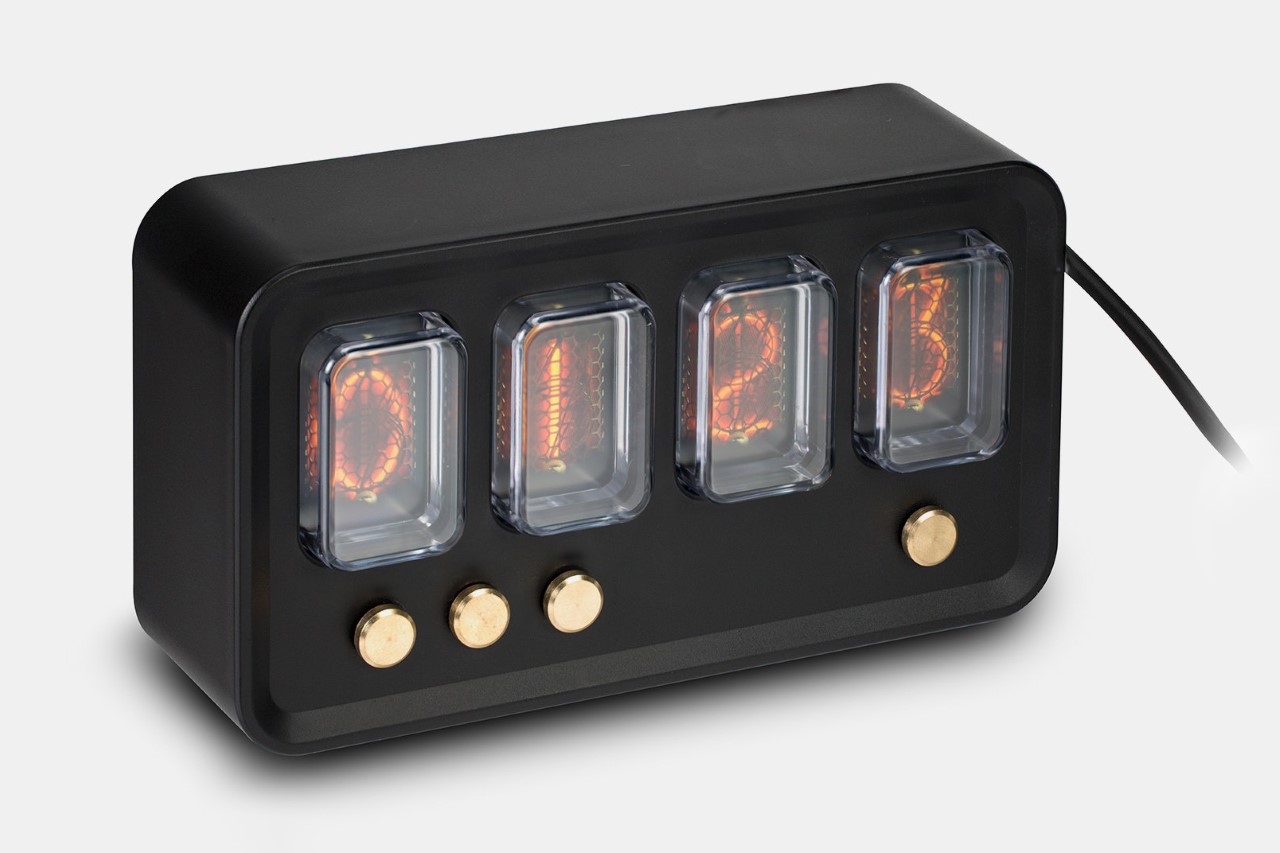 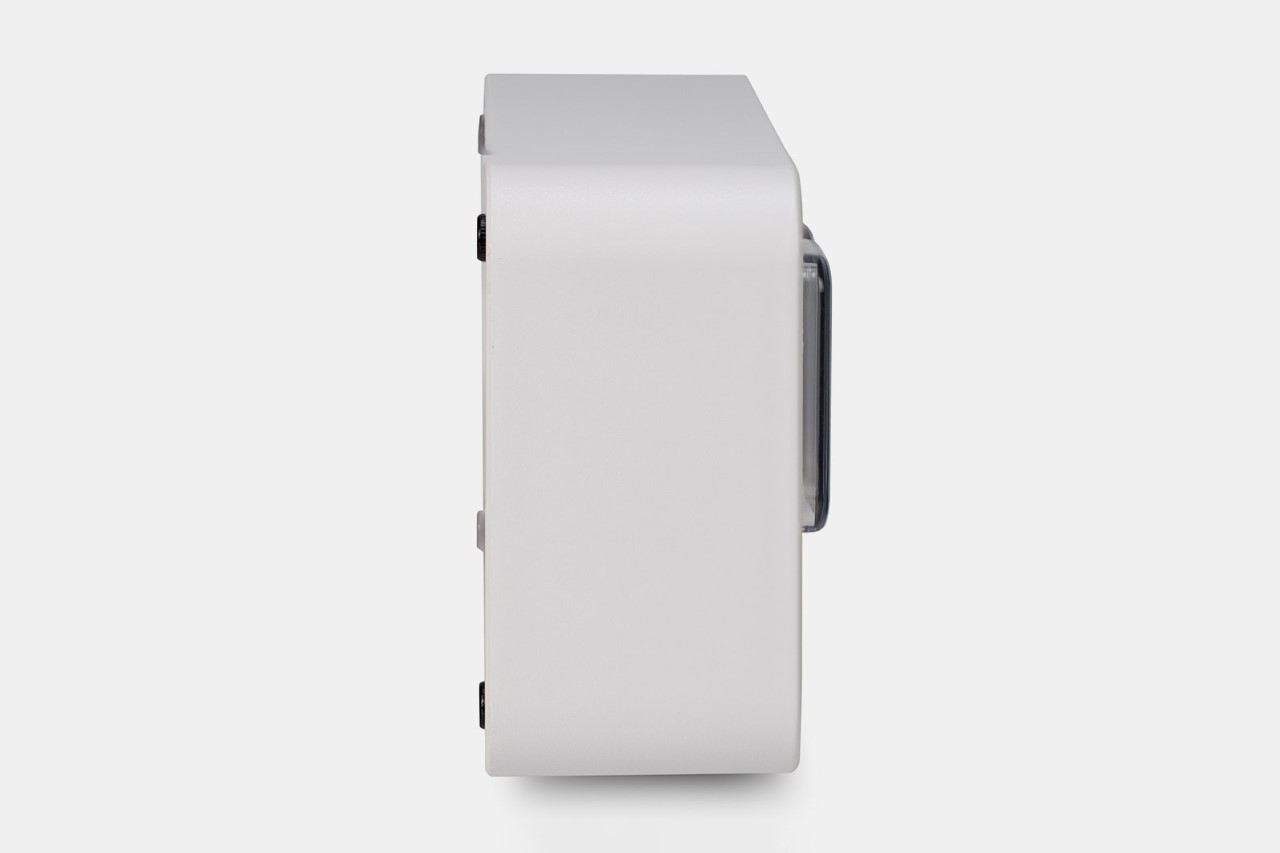 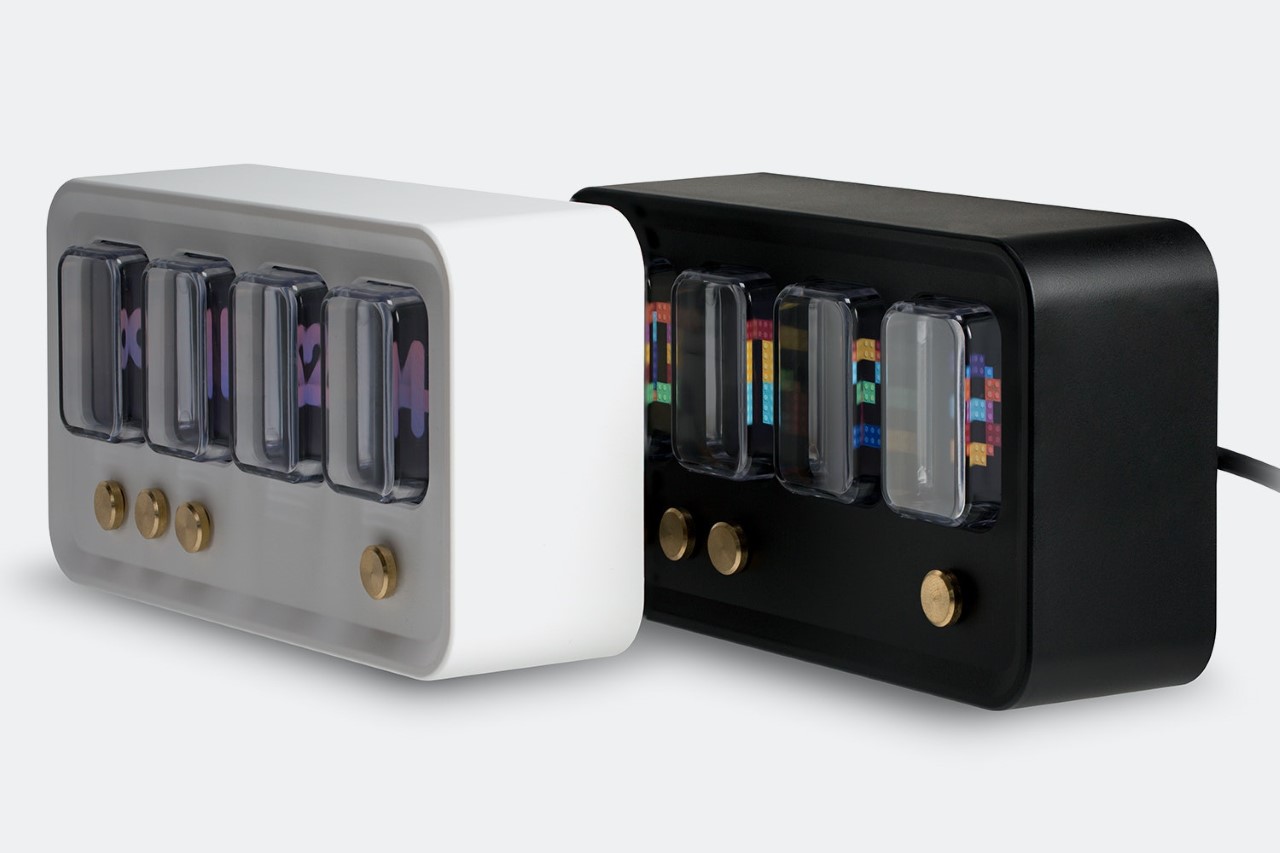 Keep kids away from gadgets as much as possible. That is what many people are saying, but as a parent, I can say some devices…

New Word of the Day: dataSTICKIES

YD’s resident Design Strategist Hideshi Hamaguchi, who also happens to be the innovator of the USB Stick will be pleasantly surprised to see his vision…

FaceTime on your Apple Watch?!

https://youtu.be/_4rWepfGFuA The Apple Watch goes as close to working as efficiently as the smartphone in your pocket. It even comes with a gallery that allows…

Charging can’t get more wireless than this

Now that the iPhone finally joined the wireless charging bandwagon, we can finally see this space explode with products… like the Avido WiBa. Most wireless…