Some of us may laugh at the fashion, designs, and technologies of the past, but sooner or later, they actually become the inspiration for products and designs of today. The number of successful and profitable “retro” recreations has proven the power of nostalgia, especially when you can avoid the limitations of the past. Tape recorders, for example, were rather funky-looking contraptions from our modern point of view, which also makes them a perfect candidate for a retro recreation. Unsurprisingly, someone did take on such an endeavor and gave the venerable cassette record from the 80s a modern makeover, one that relives part of the look and feel of the original but without the physical and mechanical restrictions. 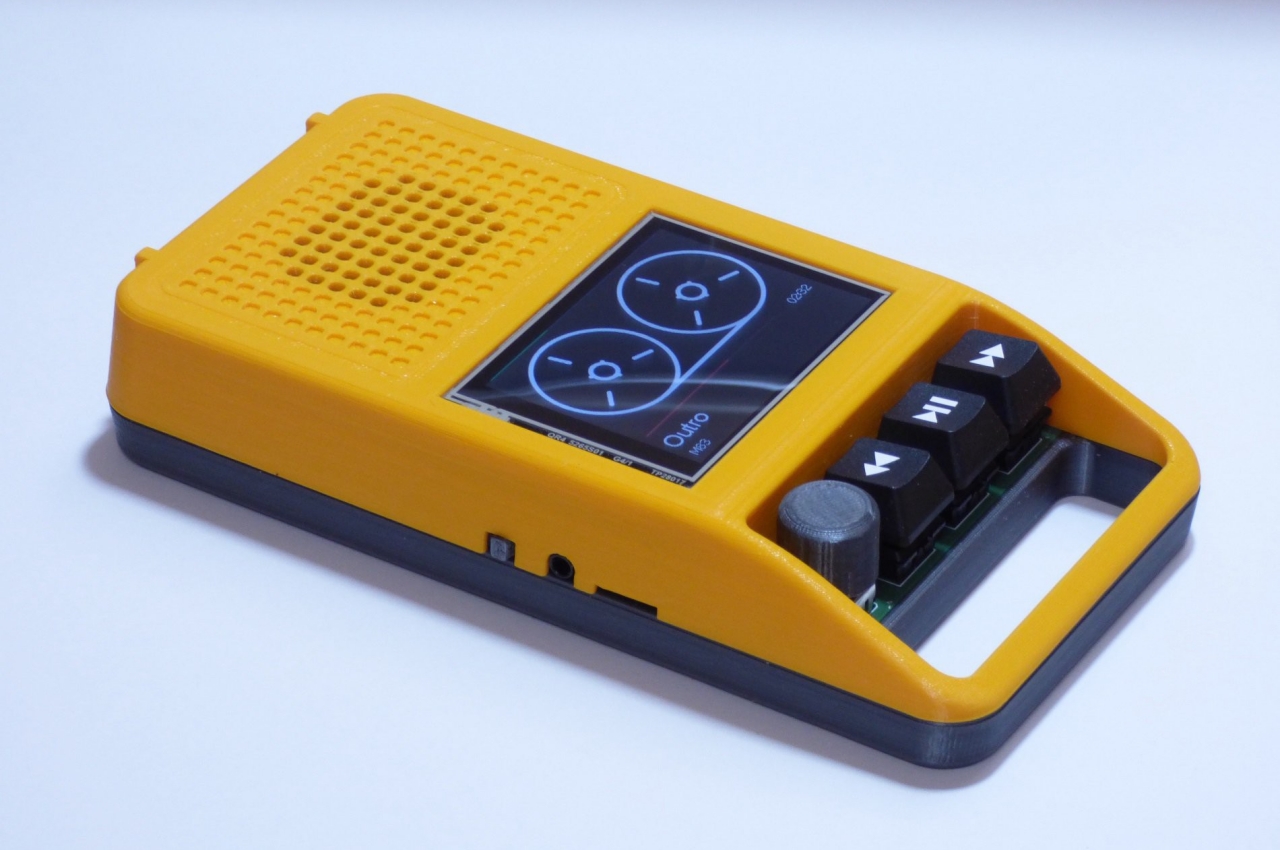 Given the technologies of that era, the cassette tape itself was a revolutionary invention that freed people to listen to music away from the hulking phonographs at home. Cassette players and recorders came in all shapes and sizes, but one of the most iconic forms was a flat box that would lie on a table or desk. You would see these devices even on TV, usually used as a prop for recording interviews, interrogations, or depositions, making their form easily identifiable even today. 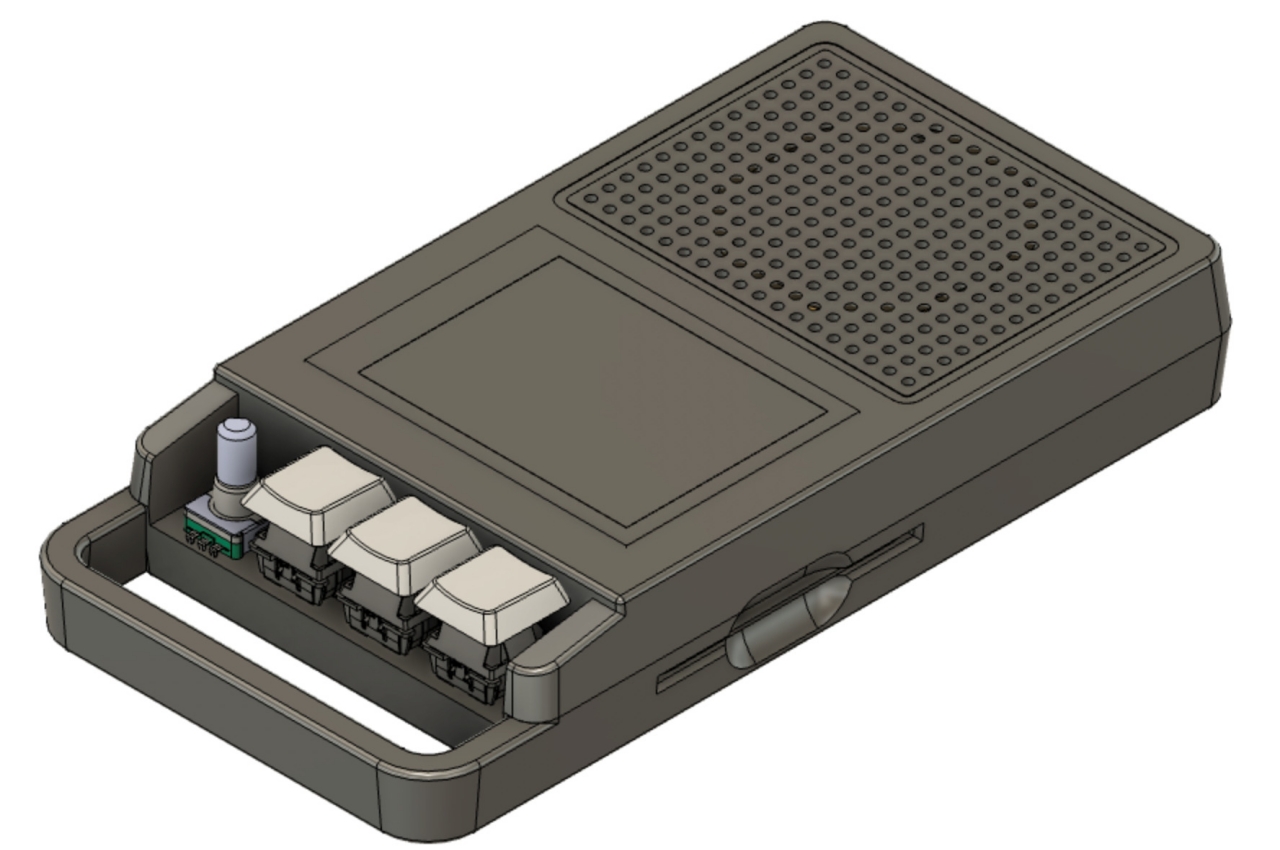 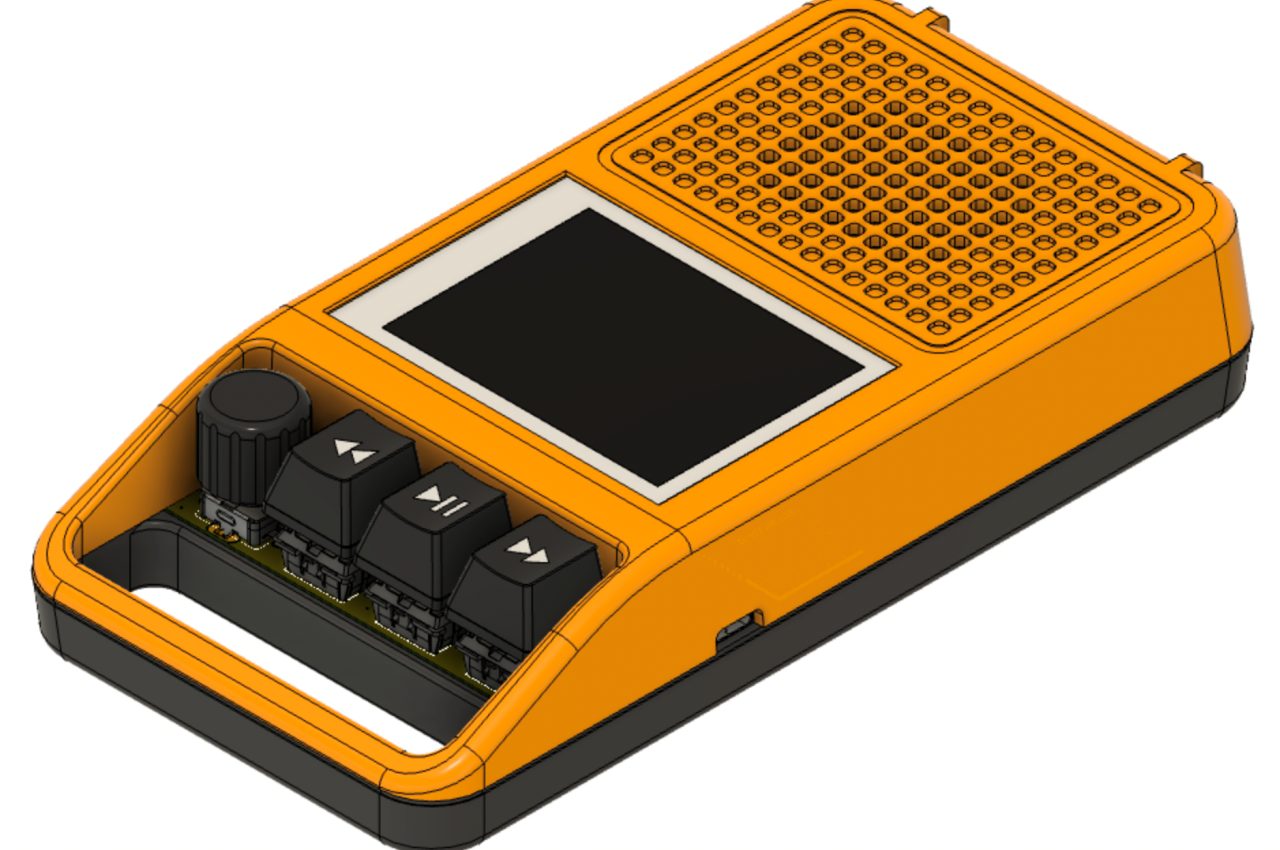 A retro cassette player would have to stay true to that form, but it doesn’t need to have loyalties to the same flimsy and unreliable physical medium. In other words, this Retro Audio Player is practically a digital player in old-school clothing, but one with a few tricks and quirks that make it delightful to look at and fun to use. 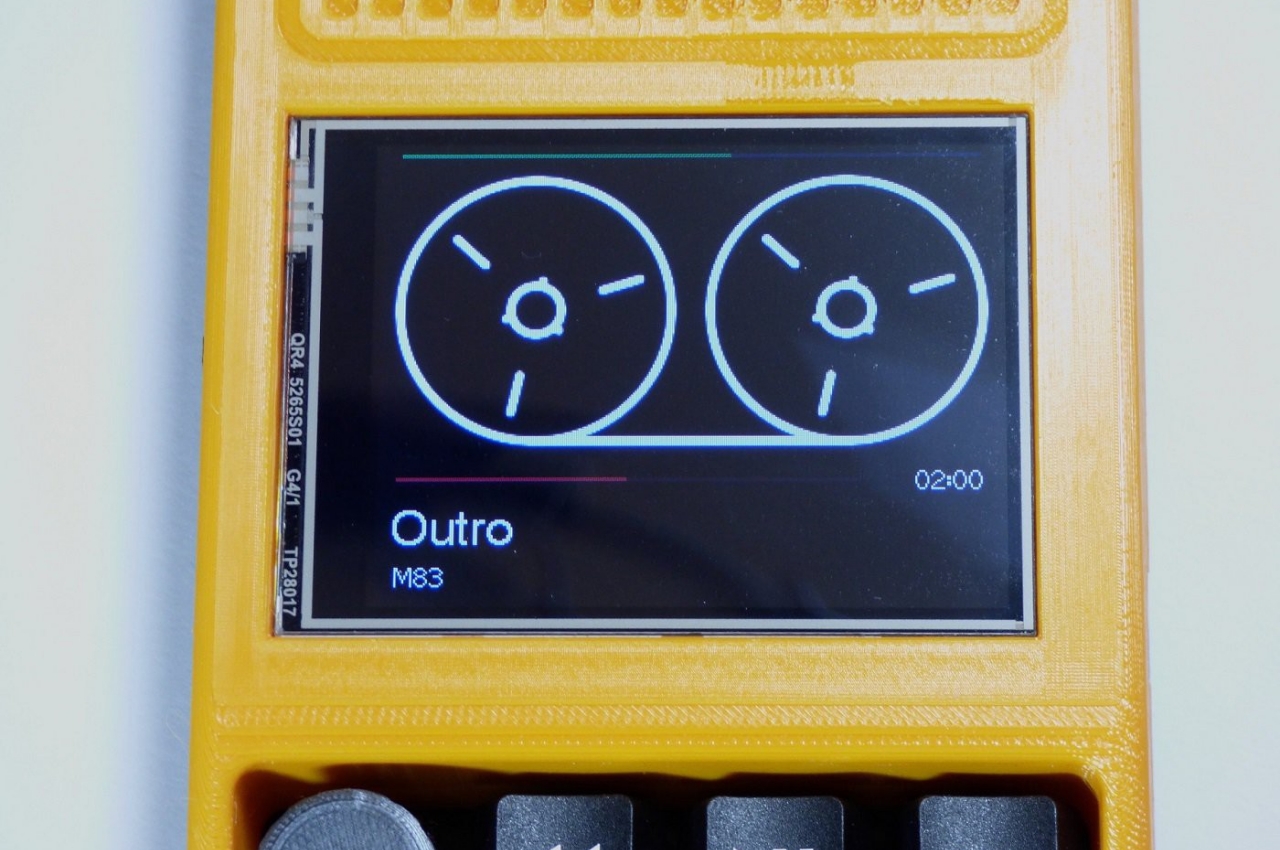 The 2.8-inch display on top, for example, tries to visualize the spinning reels of an honest-to-goodness cassette player, making it look almost like the real deal from afar. There are no extraneous elements on the screen other than the name of the file being played, the artist, and its progress, sticking closely to the unavoidably bare designs of its predecessors. And yes, it plays files stored on an SD card you slot into its side. 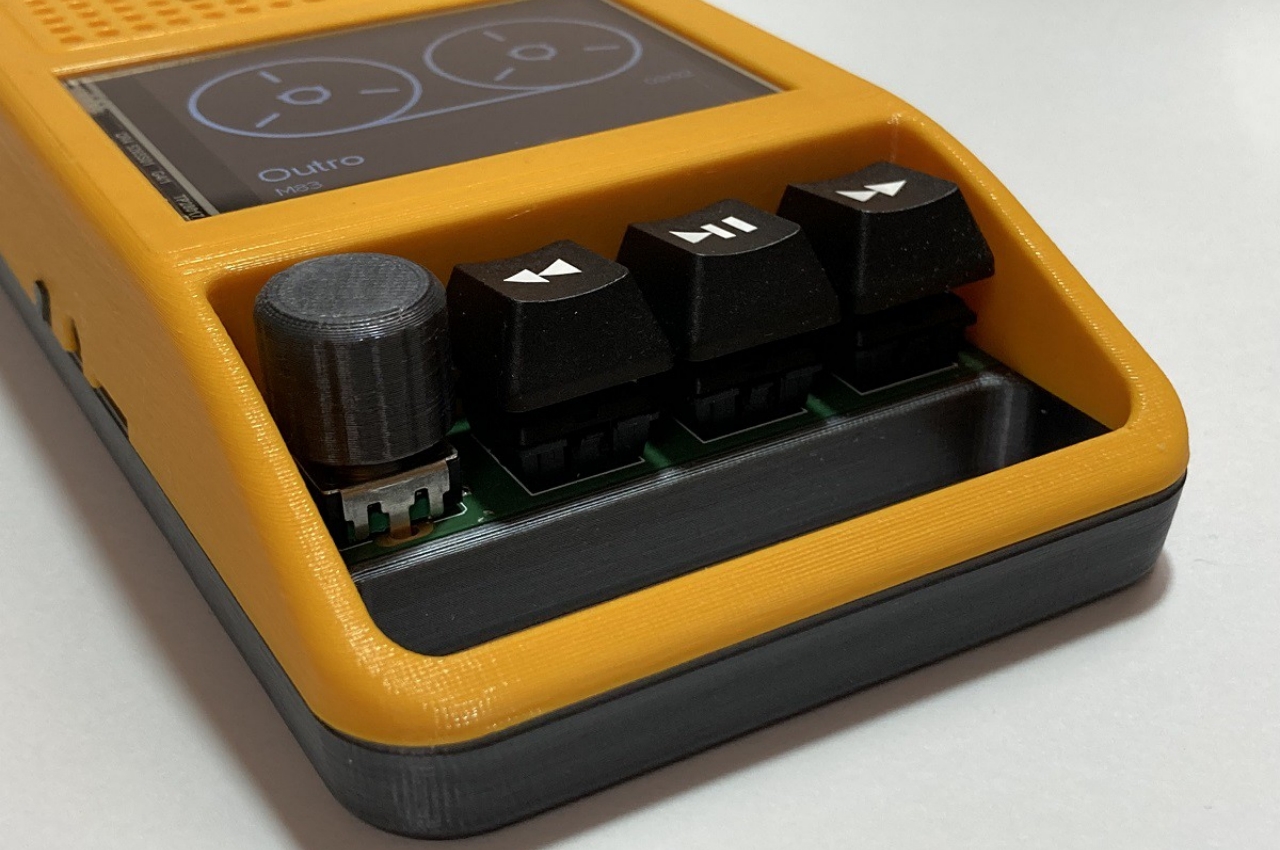 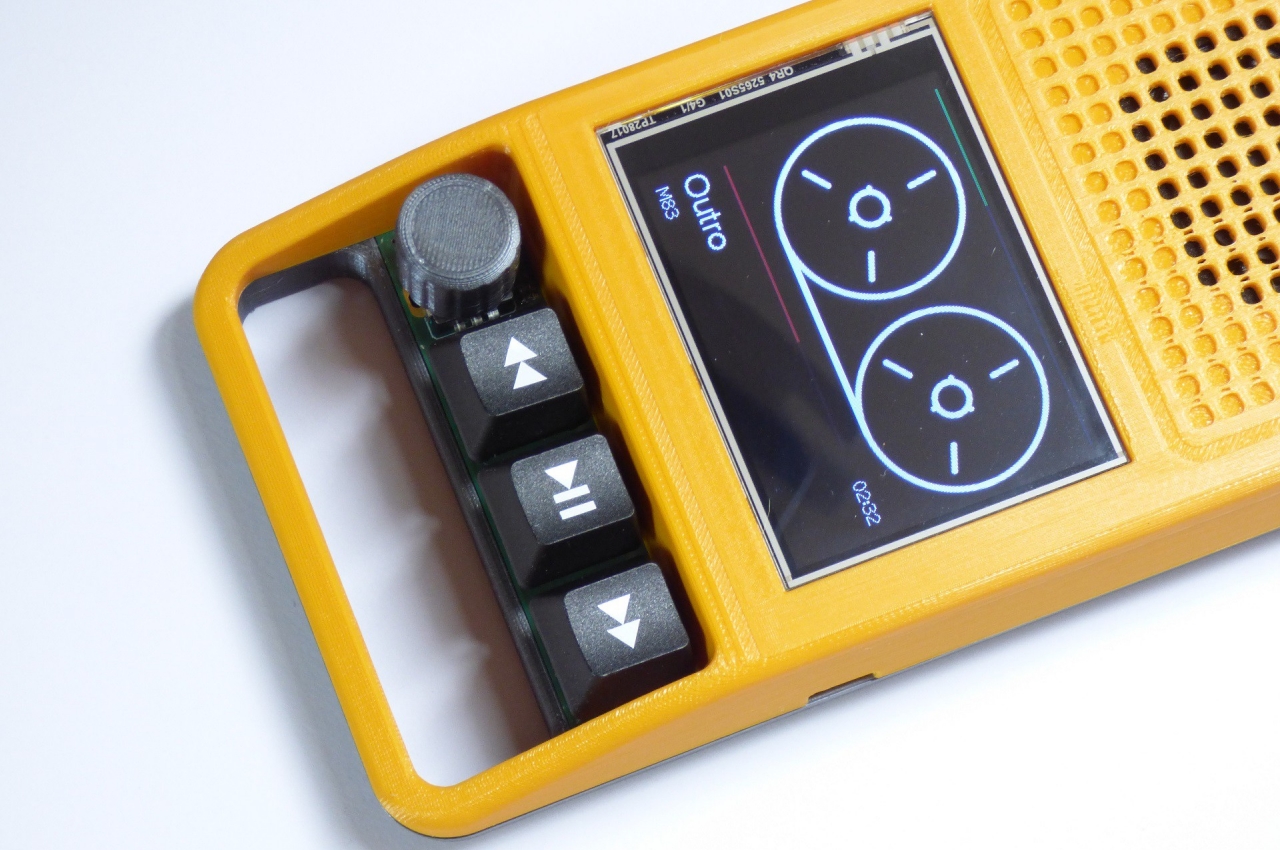 The DIY Retro Audio Player is also simple to use, with only a dial for volume and three buttons that are actually MX keyboard switches in disguise. The bright yellow paint job on top almost makes it look like a toy, and any child can actually operate it thanks to its simplicity. Whether it will survive rough handling from youngsters, however, is a different question entirely.

Its simplicity is also its Achilles’ heel, though, at least as far as audio players are concerned. Its diminutive size only has room for a single speaker, making it better suited for audiobooks than party music, but it does have a headphone jack in case you want more oomph. The three “buttons” can only pause or play the music and switch tracks, nothing to fast-forward or rewind within the same song like modern audio players. That said, the Retro Audio Player wasn’t envisioned to be a full-blown media player and more as a fun-looking nod to the past, and in that regard, it definitely scores an A+. 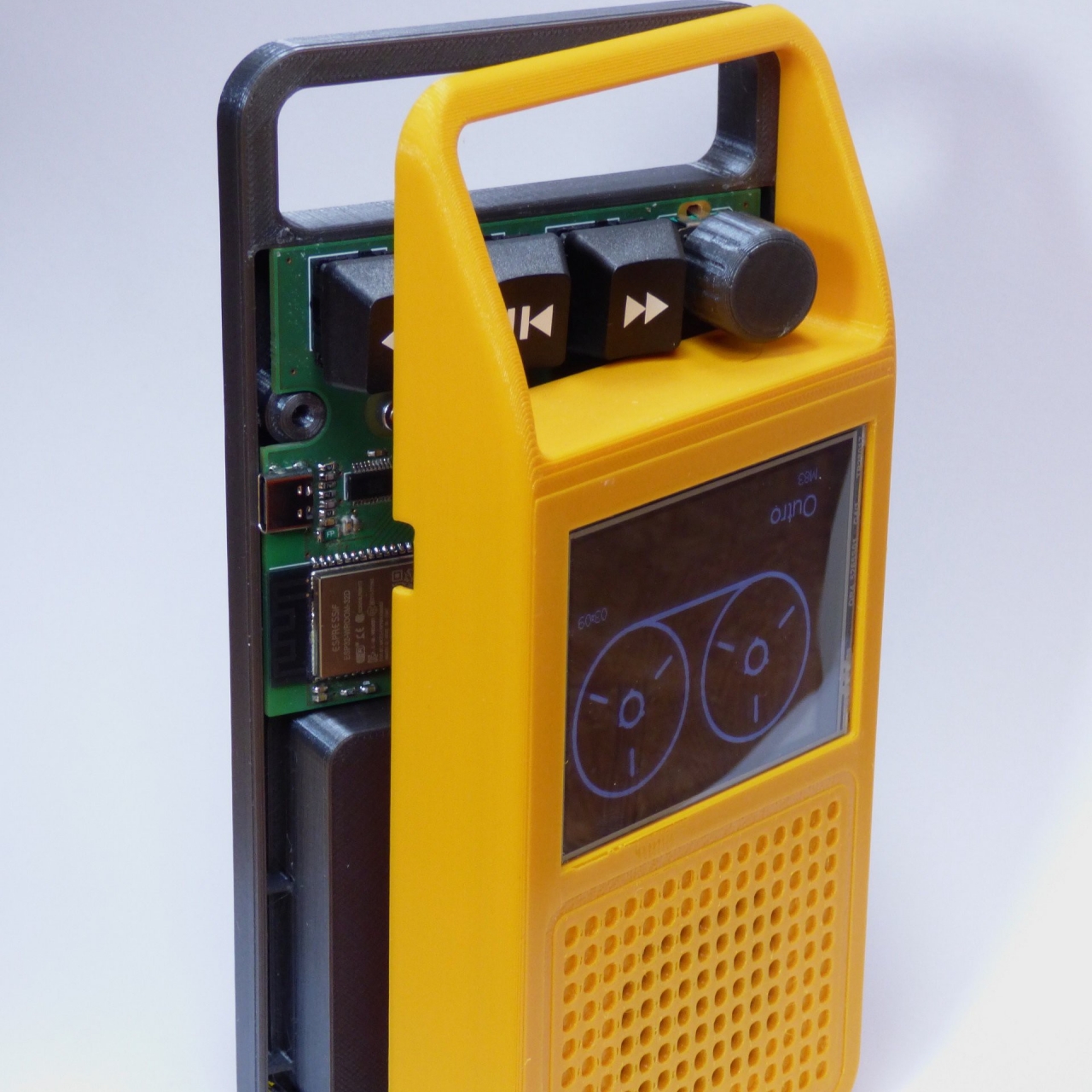 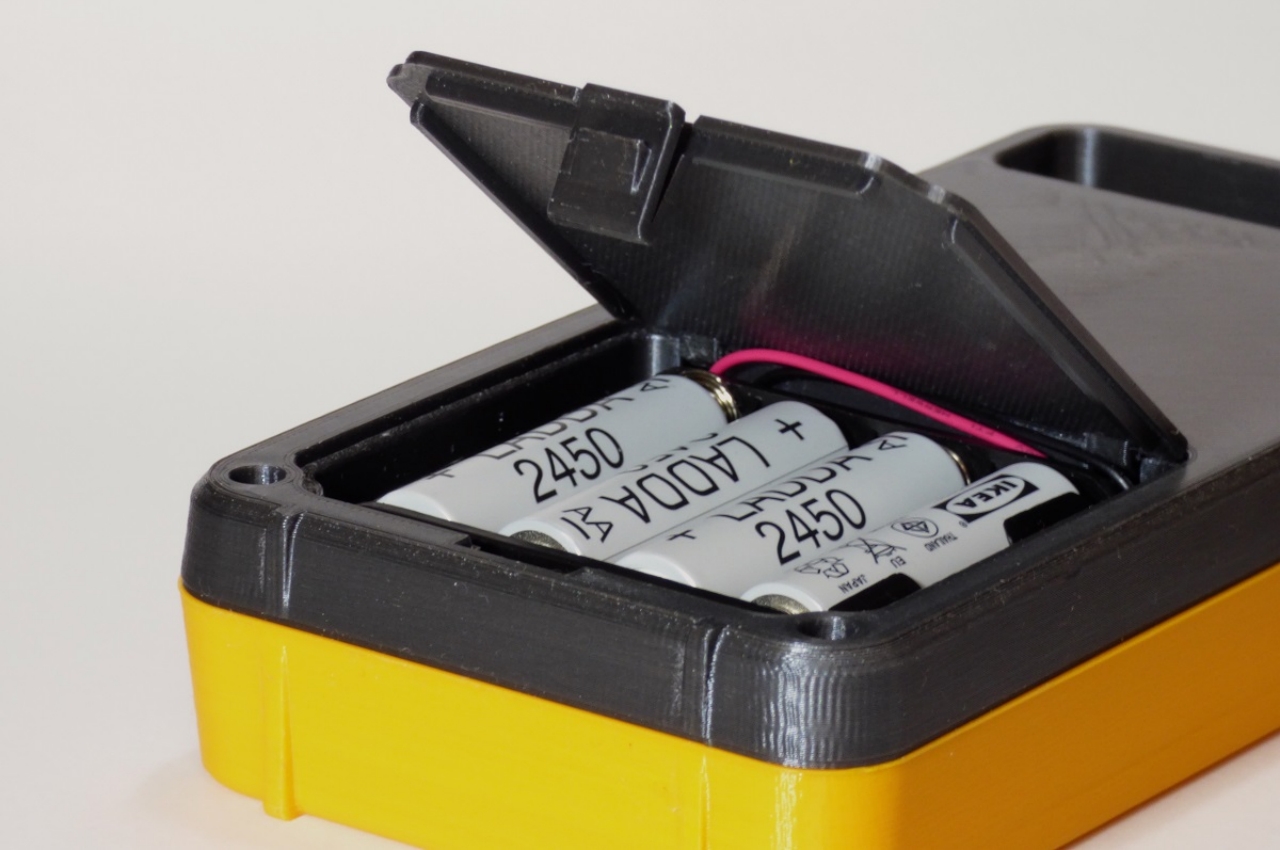 Inspired by the process of photosynthesis and the ability of leaves to make food for the plant, designer duo Hyosang Pak and Dongseong Jeong have…

Let’s forget about folding displays for a bit and admire Insta360’s folding camera!

The idea behind the Evo’s design is a simple, but unique one. 3D cameras and 360° cameras have one thing in common… the presence of…

You have to admit that Microsoft under Satya Nadella’s CEO-ship has really gained a whole lot of perspective. They aren’t just the OS company anymore….

The sun will sweat when it finds the joy you and your children will take in melodic harmony with the blinds pulled. William Gurley presents…