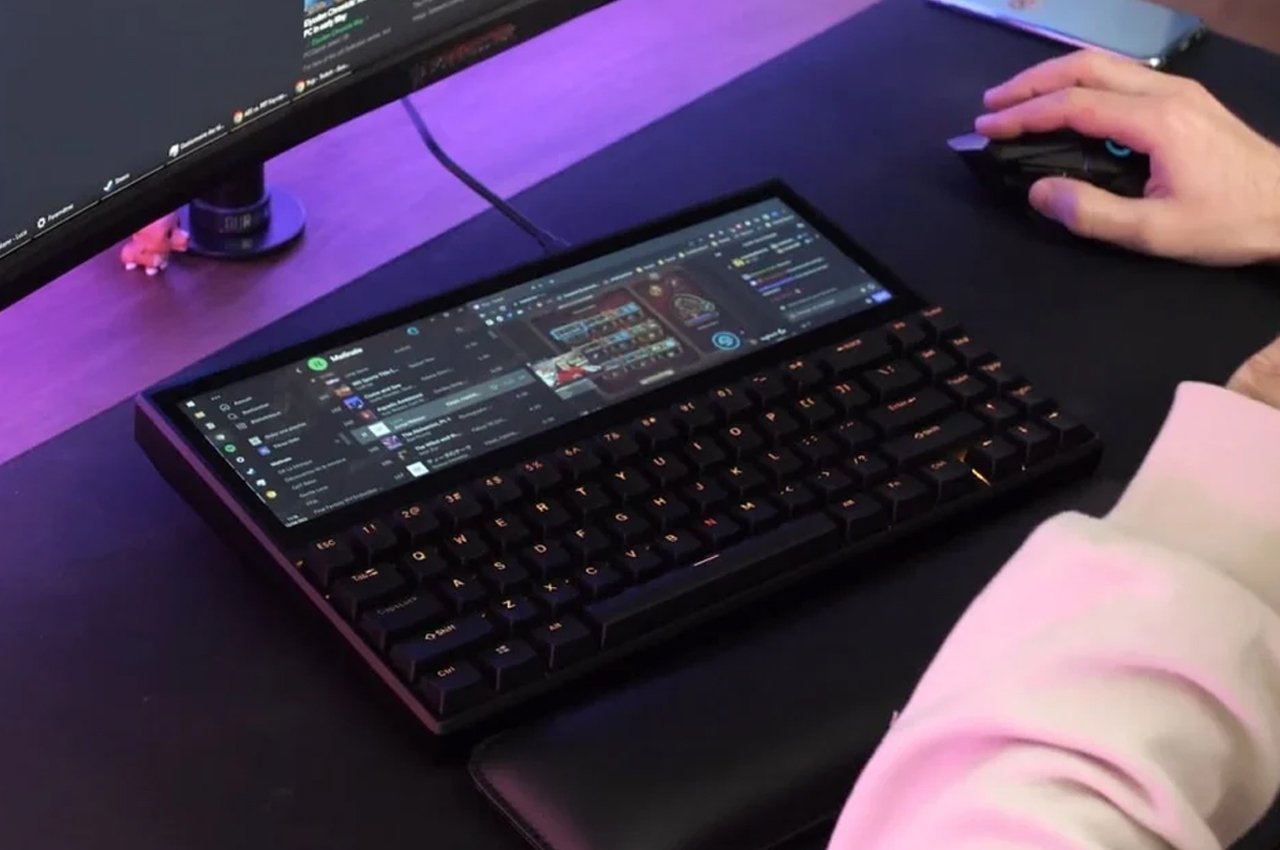 There are two things that hardcore PC users and gamers require and agree on, whether or not they use a touchpad or a mouse with one hand. They all want a trustworthy keyboard, often a mechanical one, and they all believe that a second screen would improve their productivity or level up their game. Funnily enough, it seems that someone did take those desires to heart and smashed them into a single peripheral. Taking a few pages from Apple’s MacBook Pro Touch Bar as well as the ASUS ZenBook Duo, this keyboard does more than just offer a second screen on top of a keyboard but also delivers a mechanical keyboard that tries to give that kind of typing experience that gamers, programmers, and writers love talking about. 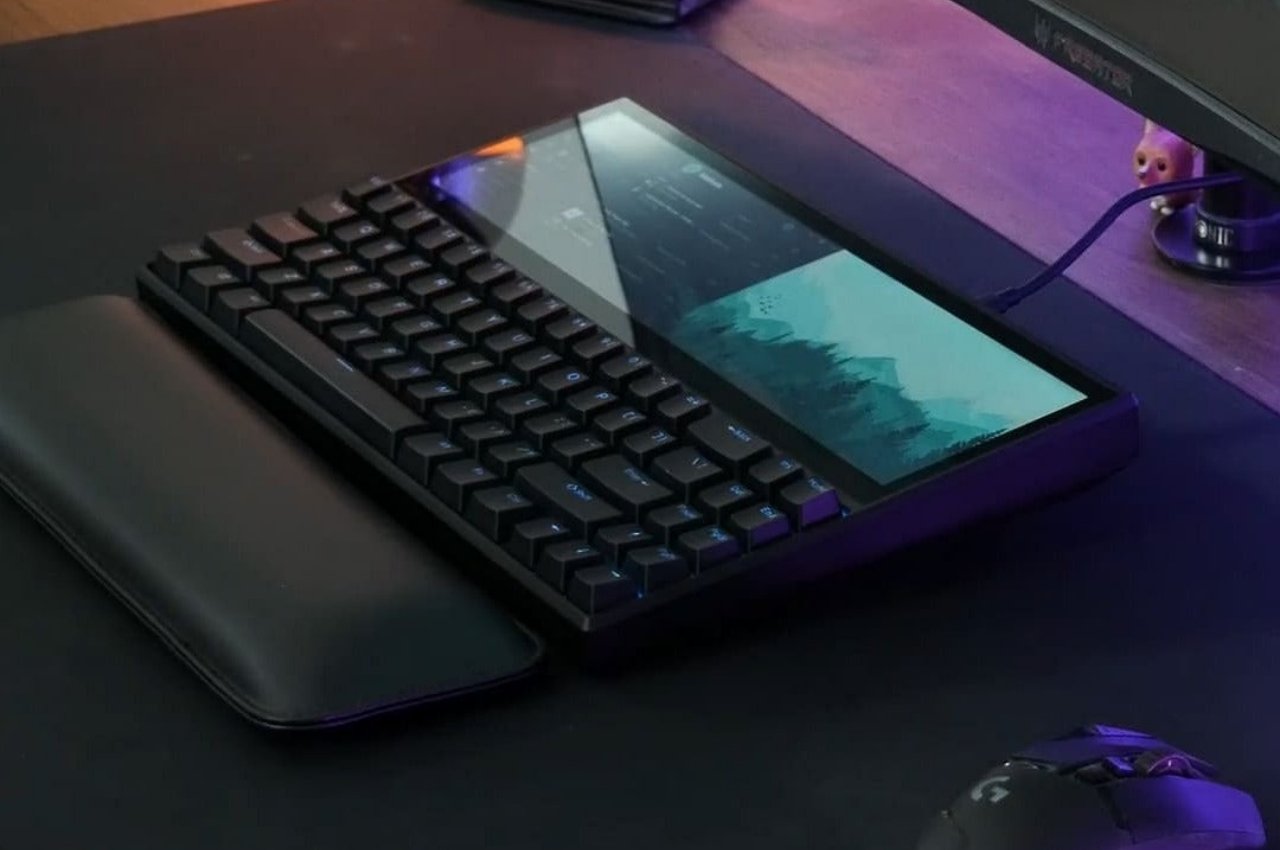 The idea of having a screen on top of your keyboard might sound ridiculous or excessive at first until you realize that PC manufacturers are actually going in that direction. Apple may have dropped the controversial Touch Bar from the MacBook, but other PC makers are starting to embrace it. ASUS took that idea to the extreme by having a rather sizable display instead of just a strip of OLED screen above the keyboard. 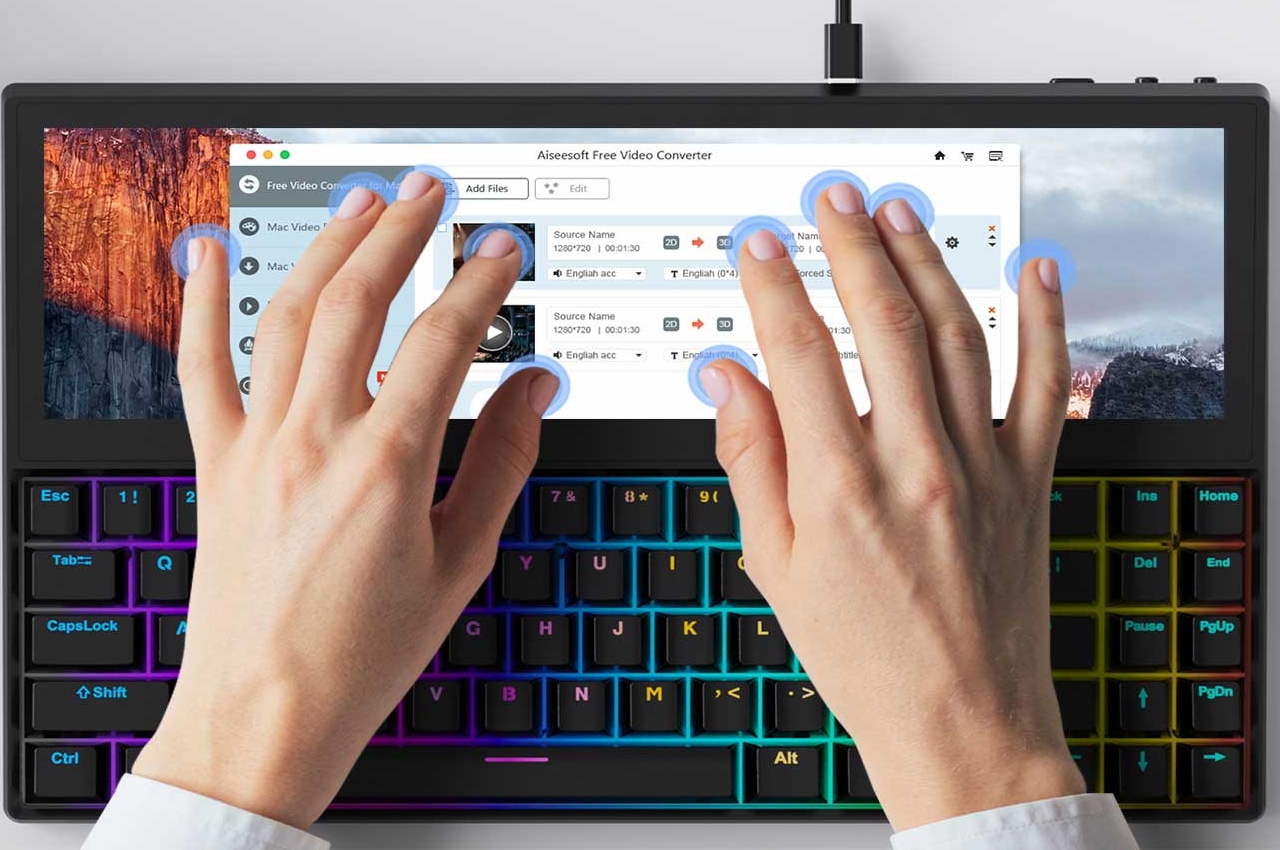 In theory, the idea is that this second screen could become a dedicated control panel or tool palette for different apps. This would free the main monitor to actually display content or the document that you’re working on. It could also simply be a second monitor for less important parts of an, like chat in a live stream, comments on YouTube, and the like. In practice, however, it’s not something that happens magically and requires a lot more juggling and trial and error to get right. 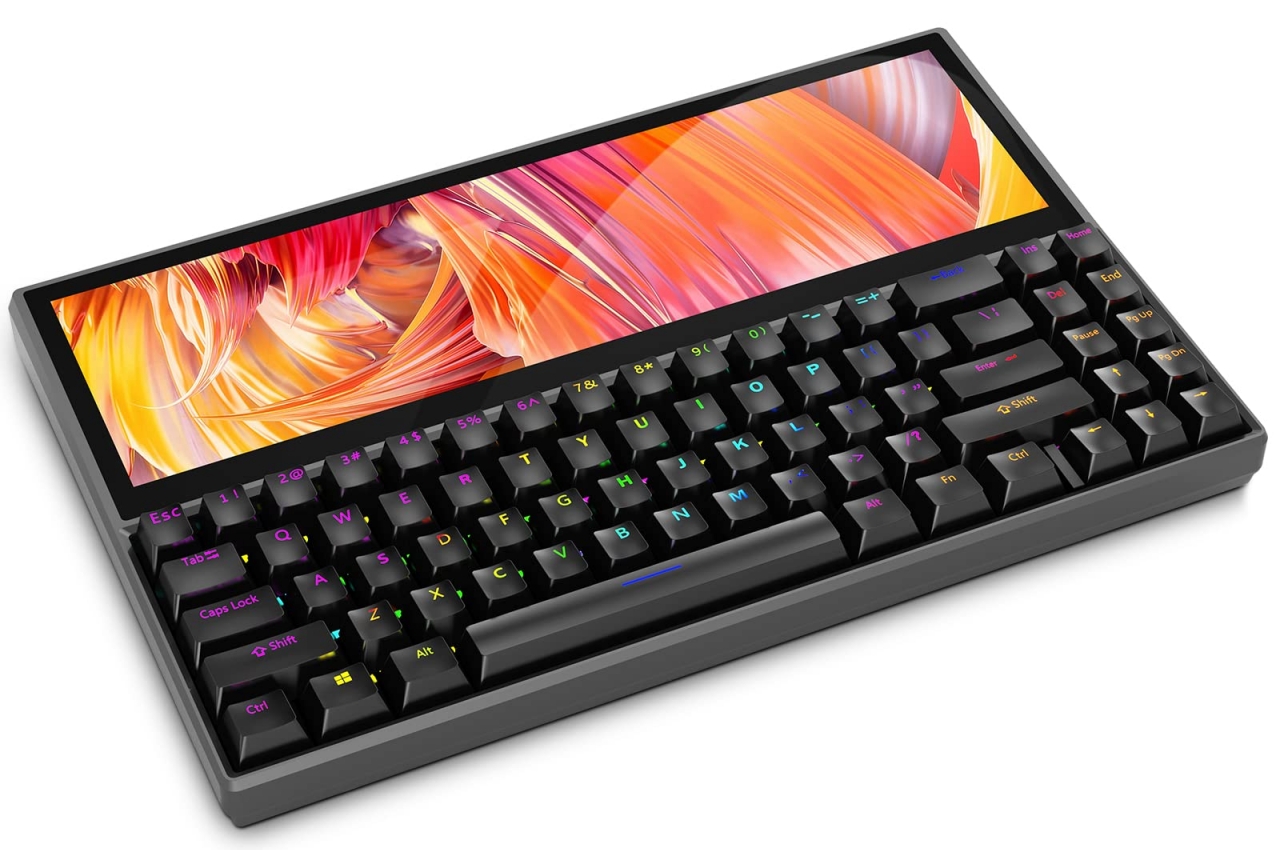 The mechanical keyboard part is at least more conventional, using Gateron Blue switches that offer plenty of resistance and clickyness to satisfy the needs and preferences of very active users. The tactile feedback and accuracy offered by these switches can even be critical in maintaining an edge in fast-paced competitive gaming. The pudding keycaps have transparent lettering to let the gamer-typical RGB lights shine through. Unfortunately, they’re also made from ABS plastic, so they wear out easily over time.

Despite looking almost like a complete computer, albeit one with an odd half-screen, the Kwumsy K2 is really just an external monitor and keyboard that you have to connect to a desktop or a laptop. That does limit its compatibility to a few devices, though it’s really only iPhones and iPads that are not invited. Even if it does successfully connect to a computer, however, the functionality of that built-in touch screen can be a hit or miss, depending on the operating system and the software. 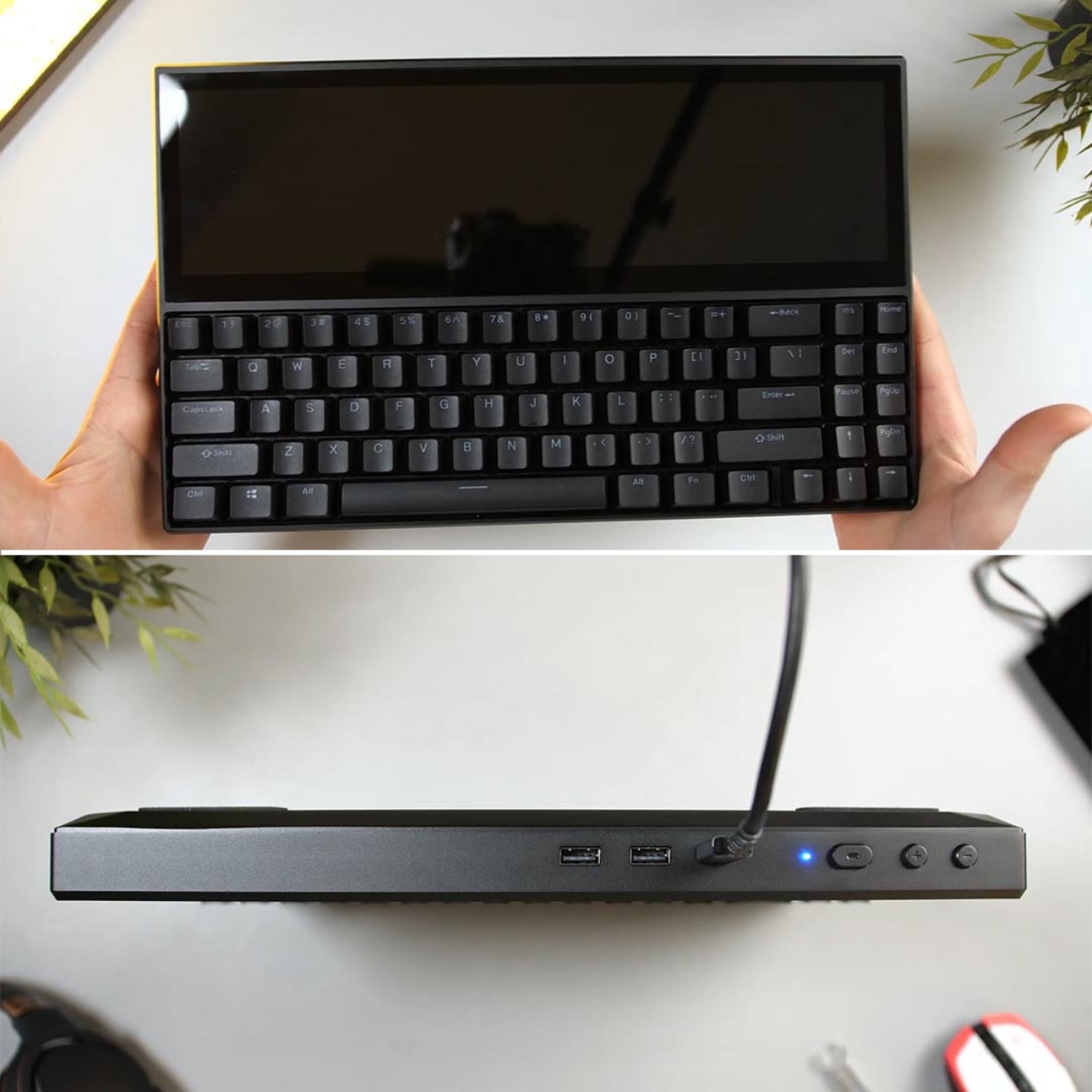 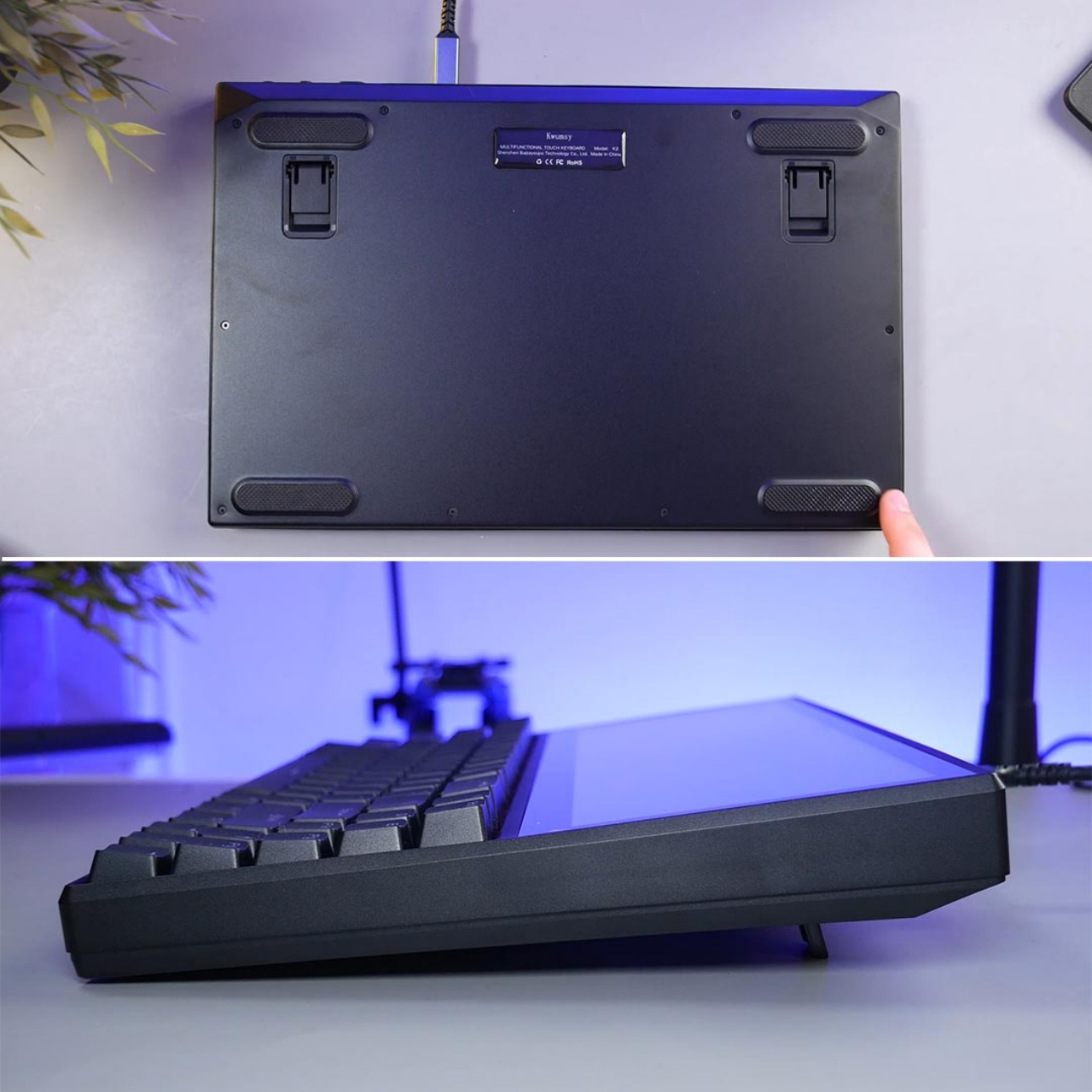 The whole enclosure is also quite big and thick, about 1.22 inches think and 9.15×13.17 inches around. It’s not exactly the most portable peripheral, especially if you’re already carrying around a hefty gaming laptop. It’s definitely meant to stay at home or in a studio, where its extra screen could do wonders for people using specialized software. Outside of those, however, it’s a pretty niche accessory for an almost niche group of computer users, but one that seems to be catching on among other accessory makers trying to capitalize on this new fad. 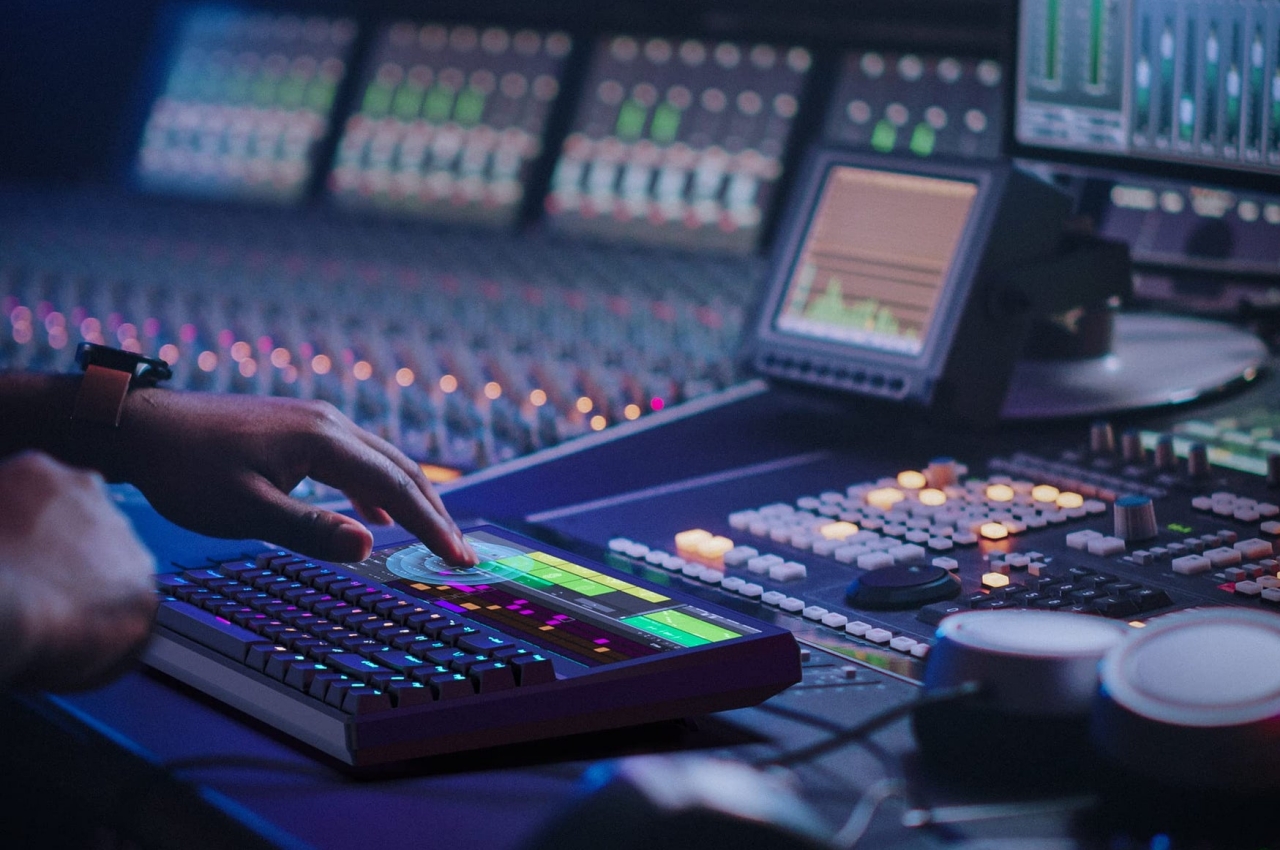 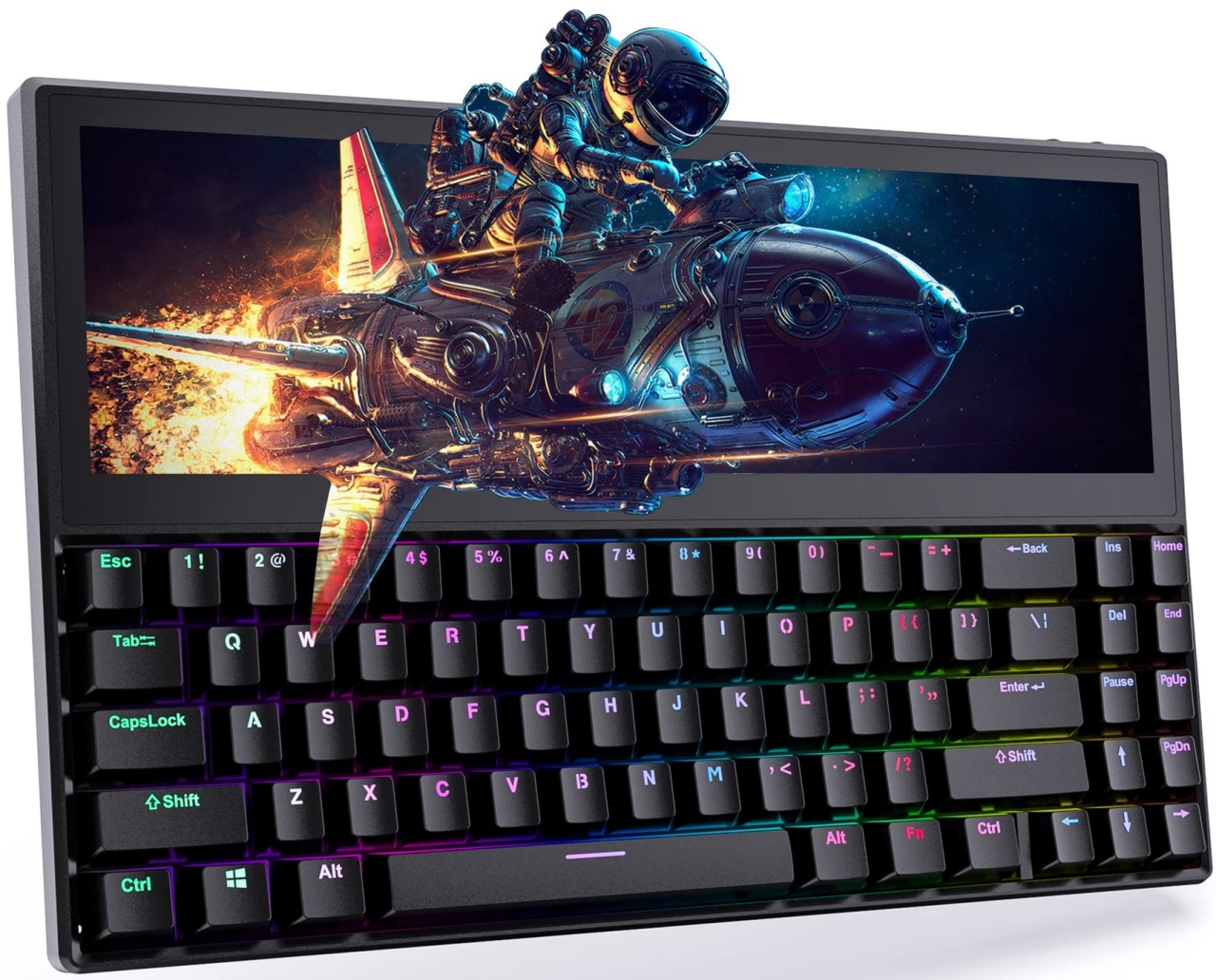 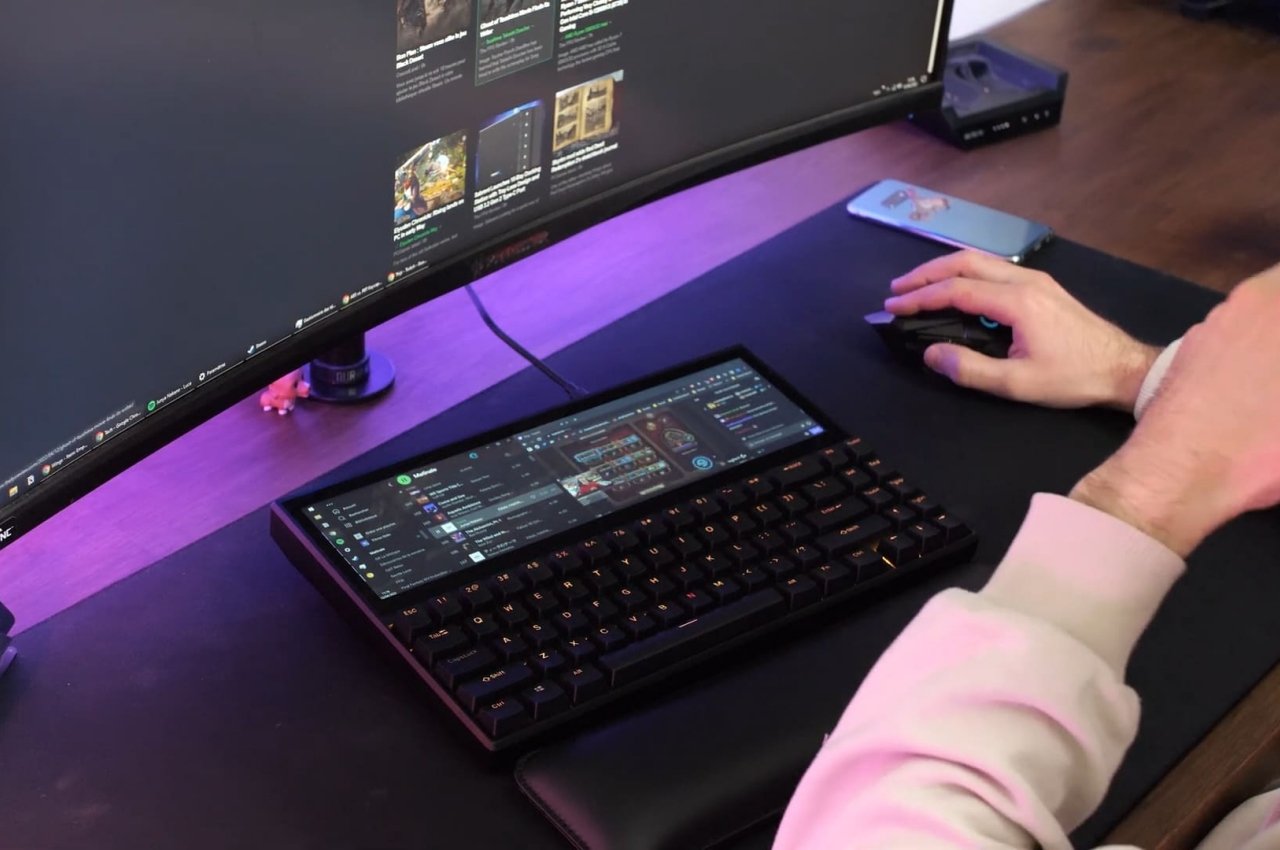 What if your glasses could read to you?

I firmly believe that the spectacle holds great opportunity for wearable tech, because even if there’s just a fraction of people wearing them, these people…

Bear Grylls is the human personification of Man vs Wild and Fear Factor – no, seriously he is an international public figure known for this…

The Smart Prosthetic Arm is a wearable design concept that integrates AI and smart technology into the construction of a prosthetic limb. The magic of…

When you hear the phrase “nail community”, it might bring about either images of carpenters building things or a group of women painting each others’…