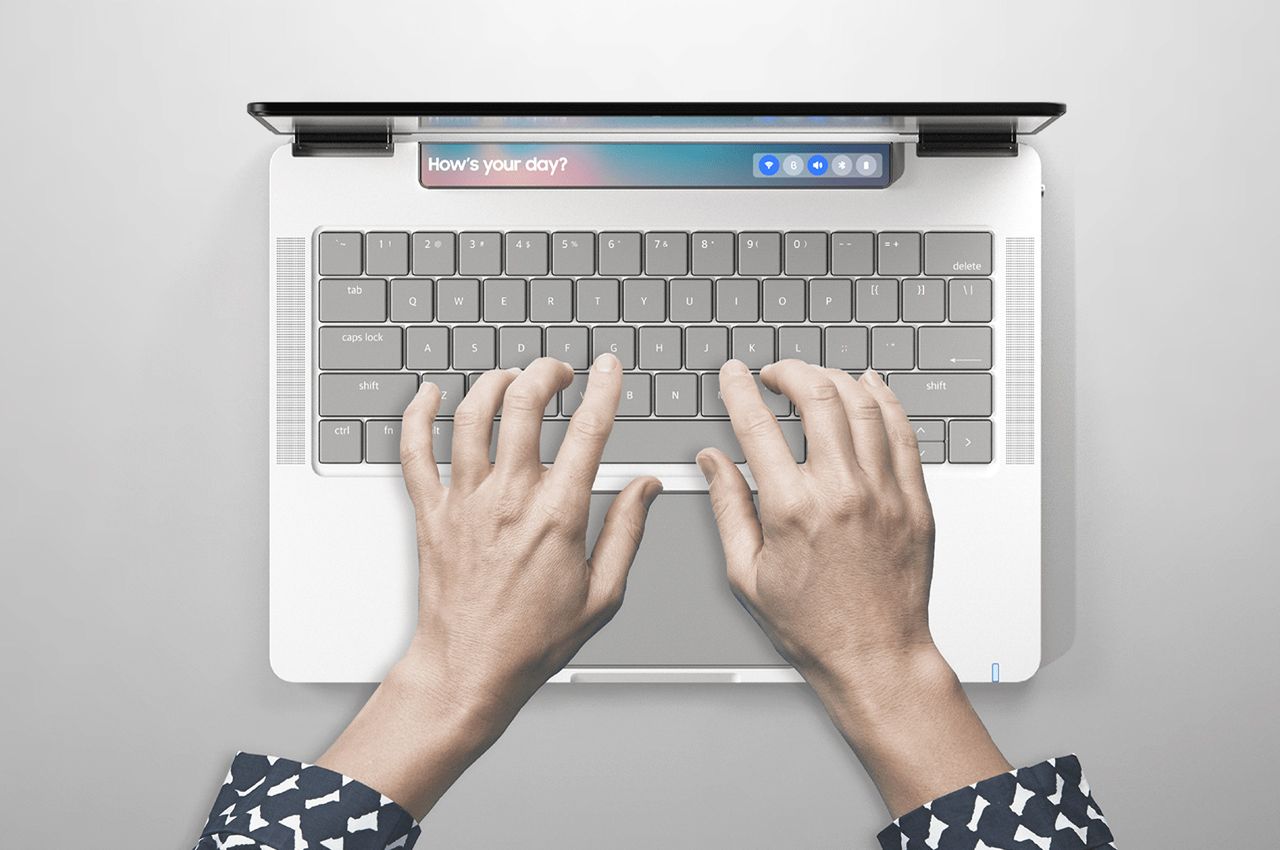 Samsung Galaxy Z Flip, over the three generations, hasn’t made the market invasion like the Korean giant would have expected. Nevertheless, it is a niche smartphone and anyone who uses can swear by its inventiveness. The standout here is the secondary display that provides a quick glance at the notifications and more without having to flip the phone over. This feature is not just phone-centric for God’s sake; a designer thinks the laptops deserve a small screen on the outside for the purpose best told by the Galaxy Z Flip.

This is how the enticing Flipbook for Samsung has been idealized by hyeonseok Kang, who not long ago had us in awe with The Suitcase for the camping enthusiasts. At the first glance, the Flipbook draws a clearer resemblance to a MacBook than swaying in the Samsung design corridors. That said, it certainly has a point to make with what it brings to the table. It not the ordinary touch bar on the Apple laptop, it’s a sheen display right below the screen, which is also visible when the lid is flipped closed; thanks to the cut out in the lid between the two hinges holding it firm against the keyboard unit. 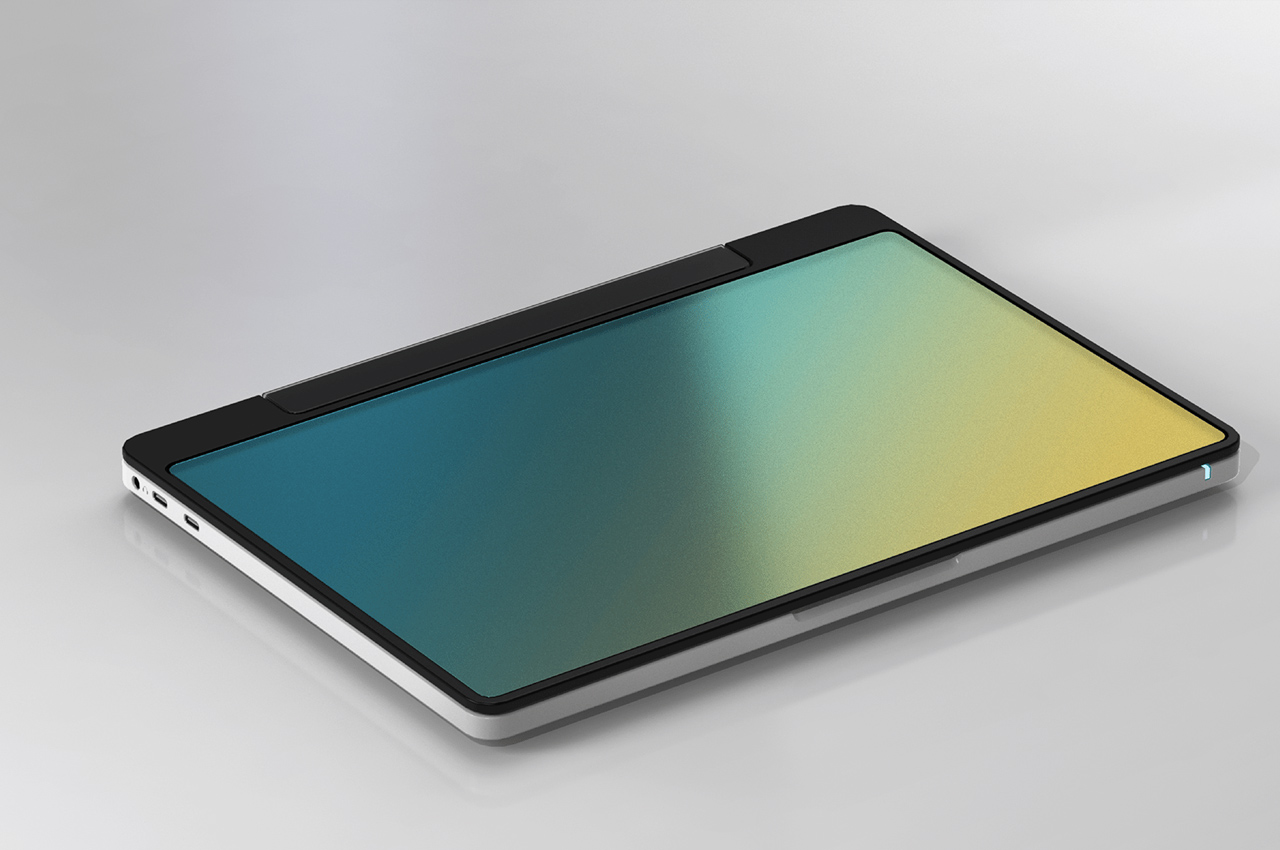 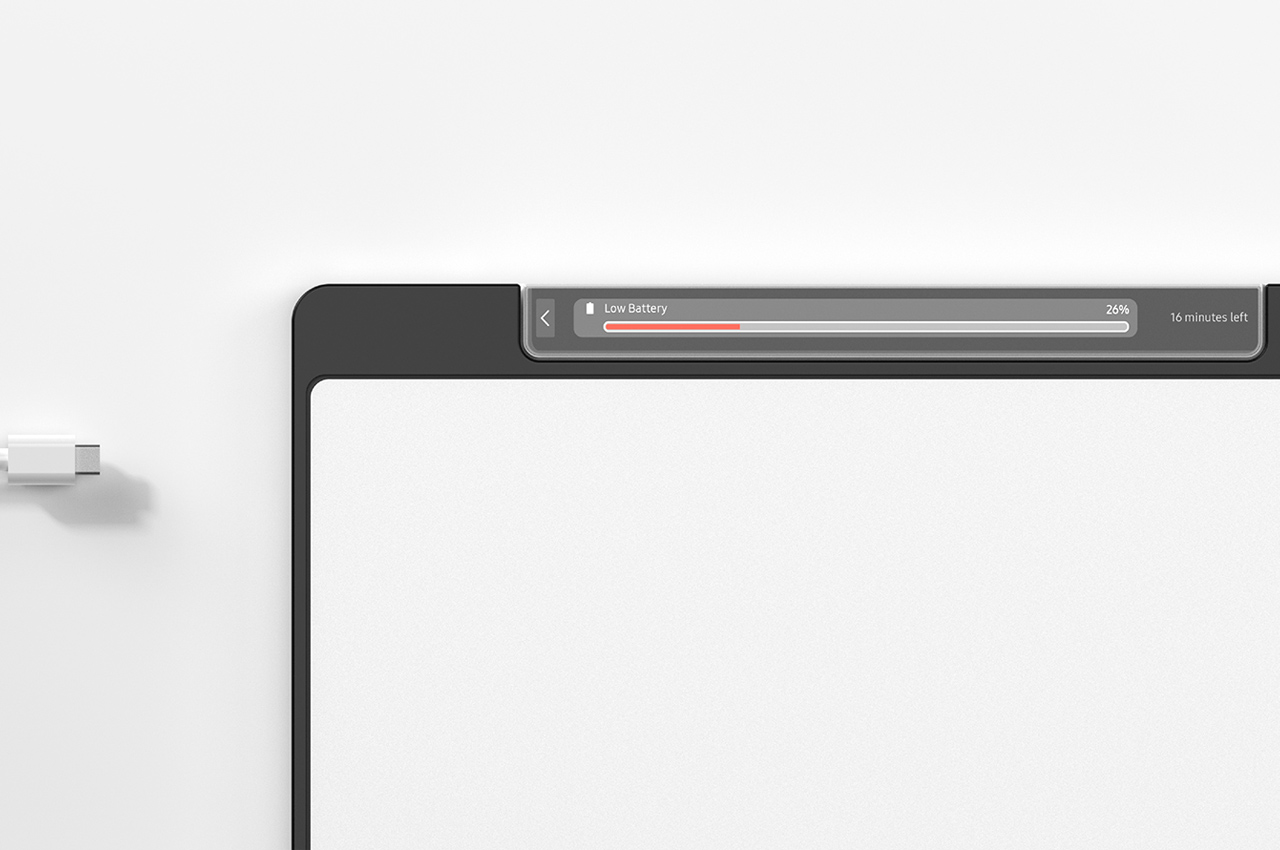 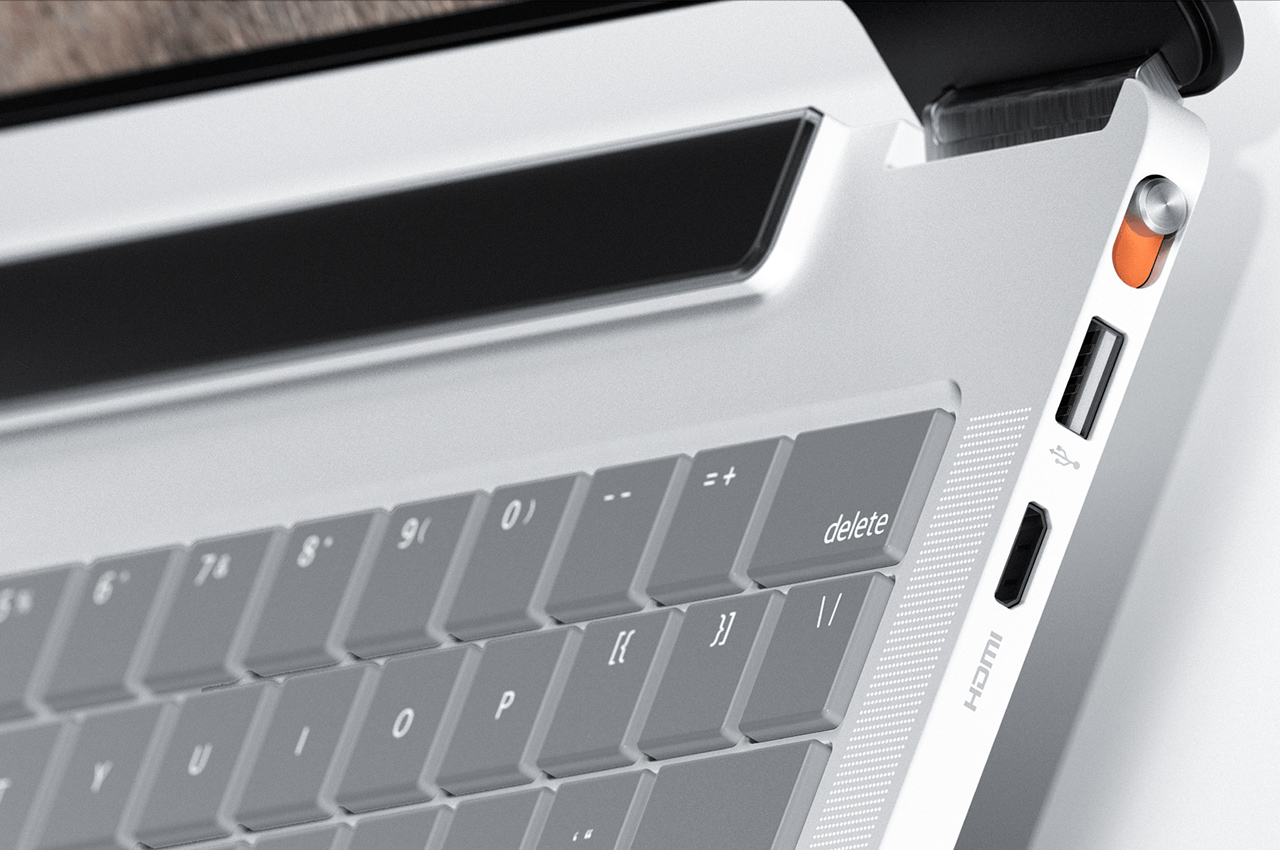 As Kang puts and we reciprocate, “Flipbook shares a design language with Samsung’s Flip” – the screen cut out on the front displays message notifications, battery life, media controls, news updates, and more information without the user having to open the laptop. Convenience unparalleled for the hybrid workforce that can, with just a glance at the secondary display, know when to flip open the laptop to jump onto a zoom call or ignore an unnecessary login. 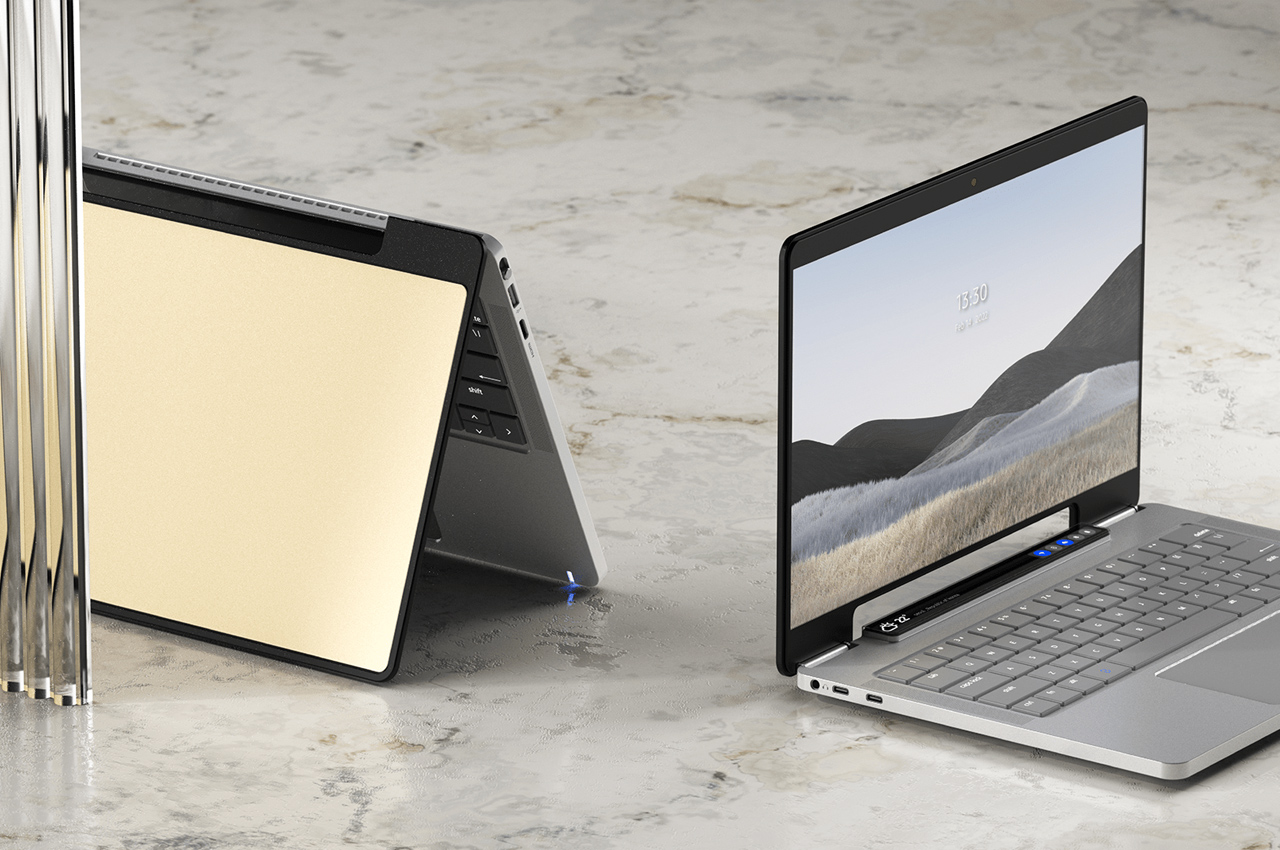 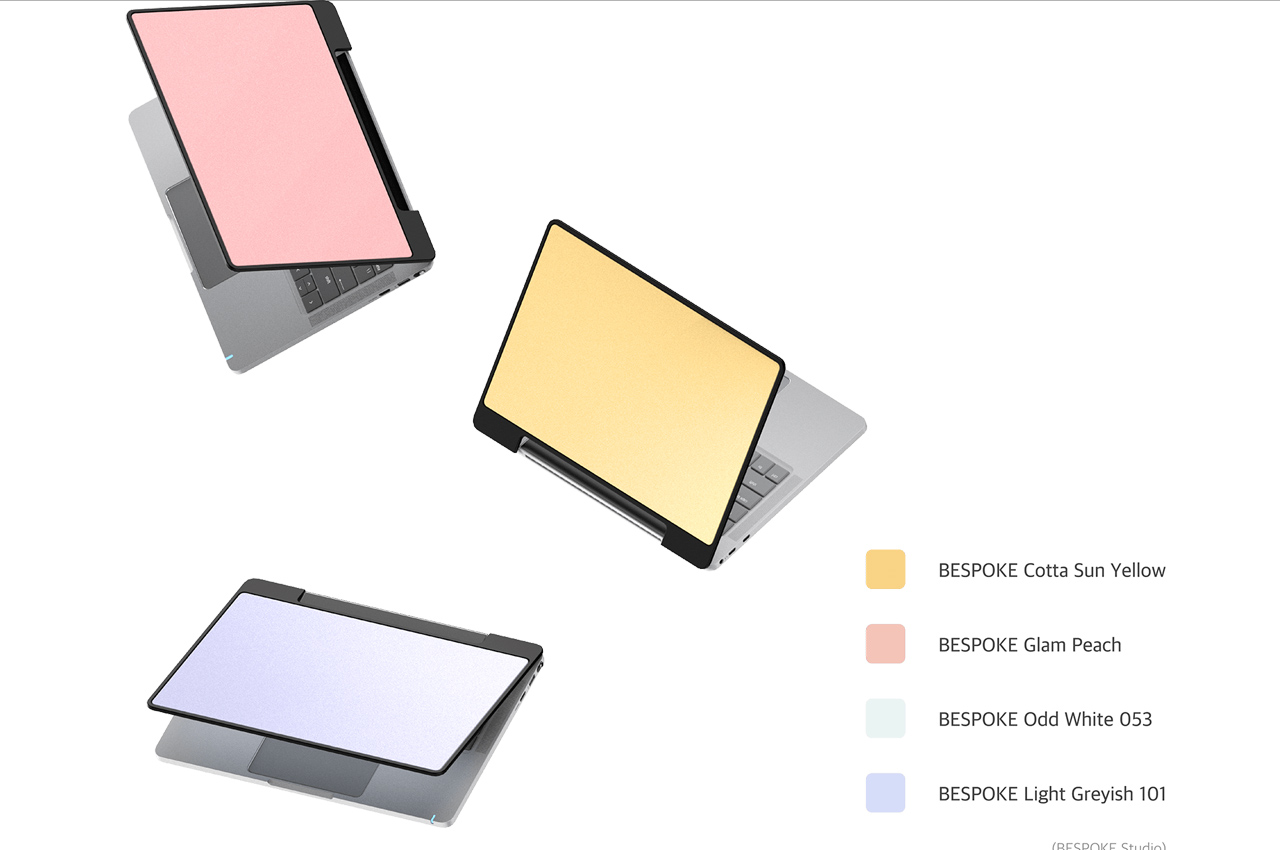 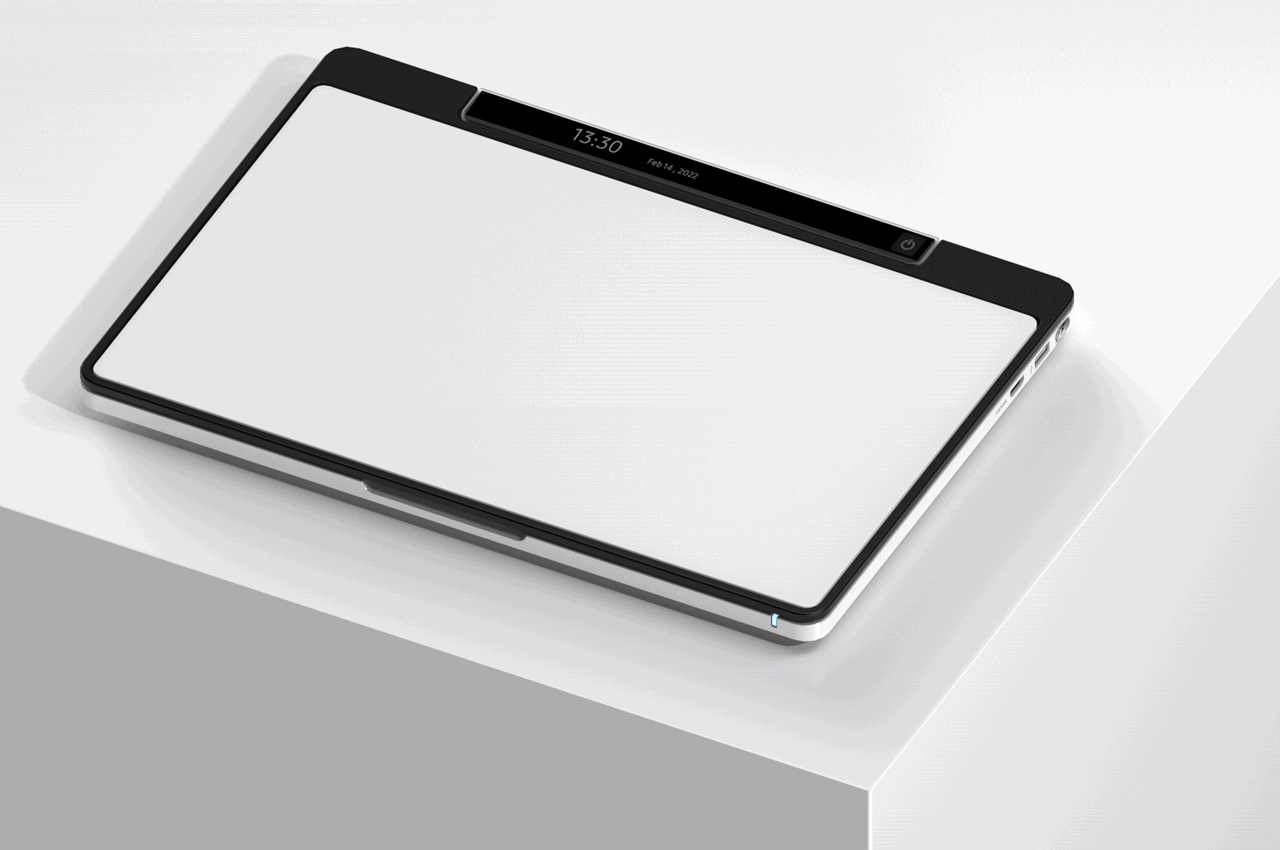 Making it slightly more Samsung friendly, the Flipbook arrives with a Bixby launch button built right into the keyboard, as a way to eliminate Windows from the equation. The panel here is complete with a nice big aluminum trackpad and two speaker grills running horizontally on either side of the keyboard. Since accidental touches on the interactive secondary display bar are a given; the designer has integrated a toggle button on the side, alongside the connectivity ports, which can lock up the display just as you can on the smartphone. 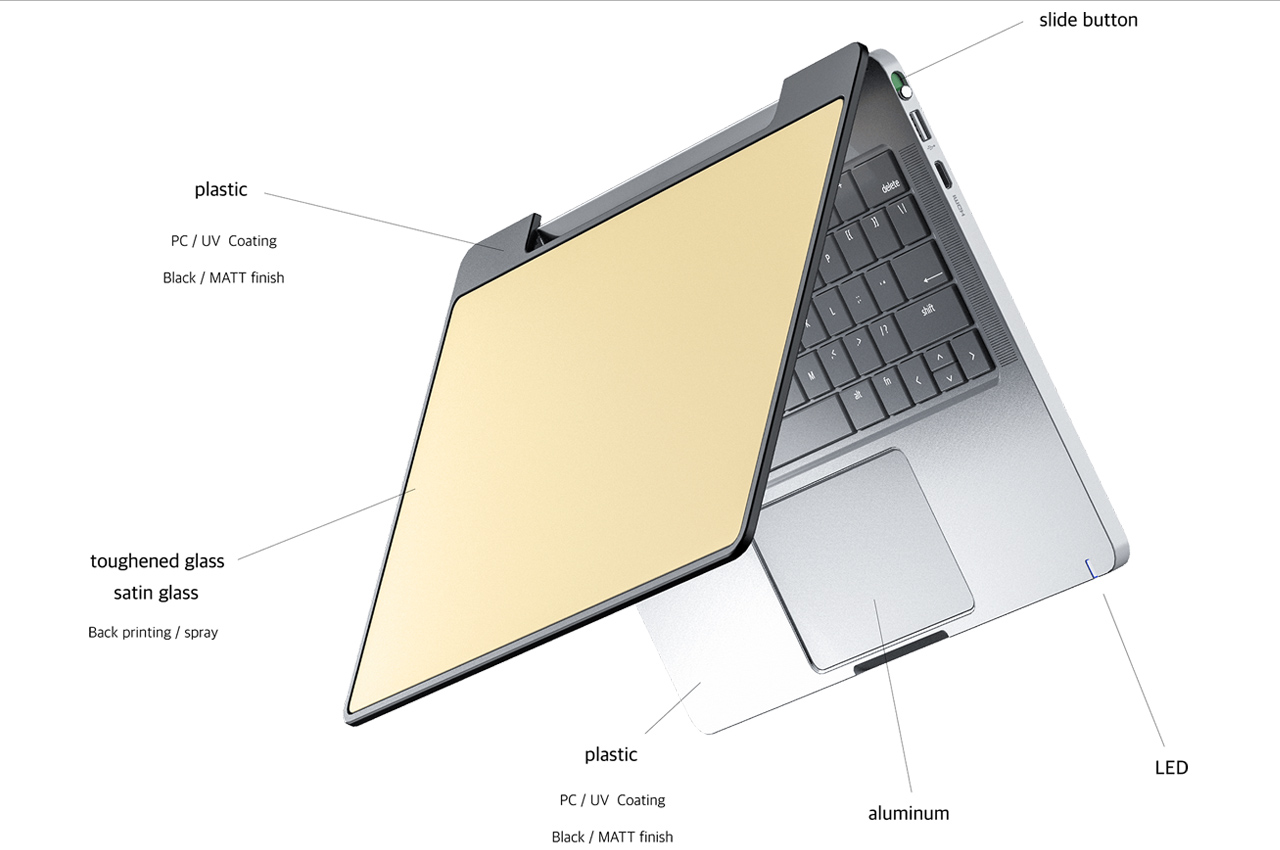 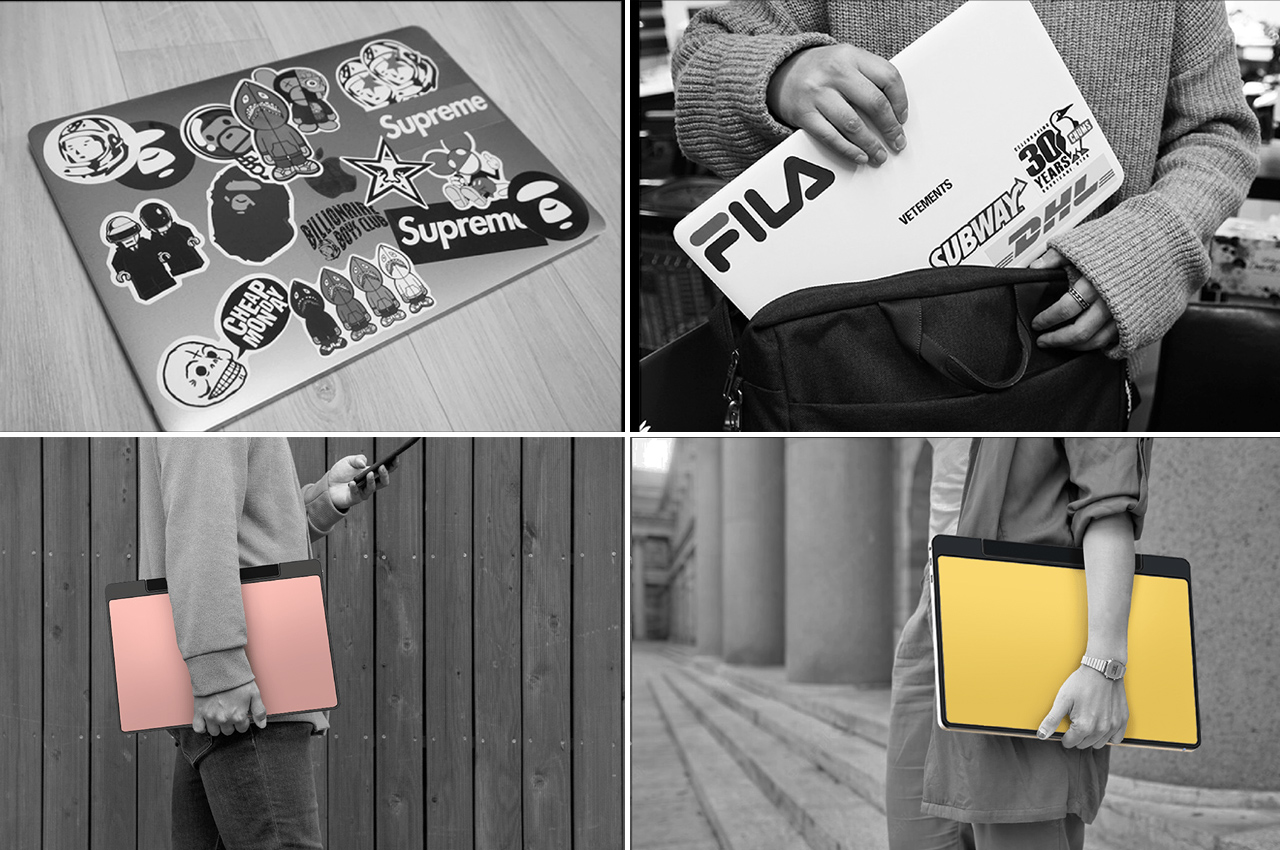 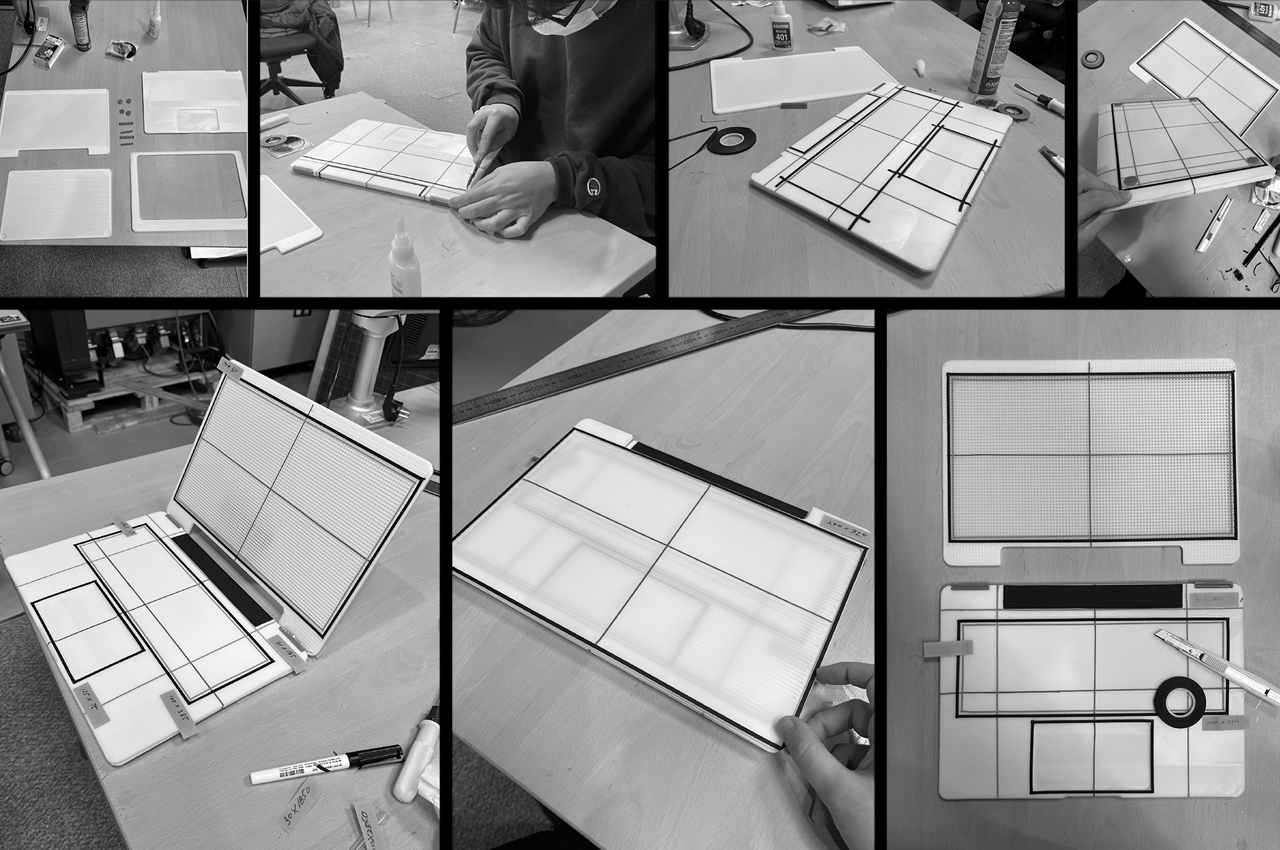 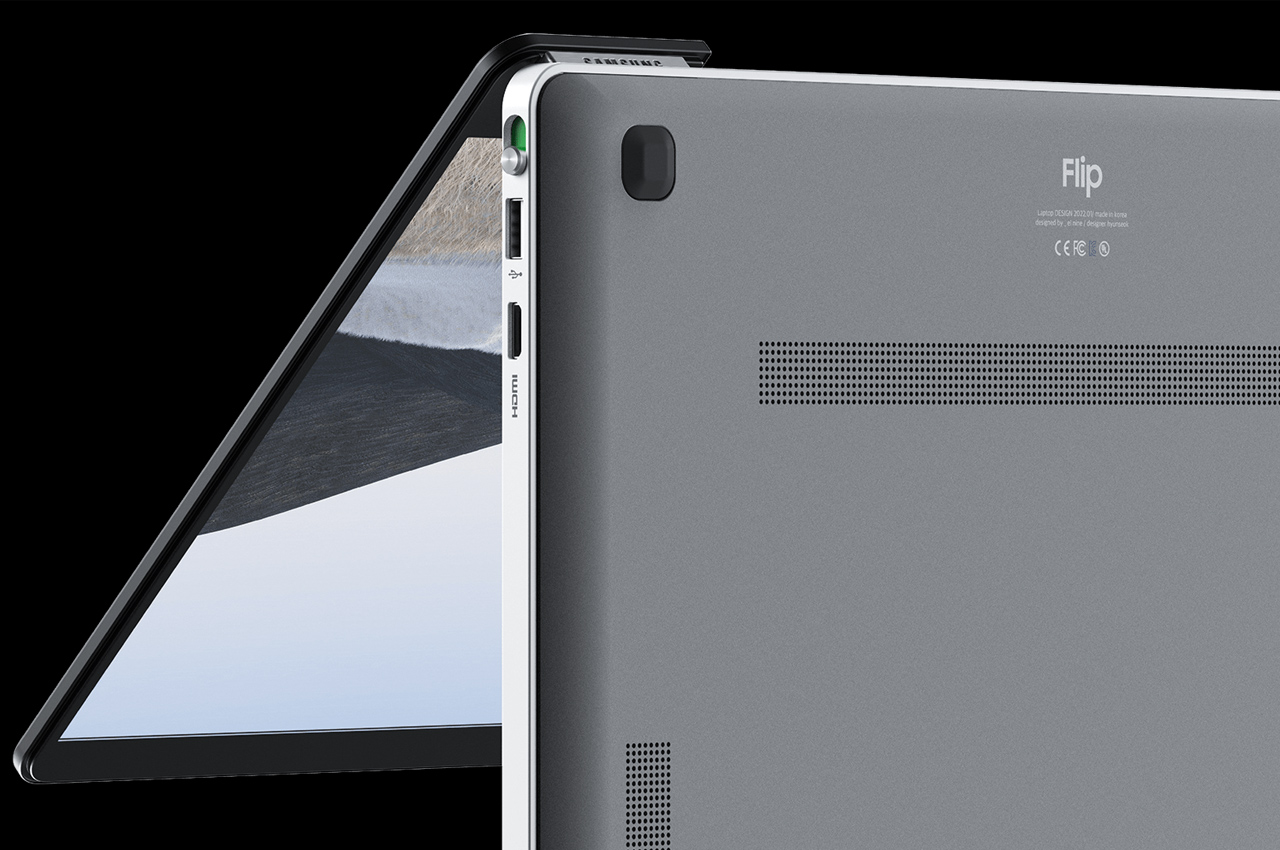 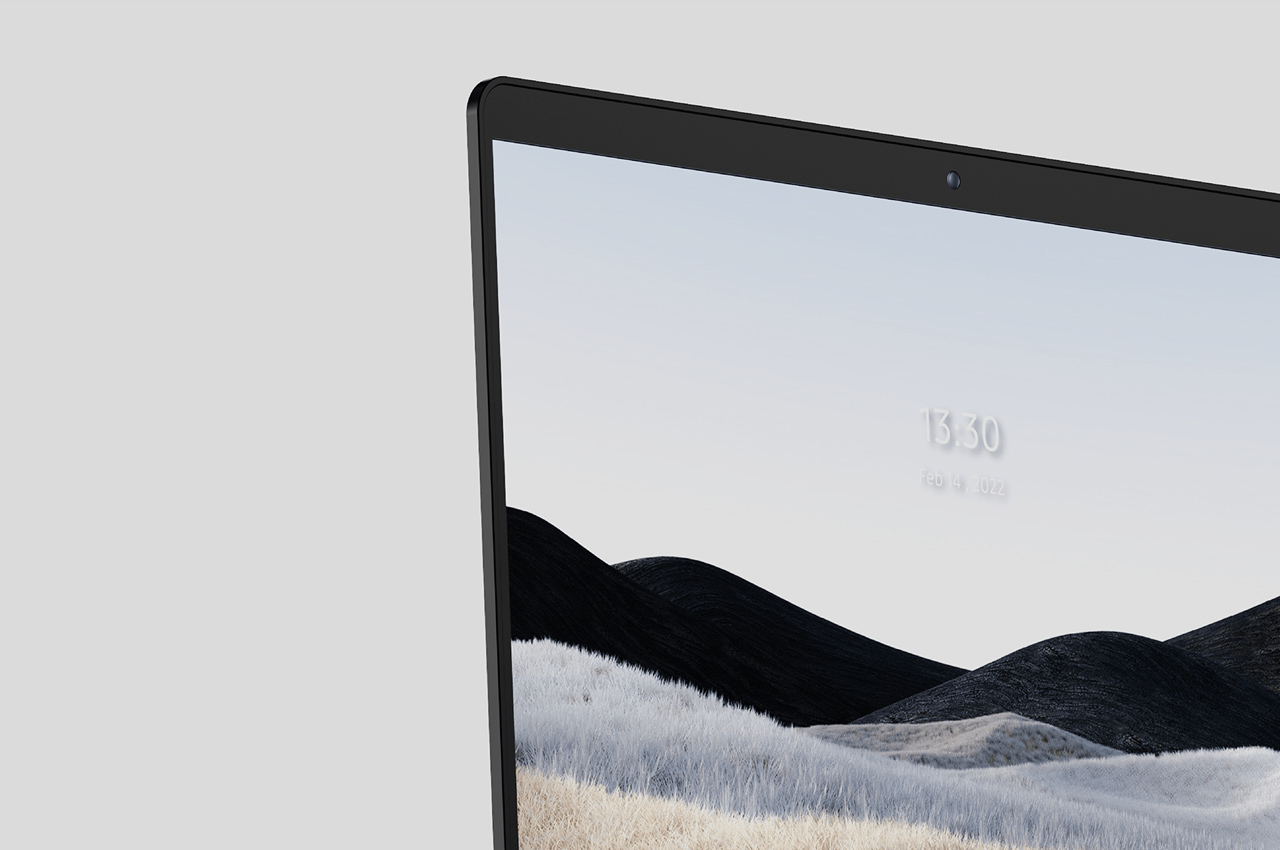 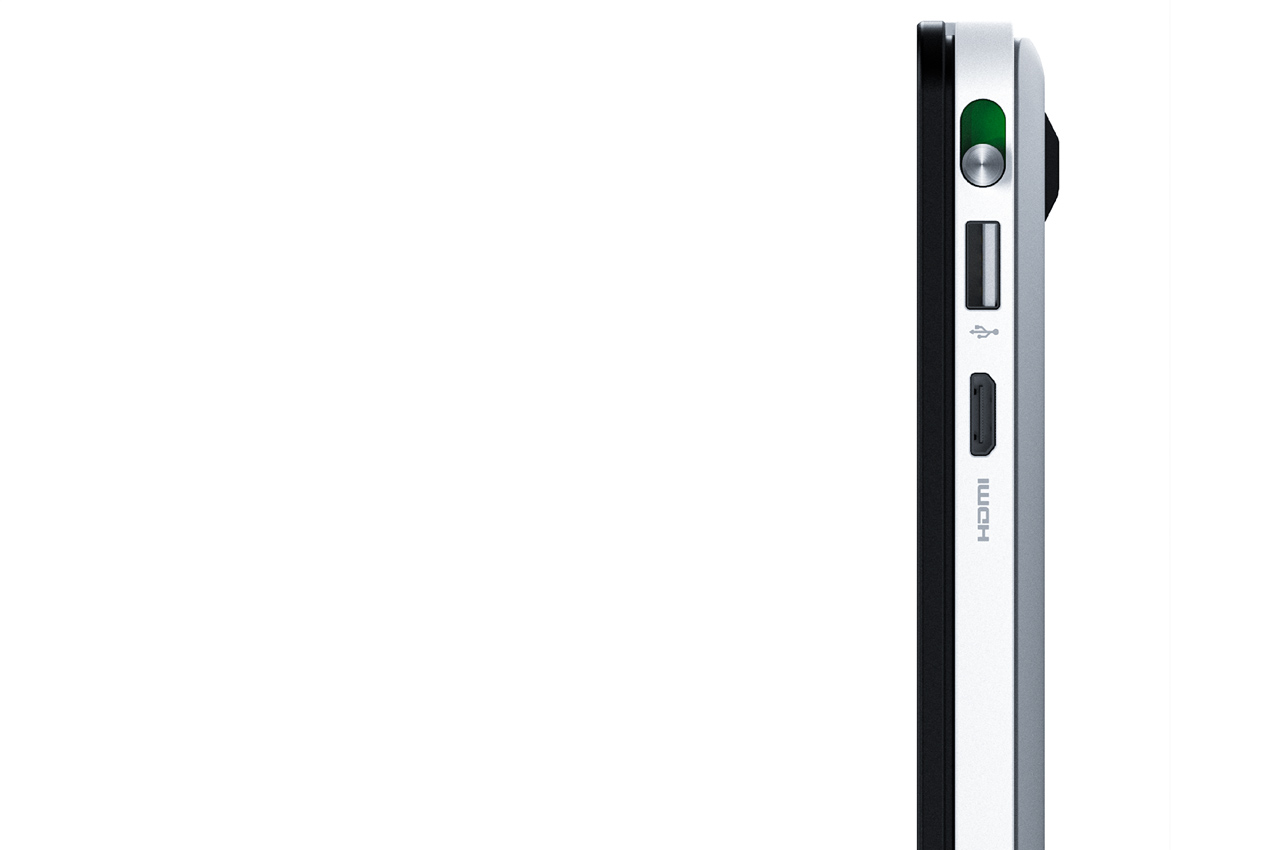 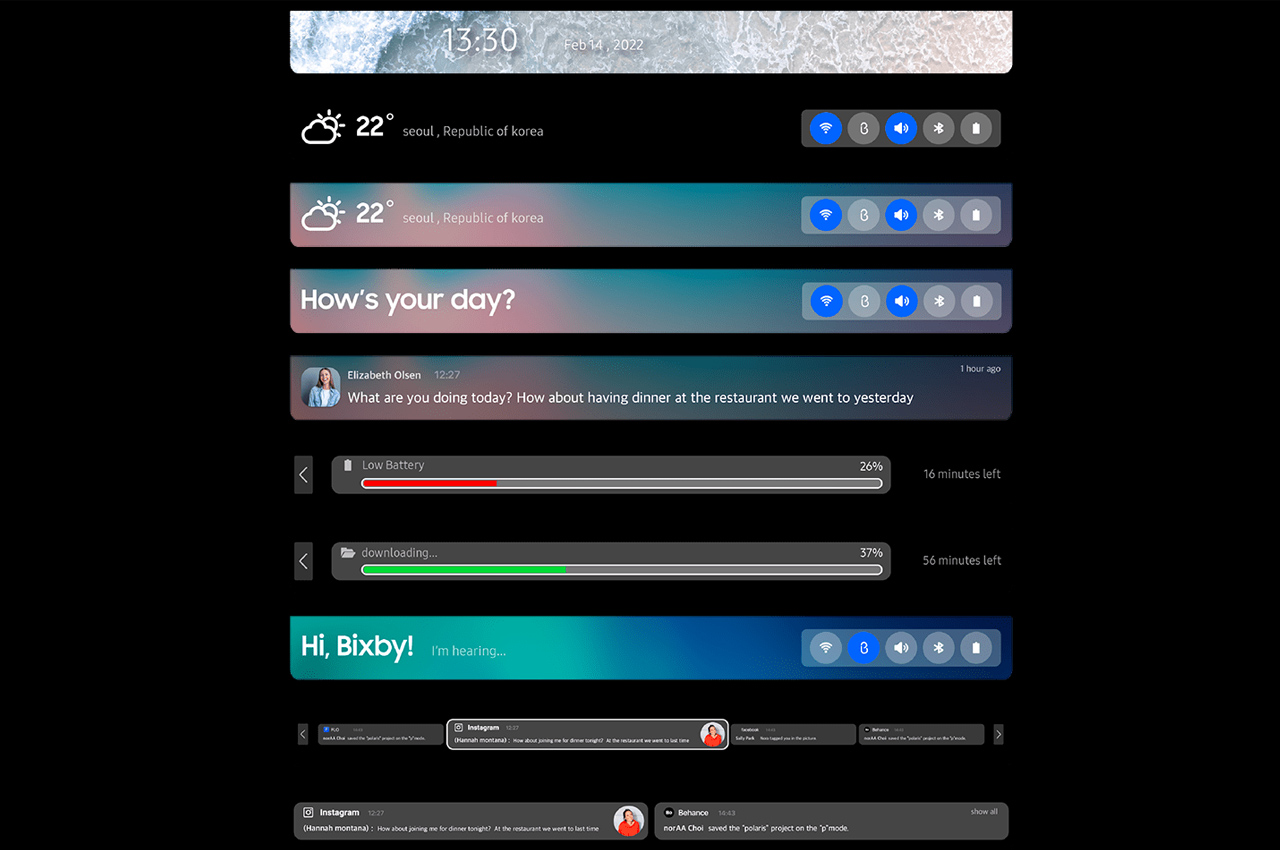 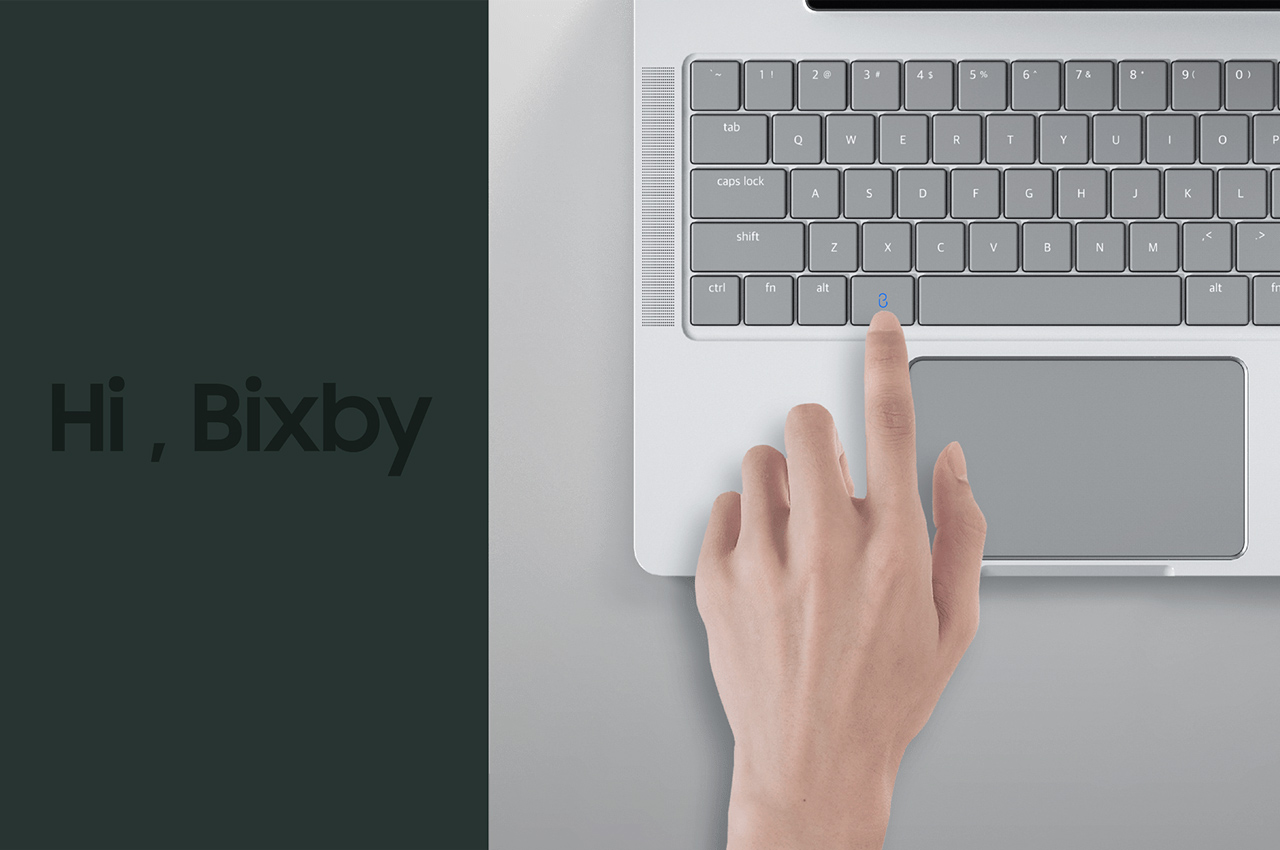 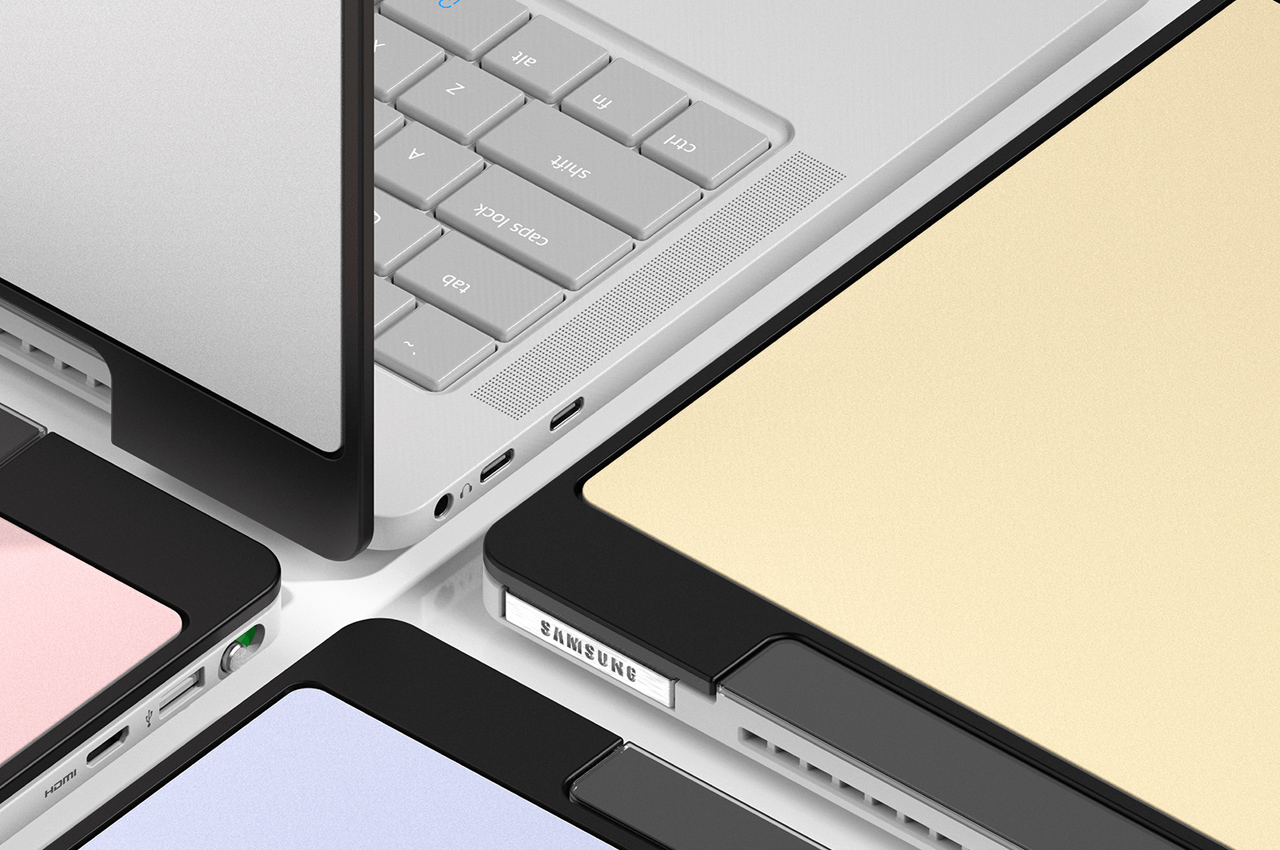 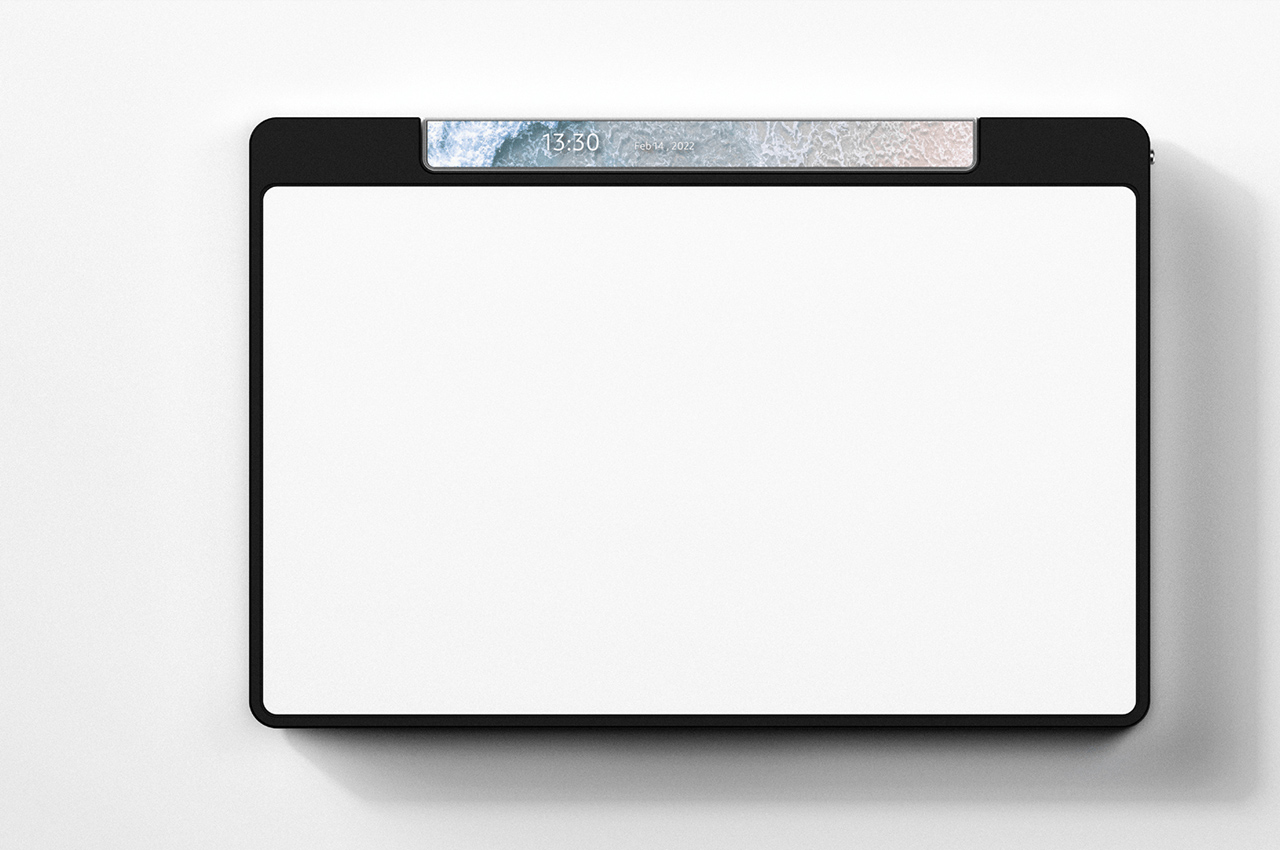 You may remember the FLECTR 360 OMNI from last year. The German Design Award and Eurobike 2018 Award-winning sticker promised to make bicycling safer without…

I truly believe the right furniture designs make or break a home! After all, furniture is an integral part of any home, it sets the…

There are so many objects that rarely see any design intervention because they “are just fine the way they are”. A designer with a keen…