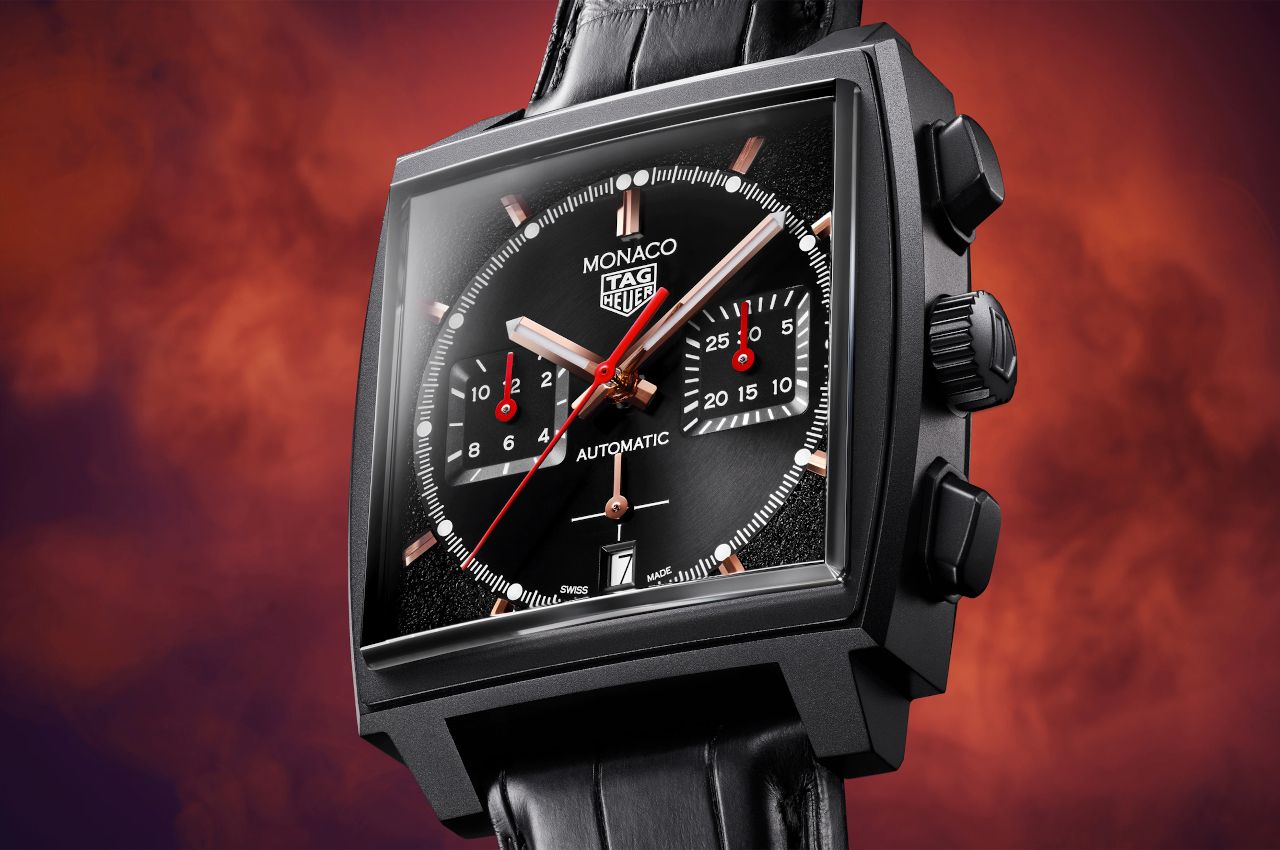 This is one Dark Lord that fans of watches and racing will be glad to see make a modern comeback.

Luxury watches are often designed to exude an air of sophistication and class. In contrast, Sports watches, especially those inspired by race cars, have a distinct character of power and speed, much like the vehicles they’re patterned after. Somewhere in the middle lies a few exceptional timepieces that have made history thanks to their unconventional design and stunning looks. The 1974 Heuer Monaco “Dark Lord” is one such hot item, projecting an ominous and fierce visage back in the days when watches looked more luxurious and tame. To mark the end of the 2022 Monaco Grand Prix, TAG Heuer is reviving the Dark Lord, bringing the iconic look to the modern age with a few embellishments that easily sets it apart from the last time it set foot in this mortal realm. 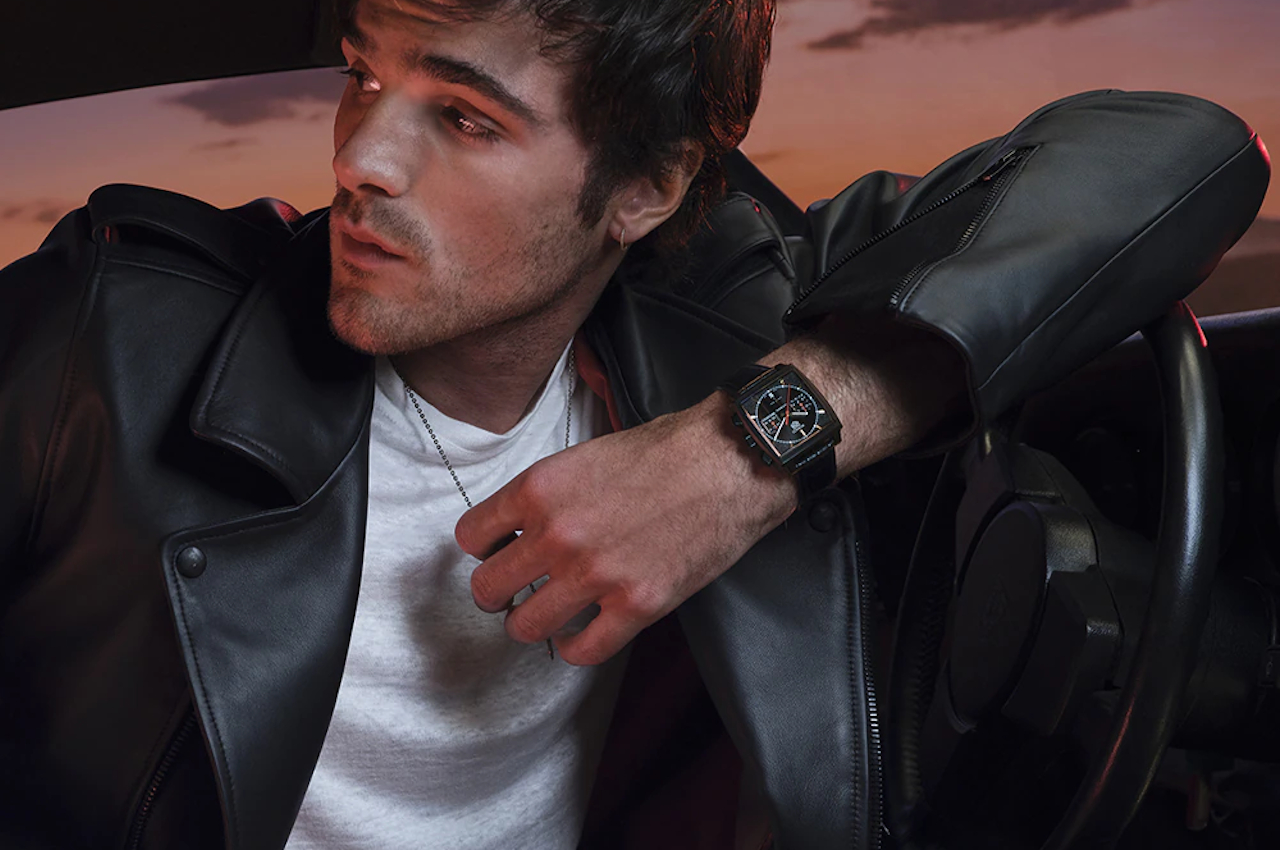 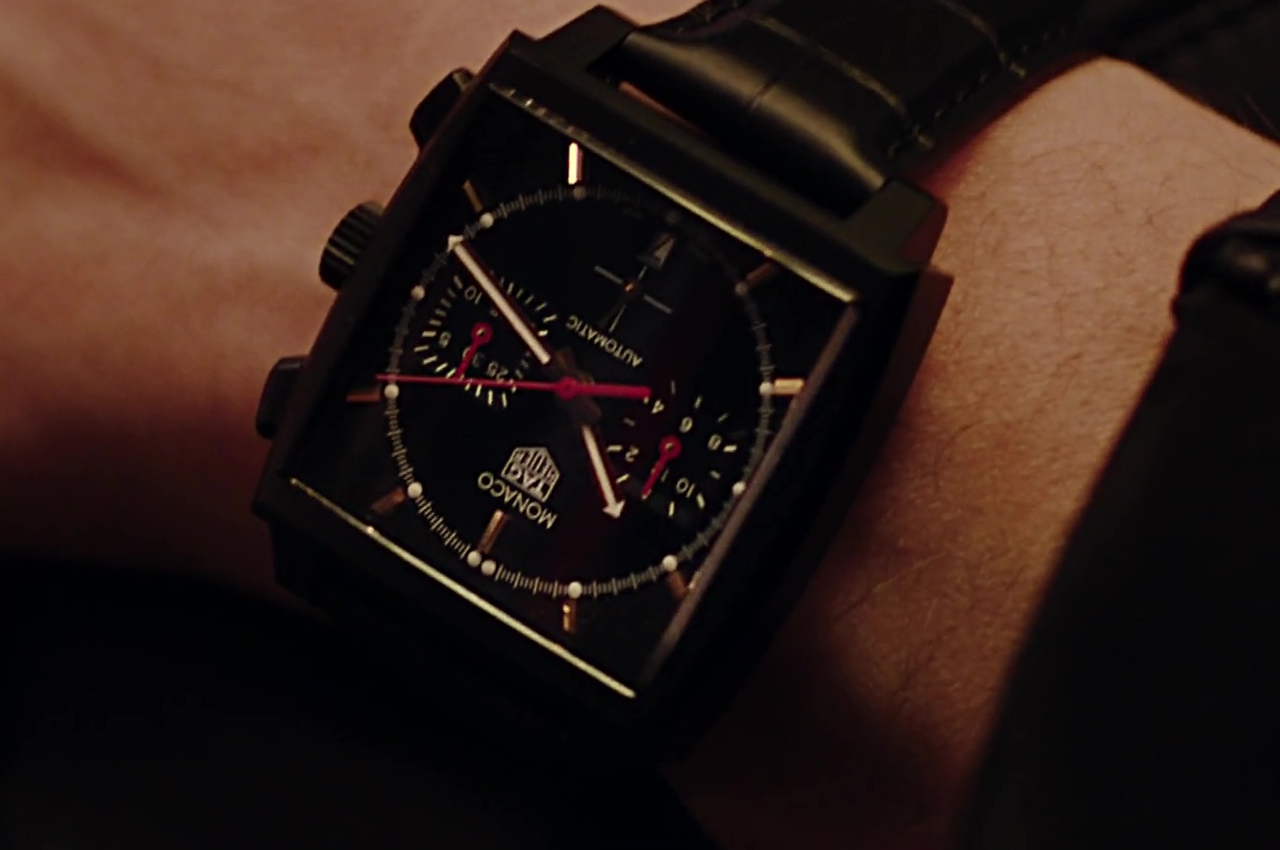 The Monaco “Dark Lord” and its square body was already head-turners back in the days, becoming associated forever with motor racing. Its mostly black motif and devilishly handsome looks were also outliers during that era, cementing its position as one of the brand’s most iconic designs. Nearly half a century later, TAG Heuer saw it fit to bring the Monaco back into fashion, but rather than a simple revival, the luxury marque gives the Dark Lord a more modern appearance that, somewhat ironically, also gives it a less menacing face. 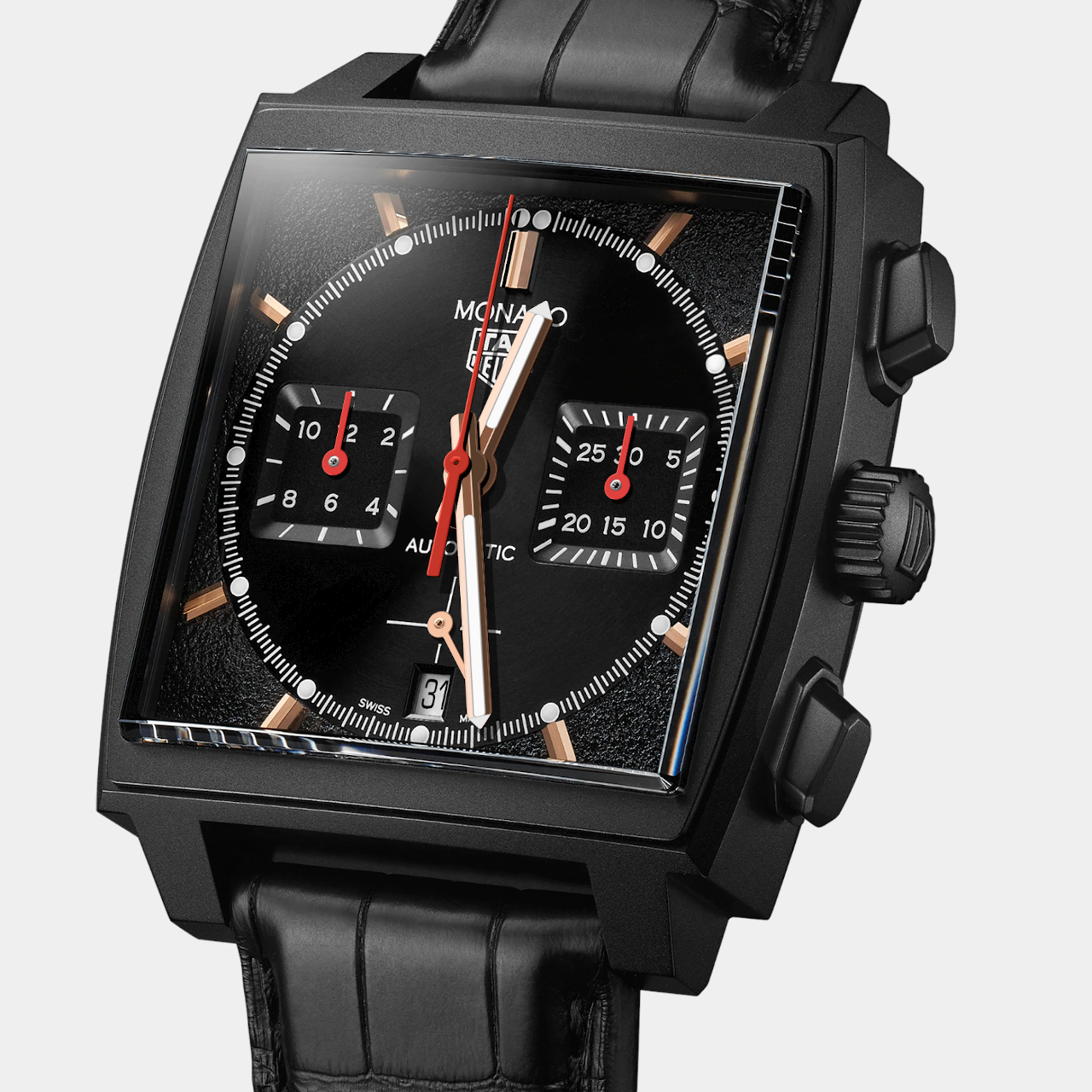 In a way, this 2022 Monaco is darker and blacker than before, encased in a sandblasted matte black DLC-coated Grade 2 Titanium body. Unlike its predecessor, however, the finishing extends to the crown, which still bears the TAG Heuer insignia, as well as to the two wedge-shaped buttons that flank it. A matte black alligator leather strap and matching black DLC titanium folding clasps complete the watch’s brooding facade. 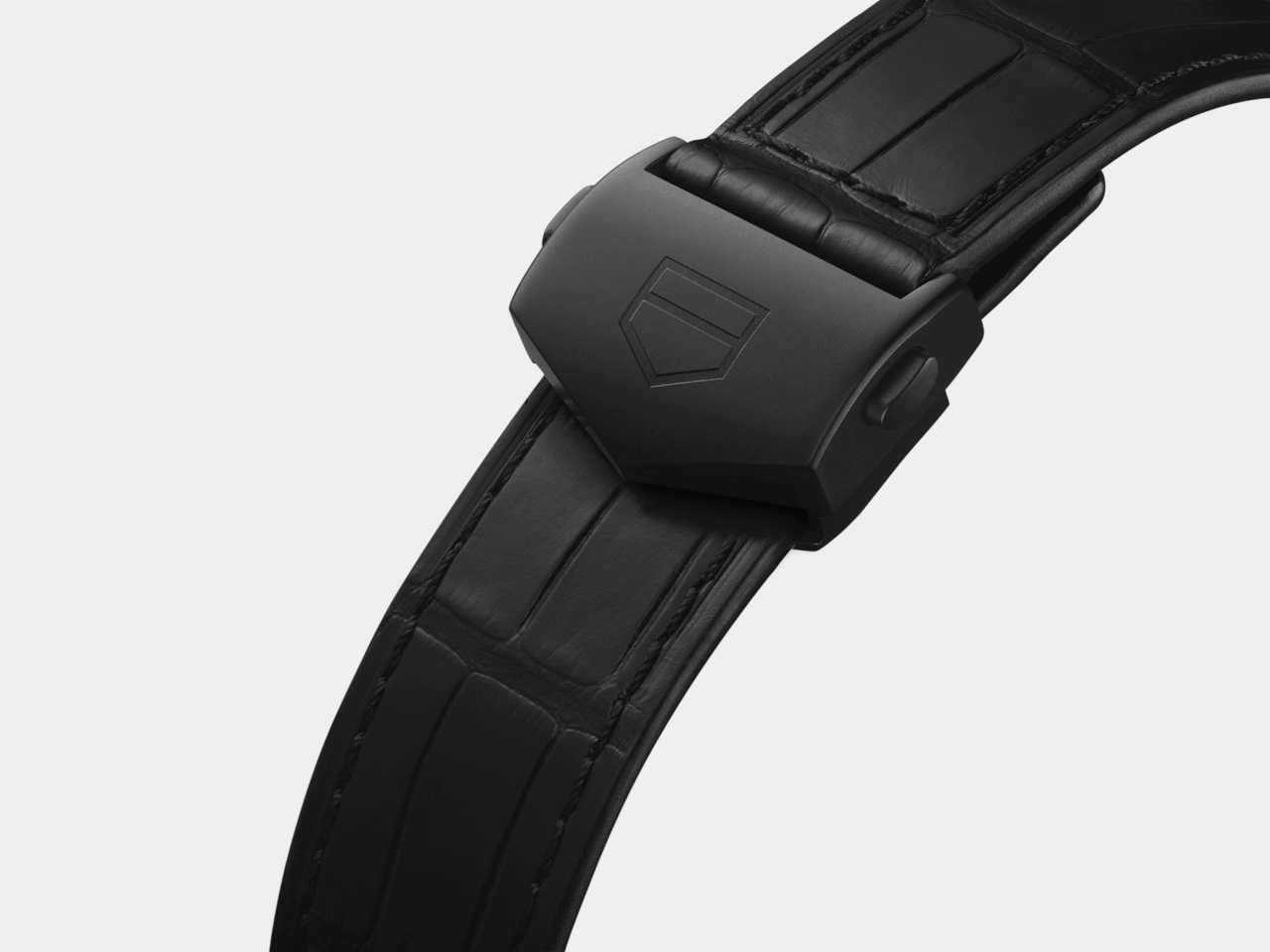 Contrasting with this dark but dashing theme and providing a pinch of comforting color, TAG Heuer opted to use 5N rose gold plated handsets that stand out against the pitch-black main dial surface. The faceted indices share the same material and, unlike the 1974 Monaco, radiate outward rather than pointing inward. Together with the square chronograph and small-seconds subdial, this creates a more welcoming face, almost like an icon of the sun, which seems diametrically opposed to the watch’s “Dark Lord” moniker. 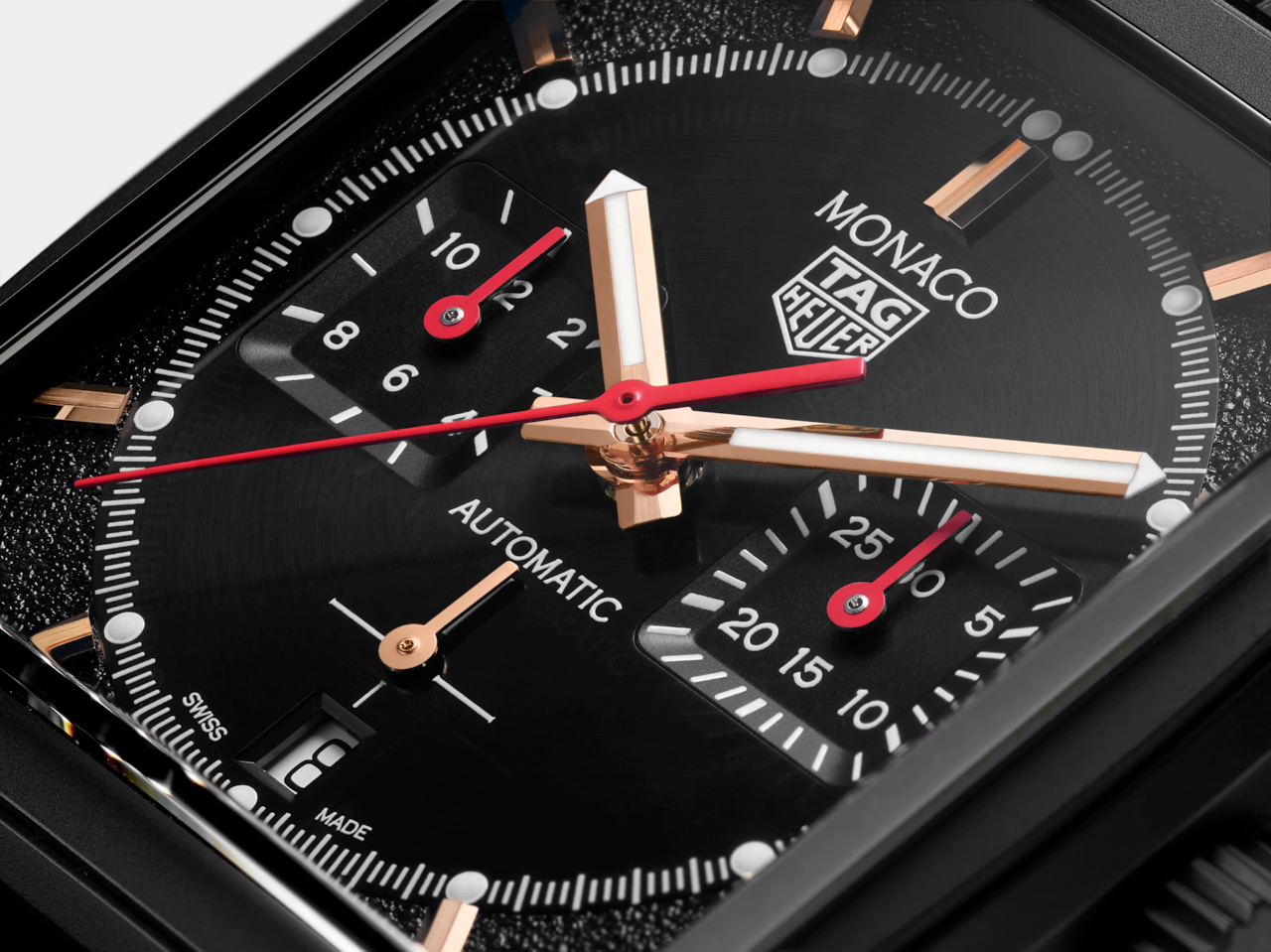 Flipping the watch over reveals even more of these contrasting design elements. The sapphire display window on the caseback reveals what makes the watch tick, TAG Heuer’s Calibre Heuer 02 Automatic chronograph movement. Highlighting this mechanism is the 5N rose gold signature wheel, which contrasts with the rest of the movement’s more mundane finish. Despite that window, the watch retains its 100-meter water resistance. 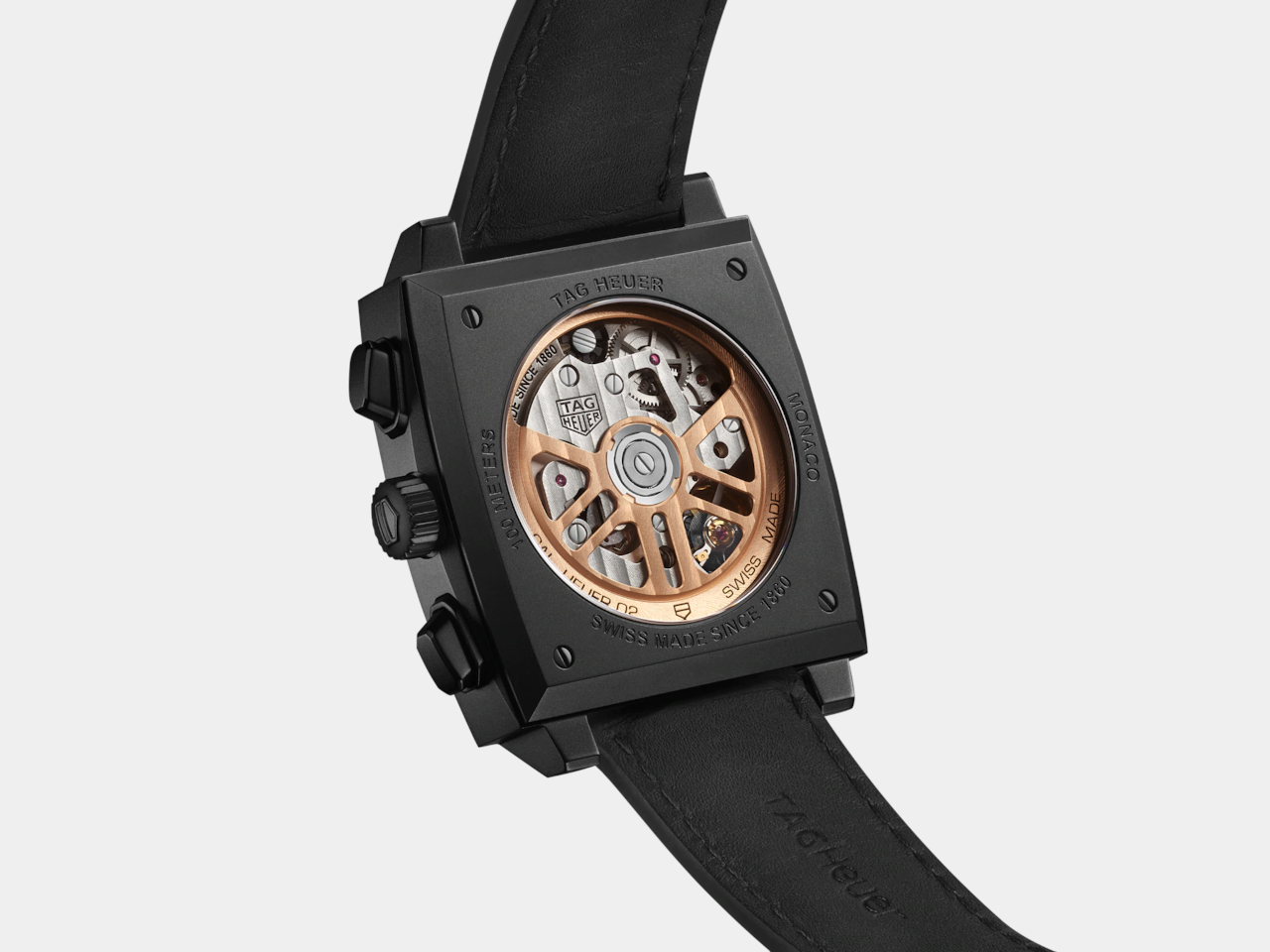 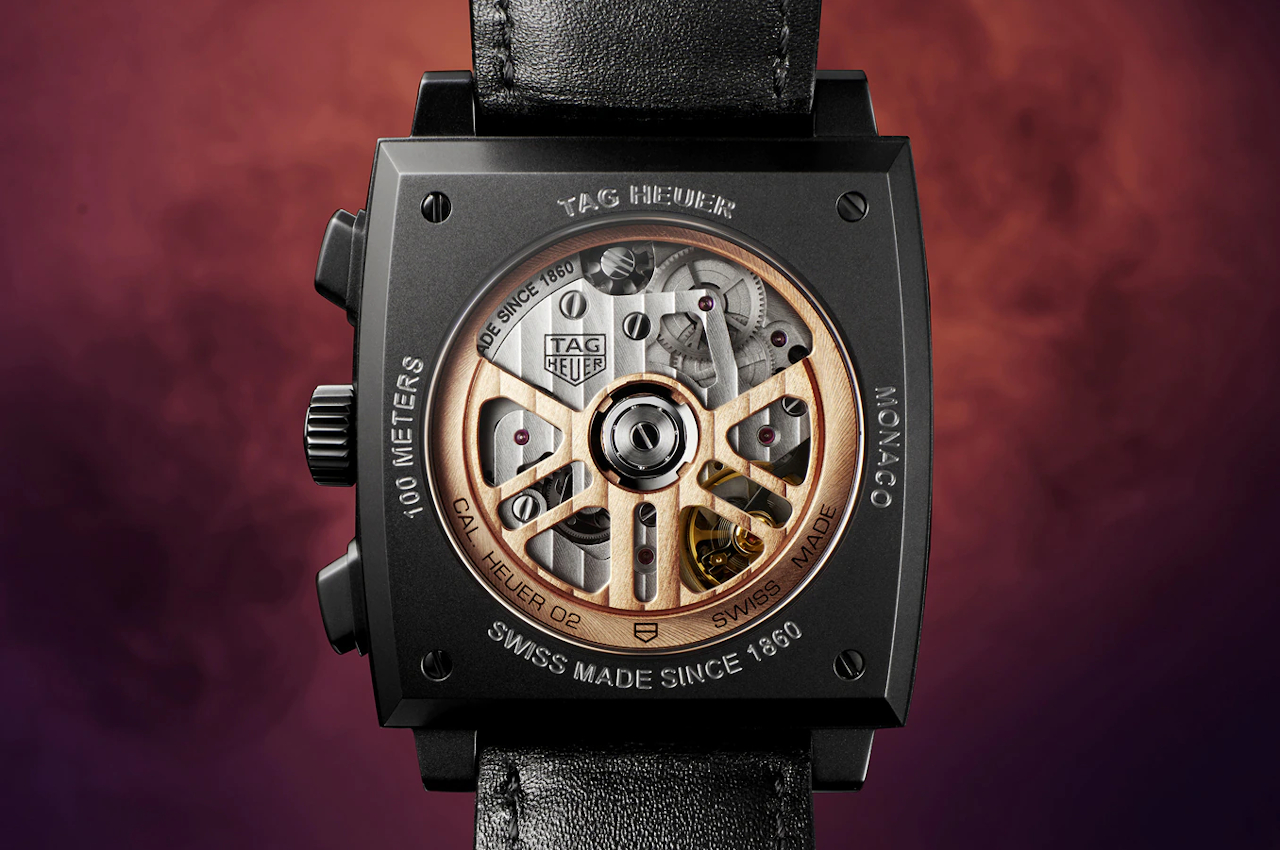 The TAG Heuer Monaco “Dark Lord” is a blast from the past, bringing back a moody yet striking design while adding a few elements of luxury more fitting a 2022 model. It doesn’t deviate significantly from the original in terms of broad strokes, but where it differs, TAG Heuer’s changes might invite a bit of discontent from long-time fans of the design. Thanks to the limitations of its period, the 1974 Monaco was available in very limited supply, but there doesn’t seem to be such restrictions with the new Dark Lord this time around. Presuming, of course, you have the funds to afford its unsurprisingly steep price. 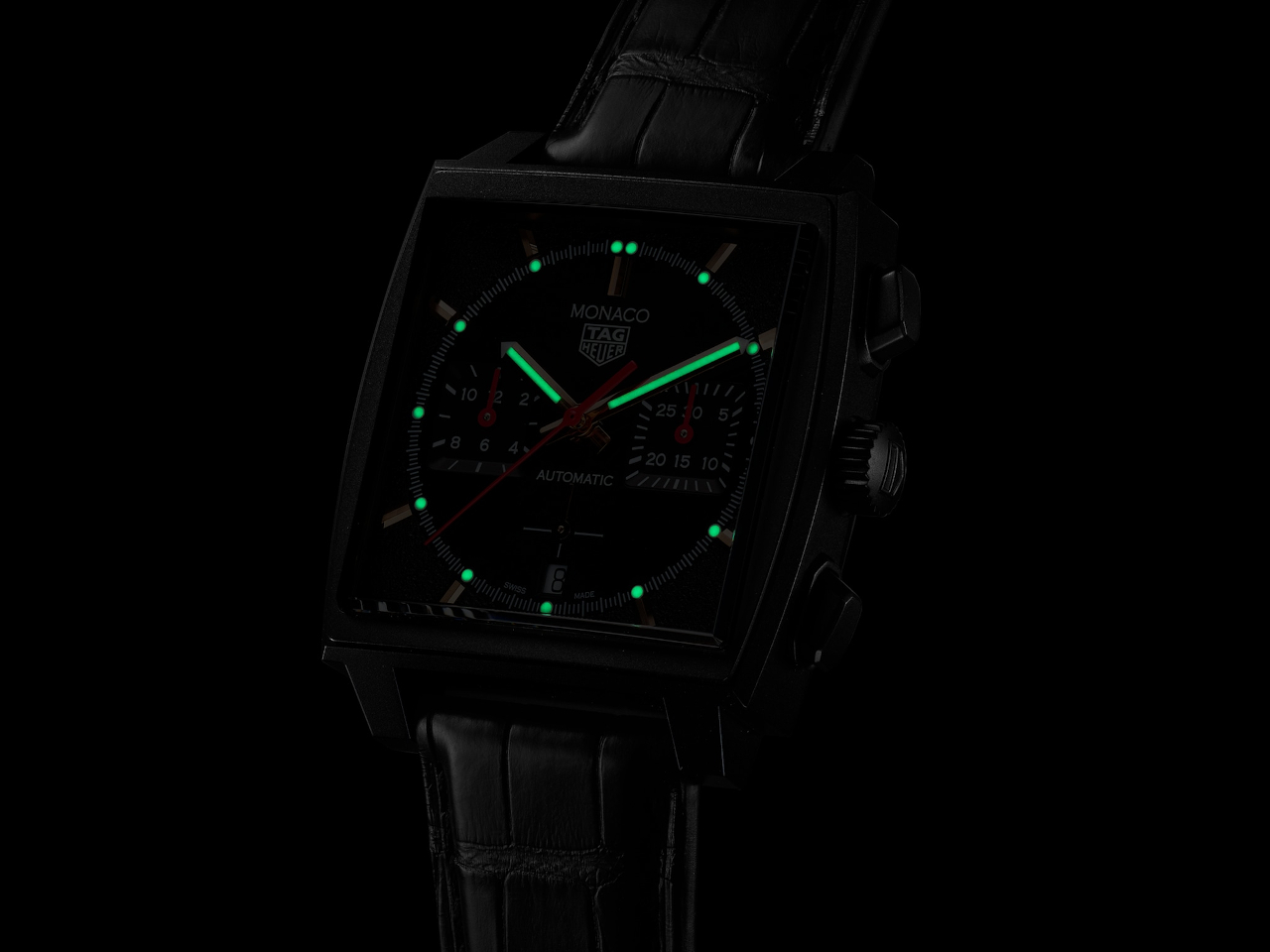 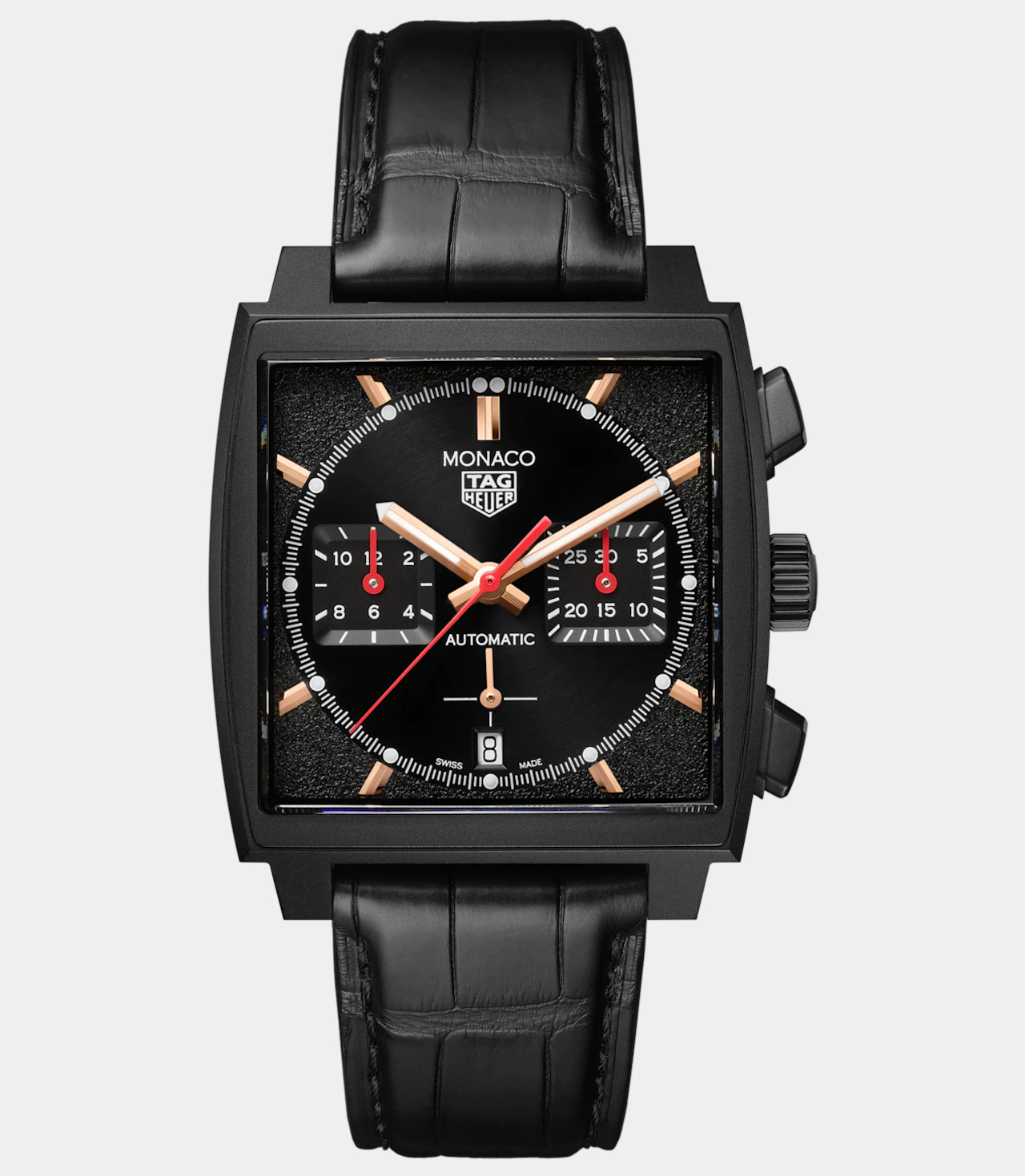 Live in the moment, they say. The Pie Watch takes that phrase seriously, with a watch face that displays just a fraction of time! The…

A Pair of NINJA for Your Feet

UPDATE: Preorders Open Till July 18th, 2014 The thing about shoes is that you want them to be light, comfortable, fashionable and durable. Look down…

Looking sort of like something that would come from the mind of a Dyson design team, the Ranvoo Garment Steamer comes with a design that’s…

Bell & Ross is a name known for luxury timepieces. Every piece is highly sought-after because of its uniqueness. We have already seen watches with…