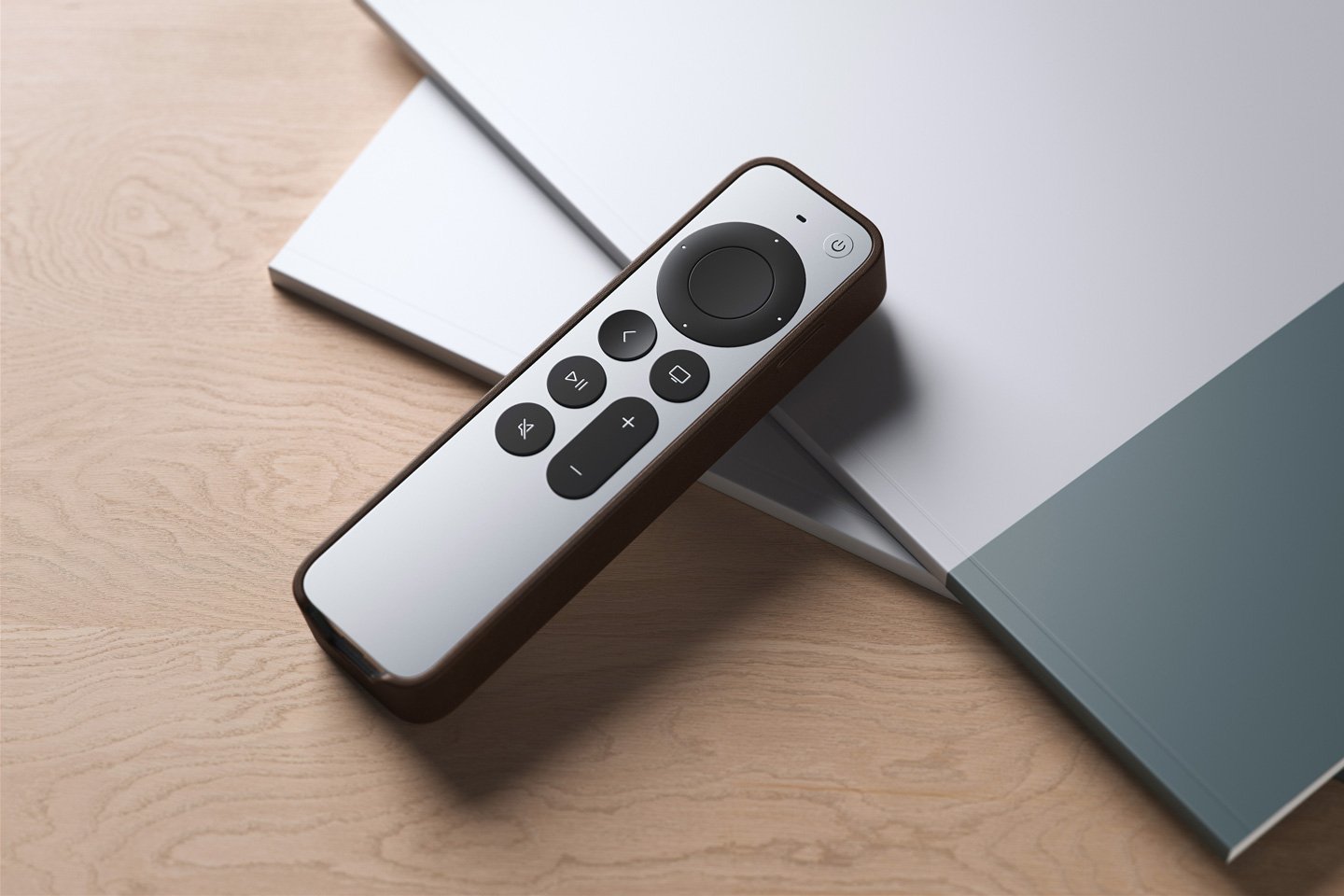 In what seems like a rather cruel joke, Apple unveiled the AirTag at the same time as they debuted their new Apple TV remote… while conveniently forgetting to build a tracking chip into the sleek remote. Apple lets you track all your devices on their Find My network – from phones to laptops, to watches and even AirPods… but the TV remote – a device that’s almost certain to get lost, misplaced, or slip into the crevasses of your sofa? Well, you better not lose it because it’s un-trackable.

Almost instantly, companies and creators began building workarounds – remote cases with dedicated slots to put an AirTag of your own. Most of them are made from plastic or silicon, and you can even 3D print your own if you want. Nomad, however, designed a case with a difference. It comes made from Horween leather, looking like something you’d put on an iPhone. Beautiful to look at and smooth to the touch, Nomad’s Leather Cover for the ‘Siri Remote’ looks a lot like something Apple should have designed in the first place… apart from actually putting a UWB tracking chip inside the remote, of course. 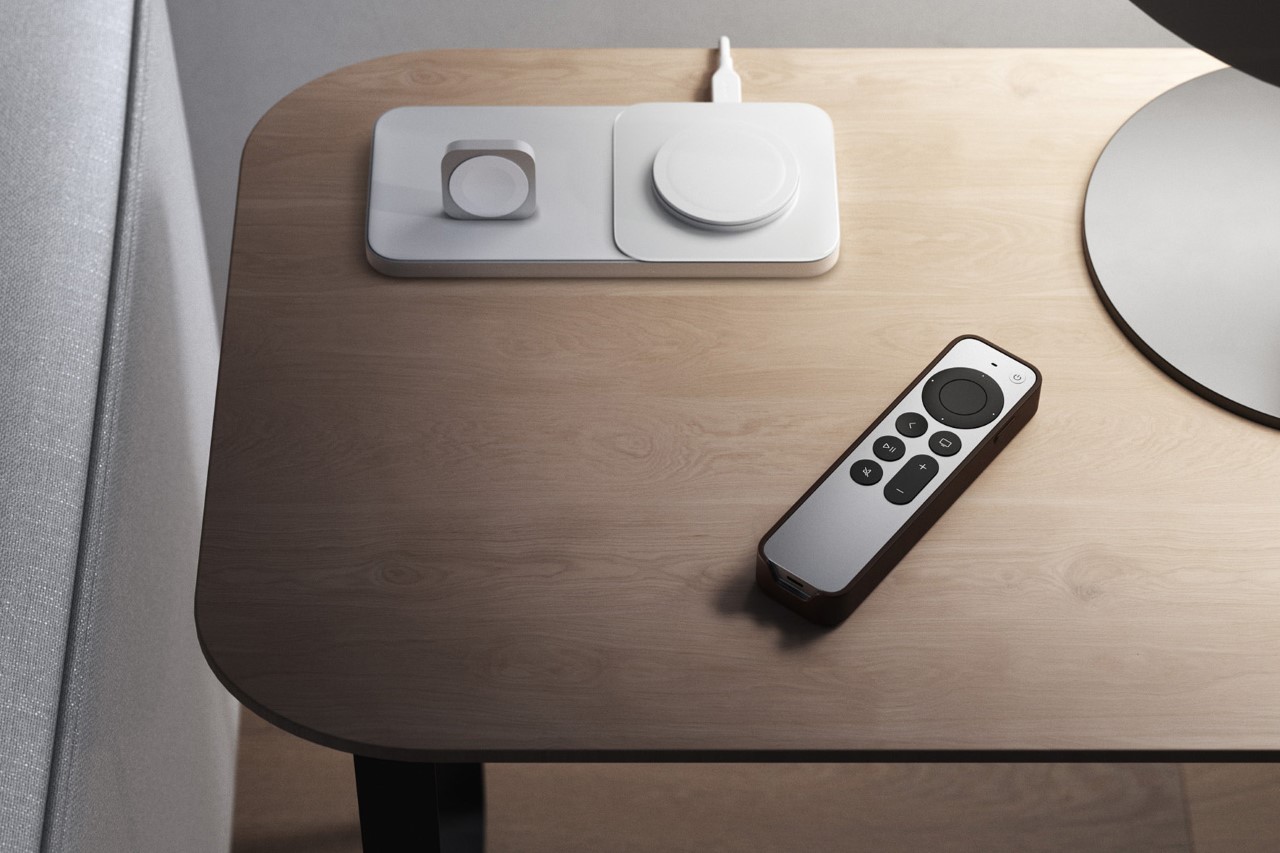 Nomad’s Leather Case is a slick-looking number that, aside from giving your Apple TV remote tracking abilities, also makes it a tad thicker so it’s actually more comfortable to hold and operate. The case forms a slim bezel around your remote, and discreetly hides an AirTag in the ‘floor space’ below. 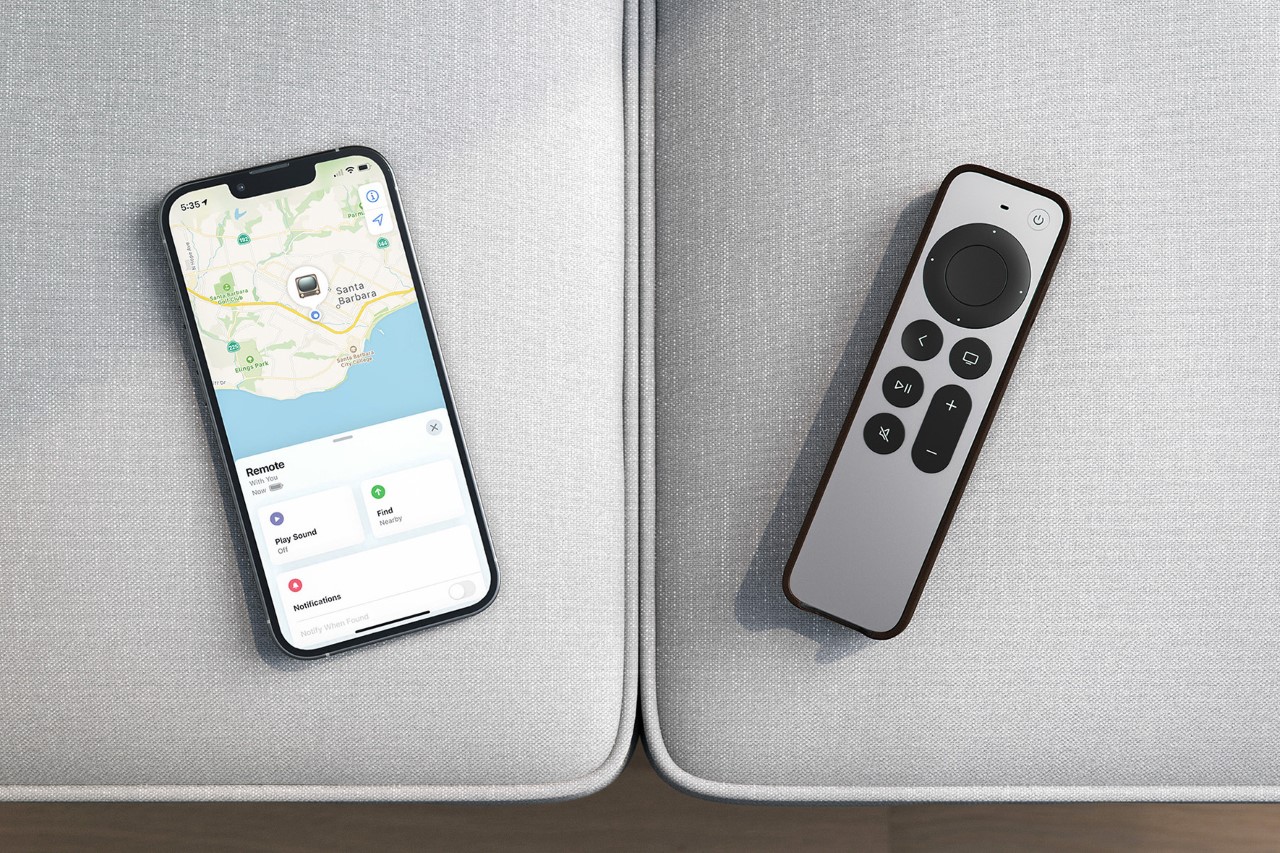 The $39.59 case comes made from Horween Leather, known for being one of the highest-quality leathers globally. The leather outer feels great against the skin (as opposed to the cold metal finish of the existing remote), while a microfiber inner layer actually protects both the remote and the AirTag from getting scratched, scuffed, or damaged. Moreover, the leather actually patinas over time, becoming more and more unique and individualistic… something that should come through pretty well because you’re probably not going to upgrade your Apple TV for at least 3-4 years. 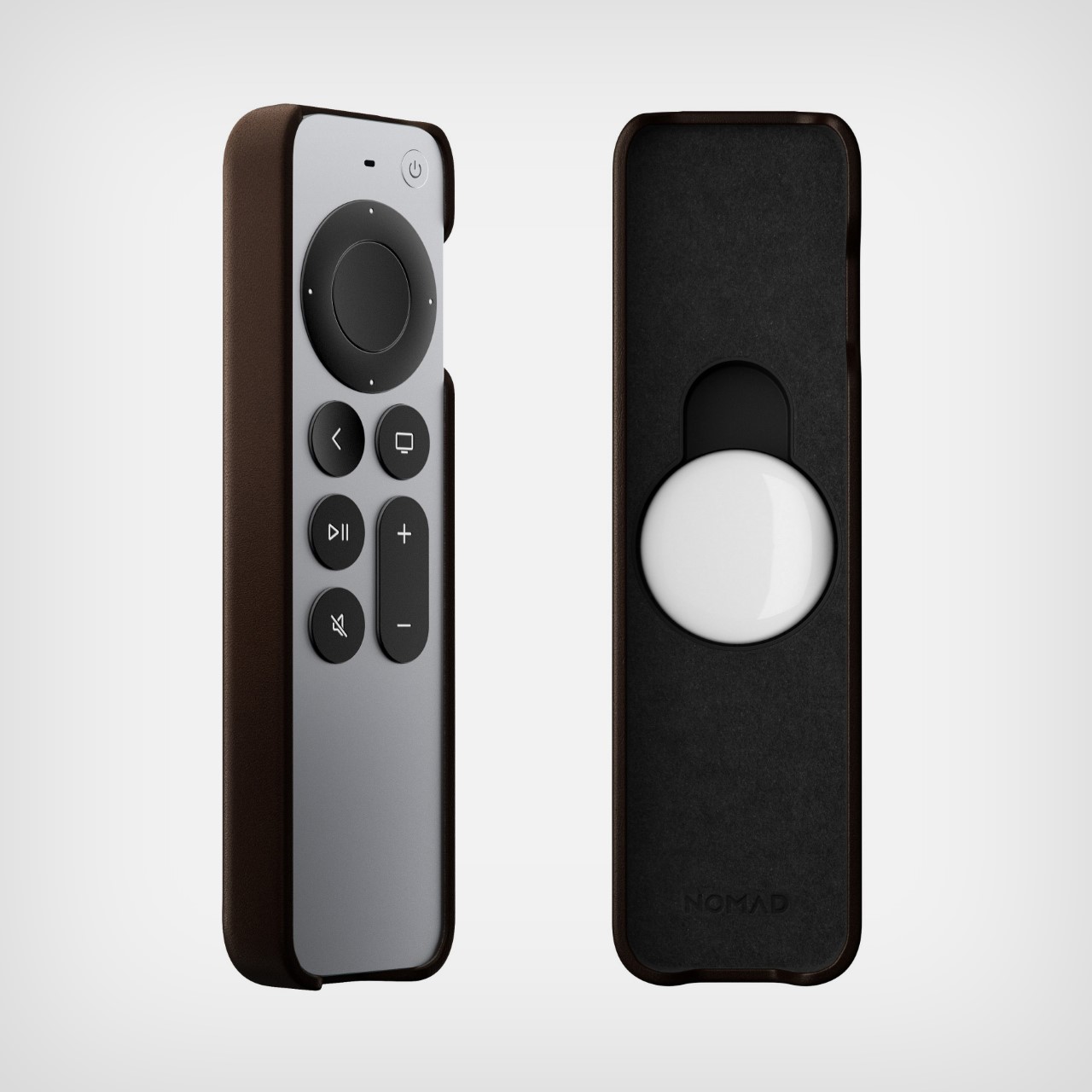 Just pop the AirTag in the case before you put in the remote, and you’re all set. The case has clearances for the IR blaster and for the charging port on the base, and you can use it just as you normally would… except now if you accidentally lose your remote, leave it in another room, or if your dog decides to run off with it, that AirTag on the back comes super handy. You can now track your remote using Apple’s Find My app. Rather handy, no? 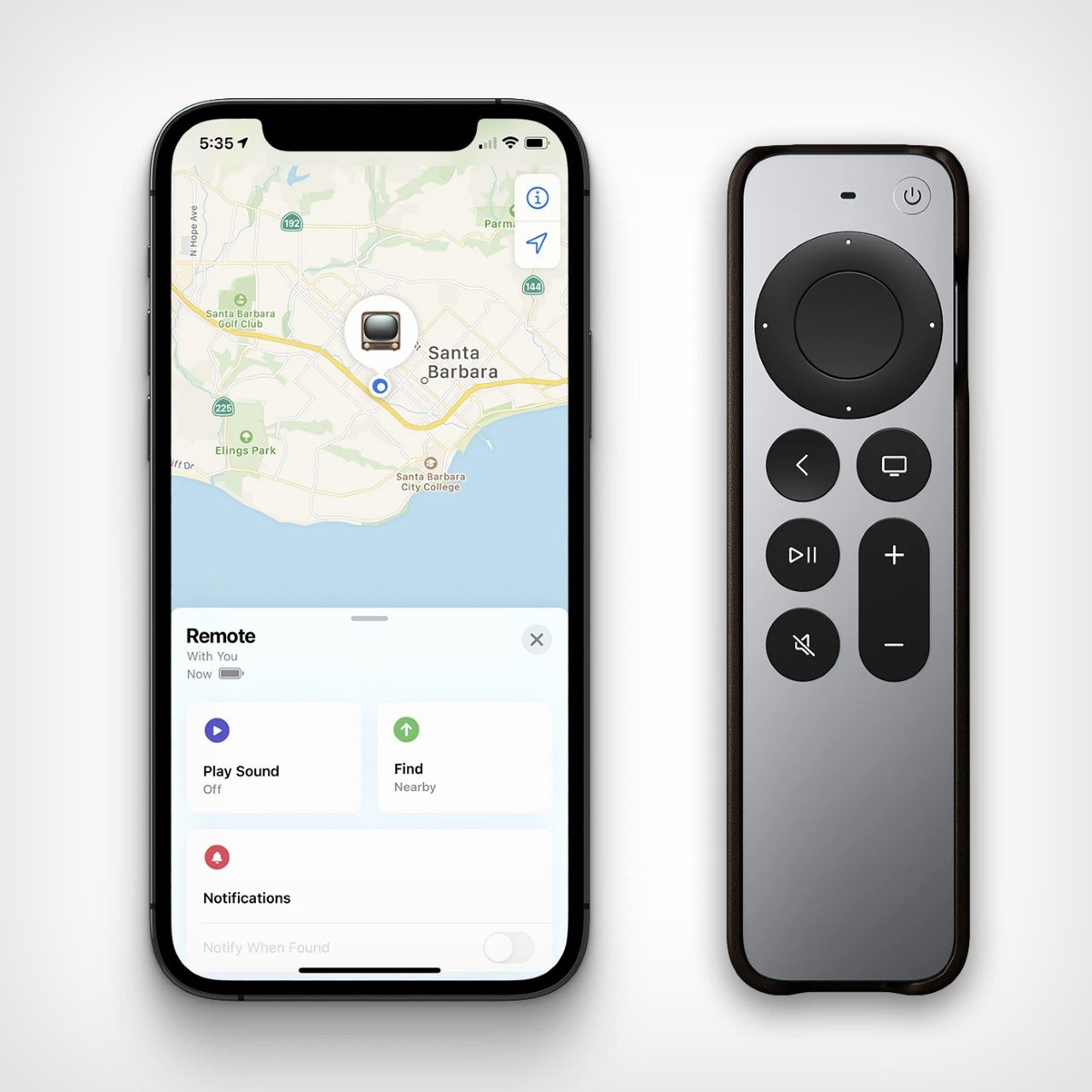 The Smart-speaker that Puts Consumer Before Brand

The FABRIQ Chorus does what the smart-speaker industry should honestly be doing. Focusing on the consumer. Taking the best bits from everywhere, the Chorus combines…

Innovative product designs to sanitize and kill viruses, ensuring your safety in the outside world!

Okay, so the world is slowly opening up, and we do find ourselves cautiously stepping out for work, to run errands, or to complete some…

This multi-lens point-and-shoot is for people who want the iPhone’s camera, but not the iPhone

Born out of necessity, according to designer Dennis Sedov, the C4 camera is for people who’d love to own a camera as versatile as the…

The need for a mouse will never go away, even with all the innovative trackpads and keyboards available. Such a mouse still has numerous advantages,…