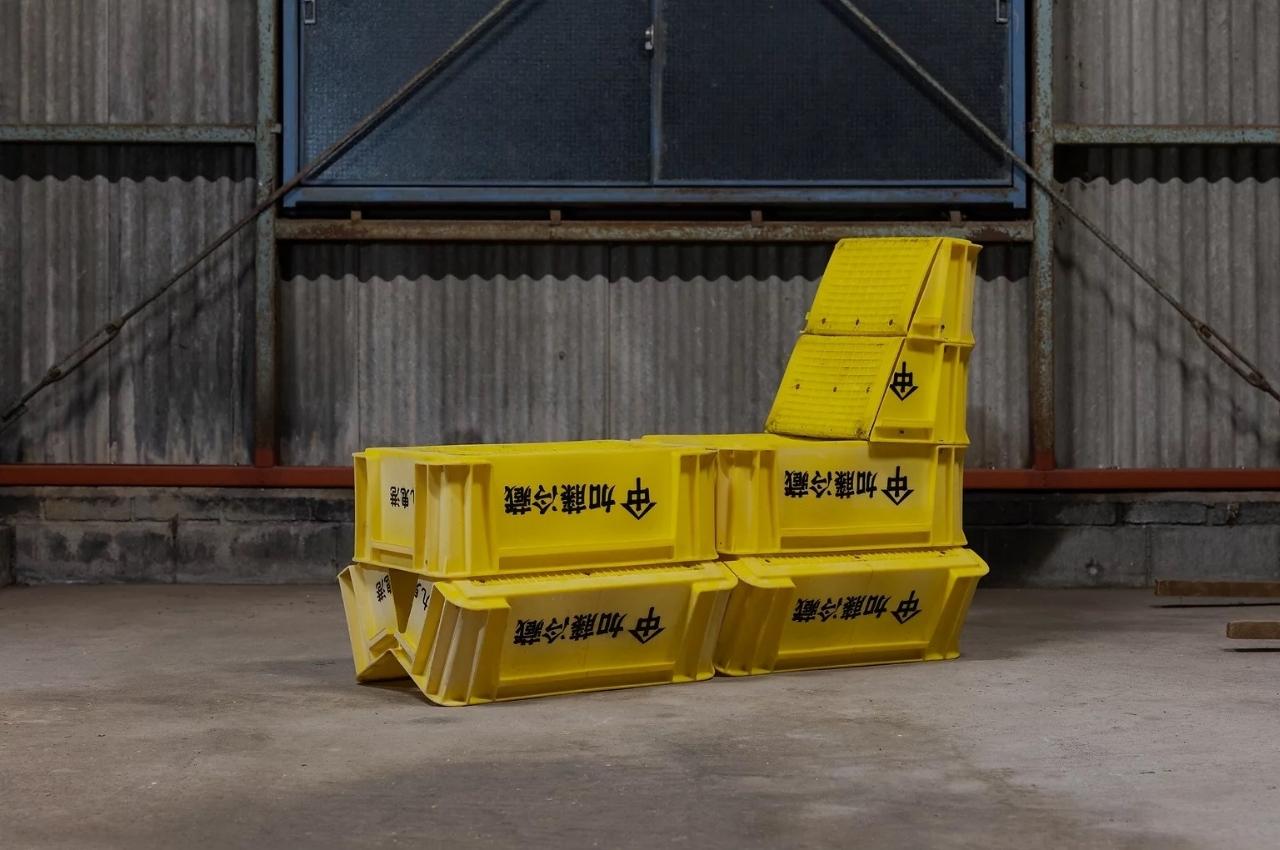 There are a lot of things out there that are not really considered trash but are also not being used or interacted with by anyone. They’re just sitting there, taking up space but not really serving any purpose. A Japanese designer found a lot of disused fishing containers, tangled fishing nets, and other materials in an abandoned warehouse in Owase, what was once a thriving fishing port area. The past decade has not been kind to the fishing industry so now all this discarded material can be turned into something useful, like furniture. 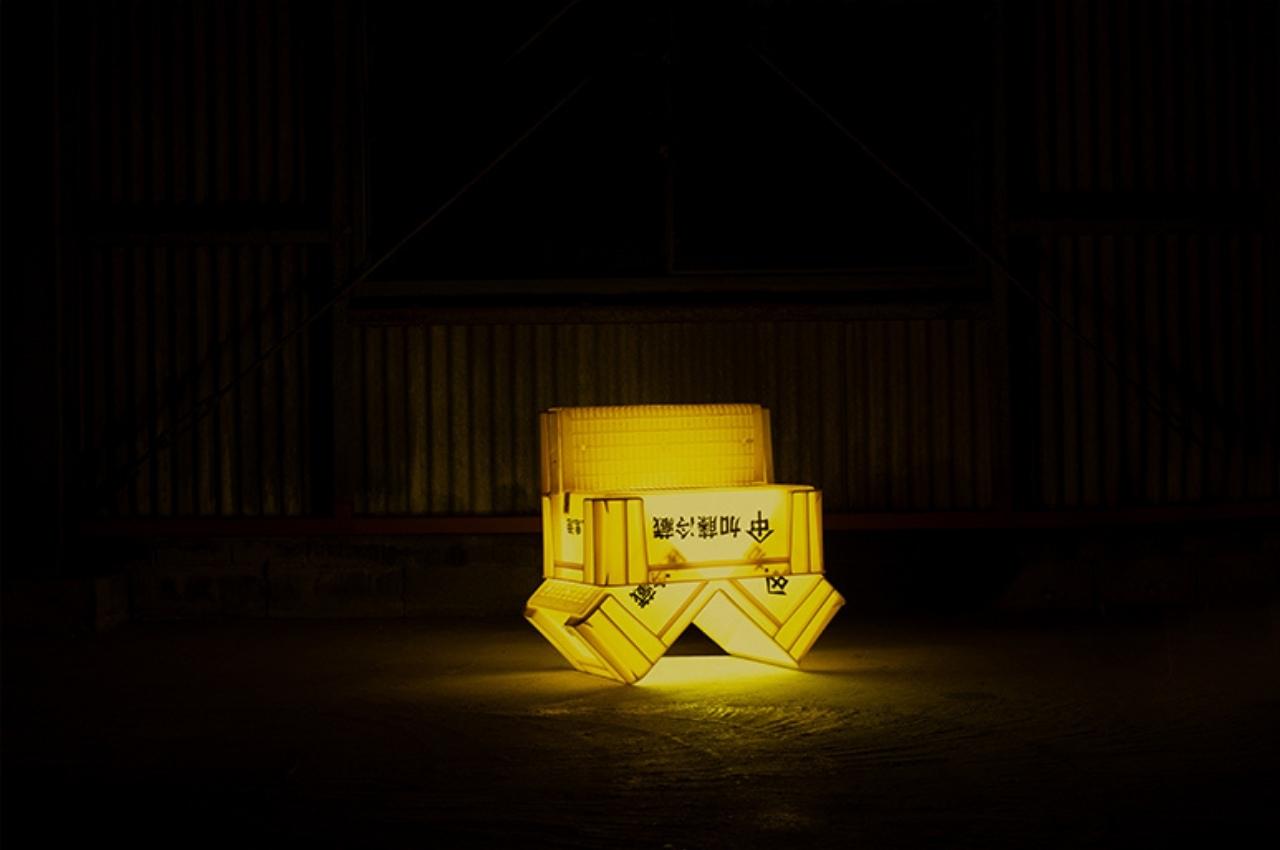 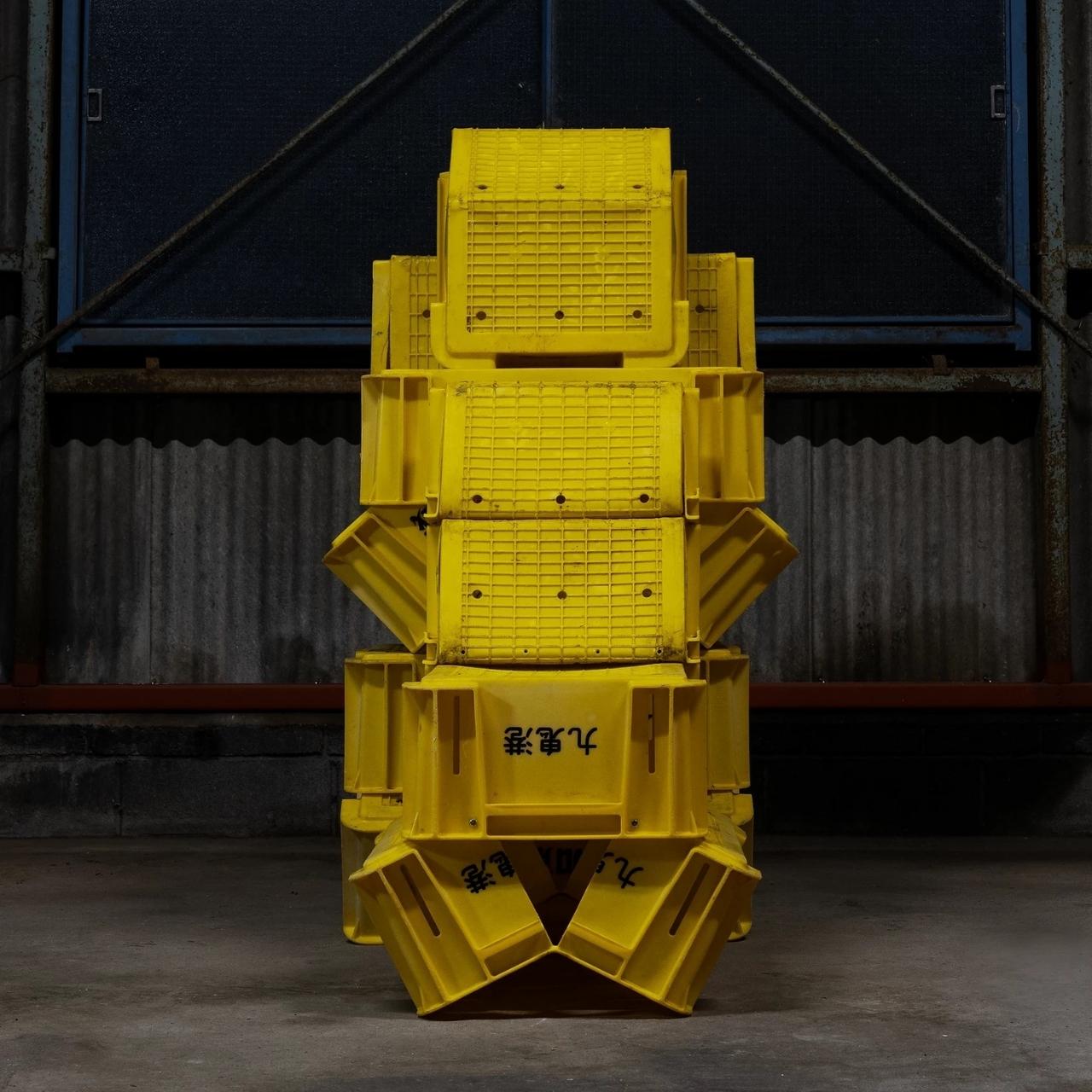 The designer called his collection Common Neglect Material (CNM), and the goal is to actually repurpose all these unused and disused objects into unique public furniture. For this first collection, he turned the fishing containers into different kinds of chairs: a lounge chair, an armchair, and a stool. He was able to do all this simply by bending plastic and then bolting some of the parts together. It still hasn’t been used yet, but these items are already ready for public use, hopefully in the town where the materials were found. 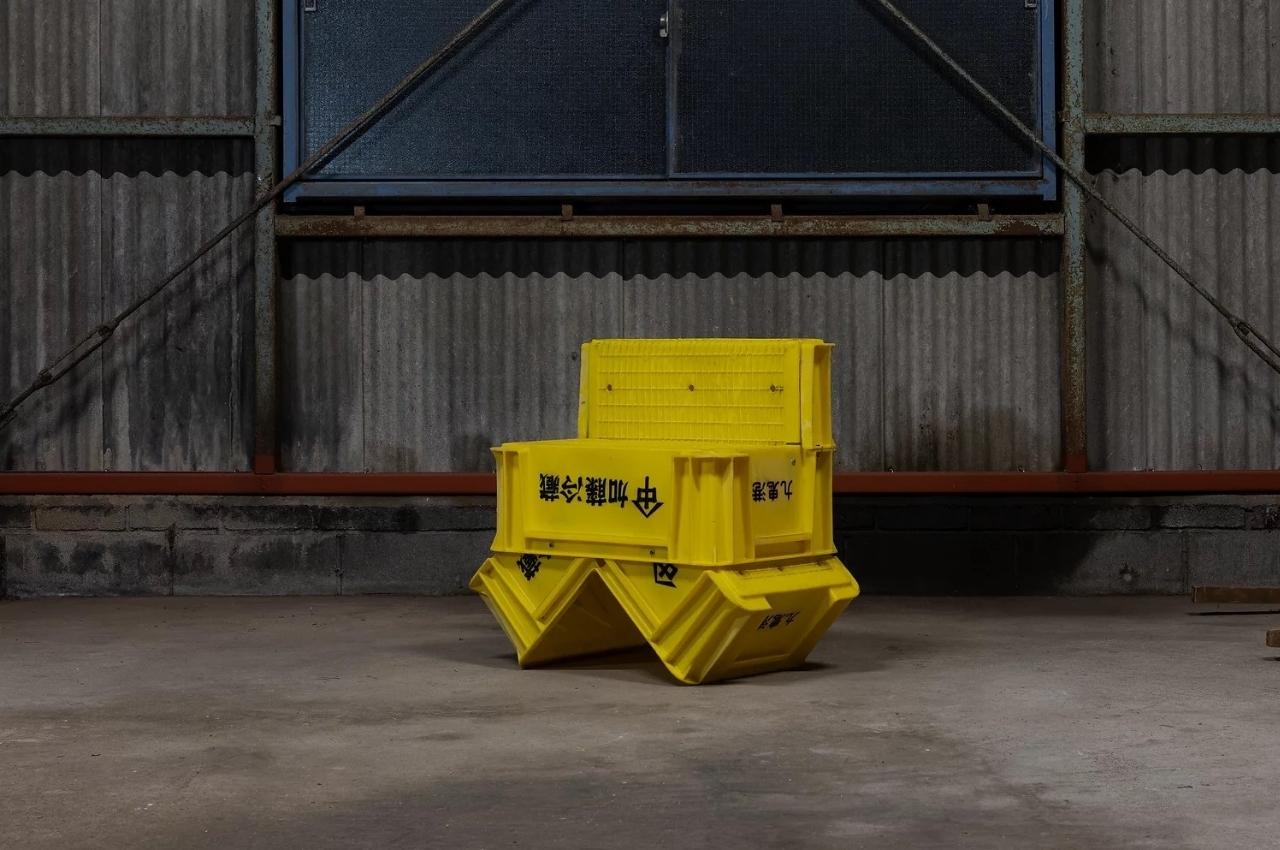 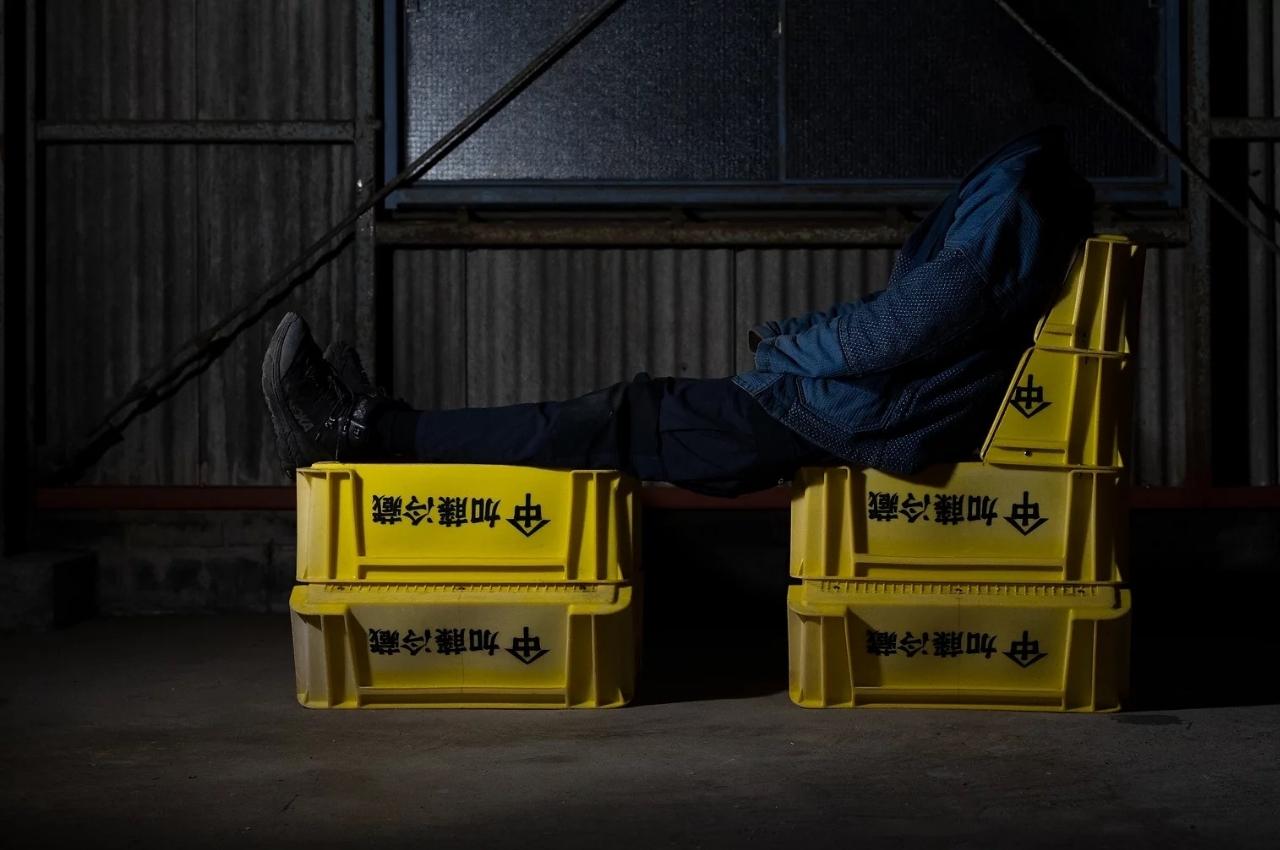 What makes this collection different from the other designs that used ocean plastic is that he didn’t need to melt them down and turn them into pellets or some other more complicated process. He turned the containers into furniture by still using their original form with a little melting and bolting in. For example, he cut the bottom of one container in half and then heated them in some places to turn it into an L shape. These became the legs of the chair. Then he used bolts to connect it to the seat, another container that stayed as it is. 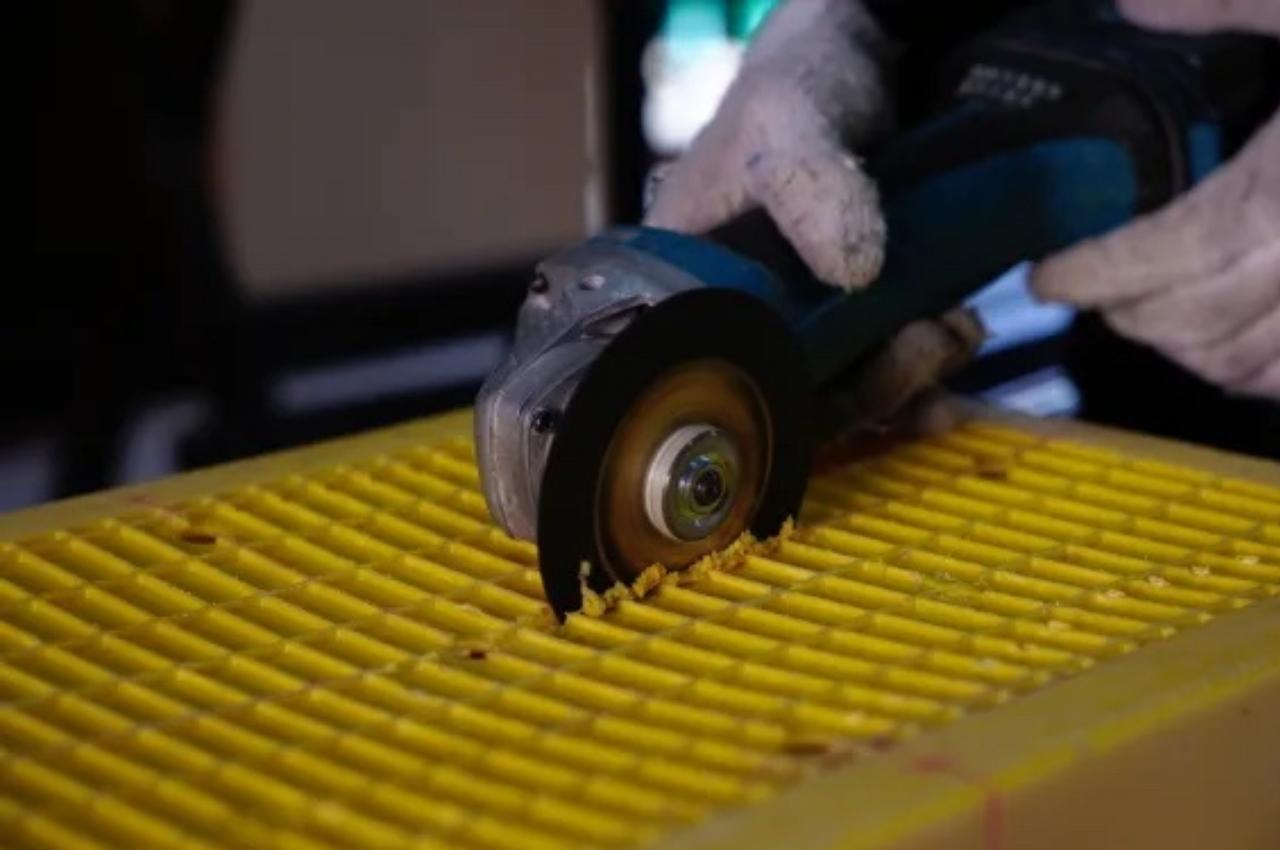 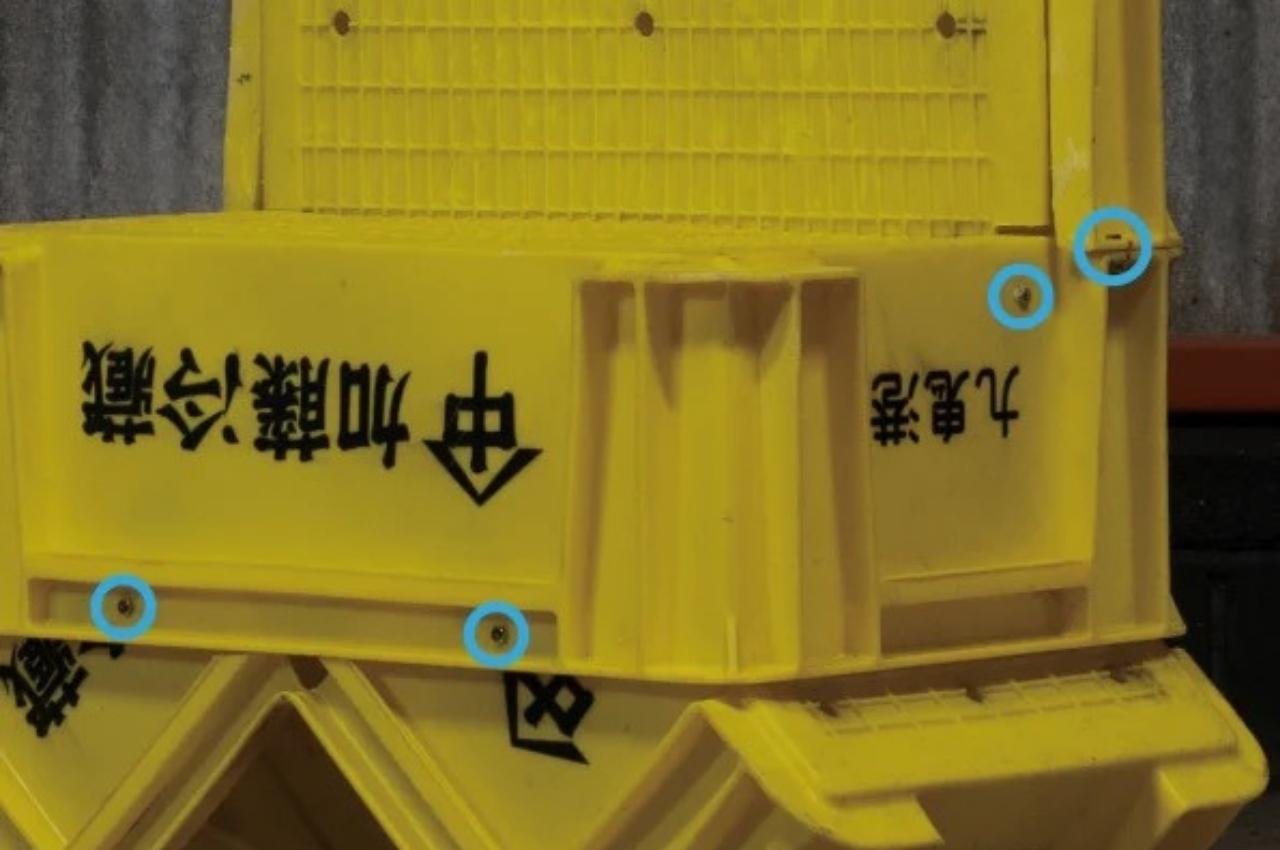 Since there is a bit of design going on here, he also put an LED light inside the chair so it can have a glowing from within style. The designs for this collection and probably the next few pieces will not be as elaborate and complicated given that it uses the original form. What can be made is simpler but still very much functional. The designer is also planning to make his design open-source so anyone with disused materials can turn them into something useful. 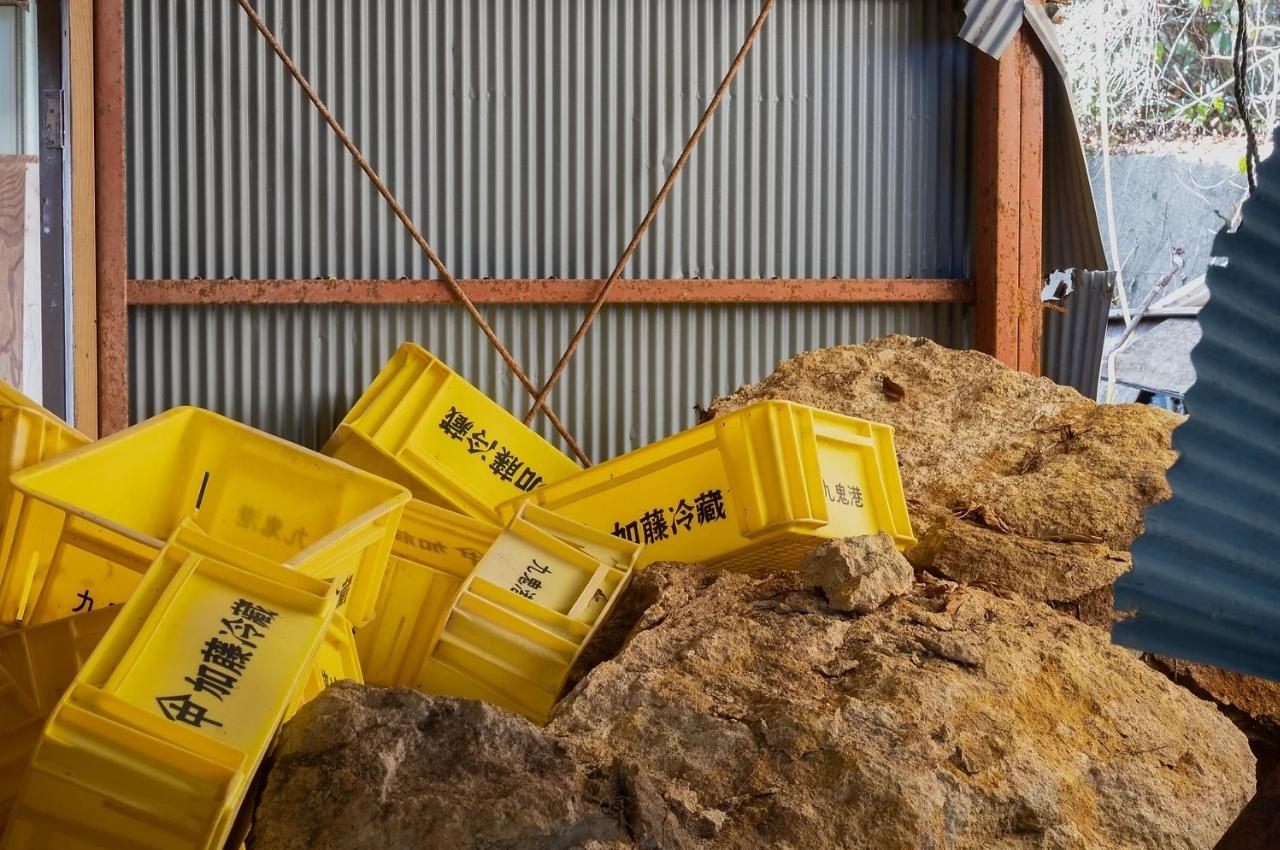 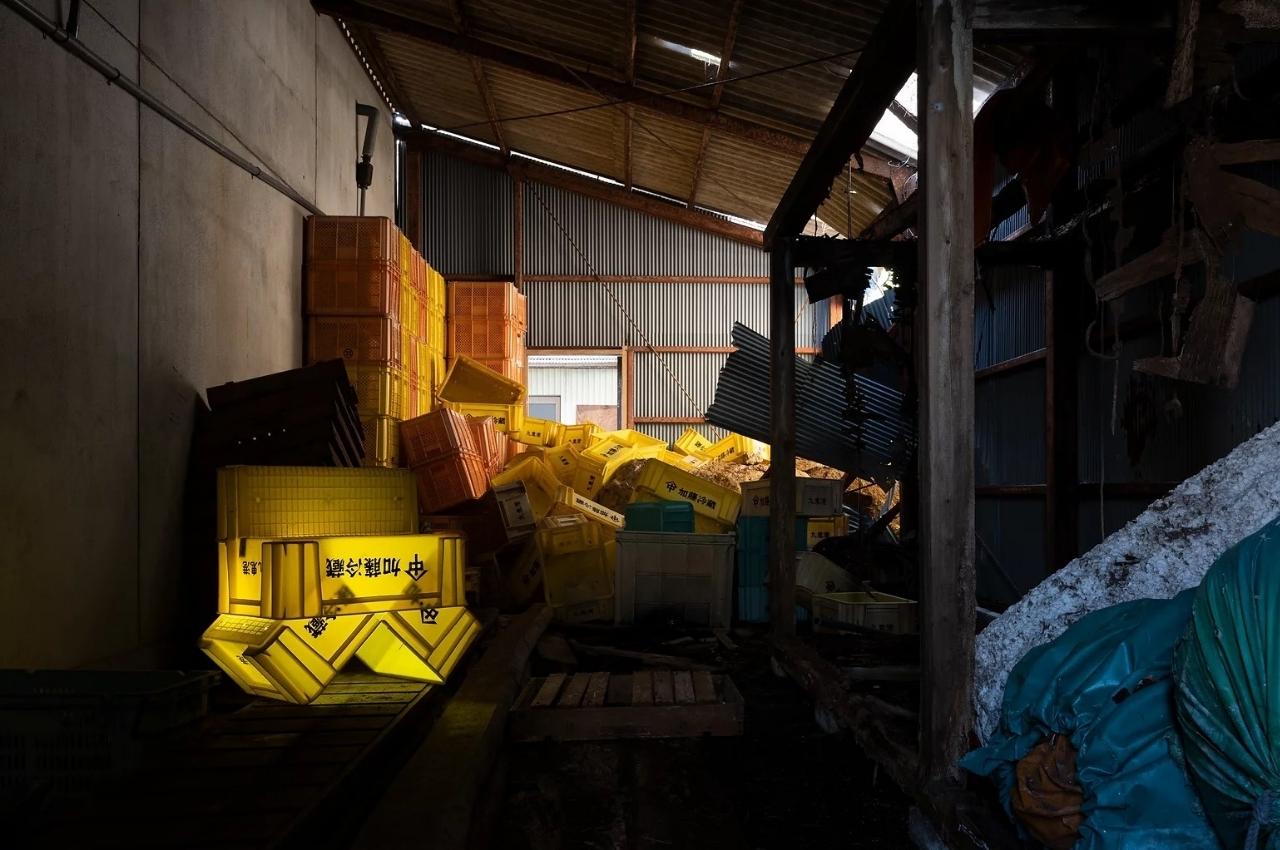 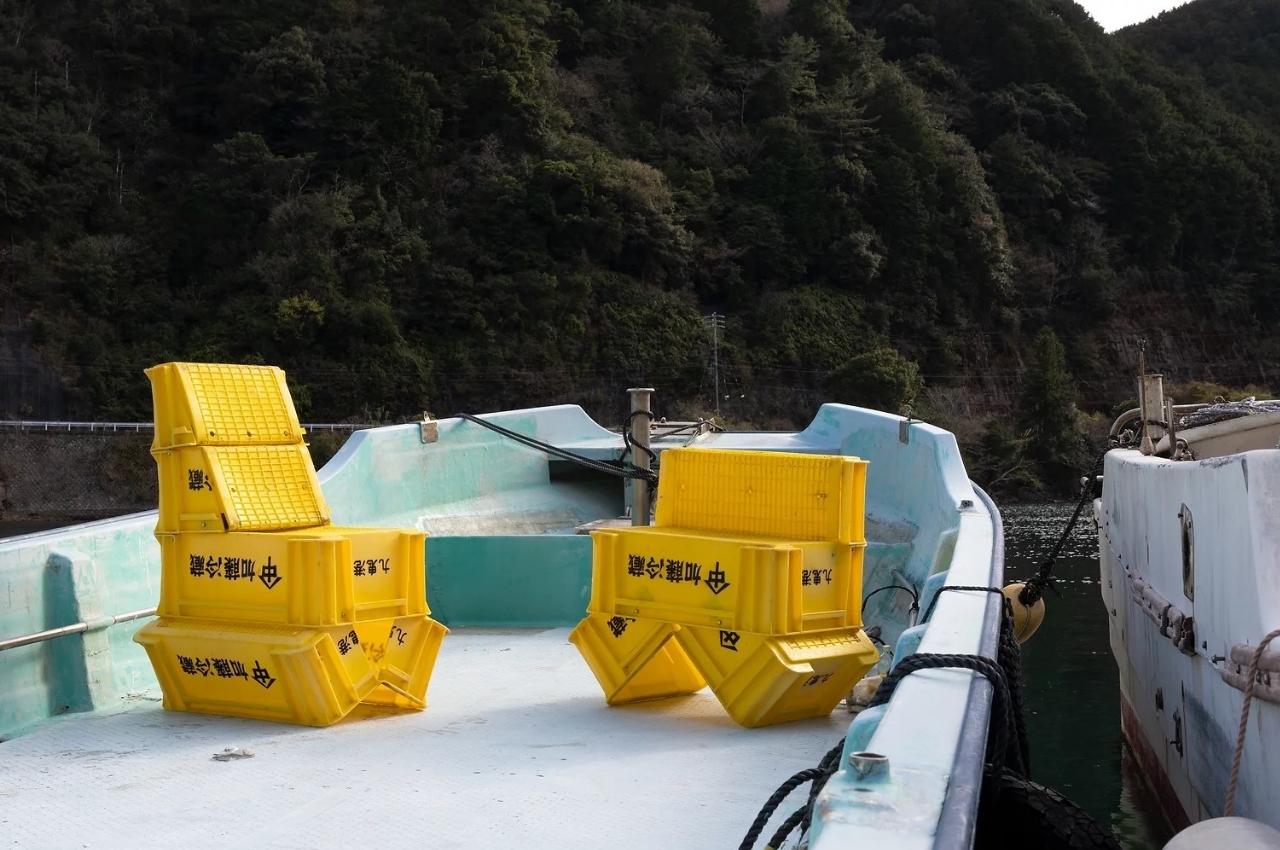 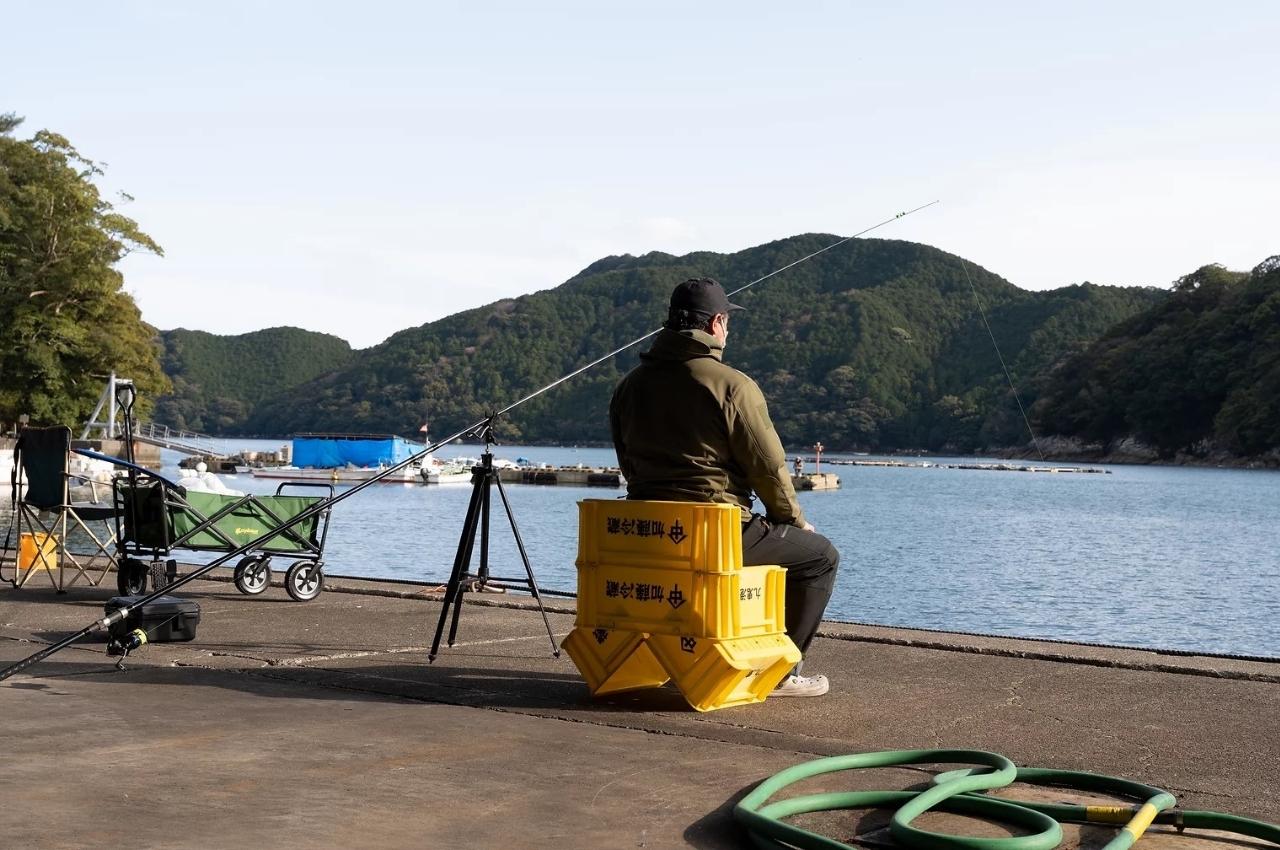 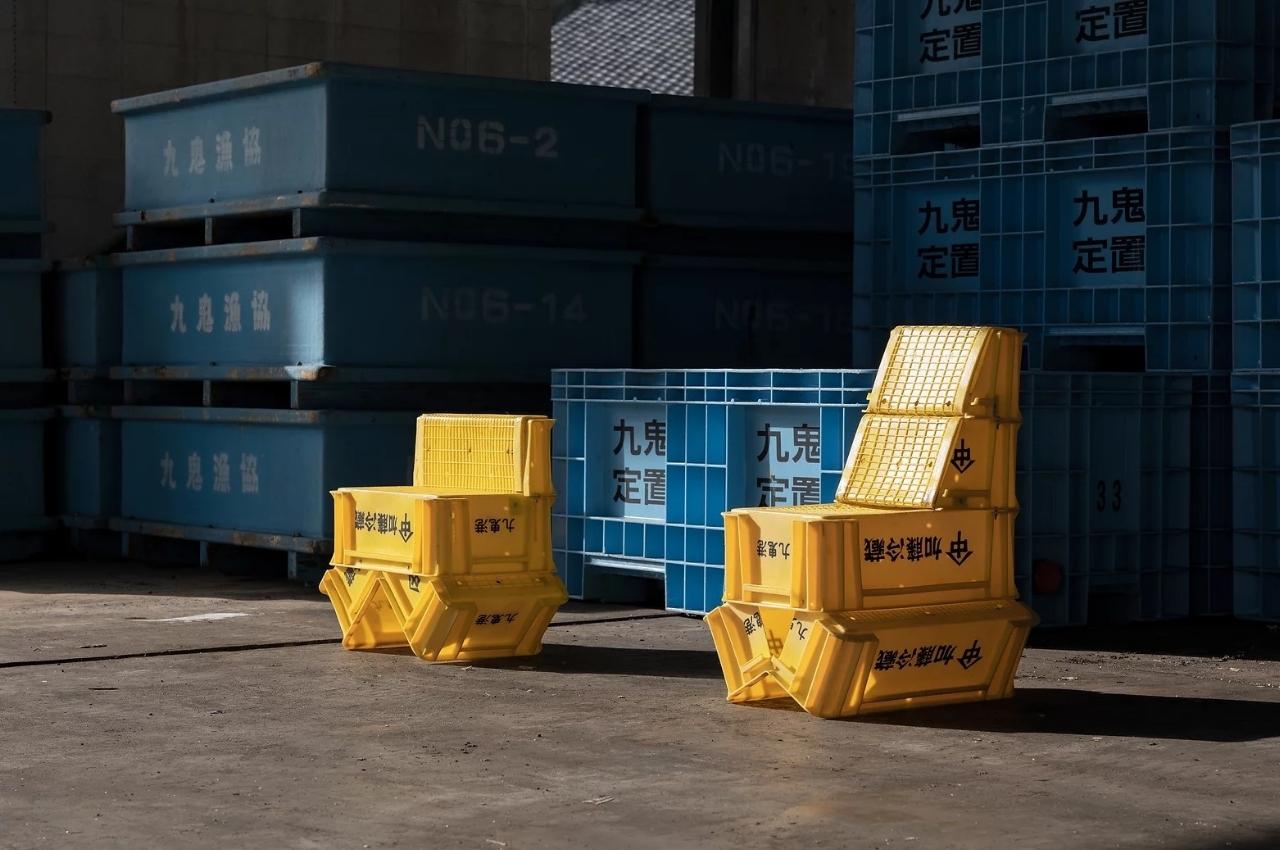 This grungy wooden bench with storage on the underside adds easy customization to your interiors!

Whether it’s at the home bar or a restaurant, bar stools are great to furnish the space when variety is on your mind. At a…

Attitudes about the workplace have shifted and changed over the past years. From cubicles to open floor plans and back again, office space often fluctuates…

Skateboard Deck Chair for the Old or Fantastic

If you’re a crazed art collector with little to no cash, you are a paradoxical sort of person. If you collect “street art”, you’ve got…

The Oasis planter is actually a side table with lamp

I have to hand it to designer Pei-Ju Wu, for the clever way they have integrated a planter, side table and lamp, into this amazing…