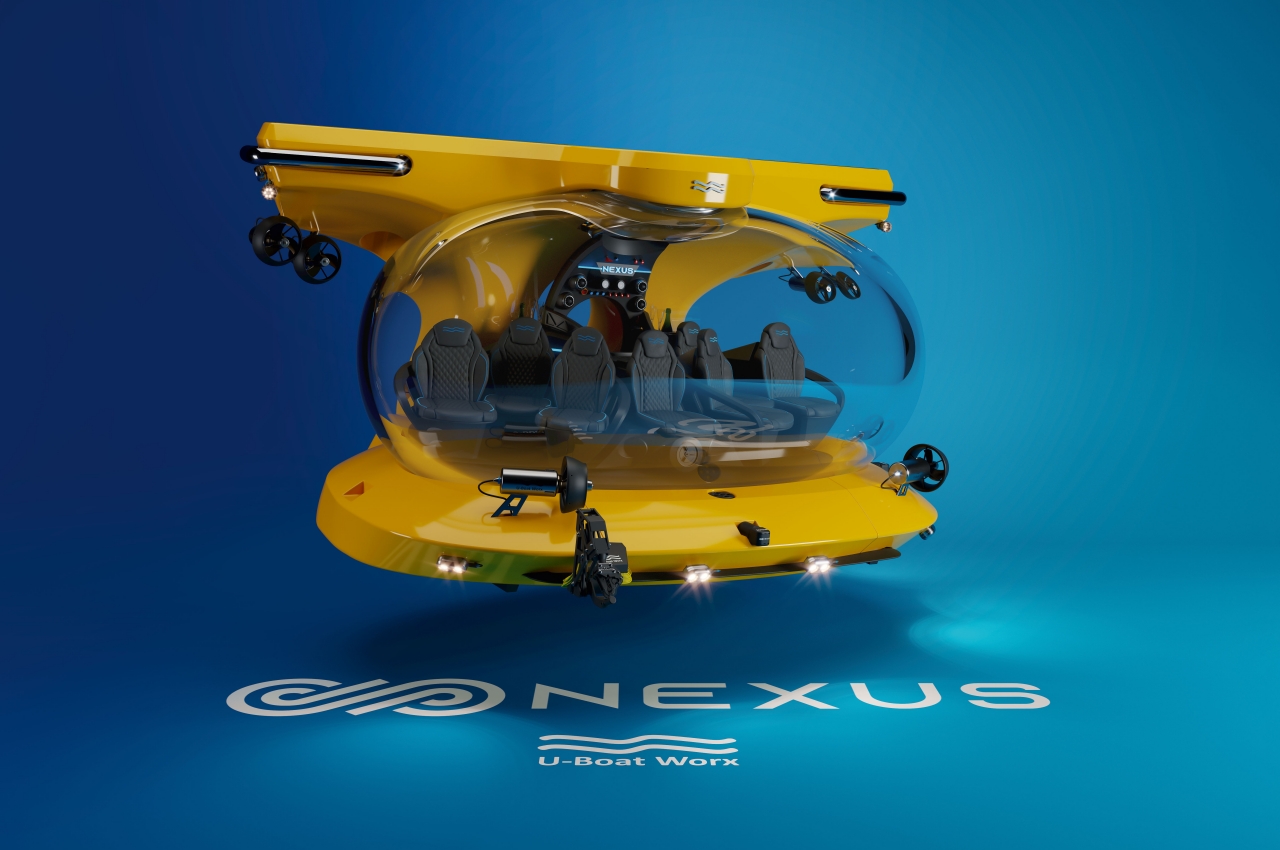 Many people already imagine what it would be like to explore and even live on other planets, but some contend that we have barely scratched the surface in learning everything there is to learn about our own Earth. Underwater life, in particular, is almost just as alien to us as outer space while also teeming with unbelievable creatures and life-threatening dangers as well. Space tourism is slowly becoming a reality, especially with recent successful launches and voyages, but the barrier to entry there is still as high as the heavens. In contrast, diving deep into the seas is probably a bit more viable and possibly just as breathtaking, especially with a submarine that can take you and up to seven other people down to the depths in the safety of your own private bubble. 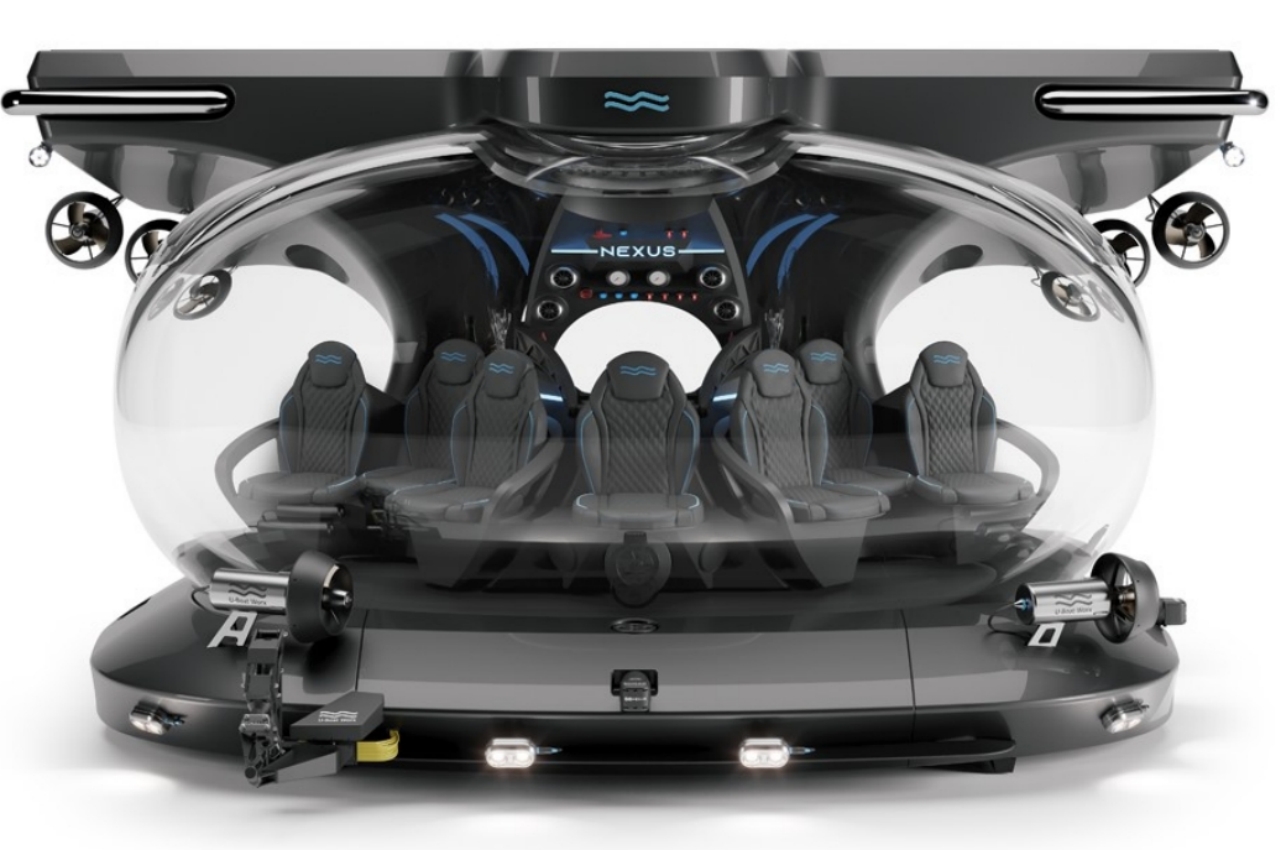 OK, you probably won’t be sipping champagne in these tourist-centric submarines, even though that’s exactly the scenario that U-Boat Worx is trying to propose with its customizable submarines. The new Nexus submersible vehicle, in particular, can go down to a depth of 200 meters, which may already reach the seabed in some areas. Either way, it might not be a good idea to tempt fate with substances unless you want to be swimming with the fishes in an uncomfortable way. 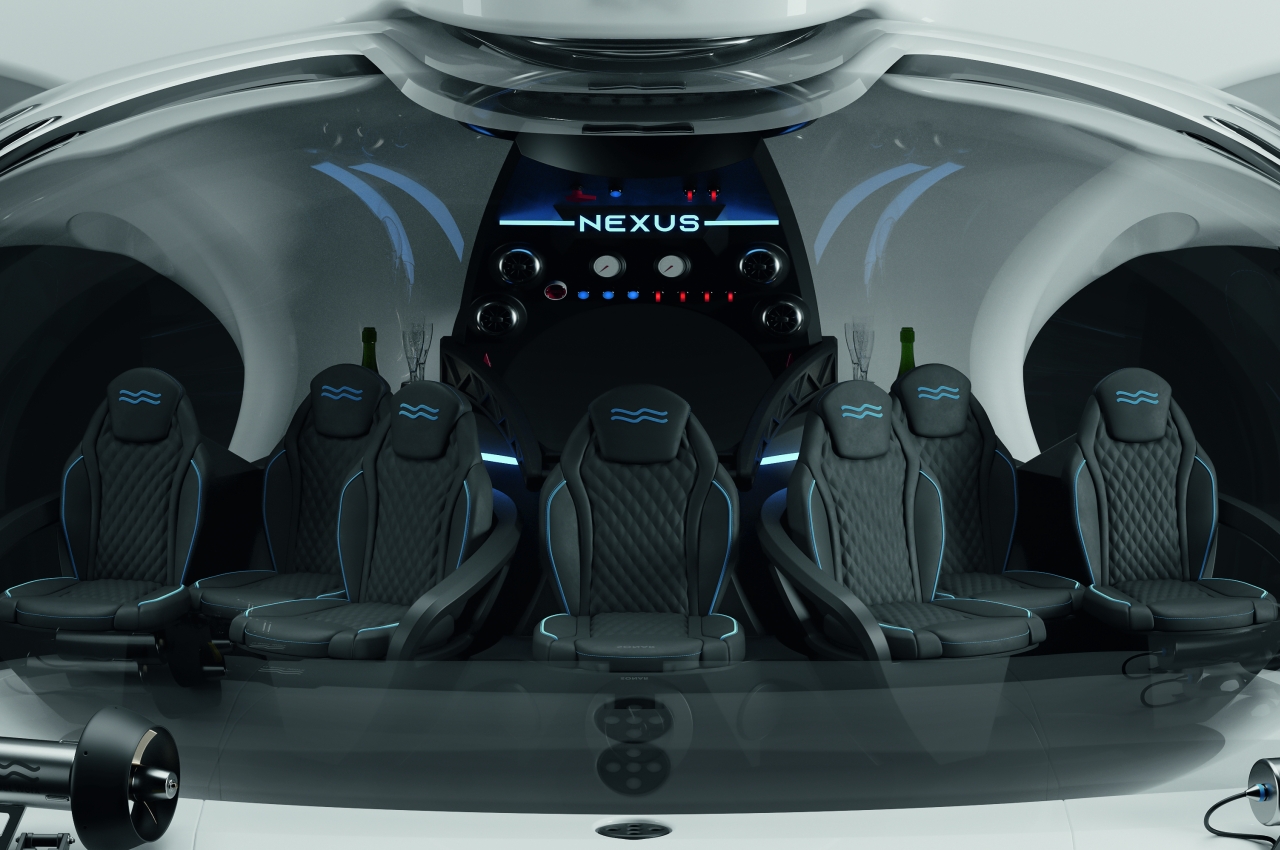 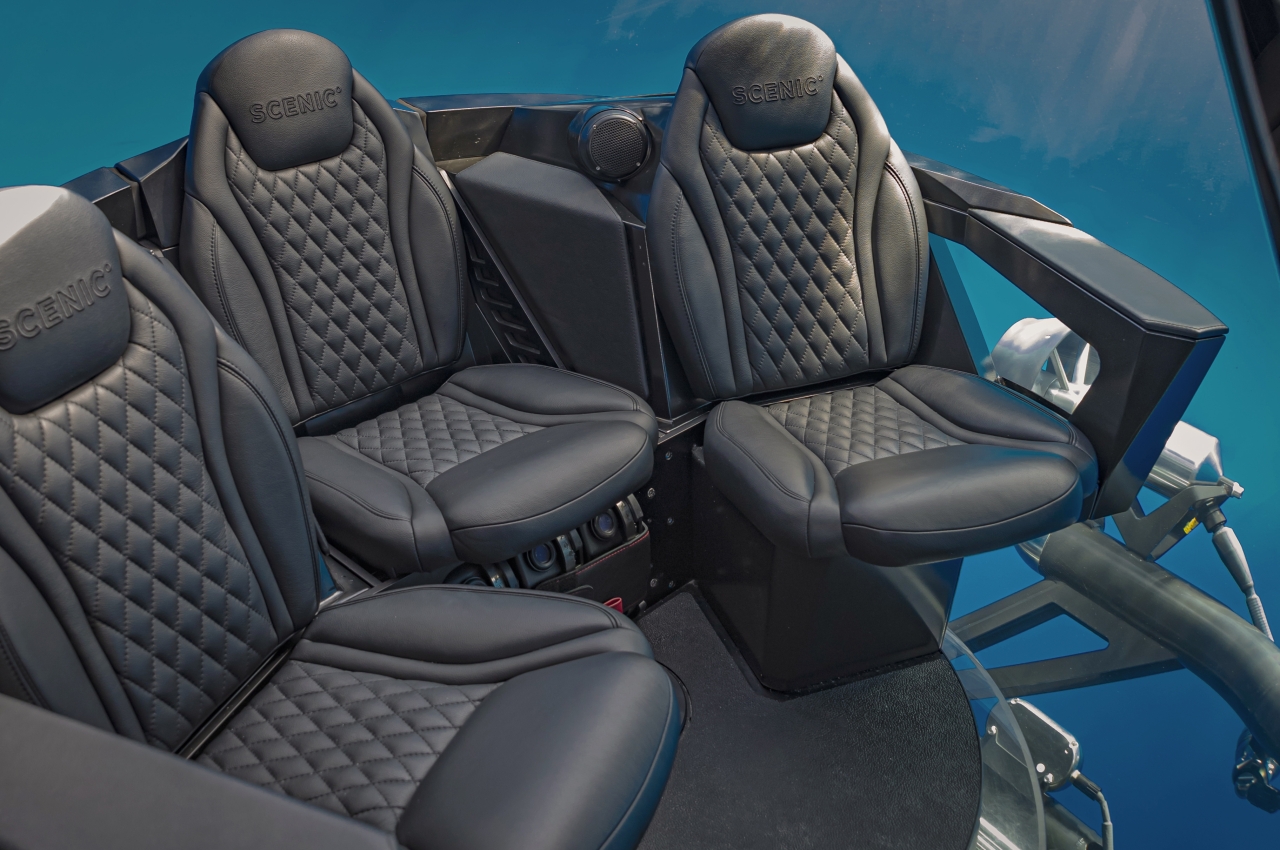 Hopefully, you’ll be too busy enjoying the sights of underwater life anyway, which is the entire point of these submarines. Sitting inside what feels like a glass bowl (which would ironically put you in the fins of a goldfish), the U-Boat Worx Nexus lets you marvel at the wonders of the seas of the world with a nearly 360-degree view. You can turn your seat around to see what’s on the other side, though there will naturally be views that will be occluded by the machinery of the vehicle.

Unlike U-Boat’s more personal submarines, the Nexus is designed for group trips, accommodating up to nine people in total. That count is a bit confusing because it refers to the maximum seating occupancy inside. One seat is immediately reserved for the pilot, however, and there are two groups of six chairs for adults on either side. The eighth adult chair can be swapped out for two kid-sized seats, which is where that figures came from. 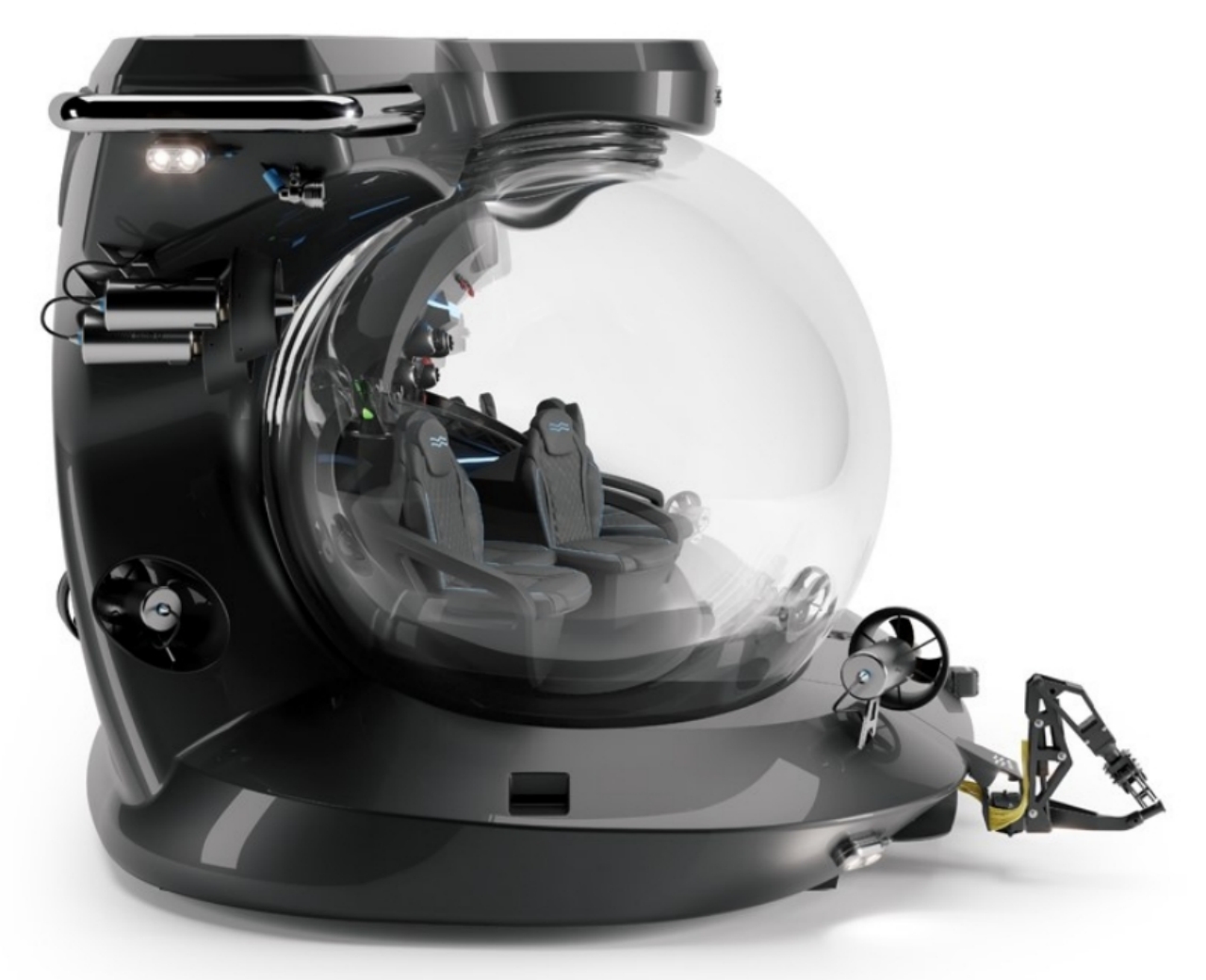 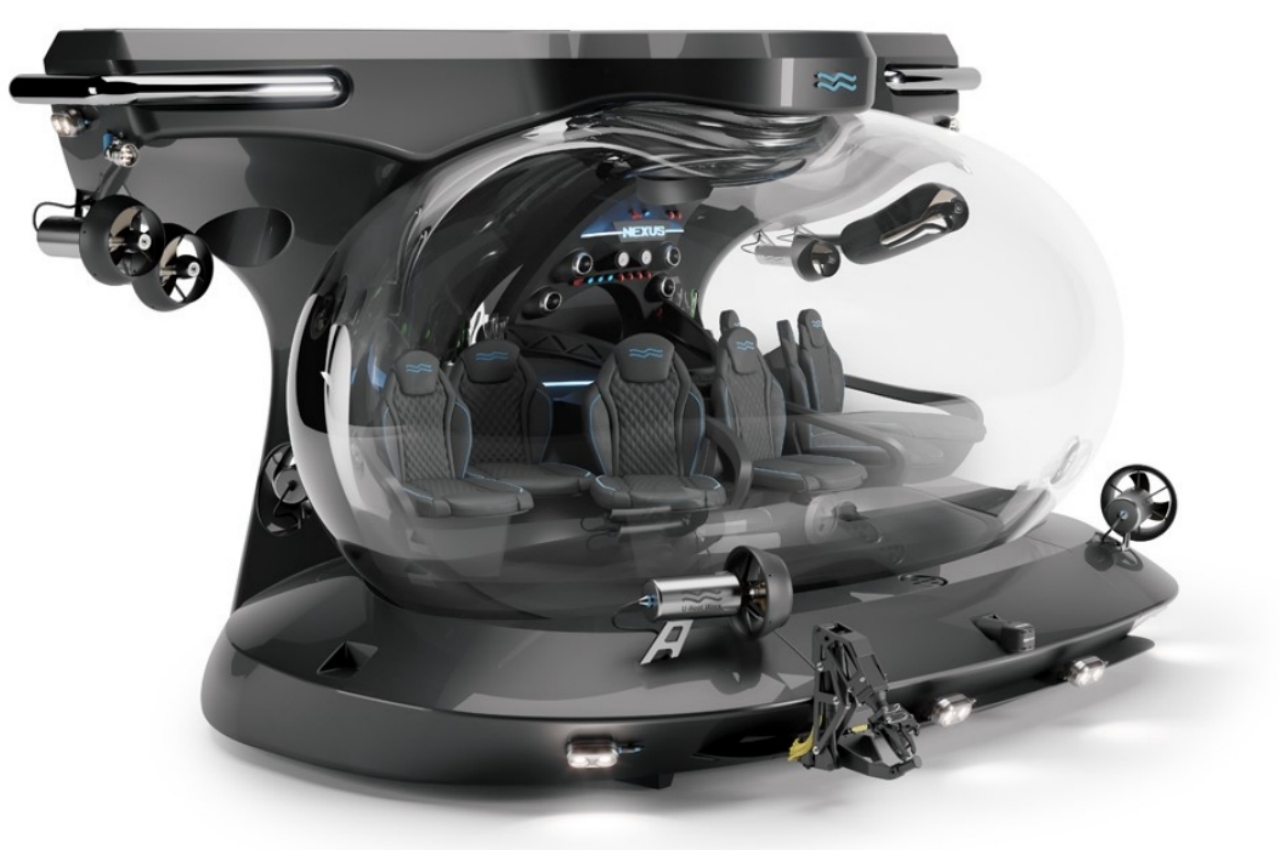 In addition to the increased capacity, the U-Boat Worx Nexus also offers improvements across the board, especially its ability to move laterally. It may sound trivial, but lateral movement can greatly improve the submersible’s maneuverability, dive efficiency, and object approach, which should translate to a better experience for passengers. And speaking of better experiences, the submarine also boasts of the largest diameter hatch of its kind, which should make it easier for untrained civilians to climb onboard. And if all else fails, there’s also an optional elevator available.

Whether submersibles are more economical ways to get to know our seas up close and personal is still up for debate. They may be cheaper than rocket launches, but it’s still a luxury that very few people can afford. It would also be nice if such vehicles could be used to make people more painfully aware of the damage that we have wrought upon our seas, but chances are, these underwater experiences are focused only on the good and beautiful sides of our waters, the parts that tourists will pay big bucks to see. 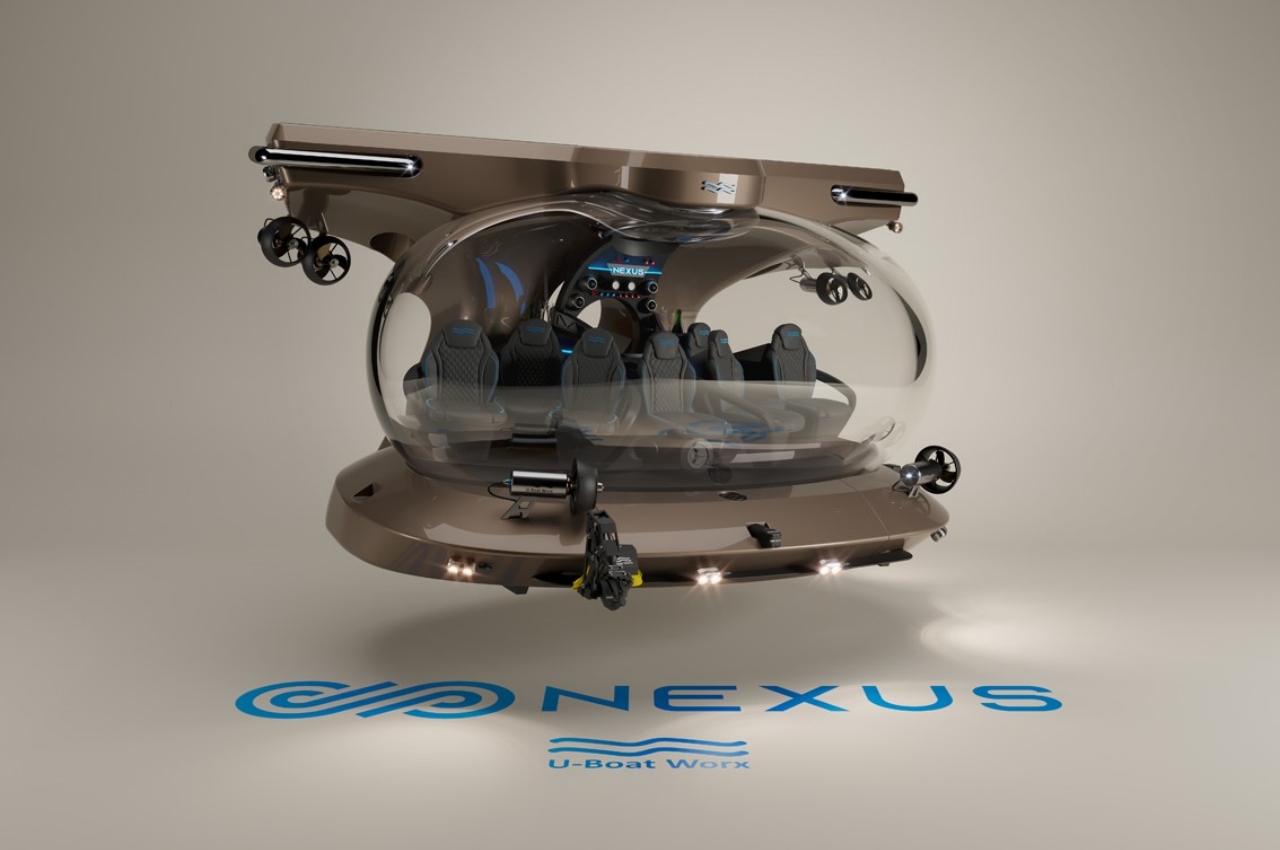 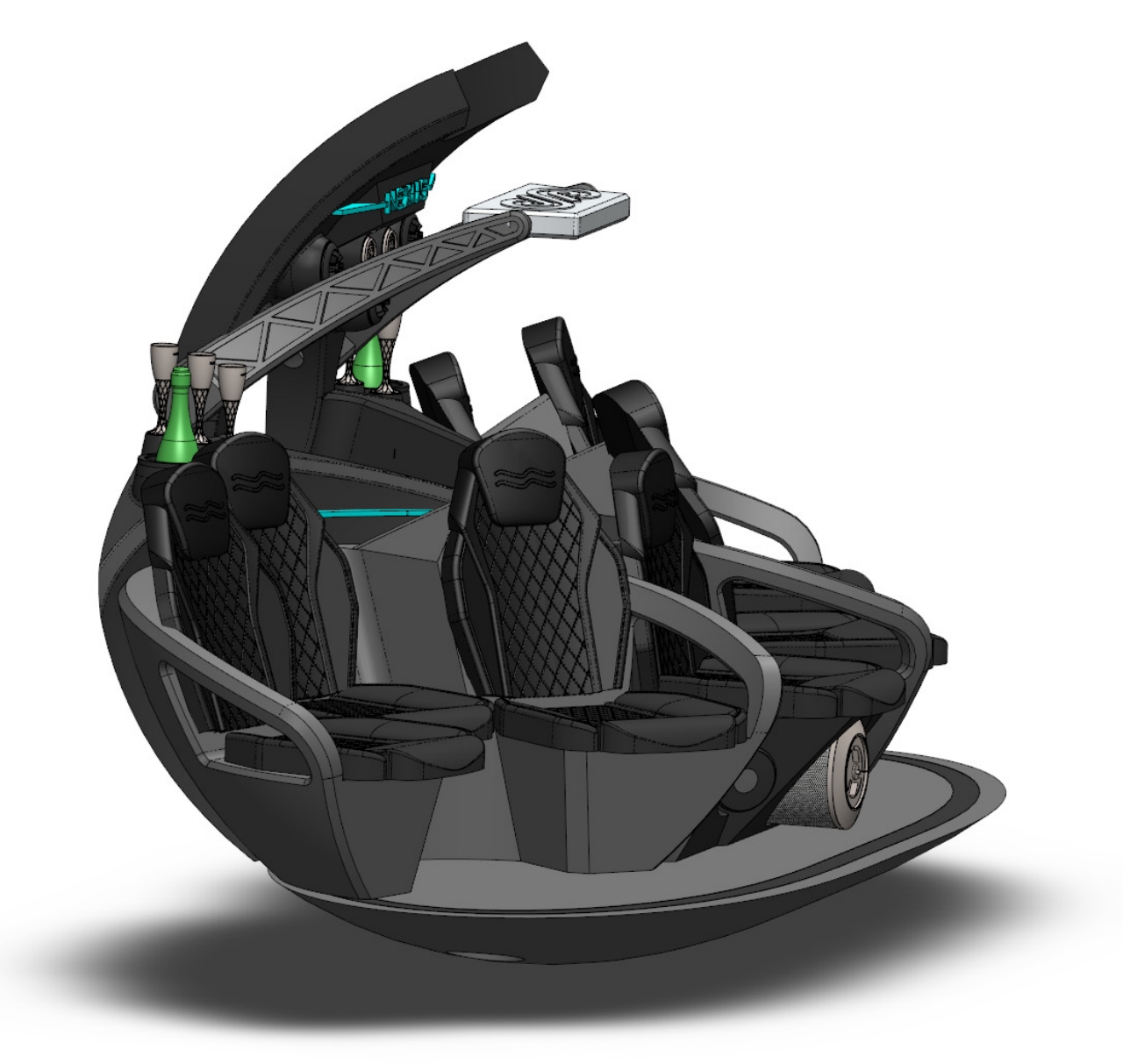 Modular architectural design that brings a healthy mix of Scandinavian design and sustainability to your home!

Tiny homes made of shipping containers for the millennial home owners

Tiny homes are a fast-growing trench in the architectural world and why wouldn’t they be? The upcoming consumer is the millennial generation and tiny homes…

Google per se hasn’t delved into the projector game just yet, even though projectors with Android OS built-in have been around for pretty long. Since…

This DIY desk chair doubles as a doghouse and bed to get those little puppies off your lap!

Simone Giertz, a self-described maker, robotics enthusiast, and non-engineer, has a dog, Scraps who loves to sit on her lap and a desk chair that…