Designed to help you automate all your slide and dolly shots, the Trexo Slider is an incredibly compact camera slider that’s barely larger than two smartphones placed bumper to bumper. It can sit on a table or attach to a tripod, and mounts smartphones as well as DSLRs and Mirrorless cameras. The Trexo Slider has an onboard display as well as the Trexo Motion smartphone app to program its movement, and a slider length of 33cm or 13 inches, working in horizontal and vertical orientations (as well as inclines) depending on how you place the slider. 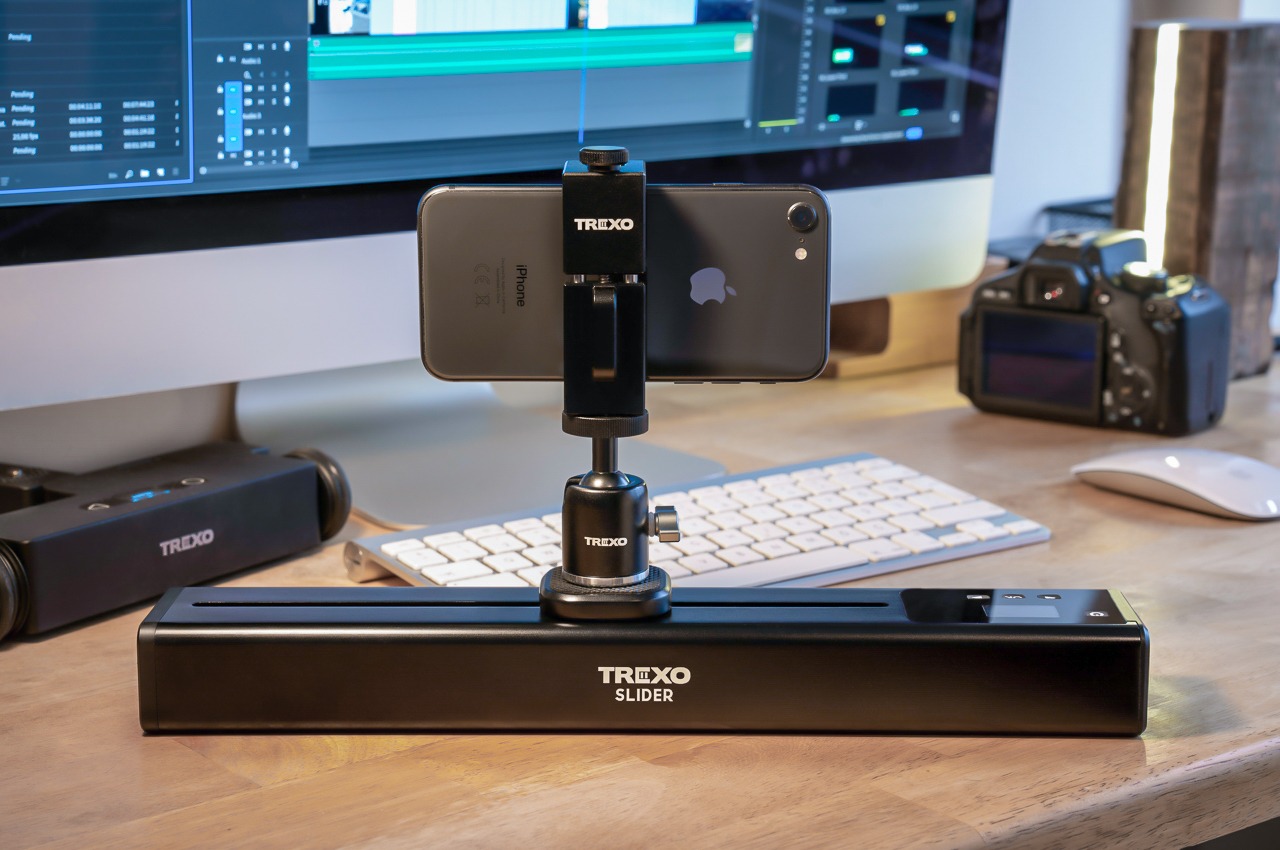 Once your setup is ready, the Trexo Slider can be programmed to follow a variety of movements either via its onboard menu or using the smartphone app. The device comes with a few handy presets like a looping mode and an incline mode, and can even be controlled manually (with the option to save the manual patterns as presets too), operating as fast as 30 millimeters per second, or as slow as 0.001 millimeters per second (extremely handy for timelapse shots). A built-in 3250mAh battery runs the Trexo Slider for a solid 6 hours, although if your timelapse is any longer than that, simply hooking the Trexo Slider to a power bank or outlet does the trick, allowing you to extend your shooting times.

Ultra-portable and compact design help you bring professional performance wherever you go. You can carry your Trexo Slider on nearly every backpack. 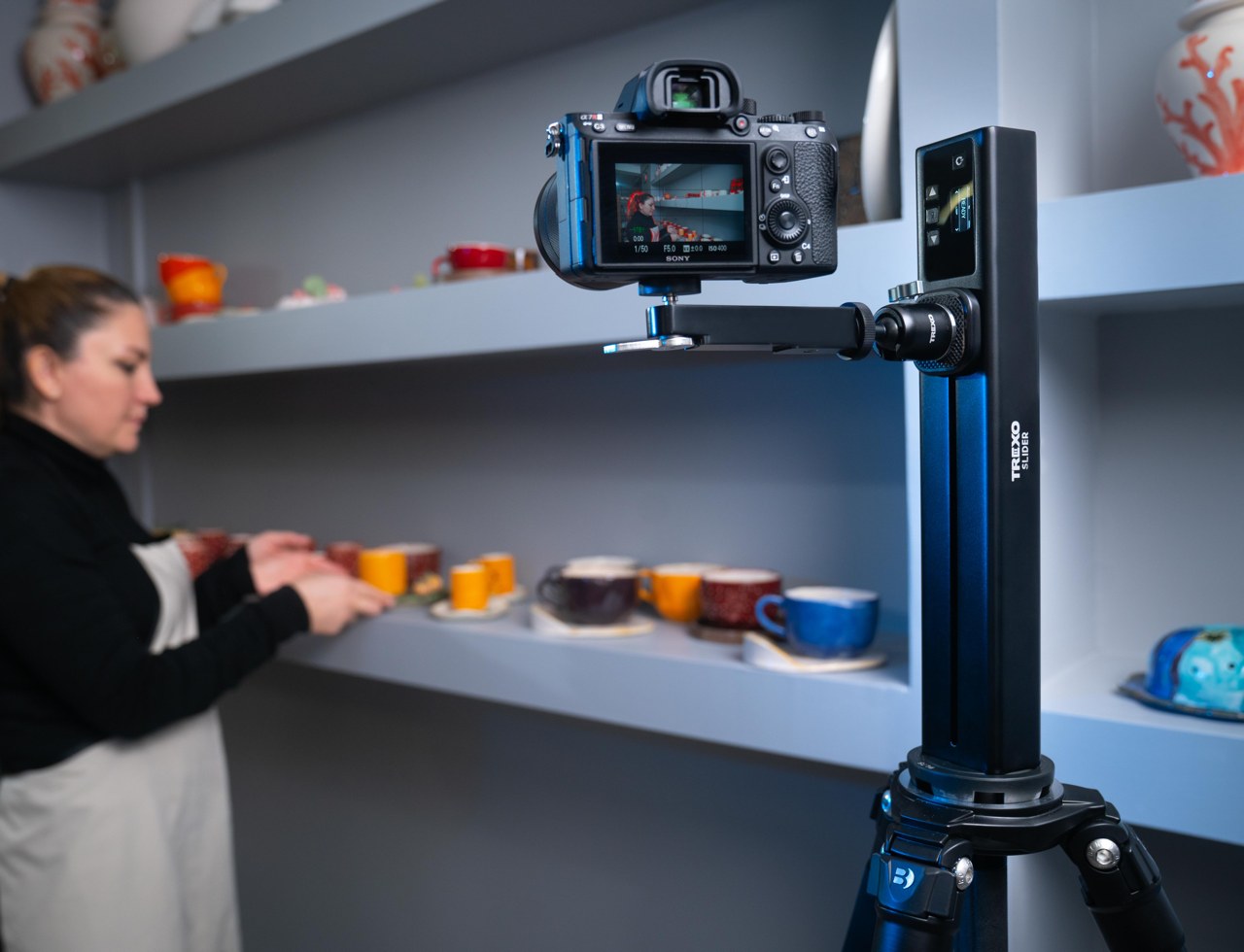 The compact slider comes with a machined aluminum outer body, and unlike most sliders that use a belt and motor system, the Trexo Slider instead relies on a leadscrew design, offering a much smoother transition that is capable of handling heavier devices with equal grace. A quiet motor even lets you perform audio recordings with ease, without worrying about a noisy whirring motor getting recorded during the shot. When used horizontally, the Trexo Slider can handle weights up to 11 pounds (that’s nearly 8x heavier than any DSLR with a standard telephoto lens), while in vertical mode, it can handle weights up to 3.3 pounds for ascending shots, and 5.5 pounds for descending shots, allowing you to comfortably use any setup, from a smartphone to a much heavier professional camera. Moreover, Trexo Innovations plans to expand its ecosystem to include upcoming modules like a 3-axis gimbal system that attaches to your slider, offering panning and tilting functionality too. For now, the slider itself ships as a standalone unit with a USB-C charging cable and the Trexo Motion app, or you can opt for the expanded bundle which also includes a phone holder, a ball head, and a flex-arm.

Trexo Slider can be operated with its onboard menu. You can program a movement by teaching the slider start and stop points by teaching it or setting it from the menu.

Loop Mode – Teach/Set two positions via the onboard menu and make Trexo Slider move between these two points on loop mode.

Learning Mode – Easily program Trexo Slider starting and finishing points by hand and set the speed of the movement via the onboard menu.

Timeline Mode – Play the last timeline you created, so you can use your phone for the shots while triggering the movement from the Trexo Slider.

Trexo Slider can perform 90-degree vertical shots with any mirrorless camera on the market.

Easily convert any of your programmed movements to a Timelapse shot and trigger your camera with the built-in 2.5mm shutter release port. 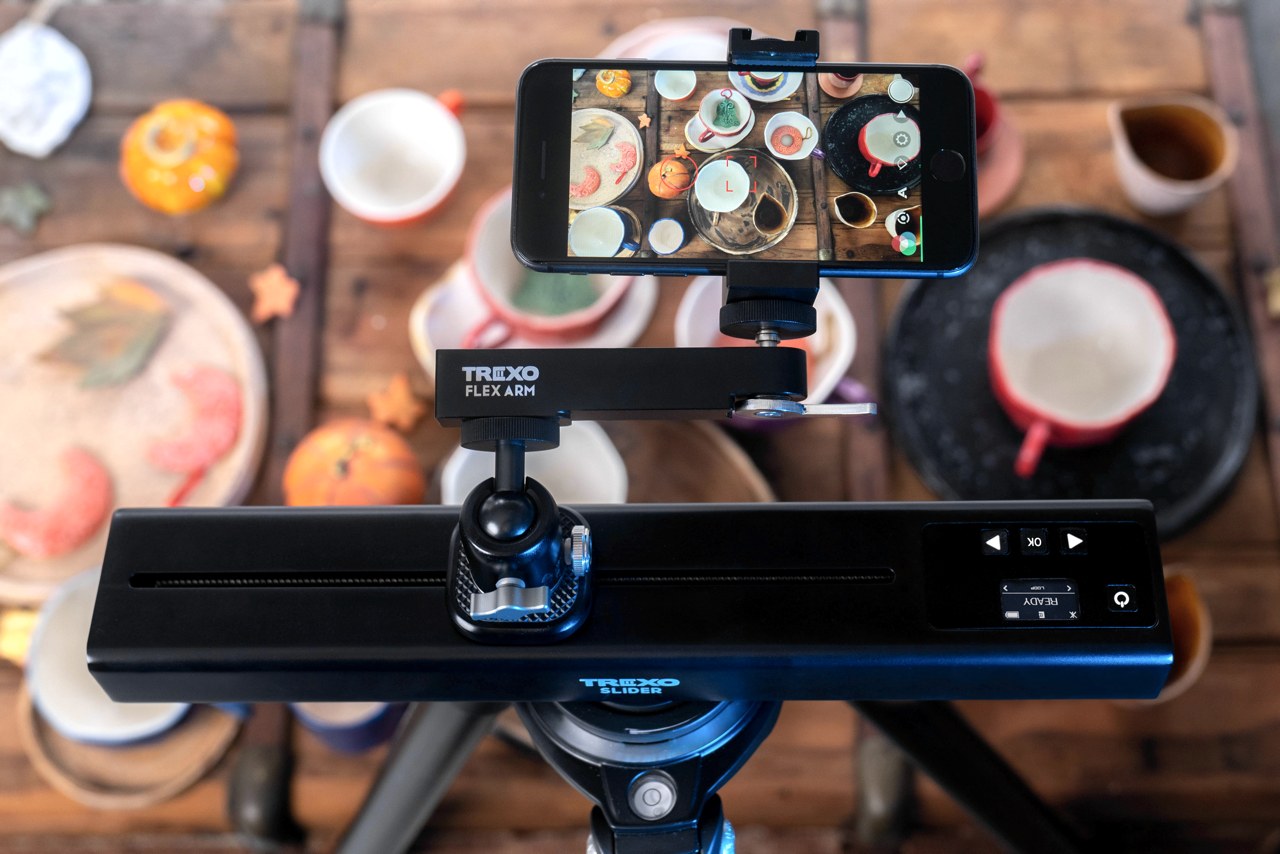 This isn’t Trexo Innovation’s first rodeo. The Trexo Slider follows a series of camera-focused accessories and pro tools, including the Red Dot Award-winning Trexo Arc Gimbal, the motion-controlled gimbal-car Trexo MoCo Car, and the company’s previous Kickstarter project, Trexo Wheels. Like all of Trexo’s products, the Trexo Slider ships with a 1-year warranty on any manufacturing issues, with the slider delivering to backers as soon as October 2022.

Mastercard’s new Face Mask is a sound reactive wearable with LED lights for the Gen-Z!

It was not long ago when the clothes and shoes were the clear reflections of your personality. Add to that another accessory absolutely necessary in current times…

This paddle strays away from tradition

The thing with game equipment is that you can’t radically push the design to be better because it offers a competitive advantage. There’s a reason…

The Backpacker is one impressive case! It’s meant for the iPhone 5 and has a bunch of features that are rarely found in one case…

Pain In The Back?

Thanks to my husband’s persistent back problems, I have become a second hand expert when it comes to the various methods to alleviate back pain….