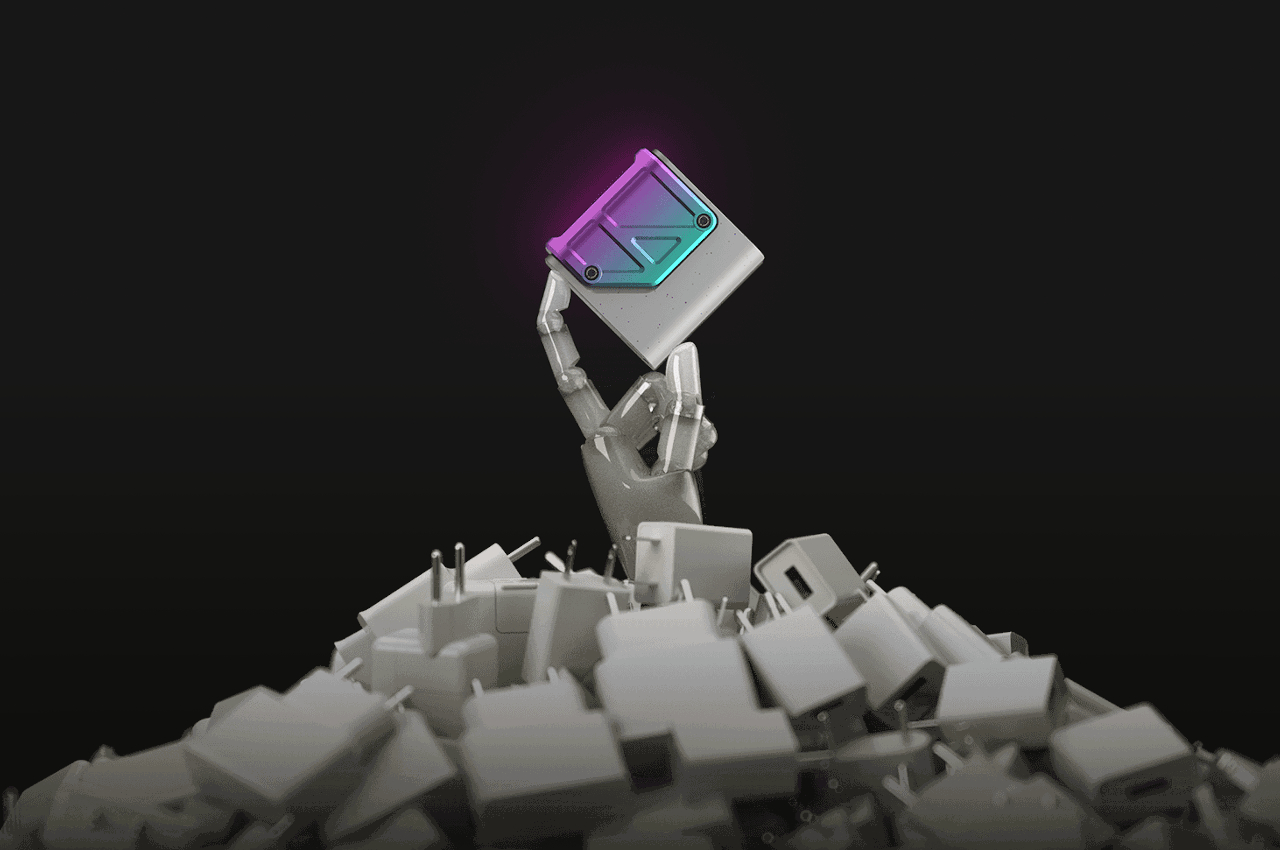 Phone chargers were a dime a dozen, at least until phone makers started removing them from boxes. That presented an opportunity for accessory makers to try and outdo first-party brands in offering better performance and bang-for-buck, giving further rise to an already mountainous pile of chargers. Despite all the advancements in charging technologies, the design of chargers, in contrast, has remained drab and unexciting. Breaking out of the mold, this charger adds a bit of color to this underrated but critical accessory, and, best of all, it’s powerful enough to even charge many laptops, including a MacBook Pro. 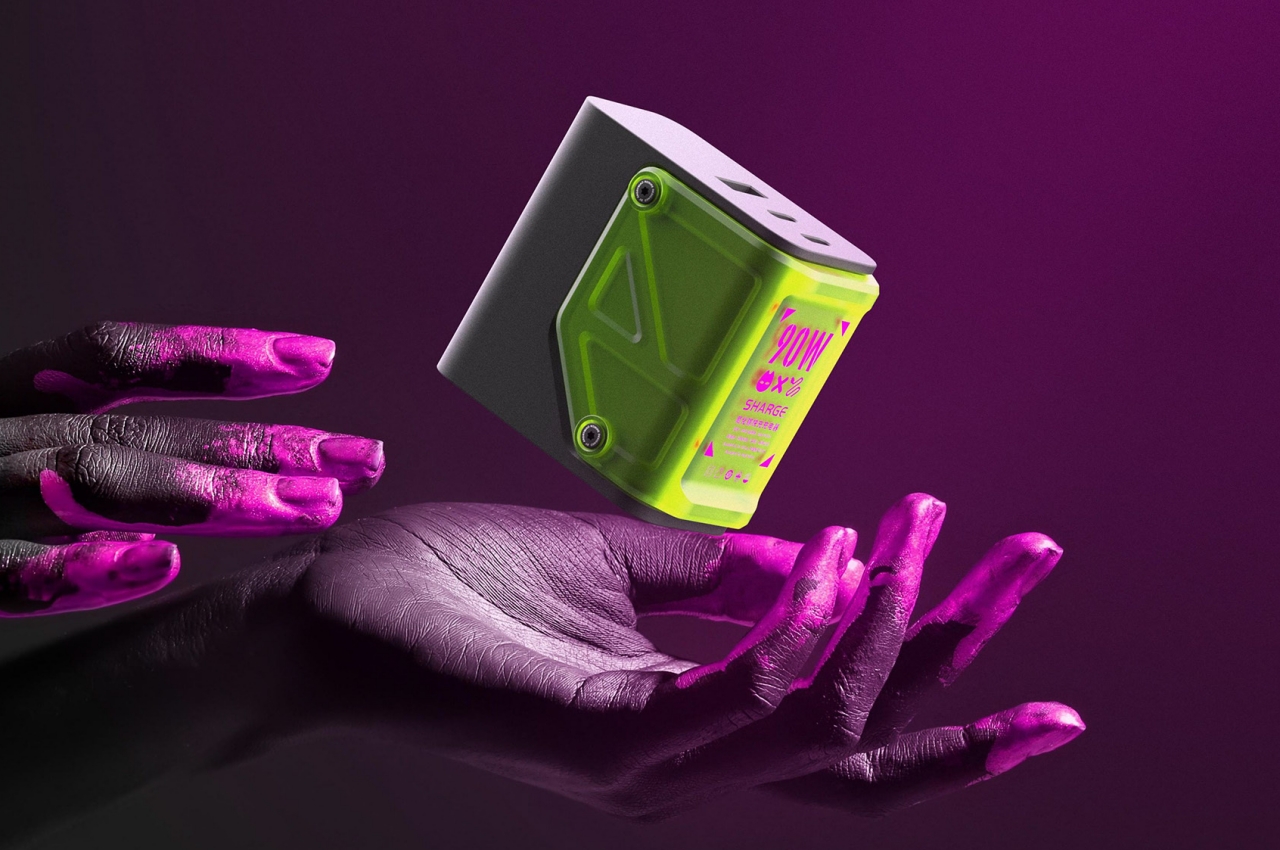 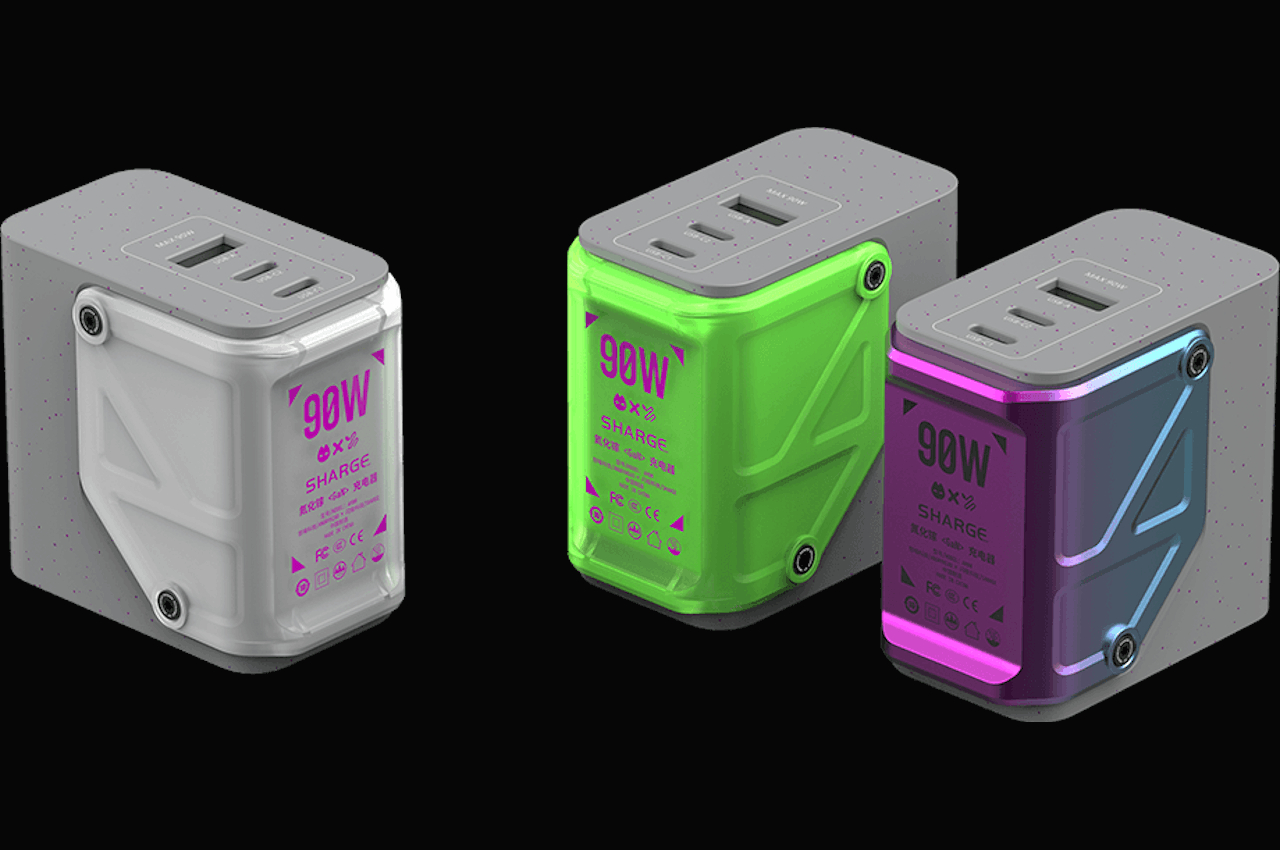 Charger designs, be it for phones or laptops, are basically black or white, perhaps for no other reason than tradition. The white ones often take a cue from Apple’s love of the minimalist color, while black is the color of choice for Samsung and most laptops. Given that chargers are often left plugged into wall sockets and are unseen, few probably considered it worth the time, effort, and resources to do anything outside the norm. There’s no technical reason they can’t, and, fortunately, someone did. 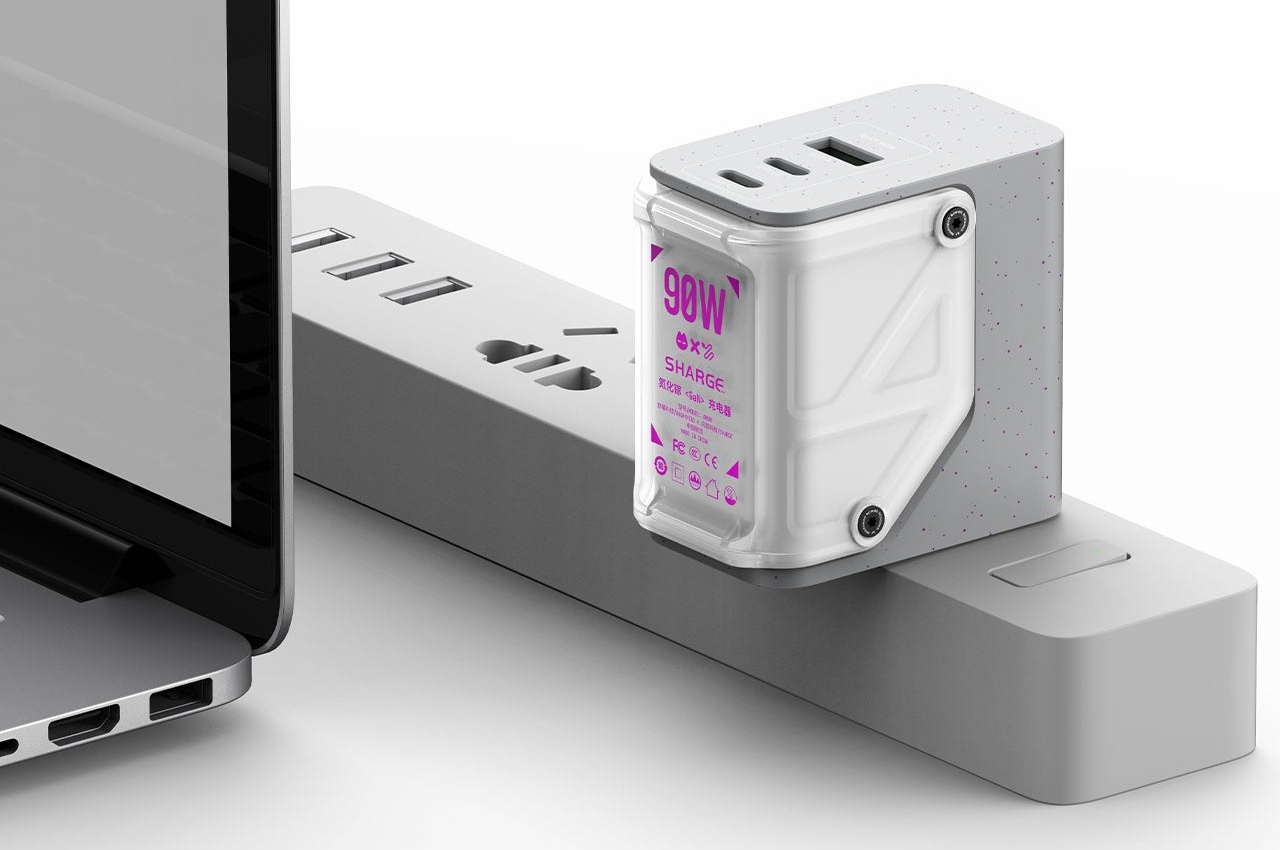 Angry Miao’s CyberCharge gives the charger a theme that fits the genre that best fits this kind of accessory. Eschewing plain white for a shade of light grey bespeckled with red and purple dots, the charger’s visual center is a decorative plate that gives a bit of life to the charger. The plates don’t add any functionality, but do have the typical tech specs and certification logos you’d see in all electronics. 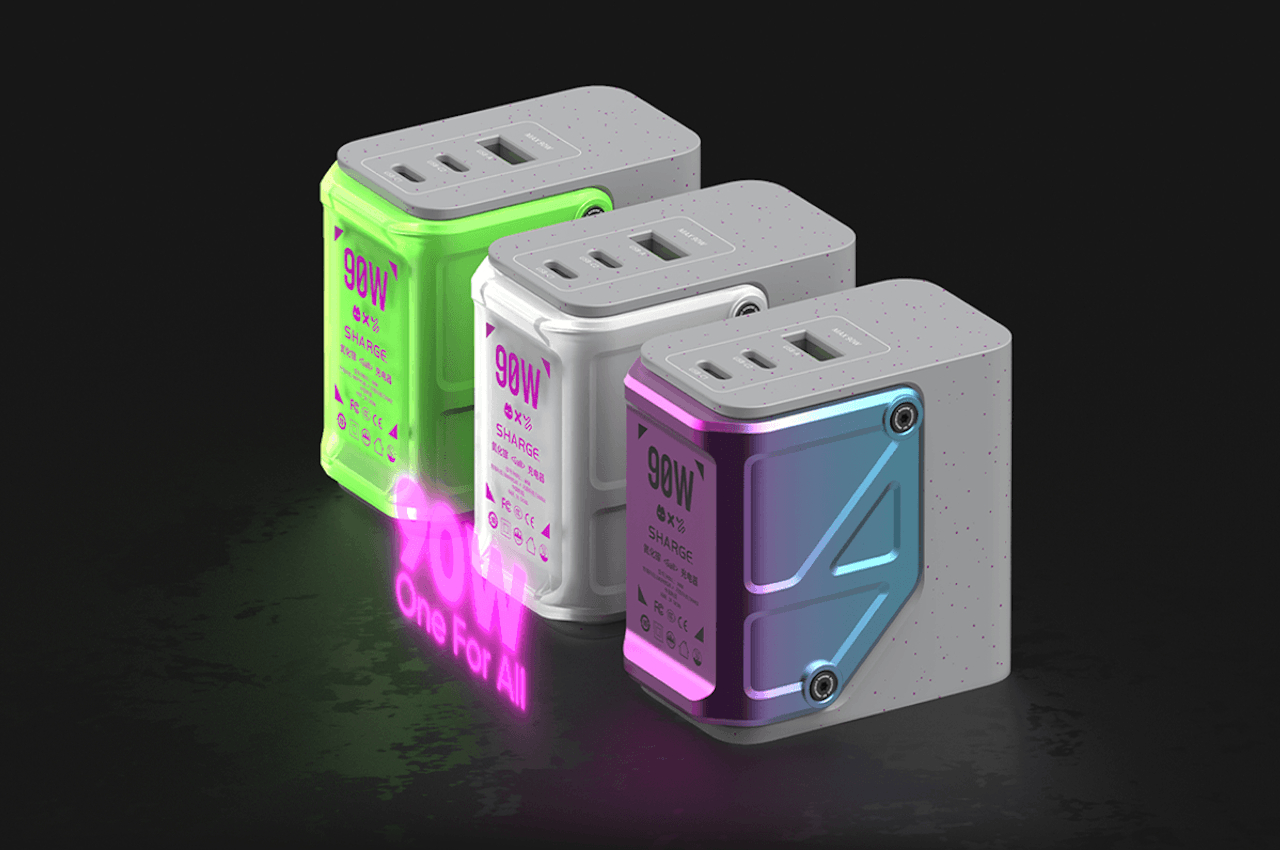 These interchangeable faces come in three designs, including a neon green shade that is often associated with cyberpunk styles. There is one that has a metallic luster that transitions from blue to purple to blue again. And to appease those with monochromatic tastes, there’s an option for a white plate that contrasts with the charger’s gray body. 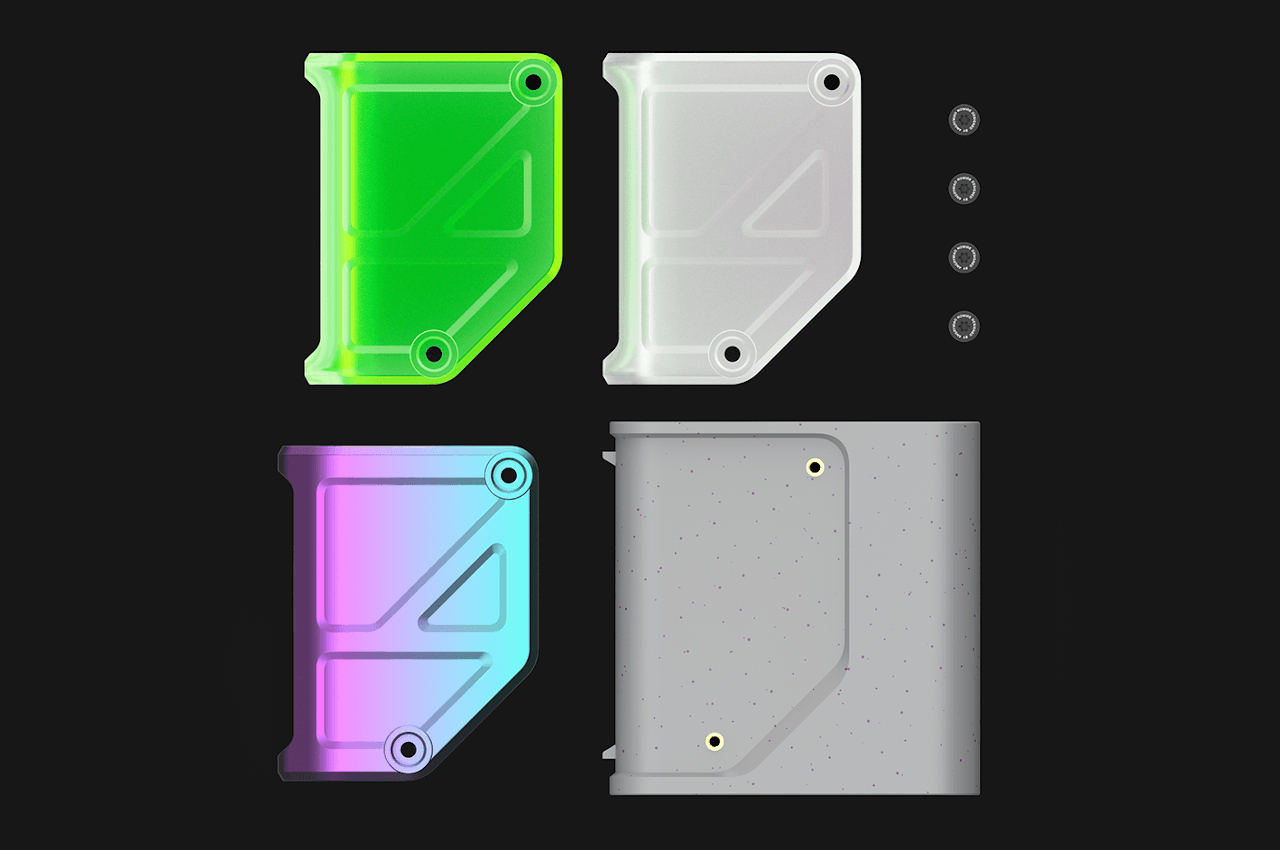 Some might knock the design as a simple coating over an old object, but you have to hand it to the designers for their attention to detail. Even the stainless steel PVD screws, which let you swap out those “modules,” have minute engravings that almost fit perfectly with cyberpunk culture’s flair for the extravagant. It might not be glowing in neon colors, but it’s a clear message that says, “Angry Miao was here.” There’s also a custom cable included in the package that has a matching colorful design with blue, green, red, and yellow stripes. 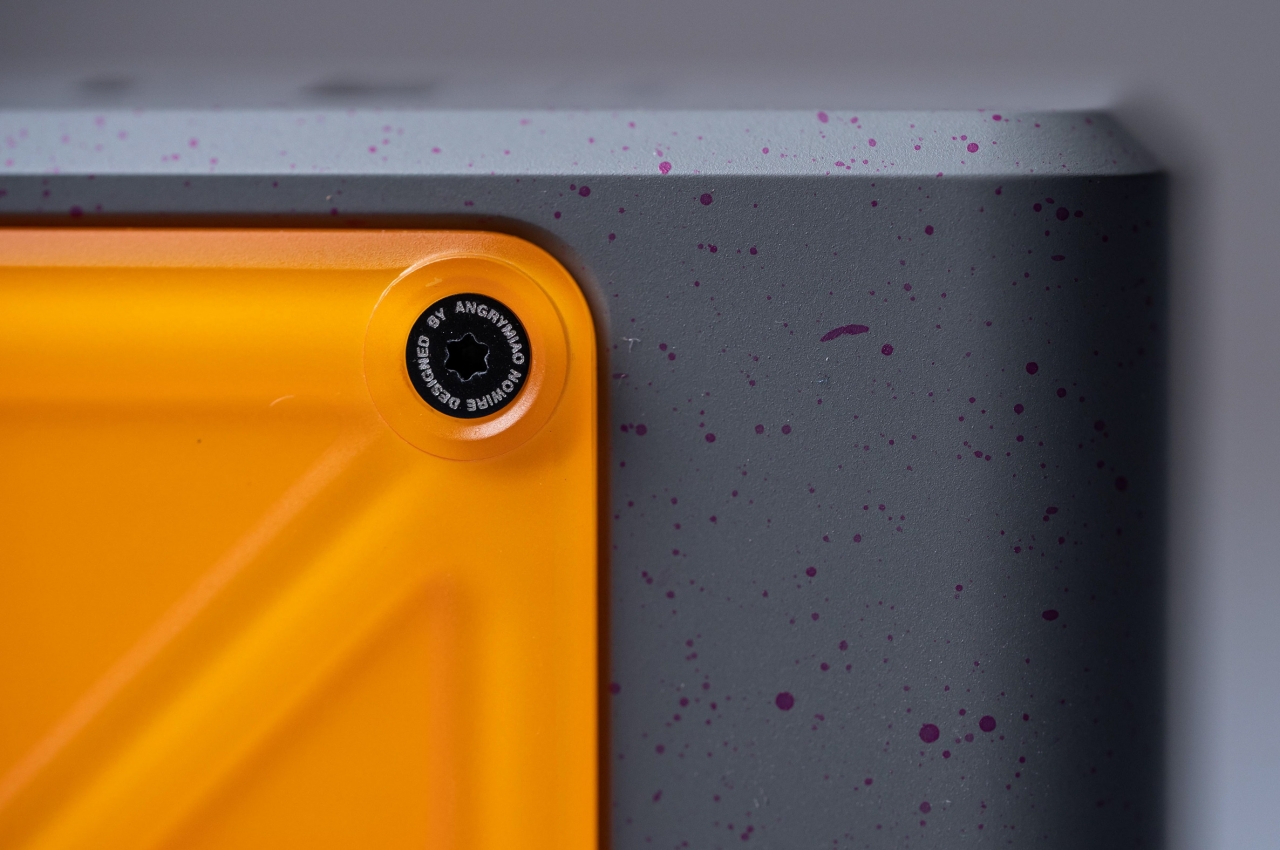 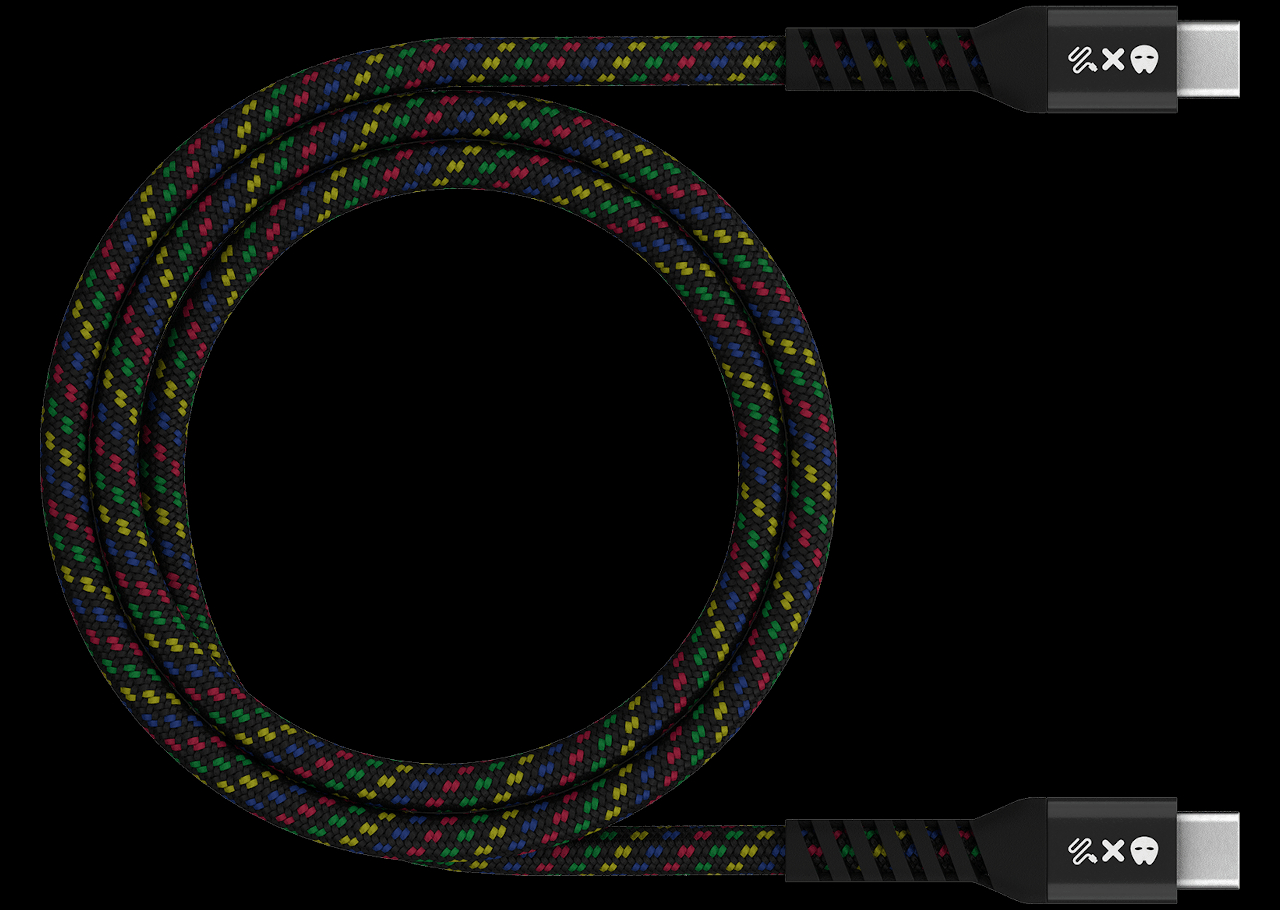 Admittedly, the charger is all serious business underneath that cyberpunk shell. The tiny box is capable of dishing out 90W of power, enough to charge some MacBook Pros, and sports both USB-C and USB-A ports. It even utilizes the now trendy GaN (Gallium Nitride) battery tech, which is how it manages to pack a punch despite its size. In essence, the charger doesn’t exactly offer any new technology and can even be outpaced by chargers from more established brands. It does, however, demonstrate that chargers don’t have to be black and white and boring, just that very few bothered to give the accessory some personality. 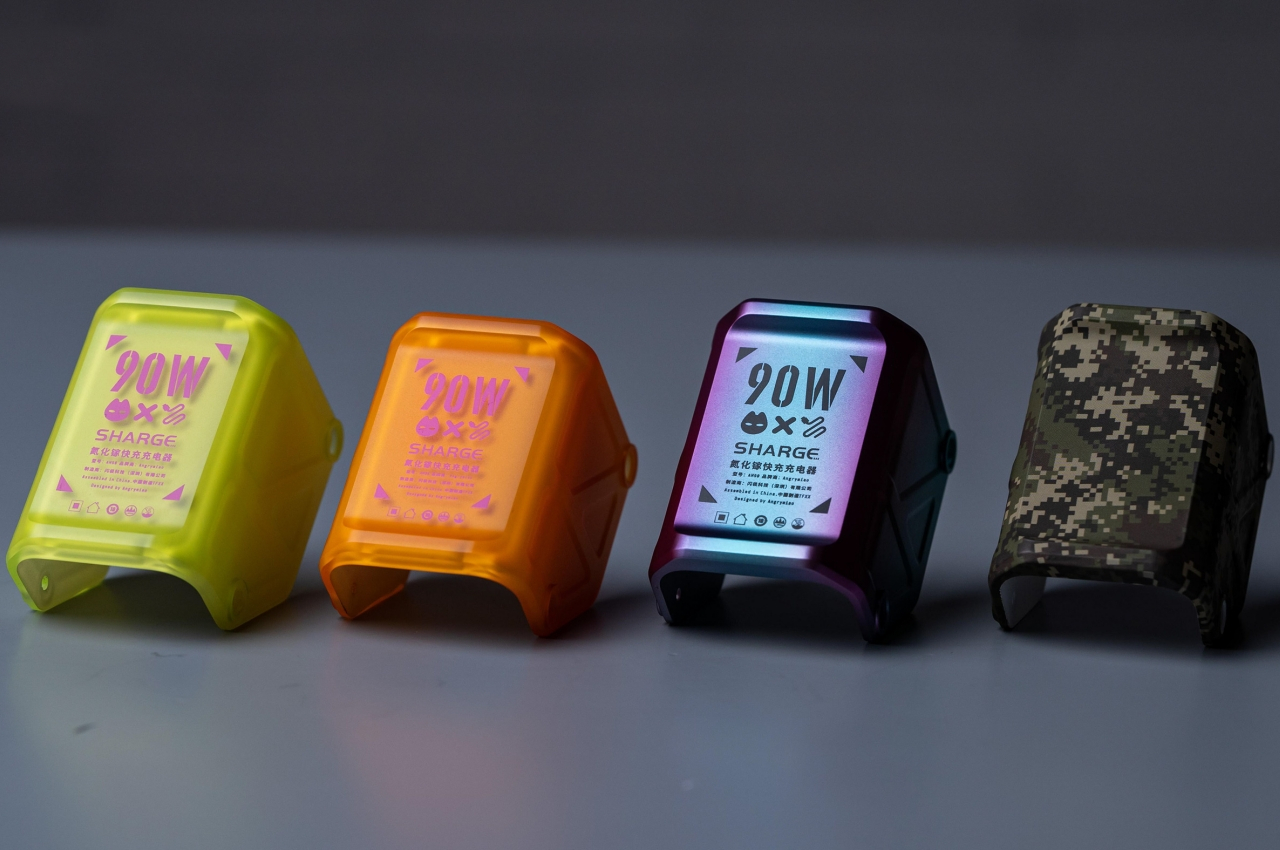 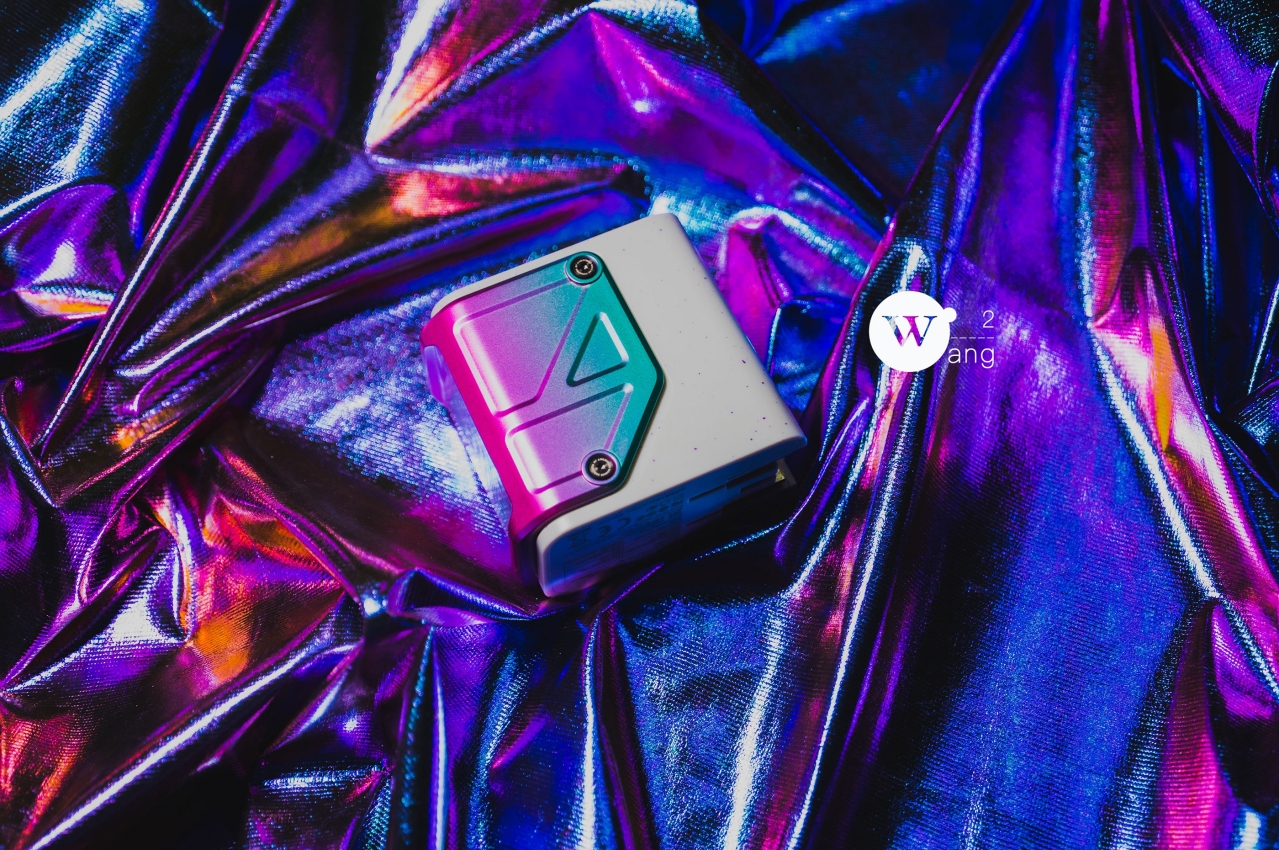 This is Gonna Be Big

The latest and greatest since the selfie-stick, Stesco is the first peripheral add-on that allows you to make high-quality 3D stereoscopic photos using two iPhones!…

This personal security wearable uses voice recognition + pressure sensors to keep you safe in an emergency!

This iPhone MagSafe wireless charging bank also doubles as a stand for your smartphone!

It looks like we’ve come full circle with the camel-hump battery case that Apple released for the iPhone back in 2015. However, the CLIP, by…

Before you guys go ballistic that you’ve seen this concept before, let me point of the differences…the previous one MAGI, was a light concept where…