We’ve seen a few interesting takes on the computer mouse, most of them trying to put a more ergonomic spin on a device that has changed little in the past decades. There are some that do defy commonly held standards in order to create an artful masterpiece that probably wouldn’t pass usability tests. And then there are those that end up making our jaws drop in how they turn a utilitarian piece of technology into an elaborate luxury item. It might not be made out of gold, but this metal mouse puts those expensive mice to shame by the sheer amount of details and the fact that it was all crafted by hand at someone’s personal workshop. 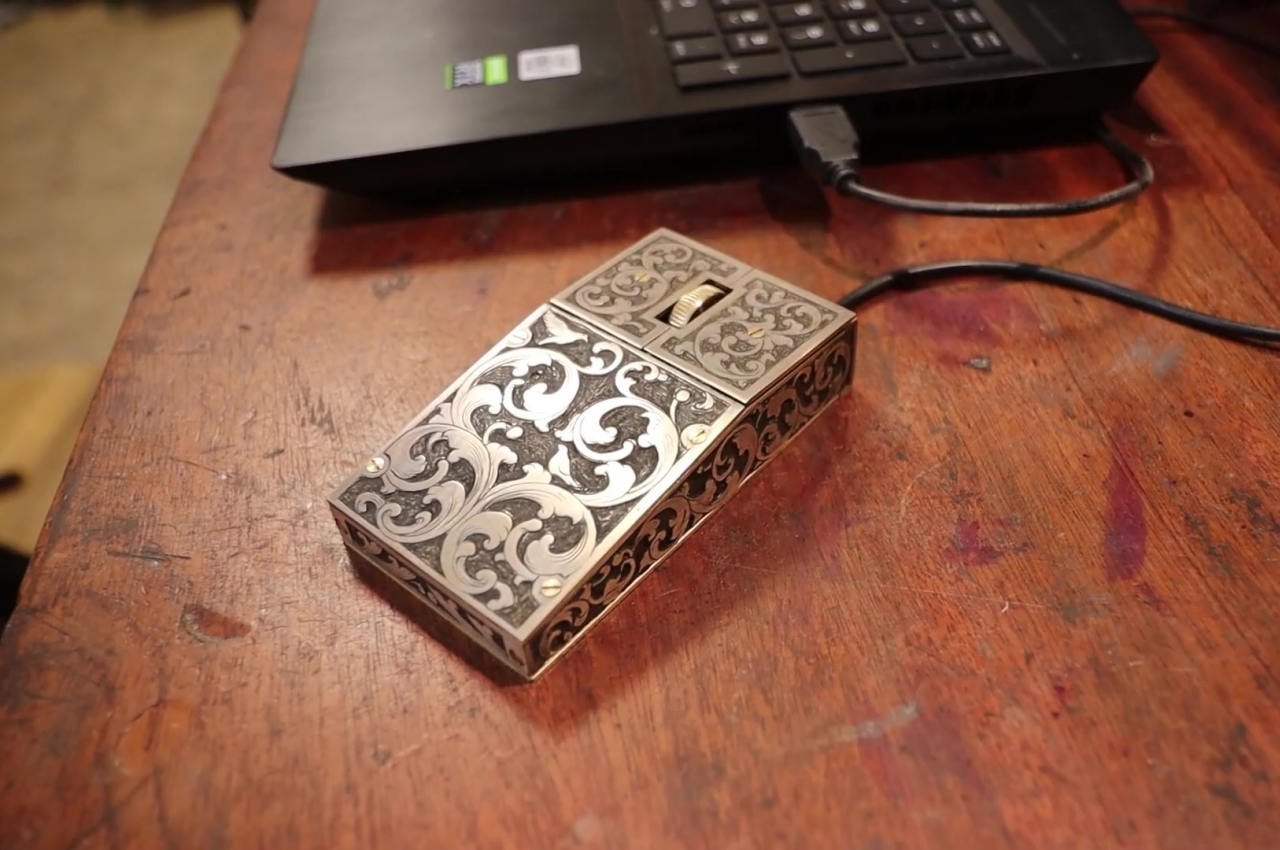 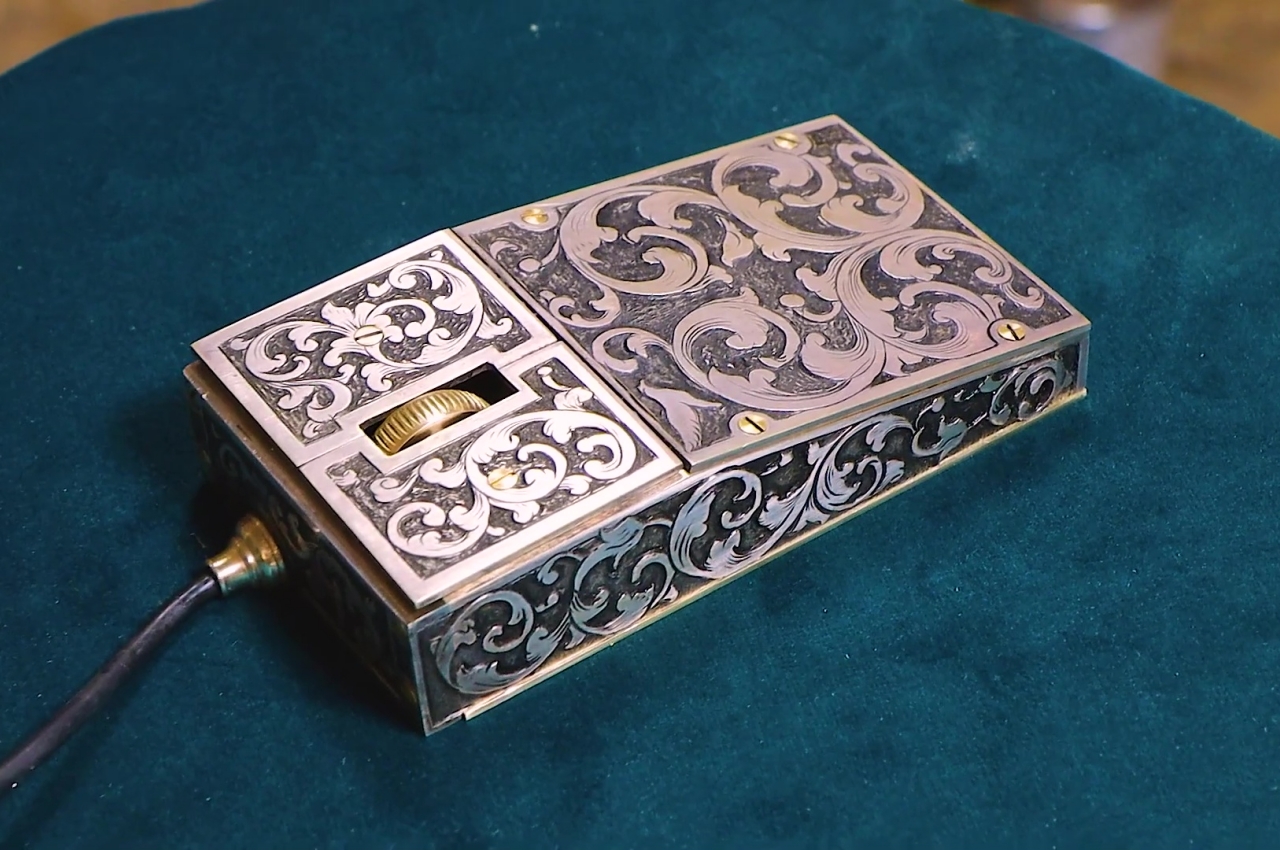 The basic design of the mouse hasn’t changed that much ever since the day it was first revealed to the public in 1968. You have a mostly rectangular piece of plastic with buttons on its head for clicking and some mechanism to actually map hand movements to the digital cursor on the screen. That mouse was never designed for comfort or efficiency, so designers and engineers have tried to refine that design over the years without completely throwing the mouse concept out the window. 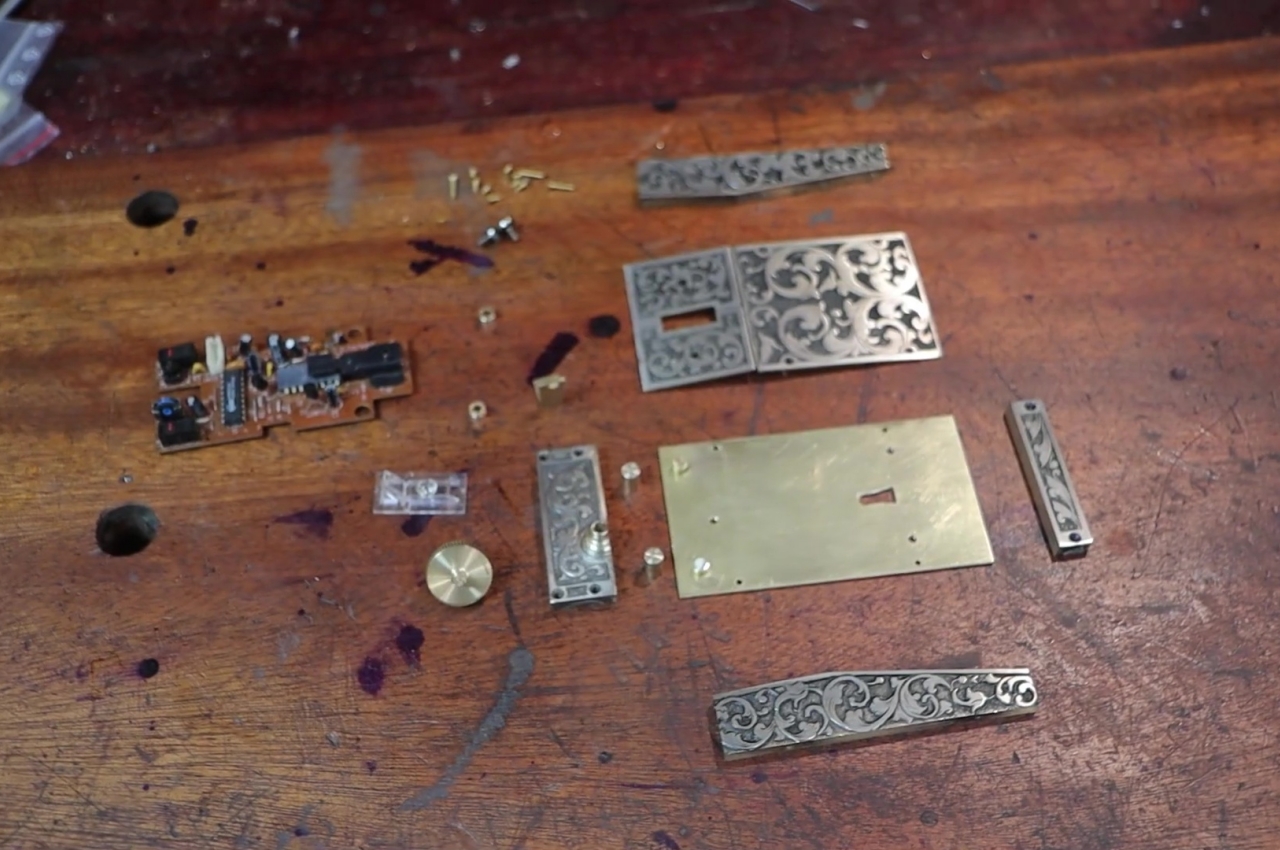 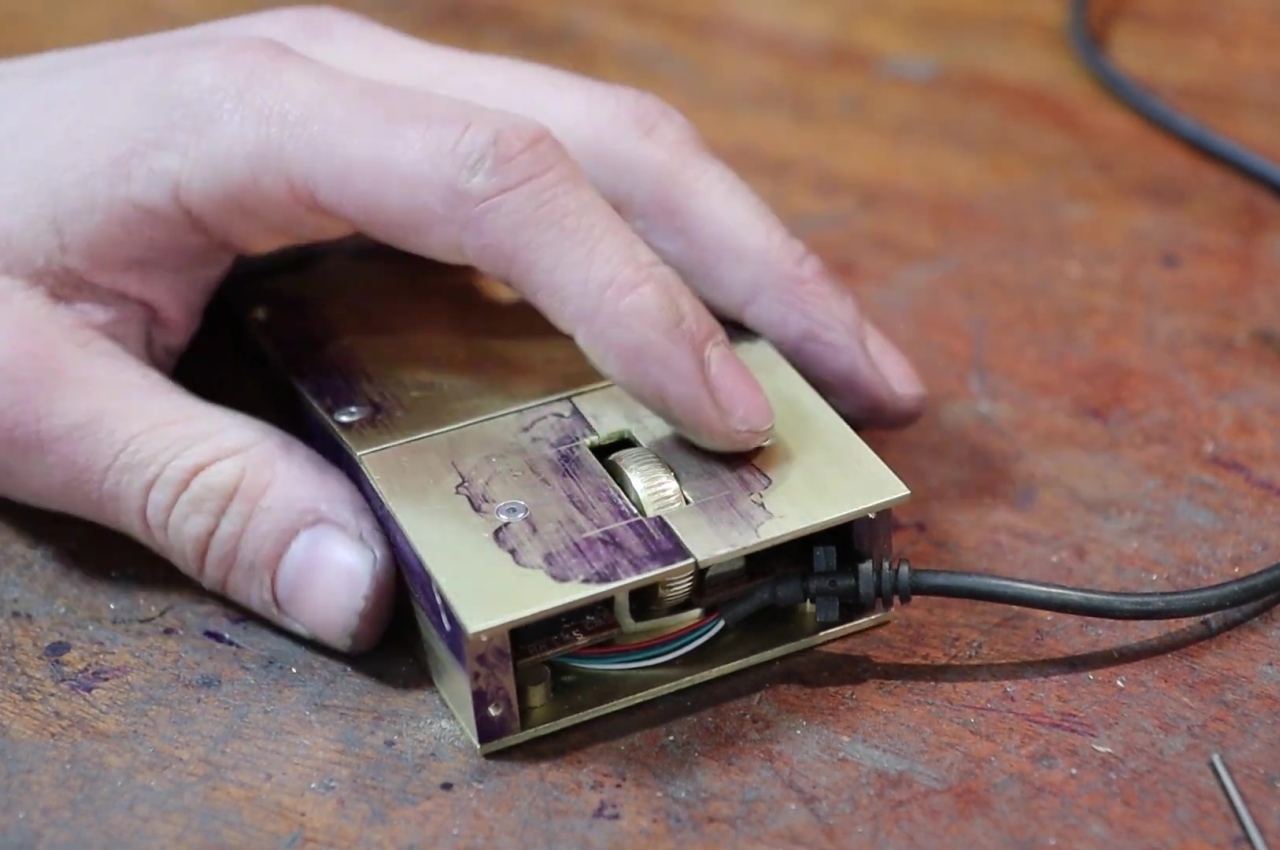 There are also some that have instead tried to glorify the electronic rodent with a different form or representation. We’ve seen transparent or leather-encased mice, mice that look like whales, and mice that can be flat-packed when not in use. This handcrafted mouse definitely takes the cake, though, because every part is made from scratch from metal, except for the electronics, of course. 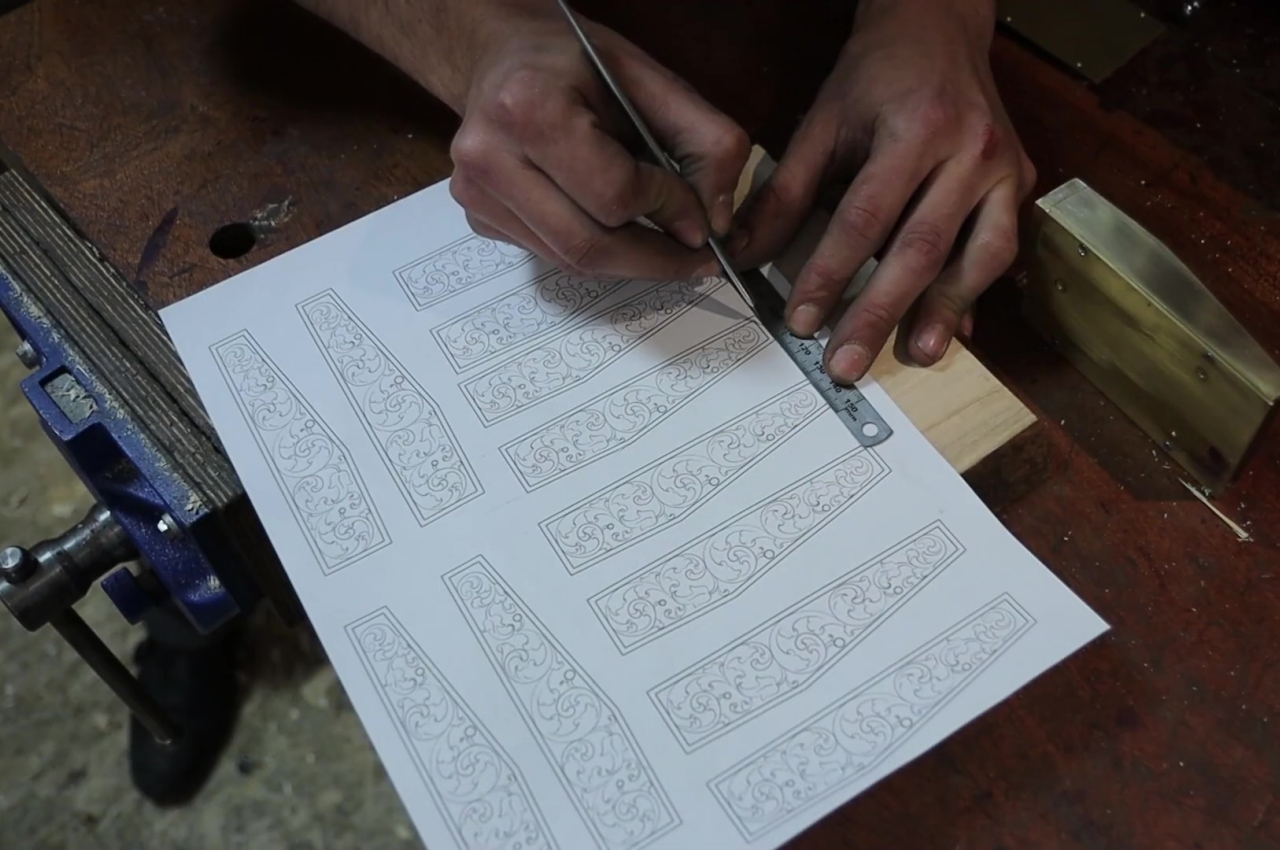 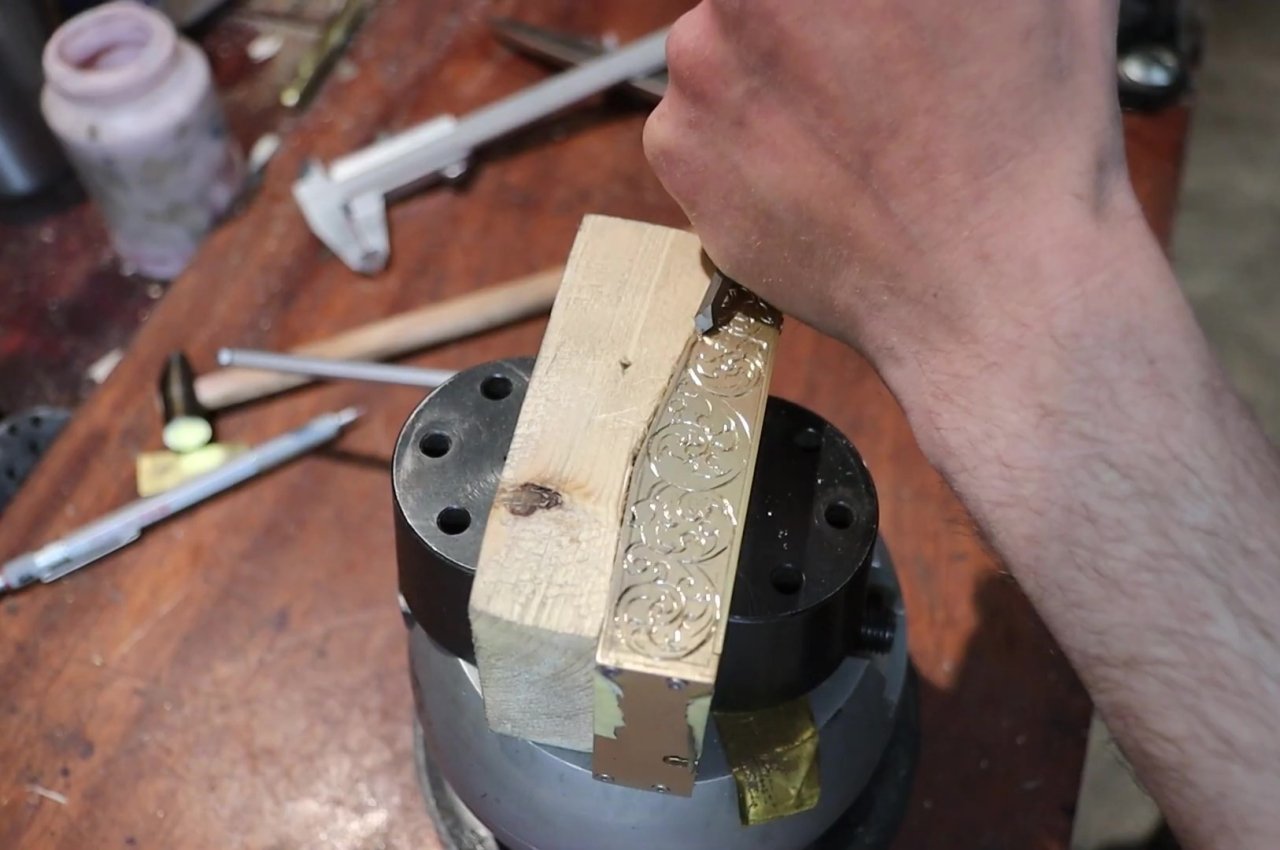 There’s almost something mesmerizing about seeing metal getting whittled down to size and shape, presuming you have your speakers muted. It’s even more mind-blowing when you learn that each piece of the mouse, other than the electronics where cut and shaped from raw pieces of metal. Not a single part, including the slots for the screws as well as the mouse wheel, was bought from stores. But that was only the tip of the iceberg. 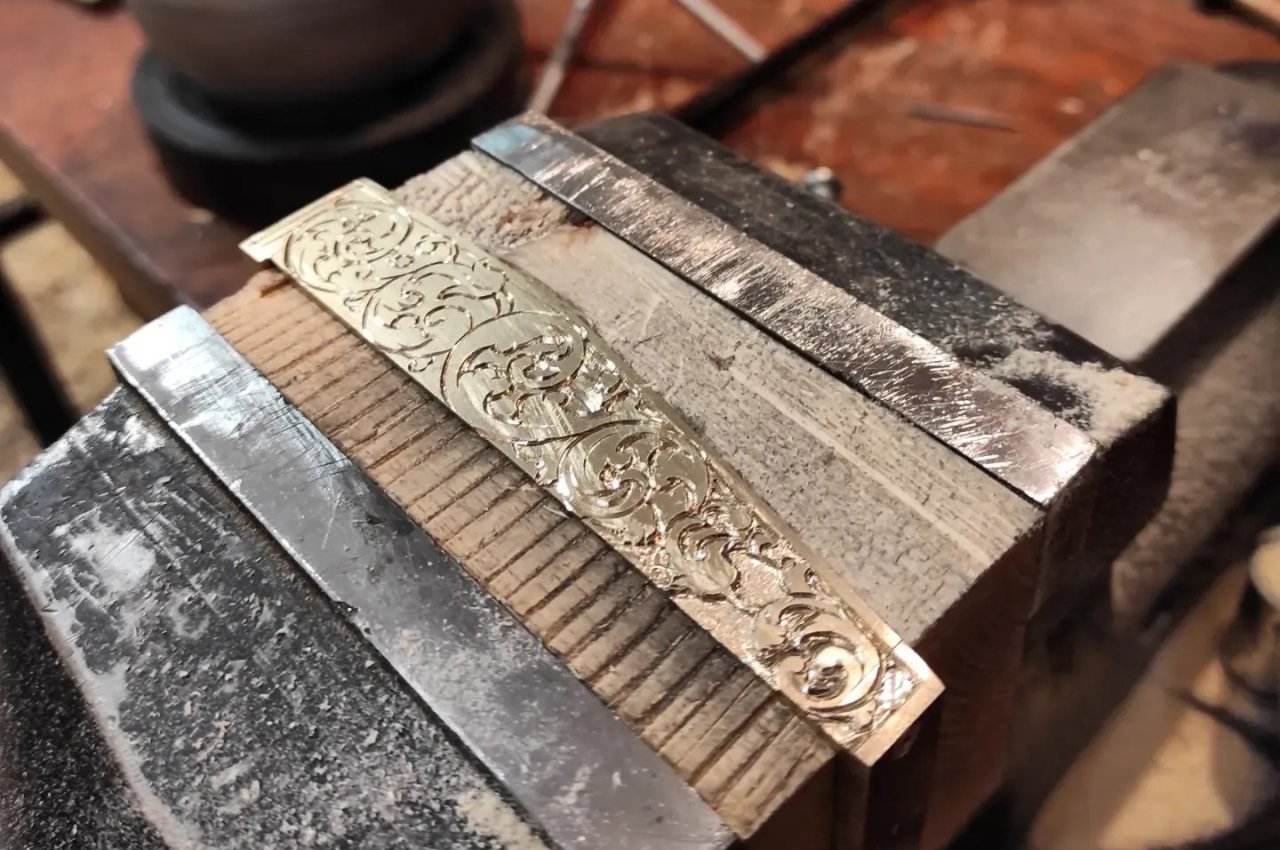 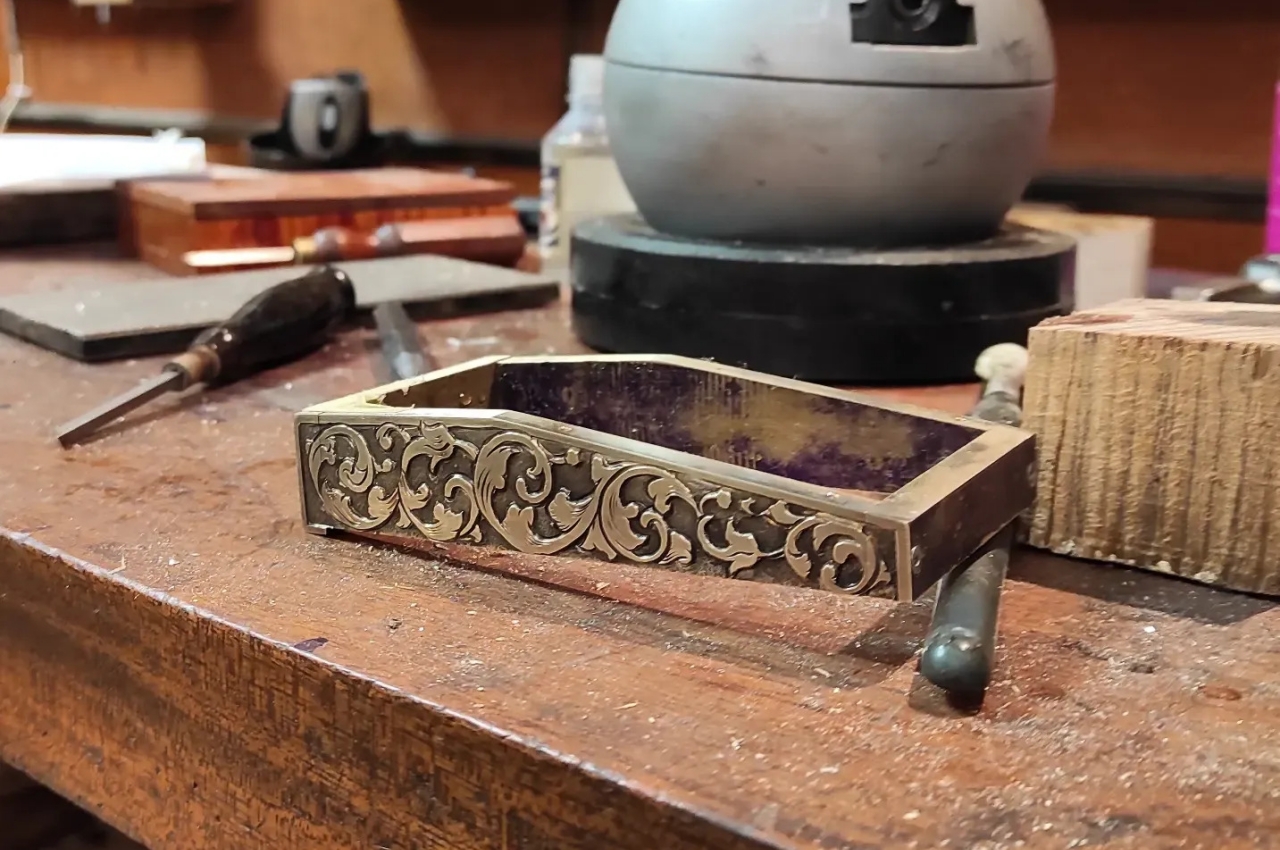 Each visible side of the mouse except the bottom is filled with ornamental patterns. And all these patterns were drawn and then engraved by hand. Yes, each of the flowing curves and shapes was painstakingly chiseled manually, with no assistance from a computer or a robot. The time-lapsed video makes it look too easy, but the intricate details clearly took hours and days of work. 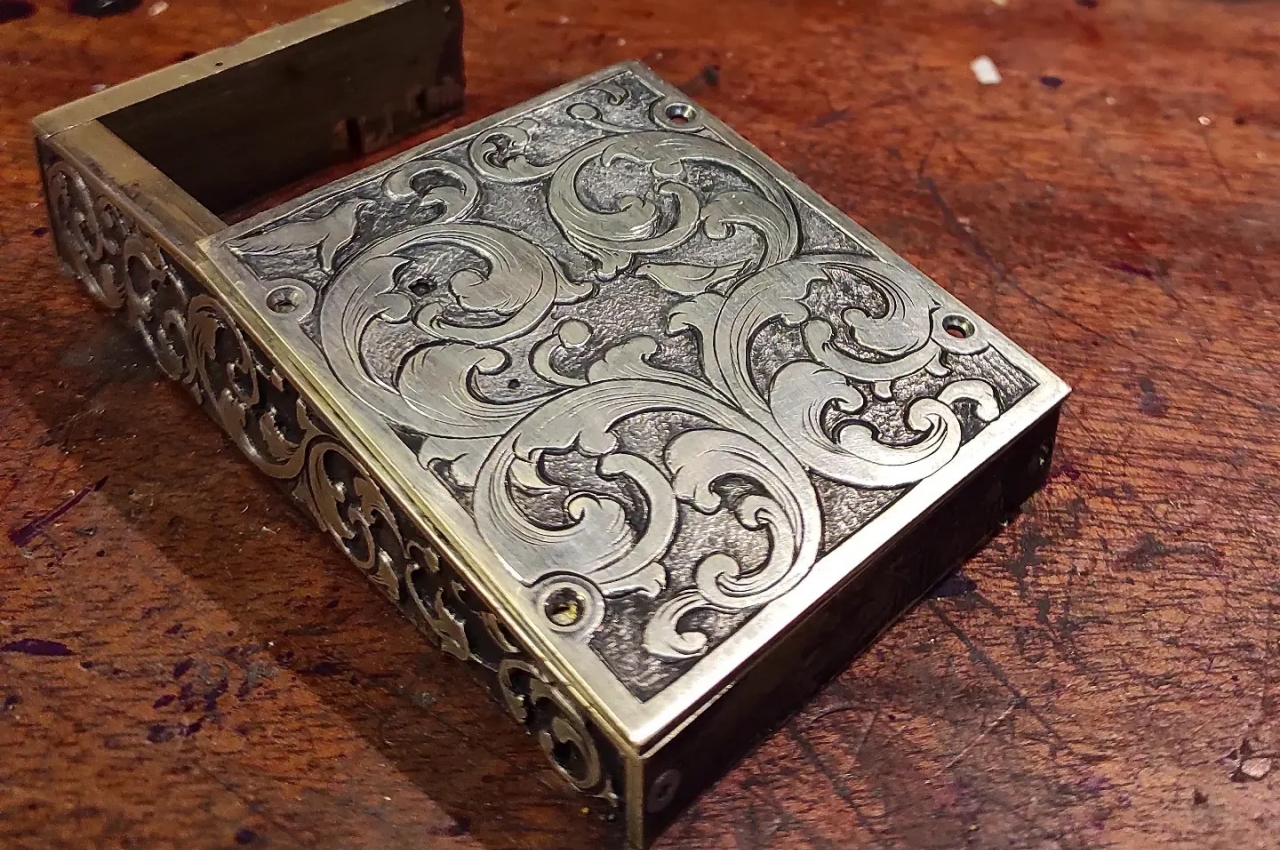 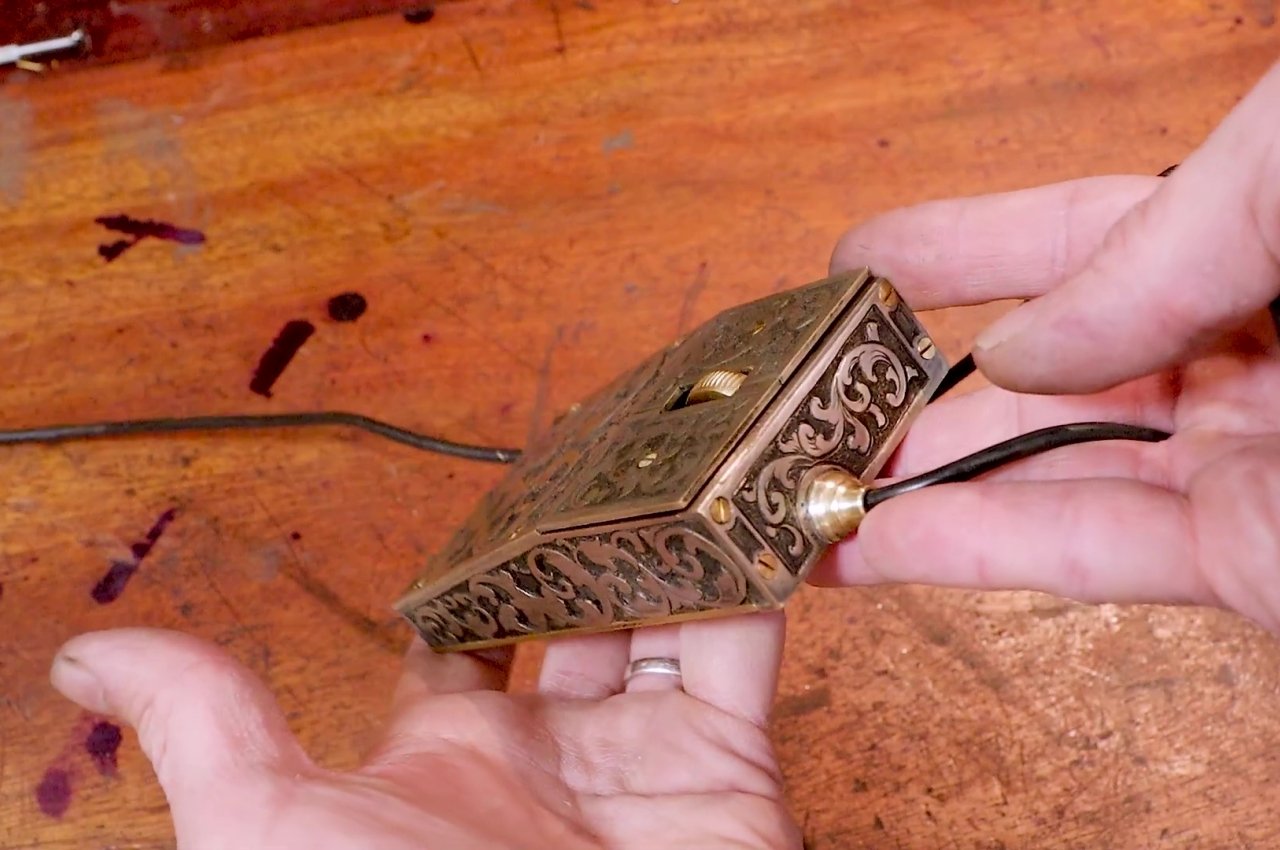 This beautifully engraved mouse does also work, though it’s hard to imagine it will be a comfortable experience in the long run. Of course, the project wasn’t made for ergonomics in the first place, so that’s not a fair point against it. It’s a handsome piece of art, without a doubt, and the fact that it actually works is just the icing on top. 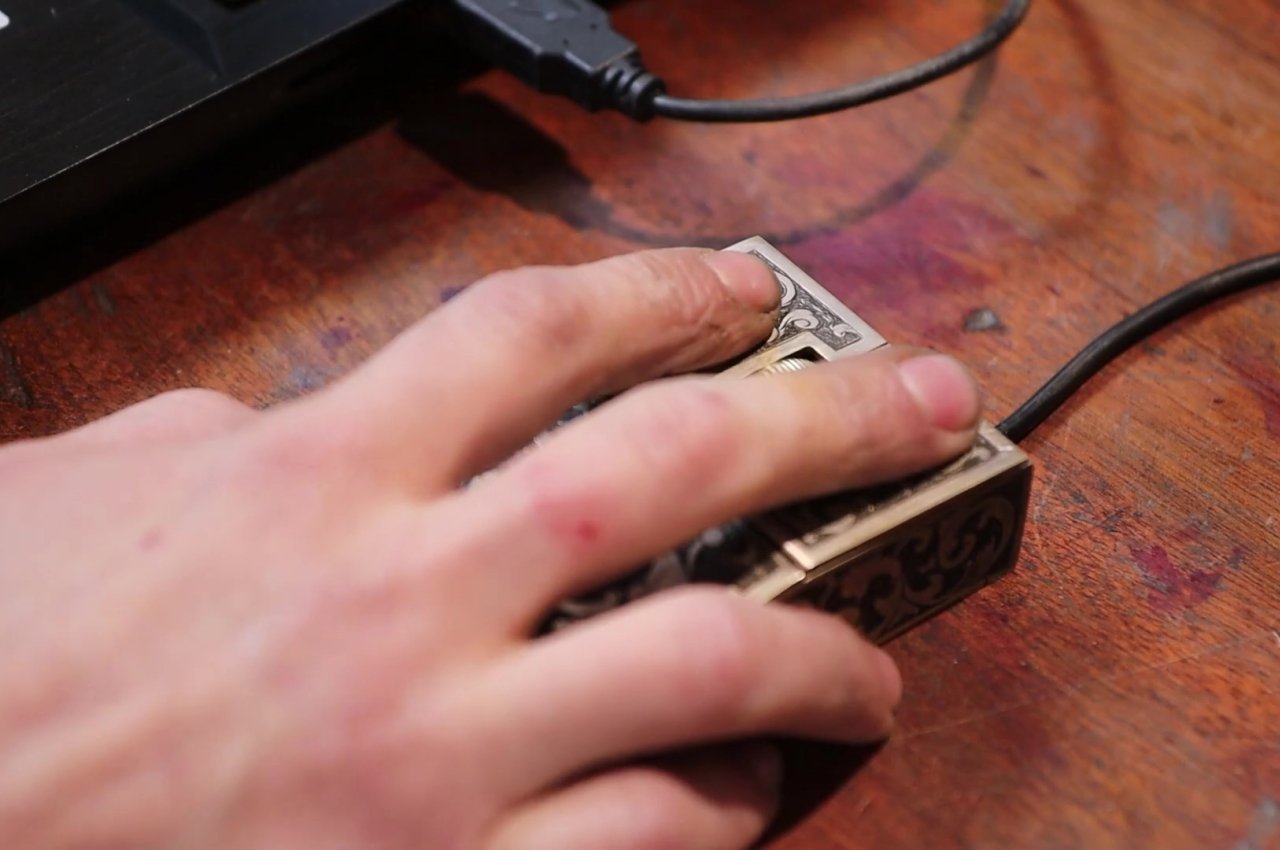 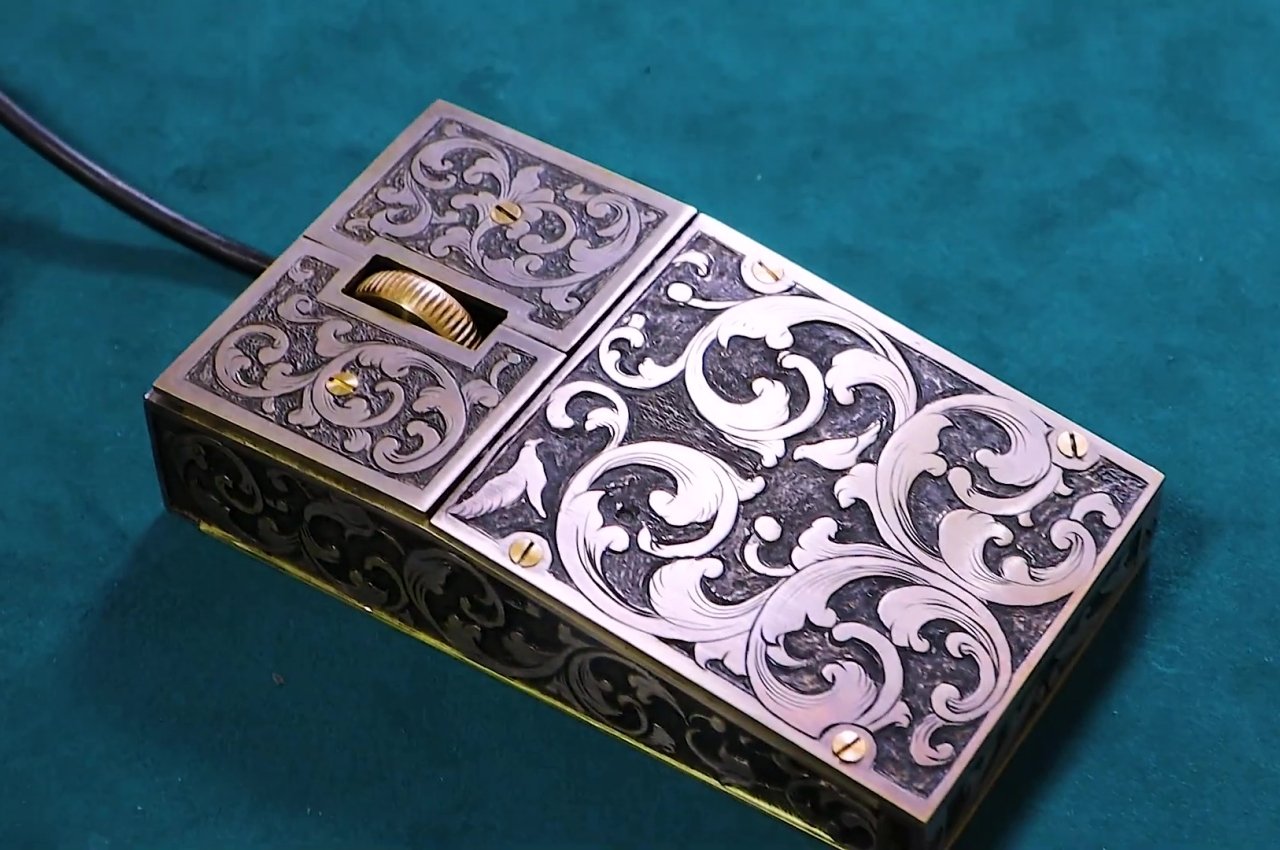 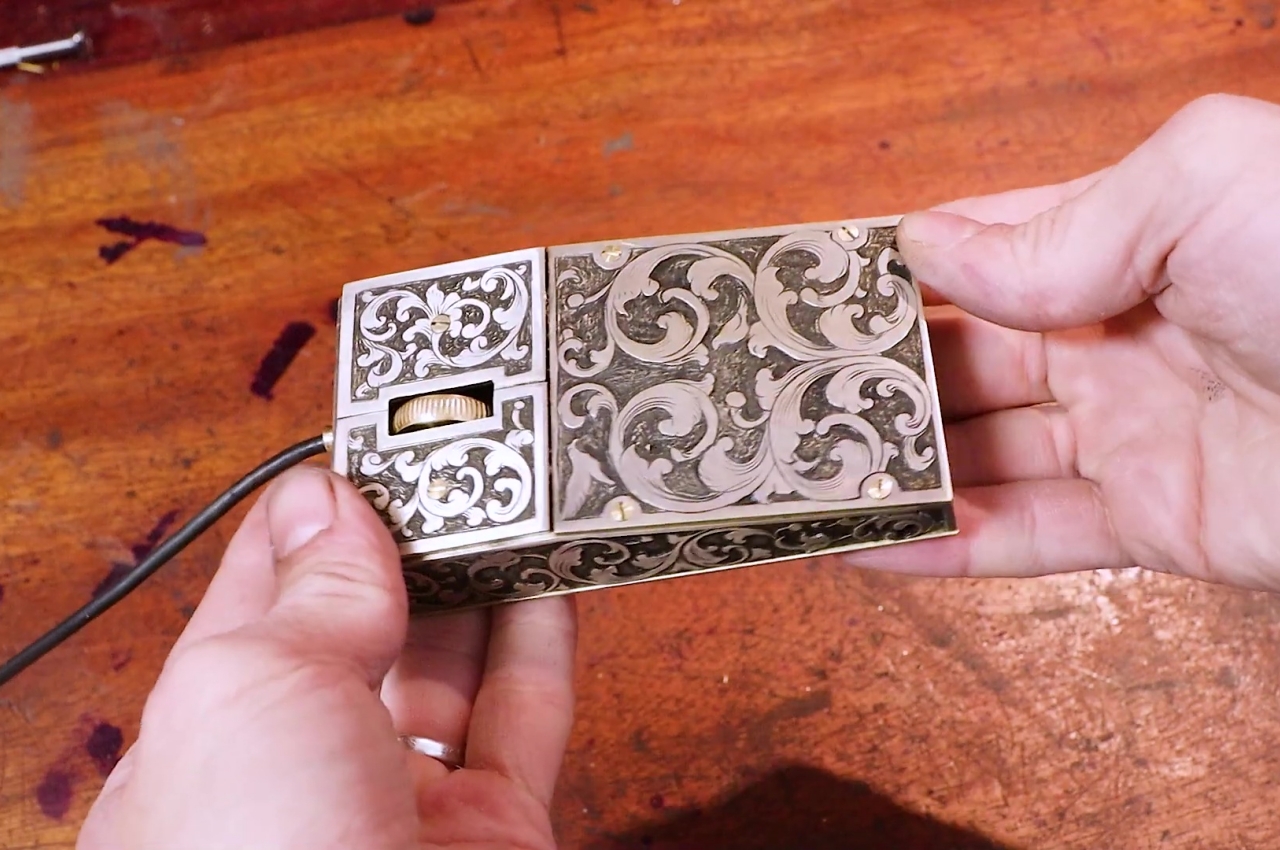 We’re living in a world where virtual and physical realities are slowly inching towards a seamless amalgam. The interaction between the two realities is making…

Over The Edge Printing

Printers are necessary evils, your office can’t function without them and they occupy too much of space! Maybe this is why concept designers are playing…