In designing a watch to mark their 10-year anniversary, the folks at WT Author also ended up encapsulating their entire philosophy into 10 principles that govern how the independent UK-based watchmaker creates its timepieces.

WT Author’s first rule applies squarely to their watch’s overall design – to Be Unique. Their latest collection, the FINAL COUNTDOWN series looks distinctly different from any watch you’ve seen. It comes with a square body, but has a 12-sided polygonal bezel and a circular dial. The date window isn’t at 3 o’clock, where you’d expect it to be – instead, it’s at the 4 o’clock position, looking decidedly out of place, but in a ‘rules are meant for breaking’ way. Similarly, the watch’s crown sits at the 4 o’clock position too, creating a kind of asymmetry that feels pleasantly rebellious. 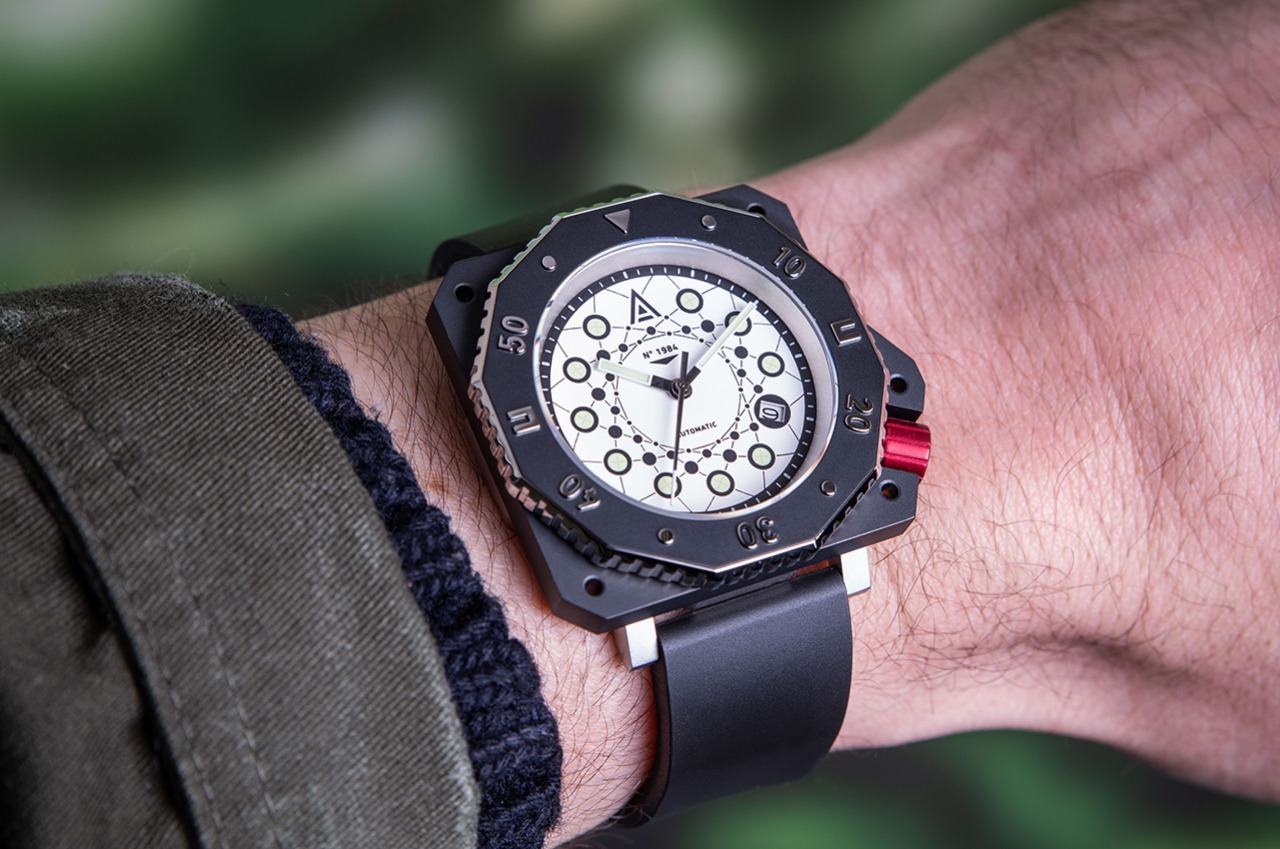 The Nº 1984 White Variant [Orbit] envisages a vast network of satellites that played a prominent role in global defence. The Strategic Defence Initiative [SDI], derisively nicknamed the “Star Wars program”, was launched in 1984.

The FINAL COUNTDOWN series of watches come in a staggering 10 different variants, with unique color schemes, iconography, and visual palettes that are designed to captivate instantly. The watches aren’t for the minimalist at heart, or for the Apple Watch-wearing, step-counting, heart-rate-checking kind. They’re designed with an attitude that goes beyond what a minimal watch or a smartwatch can offer. The watches are named after years, going from 1980 to 1989 while also visually representing key events that happened during those years. For example, the Nº 1980 Green Variant [Invincible] takes inspiration from aircraft carrier radar displays, paying tribute to the HMS Invincible, which was commissioned by the Royal Navy on Friday, 11 July 1980. The Nº 1984 White Variant [Orbit], on the other hand, envisages a vast network of satellites that played a prominent role in global defense. The Strategic Defence Initiative [SDI], derisively nicknamed the “Star Wars program”, was launched in 1984. My favorite of the lot, the Nº 1987 Orange Variant [Vanguard], displays the instantly recognizable submarine radar display as a tribute to the Vanguard-class submarine ‘Victorious’, which was laid down Thursday, 3 December 1987. 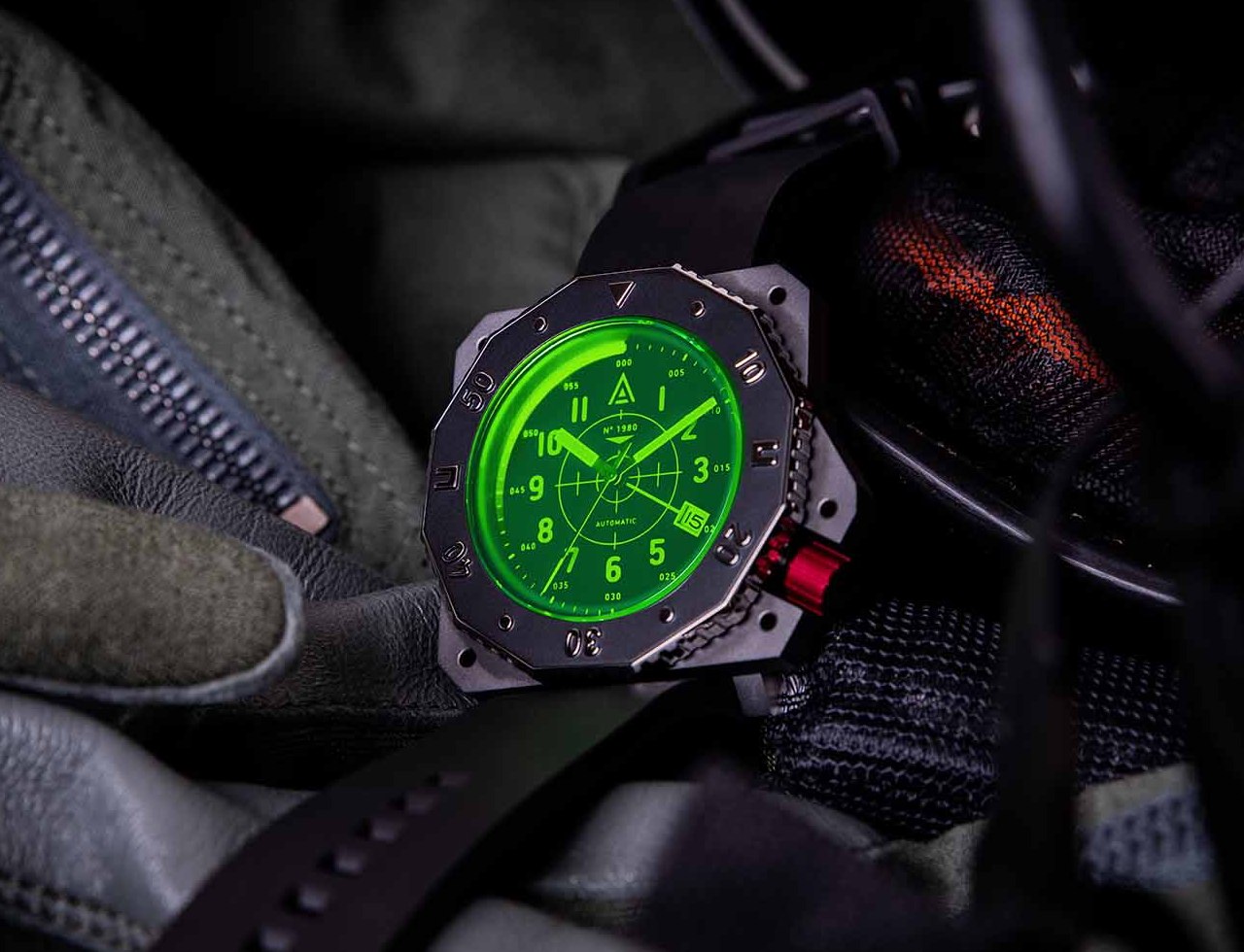 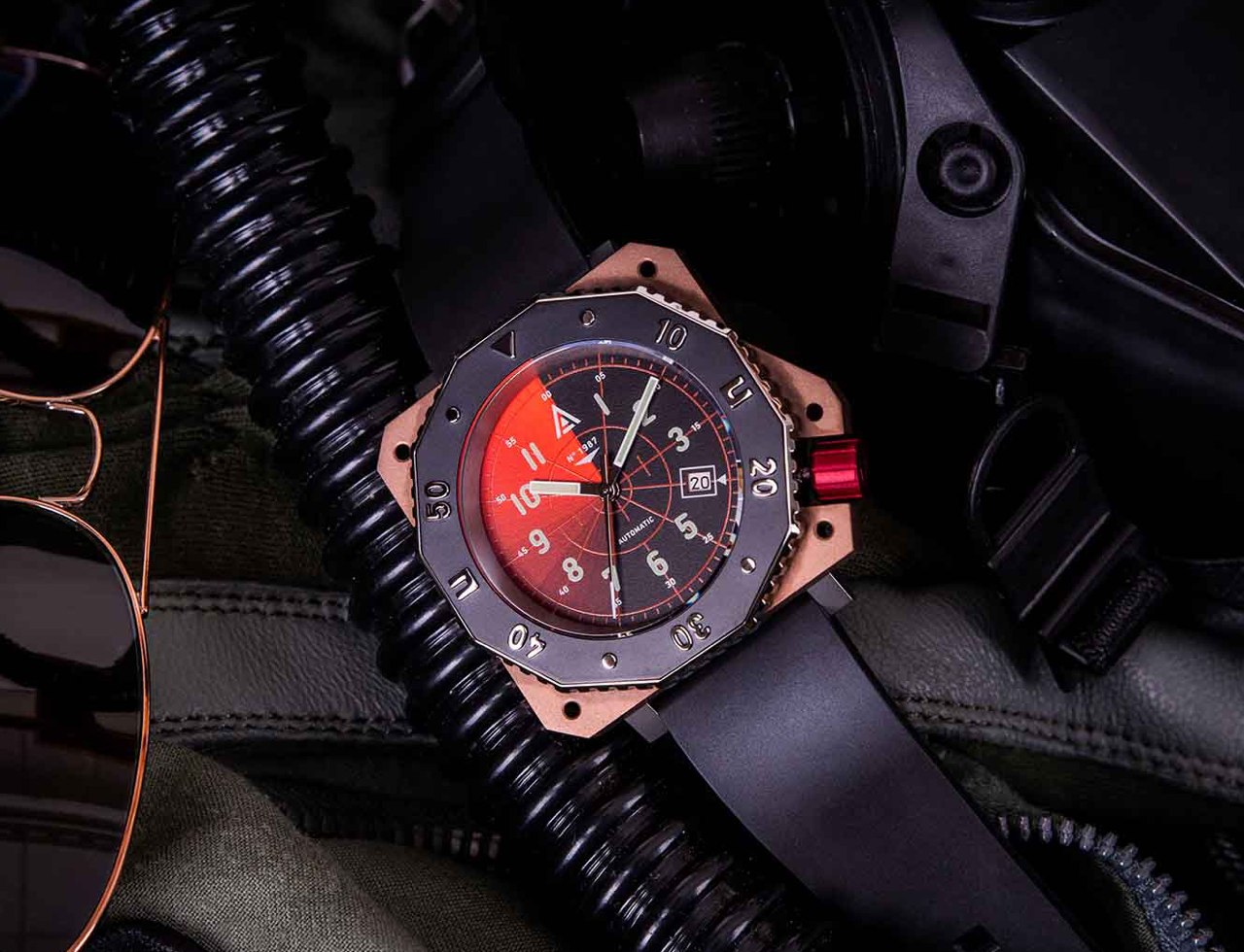 WT Author’s Rule 2 of watch design states the importance of Leaving a Legacy. To that very end, each watch from the FINAL COUNTDOWN series comes with a set of artifacts and easter eggs, from individually numbered and autographed sketches and blueprints, to assembly photographs, and a manually wax-sealed box. These create a sense of intimacy between maker and patron, allowing buyers and wearers to form a bond with the watchmaker and appreciate the piece even more. How does this scale to watches that are being mass-produced in the thousands? Well, it doesn’t, because as per Rule 3 – Keep Things Limited – each variant of the FINAL COUNTDOWN Watch Series is limited to just 50 pieces. It isn’t a masterpiece if it’s mass-produced.

Rule 4 of watch design is almost directly influenced by the rise of Kickstarter. The rule, which squarely states ‘Price You See = Price You Pay‘ is a direct result of watchmakers being allowed to directly reach out to customers and cut out the middleman. This means even though the FINAL COUNTDOWN watches are incredibly limited-edition, they’re still ‘honestly priced’, and don’t have brand markups, warehouse costs, retail cesses, etc. More on the price later on – we’ve still got 6 more rules to cover. 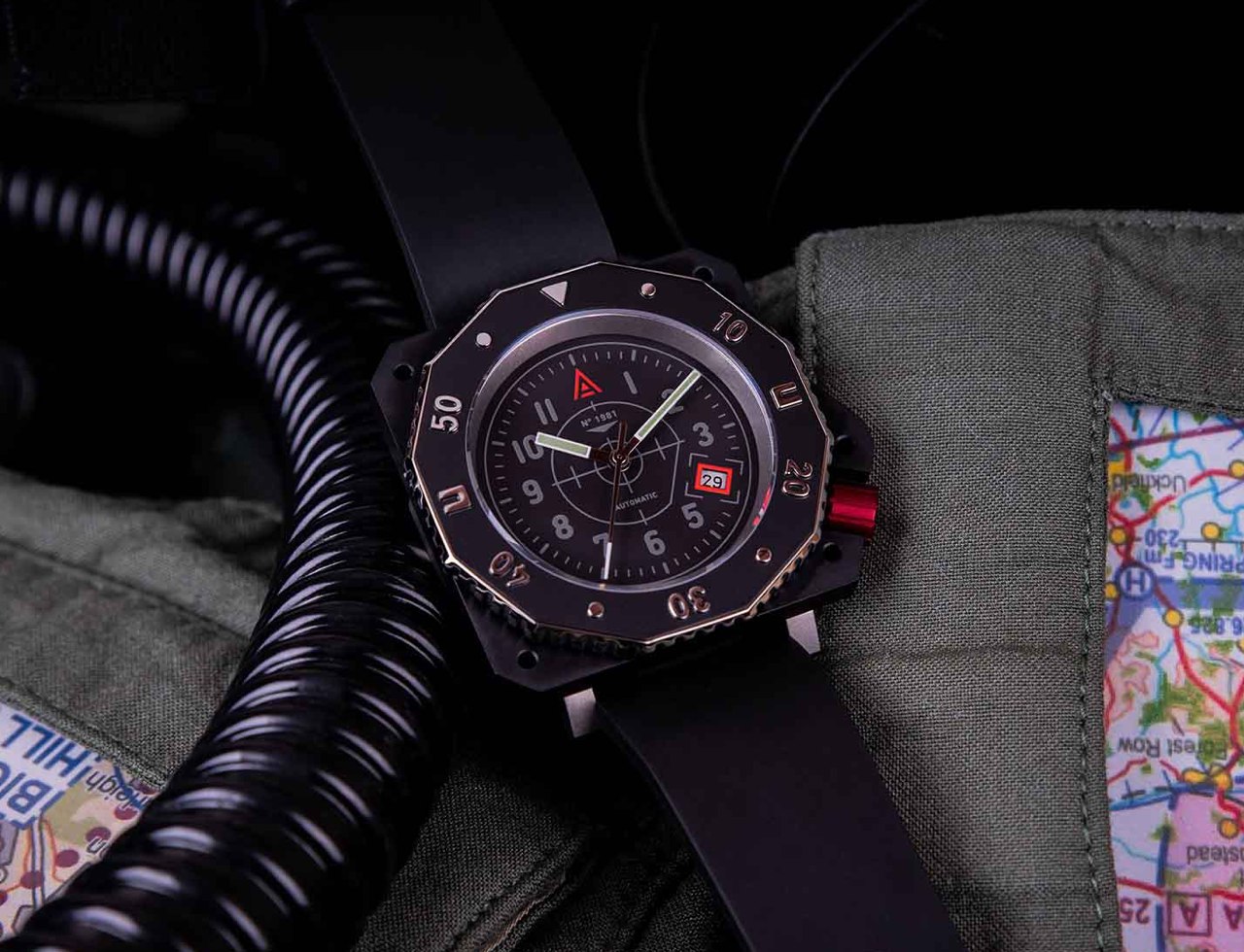 The Nº 1981 Black Variant [Stealth] is designed in accordance with features to make detection by radar or sonar difficult. The first flight of the single-seat, twin-engine Lockheed F-117 Nighthawk took place on Thursday, 18 June 1981. 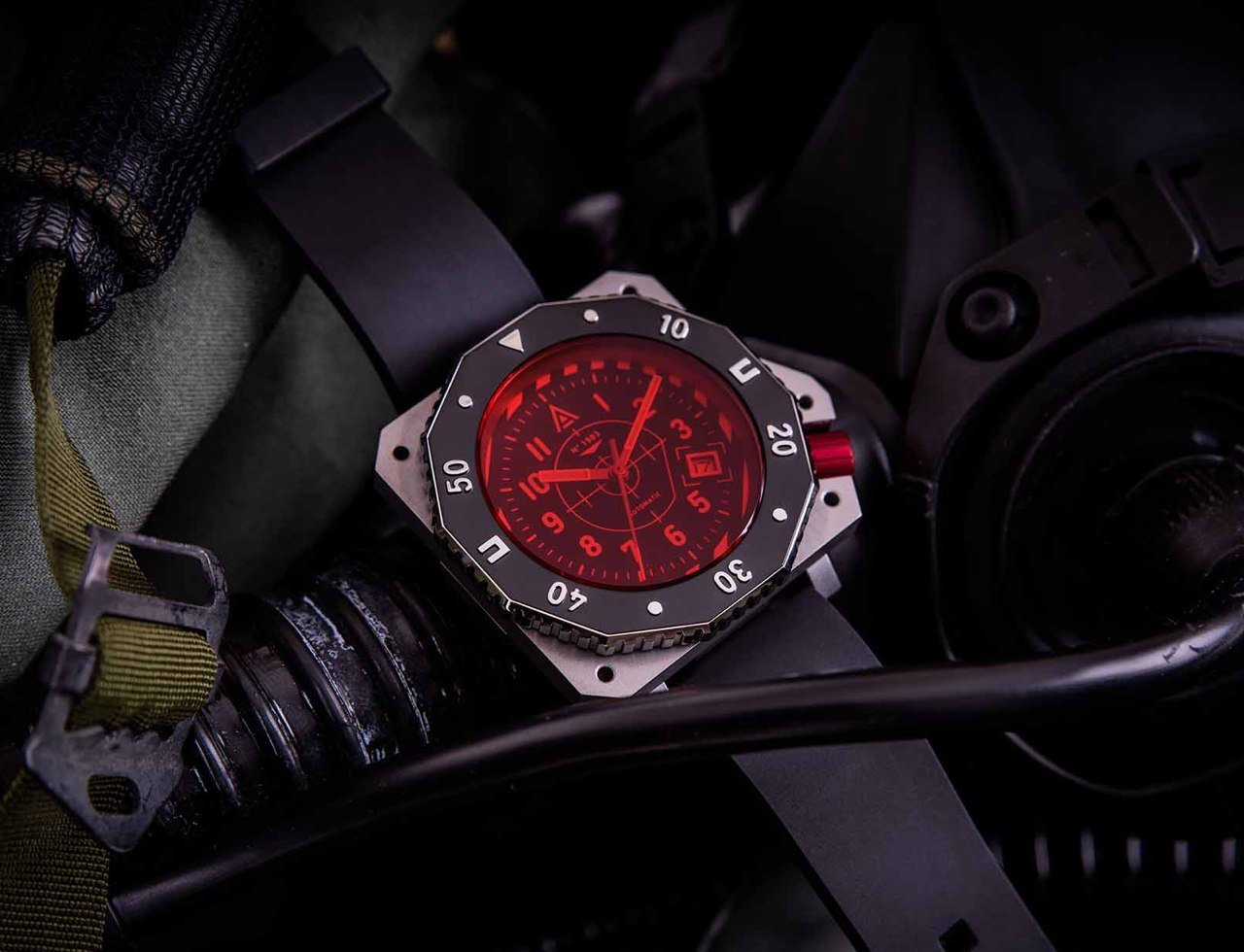 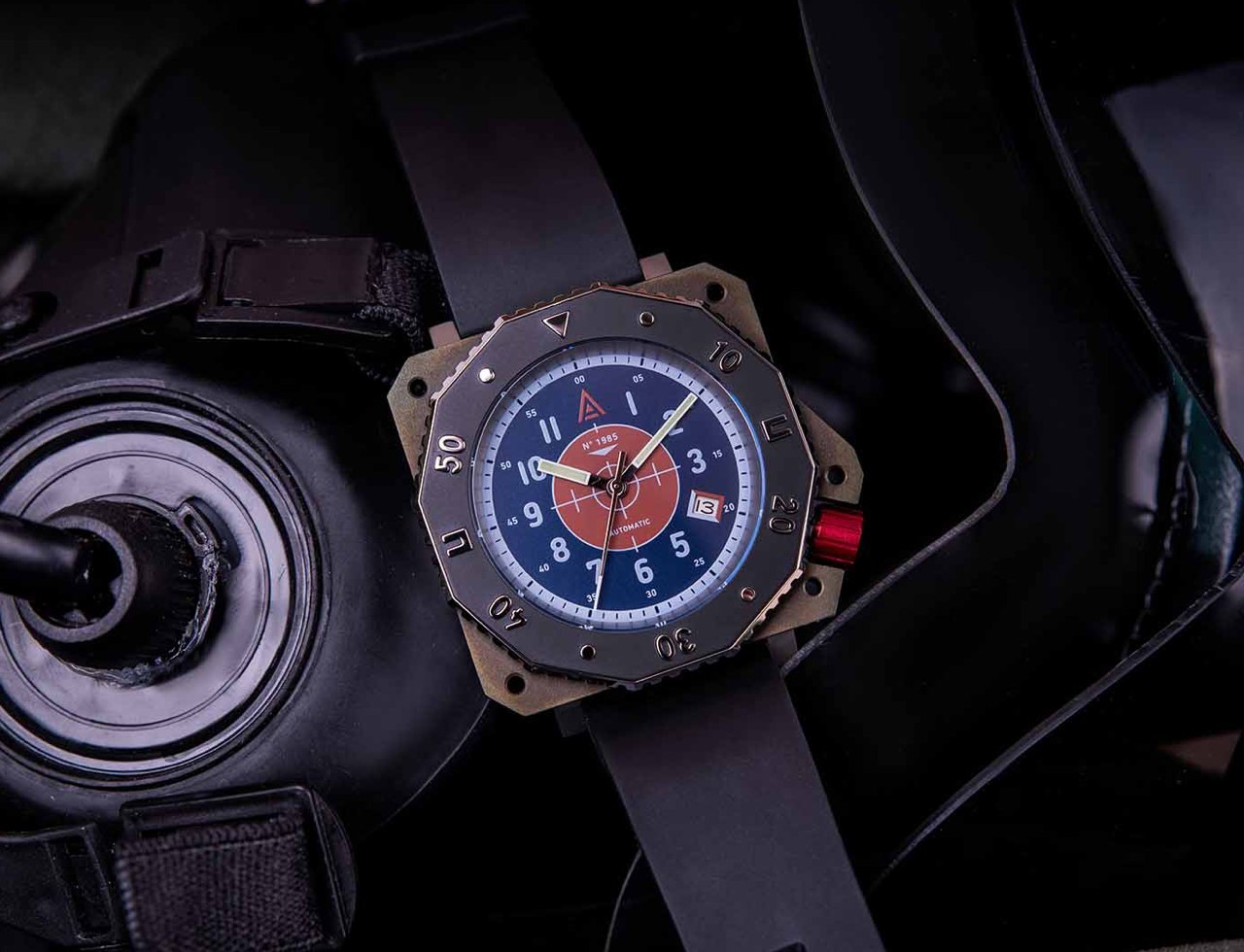 The Nº 1985 Blue Variant [Bird of Prey] includes a visual reference from the Type B British roundel. The insignia can be found on the British Aerospace Harrier II. It’s first flight was Tuesday, 30 April 1985.

Rule 5, 6, 7, and 8 emphasize the watch’s masterful construction and a blatant rejection of meaningless marketing fluff and taglines. Value in Desirability, Being comfortable in one’s own skin, Not taking the easy route, and Not settling for Mediocrity are all references to the way the watch is built in WT Author’s UK-based studio with the finest parts and attention to detail. Now it’s easy to just dismiss these rules as woke ramblings, but even though you don’t always acknowledge it, everyone is predisposed to buying honestly made quality goods online. Nobody purposely buys a terrible product – everyone’s searching for craftsmanship – especially in something so intricately crafted as a watch. 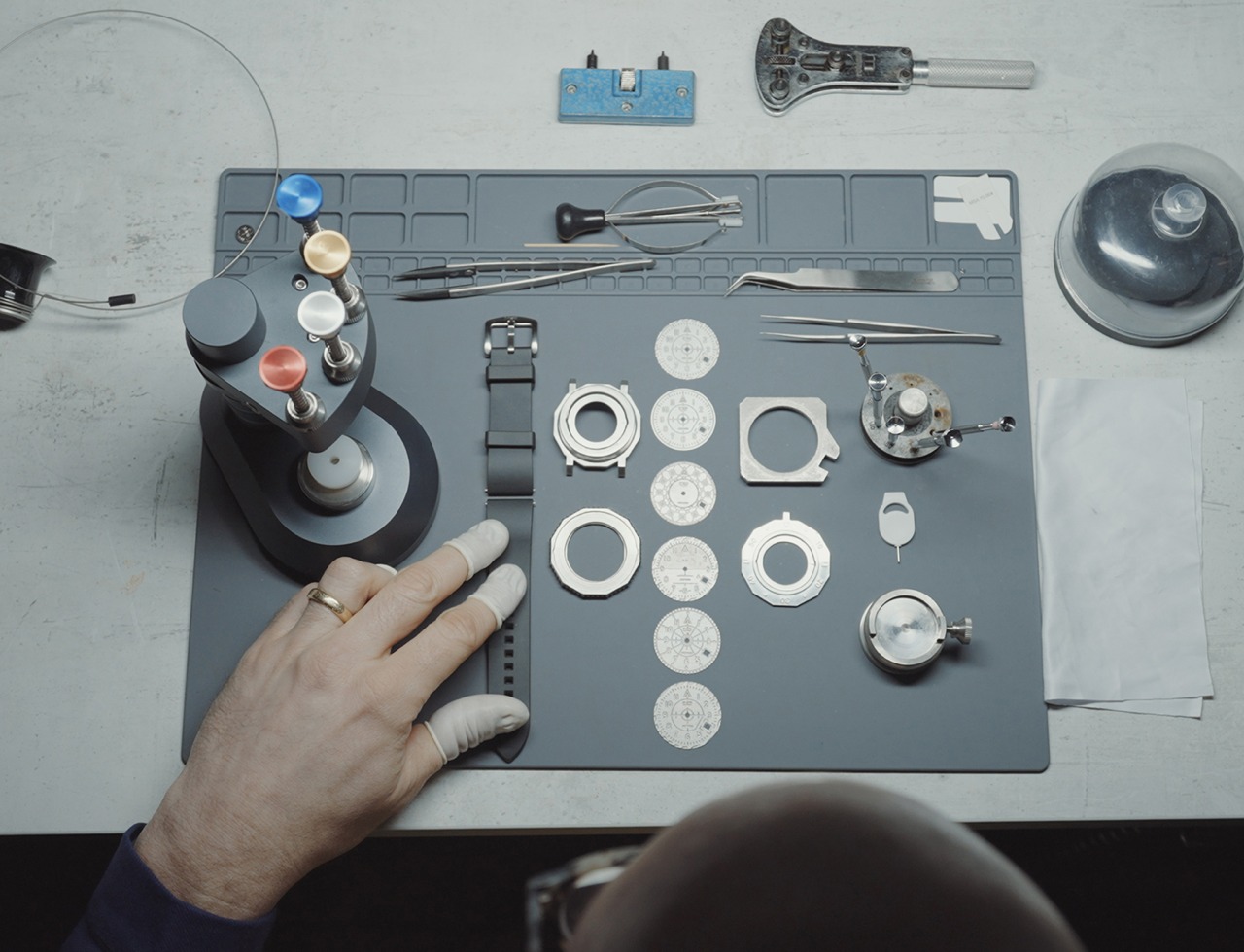 Each of the FINAL COUNTDOWN watches is made with a 316L stainless steel body, featuring a 12-sided unidirectional rotating bezel on which sits a solid sapphire crystal cover. The watch’s screw-down exhibition back features a crystal lens cover too, allowing you to peer right in to see the watch’s Miyota Caliber No 9015 Mechanical Movement. The automatic movement has a quick date setting feature, and sports a 42-hour power reserve. It sits firmly sealed inside the watch’s outer body, making it impervious to the elements, and allowing the watch to have a water resistance of 100m / 10 ATM. The numbers and hands on the watch are even coated with C3 Super-LumiNova, making them glow brightly in the dark. 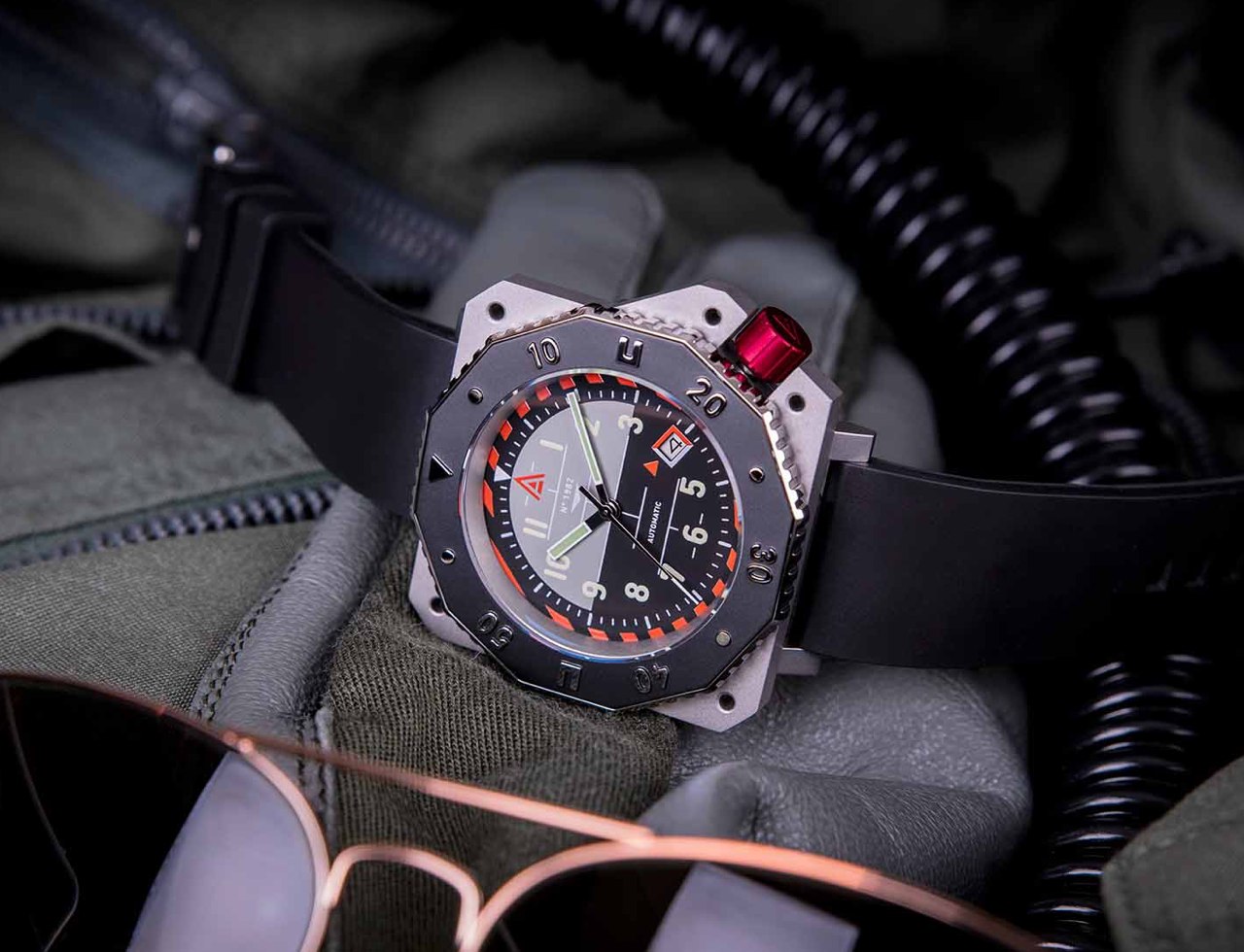 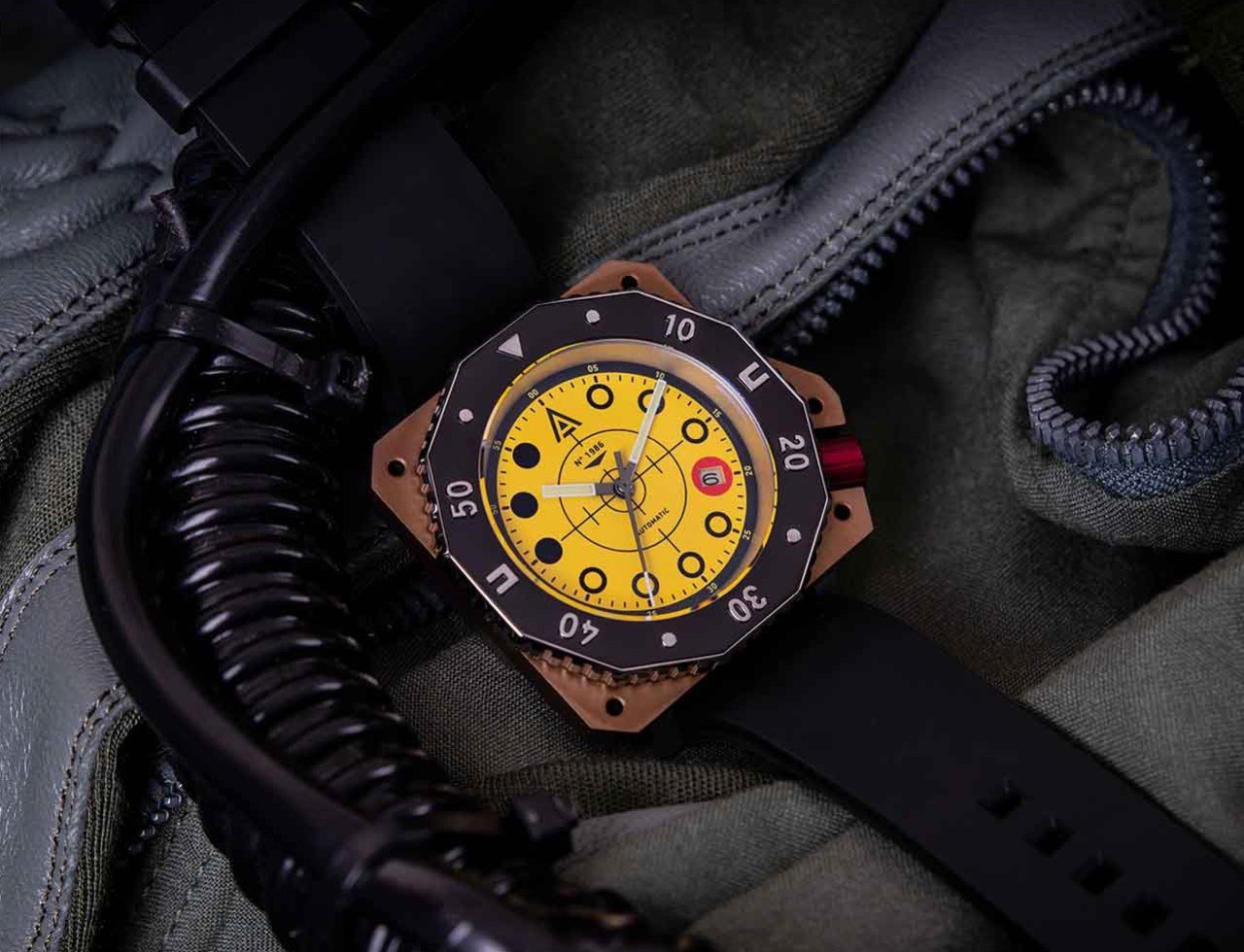 The Nº 1986 Yellow Variant [Doomsday] captures a moment in history that catalogued a series of catastrophic global events. 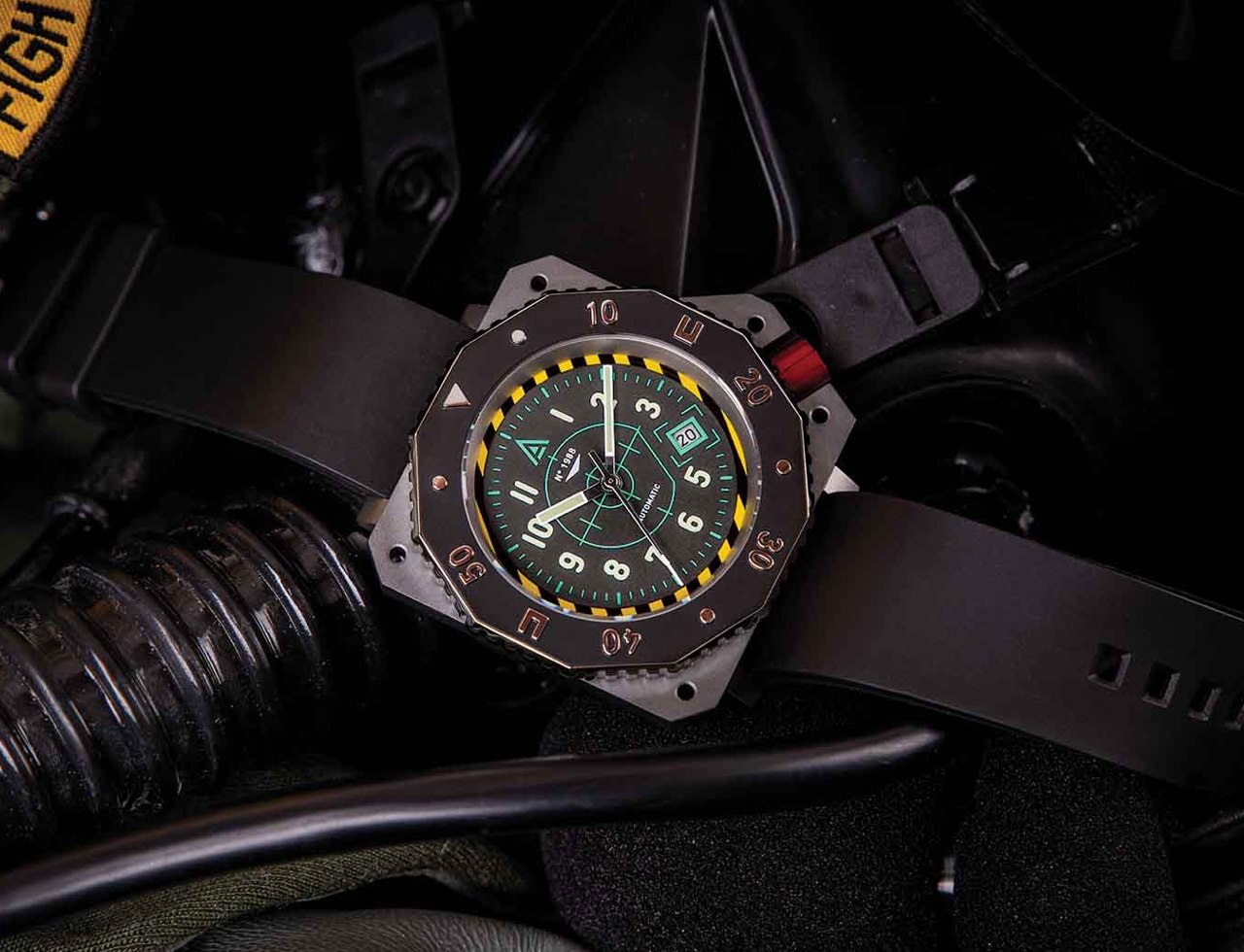 The Nº 1988 Phantom Variant [Eagle] references markings from instrument panels found on tactical jet aircraft. The first production of the F-15E Strike Eagle aircraft was made in 1988.

Rule 9 of WT Author’s approach to watches is a pretty common one for any good brand – Create Long-Lasting Relationships. The FINAL COUNTDOWN is a culmination of WT Author’s 10-year brand journey, and hopes to not just be a glimpse back at the past but also a look into the future. Each watch ships with a 24-month guarantee against any manufacturing defects, allowing patrons to rest assured that they’ll receive a high-quality timepiece that looks great and lasts long. Finally, Rule 10 – Care About Your Surroundings indicates WT Author’s commitment to not just its patrons and customers, but also to the environment. The watches are built to last, with minimal wear and tear over time. A culture of recyclability permeates through the company’s ethos as the packaging for the FINAL COUNTDOWN collection is made from 100% recyclable cardboard paper. In fact, WT Author’s own workshop was recycled from an abandoned Royal Mail sorting office! 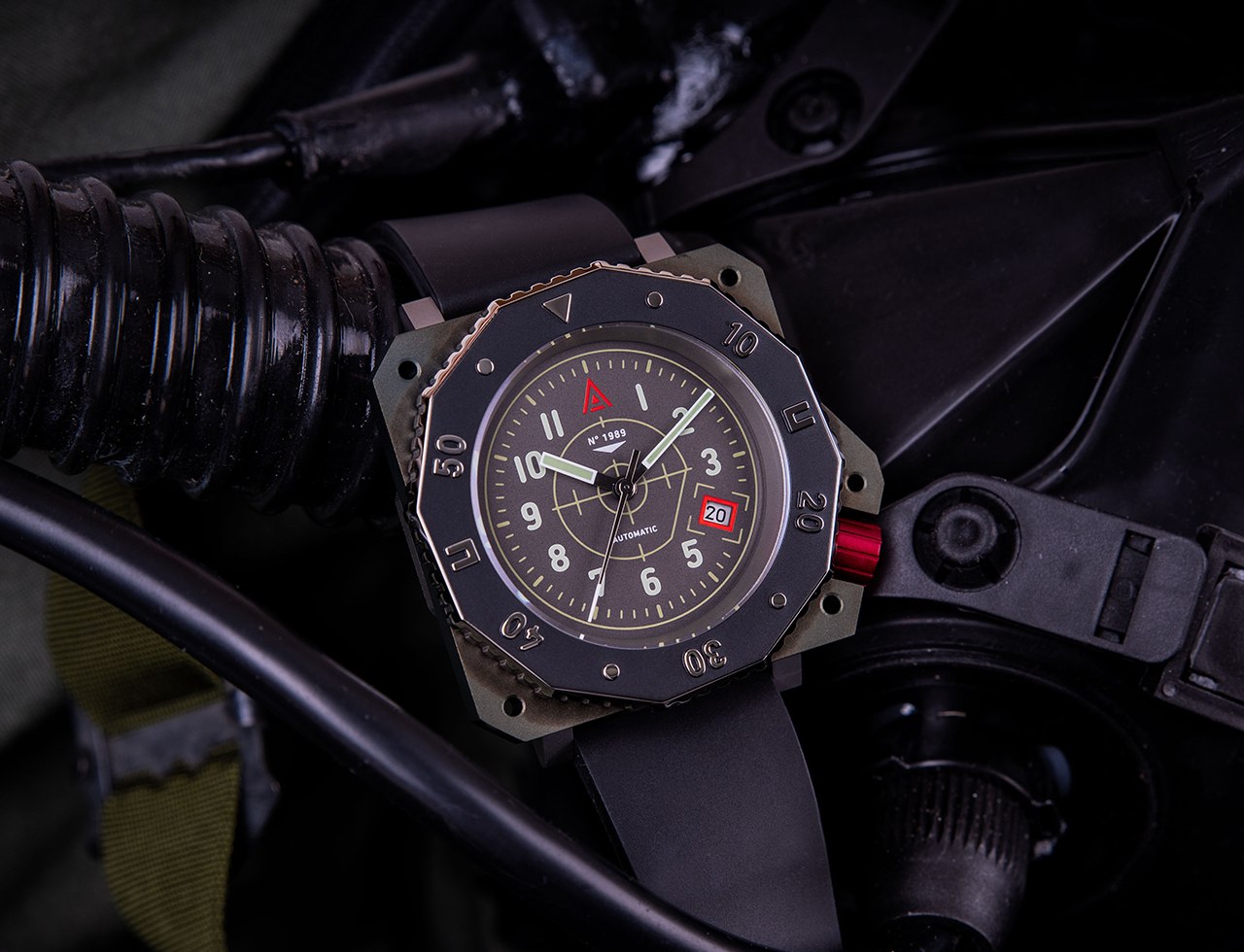 The Nº 1989 Khaki Variant [Guardian] takes inspiration from tactical aircraft camouflage. The AH-64 Apache was first used in combat in 1989. 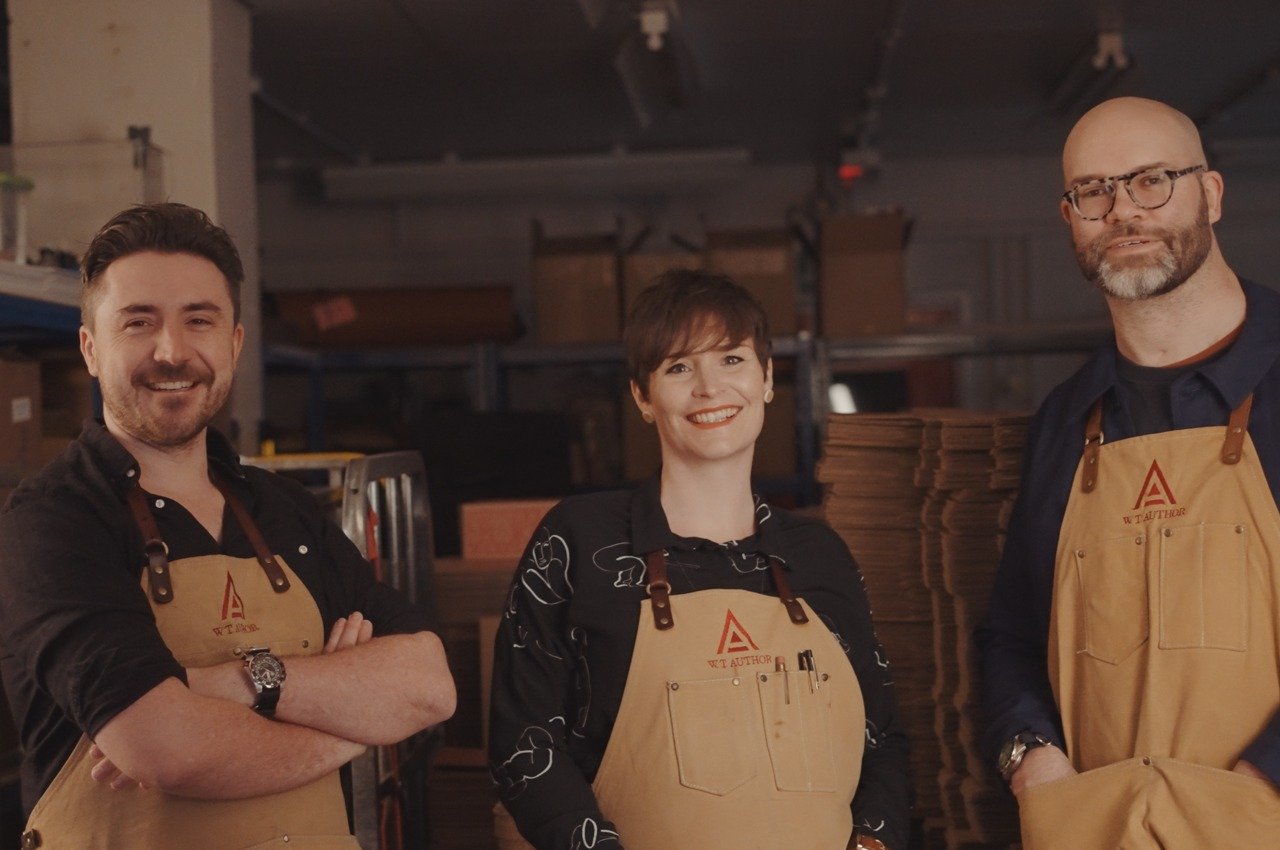 If any of the watches caught your fancy, you can grab them on WT Author’s Kickstarter page below. You better move fast, given that the watches are limited to just 50 units per variant. Each watch can be backed for £350 GBP (or $456 USD), marking a £150 discount over WT Author’s original retail price. While each FINAL COUNTDOWN watch ships with standard black rubber straps, you can upgrade them with WT Author’s optional straps which include a blazing orange FKM rubber strap, G10 NATO Straps, Stainless Steel Jubilee Bracelets, or handmade leather straps. The FINAL COUNTDOWN watches ship free internationally, starting November 2022.

Multitap with a Difference

The Multi Saving Power Strip is a very helpful concept that keeps a tab on the devices plugged in, their power consumptions and electricity wastages….

Putting your watch where it matters

The Apple Watch puts a lot of things on your wrist. A timepiece, a phone, a music playback device, a fitness tracker, etc. While it’s…

There’s something about Japanese-inspired designs that instantly calm you down, and wash you over with a sense of peace. They always manage to be simple,…