If you’ve been on the internet long enough, you’ll have come across Matty Benedetto or one of his hundreds of creations that solve some of the world’s most ridiculous problems, like wanting to eat an Oreo without hands, or wanting your sunglasses and AirPods to exist as one singular device. Benedetto finds ridiculous problems and over-engineers even more absurd solutions, prototyping them and putting them to the test (some are even available on his web store)… although this problem may not be so ridiculous after all. Widely touted as Apple’s biggest design flaw, the company’s Magic Mouse is infamous for needing to be flipped over in order to charge it, making it entirely useless in the process. It’s inelegant, and the only (logical) explanation seems to be the fact that Apple doesn’t want you using the mouse while you charge it, but Benedetto has a clever solution that defies it all… well, sort of. 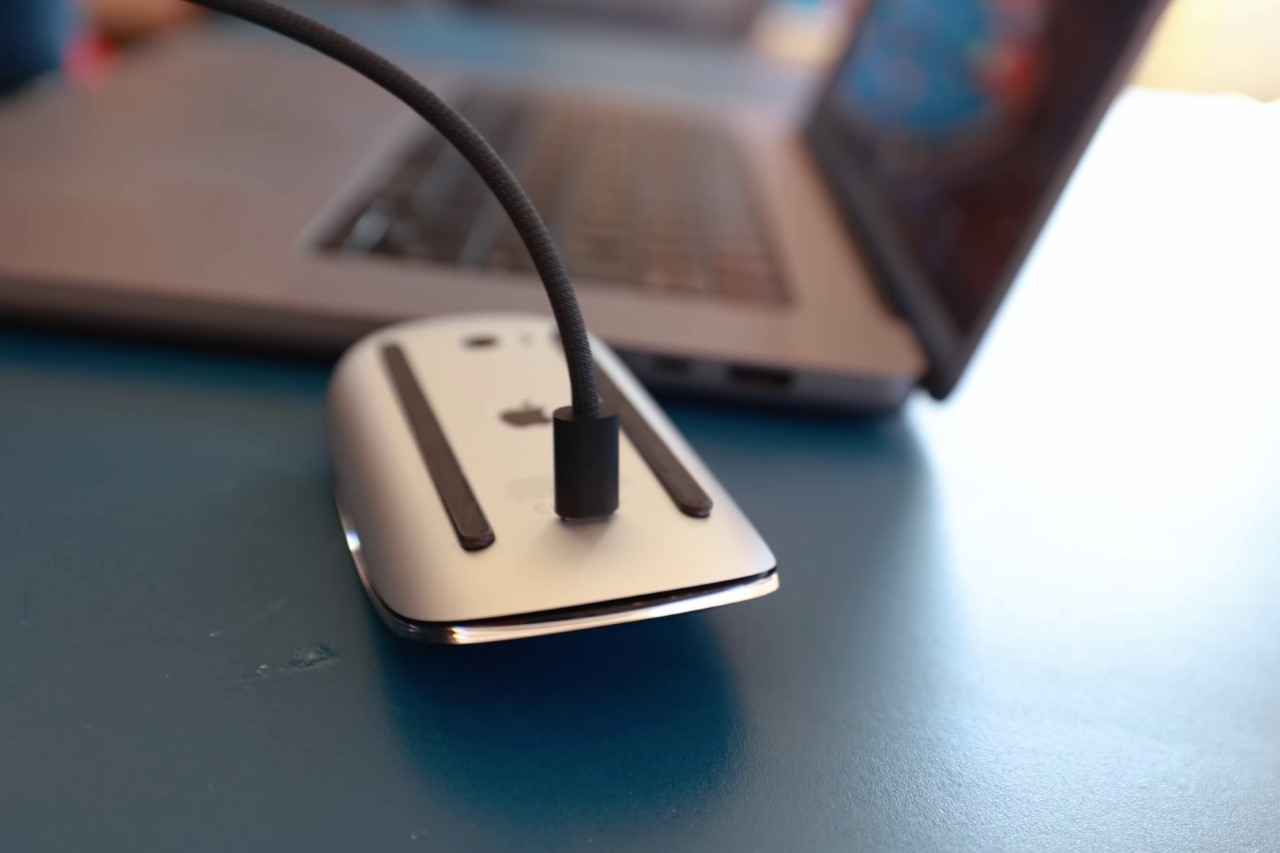 Having faced this problem too, Benedetto decided to tackle it head-on, or rather, underside-on, because that’s where the charging port is located on the Apple Magic Mouse. Benedetto’s solution just involved bending the wire and introducing a makeshift trolley that still allows you to slide the mouse around your mousepad/desk WITH the bent wire. Simple, isn’t it? 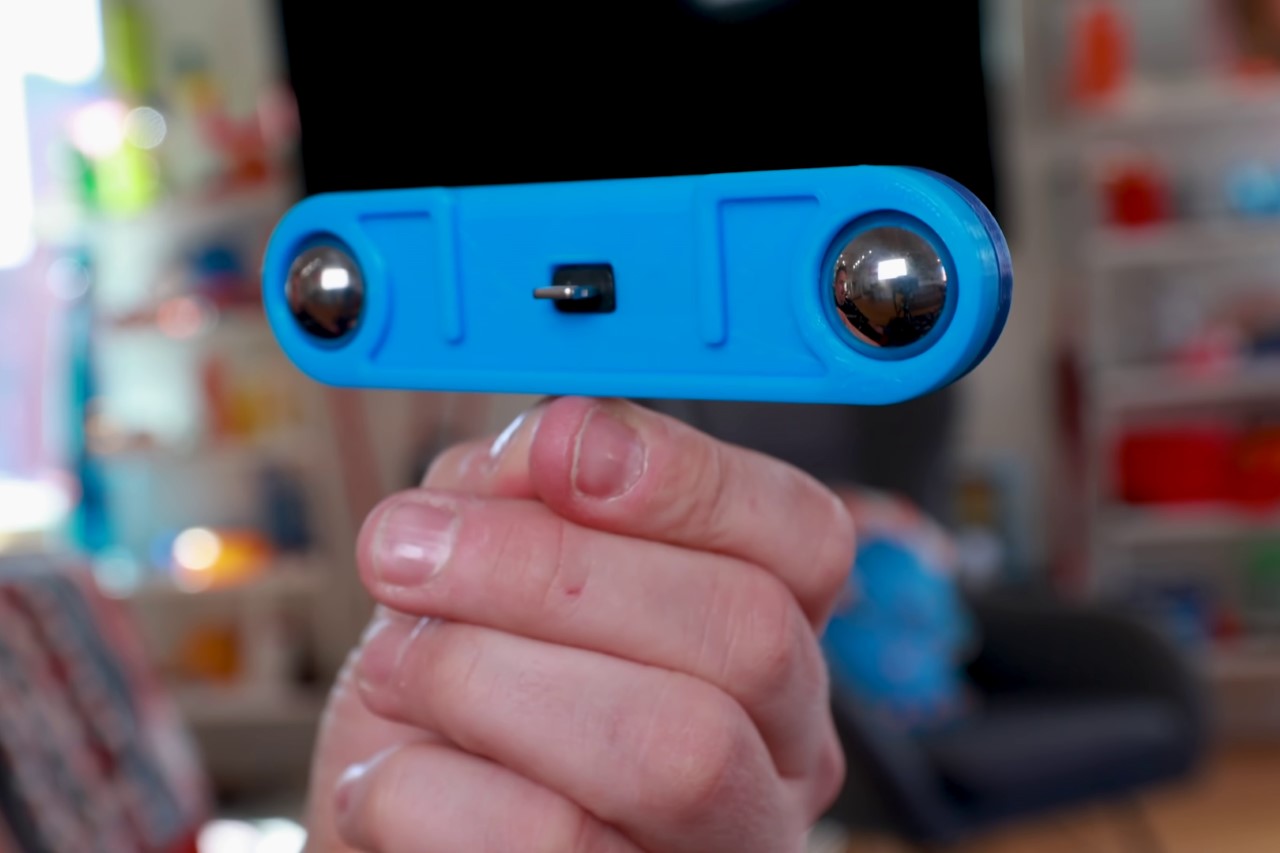 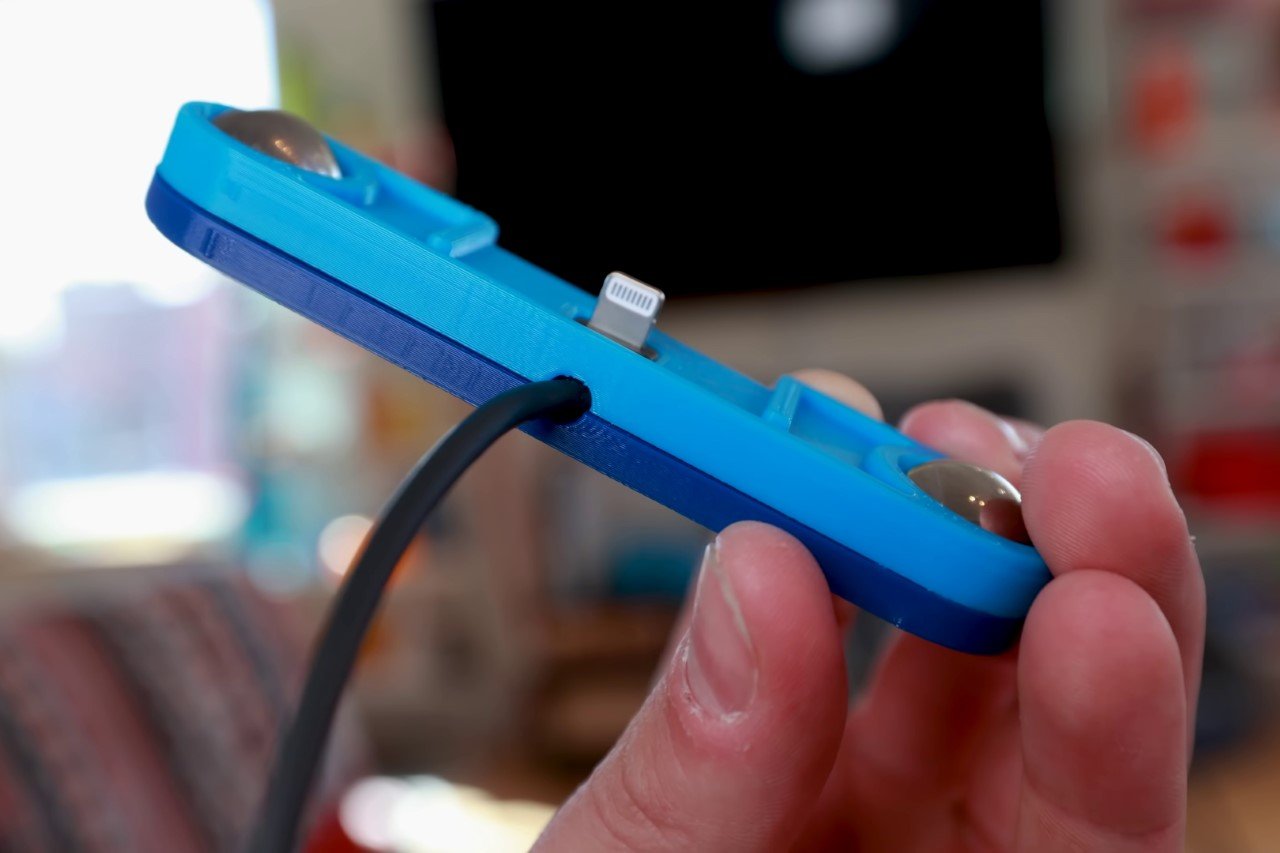 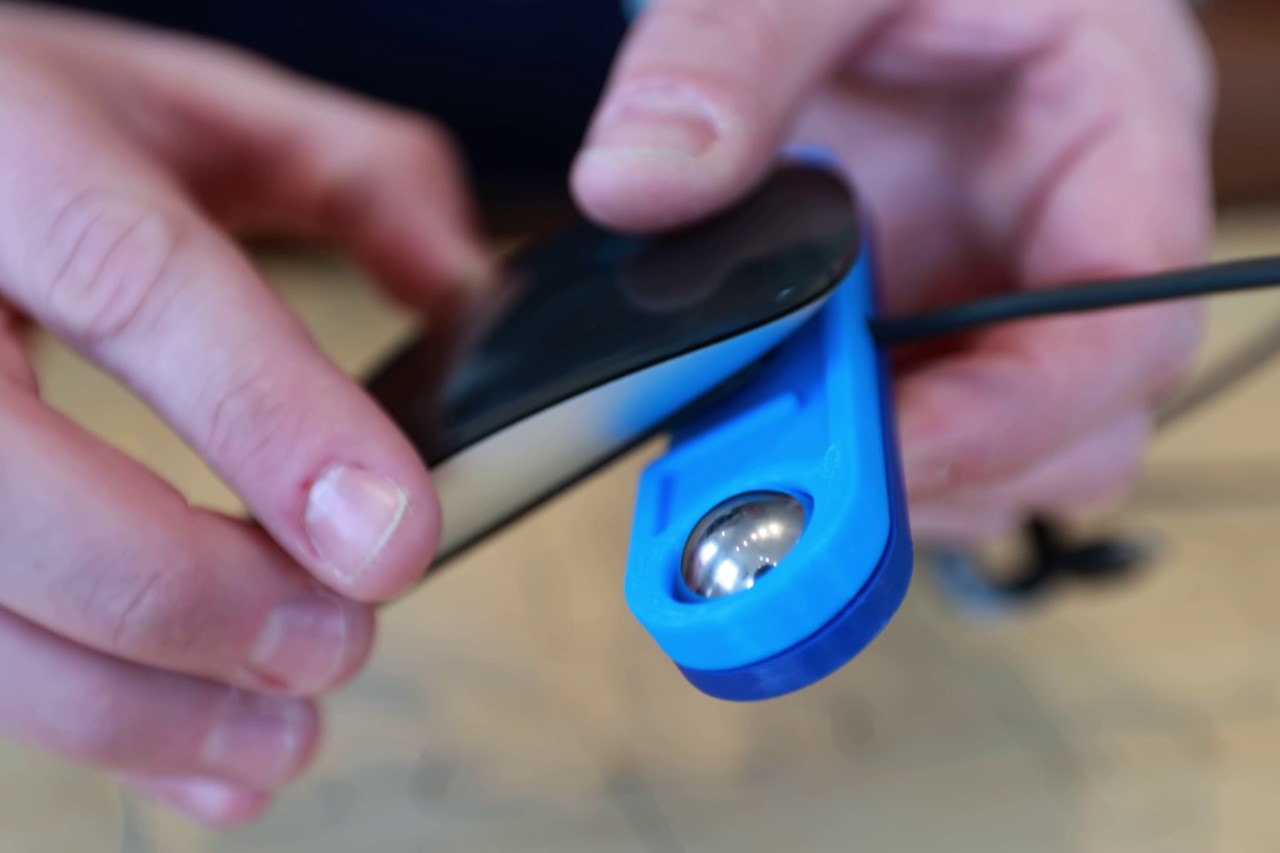 Made from 2 pieces of 3D-printed plastic, with massive ball-bearings on either side, this unnecessary invention lets you route an L-shaped lightning cable through it and right into the charging port. On the other side of the mouse lies its optical sensor, which Benedetto believes wouldn’t get affected too much, because his invention literally props the Magic Mouse up instead of having it lay flat against the surface. Using the Magic Mouse with this nifty gadget actually proved that his calculations were right, and that the optical sensor could, in fact, still work even when angled ever-so-gently… but that wasn’t where Benedetto’s solution ran into a brick wall. 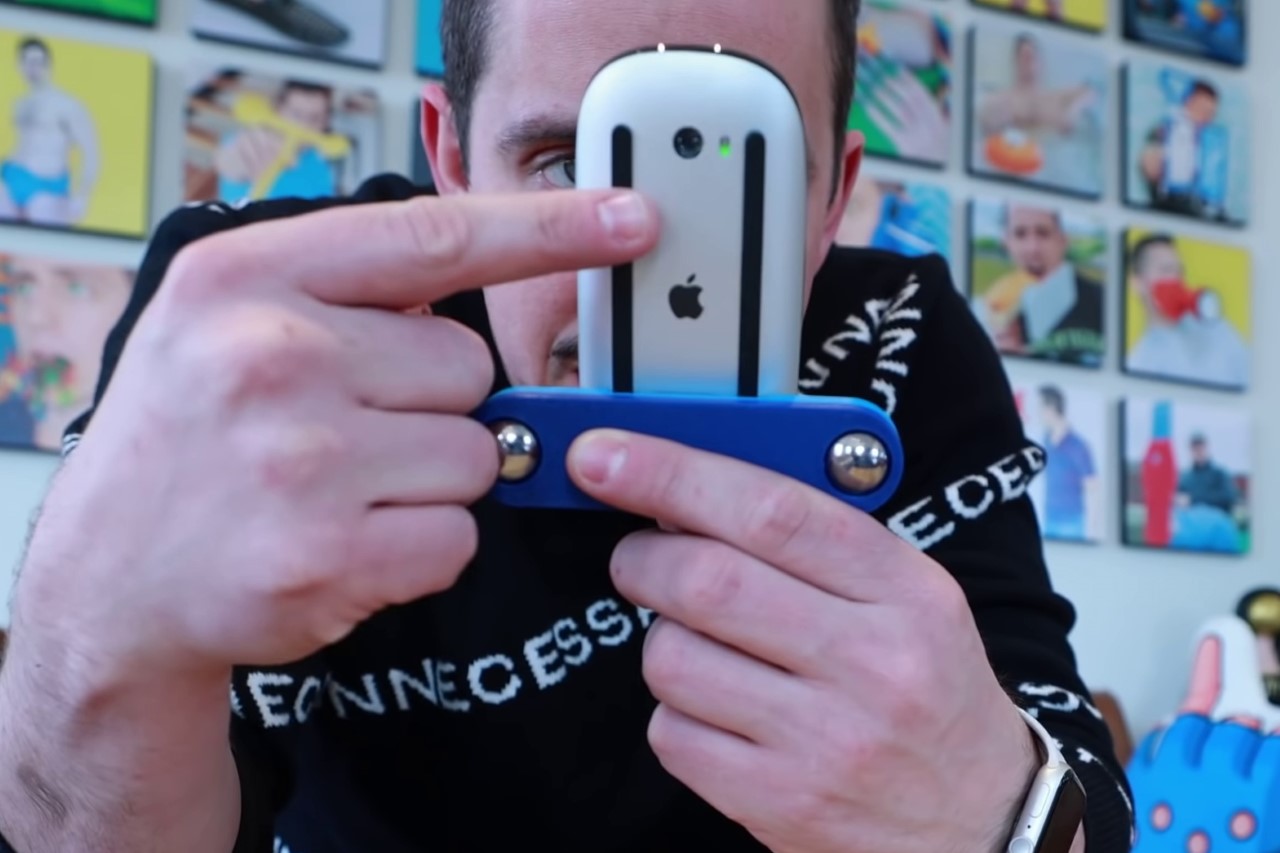 Much to his chagrin, Benedetto discovered (quite literally the hard way) that no matter what sort of over-engineered solution he would come up with, it was doomed to fail. You see, the evil folk at Apple didn’t just awkwardly place the charging port on the Magic Mouse… they also built a kill-switch into it which would cause the mouse to NOT WORK while charging. Pretty devious, isn’t it? I guess it’s just Tim Cook’s way of telling us all to just buy the Magic Trackpad instead. 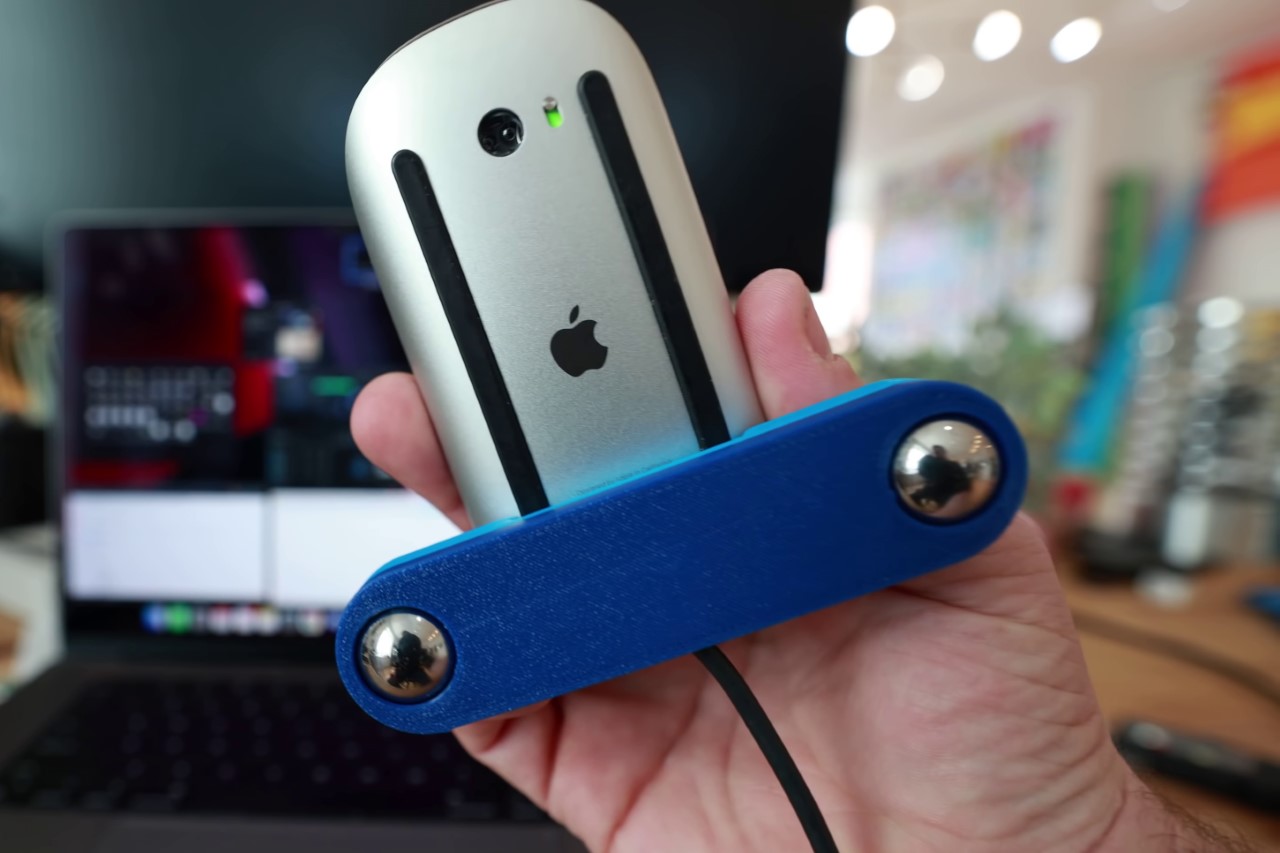 No Idea why the designer calls it the Fever wireless charger, however I understand that the bare-bones design has a purpose of minimalism backing it….

An Endless Soundtrack to Your Life!

Why should you have to replace your portable speaker every few years? Well, the designers at MAQE think you shouldn’t! The Soundjump speaker features an…

I’d Kill for this Office

Industrial/product design consultants No Picnic have outdone themselves with their new office/studio in downtown Stockholm. Enjoying the highest level of historical protection, the 19th century…

The Pond Kitchen is, at first glance, a futuristic vision exaggerated in stark white. Upon further observation, a gentler and more familiar aesthetic is revealed…