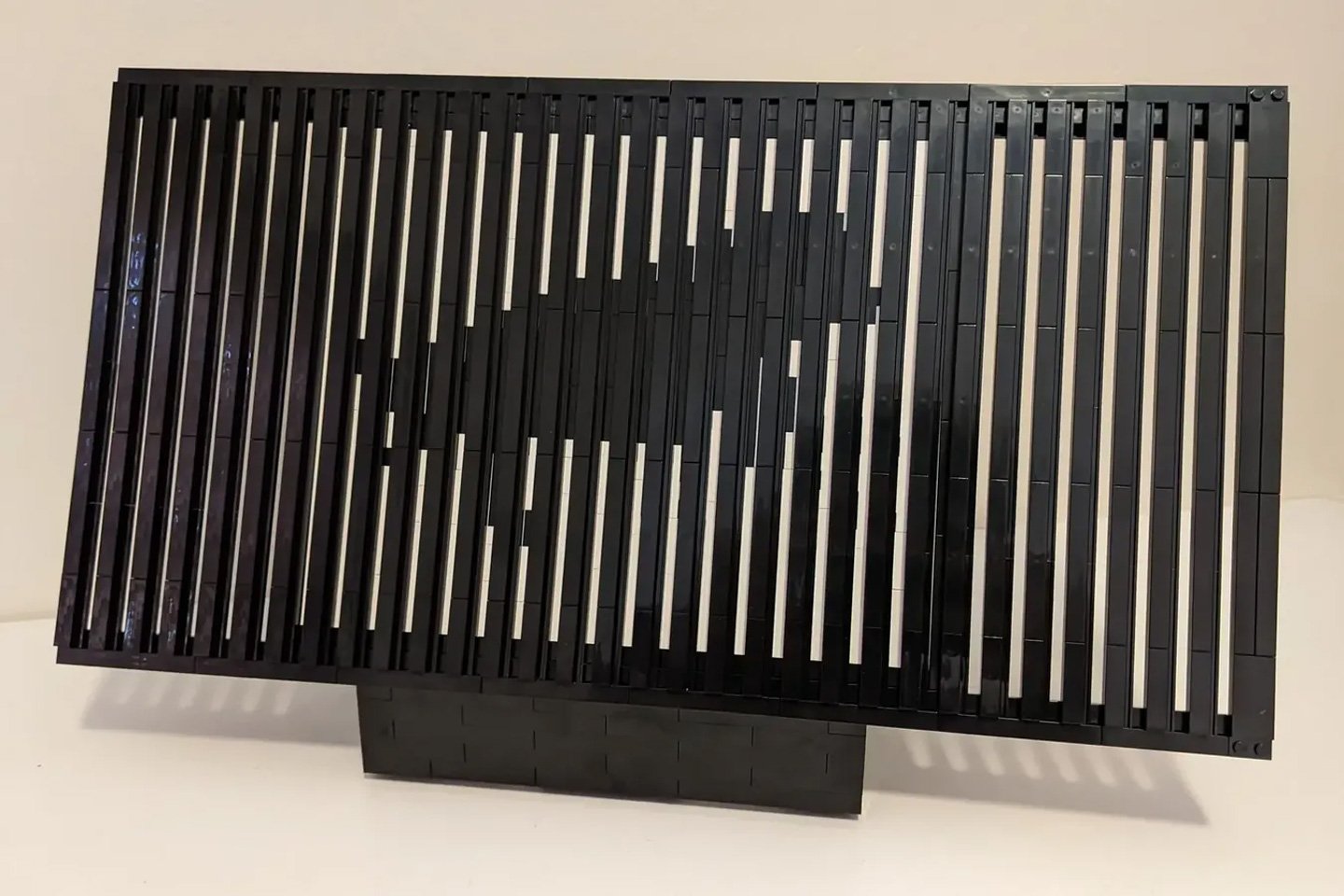 In yet another demonstration of the sheer power of LEGO bricks, a LEGO Masterbuilder by the name of ‘kongjirra’ has created a rudimentary animation device that actually plays a looped image sequence over and over again. Kongjirra’s submission to the LEGO Ideas forum has over 2000 votes from the community and is on its way to becoming a real buyable LEGO unit!

All motion pictures are nothing but your mind’s ability to string together multiple still photos to form a moving image. Dubbed the ‘persistence of vision’, it’s how objects in GIFs, flipbooks, and movies look like they’re actually moving. While that concept isn’t new to animation and cartoons itself (the idea’s literally existed for centuries), it’s perhaps for the first time been put to the test using just LEGO bricks. Designed and built by kongjirra, this LEGO build, called ‘The Motograph’ features a slotted screen that sits in front of an otherwise garbled-looking image. However, move the screen from right to left and the image suddenly makes sense, but more interestingly, it looks like it’s moving!

The phenomenon kongjirra’s creation relies on is referred to as ‘scanimation’. The slotted screen basically ‘decodes’ the garbled image by blocking out what isn’t necessary. You now see just a relevant portion of the image, and your mind pieces it all together. Move the screen sideways and your mind fills in the blanks, creating a stunning optical illusion! 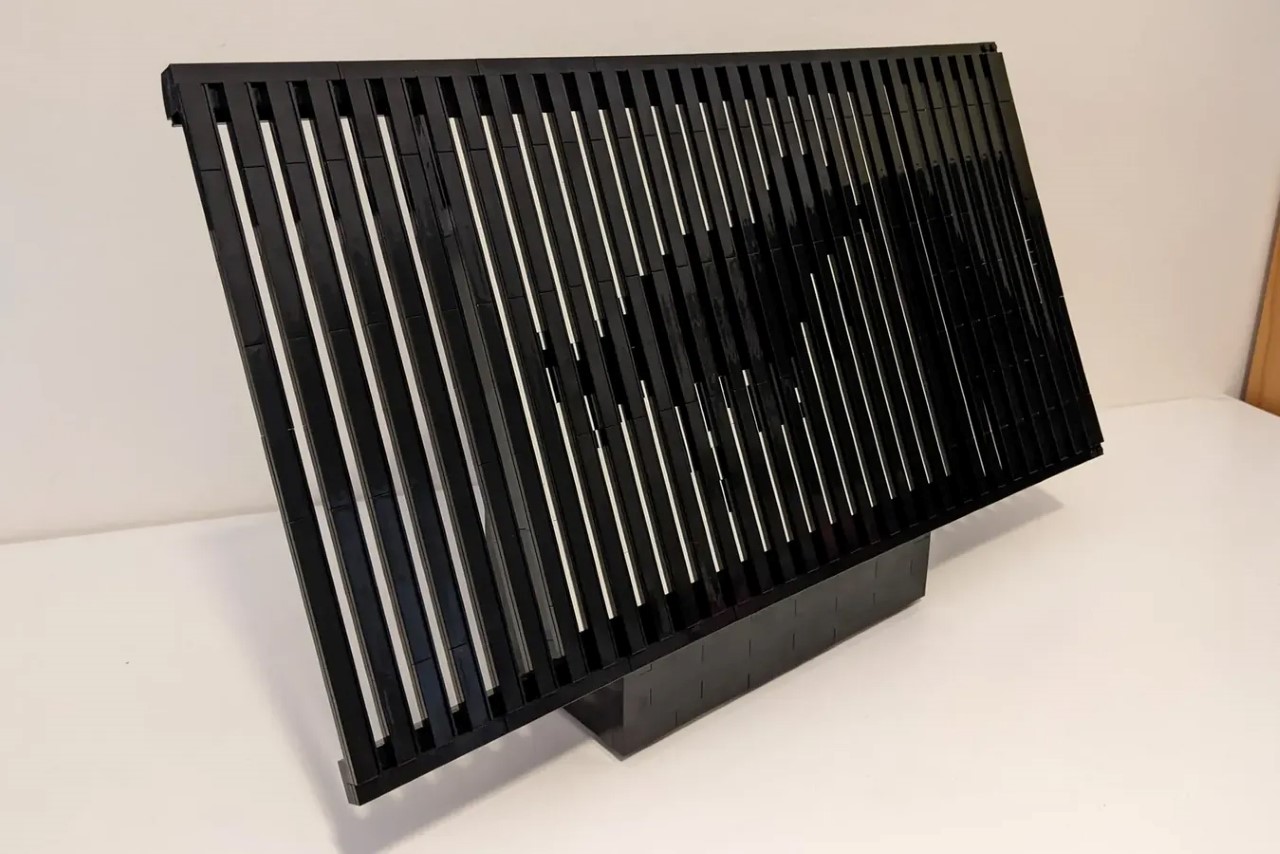 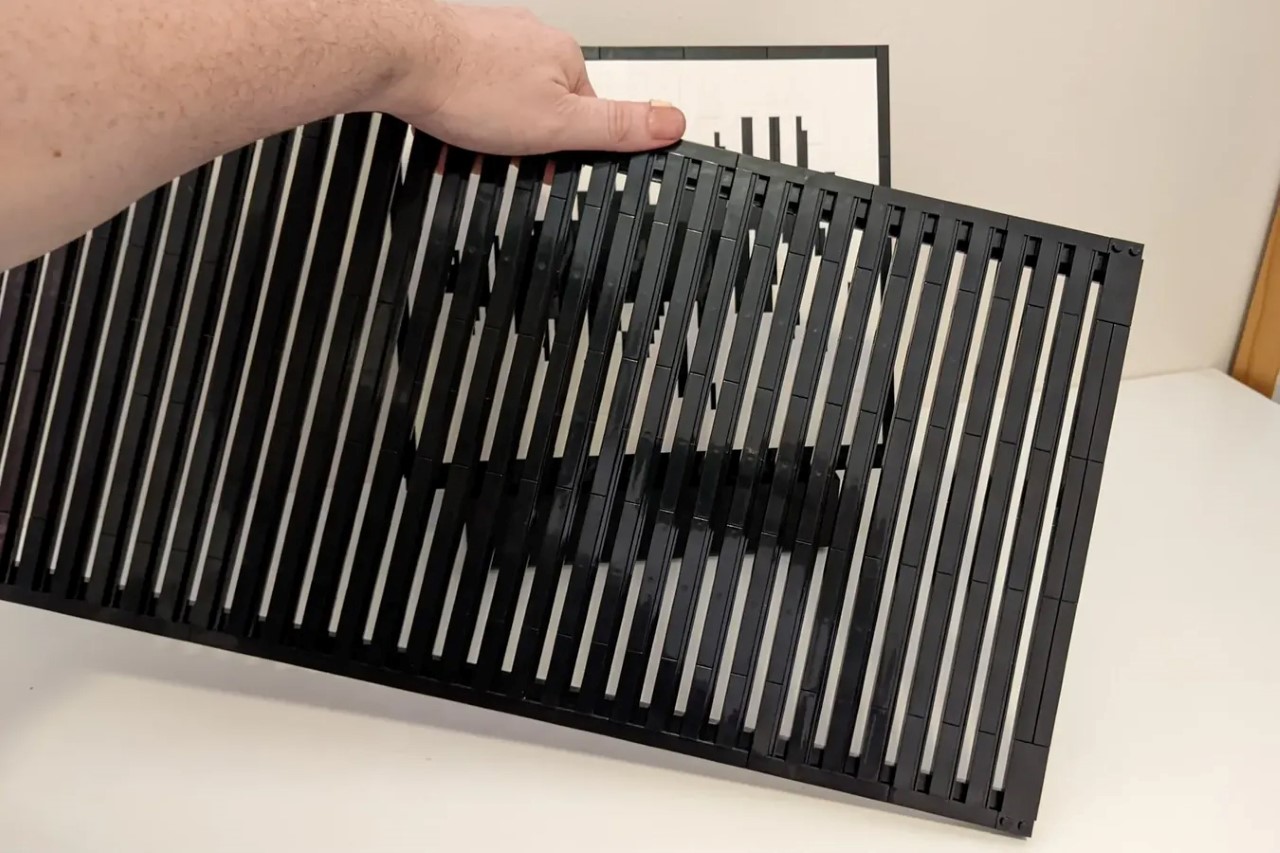 The one thing a good scanimation relies on is precision – something that comes naturally to LEGO bricks. With scanimations, the vertical slots on the moving screen need to align perfectly with the image behind it, or things don’t look right. Thanks to the standardized shapes and dimensions of LEGO bricks, this becomes a pretty easy feat for kongjirra’s Motograph. The Motograph currently uses an image of a running dog (limited to 5 frames that loop over and over again), and what’s so wonderful about this LEGO build is that the frame and the image beneath are both removable, which means you can even build out your own animation images and have the Motograph play them – a collection that kongjirra’s actually currently working on (they’ve already demonstrated one of a flapping bird, and another of a running horse).

“The simple and sleek design is a perfect addition to any home, and a fun curio for people of any age, especially for those interested in animation”, says the LEGO Masterbuilder. The Motograph currently has 2084 votes as of writing this article, and needs to hit 10,000 for LEGO’s execs to consider turning it into a buyable kit. 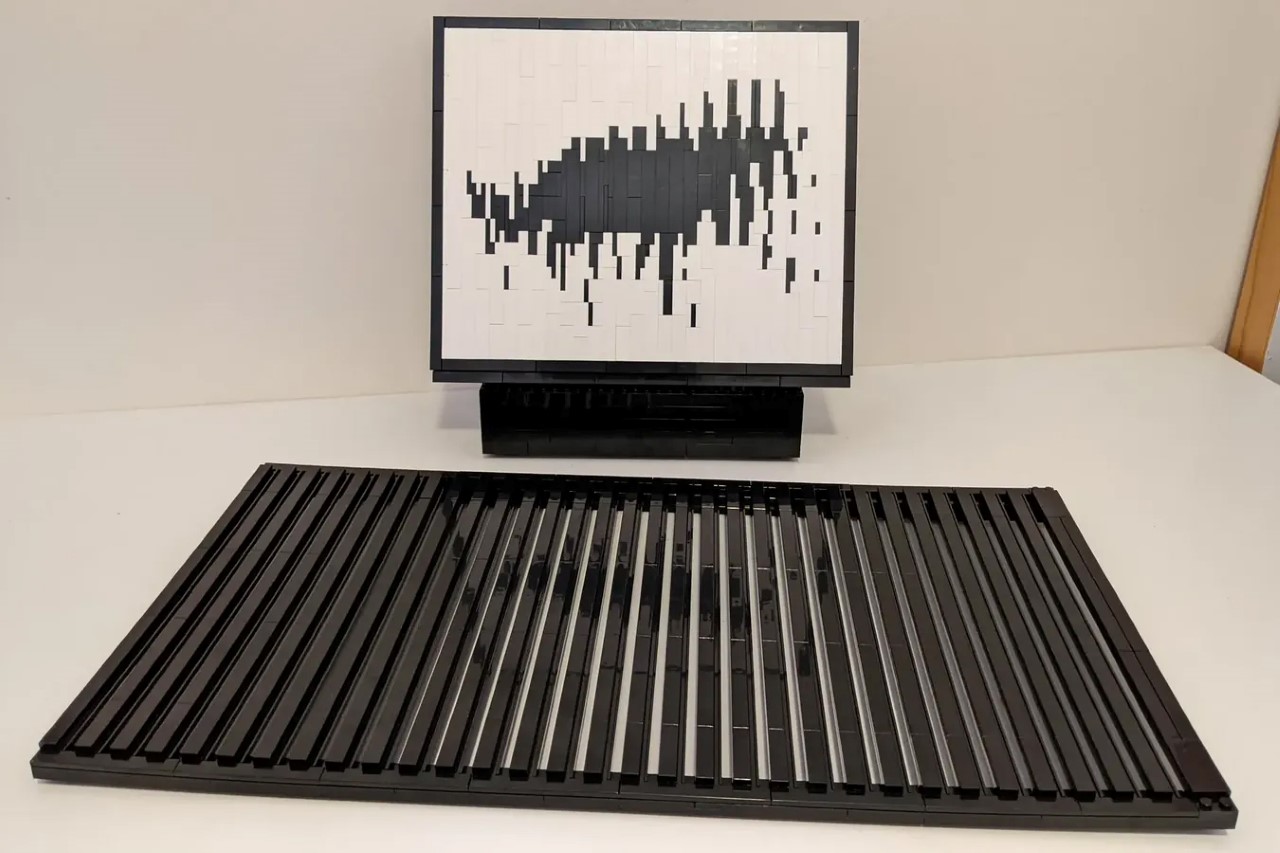 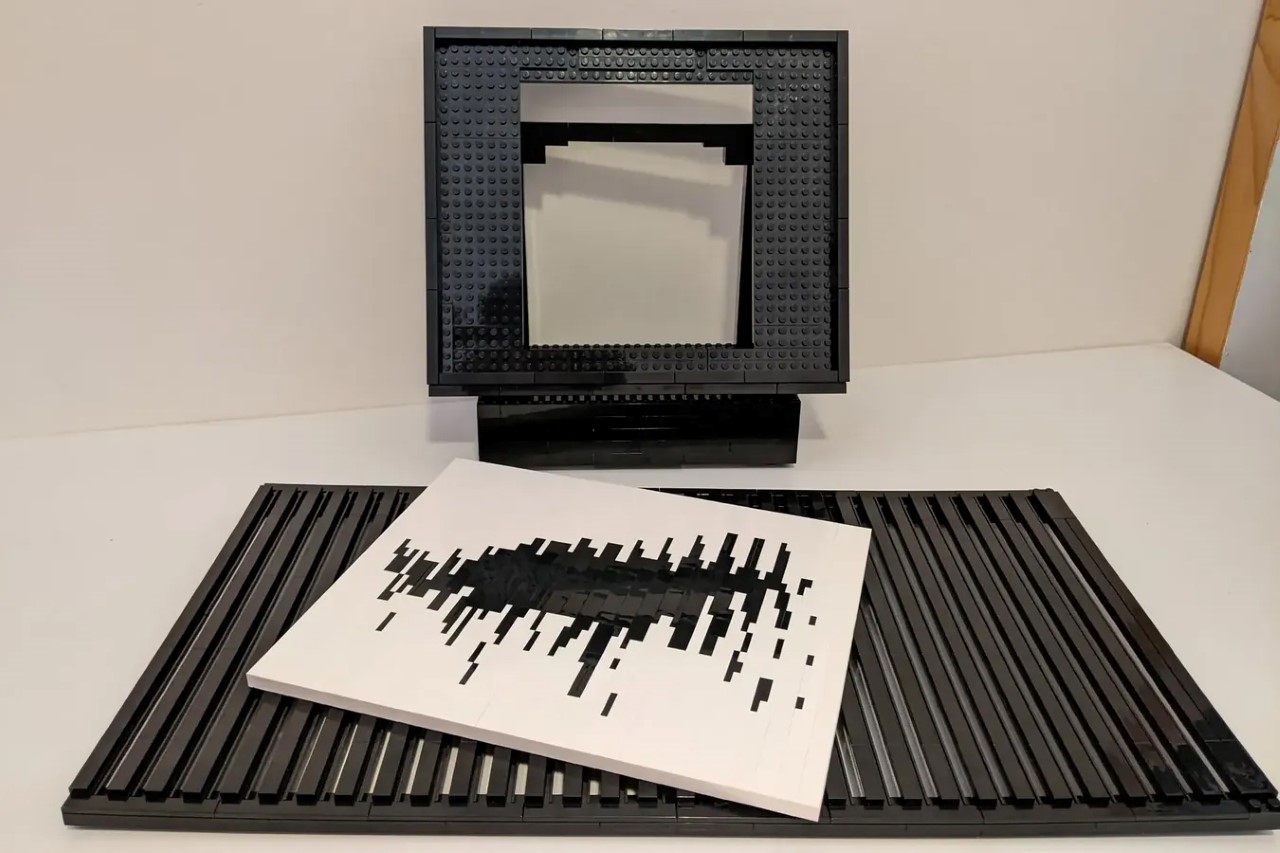 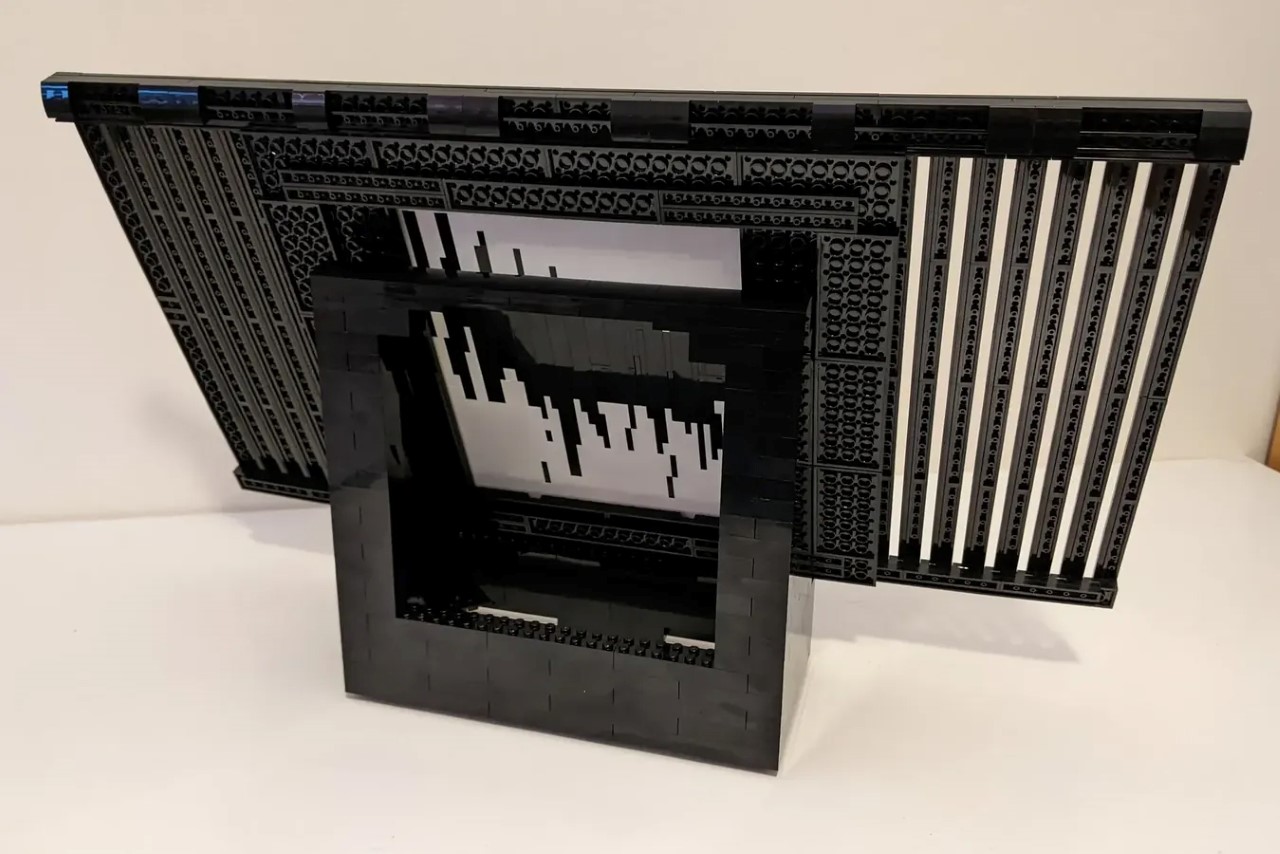 POSS is a portable audio solution that proves sometimes less is more! The simplified design is free of frill, reduced to the speaker unit, power/audio…

How safe is your bicycle out there in the wilderness? The city is full of bike thieves. Has been since the beginning of bikes. Completely…