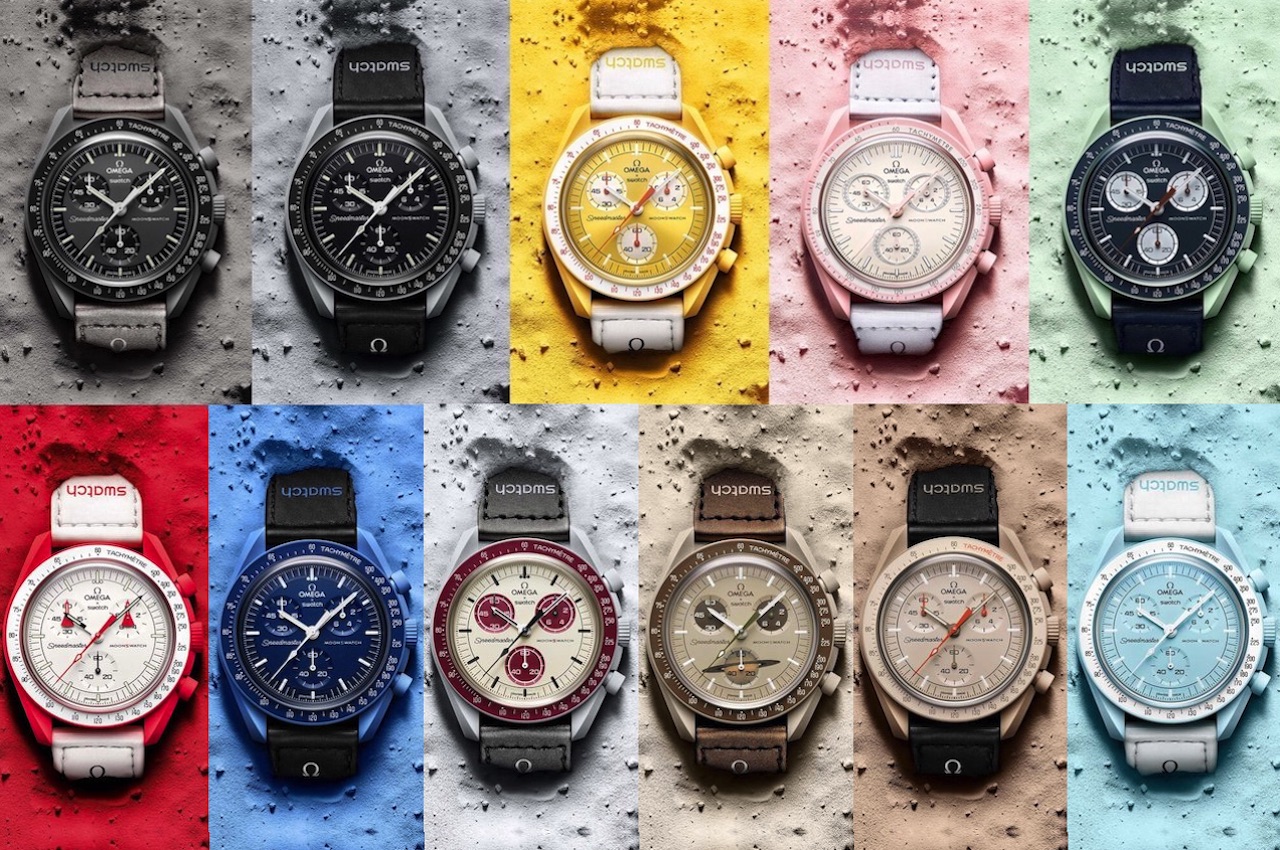 When two big brands team up and work on a collaboration, it usually means an exclusive release and a potential bestseller. We have lost count of such partnerships between two popular companies, but the recent we remember was between Jacob & Co and Bugatti, which delivered a mechanically impossible, million-dollar watch.

The Jacob & Co x Bugatti Chiron Blue Sapphire Crystal isn’t the first between the two companies, as there was the Jacob & Co Bugatti Chiron Tourbillon from before. Just recently, there was the Batman x Fossil collection that brought The Batman and The Riddler Watch. Today, two important names in the watch industry show us a new collection that we believe can sell fast. 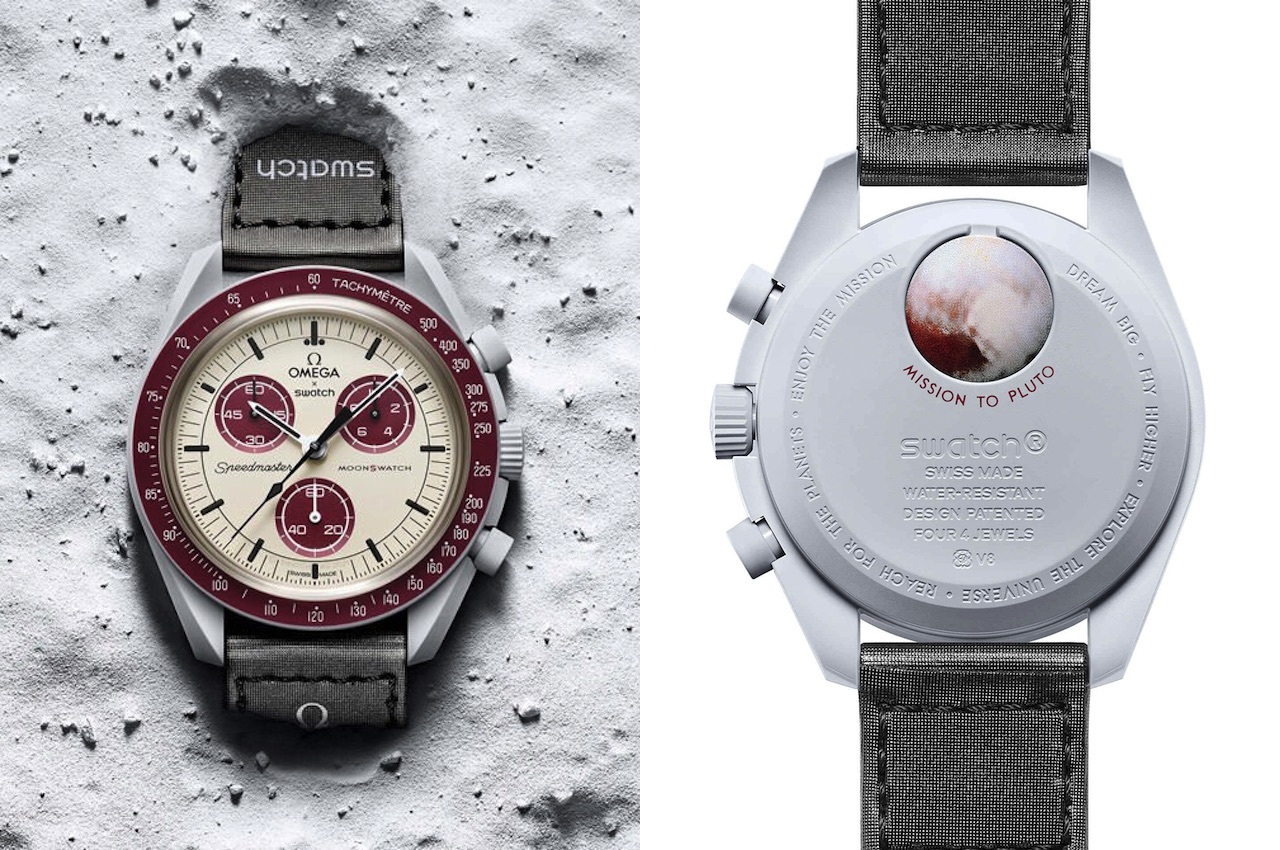 The Swiss watchmaker of trendy timepieces, Swatch, and Swiss luxury watchmaker, Omega, have inked a deal as they want to “reach for the planets.” There is the Swatch x Omega Bioceramic Moonswatch Collection, which is a modern and simpler version of the iconic Speedmaster Moonwatch from the luxury watch brand.

The obvious inspiration is the outer space for the eleven-piece BIOCERAMIC watch collection. Each one is named after a planetary body, making every timepiece a must-have for watch collectors. The BIOCERAMIC Moon-Swatch collection has been available since March 26 in select Swatch stores worldwide. 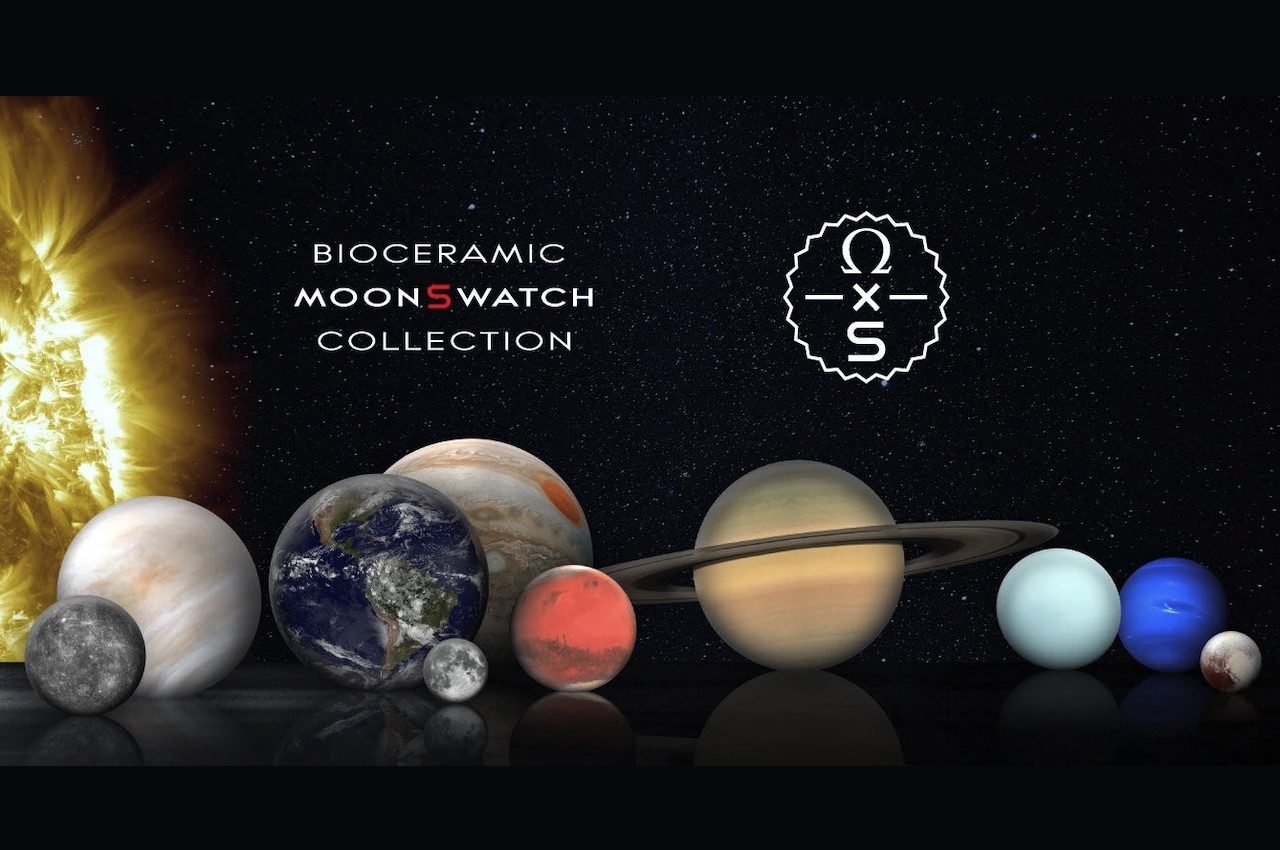 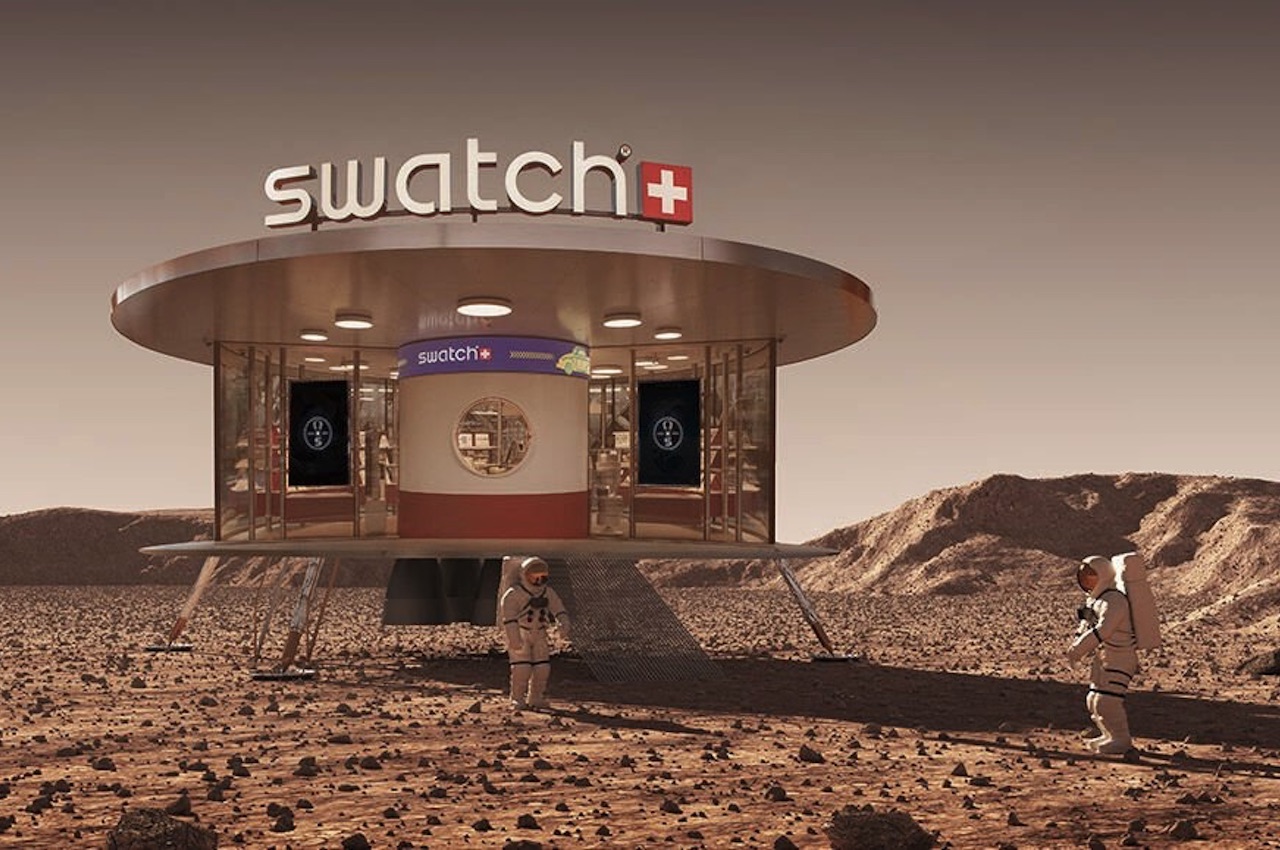 The Swatch X Omega BIOCERAMIC Moon-Swatch Collection includes the following versions: Mission to the Sun, Mercury, Venus, Earth, Moon, Mars, Jupiter, Saturn, Uranus, Neptune, Pluto. These watches are playful versions of the Sun, Moon, and the nine planets. All watches perfectly demonstrate what Swiss Watchmaking is all about. The collection combines the beauty of the legendary Omega Speedmaster Moonwatch and the Swatch BIOCERAMIC material.

Every element of the Speedmaster Moonwatch can be seen on the watches, including the subdials, the tachymeter scale, and the dot over ninety. The OMEGA X SWATCH co-branding is present in every dial. You can see the updated MoonSwatch and the Speedmaster logo. It may not be evident in the images, but there is a hidden ’S’ in the crystal glass center. The seconds hands, hours, minutes, and hour markers glow in the dark, thanks to the Super-LumiNova pigment used. In addition, the subdials and the outer ring feature a circular pattern, giving off a softer and refined touch that perfectly matches the smooth and sharp lugs. 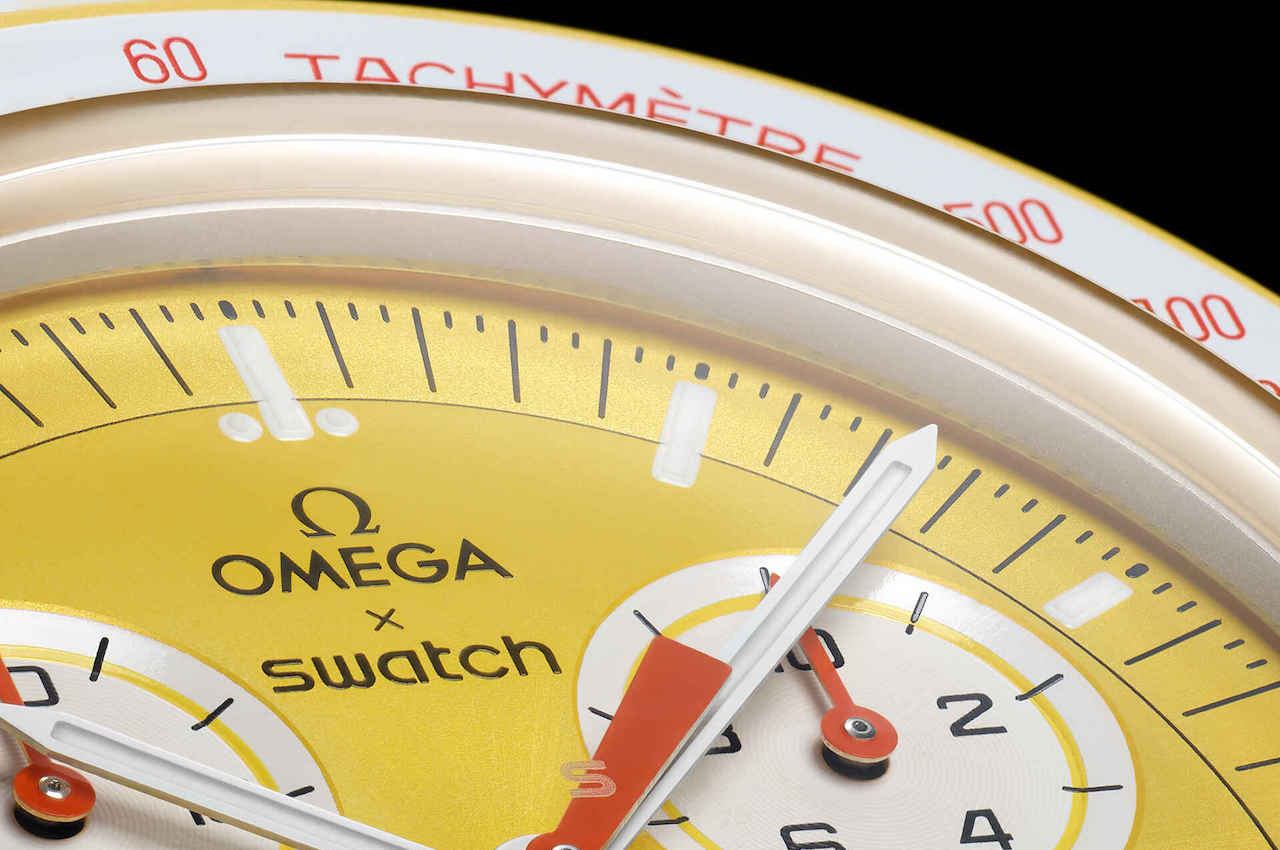 On the case back of each watch, you will see this message: DREAM BIG – FLY HIGH – EXPLORE THE UNIVERSE – REACH FOR THE PLANETS. That is the mission text which is meant to inspire people. Reaching for the planets is possible in the future as space tourism is being pushed these days. Of course, it’s not common, affordable, and accessible to anyone yet, but you and I can dream. Perhaps we can start by wearing on our wrist a Swatch x Omega Bioceramic Moonswatch since it is affordable at only $260. 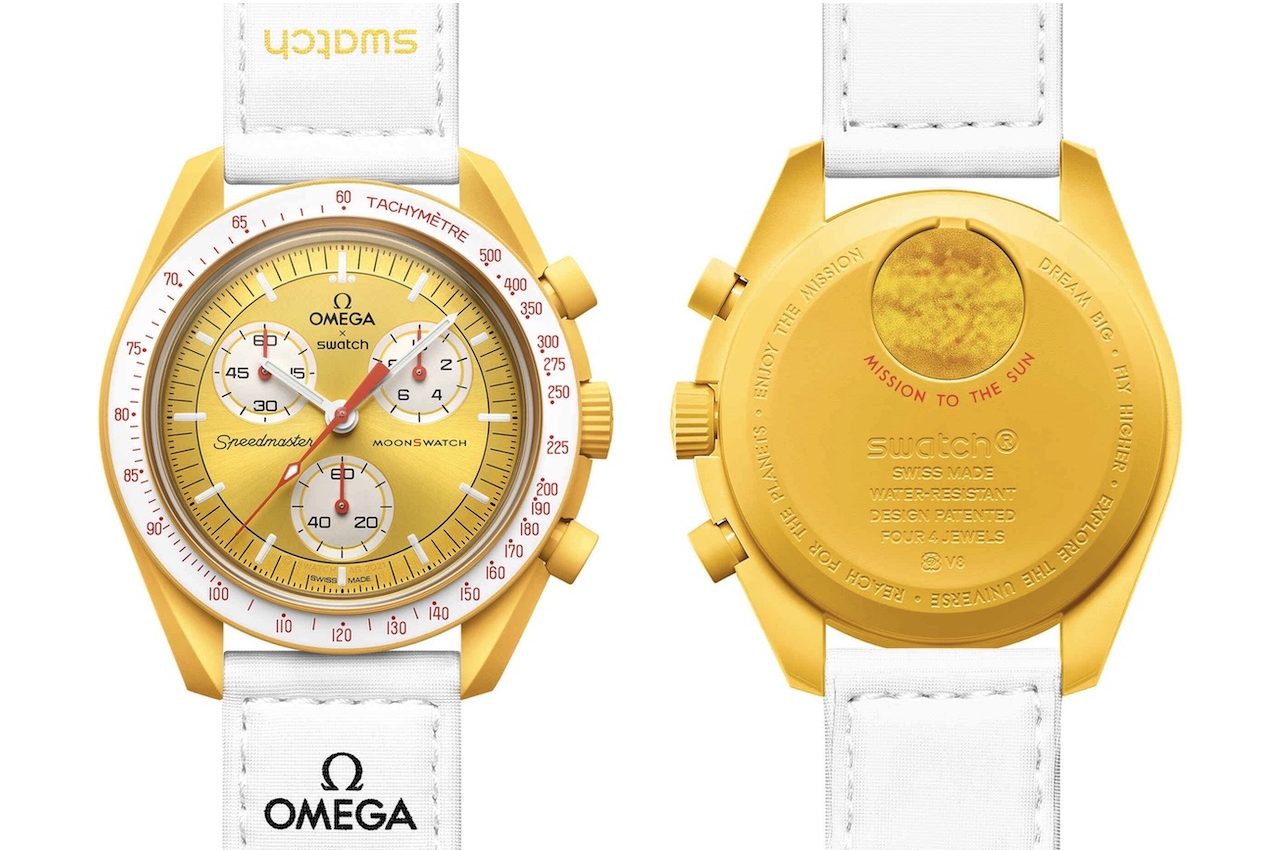 The Swatch x Omega Bioceramic Moonswatch Collection is available in different colors depending on the planet or the celestial body. The Mission to the Sun is said to be the star of the show. There is no Star model in the collection because the sun is actually a star. The Sun version shines in sun yellow with its sun-brushed style dial. The white VELCRO strap makes the watch a clean version, while the orange color used in the hands and the tachymeter scale is a perfect contrast. 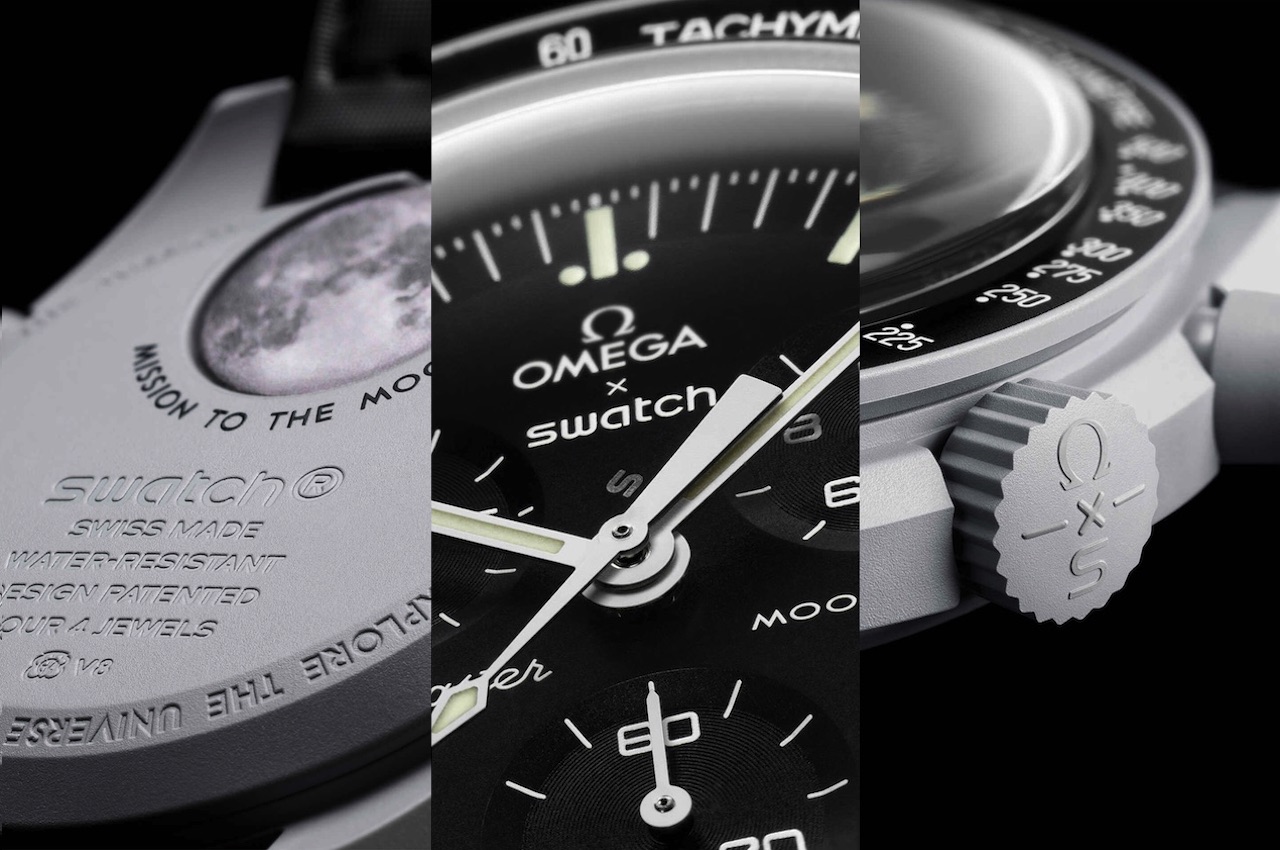 The Mission to the Moon version is perhaps the most minimalist with its black, white, and silver elements. It is the closest to the original Speedmaster Moonwatch. It comes in steel gray with a black velcro strap, white hands, and tachymeter scale. The Mission to Mercury is minimalist with the colorway: metallic grey velcro strap, intense deep grey dial, white hands and tachymeter scale, and black bezel background and subdials. 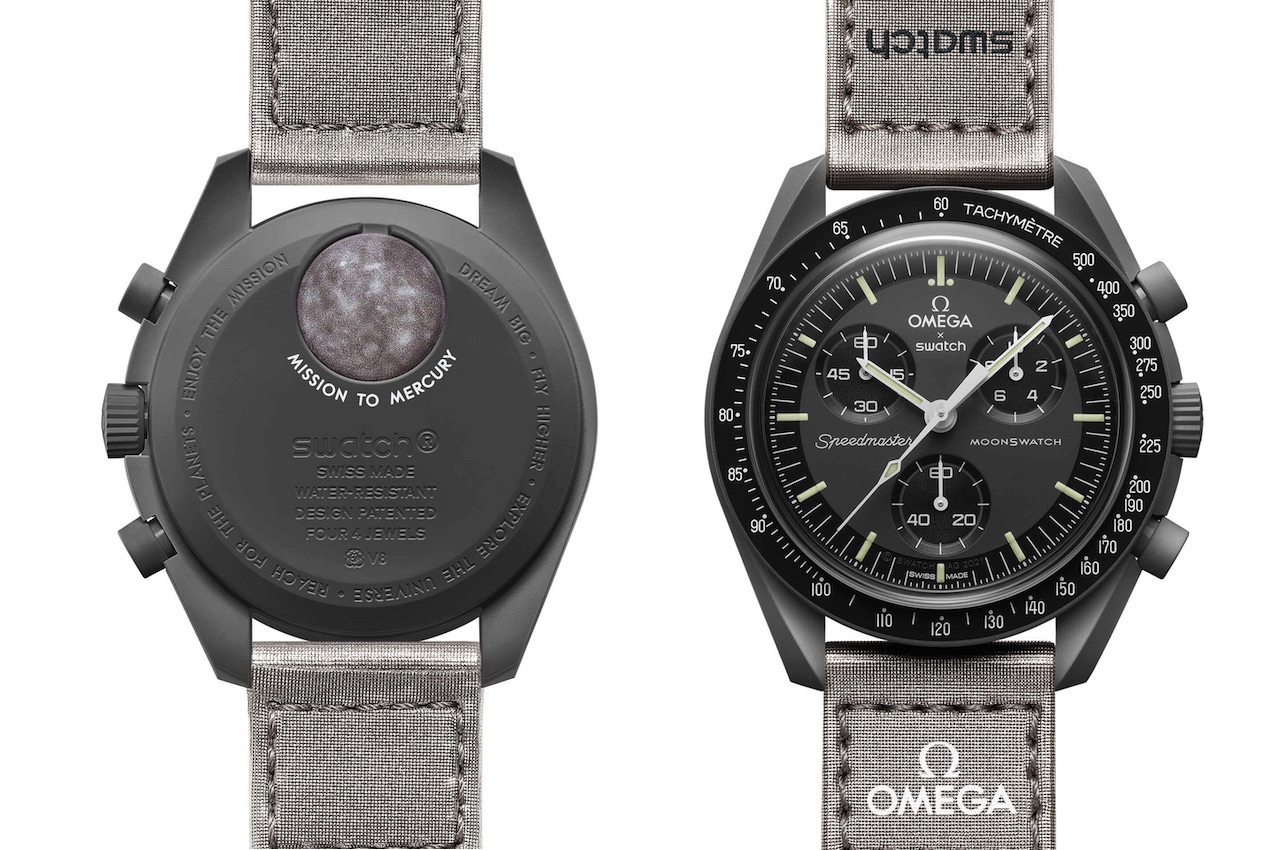 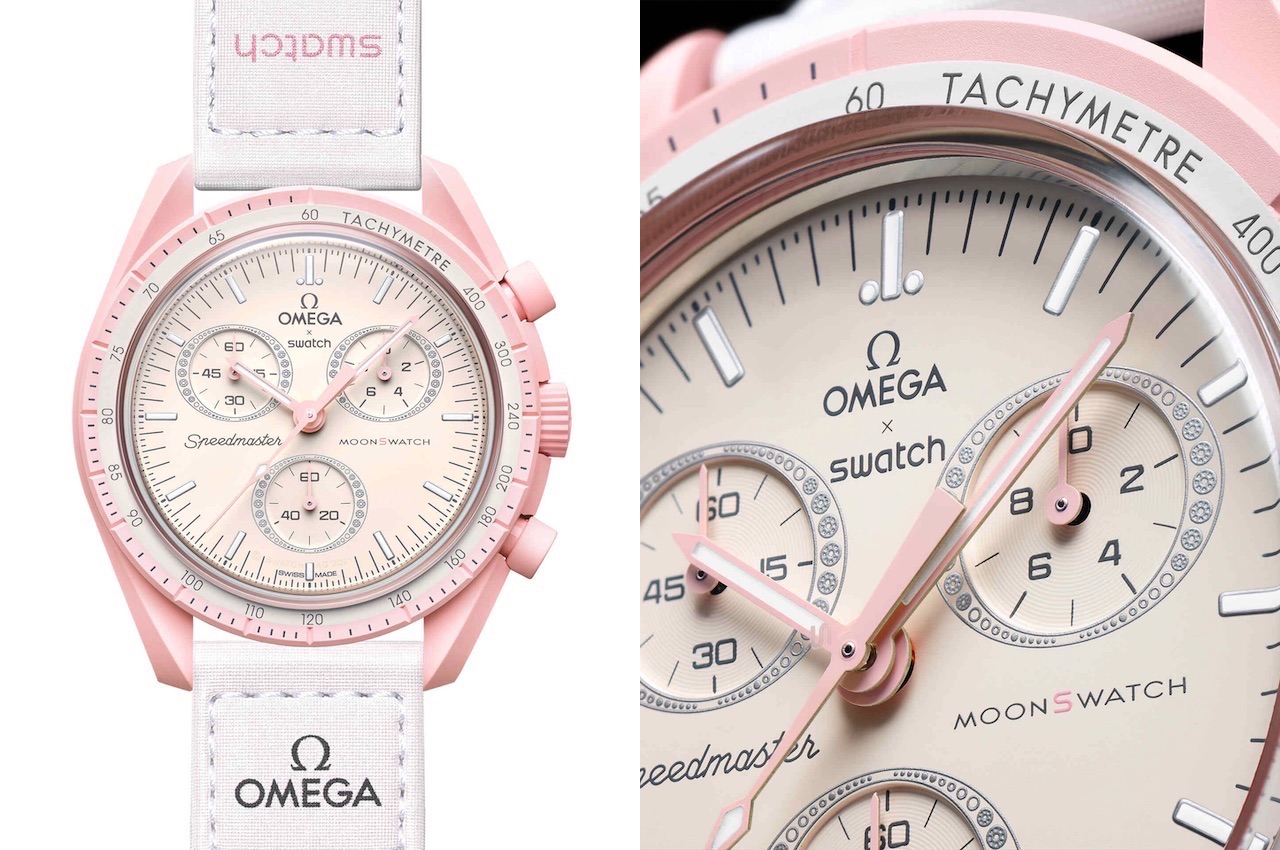 The Swatch x Omega Mission to Venus looks pretty in powdery pastel pink and white strap. The subdials are oval with details like diamonds on the edges. This version offers feminine elegance, perfect for ladies who are not exactly fans of big watches. 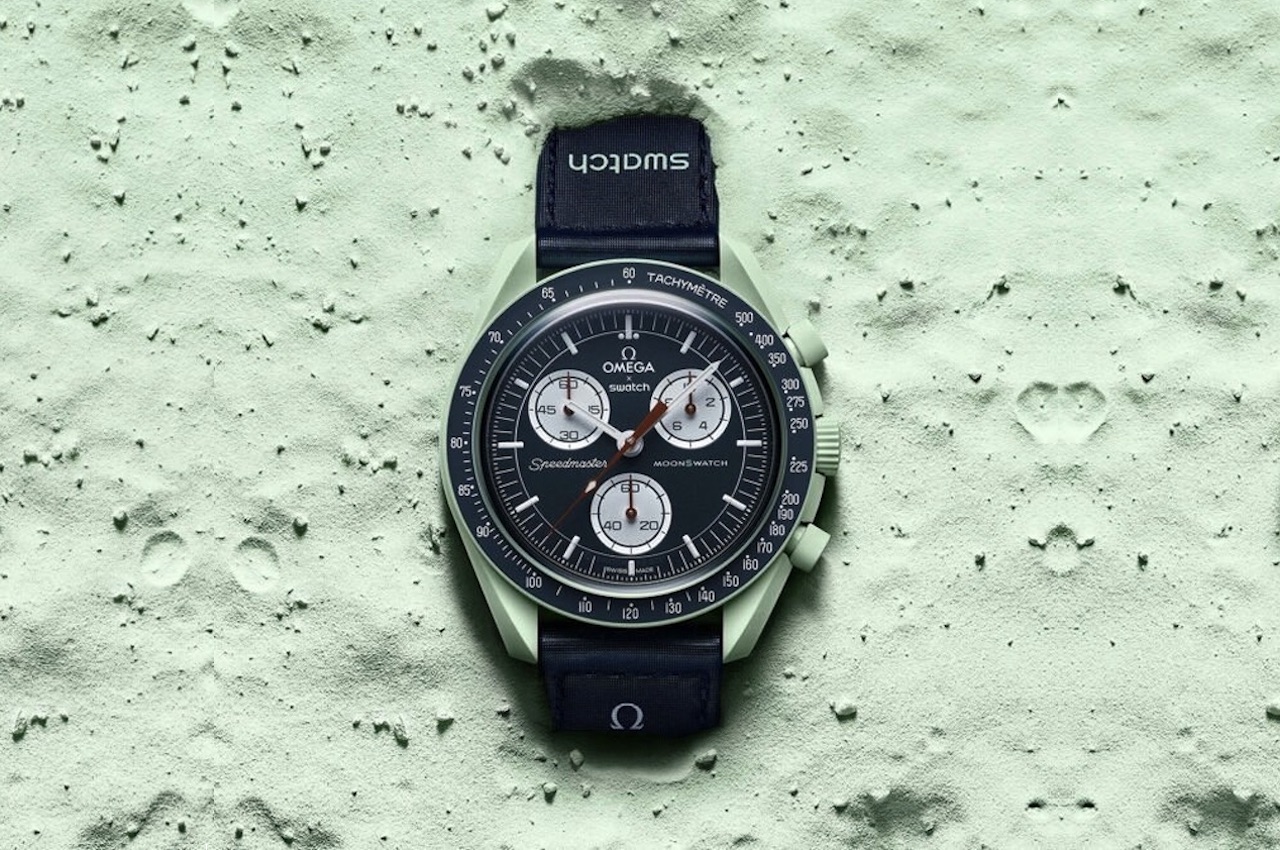 The Mission on Earth watch version is a celebration of our planet in blue and green. It is perfect for the eco-astronaut with its earthy green case and navy blue strap. The brown counter and chronograph hands are set in brown, while the subdials and tachymeter scale are white. The bezel background is blue, so it will really remind you of a little globe. 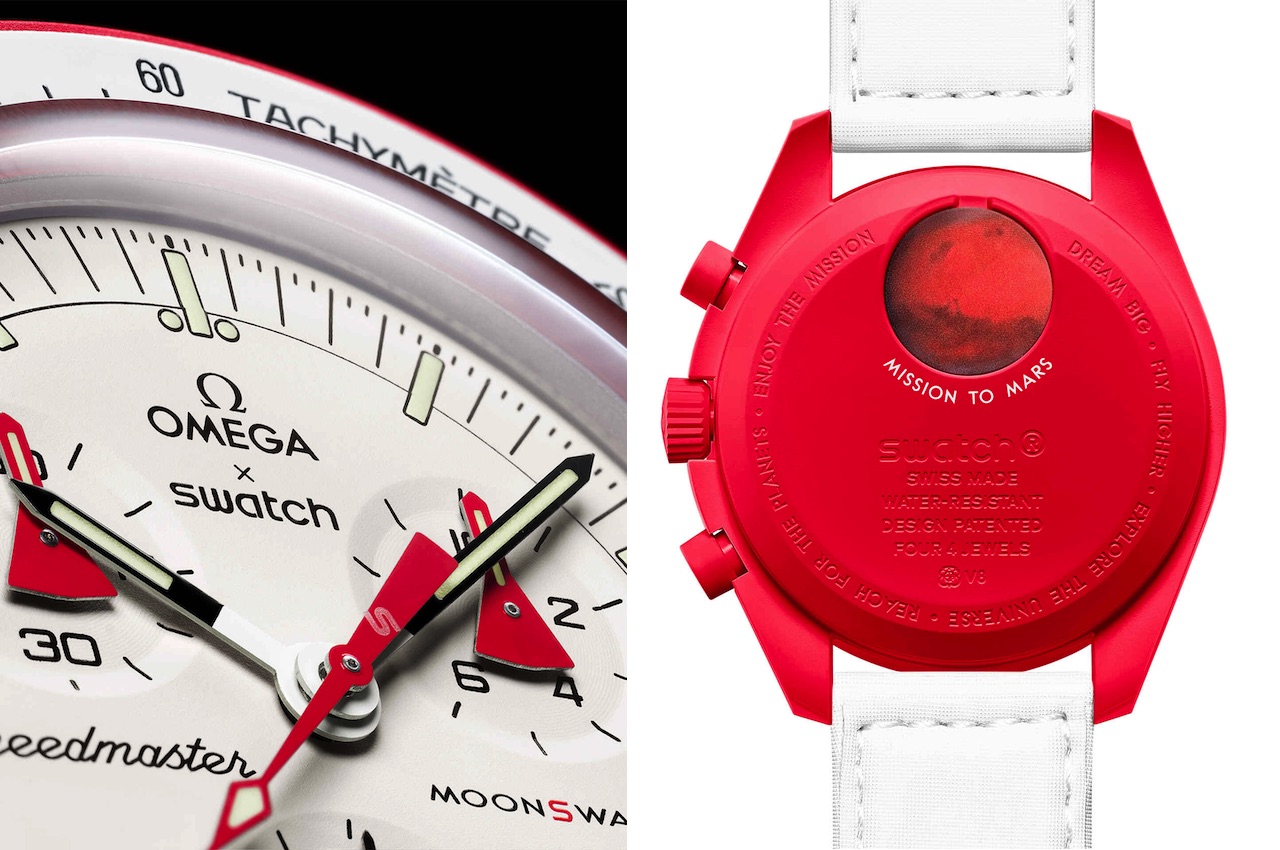 The Mars model of the Swatch x Omega Bioceramic Moonswatch appears to be the fiercest among the collection in red tones. The white dial and velcro strap balance the look, while the red hands and subdial add a playful punch. The hours and minutes subdials are shaped like a spacecraft. 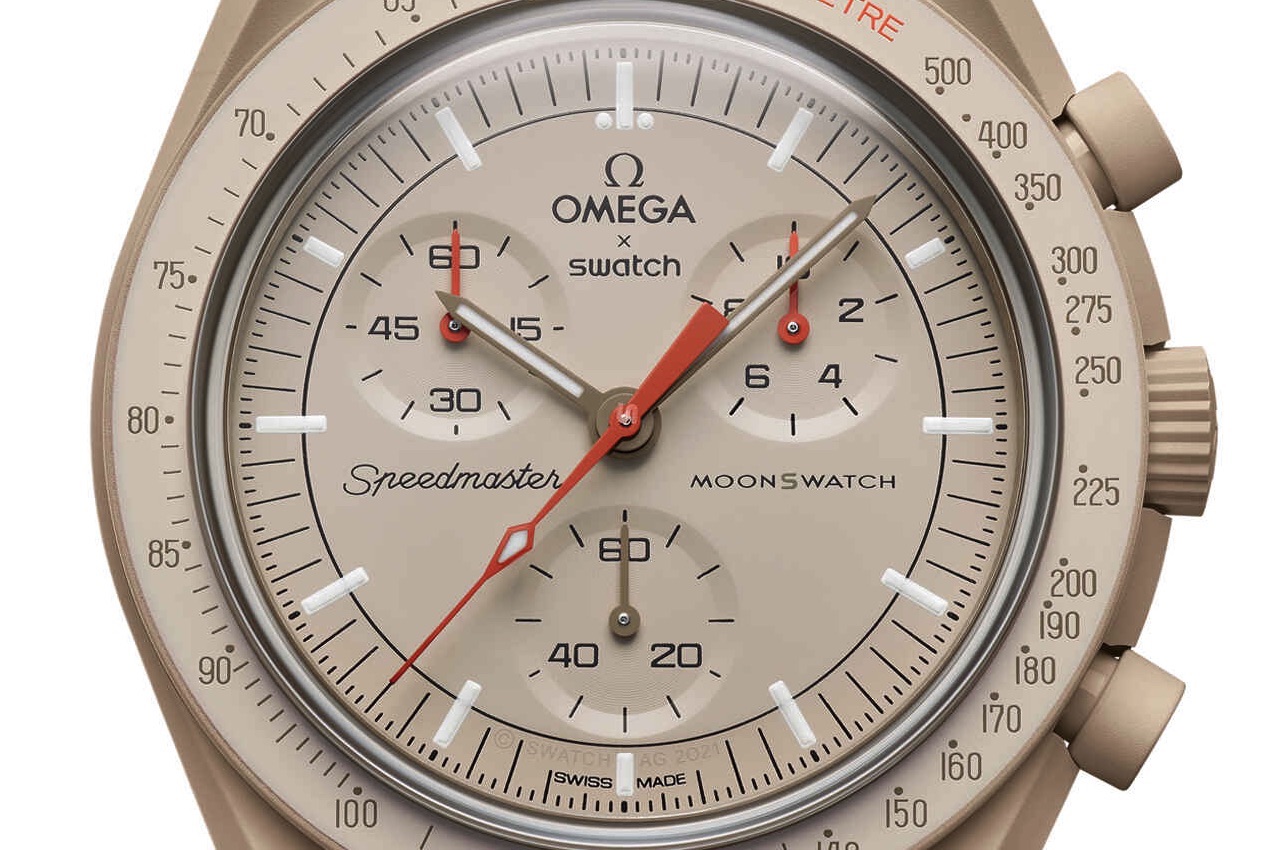 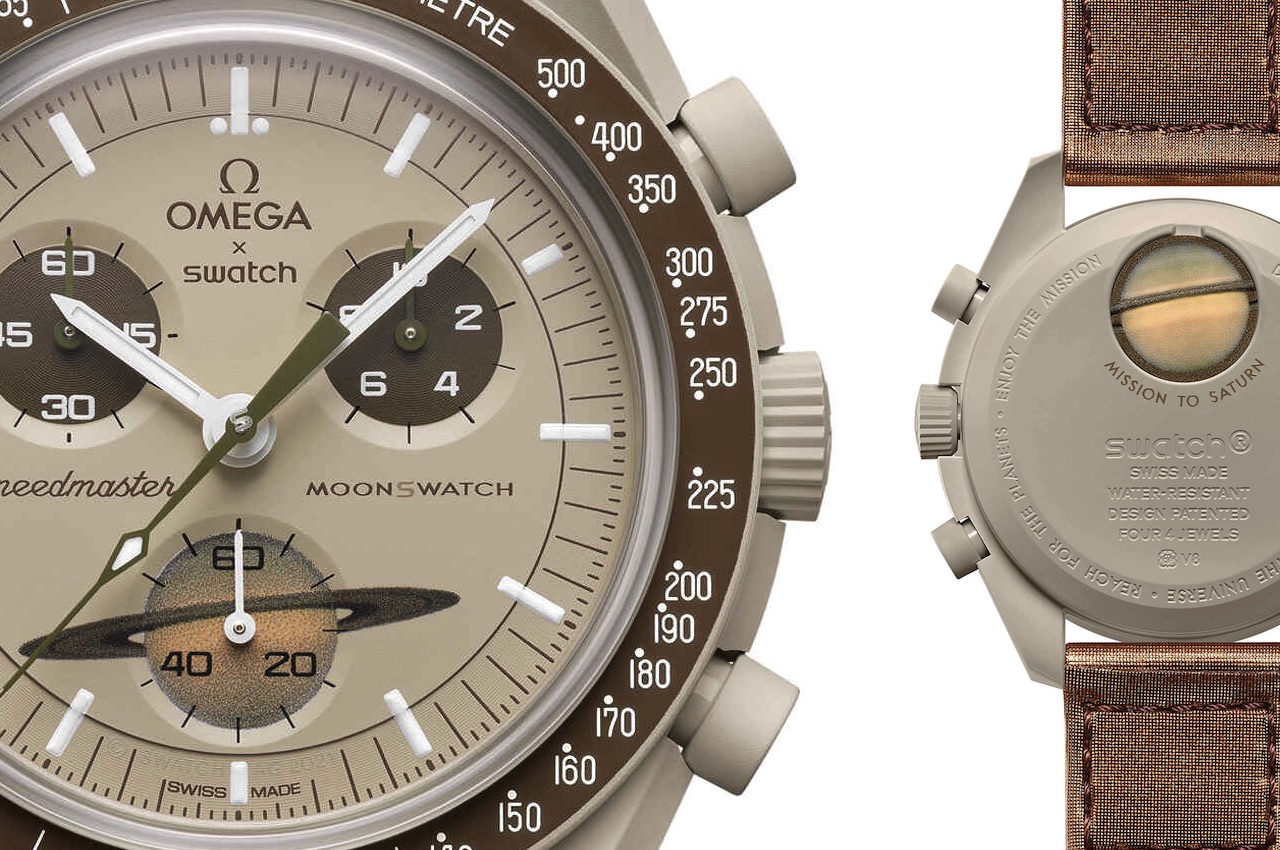 Mission to Jupiter can be considered a classic with its beige tones, complemented by a black strap. The orange contrast on the hands and subdials is just perfect. The Mission to Saturn version is a close sibling with sandy and cool beige tones and a brown strap and dial. The seconds subdial is a tiny planet with Saturn’s rings. 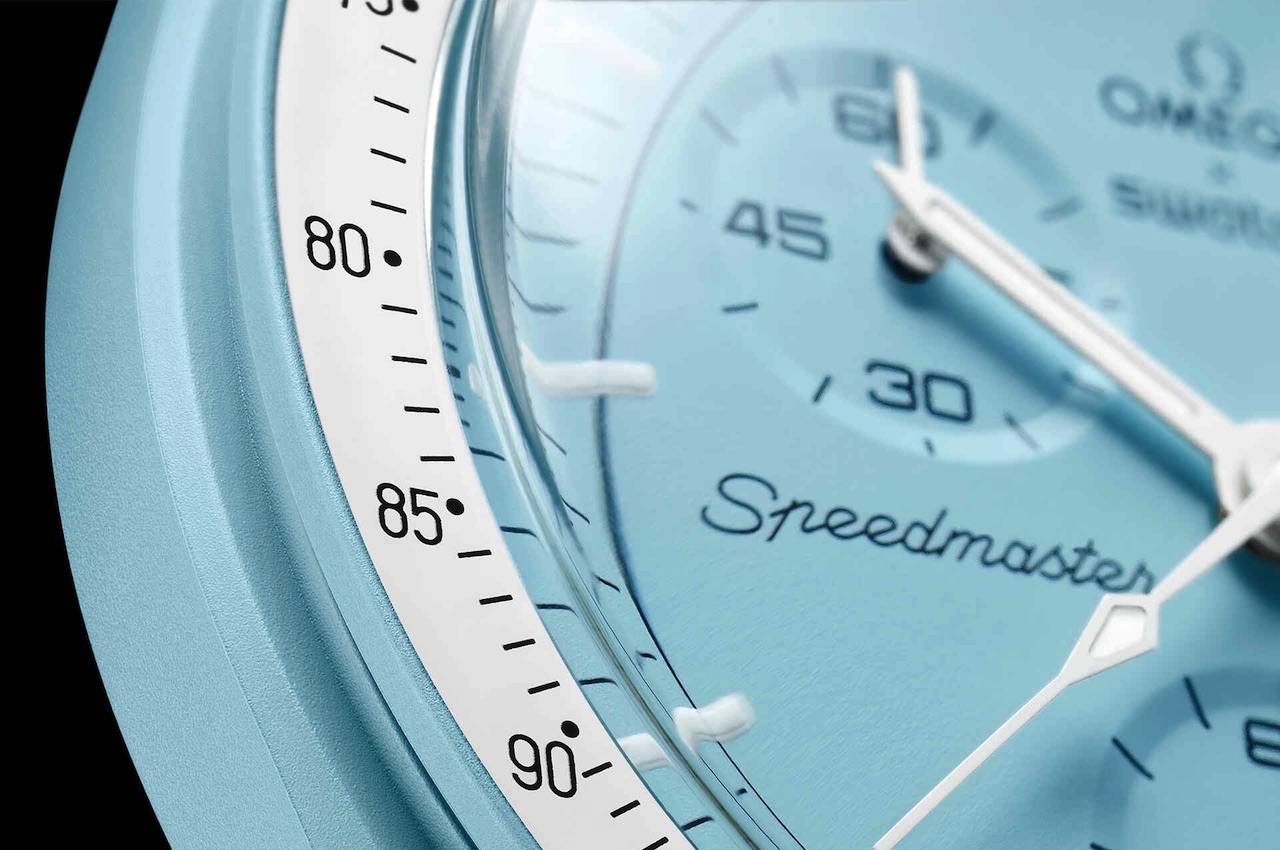 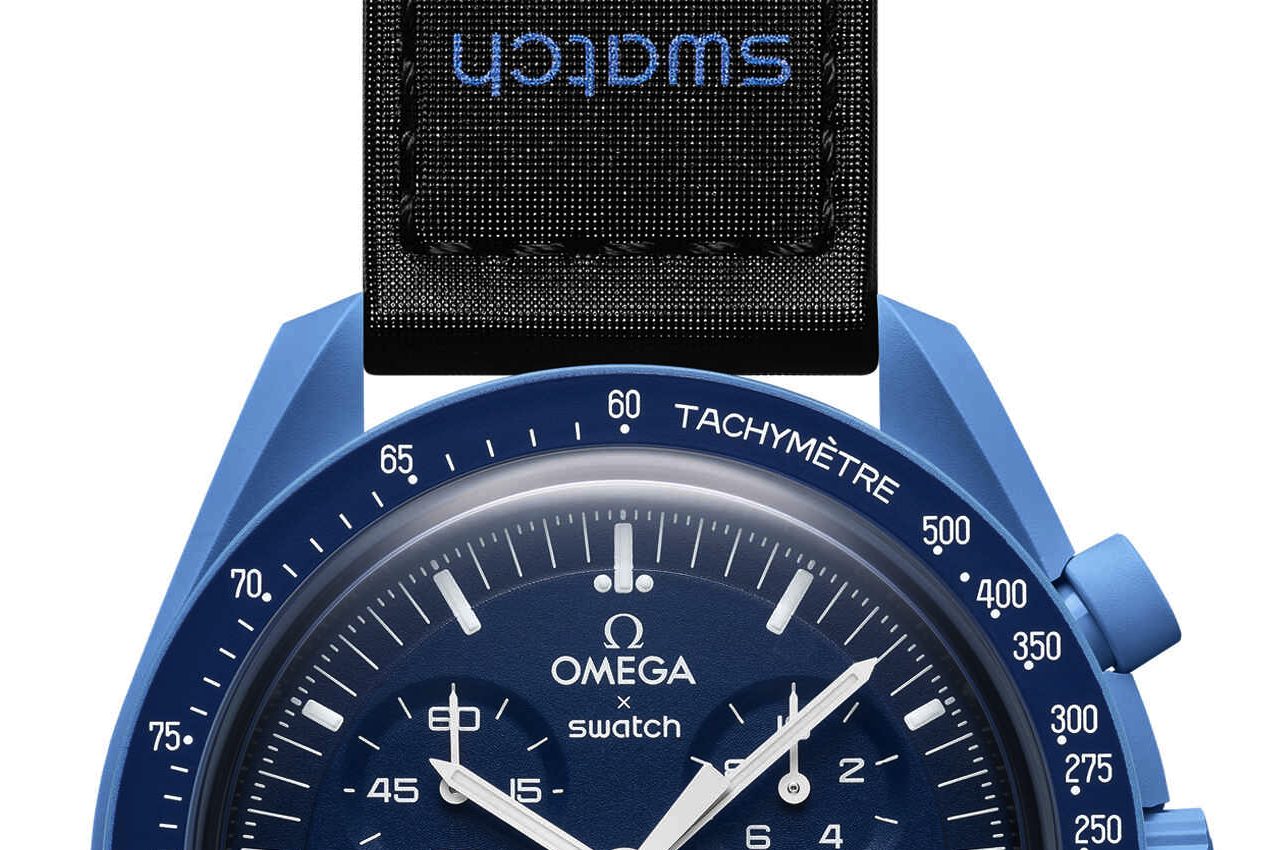 The Mission to Uranus is a pale blue tribute to the Greek god of the sky. The Neptune model reminds us of an ice giant in a freezing deep blue. Last but not least is the Mission to Pluto version, which is dedicated to the dwarf planet in burgundy and gray.

You can now continue enjoying the unique analog experience of a film camera without giving up the conveniences of your smartphone. Although the camera market…

The form and function of a wallet have evolved over time. Back when coins were the only form of currency, a pouch served the purpose…

Innovative smartphone accessories that add on to and upgrade your productivity game!

Okay, I know we can all agree that the one personal gadget we absolutely cannot live without is our smartphone! As sad as it sounds,…