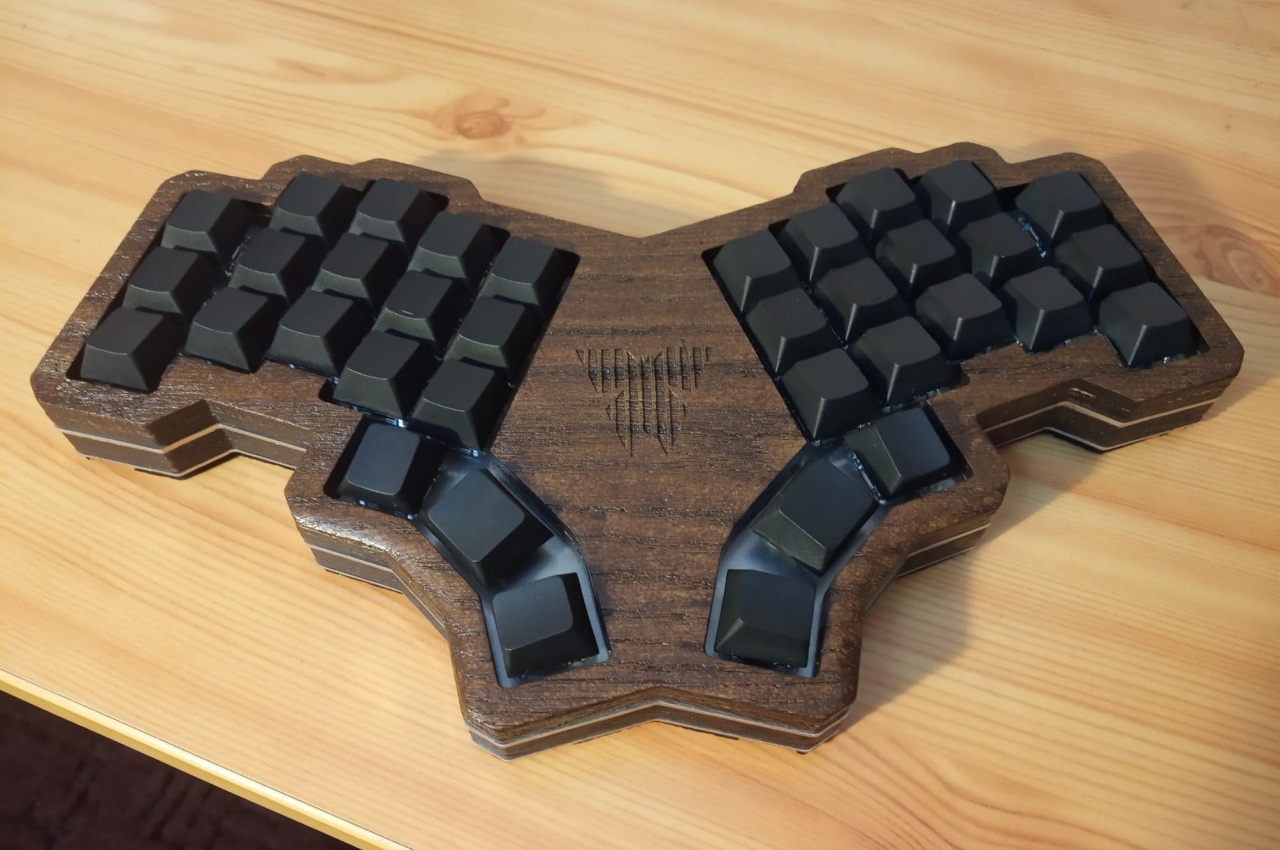 Computer keyboards have remained unchanged over the decades, utilizing the same standard layout with very little variation. Of course, there have been attempts to change the general shape of the keyboard, including split forms designed to improve ergonomics, but the number of keys sometimes remains the same. There are also times, however, when creative people think outside the box and go to town with new concepts and experiments. Those often end up looking unpolished or straight out of a sci-fi show prop, but this eye-catching butterfly-shaped keyboard won’t look out of place on a minimalist wooden workspace. 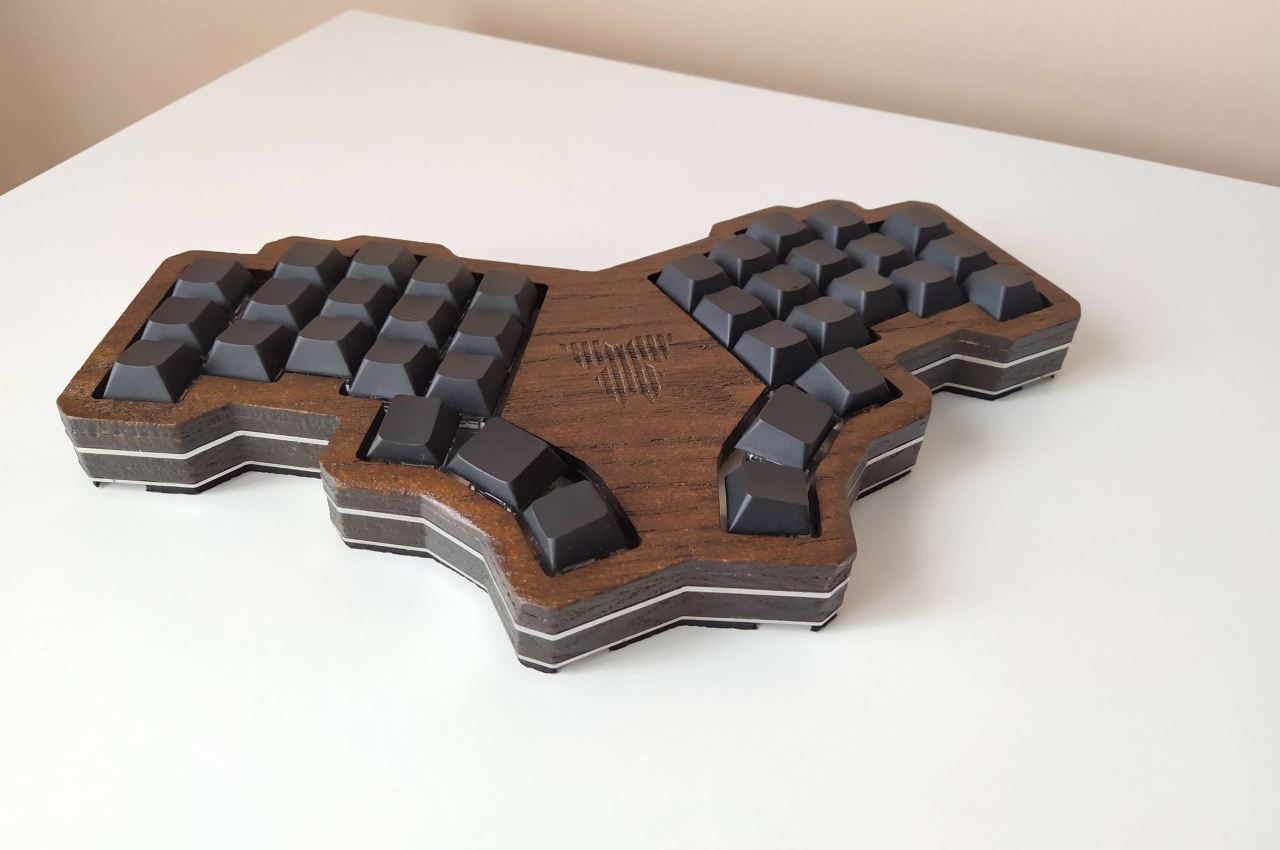 The designer, a software engineer by profession and modder by hobby, initially wanted to create something that would have ended up looking completely different. The ultimate goal was to have a reduced number of keys, 36 in total, plus a few extra keys that would allow switching between letters, symbols, and function keys. At first, he settled on a “3D” design that had those extra keys hidden underneath an elevated surface for the split 36 keys. 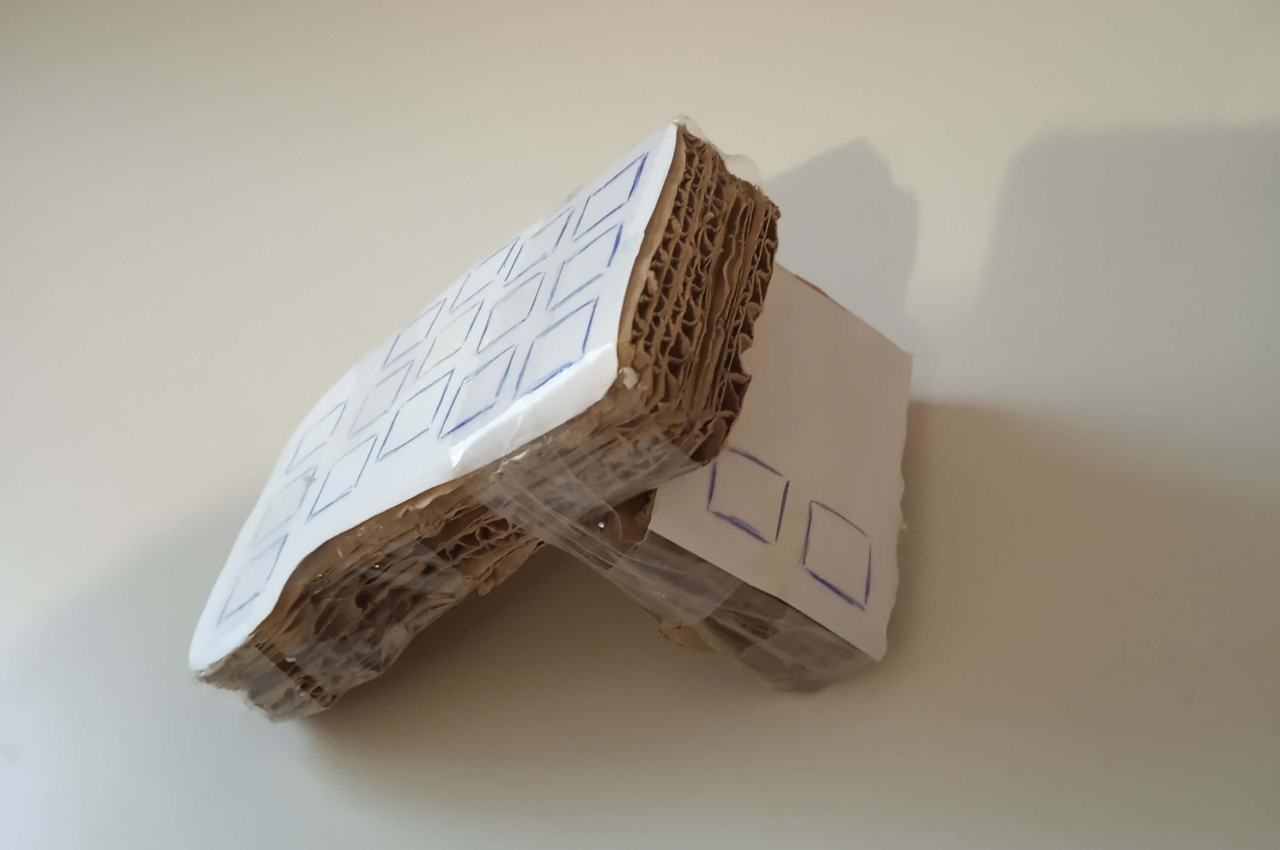 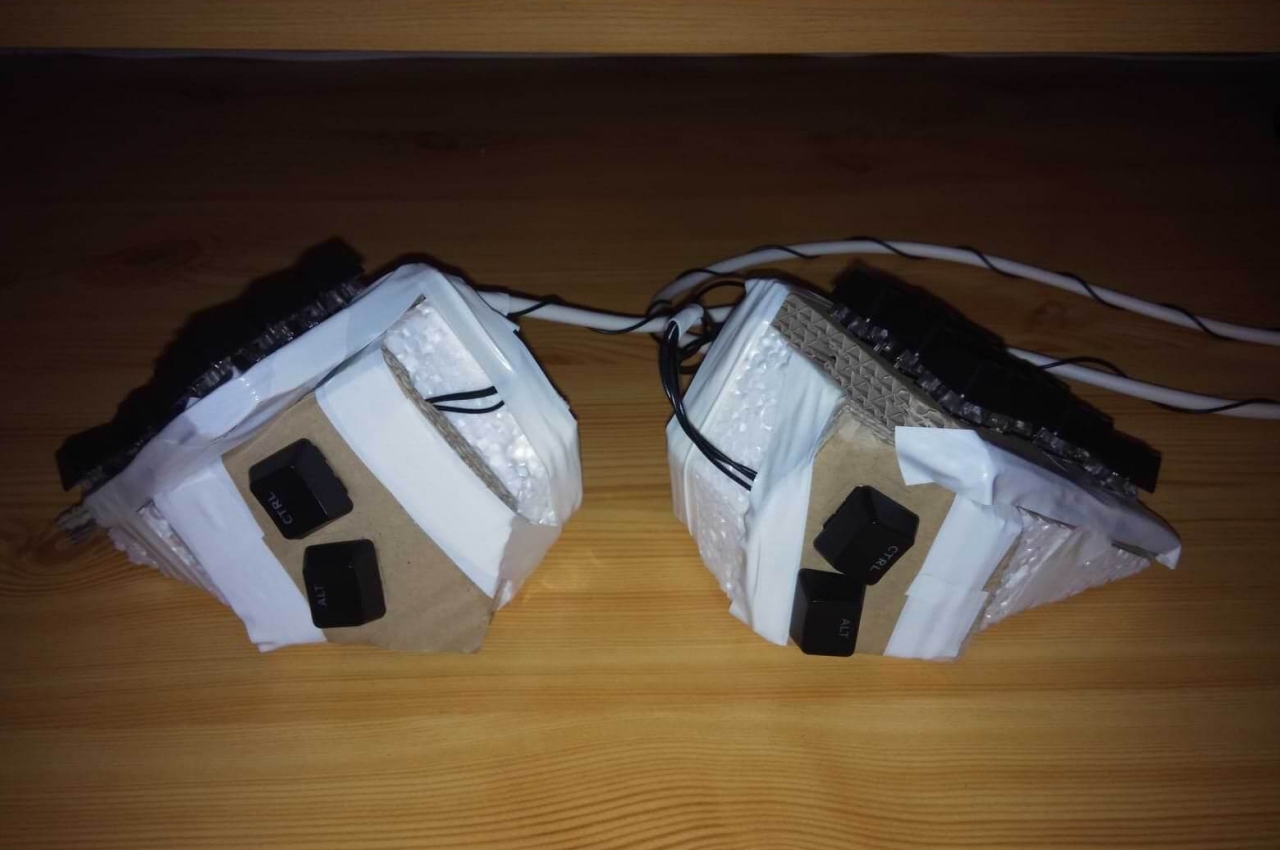 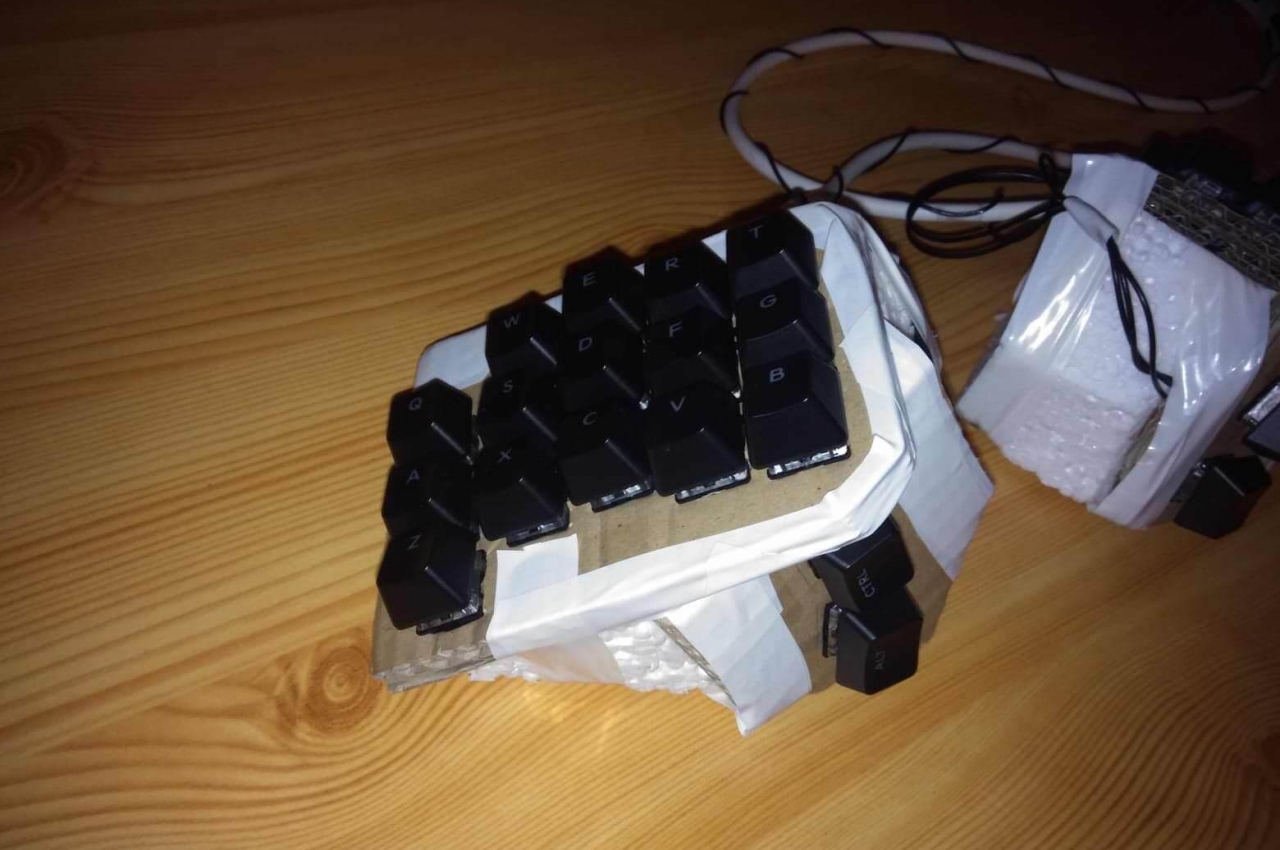 That, however, didn’t pan out, and the modder realized that his needs and situation were better served by a uni-body keyboard instead. Still sticking to the same idea, however, he ditched the typical “ergonomic” keyboard format but still kept the split layout, ending up with a form that looked like a butterfly. That wasn’t by accident, though, since he already chose the name “Absolem” for the keyboard after the character from Alice in Wonderland. 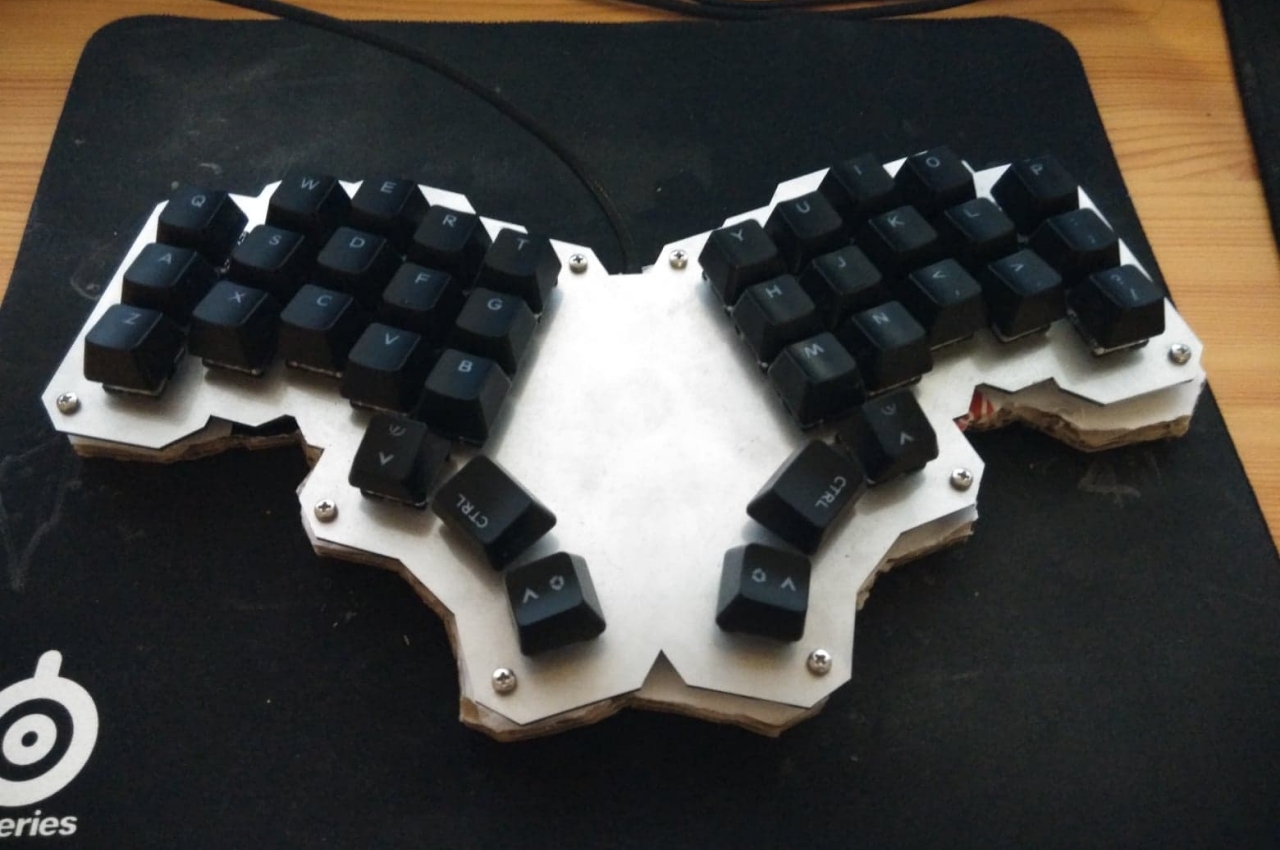 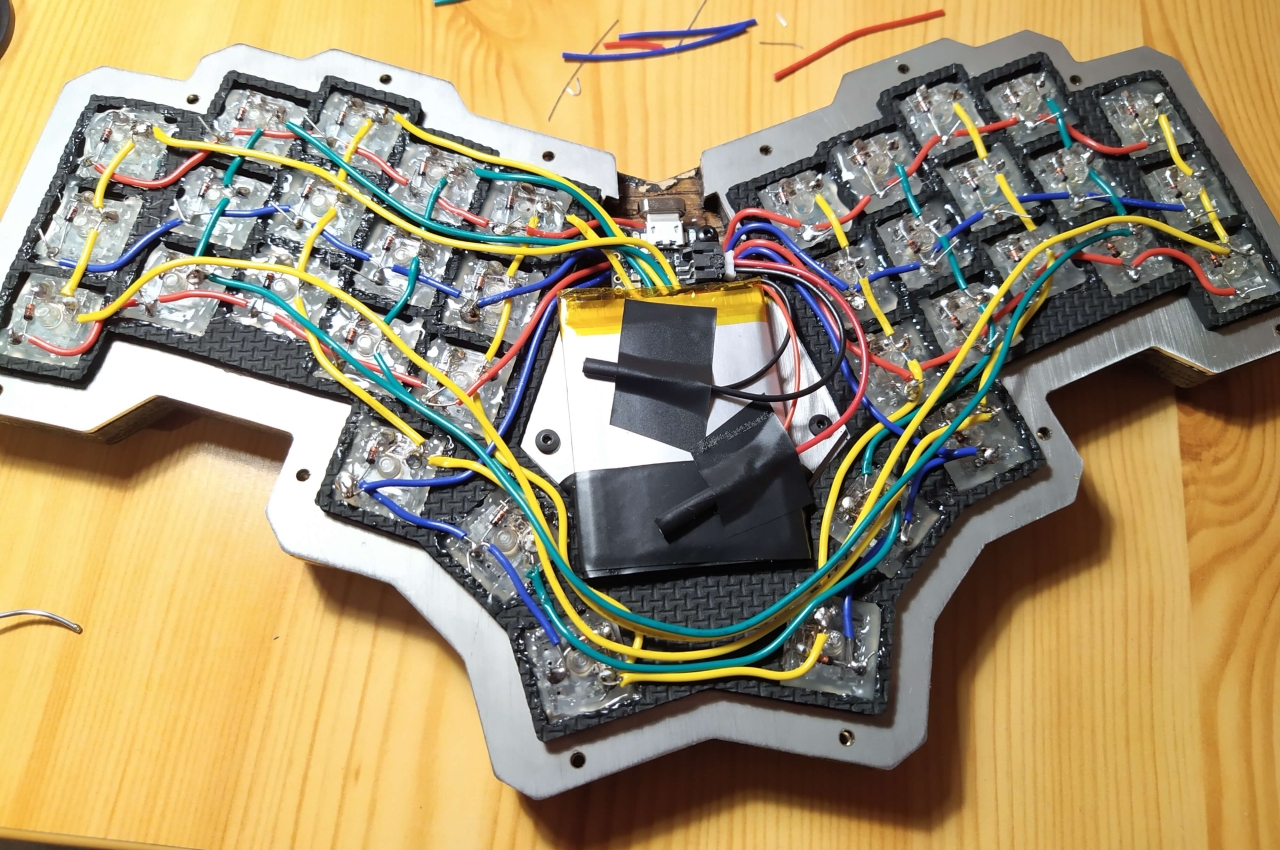 As always, the building process was actually shorter than the designing and prototyping stages. Despite the wooden exterior, the Absolem keyboard uses plenty of plastic and electronics, including neoprene, so it’s not exactly a sustainable design. That said, it also has a good amount of wood and steel, so not everything has a negative impact on the environment. 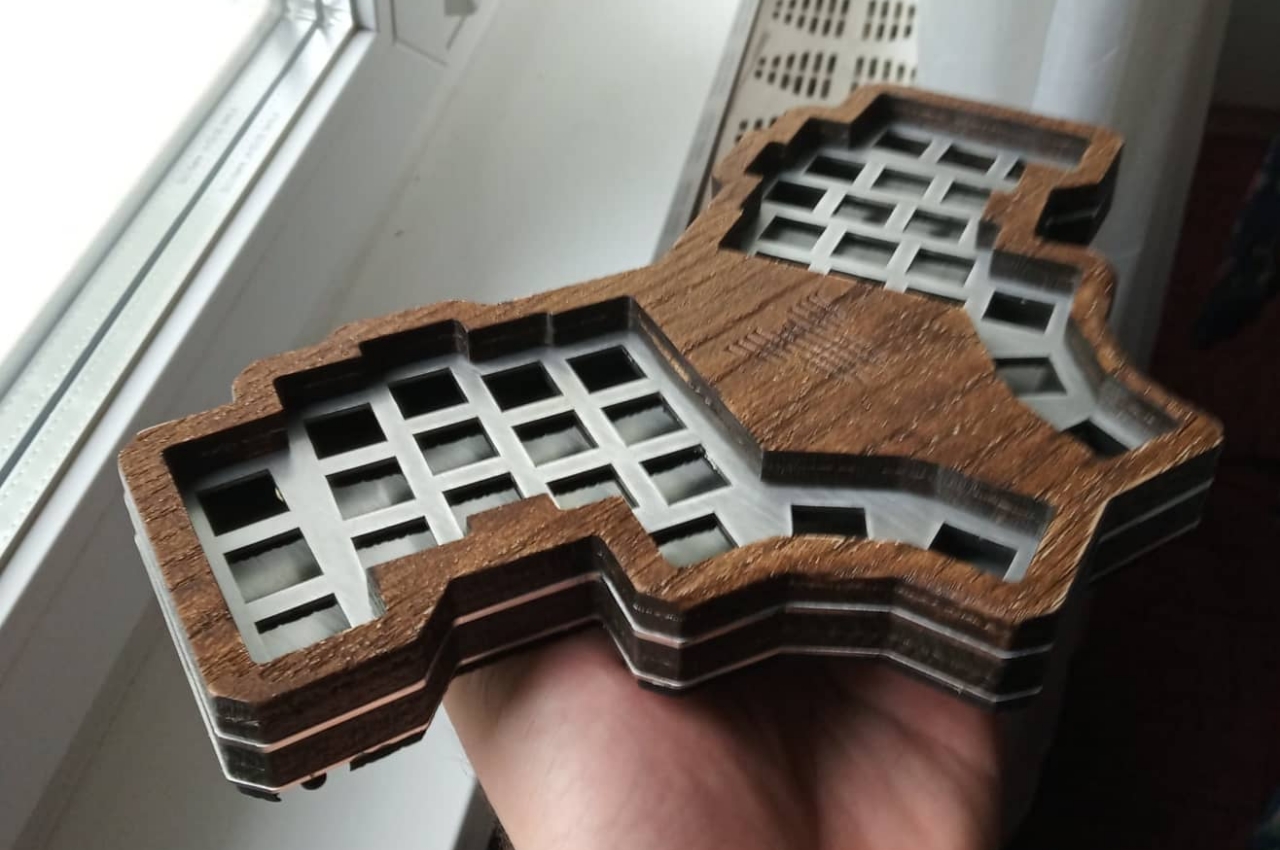 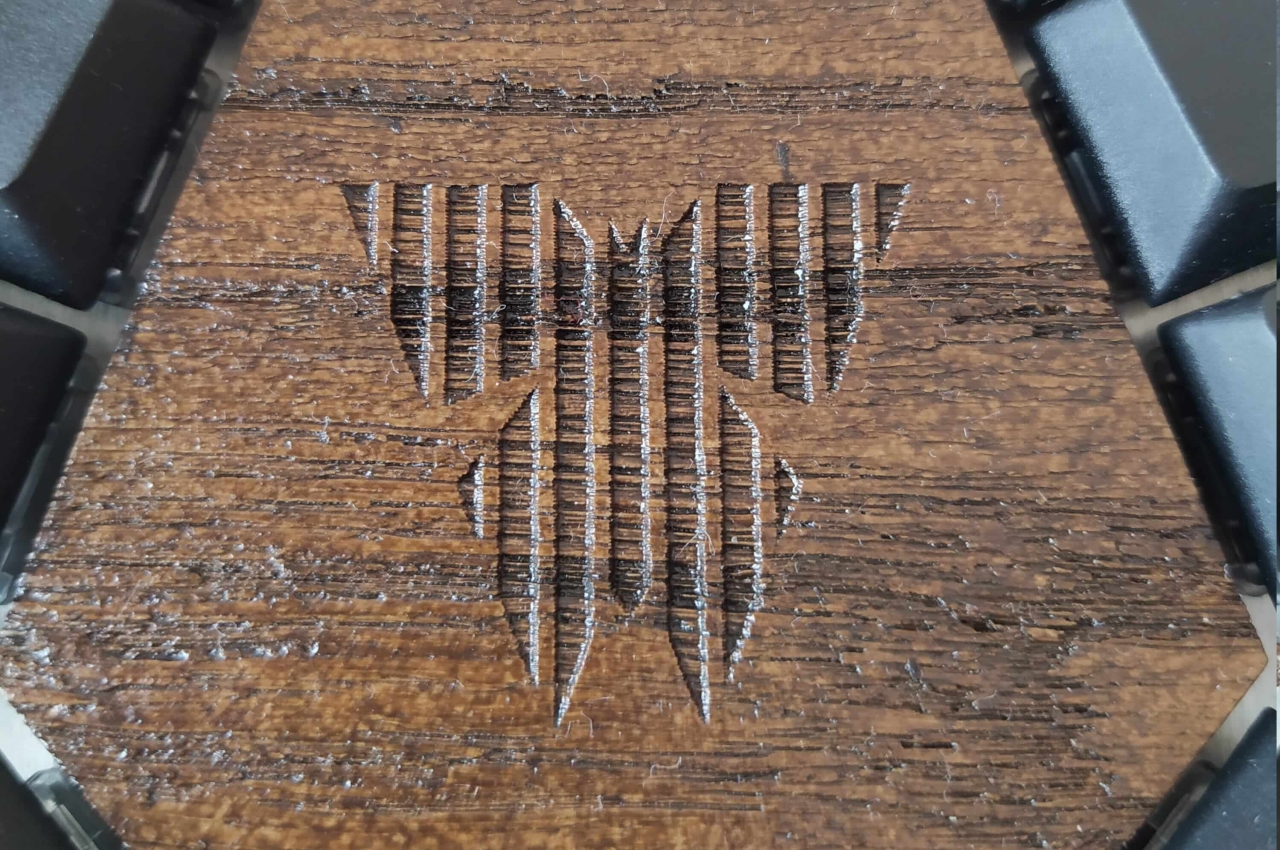 The creator’s acute attention to detail is what you’d expect from professional modders, but his taste in materials and design does set him above his peers. The end result is an intriguing and beautiful mechanical keyboard that almost looks like a part of some fantasy or steampunk world. The ergonomics of such a design is probably a bit questionable, but it’s hopefully not worse than traditional keyboards, which are seemingly non-ergonomic by design. 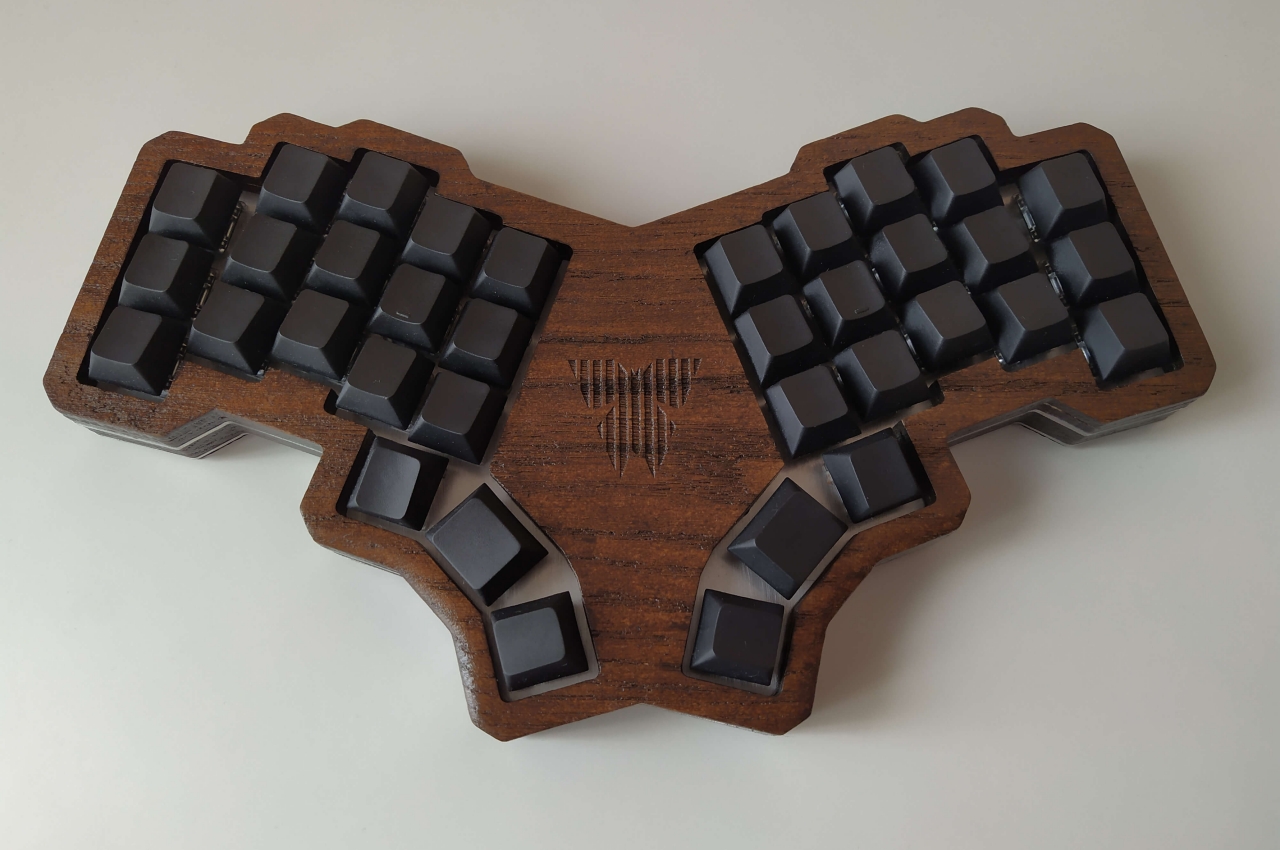 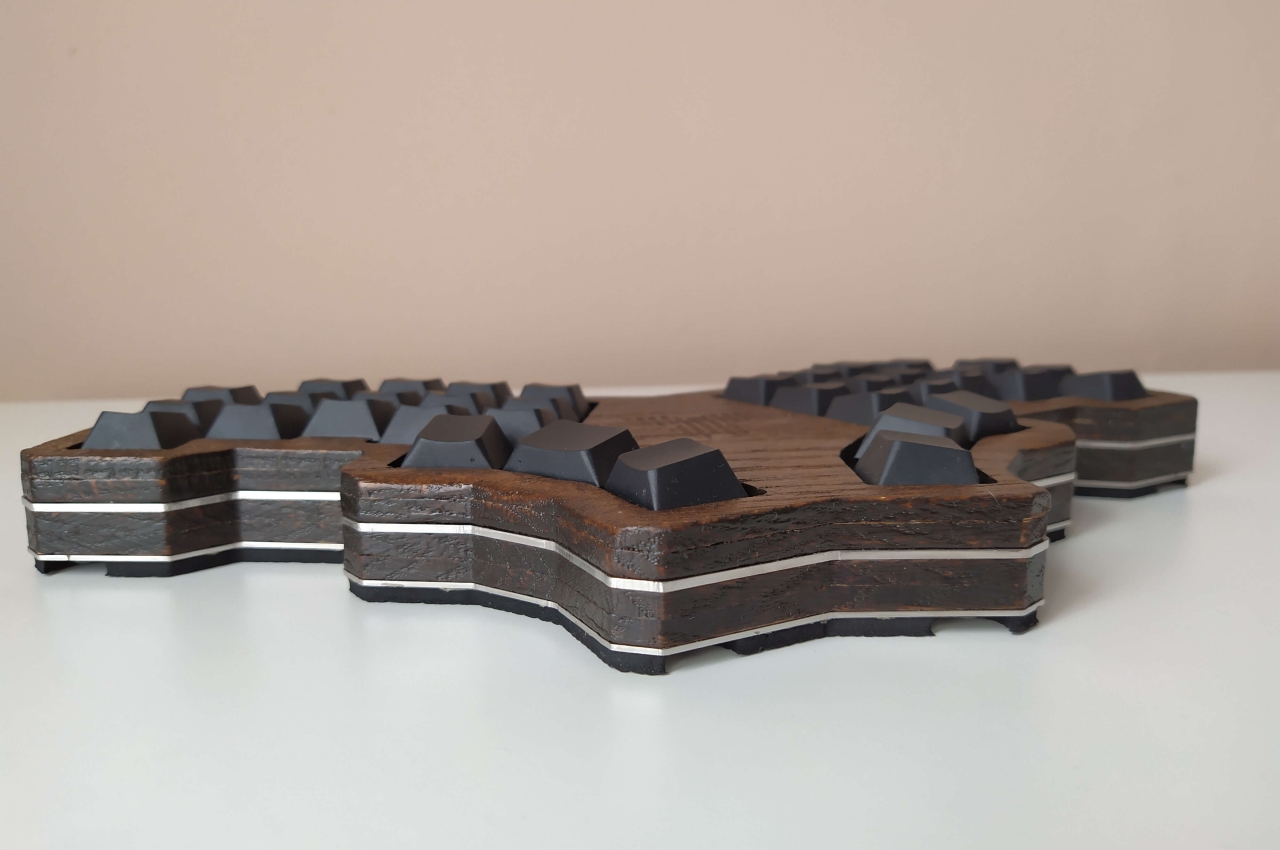 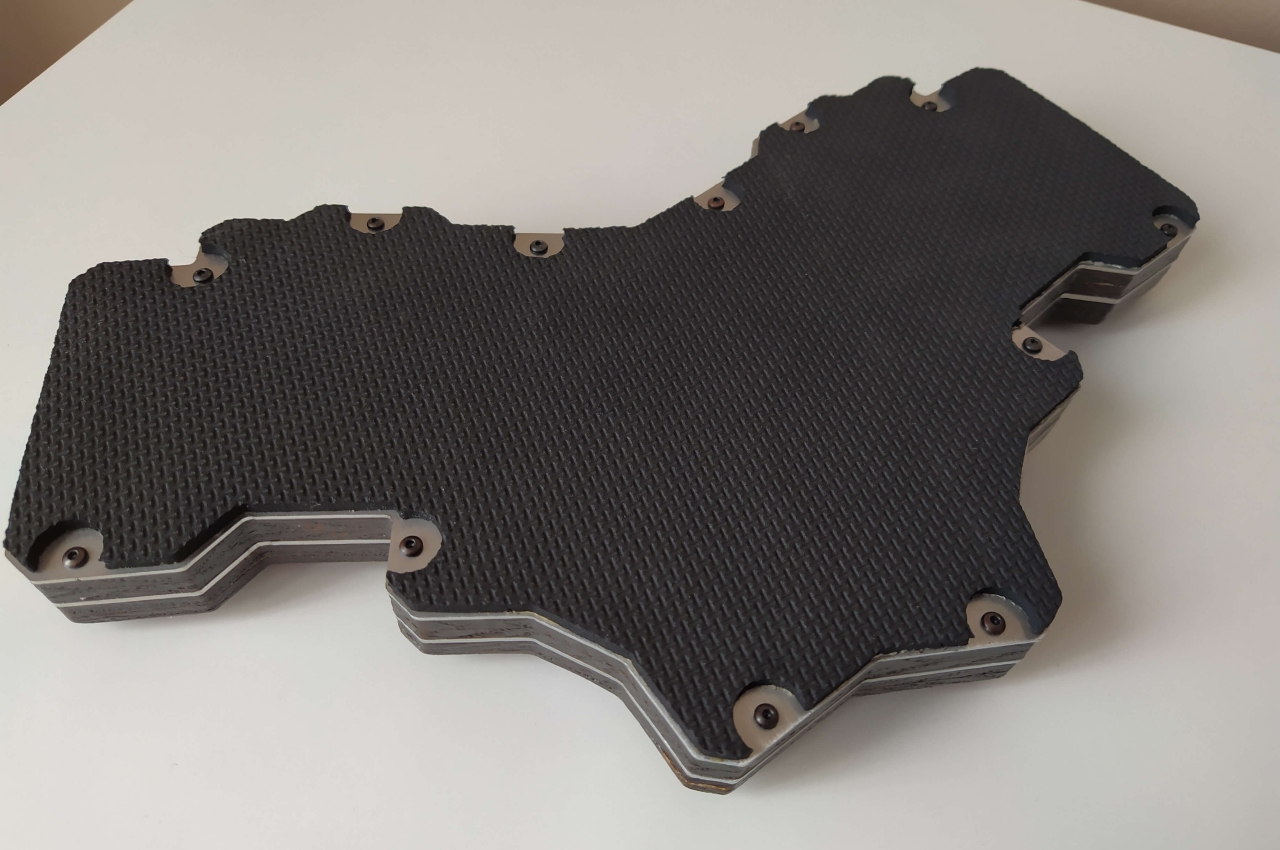 If you’ve ever played with a “smart home” remote, you know it’s a black hole of confusion and over-functionality! Simply called “Cube”, this innovative remote…

We saw several napkin idea concepts last year but this is the first to utilize e-ink and RF technology. The Napkin PC is designed for…

With a futuristic breathable fabric and magnetic buttons, the ‘AIR’ blazer is the definition of cool!

https://www.kickstarter.com/projects/gottlich/air-the-worlds-most-breathable-blazer-ever The blazer is a classic garment, in that it hasn’t changed in centuries, and probably doesn’t need to… but with modern times a few…