Listening to calming music or energizing beats is more effective when you’re confident that you’re breathing in clean air, even in the middle of a busy city.

Dyson is a brand that’s probably best known for consumer electronics that have something to do with sucking or blowing air. Vacuum cleaners, hairdryers, bladeless fans, and air purifiers are all part of the company’s best-known products, but that doesn’t mean there’s little room for growth. None of these things can be used outside, especially while walking down city streets. Dyson’s latest product hits two poor birds with the proverbial stone, delivering the air purifying experience the brand is famous for in a pair of headphones that promise hi-fidelity audio in a visual design that fits alongside Dyson’s vacs and hair dryers. 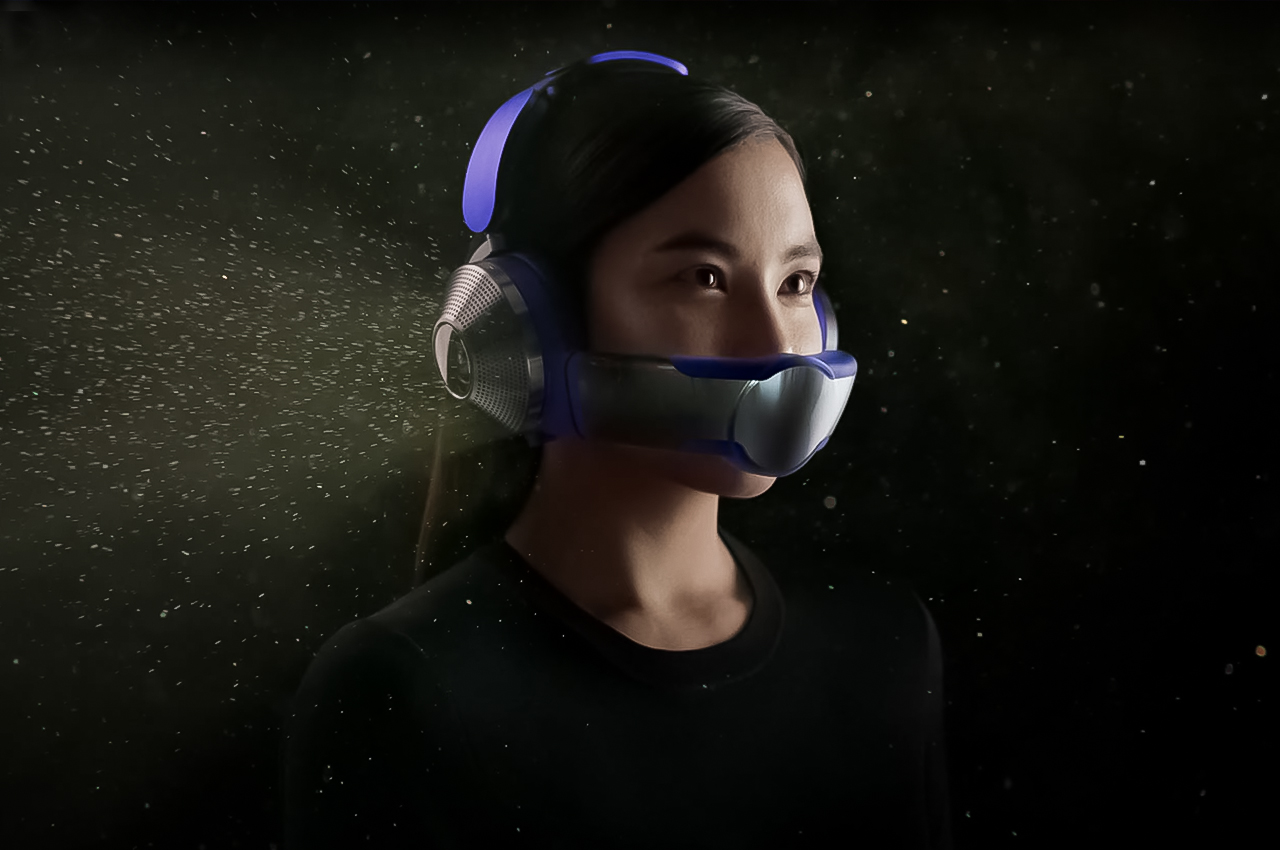 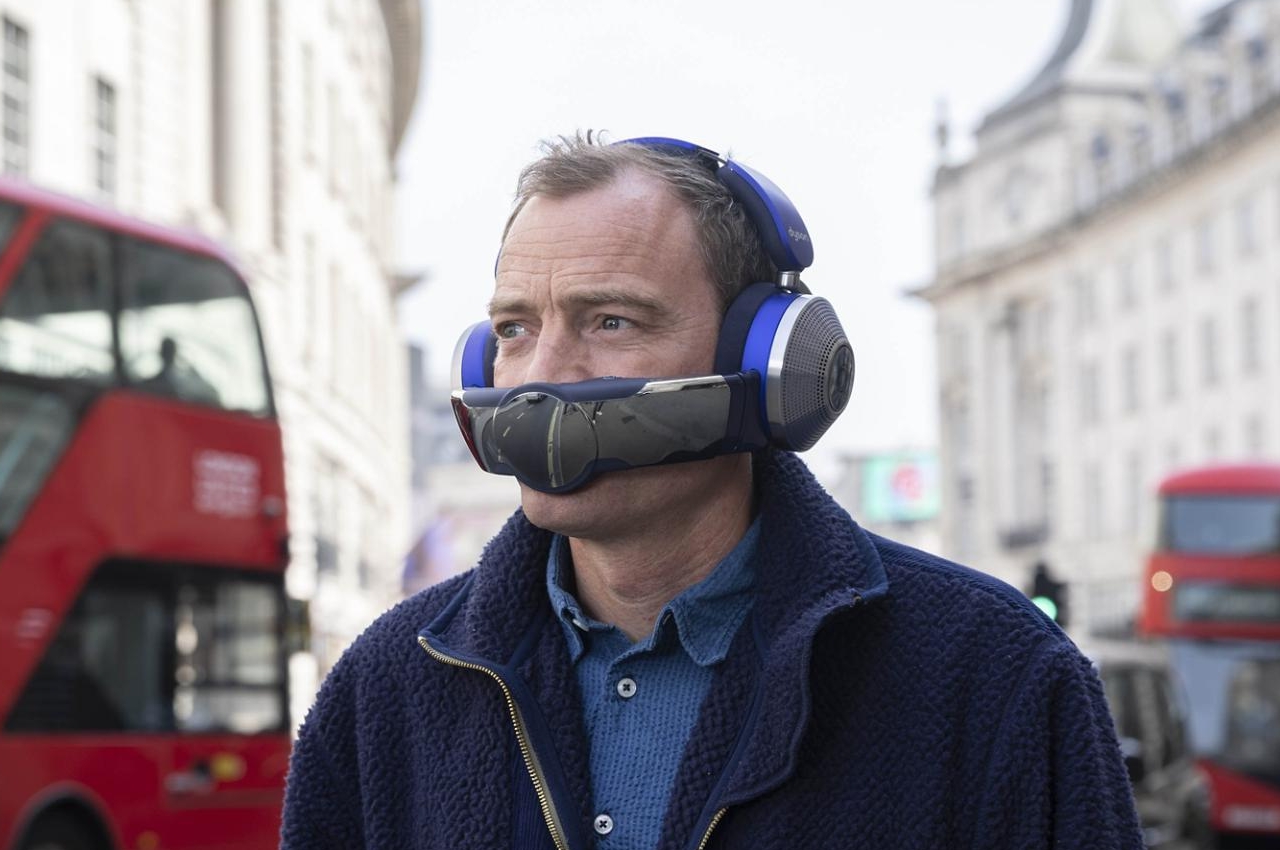 The Dyson Zone is a first in many ways. It is the company’s first stab at the growing wearables market, specifically the ill-named “hearables” that refer to headphones and earphones, especially those that connect to smartphones. The exact specs of Dyson’s first headphones are still undisclosed, but there are already a few key features it has mentioned that will have audiophiles curious about this new contender. At the top of that list is active noise cancellation or ANC, which is becoming a standard with over-ear headphones these days. That alone already gives the Dyson Zone a leg up among other audio accessories, but that is honestly just the tip of the iceberg. 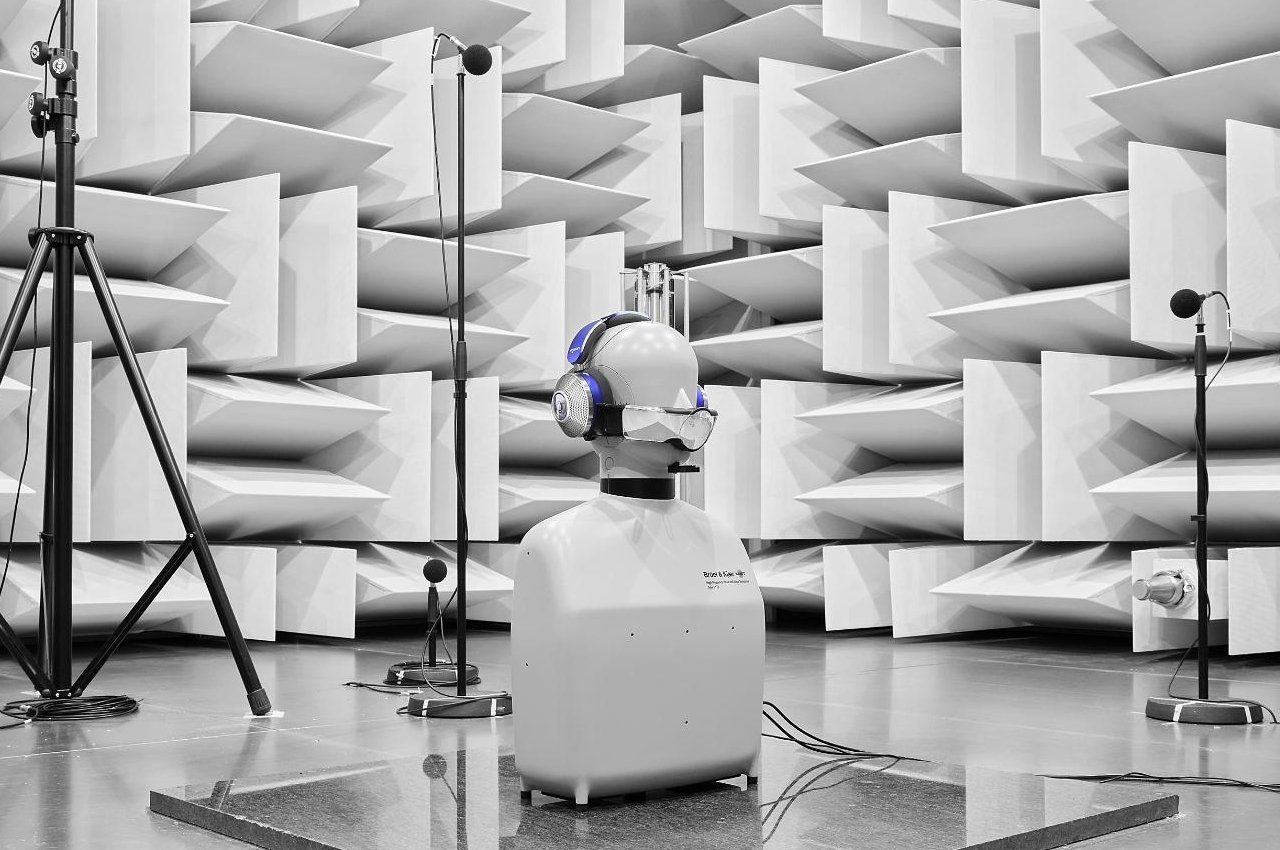 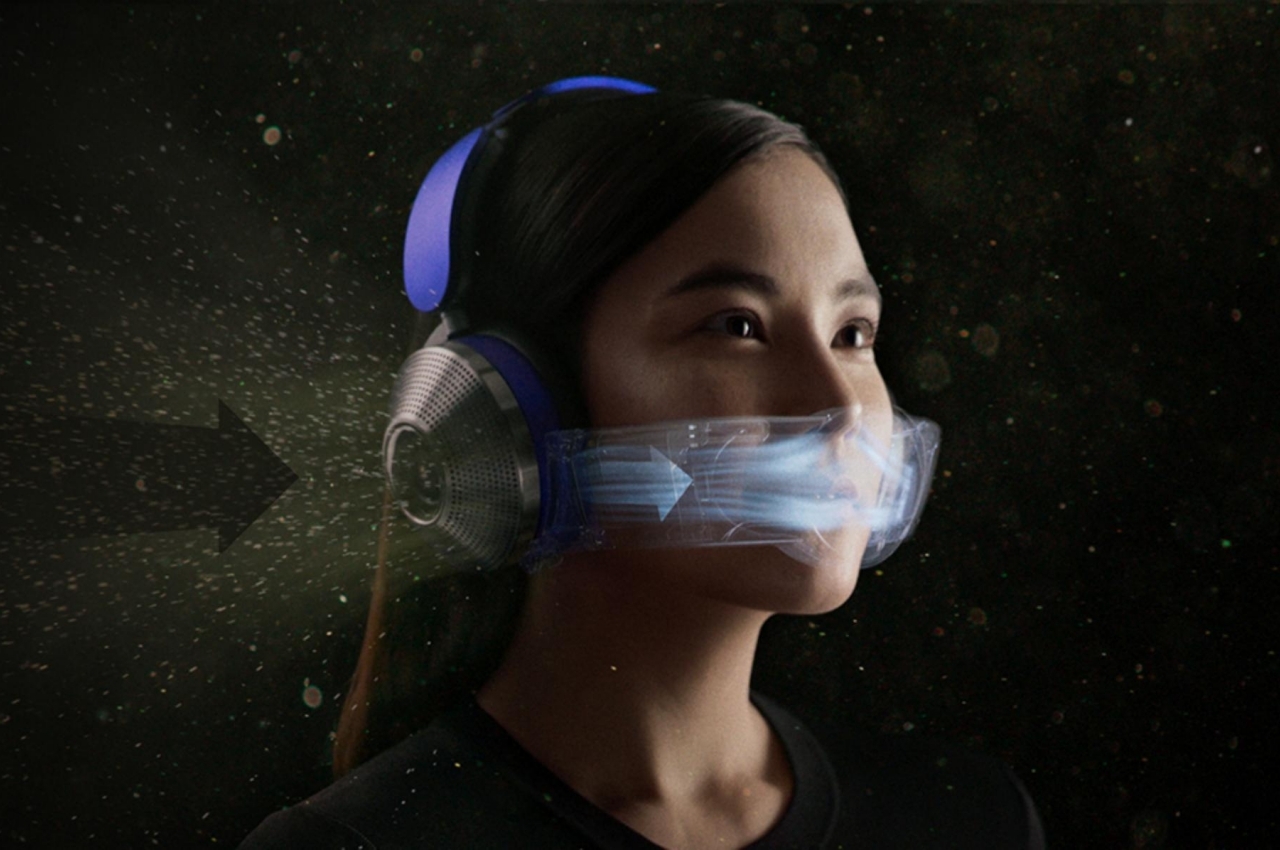 The biggest draw that the Dyson Zone will have is the “visor” that will cover your nose and mouth without actually touching them like a traditional mask. This visor actually delivers fresh, clean air coming from the sides of the headphones, purified from the very air that surrounds you, regardless of its quality. Unlike regular masks, it doesn’t just filter out particles and pollutants but actively cleans the air, a process that Dyson already has down to a “T.” Razer’s now-controversial Zephyr RGB mask definitely has nothing on this. 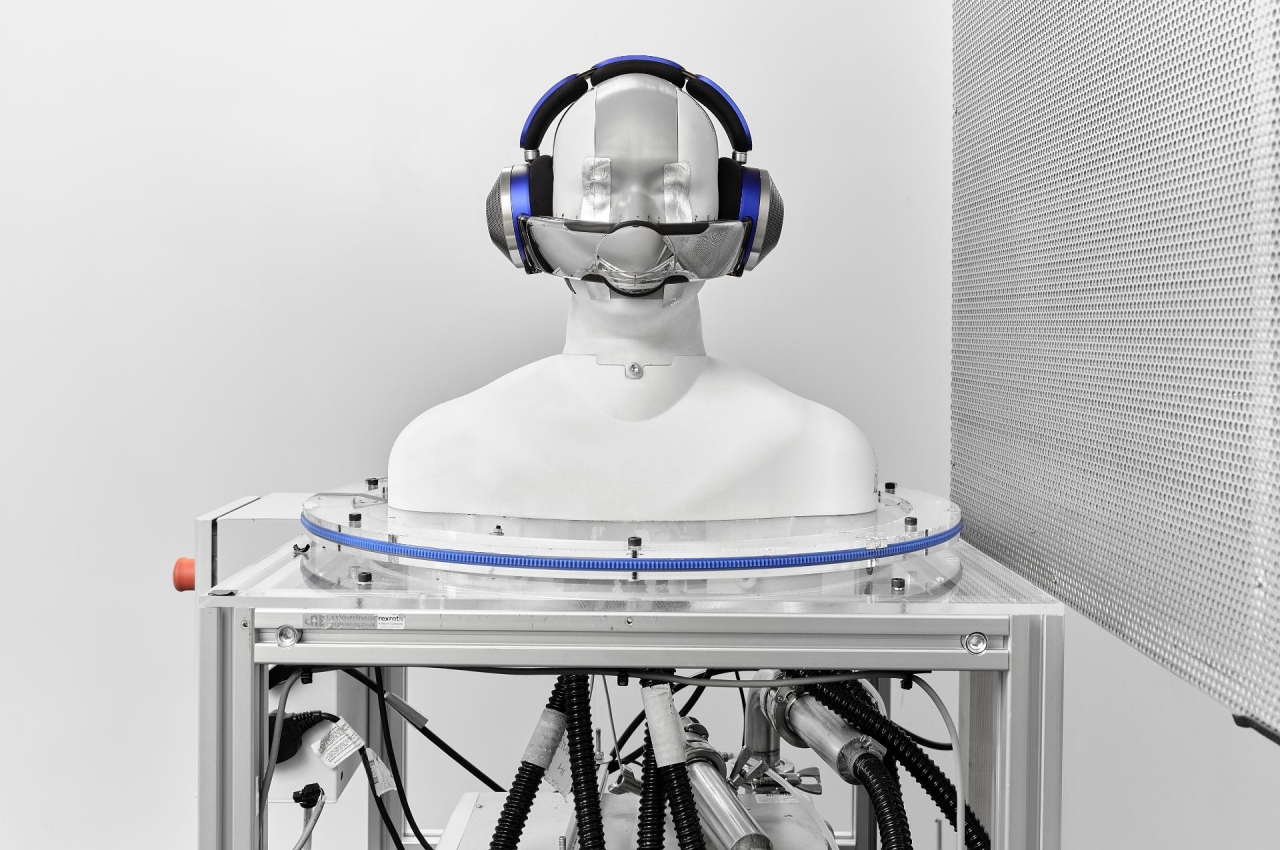 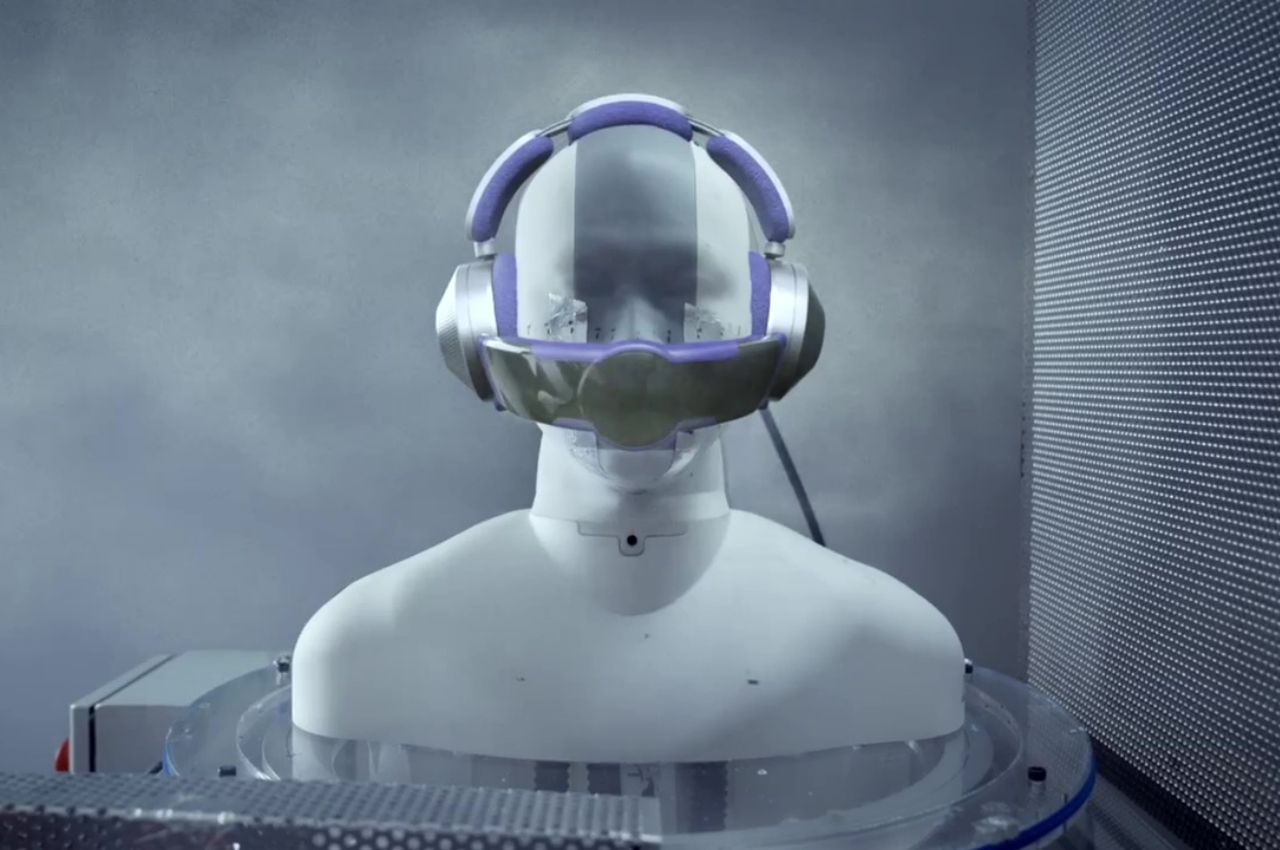 Dyson’s story on how the Zone went from concept to prototype to final design is also quite interesting. They even went as far as creating a specialized mannequin with artificial lungs so that they could monitor how effective the purifier is in cleaning the air around it. The company also took extra care in making sure that the visor is comfortable to wear, as discomfort and irritation are some of the biggest complaints mask wearers have had in the past two years. 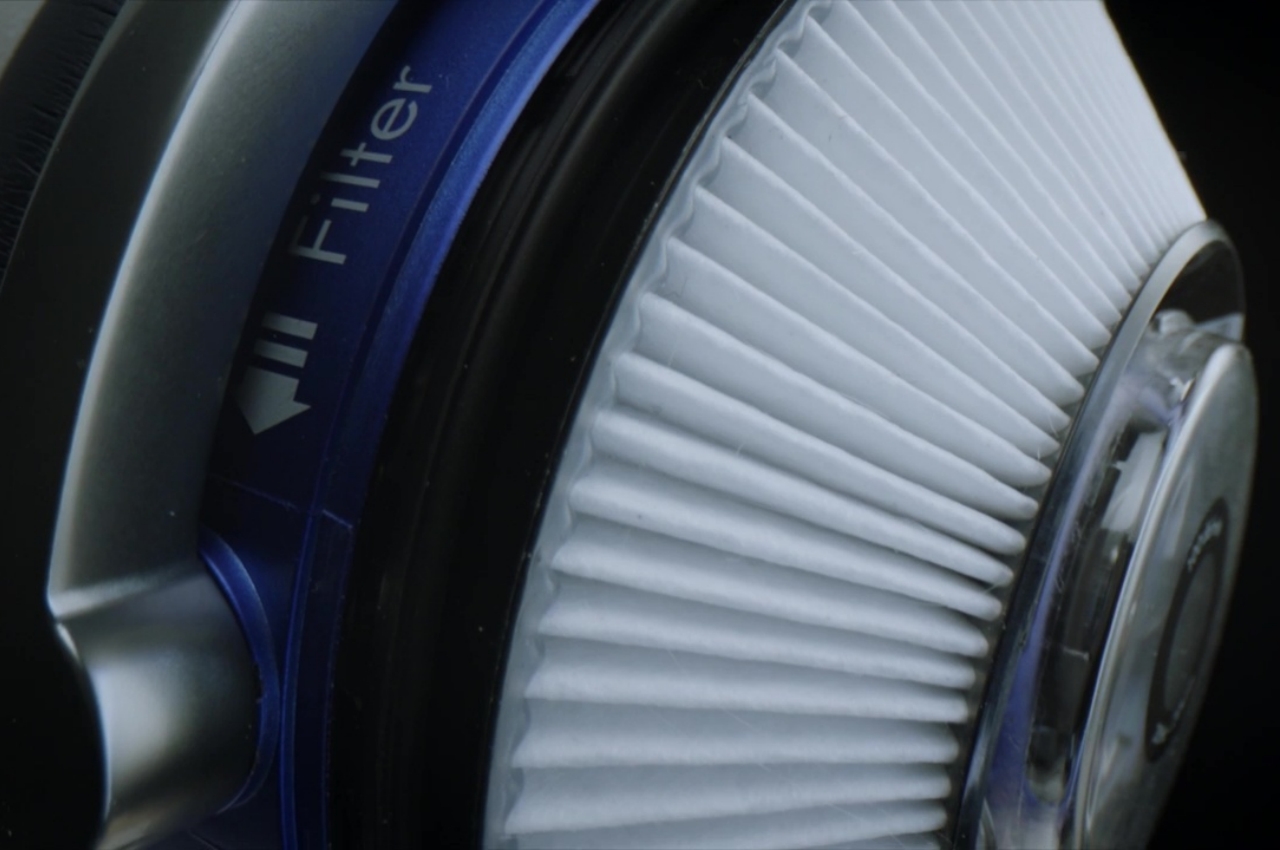 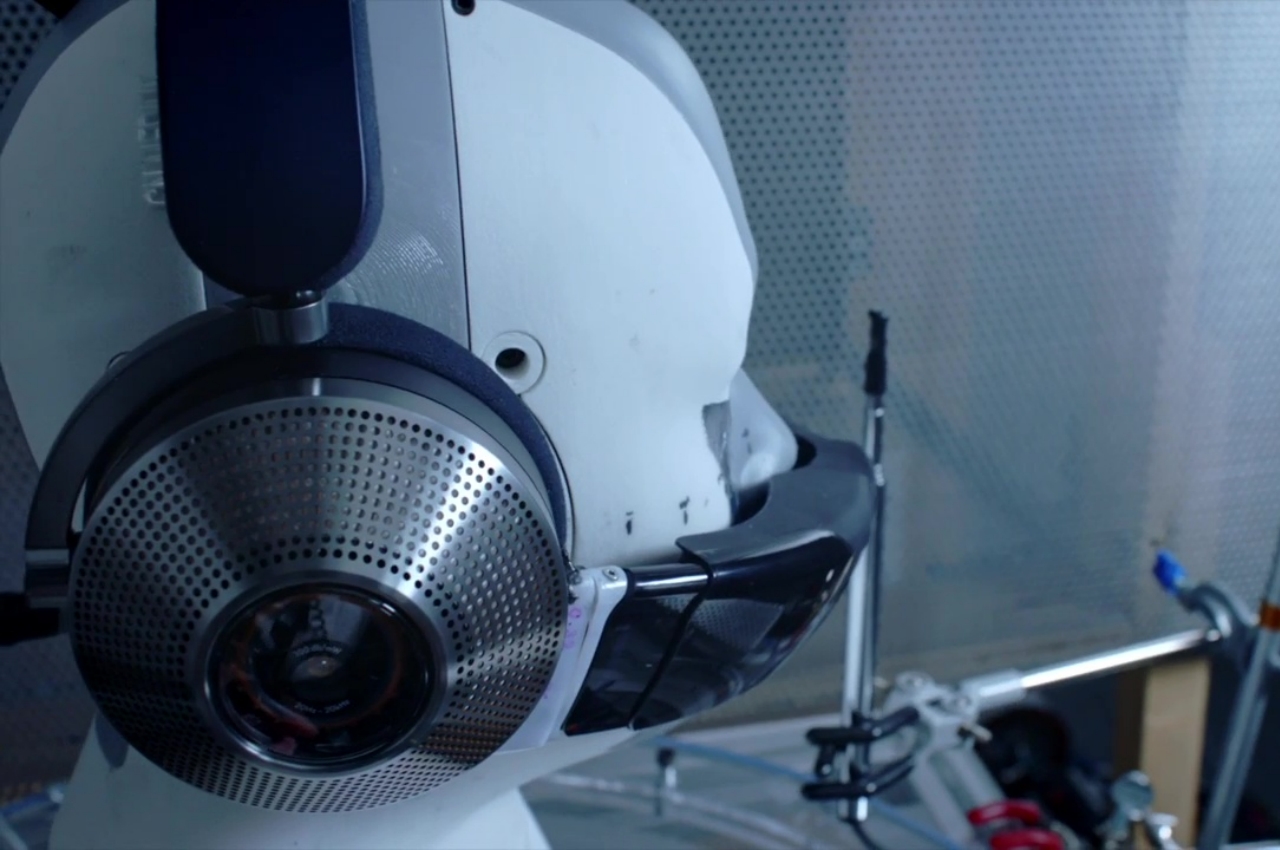 “Air pollution is a global problem – it affects us everywhere we go,” says Chief Engineer Jake Dyson, and the Dyson Zone is the perfect solution for that. It delivers not only “a plume of fresh air without touching your face” but also “pure audio, anywhere.” And just like Dyson’s other products, it bears the company’s signature design language, a harmonious mix of shiny silver and solid color accents, making it a clear member of the Dyson family, even if it stands out as its only wearable, at least for now. 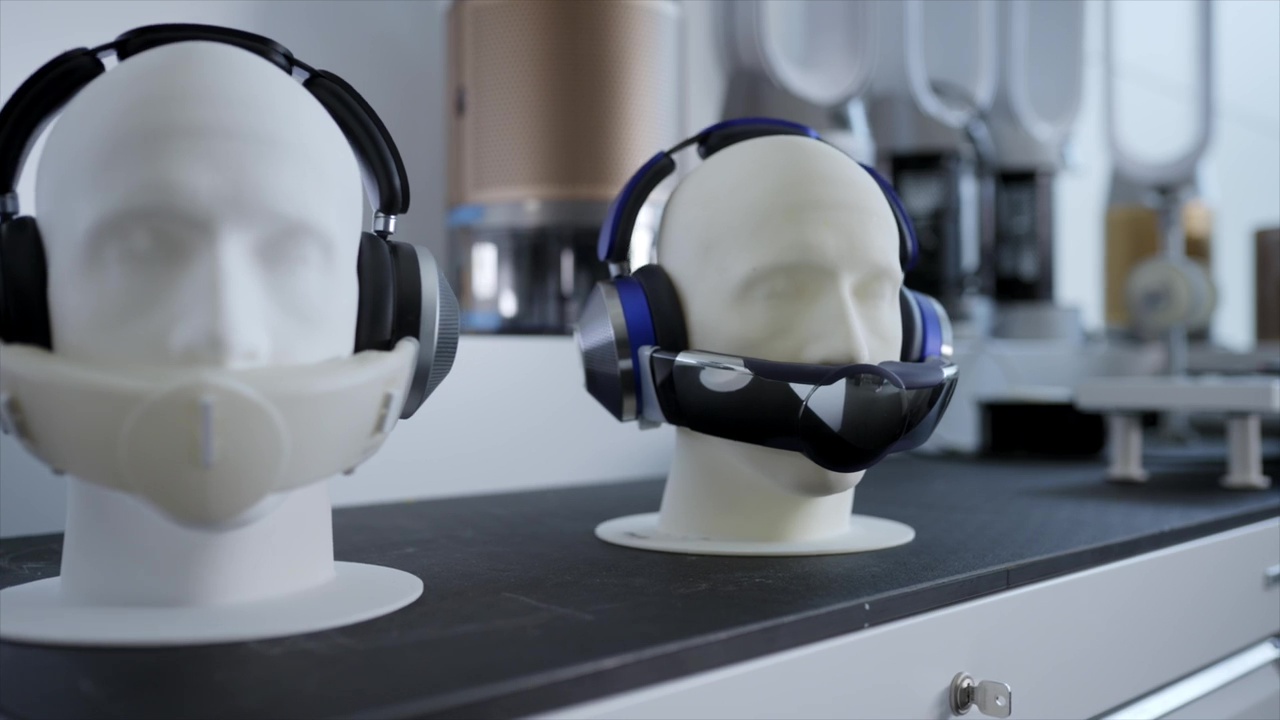 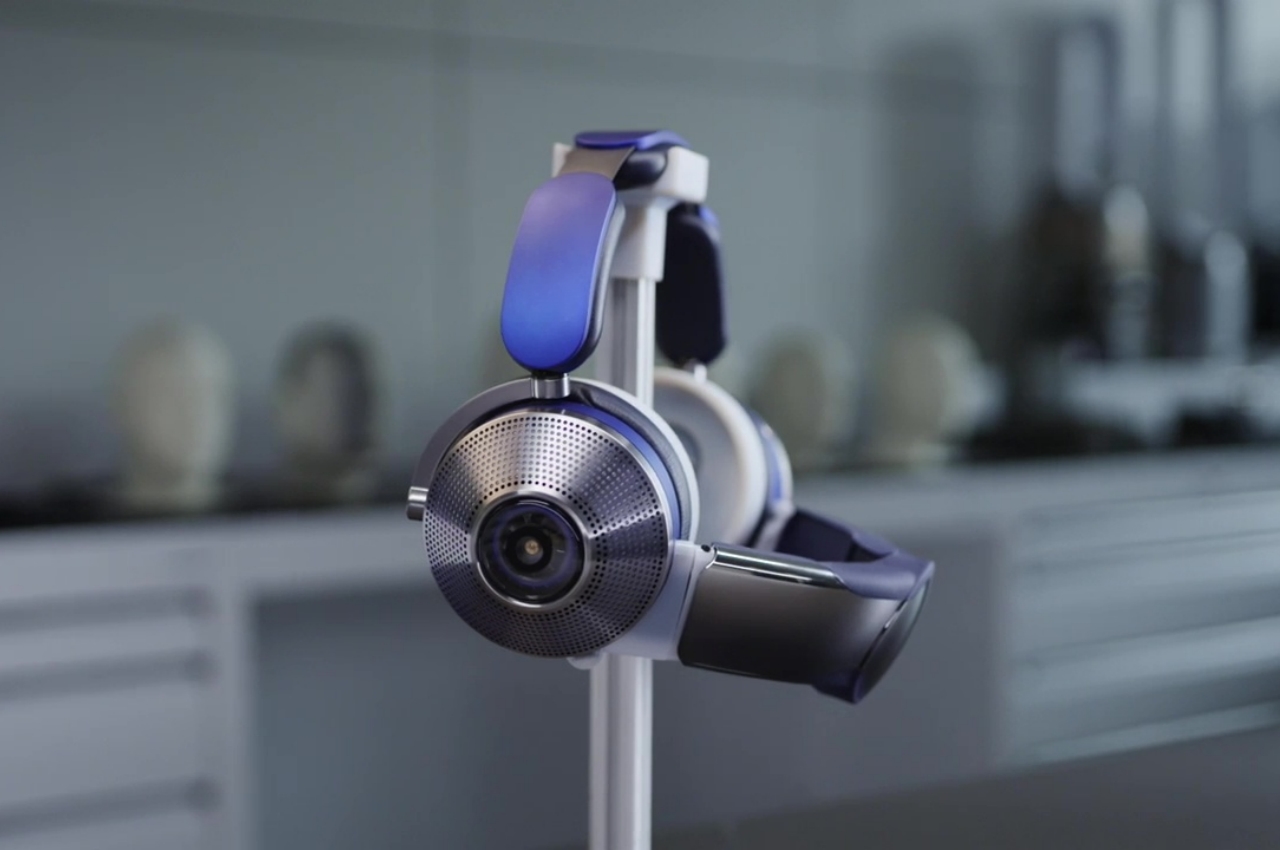 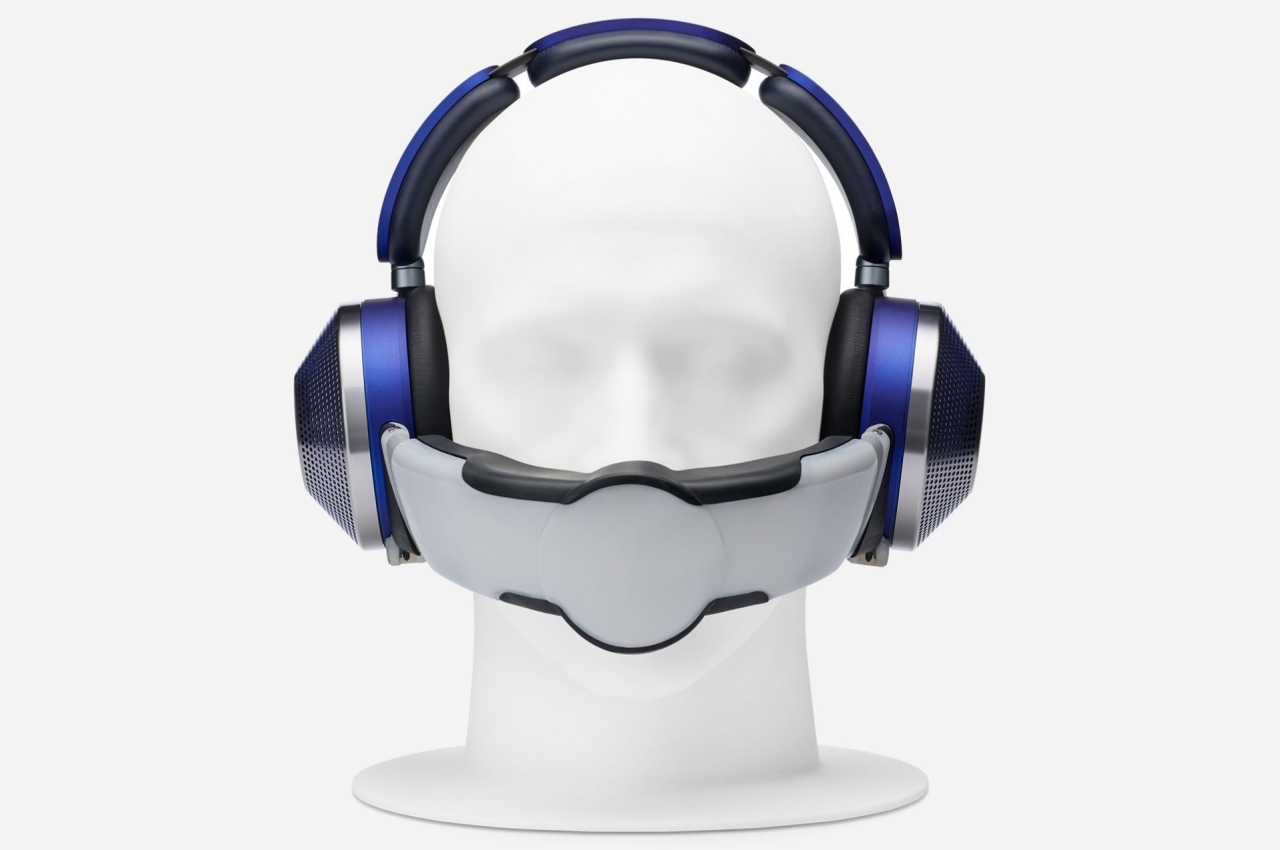 At this rate, we’re competing with Santa! Welcome to this holiday season’s third giveaway in a month! As we move further, the gifts keep getting…

The Muji Coffee Maker’s starting point is its landscape of use. Its form is a perfect cylinder, making the product non-directional something that has not…

You need a phone charger in your car, right? Well… why shouldn’t it do more than just charge considering that it’s always there?! That’s precisely…

Sammy’s Got A Smartwatch Now