Like a Roomba for your pool, the AIPER Seagull 3000 submerges itself in water to clean dirt in a way that your regular vacuum cleaner never could. Uniquely designed to work underwater (thanks to its rather clever floating battery unit), the AIPER Seagull 3000 filters water through its system, catching dirt, leaves, twigs, algae, and even that difficult-to-catch scum that your average cordless cleaner can’t grab. In turn, the AIPER Seagull 3000’s fine filtration system captures debris as small as 180 µm preventing it from re-entering the water. You can operate it manually via a smartphone app or have it autonomously clean your pool’s floor, walls, and edges/corners efficiently with its 120W suction capability. 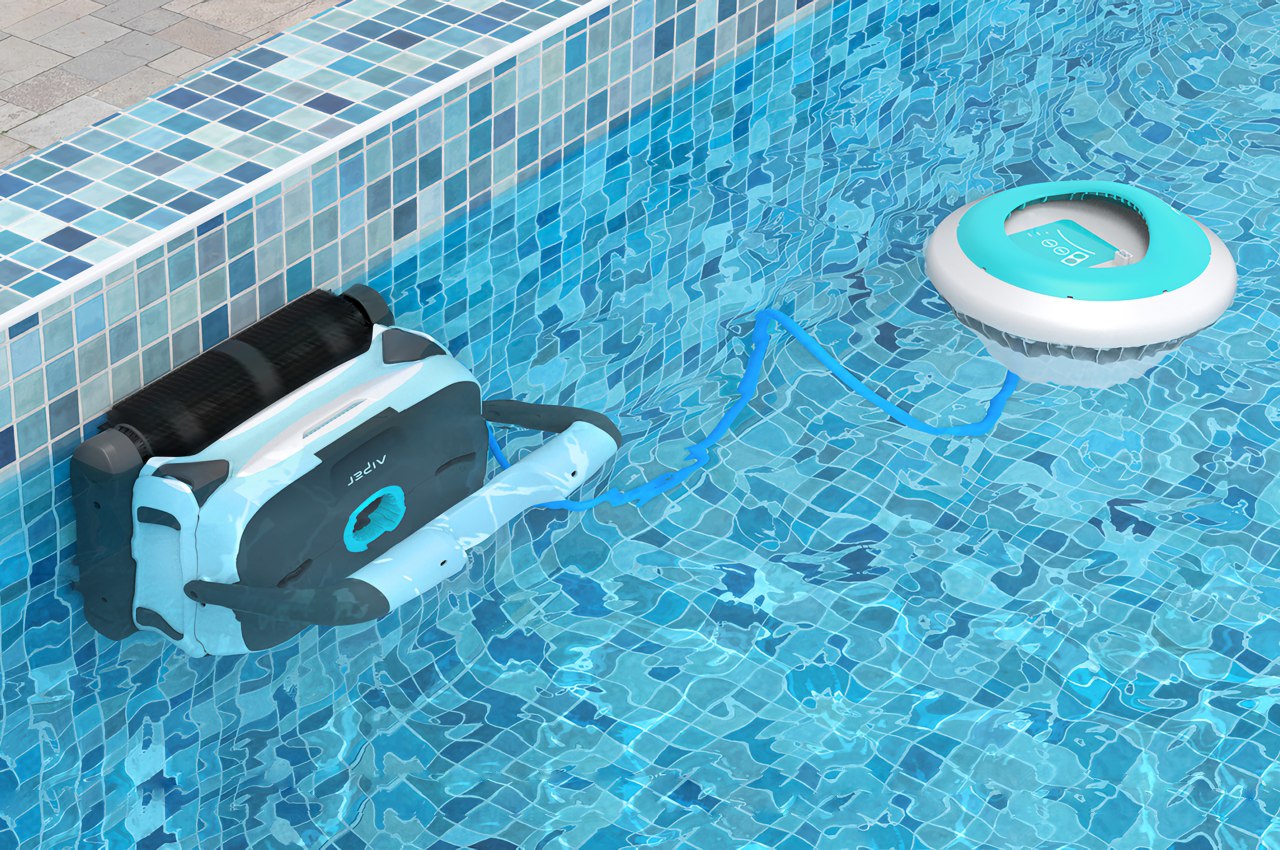 The AIPER Seagull 3000’s design broadly splits into two forms – a floating 7800mAh battery pack which acts as a buoy/power-station for the secondary element, the vacuum itself, which dives deep underwater, with just a cord connecting the two elements. The fact that the Seagull 3000 has an independent battery just makes it a much stronger and more capable machine – sort of like how a split AC compares to a window AC. The floating battery (which AIPER mentions is one-of-a-kind in its class) eliminates the risk of most current corded pool cleaners that require wires going from a plug point right into the pool (you don’t need me to tell you what a bad idea that is). The floating battery makes the Seagull 3000 cordless, safe, and just as effective. In fact, AIPER mentions that people can still use the pool with the Seagull 3000 working inside it (just try not to venture too close to its vacuum head!) 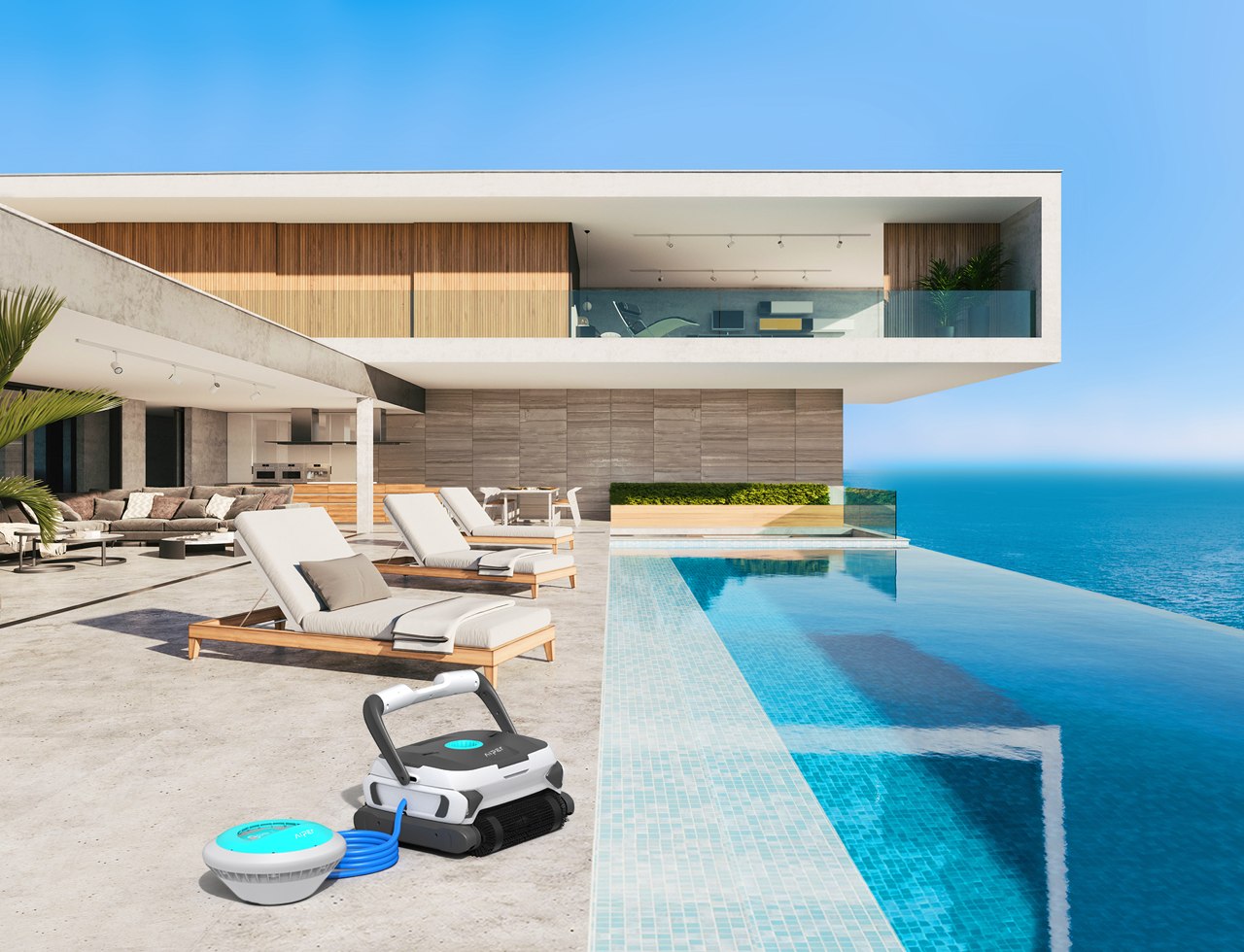 The AIPER Seagull 3000 has a run-time of two hours and can cover 3229ft² of area including the pool’s floor, walls, as well as its waterline (or the edge of the water, where all the scum and dirt usually gather the most), while its strong 120W suction power and dual filter baskets (with a total capacity of 5.4L) grab every stray leaf, flower, or stone floating around in your water.

The advantage to using a robotic pool cleaner is that it does a far better job than most humans, given that it actually works INSIDE the water instead of cleaning from the outside. The Seagull 3000 autonomously runs along the pool floor, climbs up walls, covers corners, edges, stairs, and those scummy waterlines. A 3-axis triple-drive motor system allows the Seagull 3000 to make dynamic 360° turns inside the water, allowing it to be more energy efficient by increasing the cleaning coverage by 30%. Rugged PVC brushes catch any waste within your pool, from dry leaves to mud and even algal buildup, and two 2.7 liter baskets on either side of the vacuum unit collect all the waste at the end of the cycle for you to easily pop out and clean. The baskets offer more effective waste collection while being much easier to clean than the bag-based collection systems on other vacuum cleaners. (Ever tried rinse-cleaning a vacuum bag? It’s a headache.) 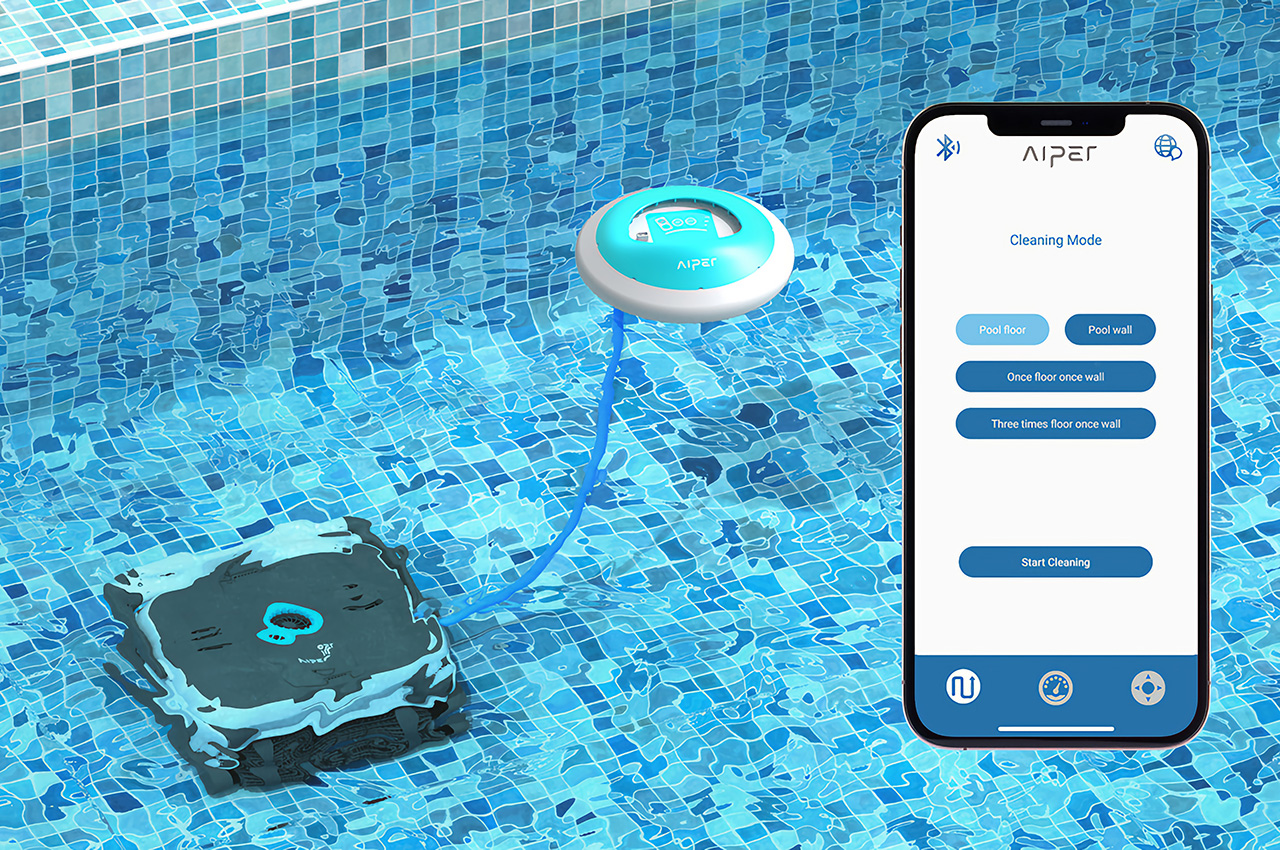 It goes without saying that, like any automated device, the AIPER Seagull 3000 comes with its own app that lets you get an overview of the product and access its features/cleaning-modes. The app lets you configure your Seagull 3000 and set which cleaning mode you want it to run – choosing between 3 automatic cleaning modes (where it cleans your floor and walls once, twice, or thrice) and 1 manual mode which lets you commandeer the Seagull 3000 like some amphibious RC car, giving you complete control over your pool and allowing you to cover harder-to-reach areas or areas with more dirt than normal. 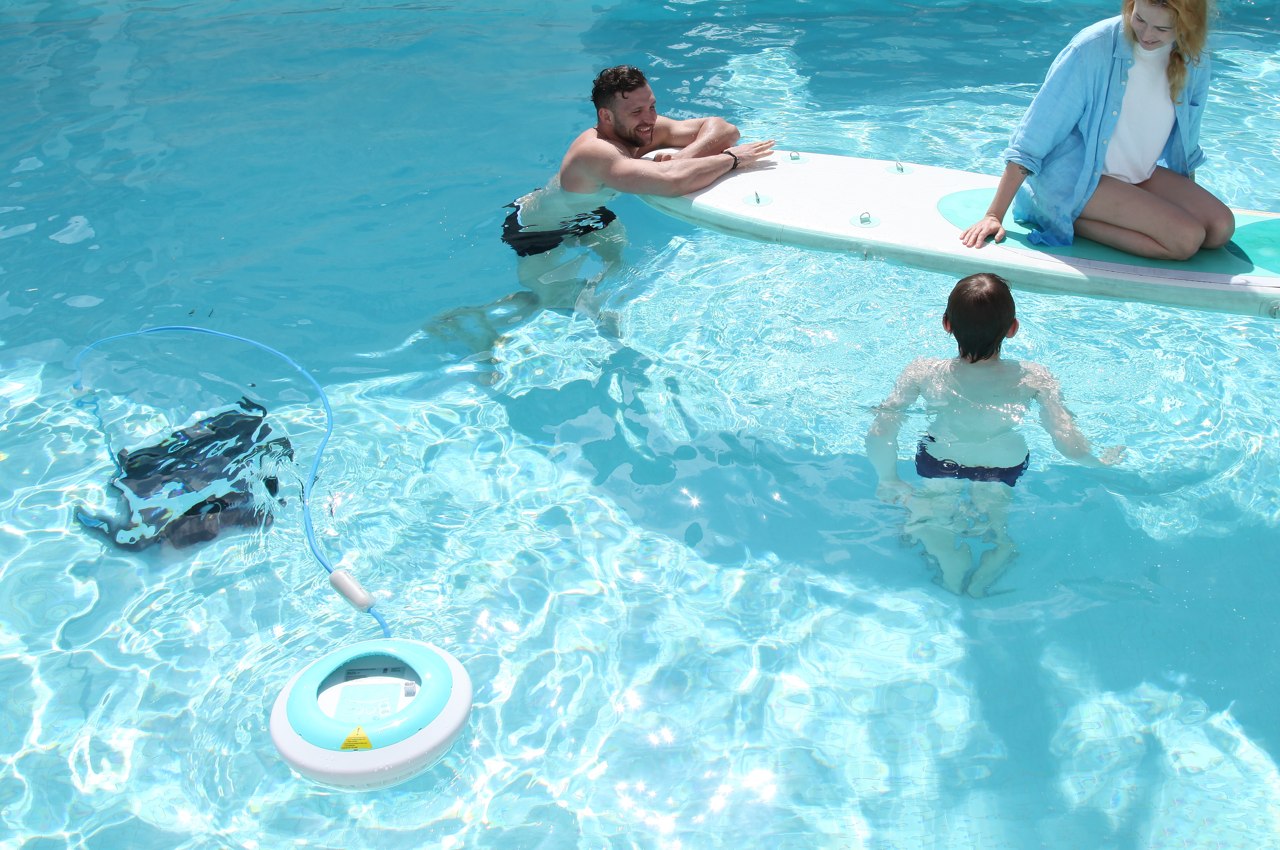 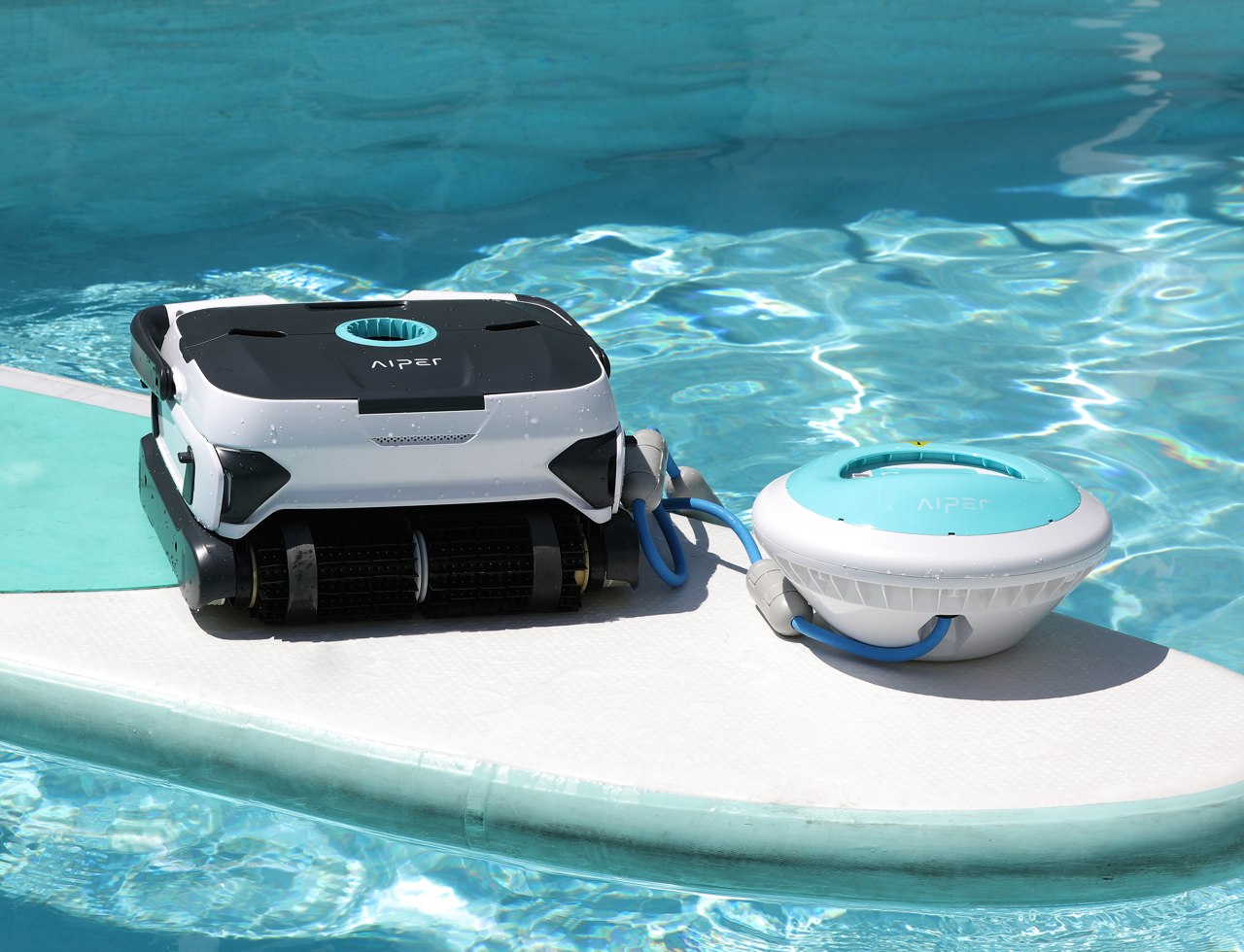 When the Seagull 3000 finishes running its course or ends up with a low battery, it automatically navigates to the edge of the pool and auto-parks on the side of the pool so as to not get in the way of people using the pool. To fish it out of the water, you can have it climb the wall up to the waterline, making it easy to reach in and pull the device out of the water (although the wall-climbing feature doesn’t activate on critical battery levels, so you may need to gently pull the Seagull 3000 up using the battery line). The AIPER Seagull 3000 is priced at a respectable $699 (for the Early Bird edition) and ships globally with a 2-year warranty.

Part toy, part illumination device, the CYRO lamp is full fun! Crafted out of white ash wood, the CYRO models itself on self-balancing toys, except…