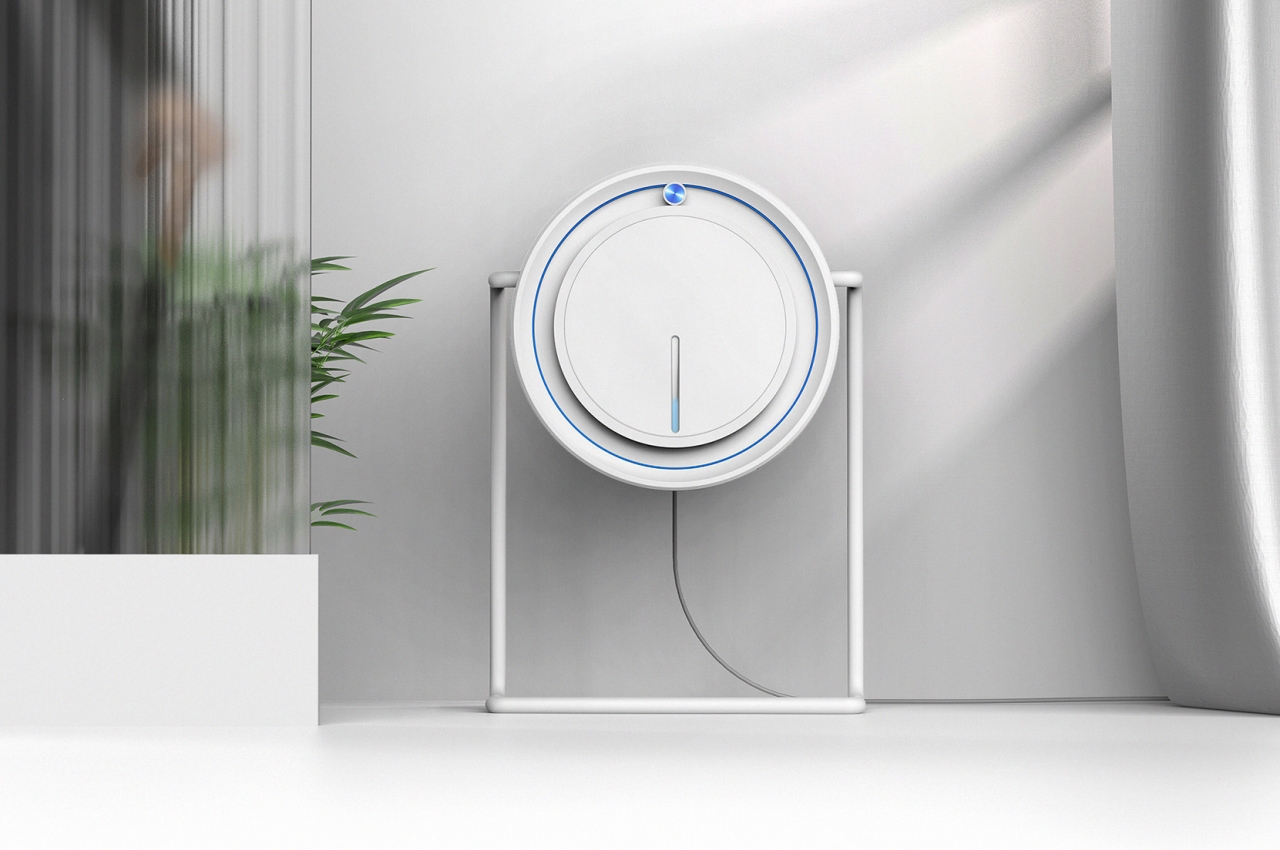 Air quality at home has become a big concern for many people in the past two years, especially during the height of the COVID-19 pandemic. Although many have started investing heavily in air purifiers and similar devices, others were just content to reduce allergens in the air using dehumidifiers. These home devices are often large or in-your-face appliances that call attention to themselves in a not-so-good way. One concept, however, envisions one that can become a part of the living room decor by posing as a large but minimalist clock. 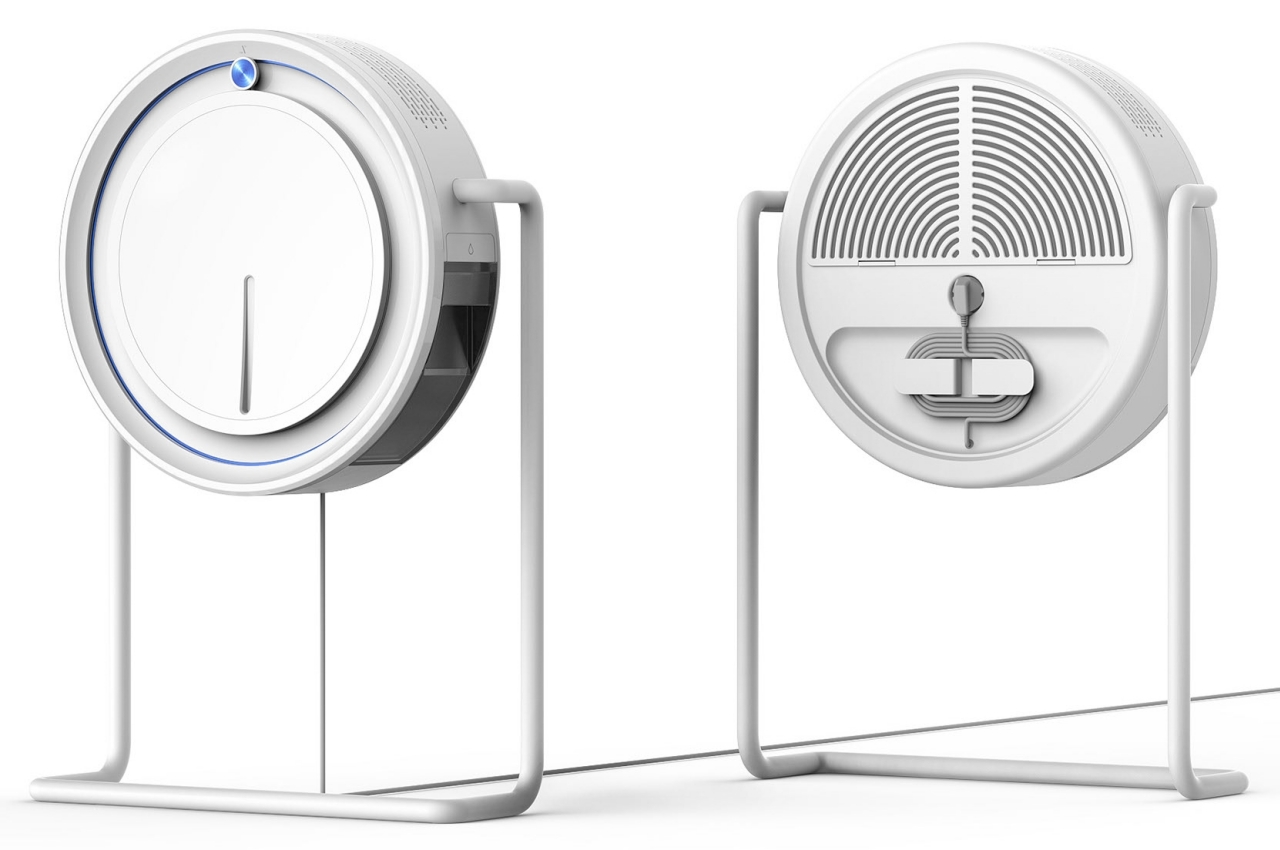 At first glance, it’s hard to make out what the CLOCK is, and its name only adds to the confusion. It looks like a fan with its basic form, but the lack of air output immediately refutes that theory. On the other hand, it doesn’t have the telltale signs of a clock, so it almost doesn’t come off as a traditional timekeeping appliance. Fortunately, its pleasing minimalist aesthetic does help catch some attention, making it an interesting visual piece in the room. 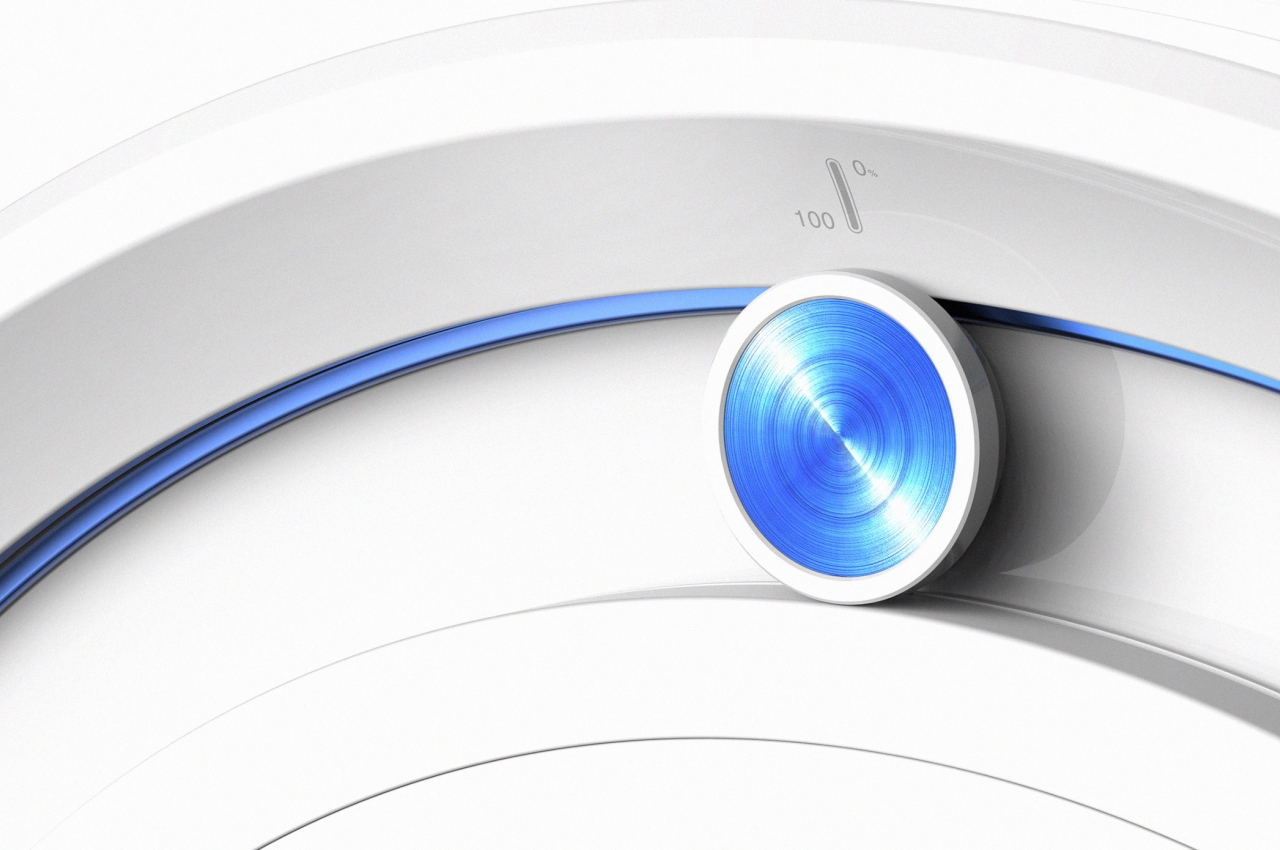 The CLOCK concept has the equivalent of hour and minute hands, but neither actually tells the time. The “hour” hand is actually a blue circle that travels along the circumference of the device’s face and acts as a timer for the dehumidifier’s function. The “minute” hand is an LED light strip that always points at the 6 o’clock position and serves as a meter for how much water has been collected inside the dehumidifier’s tank. 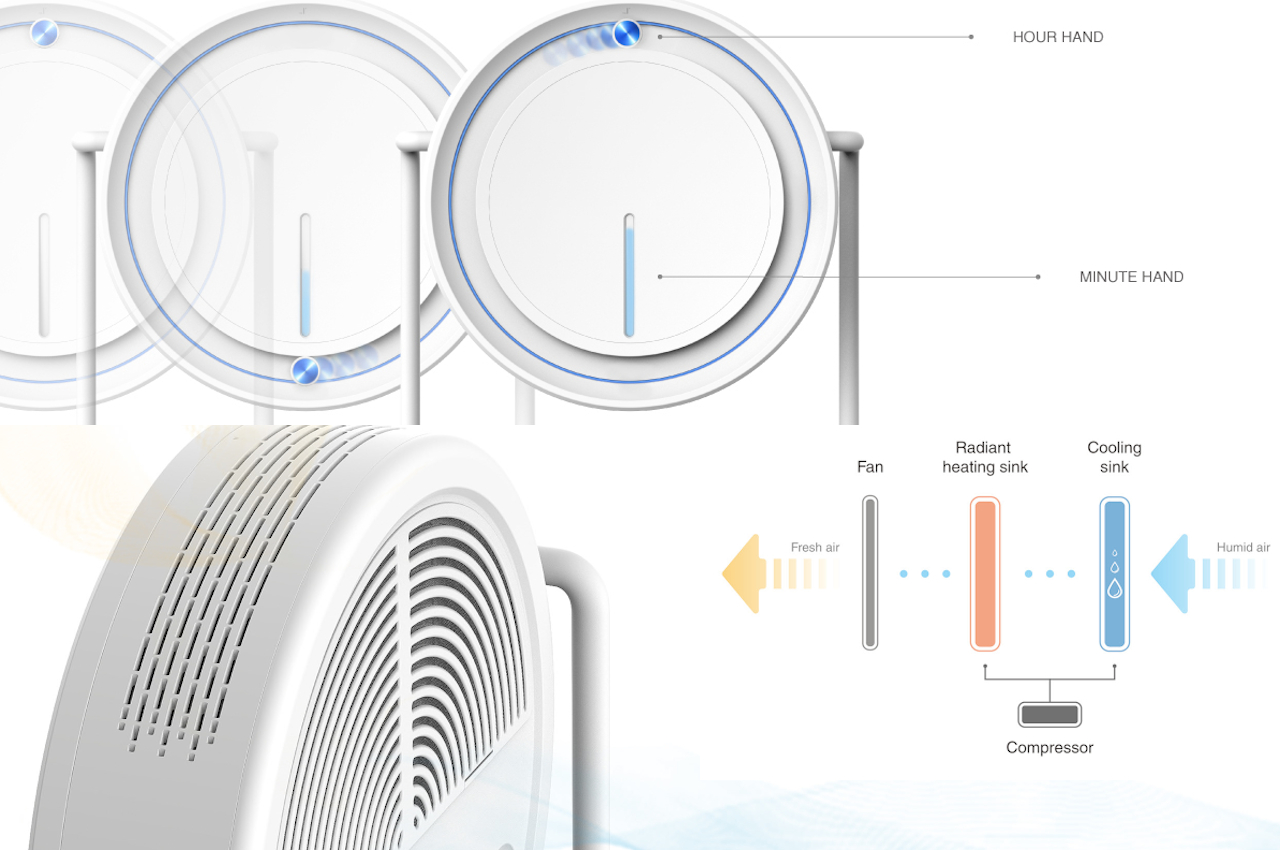 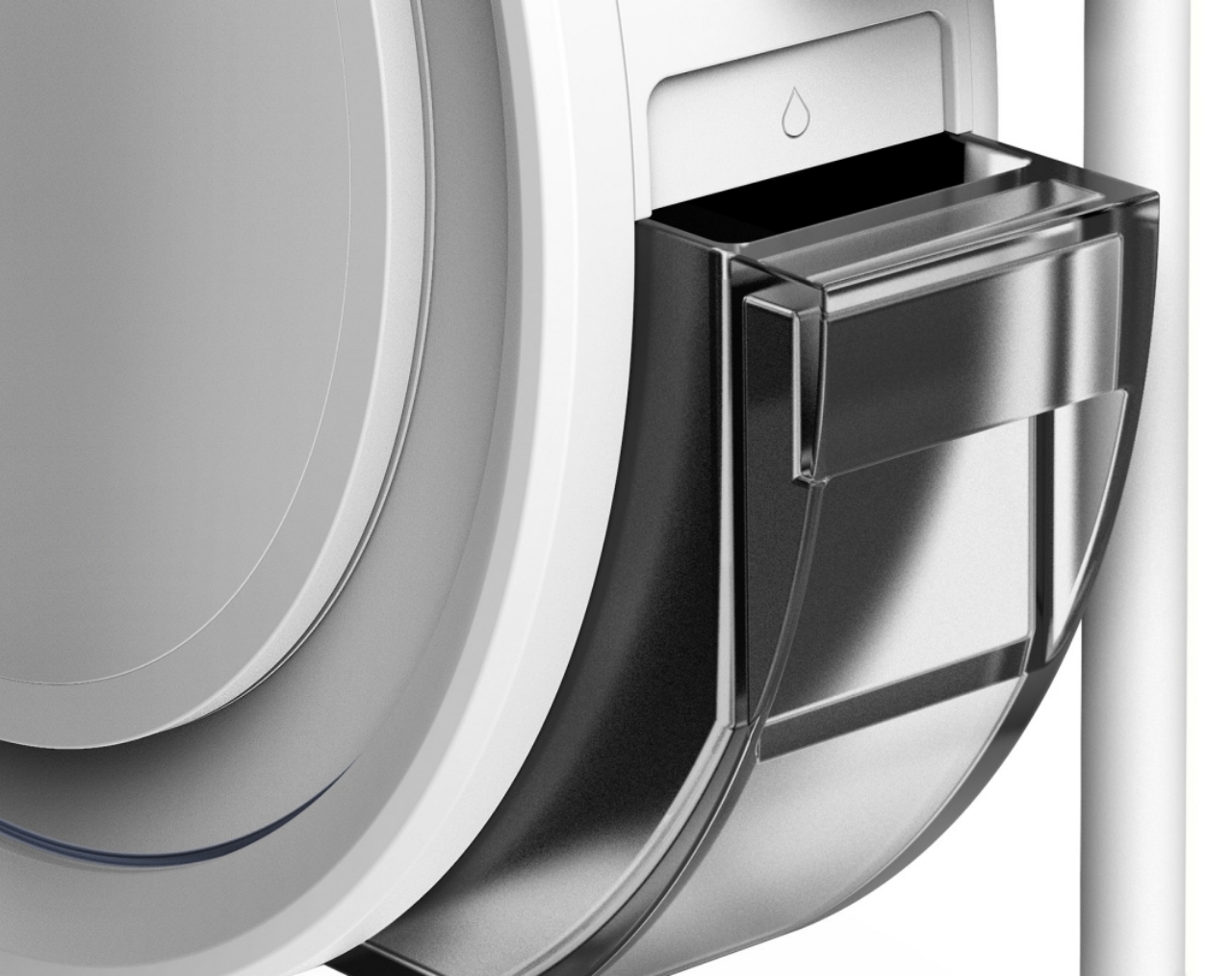 The idea, according to the designer, is to have one complete revolution of the circular hour hand to indicate that it has completed one processing cycle. At this point, the air might have already returned to its humid state, and the owner could decide to start the process all over again. The benefit of this clock-based design is that it is easy to tell the state of the machine at a glance and from a distance. Most dehumidifiers, humidifiers, and even air purifiers would require owners to take a closer peek at a small LCD display instead. 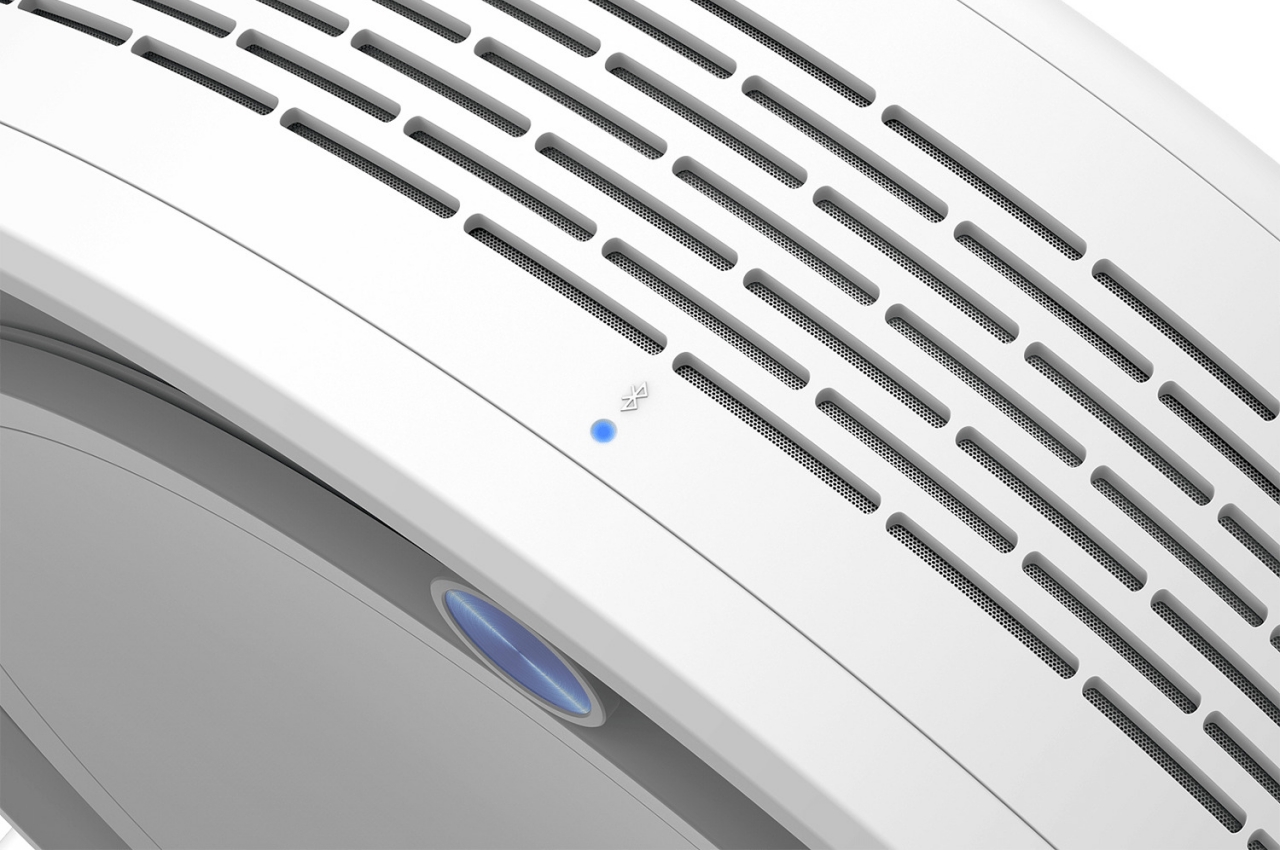 The CLOCK dehumidifier is also minimalist in the sense that there are no controls on the device itself. Everything has to be done through an app, which has its perks as well as its drawbacks. It keeps the physical design of the product simple while allowing more information to be accessed from a paired smartphone. The app, for example, can inform you of the exact level of humidity in the air, something that’s not visible on the CLOCK’s face. 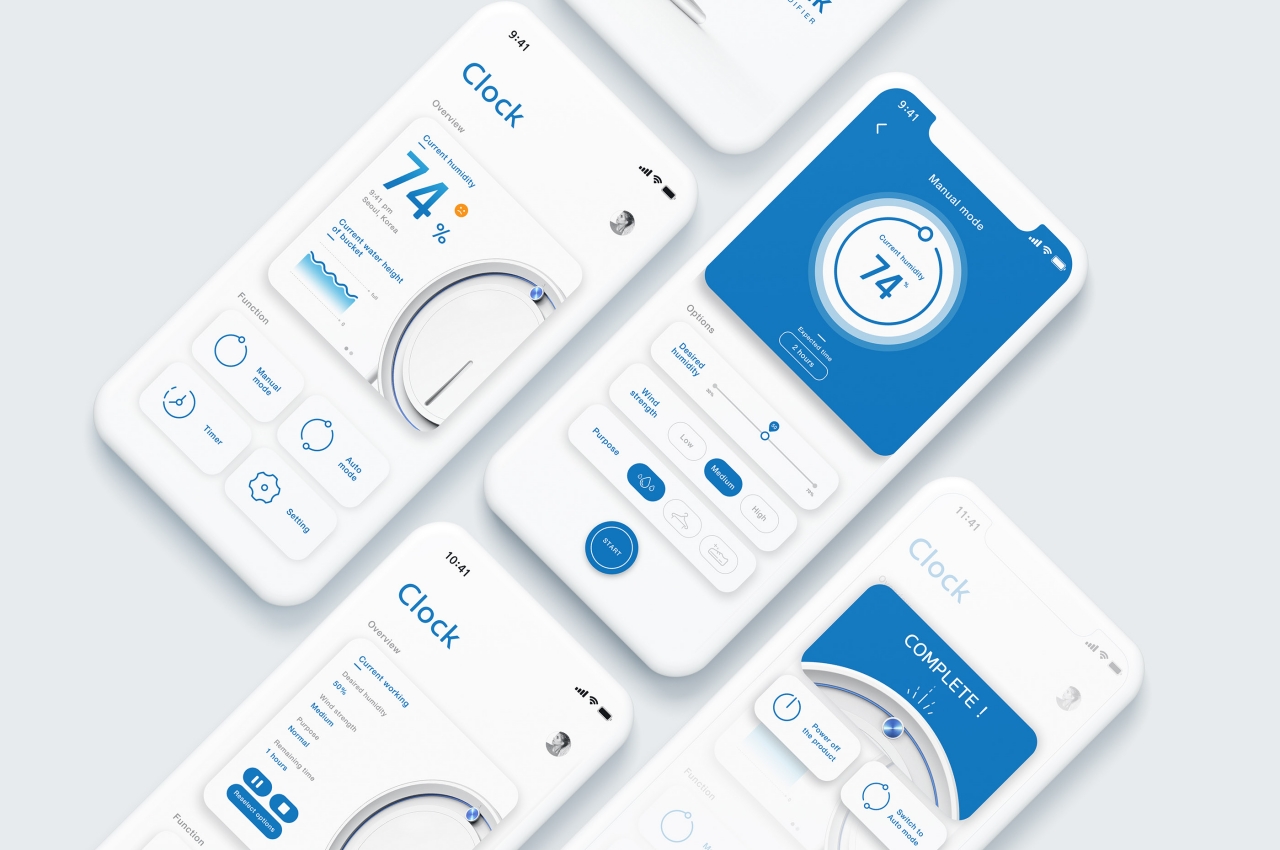 On the other hand, being completely dependent on an external device means that it would be impossible to use the dehumidifier when that wireless connection gets broken, which isn’t that uncommon for Bluetooth technology. It wouldn’t have taken anything away from the CLOCK’s minimalist design if some part of that device could actually turn it on or off manually, like a button that’s hidden on its back. 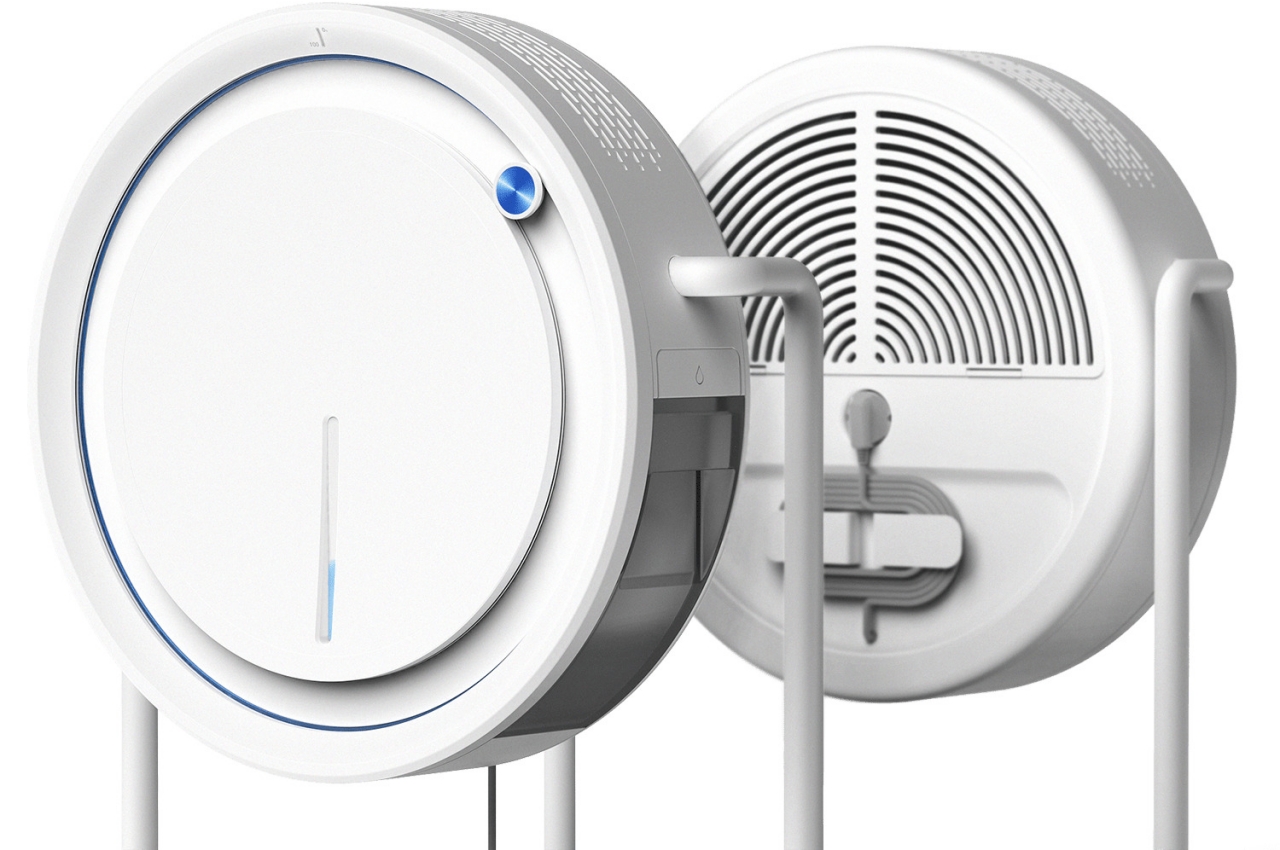 Noto is an internationally renowned product design studio near Cologne, Germany. After 16 years of successful product design, they are proud of what they have…

Most Buzzed Designs of August 2016

We’ve seen drones finding applications in the coast guard service before. This isn’t the first time the drone has become a life-saving gadget, but the…

There are not enough product designs that focus on the senior citizen demographic. As life around us speeds up, we incorporate gadgets that help us…