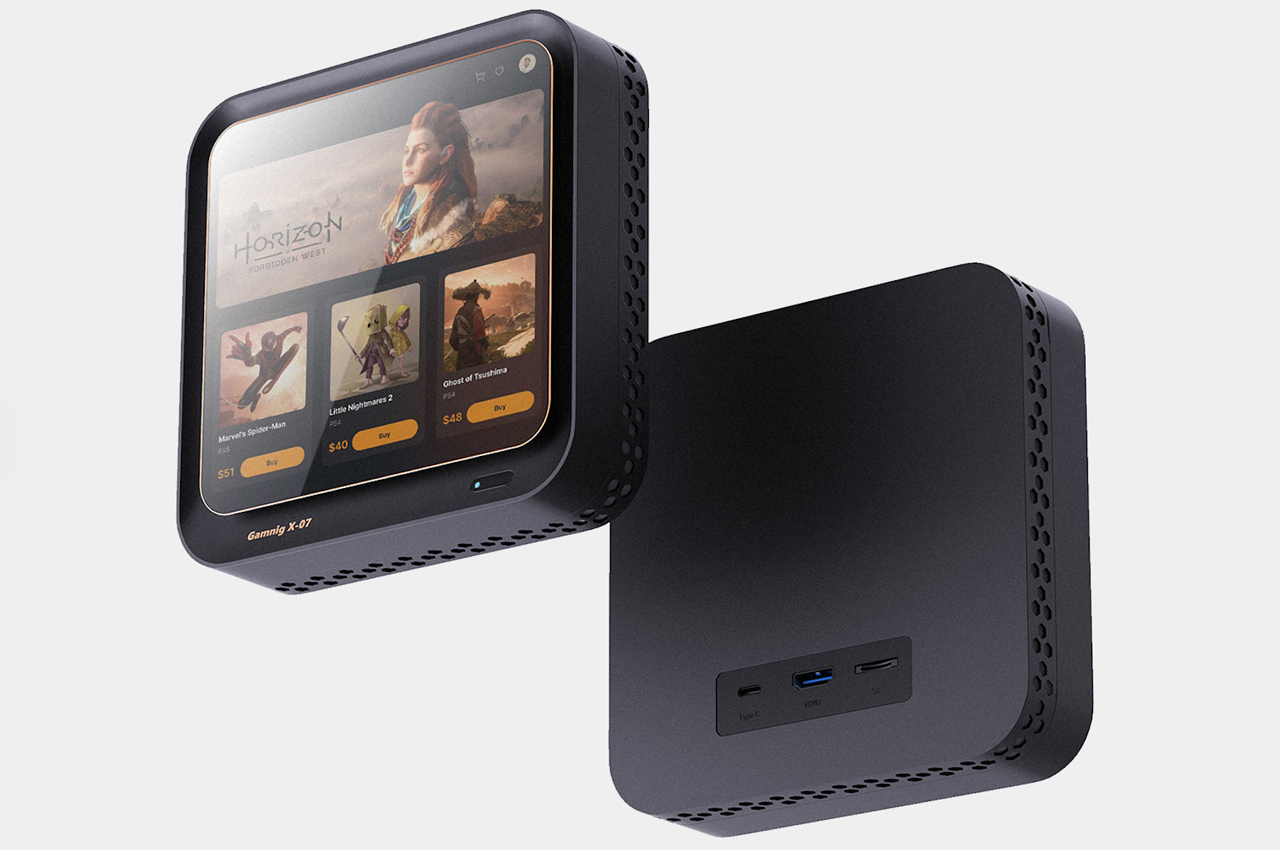 Inspired by the Nintendo Switch’s success, there has been a rise in devices with somewhat similar designs running different gaming platforms. There’s Valve’s Steam Deck for PCs, of course, but there are also gaming handhelds running Android instead. Even computer accessory maker Logitech is getting its game on with a cloud-centric collaboration with gaming giant Tencent. Despite varying designs and sizes, the basic format of these portable gaming devices is the same. There’s a large screen in the middle flanked by the two halves of a typical gaming controller. That, however, isn’t the only way to design a portable gaming device, and this concept design tries to think outside the box to put gaming back inside the box in a slightly different way. 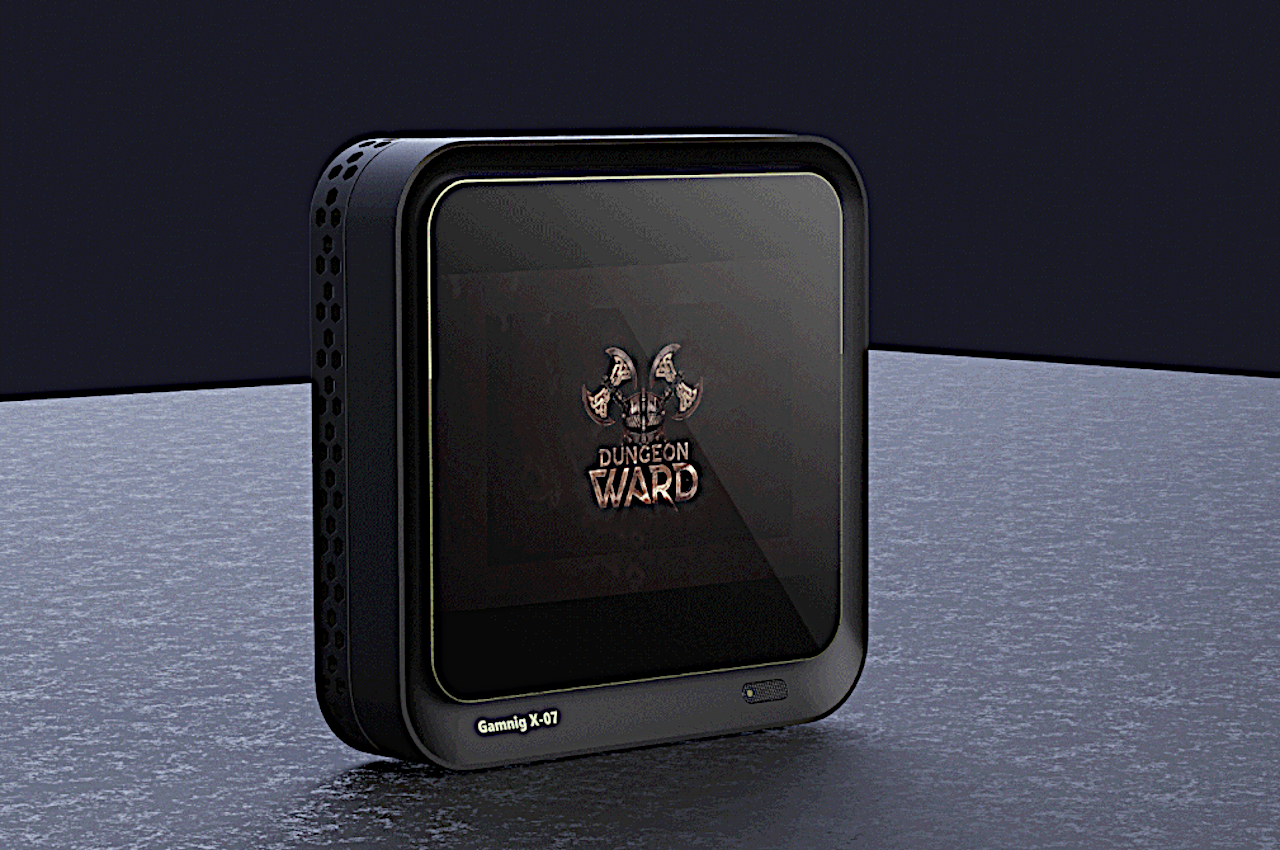 There’s definitely a good reason why these portable gaming devices are designed this way. Gamepad controls are easier to use without the support of a desk or any surface, unlike keyboards and mice, and they offer better haptics and tactile feedback compared to just a touch screen. That’s not to say it’s the perfect design or that there are no other possible forms a portable gaming computer can take. 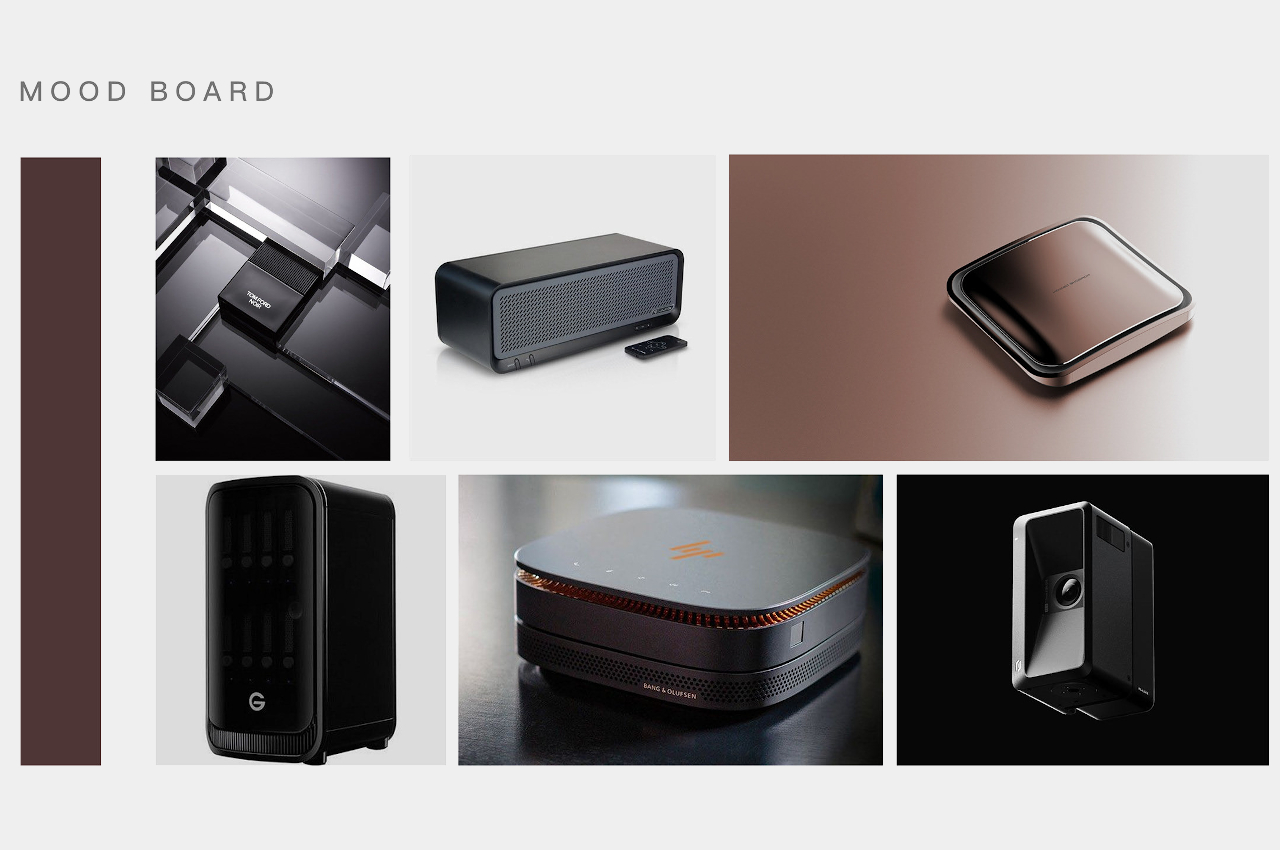 At its simplest, the Gaming Box design concept is pretty much a mini PC with a screen on top. Mini computers, which include the likes of the Apple Mac Mini, have become more ubiquitous these past years. They come in a variety of designs, and some are portable, not just in form but also in operation. The one thing they all have in common is that they need to be connected to a monitor, at the very least, to actually be usable. 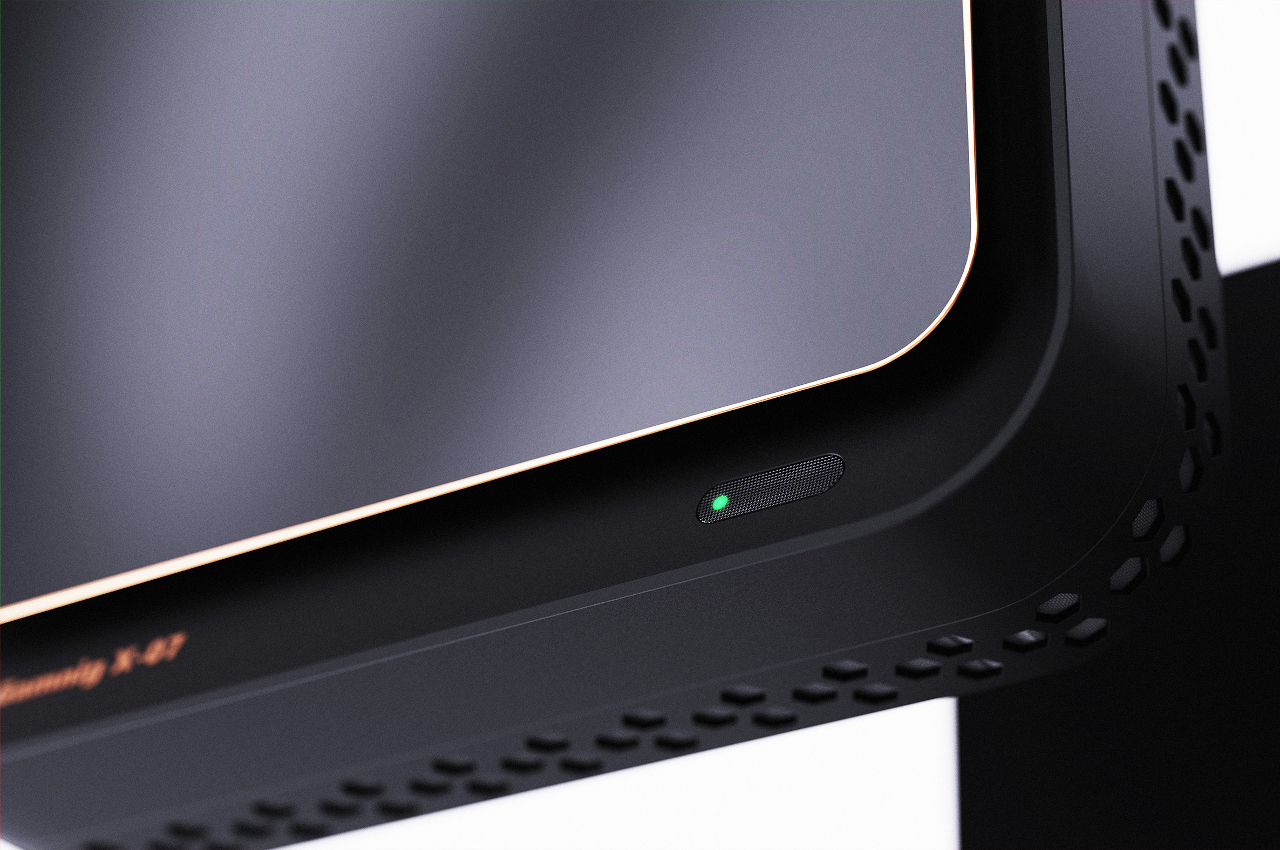 This gaming twist on that design puts an end to that problem and puts a screen on the top, or rather the front, of the box. Unlike typical mini PCs that lie on their larger face, the Gaming Box is designed to stand on one of its thinner edges. It’s a more precarious position, admittedly, but it’s the only way you’ll be able to view the screen anyway. 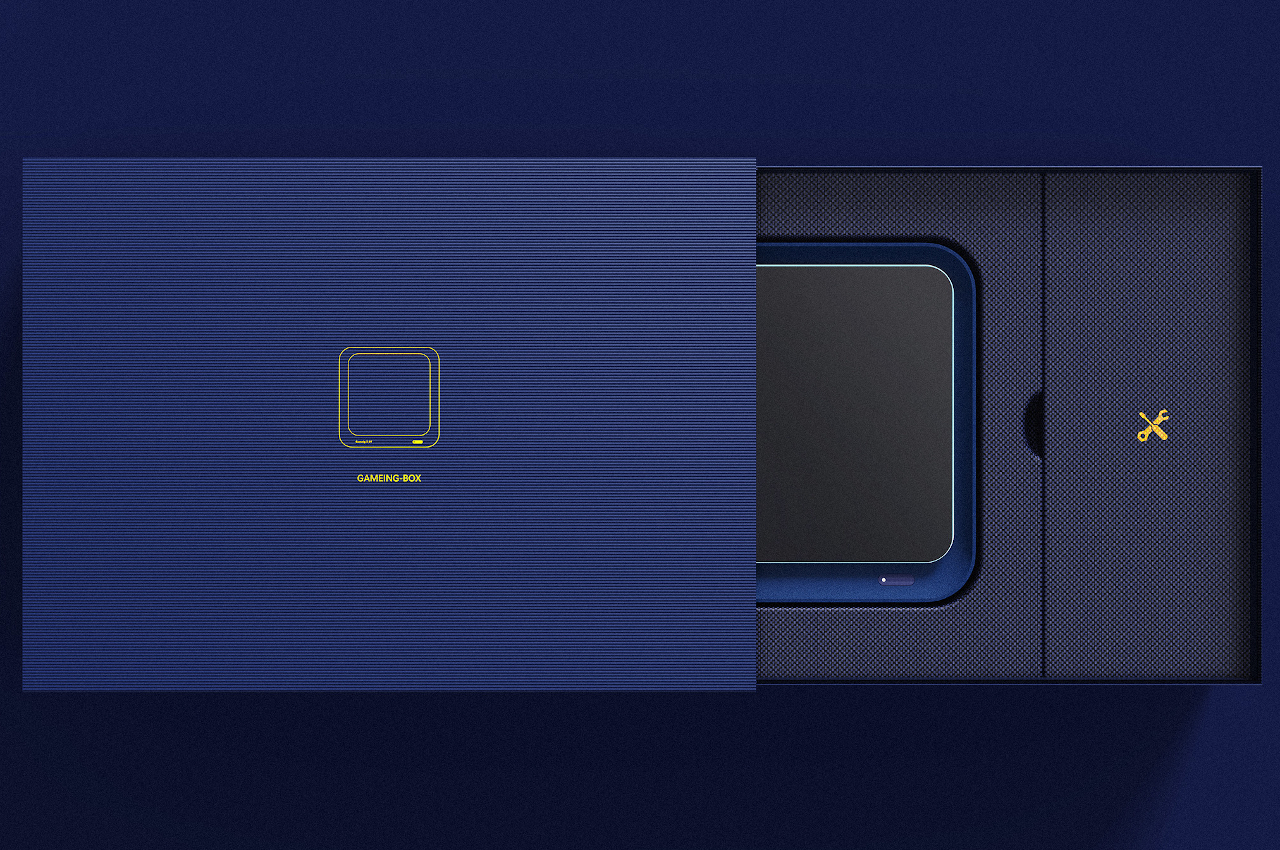 There are also other and probably bigger issues with this design. The display seems large enough, at least when compared to other objects around it, but its square aspect ratio doesn’t really conform to any of the conventions used in gaming and even in videos. There are no controls to speak of, either, so it’s presumed to be using a touch screen. You can attach or connect controllers, of course, but that won’t make it convenient for playing on the go, which isn’t its primary use case anyway.

In truth, the Gaming Box is probably better as a Media Box, allowing owners to enjoy videos or maybe even social media anywhere inside the house. It is more like a home console or gaming PC that you can move around inside the same space rather than something you’d use outside, so it complements rather than replaces designs like the Steam Deck. 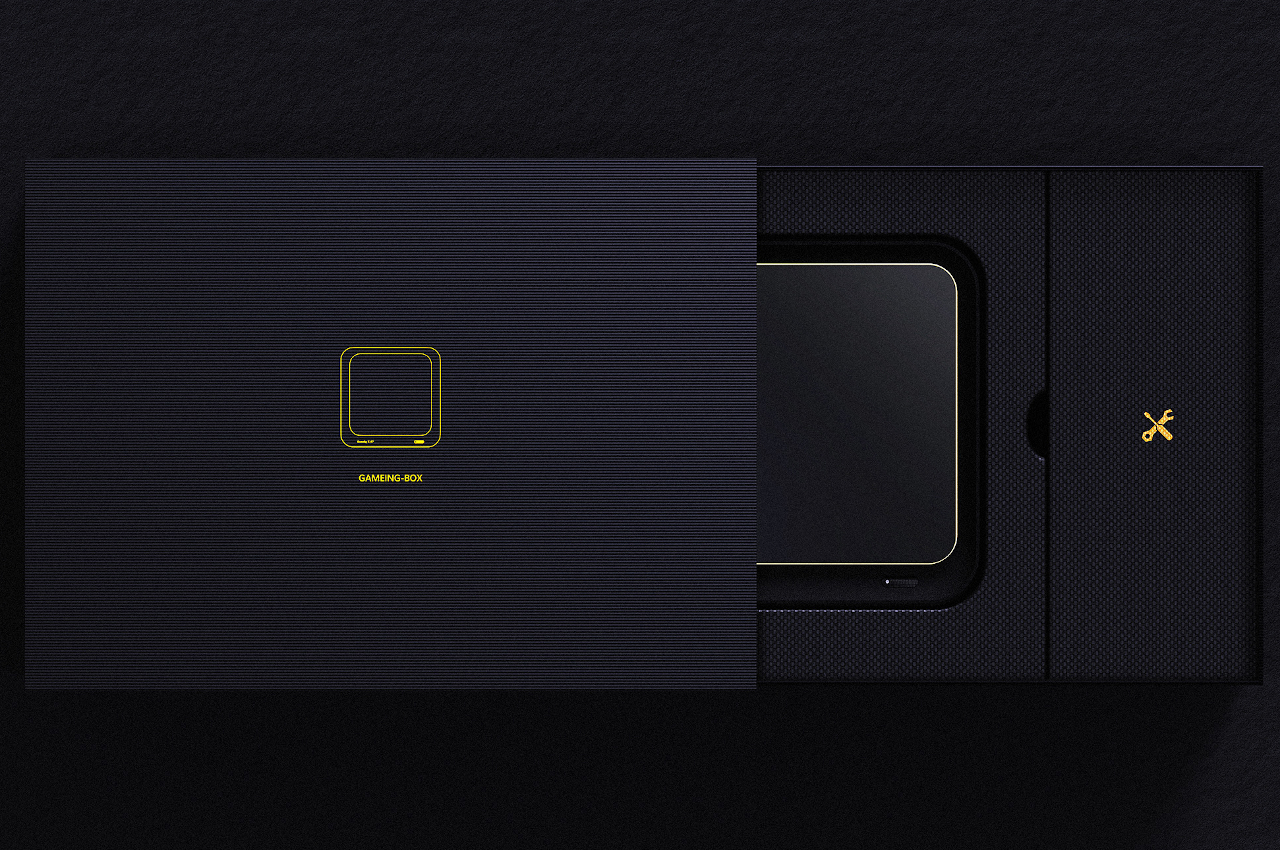 What are sustainable phones and how are they saving the planet

Smartphones have become one of the biggest dangers to our environment, but they also offer the chance to make the biggest positive impact as well….

This is Projector Perfection

A walk down the projector isle at your local electronics store is like going back in time! The majority of these big, bulky devices haven’t…

The Echo Auto brings the power of Alexa into your car!

The Echo Auto was announced just a few months ago at Amazon’s hardware event, along with a whole line-up of other devices (like the Alexa…

A few things in nature evoke a feeling of smoothness and flow, and, ironically as it might at first sound, the large orca is one…