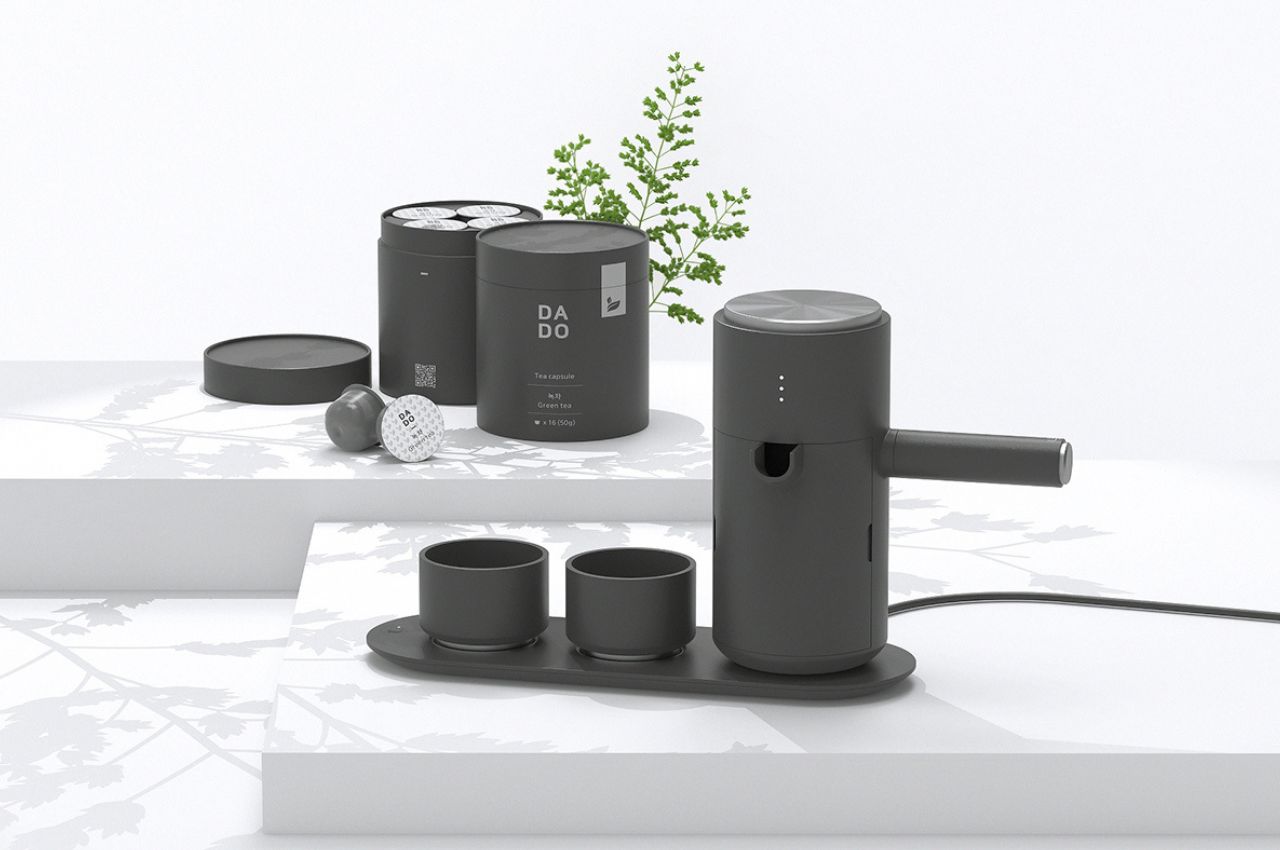 I recently bought a coffee capsule machine and it’s been a pretty neat addition to my home coffee shop set up. I wouldn’t mind having a tea version of this since there are times when I’m too lazy to brew my own tea and tea bags have no appeal for me. I still am a coffee girl at heart but I’ve been adding aa cup of tea (or two) to my daily routine so a tea capsule machine will be pretty handy to have. 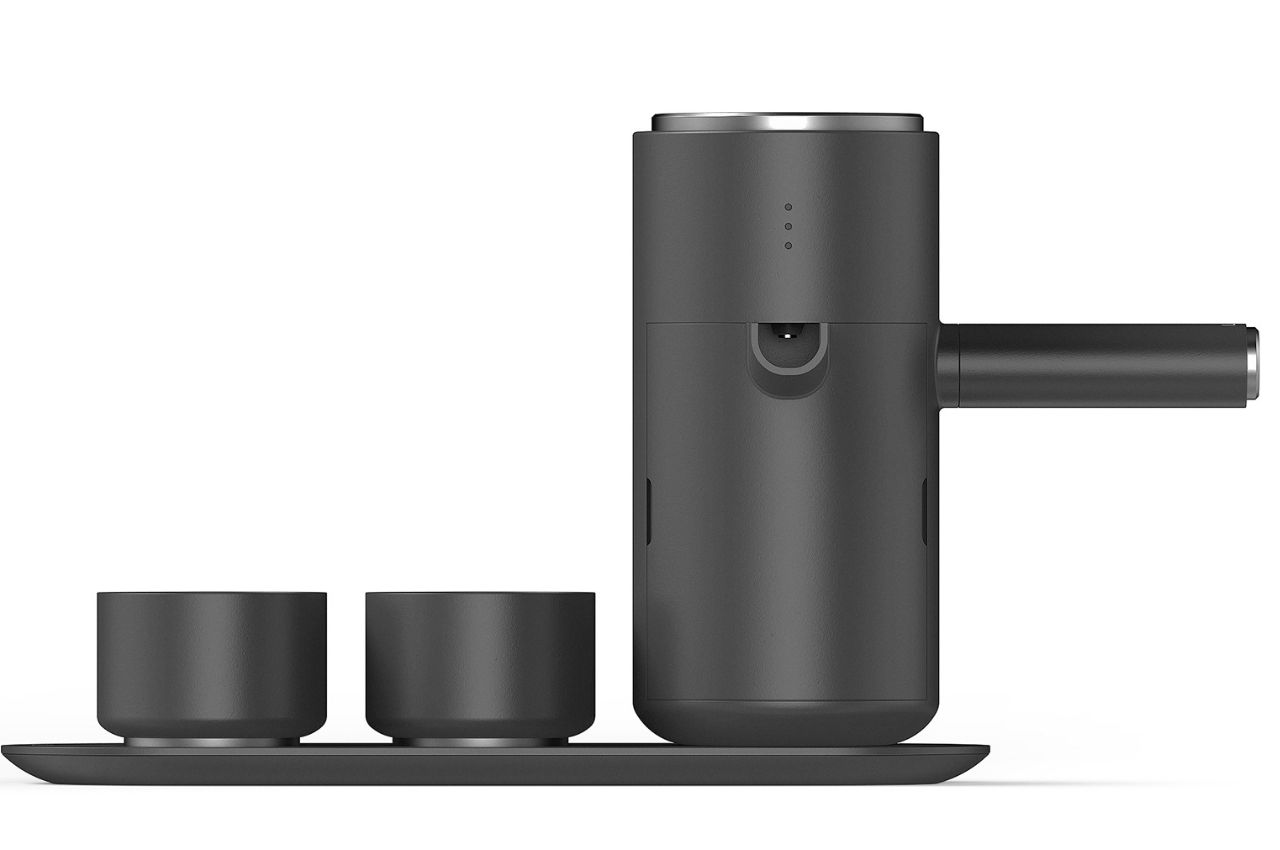 This minimalist-looking capsule tea machine is a concept design that can maybe someday fulfill my wish. It’s named DADO which is a term in East Asia that refers to making and drinking tea formally. The device doesn’t look like what you would use in a typical tea ceremony but the designer created something inspired by it but with a modern twist. The kettle part is inspired by what is used in traditional tea making and the minimalist design aims to bring a sense of calm and peace, things usually associated with drinking this caffeinated beverage. 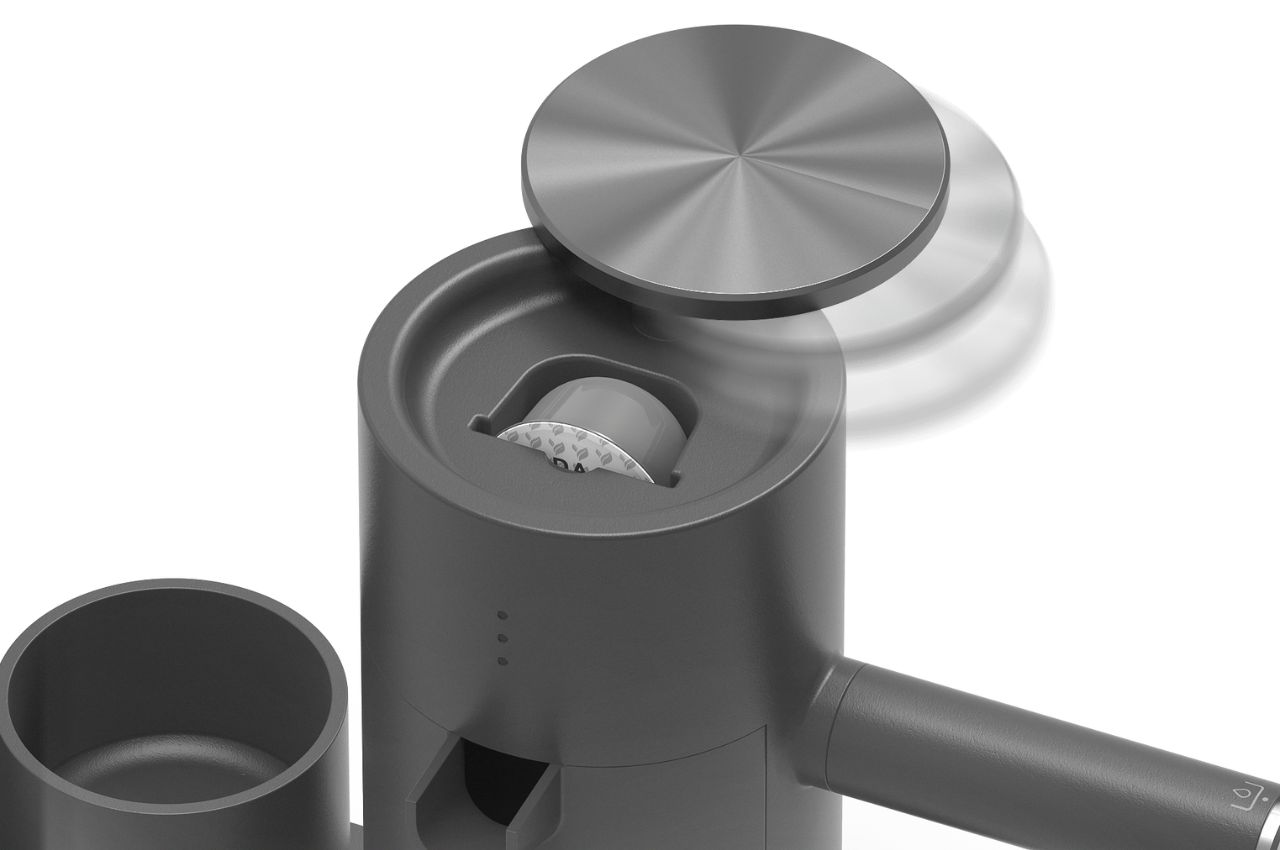 If you’ve used a coffee capsule machine then this follows pretty much the same procedure. There is a kettle and two cups placed on top of a “heating pad” that looks like an induction stovetop or a wireless charger. You need to fill the kettle with water in the bucket part located at the back. Then you have to preheat the cup or cups that are beside the kettle and all you have to do is press a button. In the traditional DADO, cups are pre-heated as well as part of the ceremony so that’s a pretty nice touch to add to this modern concept. 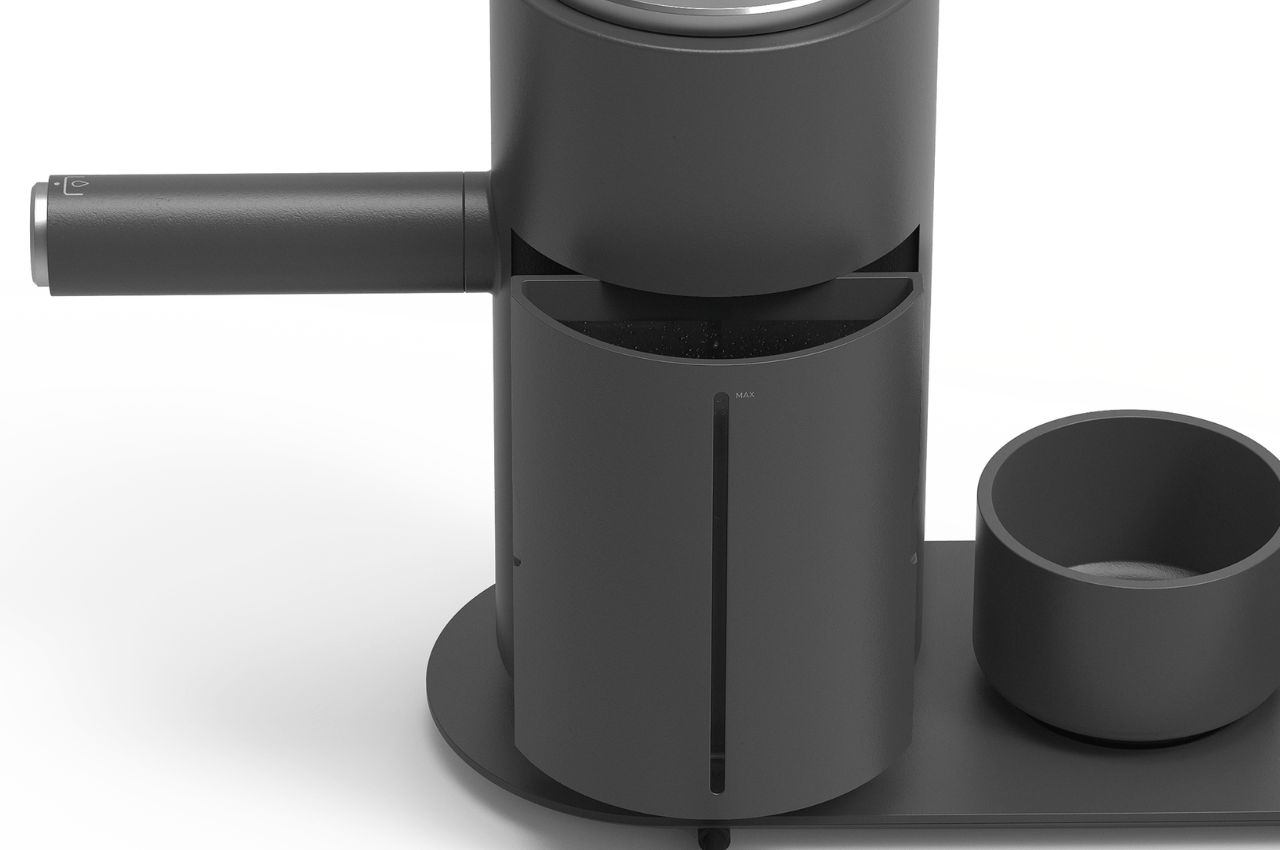 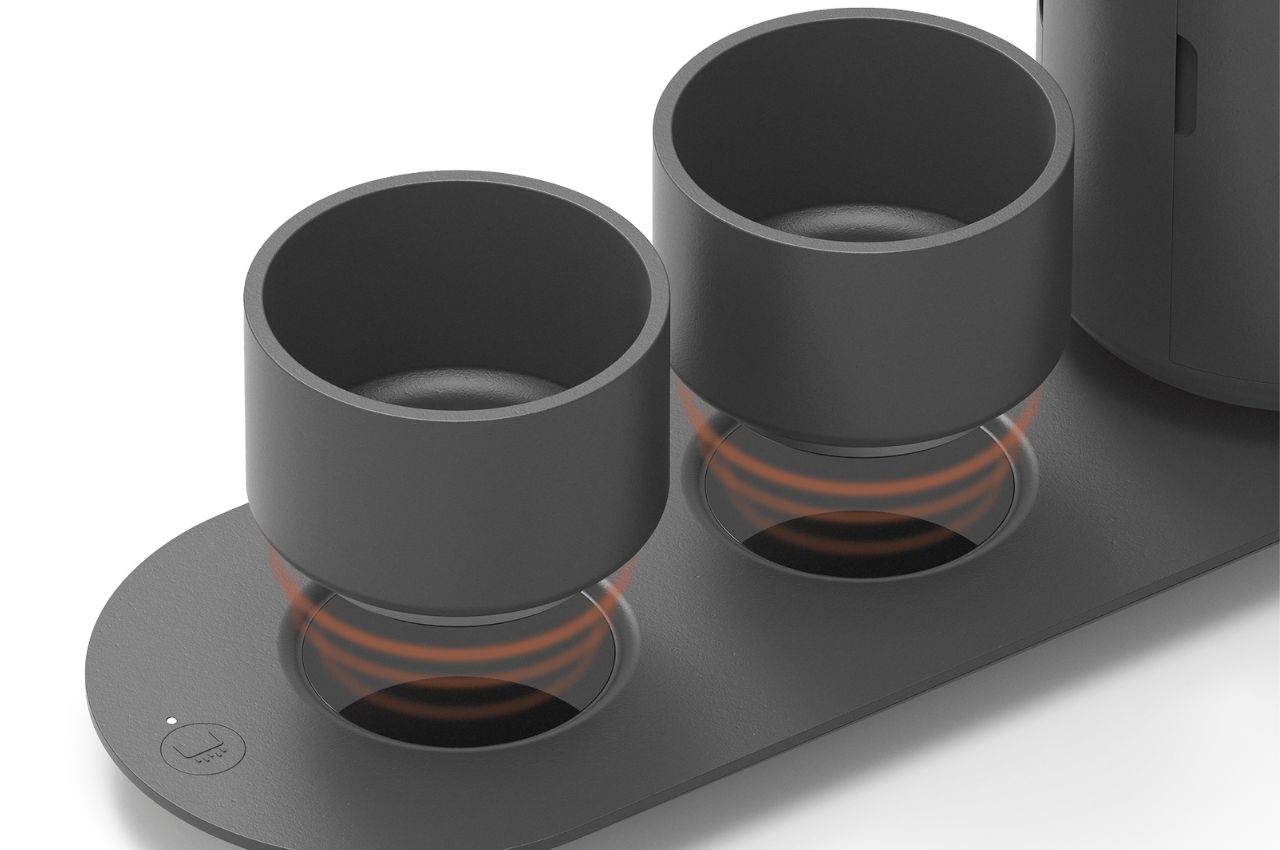 After both the water and the cups are hot enough, it’s time to place the tea capsule at the top of the kettle and press the extraction button. Once the three LED lights are blinking simultaneously, this means that the magic is happening and once it’s done, you can start drinking your tea and experience the peace and calm that you’re looking for in a cup. There are probably different flavors for the tea capsules, just like with the coffee ones. 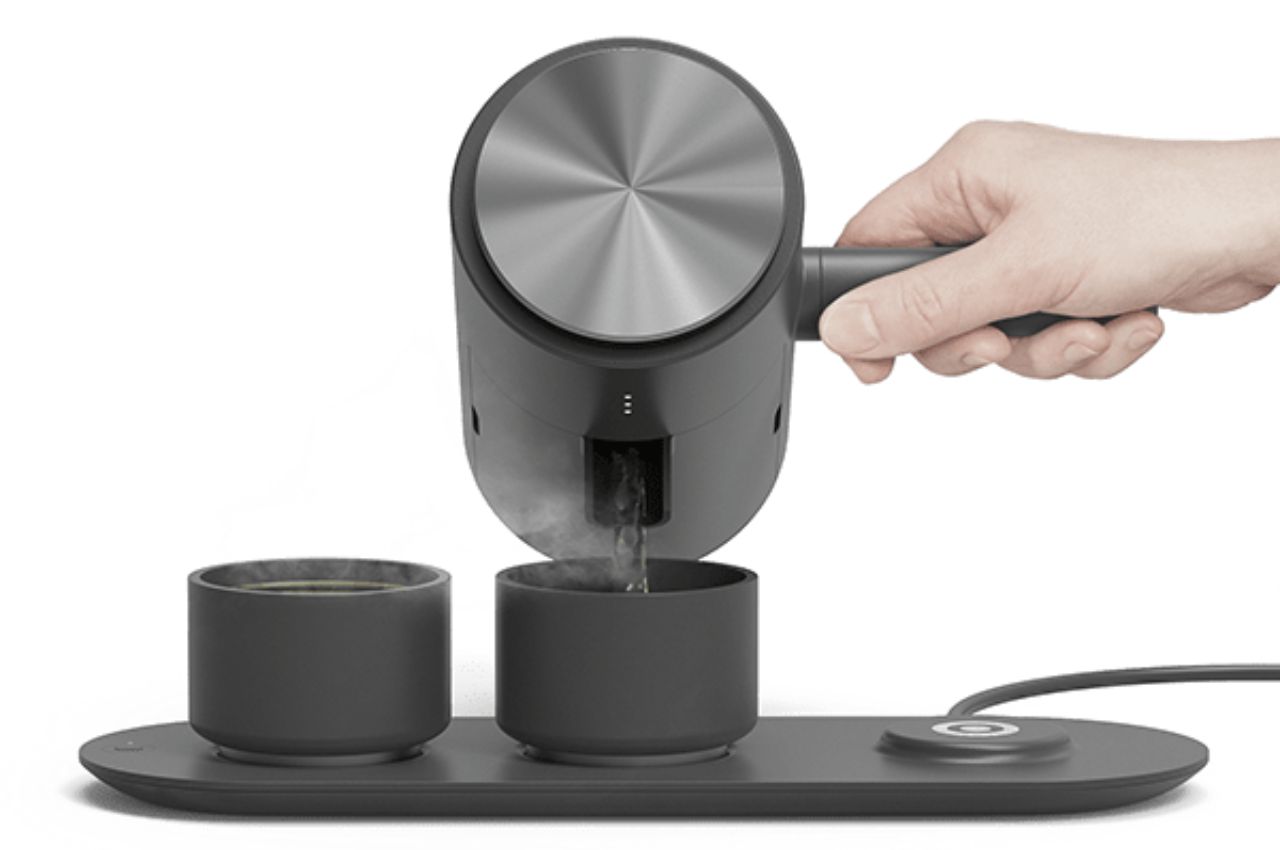 One thing that might give people pause about actually getting something like this is the carbon footprint that these disposable capsules bring. The coffee capsule machine I got had re-usable pods so that lessens the contribution to trash. Hopefully, this is something that the designer will consider if the DADO ever gets made into an actual capsule tea machine. 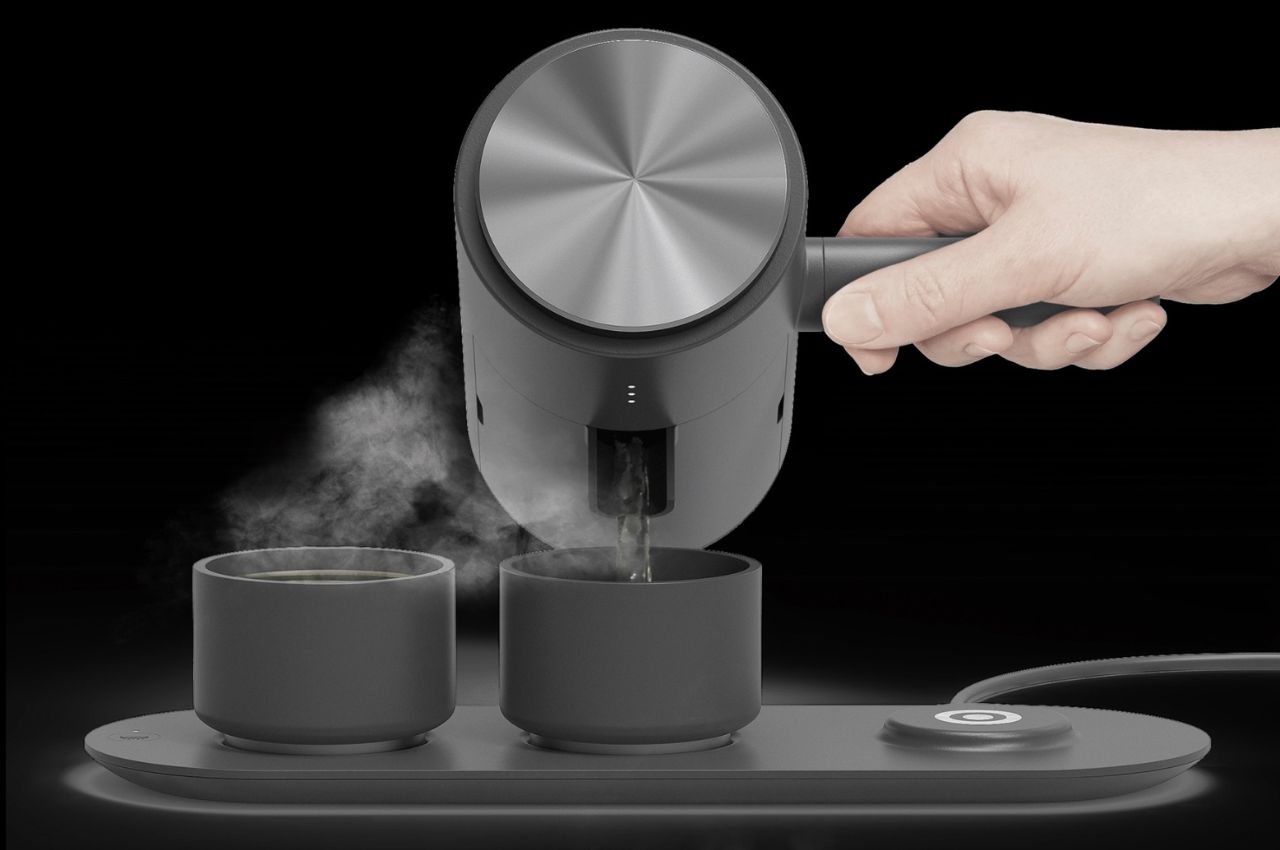 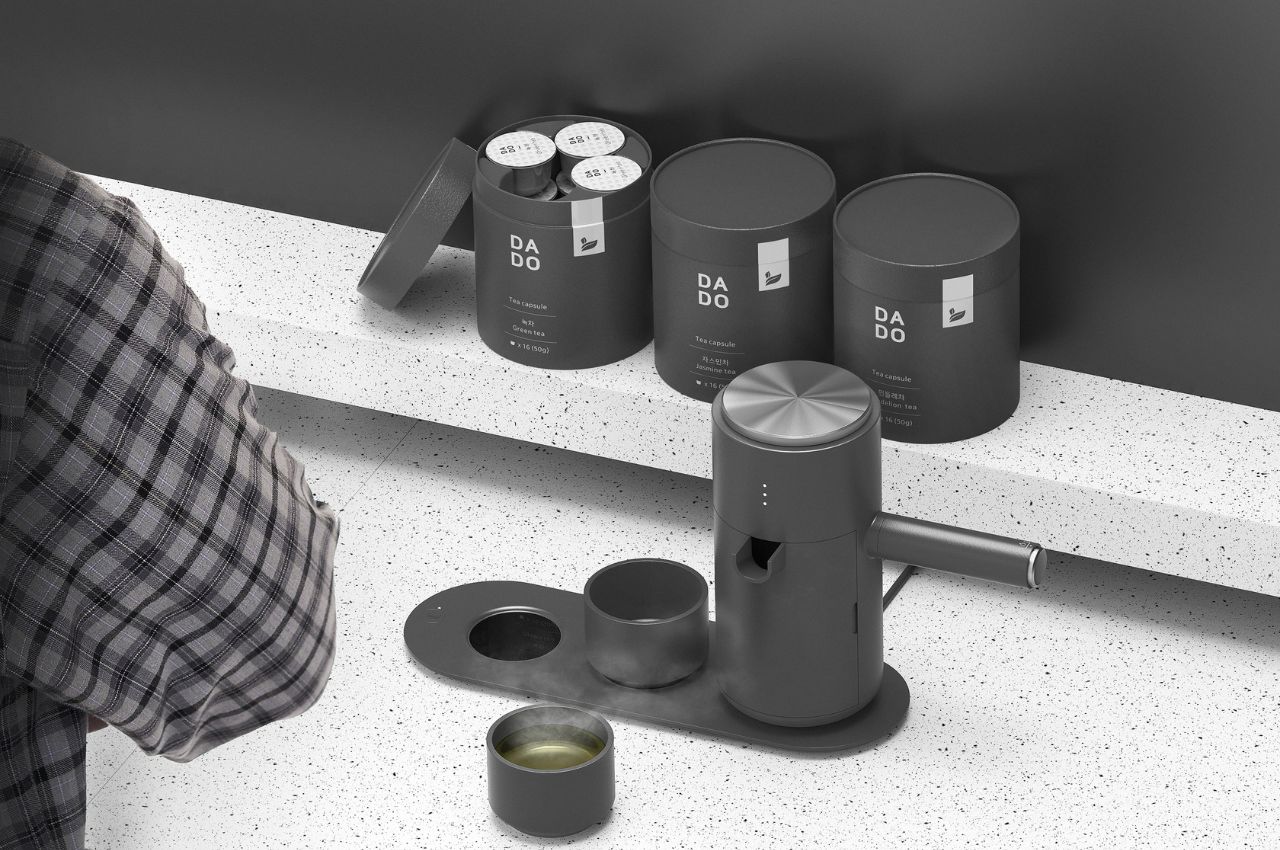 Your Own Holographic Chef!

Who wouldn’t want Gordon Ramsey to scream at them while crafting their cooking skills?!  The Humaleon system brings the top chef and other favorites directly…

Whether it’s oil paints, toothpaste, or tomato puree, the Big Squeeze makes sure you get a bang for your buck by squeezing every last drop…

Innovative Multifunctional Furniture designs that are an essential part of every sized home setup!

There’s just something about a multifunctional piece of furniture that ticks all the checkboxes for me! Imagine a product that’s been designed to work as…