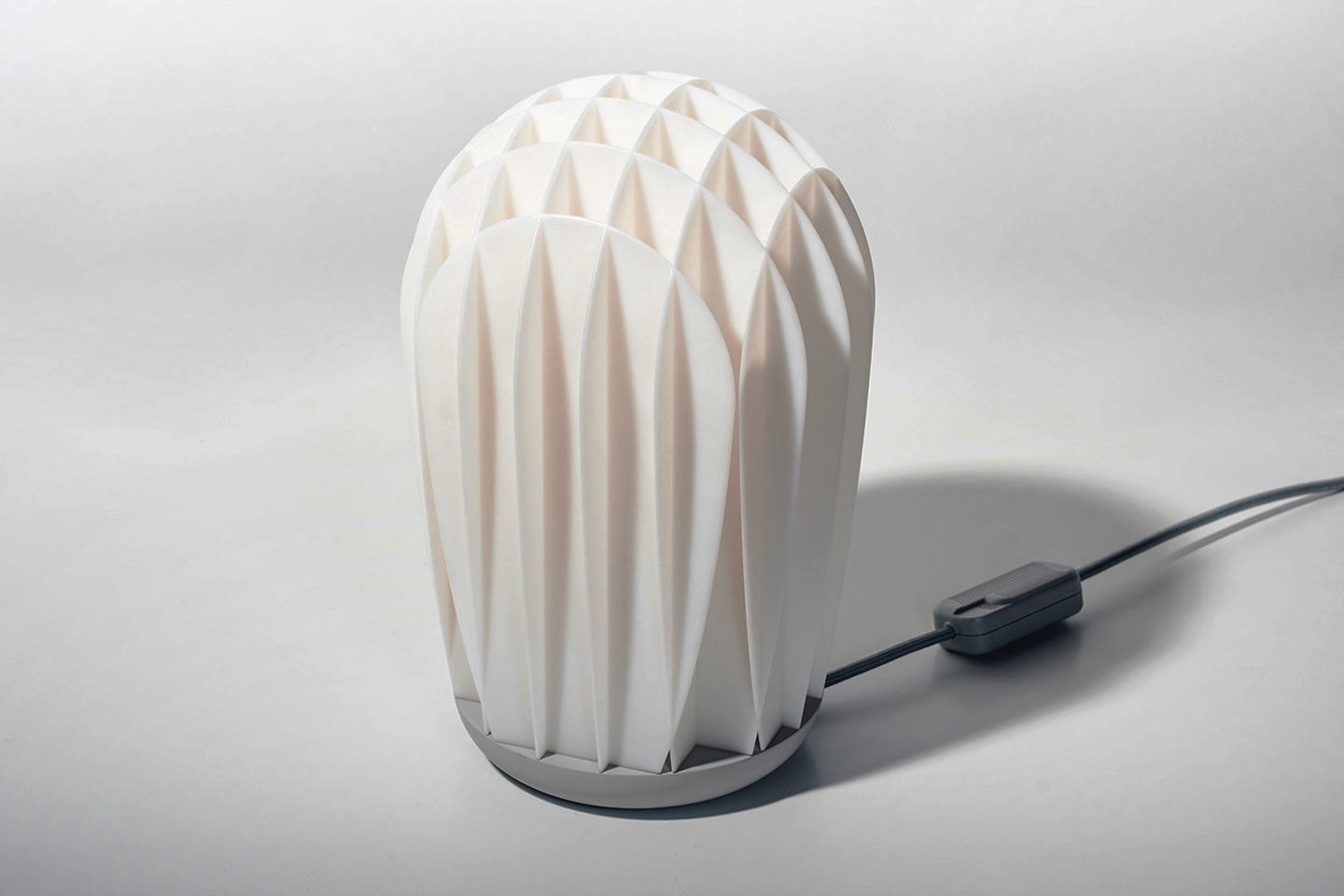 [The designer of this product is of Ukrainian origin. YD is sharing work from Ukrainian designers/students in the hopes of amplifying their talent and giving them a global platform.]

Looking quite like some Zaha Hadid-inspired architecture on your table, the Sopp table lamp by Max Voytenko for Gantri uses Gestalt’s visual laws to look like it has mass, while the lamp itself is made from what seems like entirely crisscrossing 2-dimensional surfaces. The Sopp is a paradoxical masterpiece, inspired by seemingly opposing disciplines: natural forms and modern architecture”, Voytenko writes. “Who knew minimalism could be so mesmerizing?” 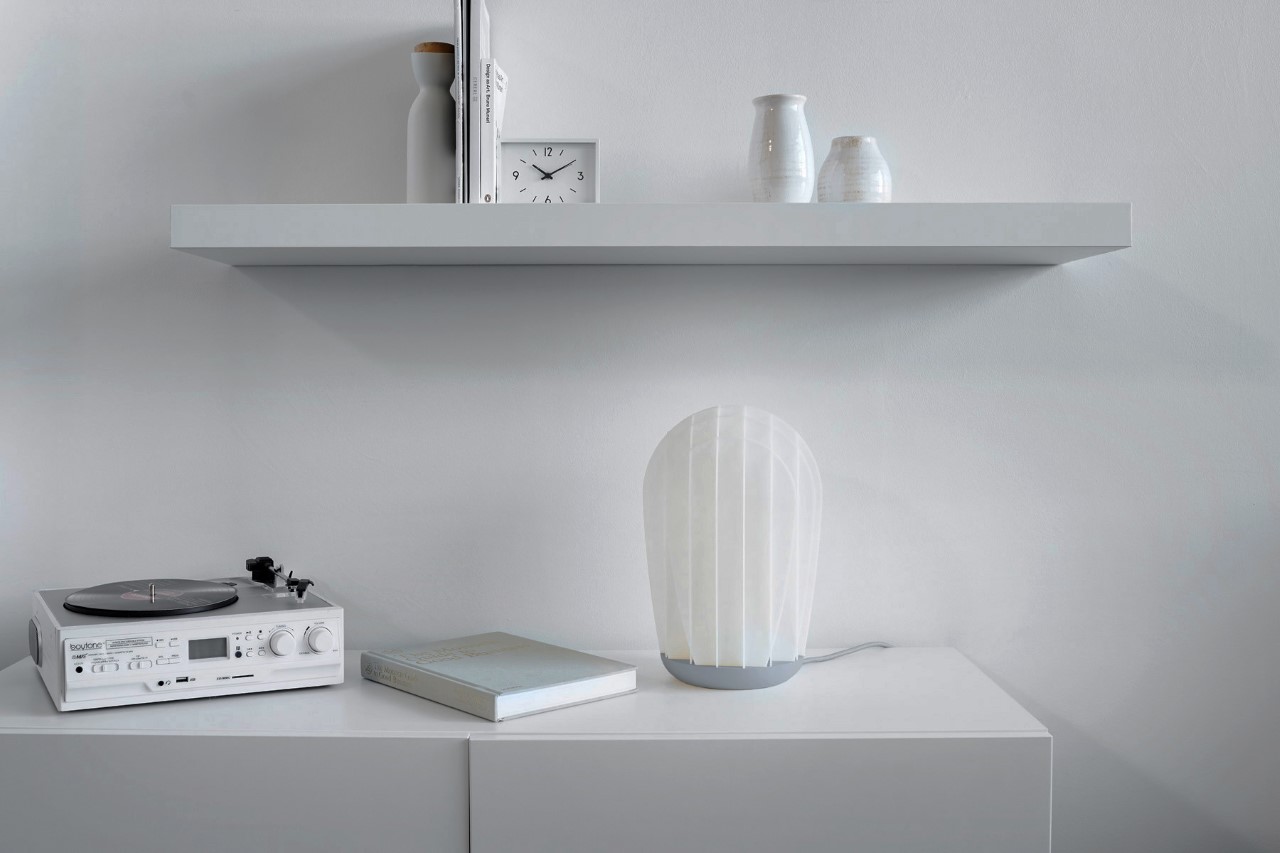 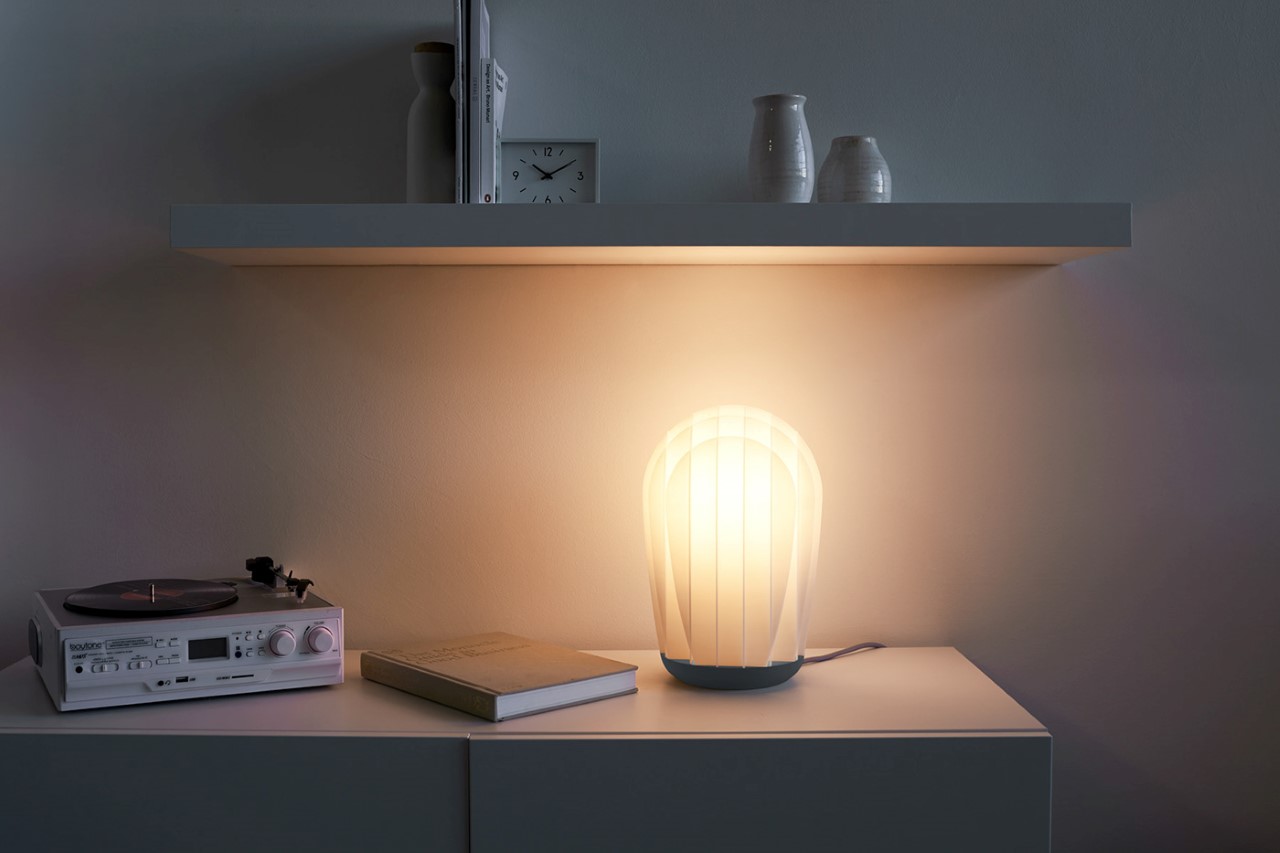 Kyiv-based Voytenko’s design philosophy of ‘less is more’ shines through wonderfully with Sopp. There’s no voluminous mass to the lampshade. It’s entirely lattice-based, but still has its own 3D mass shining through the twelve 2D planes that intersect each other. The abstract parachute-shaped design rests on a flat base, which houses the lamp’s internal LED light along with its electronics. Both the lamp and base are 3D printed at Gantri’s San Francisco factory using their proprietary Gantri Plant Polymer, a special bio-based material that has a signature matte finish that gives each Gantri lamp a premium appeal. 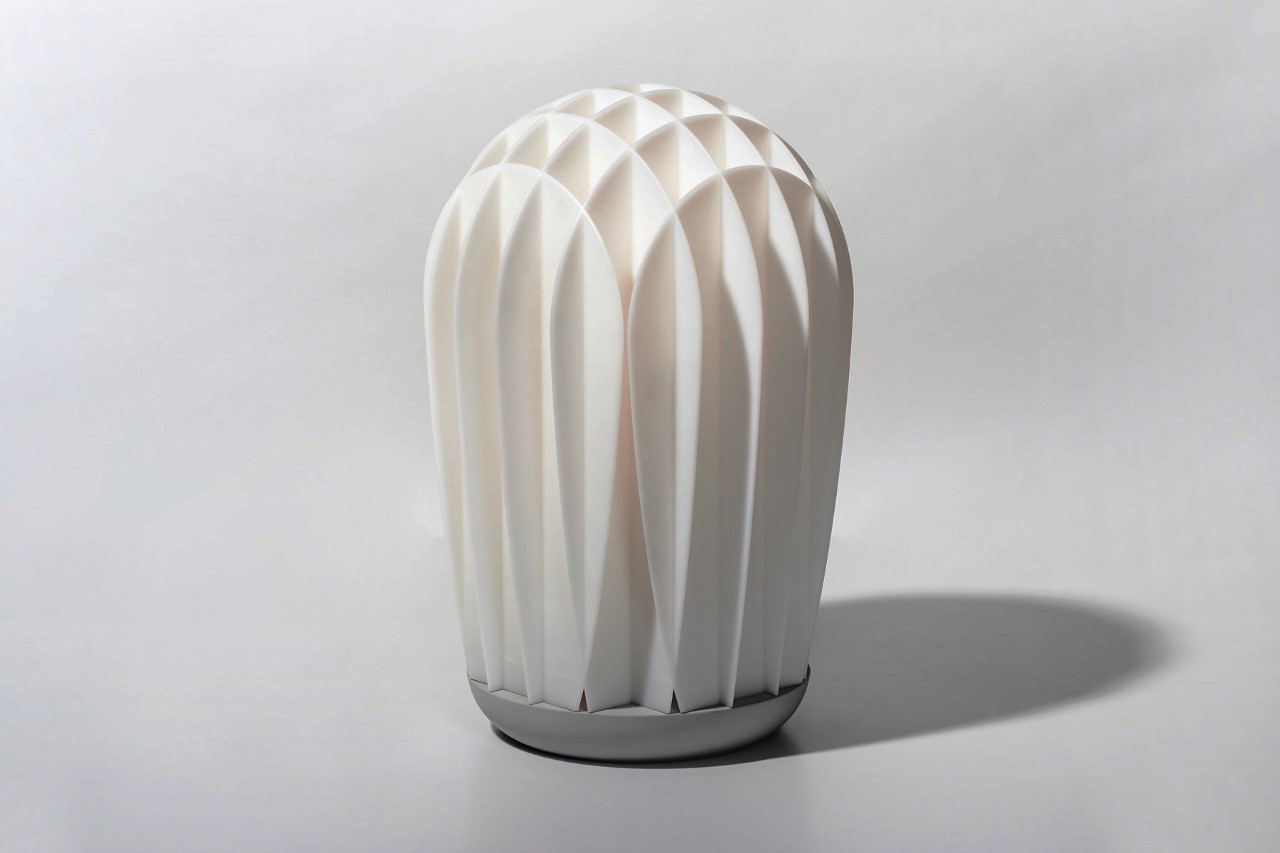 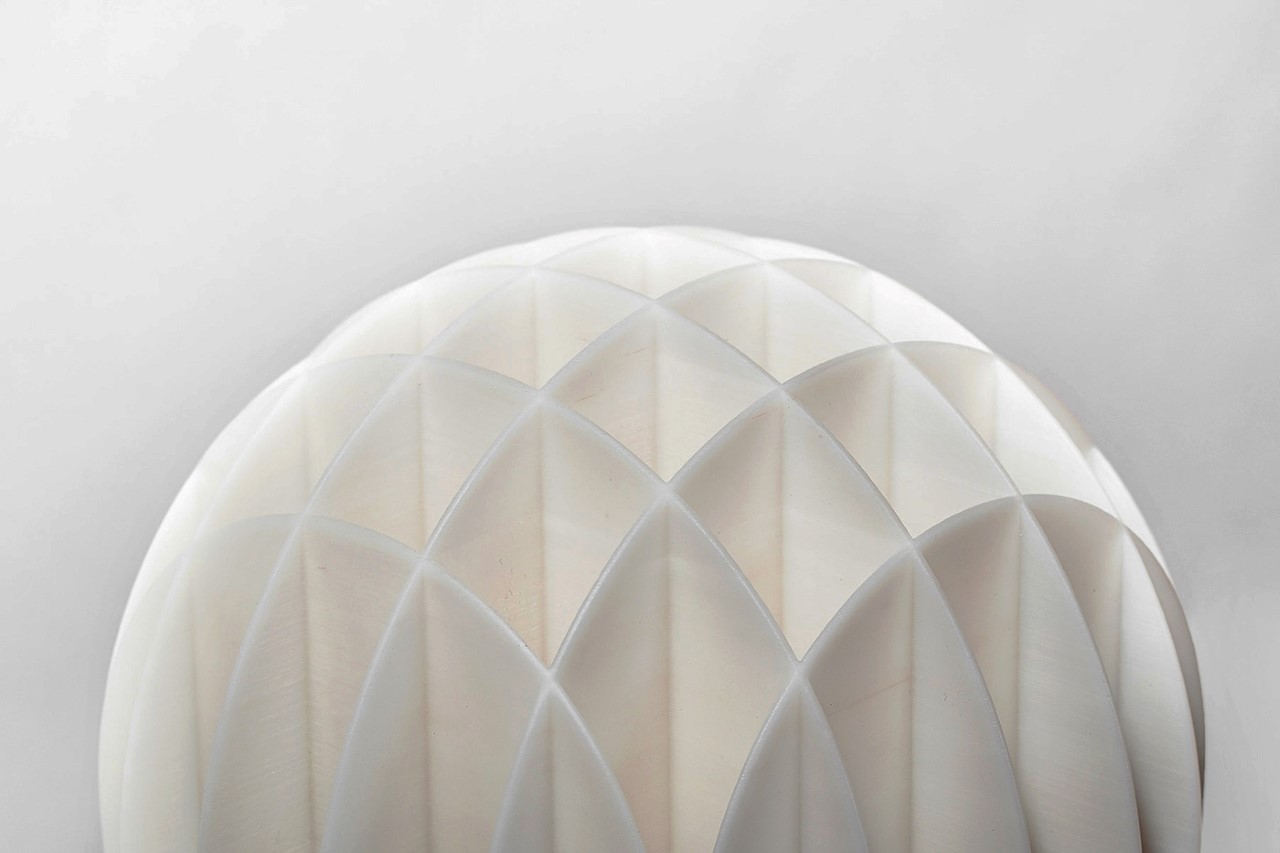 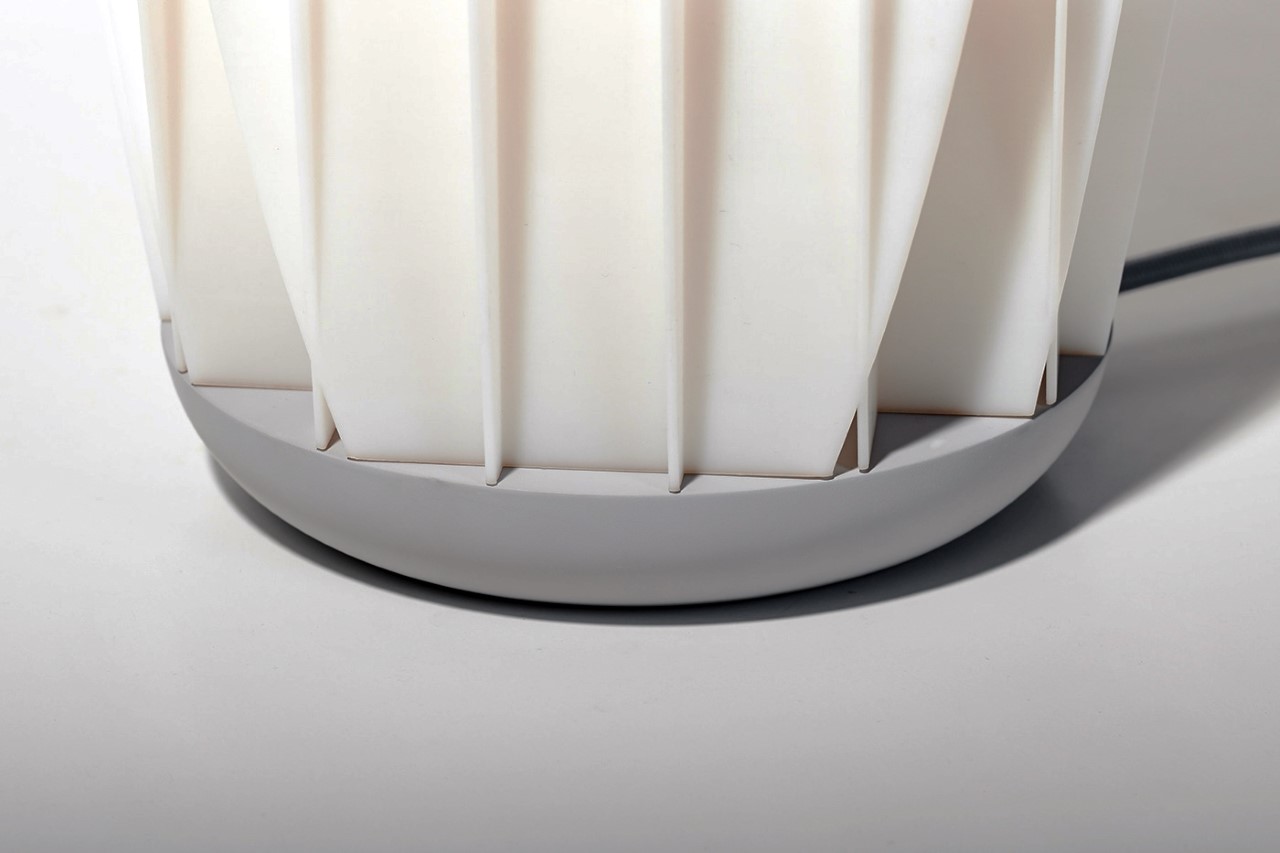 BMW-inspired dockable joystick designed to help you control your autonomous vehicle in the future!

Autonomous vehicles are going to be the future of transportation. Or at least partially autonomous ones. And a lot of those we are already seeing…