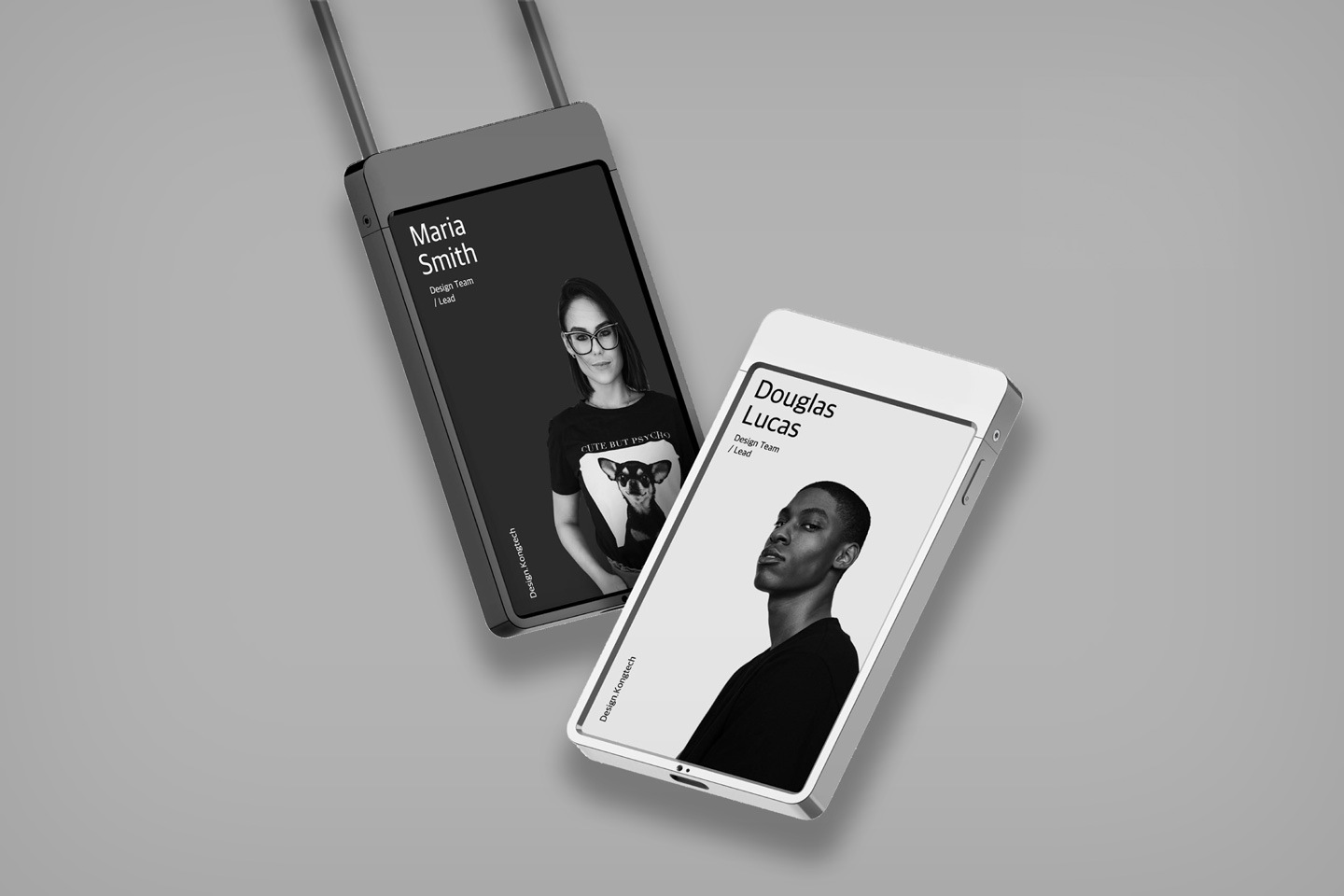 Easily the most advanced ID card concept I’ve seen, the Smart ID Card from KongTech has its own e-paper display that showcases employee details, has a built-in microphone for recording meetings and presentations, and has RFID capabilities that allow it to work not just as an employee access card, but also as a wallet by letting you store a credit/ATM card inside it. Designed to hang around your neck, the Smart ID Card becomes your one-stop EDC for everything at work, from logging in and out, to paying for meals, and even documenting meetings and important pieces of info. 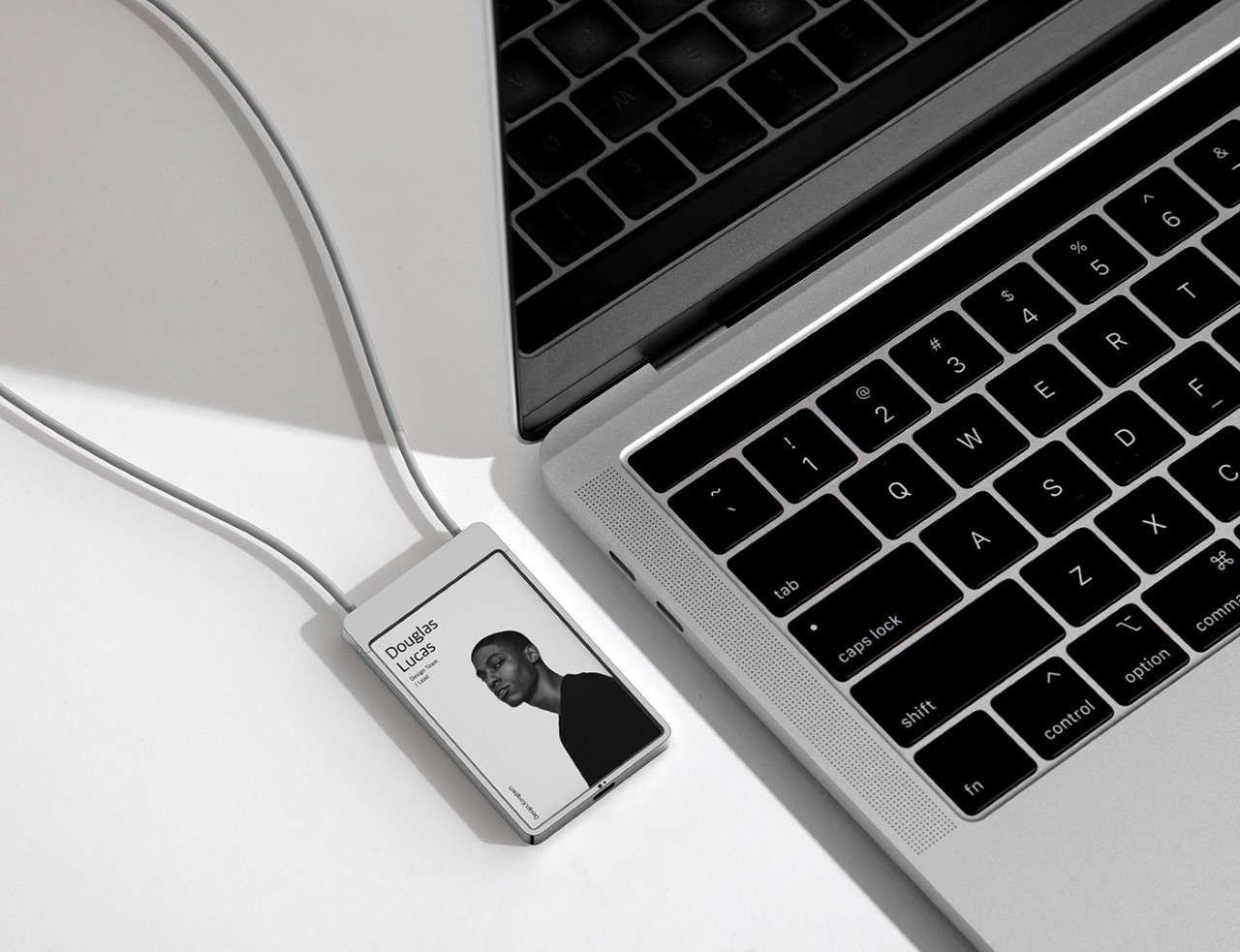 What the Smart ID card does is put all the tools you need at and around work, on a lanyard that hangs from your neck. The e-paper display is great for being able to showcase your identity, while also letting you cycle through the smart card’s myriad features. The card sports an incredibly slick, aluminum design that looks like it was taken from Apple’s playbook. It does, however, sport a USB-C port on the base (something uncharacteristic of Apple). The card’s e-paper screen on the front has perhaps the smallest bezels of any e-paper device to currently exist (the Kindle has some freakishly thick bezels), and even incorporates a tiny camera into its lower bezel. On the side of the Smart ID Card lies its singular power button, allowing you to switch the device on or off. 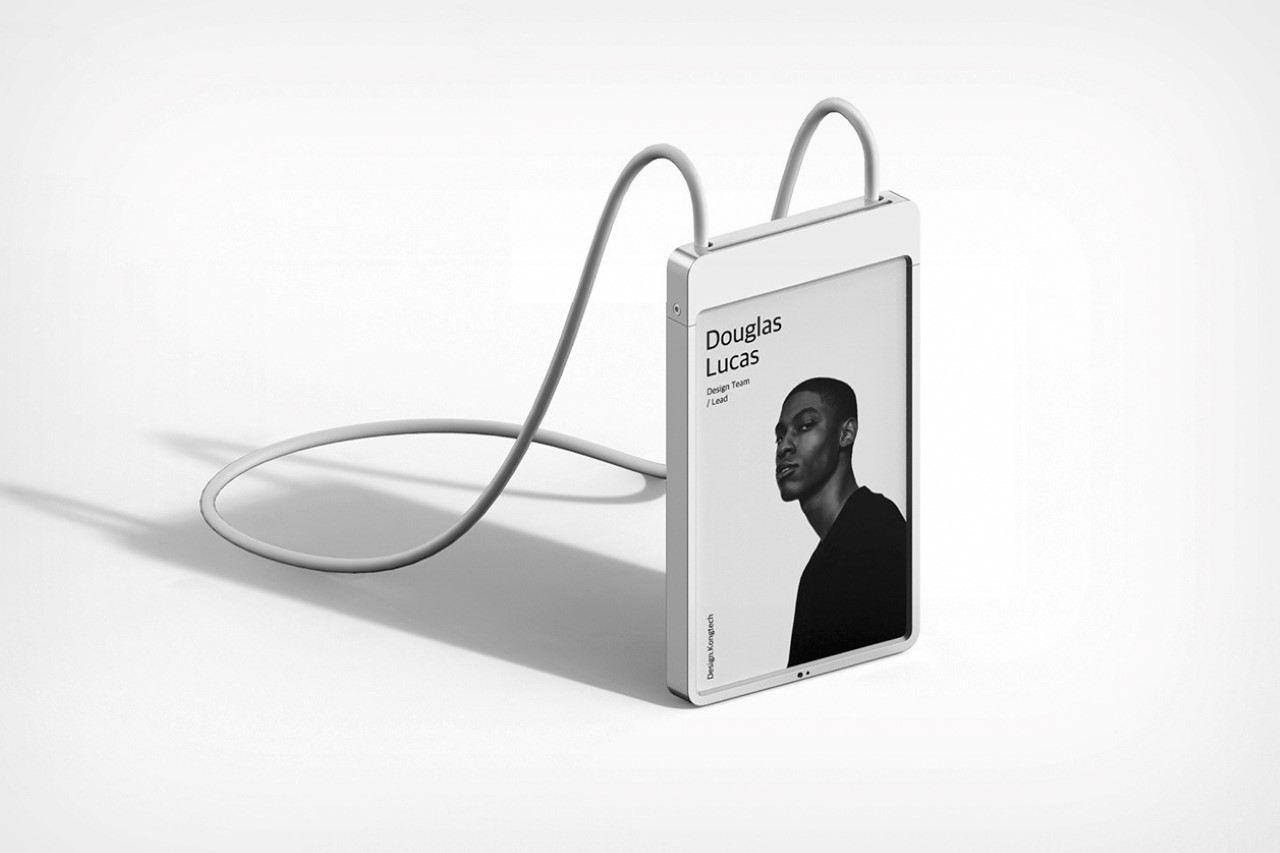 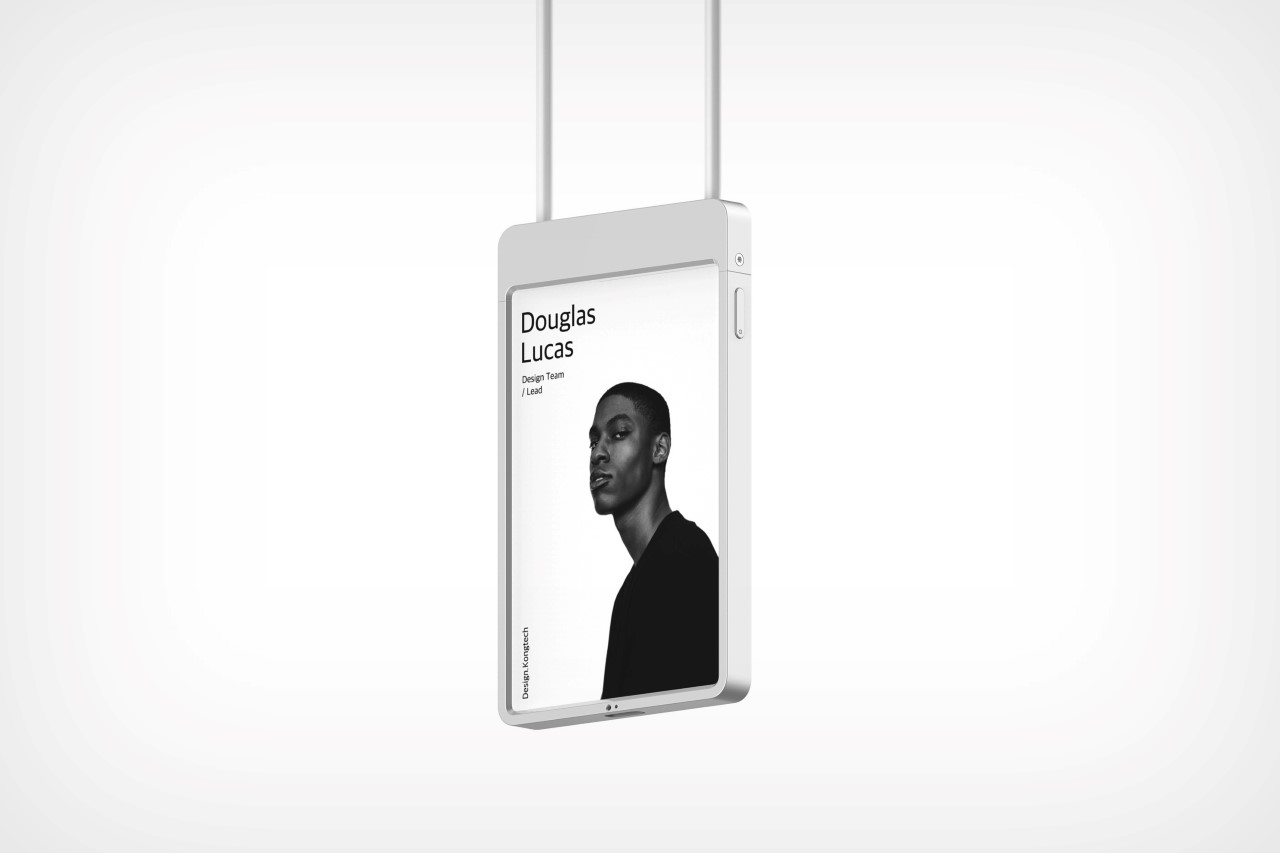 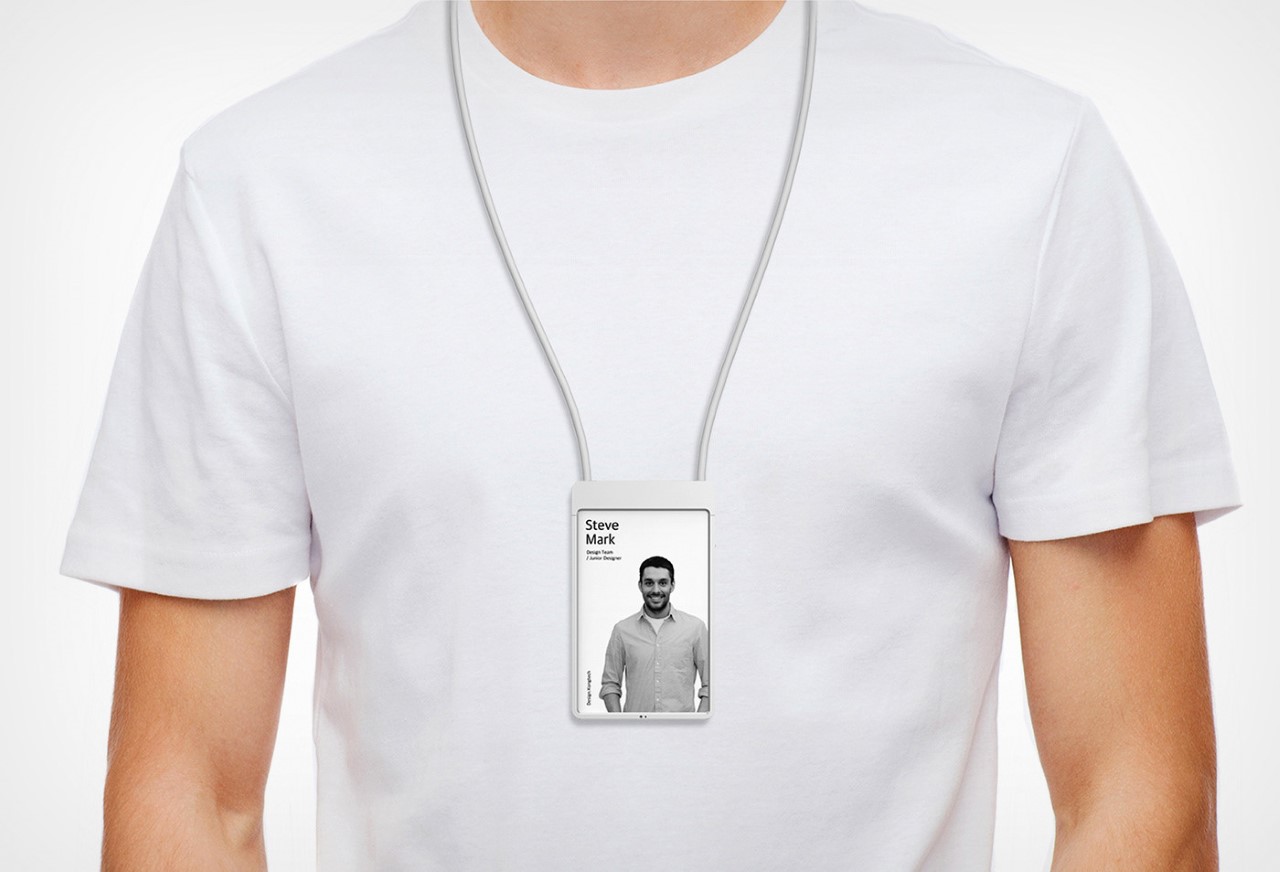 Kongtech’s Smart ID Card has three key features that broadly cover office productivity as well as EDC functionality. At its very outset, it hopes to replace the mundane, boring RFID card that’s been around for decades, allowing people to simply tap to access buildings, rooms, and to mark attendance at work. The Smart ID Card upgrades that plastic rectangle to something more sophisticated-looking, and with the ability to dynamically change too, reflecting changes in your appearance or even in your position in the company as the years go by. It’s a hi-tech hybrid between an access card and an ID card or Name Tag. 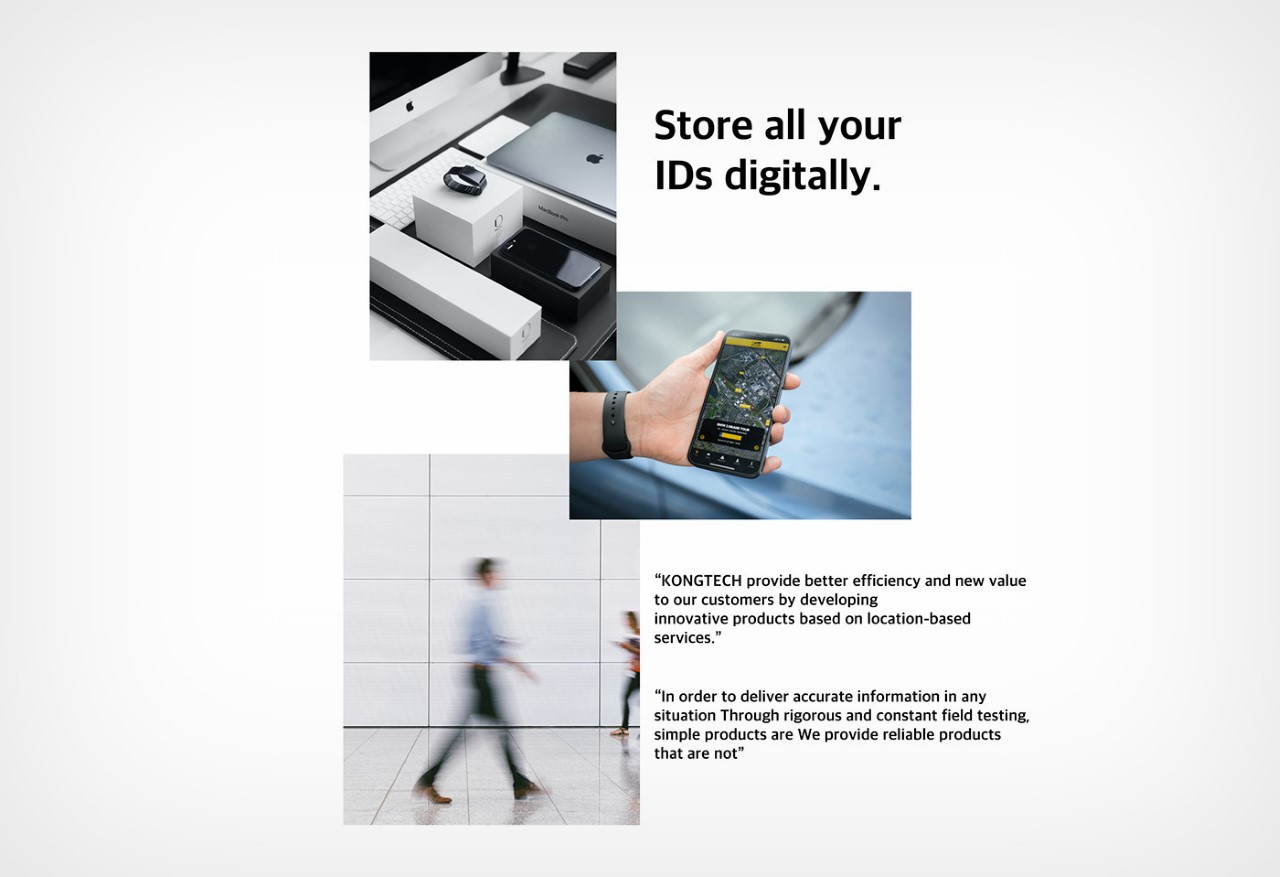 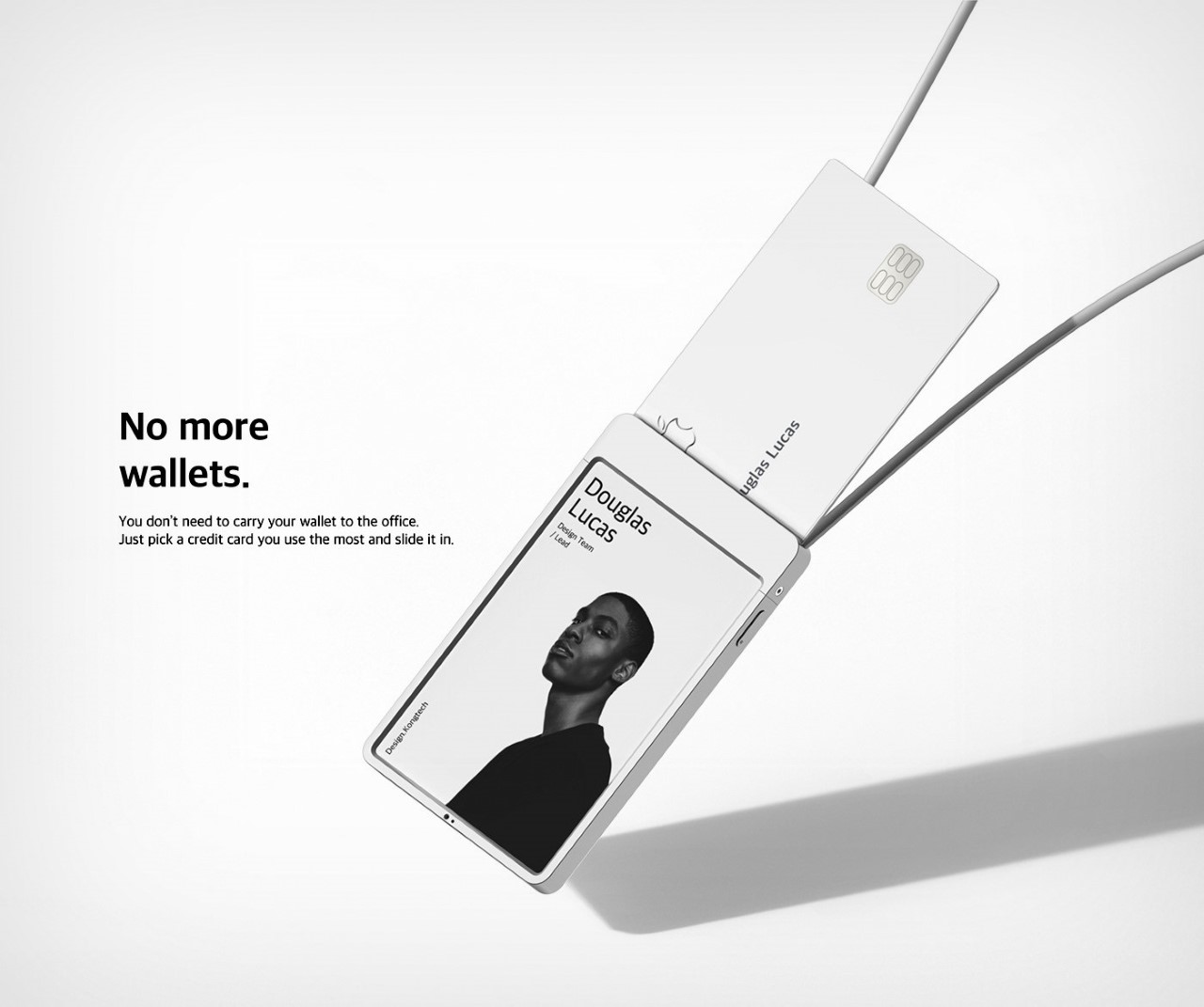 While the Smart ID Card is much thicker than your conventional plastic RFID tag, it also comes with an empty slot that you can slide a credit/ATM card into, turning your ID card also into a de-facto wallet that you can carry around with you on your neck. The Smart ID Card doesn’t become a digital wallet itself (that would introduce way too many security vulnerabilities), but it does act as a physical one, holding your card so you can pop it out and use it at terminals, whether you’re at the office canteen, or you’ve popped out for a business lunch. 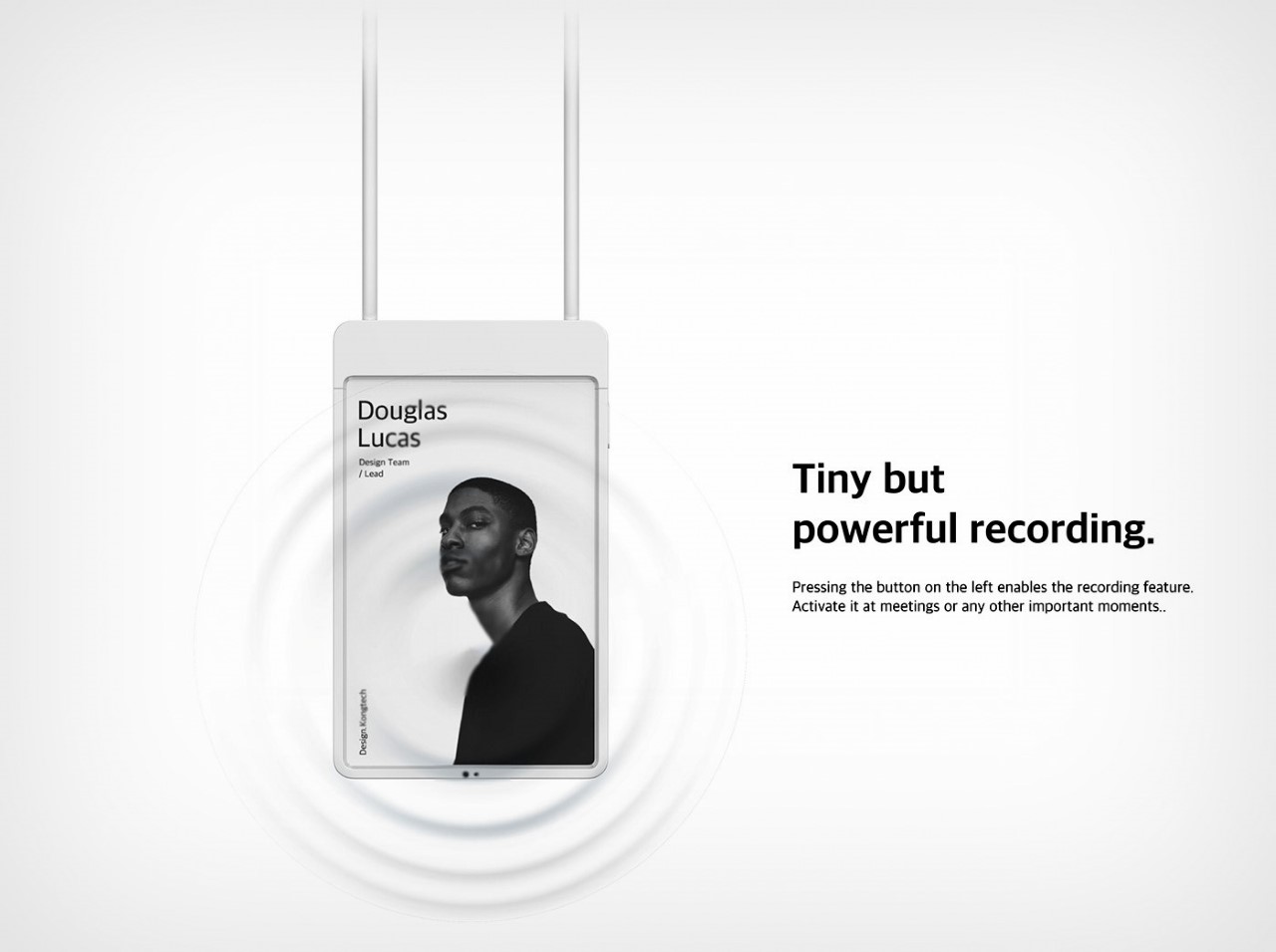 Sure, the Smart ID Card gets you in and out of buildings, lets you store your wallet, but it also proves to be quite useful while you’re at your desk too. The card comes with a built-in camera and microphone system that can record video and audio at the tap of a button. Designed to make capturing meetings and important work-related information easy, the Smart ID Card stores all the videos on its local memory, and lets you access it by either wirelessly or wired-ly transferring it to any machine. On the wired front, the Smart ID Card’s USB-C port on the base lets you connect it to devices as well as charge your card, giving you a week’s worth of use on a full-charge. 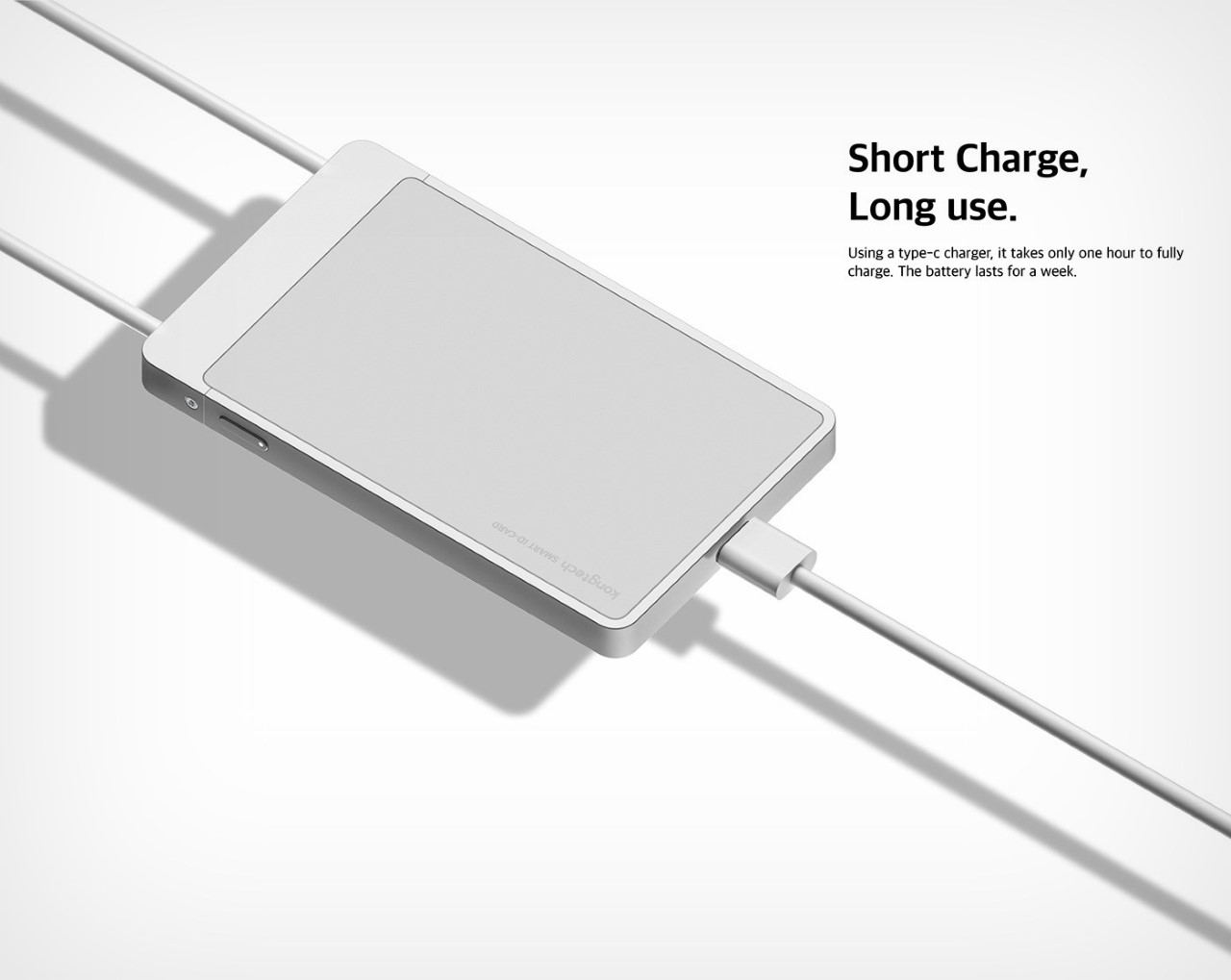 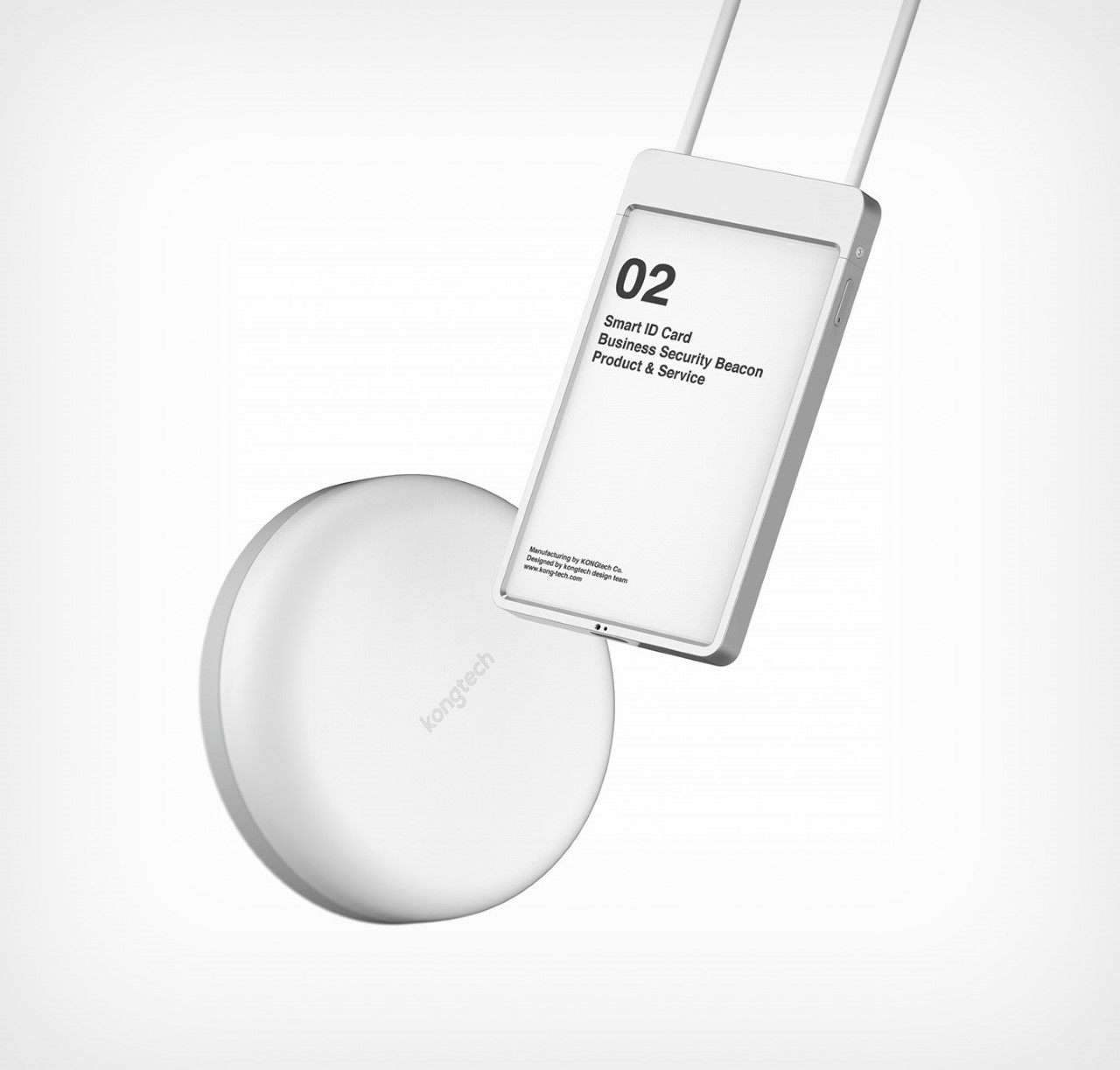 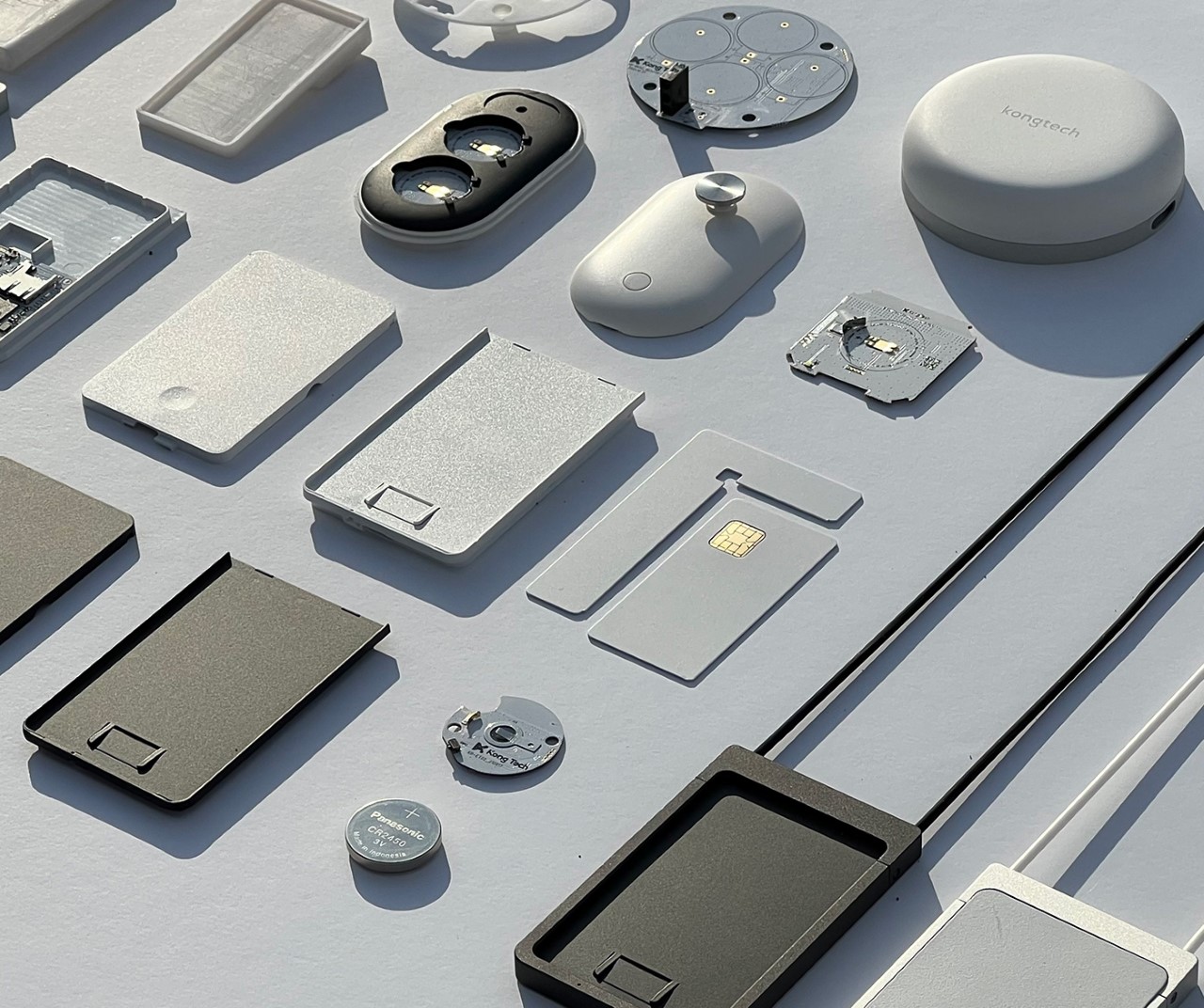 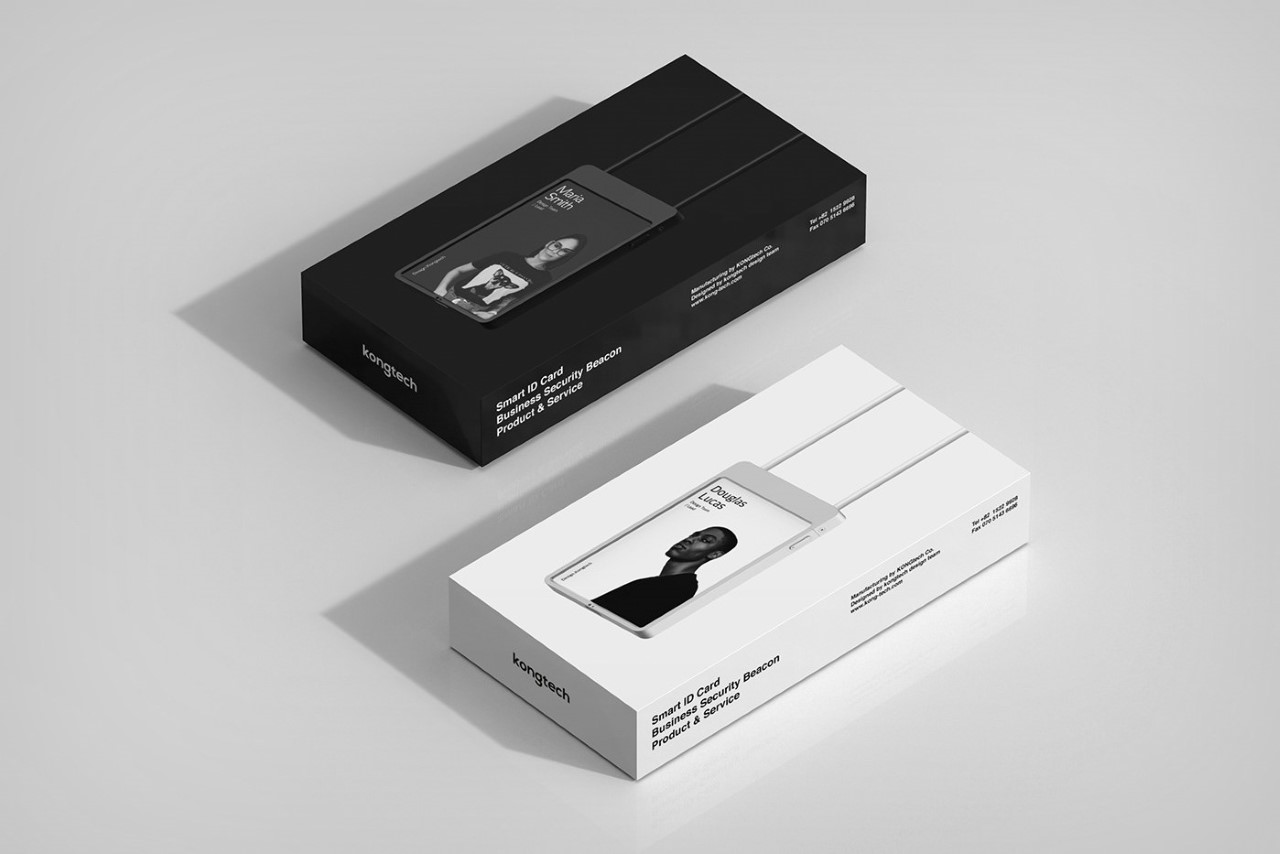 The Doodle Cup isn’t just another attractive coffee mug- it also aims to keep the user entertained once they’ve taken the last sip! Printed on…

https://youtu.be/DKPRRPqSxfU Own a PC? What shape is the play button on iTunes? What about the jogdial on the classic iPod? Circular. You’ll notice the circle…