In a lot of ways, Windeler is to EDC what LEGO is to toys, or what Dominos is to pizza. Not entirely sure what I mean? Well, go to any store or website and buy a multitool army knife and it comes pre-built with its own tools. You can’t choose the tools you want, the way you choose toppings on a pizza. However, Windeler isn’t a regular multitool – it’s an ecosystem, like LEGO. Designed so you can snap multiple tools together, Windeler lets you build your own EDC multitool based on what you need. 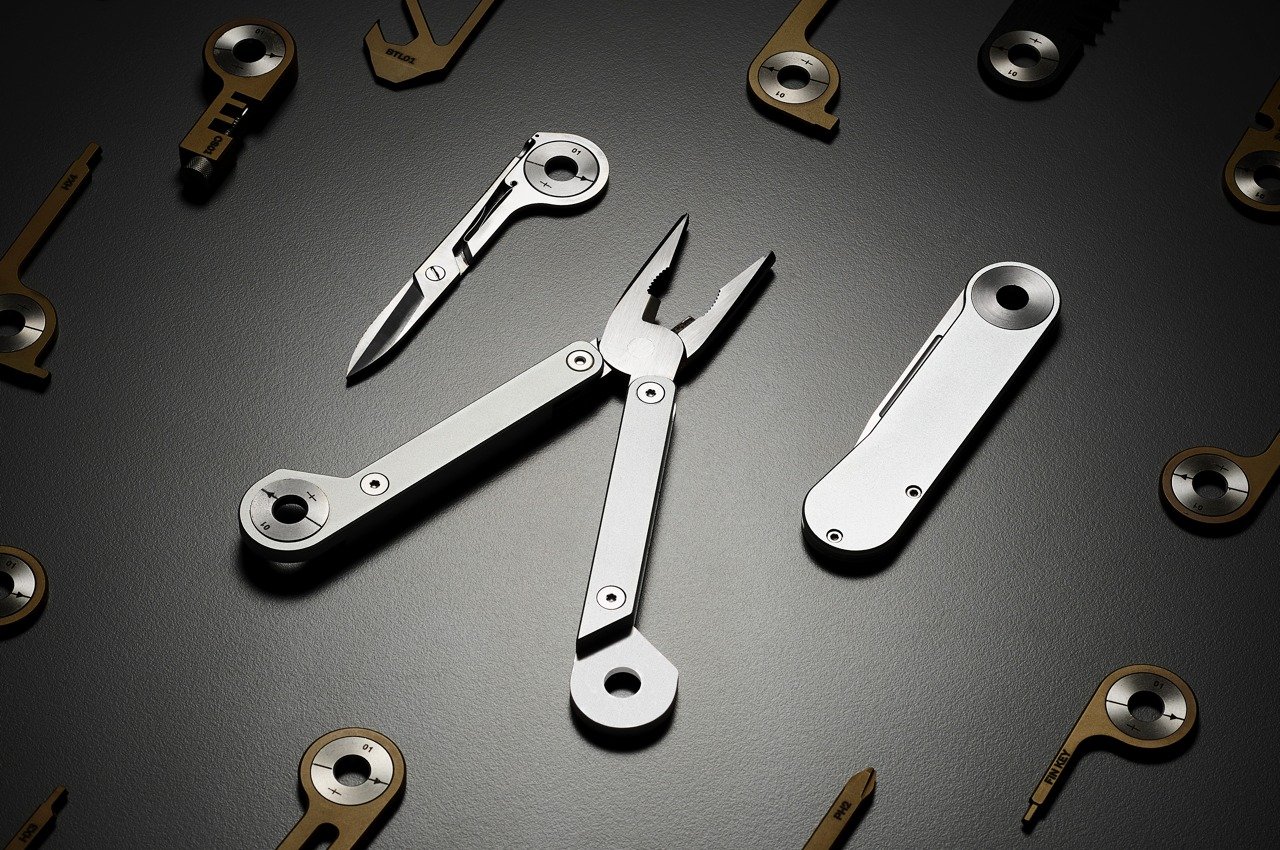 Want to carry a pocket knife today but not tomorrow? Windeler lets you simply plug-in or plug-out modules so that you can swap out that pocket knife for, say a small pair of scissors, or a flathead screwdriver. Instead of leaving you with a fixed set of tools (out of which you probably end up using just 1-2 tools you actually need), Windeler lets you build, customize, and rebuild your EDC, so you carry only the stuff you need, and not the stuff you don’t.

“Windeler tools are designed to be used individually, and carried as a Stak”, says Douglas Windeler, who began working on the ecosystem in 2020 with his debut Kickstarter campaign. Now, he hopes to expand the ecosystem to include even more tools, so that new backers have variety, and existing Windeler owners have the option to add to their existing collection. 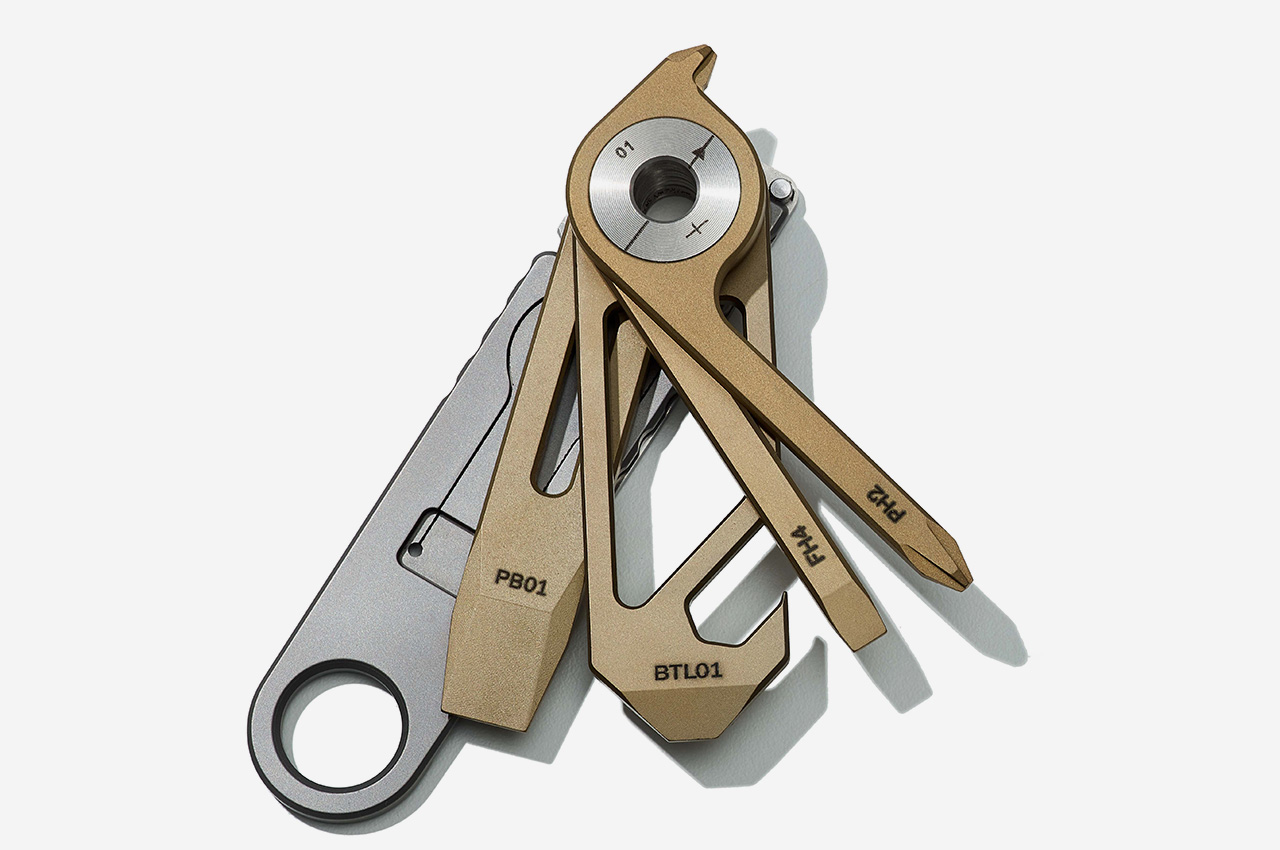 Once you buy a set of Windeler tools, you can connect together to form a ‘Stak’, thanks to a special POLNETIK™ magnetic connector that lets tools conveniently snap to one another, giving you the ability to carry as little or as many tools as you want or need. The tools aren’t haphazardly designed either – they’re all equipped with a Stak-appropriate form factor so at the end of the day you’ve still got a sleek, monolithic multitool that slips right into your pocket or bag. To use a tool, simply rotate it outwards and the magnet disengages, giving you an individual tool that’s easy to grip (thanks to Windeler tools’ key-shaped design). 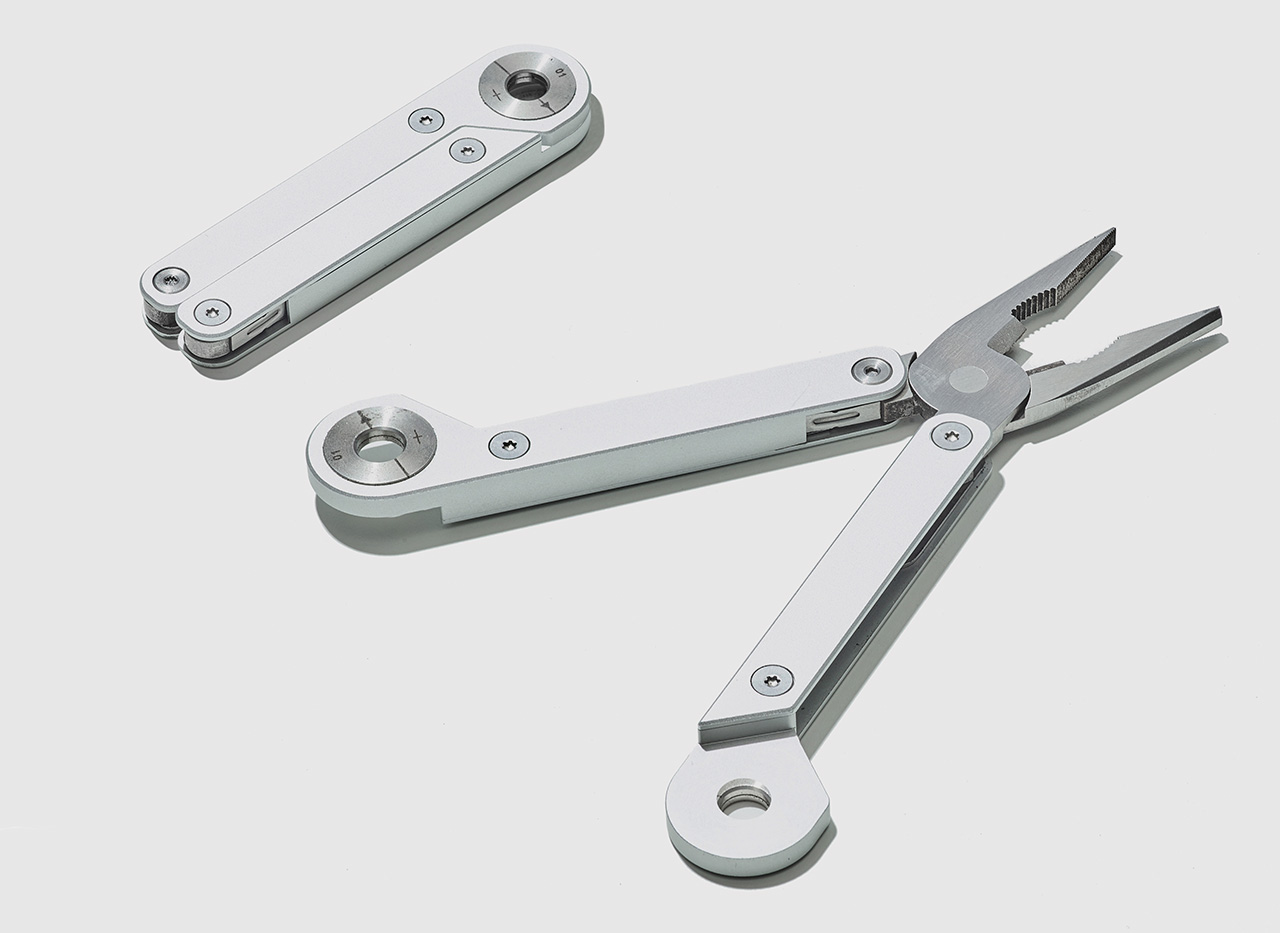 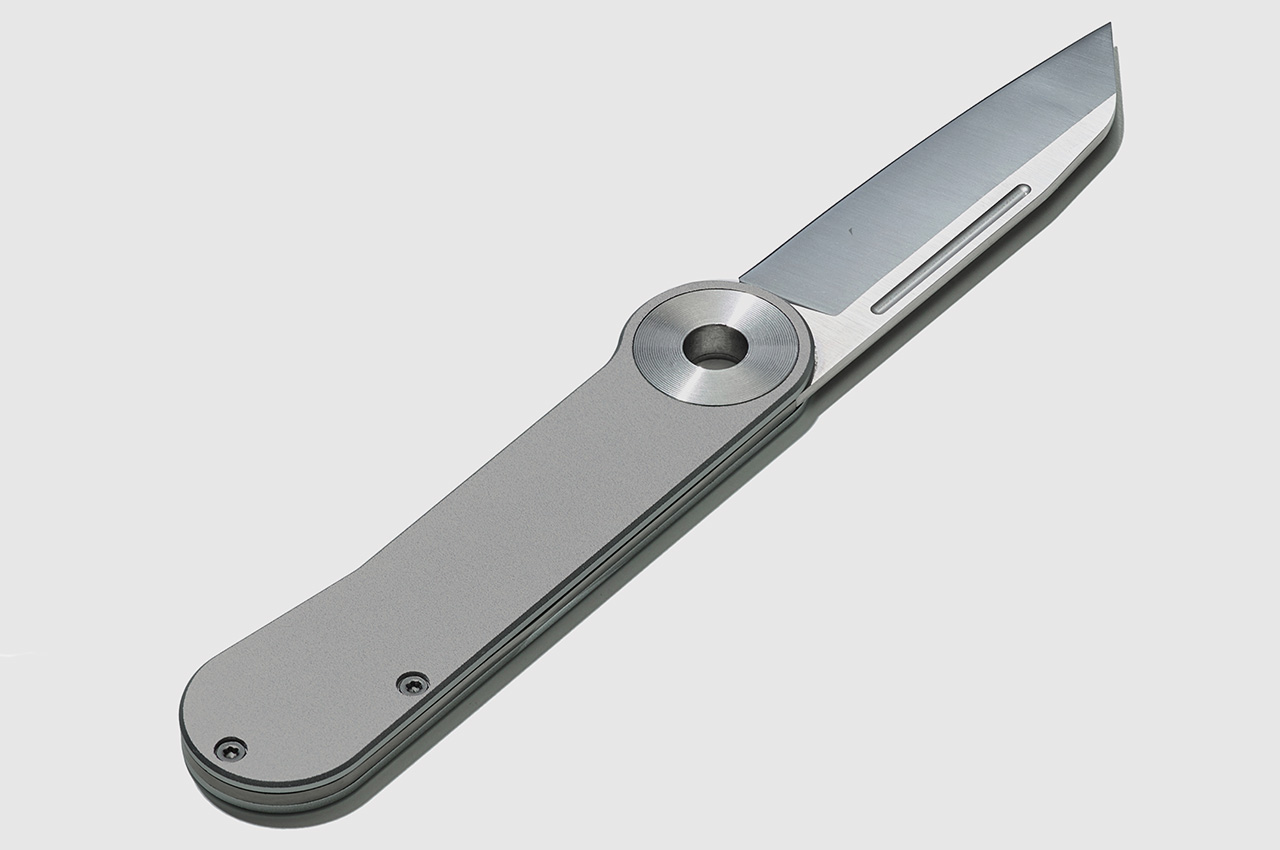 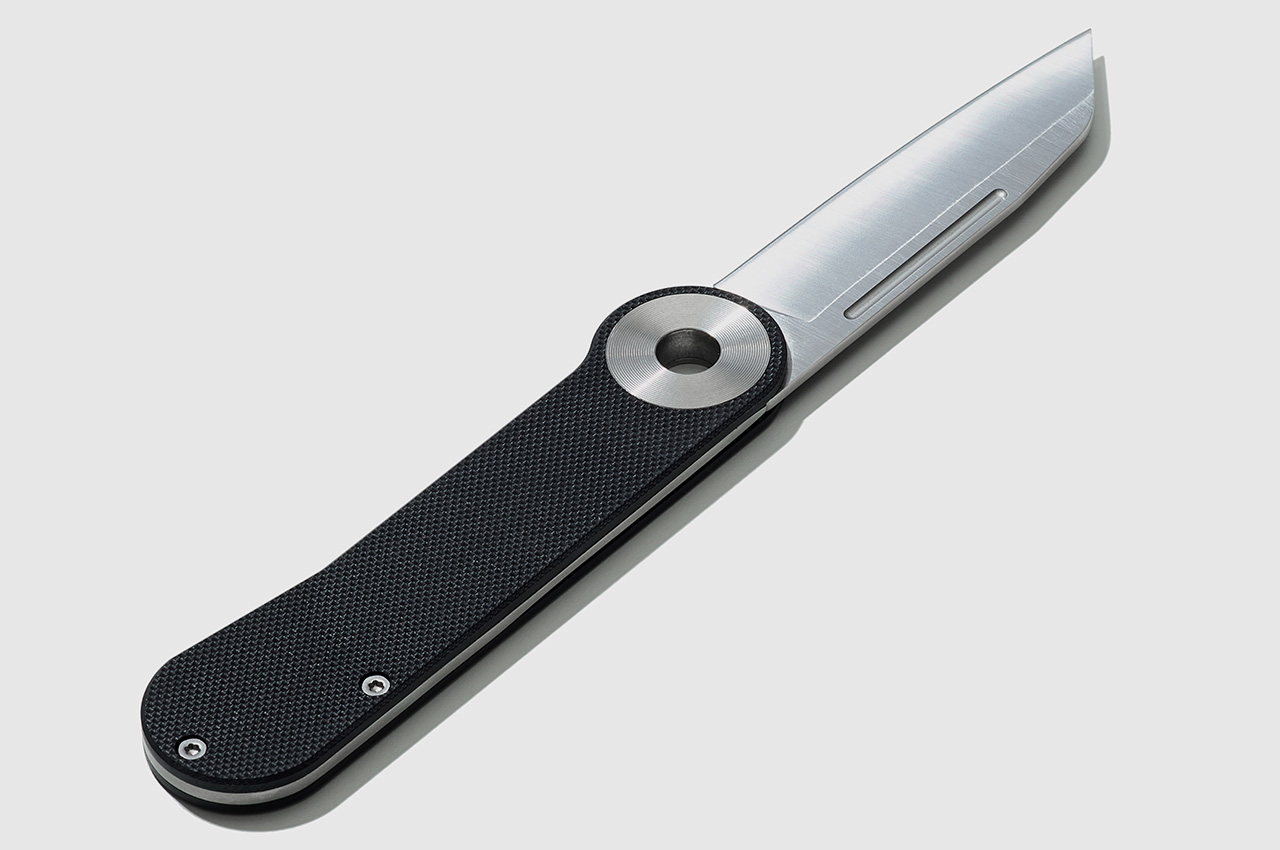 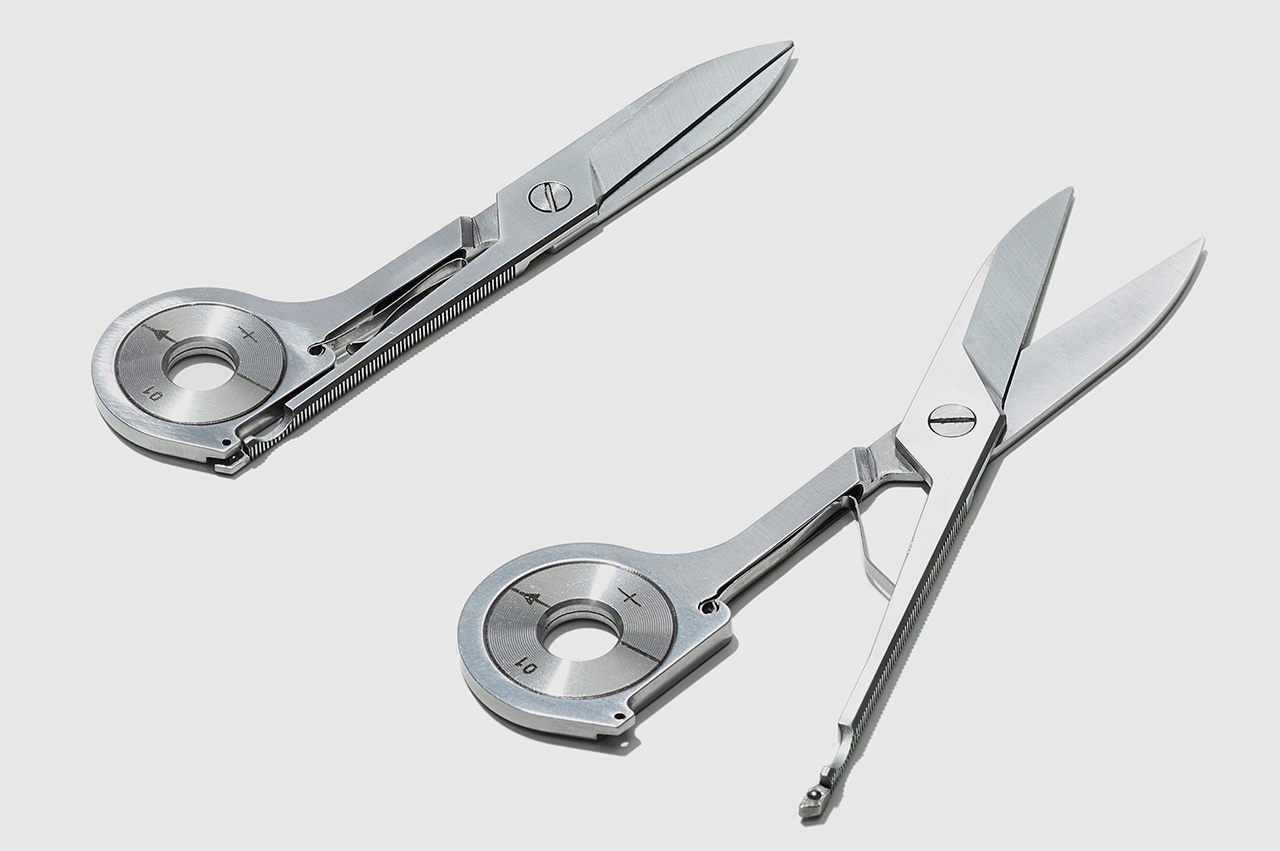 Back in 2020 when Douglas first debuted the Windeler ecosystem, it contained popular multitool instruments like flathead and Philips-head screwdrivers, hex-bits, box-cutters, bottle openers, and even a pocket comb. Now, the collection even includes a foldable pocket knife, safety scissors, and a compact folding plier. All of Windeler’s tools (both the old and new ones) are designed to be robust and corrosion-resistant (even in saltwater). The majority of Windeler’s tools are made from Plasma-hardened Titanium alloy, and the pocket knife uses LC200N blade steel for the blade, and an option between titanium or G10 fiberglass for the handle. The POLNETIK™ magnetic connectors employ N52 Neodymium Magnets encased in stainless steel, and are then press-fitted into the tools to create a glue-free, screw-free homogenous design that highlights minimalism and sensibility.

Windeler’s newest tool expansion Stak includes the MINIM – a non-locking, UK carry-legal folding knife, the SC01 – a pair of tiny safety scissors, and the PL01 – a folding plier that’s small enough to carry in your pocket, yet handy enough to be useful anywhere and everywhere. The entire set also comes with a Cordura case that neatly wraps around your tools. You can grab the latest expansion Stak through their Kickstarter campaign, and if you want the legacy Staks from 2020, they’re all available on Windeler’s website.

https://www.kickstarter.com/projects/1055310169/4d-concrete-watch-automatic-energy-meet-time-and-s Until now we’ve only looked at time in a two dimensional representation. Hands move around a flat dial, numbers show up on a flat…

https://www.kickstarter.com/projects/respio/respio-sleep-coach-track-manage-improve-your-sleep Physically and metaphorically, the Respio is like a bookmark. Just like a bookmark helps you keep track of which page you are on, Respio…

The Enchanted Coloring Book that Comes to Life!

https://www.kickstarter.com/projects/1532023661/playing-house-2-enhanced-reality-3d-coloring-book? Children love to live in the world of make-believe. They do this so that they can live a life they dream of or bring…

https://www.kickstarter.com/projects/nuka/eternal-stationery Roughly 10 seconds into the above video, I was a combination of curious and impressed. This is the nuka, a pencil and notepad combo…