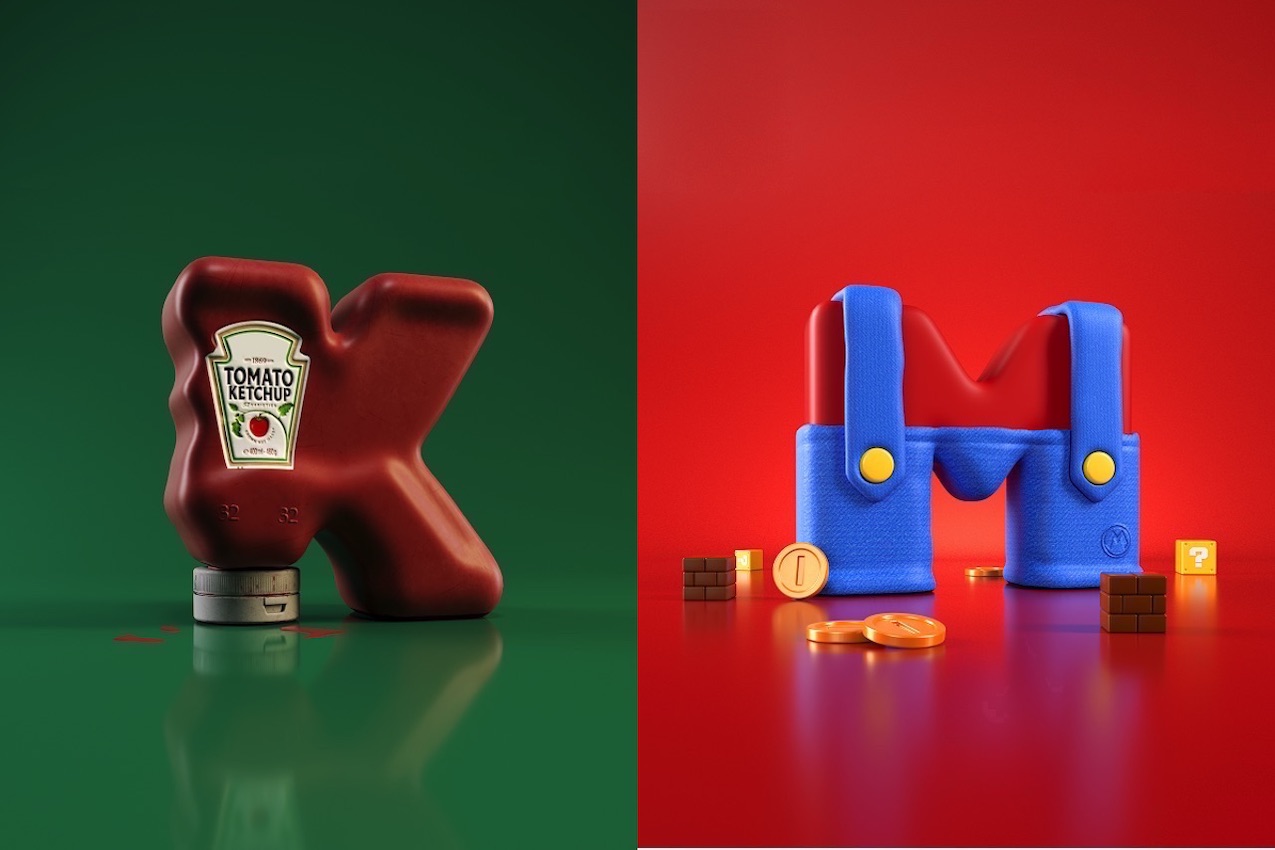 NFT is a term loosely used these days. You have probably heard of it but don’t fully understand. Some of you may have already invested money on a few NFT designs. Expect more will be introduced. So what is NFT? It’s a non-fungible token used to own digital objects on a blockchain. Digital objects are any creation online that may cost something. An NFT could be digital drawings, art, or music. 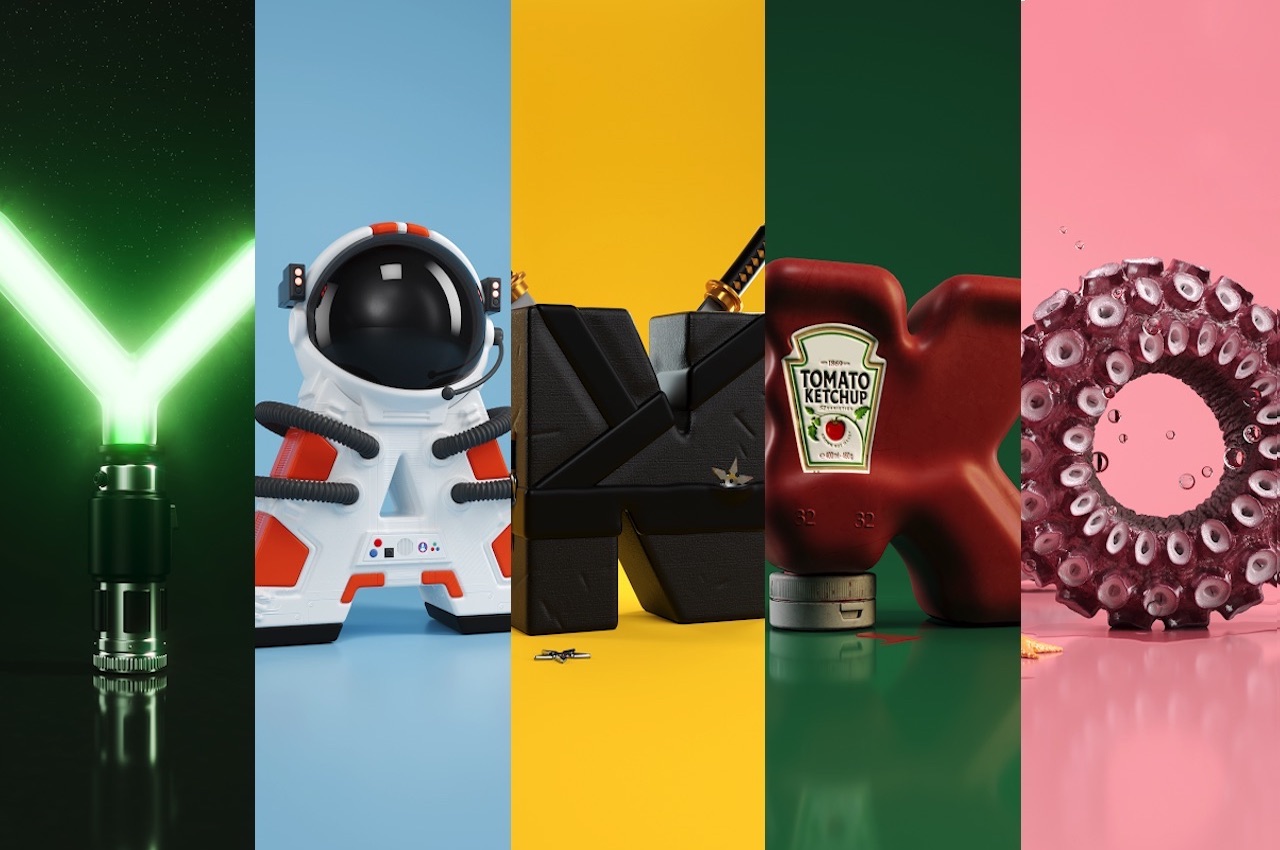 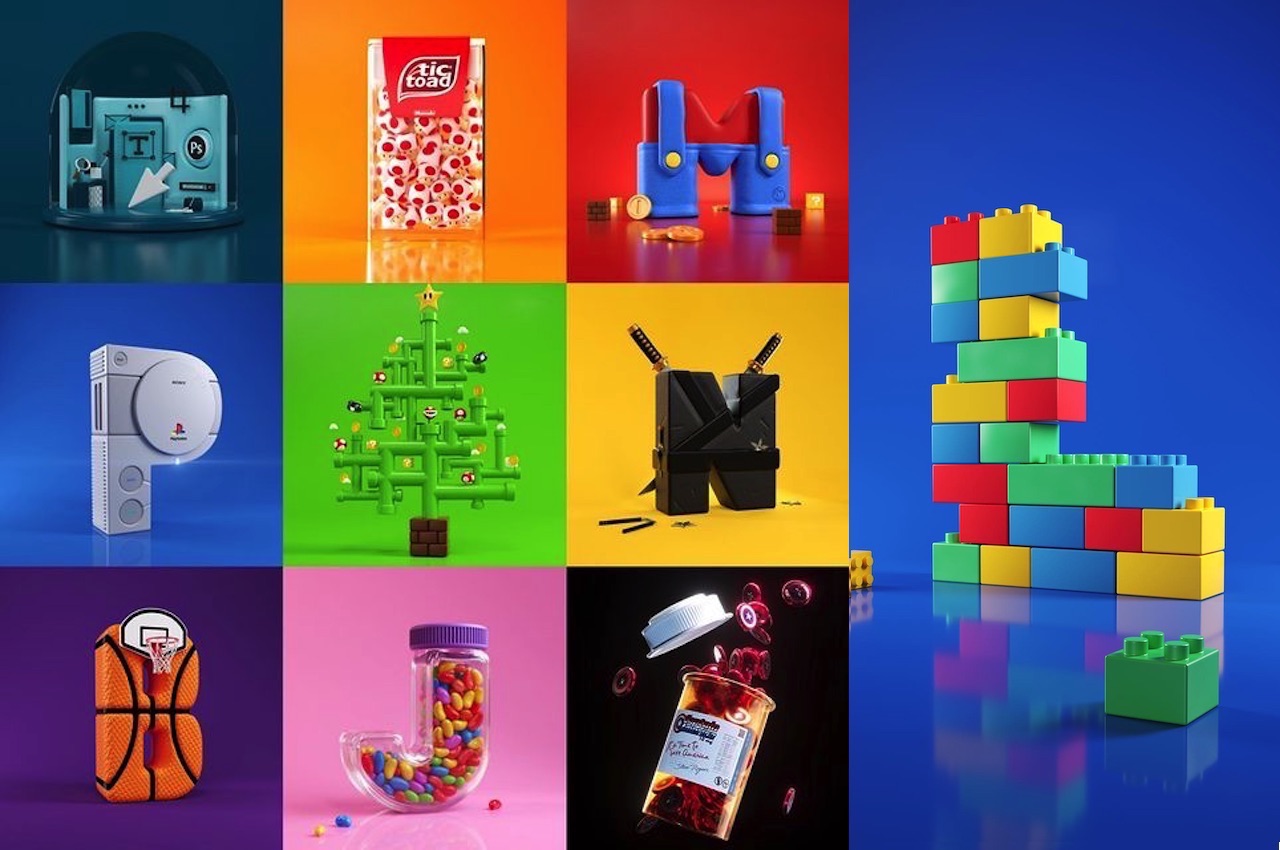 At the moment, digital artists and creatives are going crazy over this trend. Just like cryptocurrency, NFTs will still be questioned and doubted but the system will still continue. A number of other products, services, and platforms are also being developed for NFTs and we can expect more will be introduced.

Several designs have been presented to the public and since last year especially, many people have sold and purchased digital products. The latest interesting collection is from Marius Longo, the person behind Marius Visual Arts.

Marius is a freelance motion designer and 3D artist based in France. He has recently come up with his first NFT collection named the ‘Alphabet Project’. His visual creations are mainly digital product designs. Each product is patterned after a letter from the alphabet. 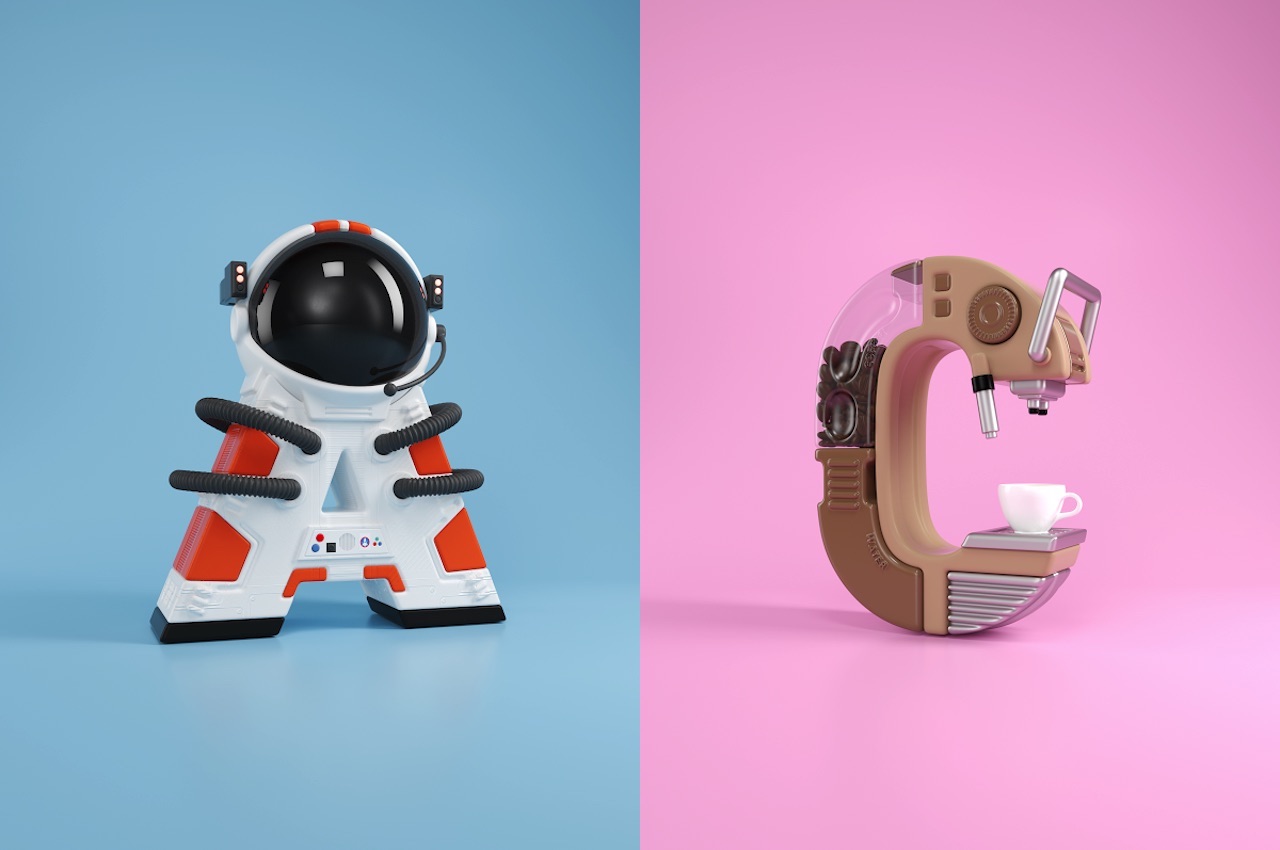 The Alphabet Project shows the different letters in different forms. Starting with an astronaut, we see one formed like the letter A. A coffee machine is shaped like a C coffee-themed color. 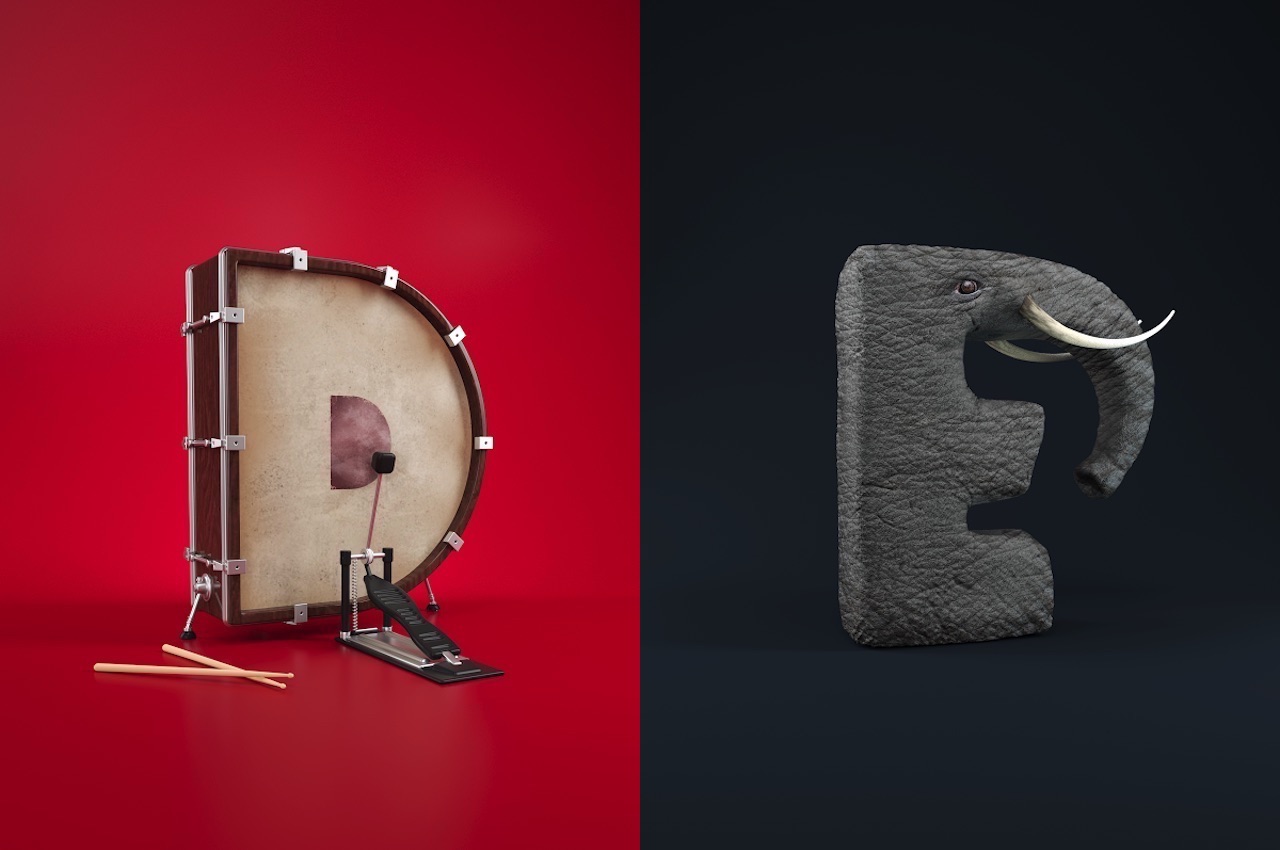 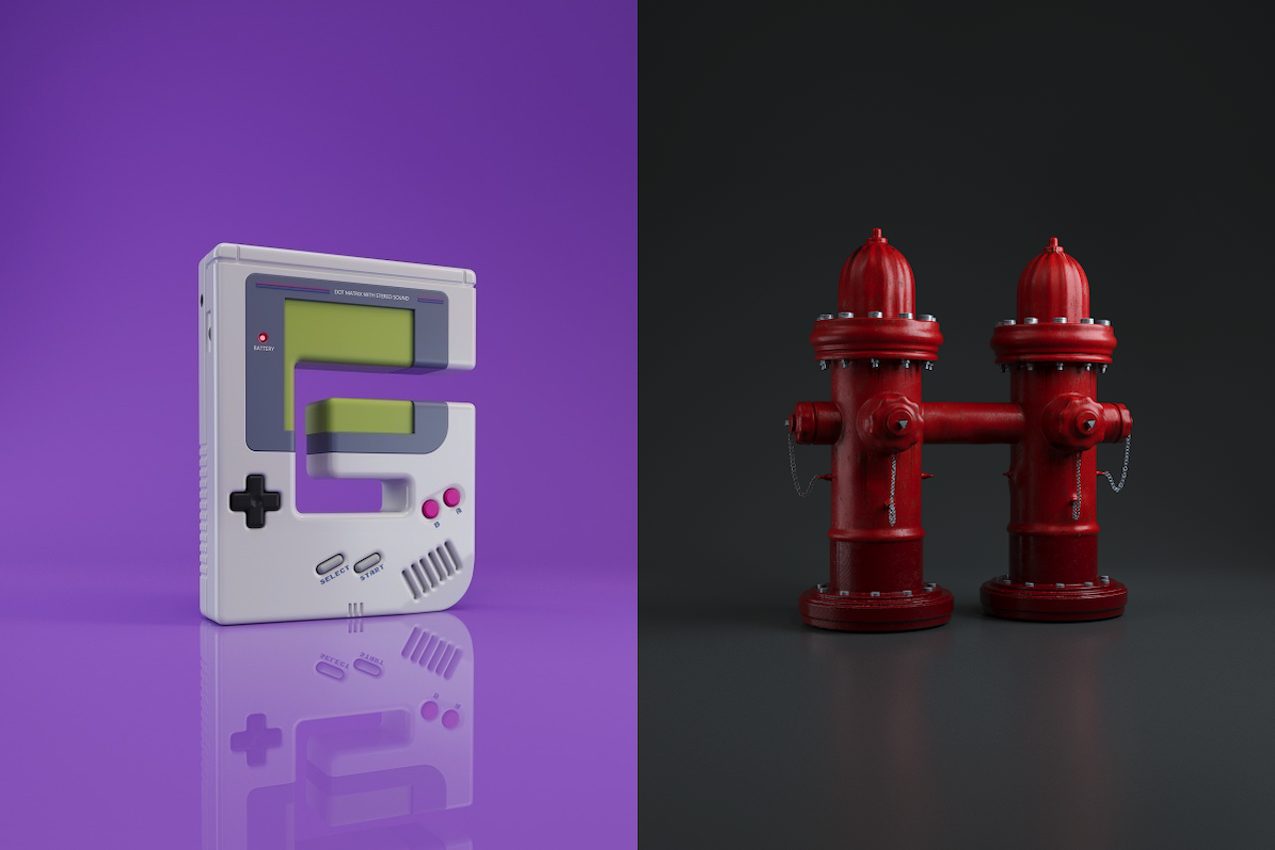 A D-shaped bass drum is followed by an elephant-shaped like an E. The G-Game Boy will remind you of your childhood. A double hydrant looks ready shaped like an H. 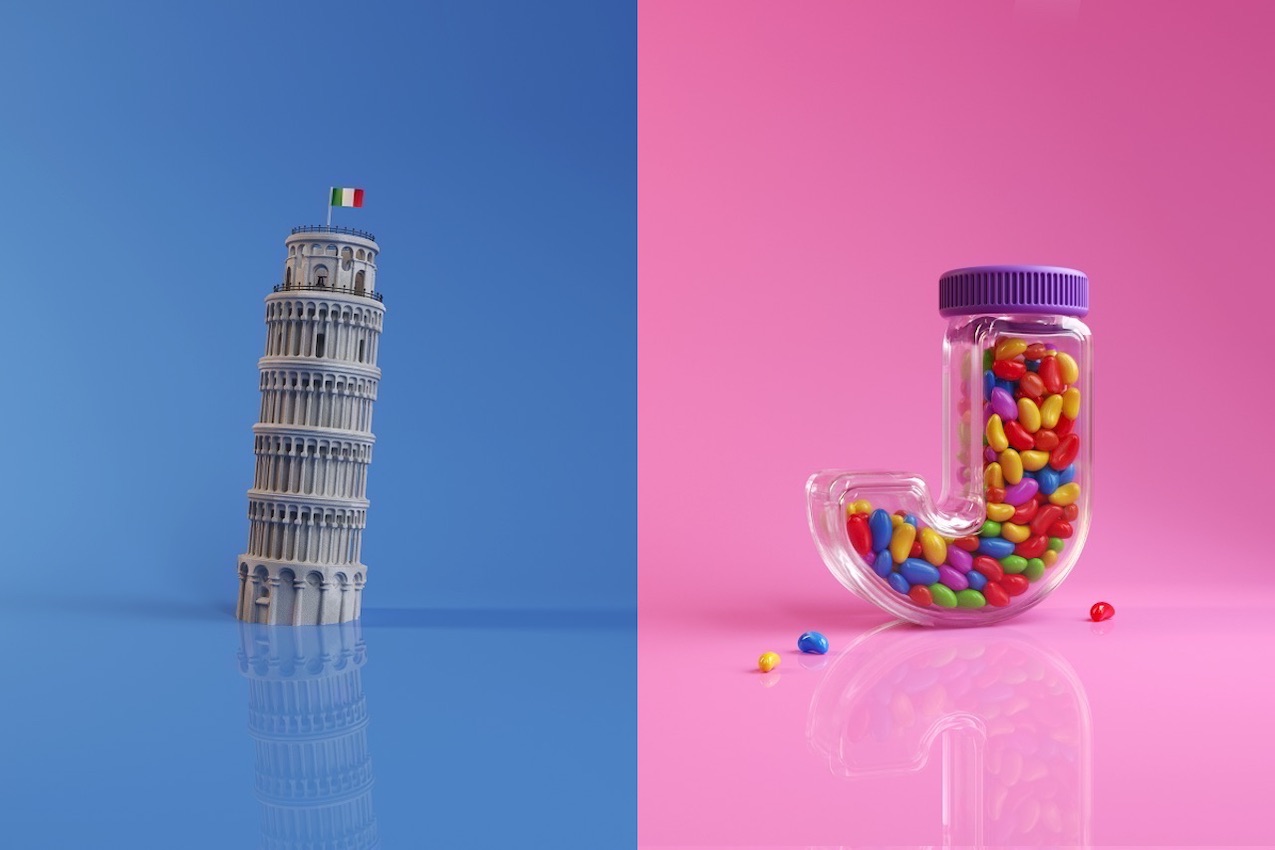 Leaning Tower of Pisa is the choice of symbol for I while a J-shaped bottle is filled with jellybeans. THE upside-down K-shaped tomato ketchup is obviously after a bottle of Heinz tomato ketchup. Mario’s signature blue overalls with red shirt combo are the inspiration for the letter M. 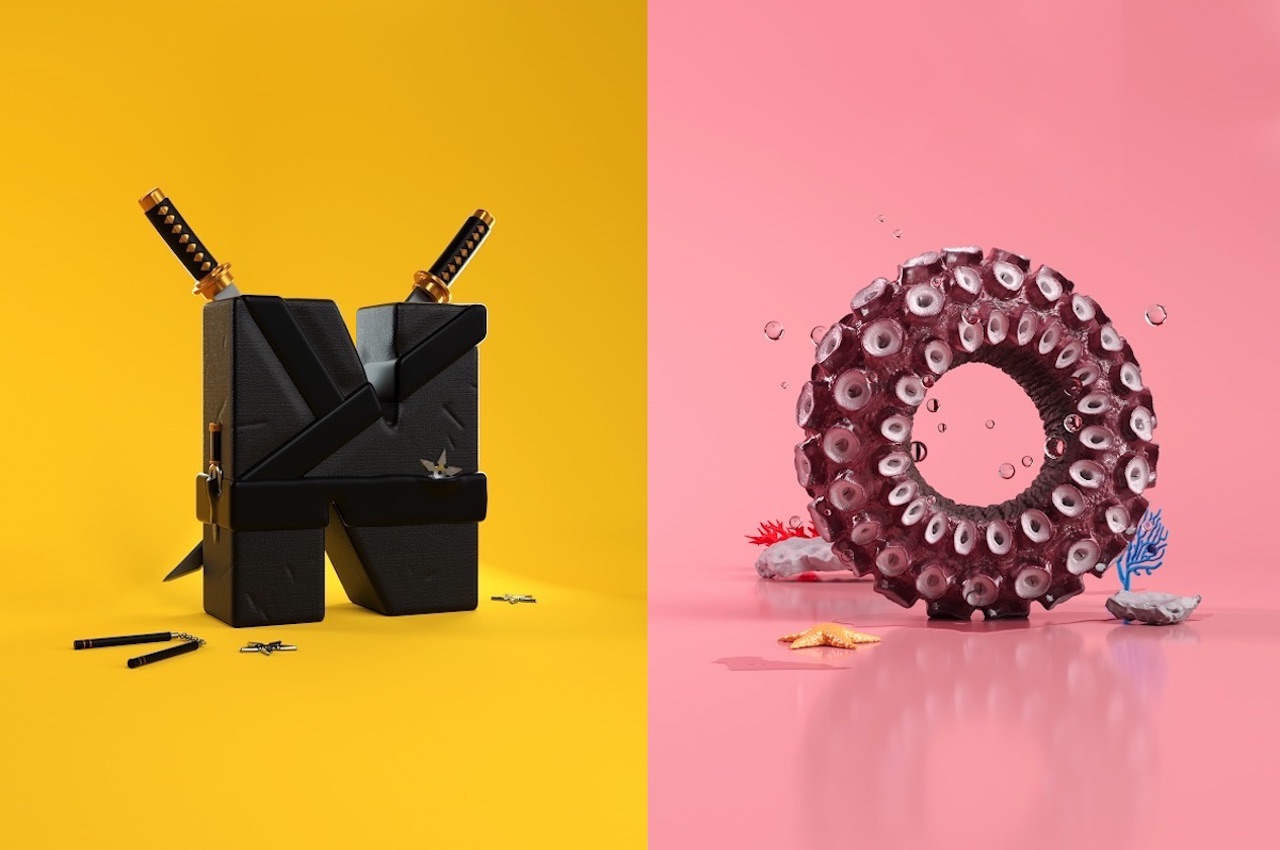 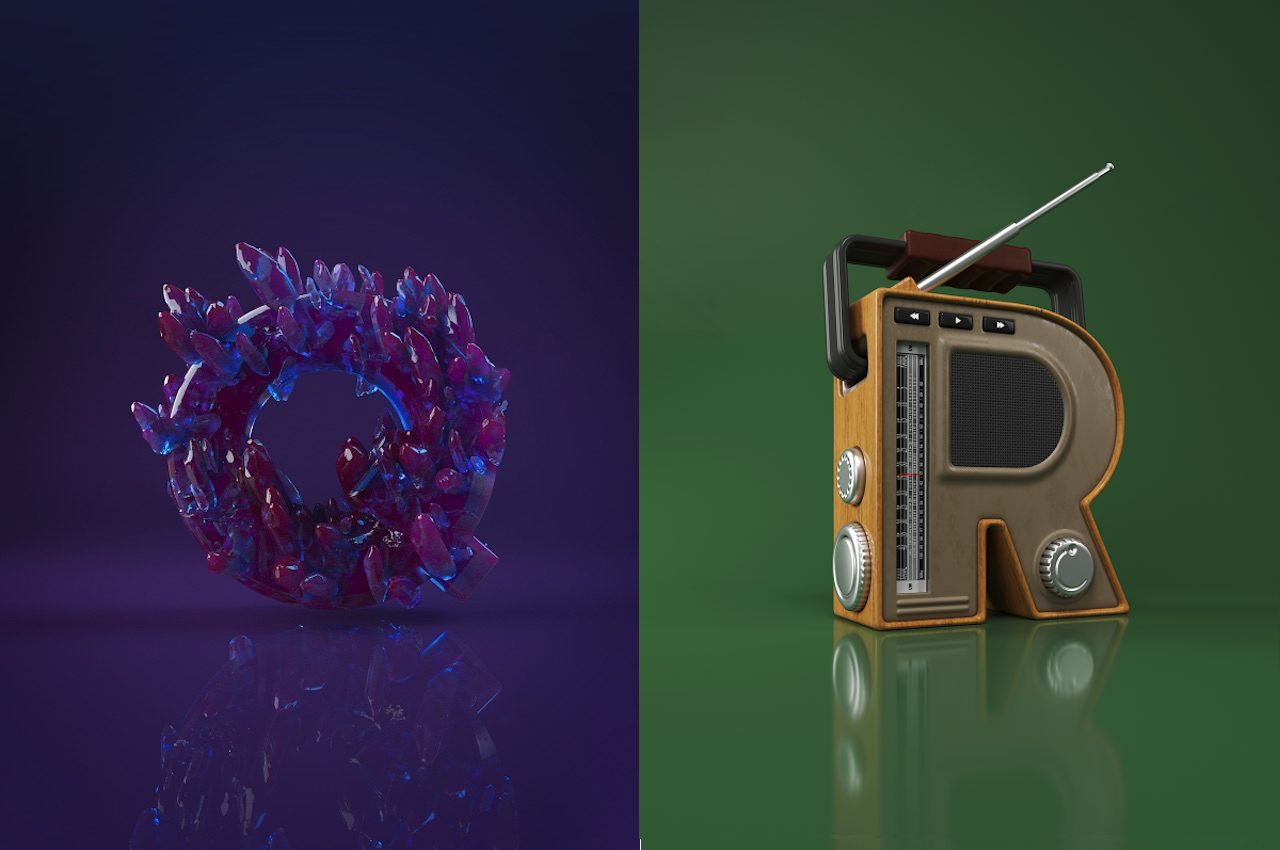 N is nicely rendered with ninja accessories. The O shape looks more like a donut. The Q-shaped quartz looks unique while the R radio is something we want to see become an actual product. 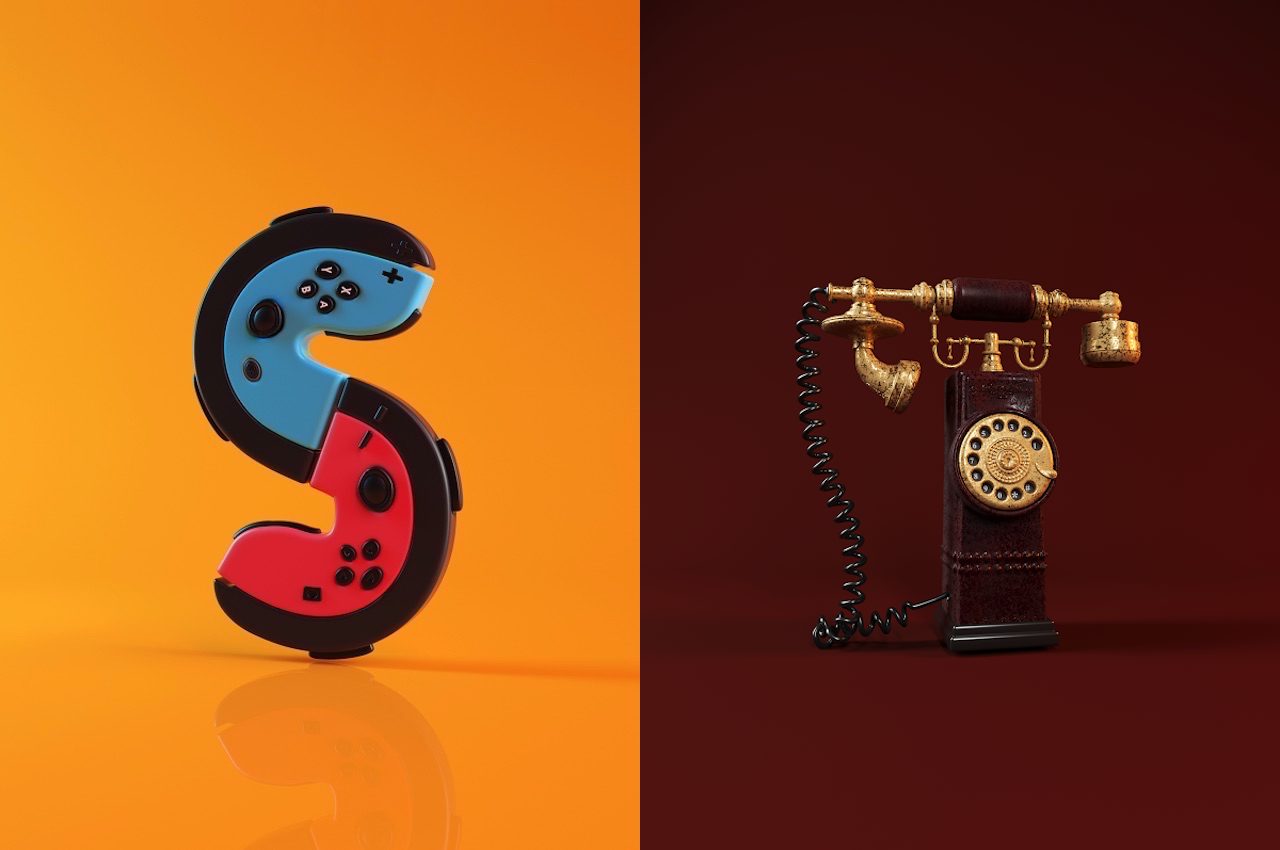 An S-shaped Nintendo Switch is possible. The T telephone may remain a novelty because nobody ever really uses a landline phone. The U unicorn doesn’t have eyes or maybe they’re just hidden. We can’t quite figure out how a V videotape will work. The watermelon and xylophone are obvious designs. 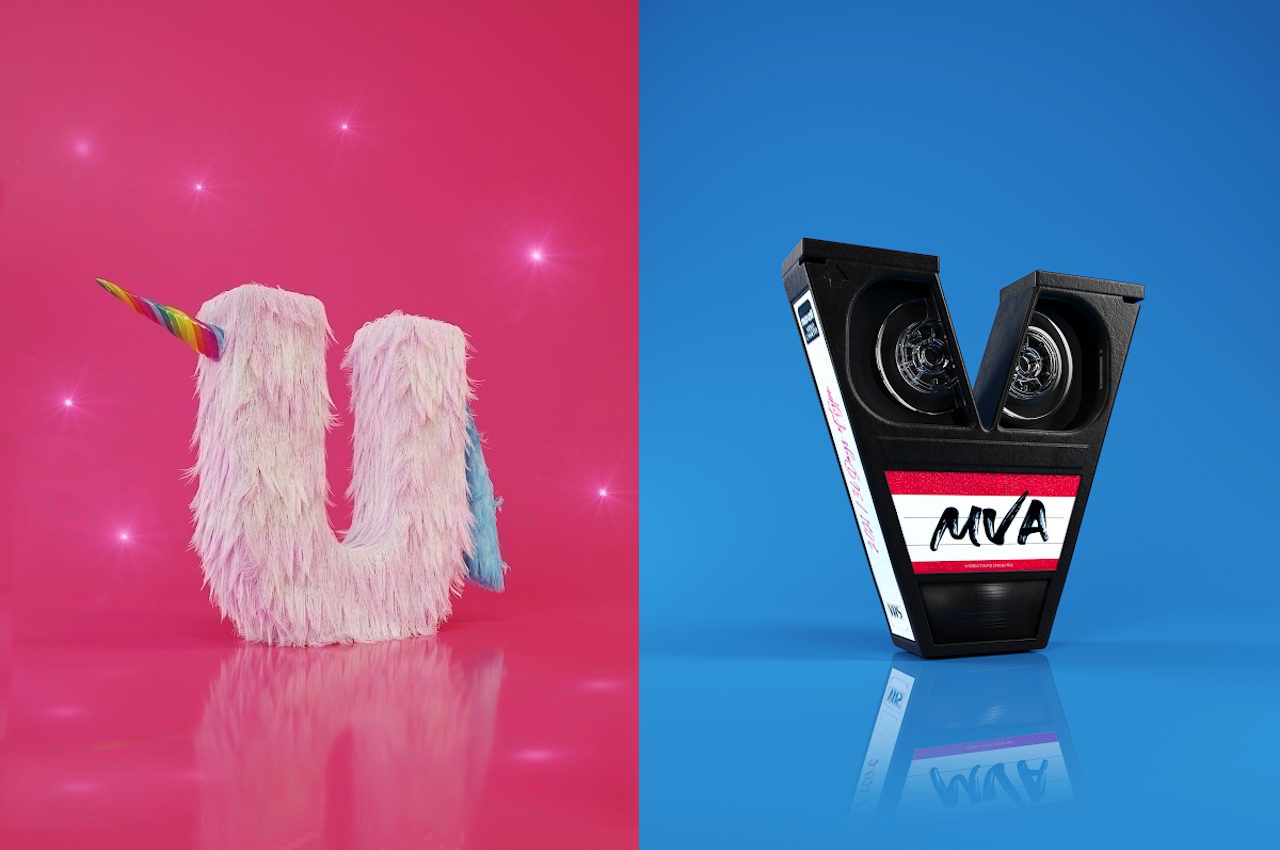 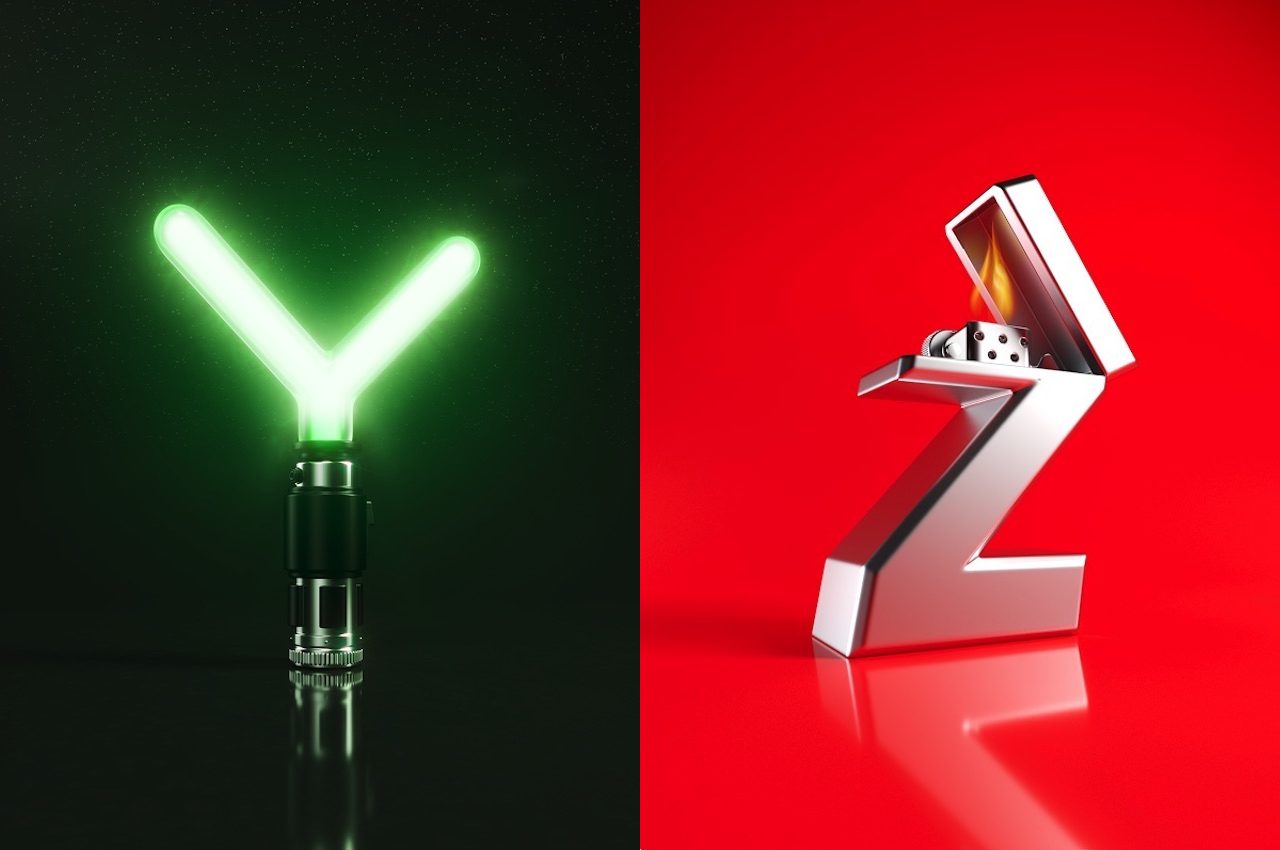 A Yoda saber can be blinding. The Z Zippo lighter must be used responsibly. Some letters of the alphabet are not posted on OpenSea yet but we recognize the L lego, P PlayStation, B Basketball, and F football. Each letter has a corresponding cost. Starting price is $0.01 while the most expensive we see is at $0.4 for the Nintendo S Switch. 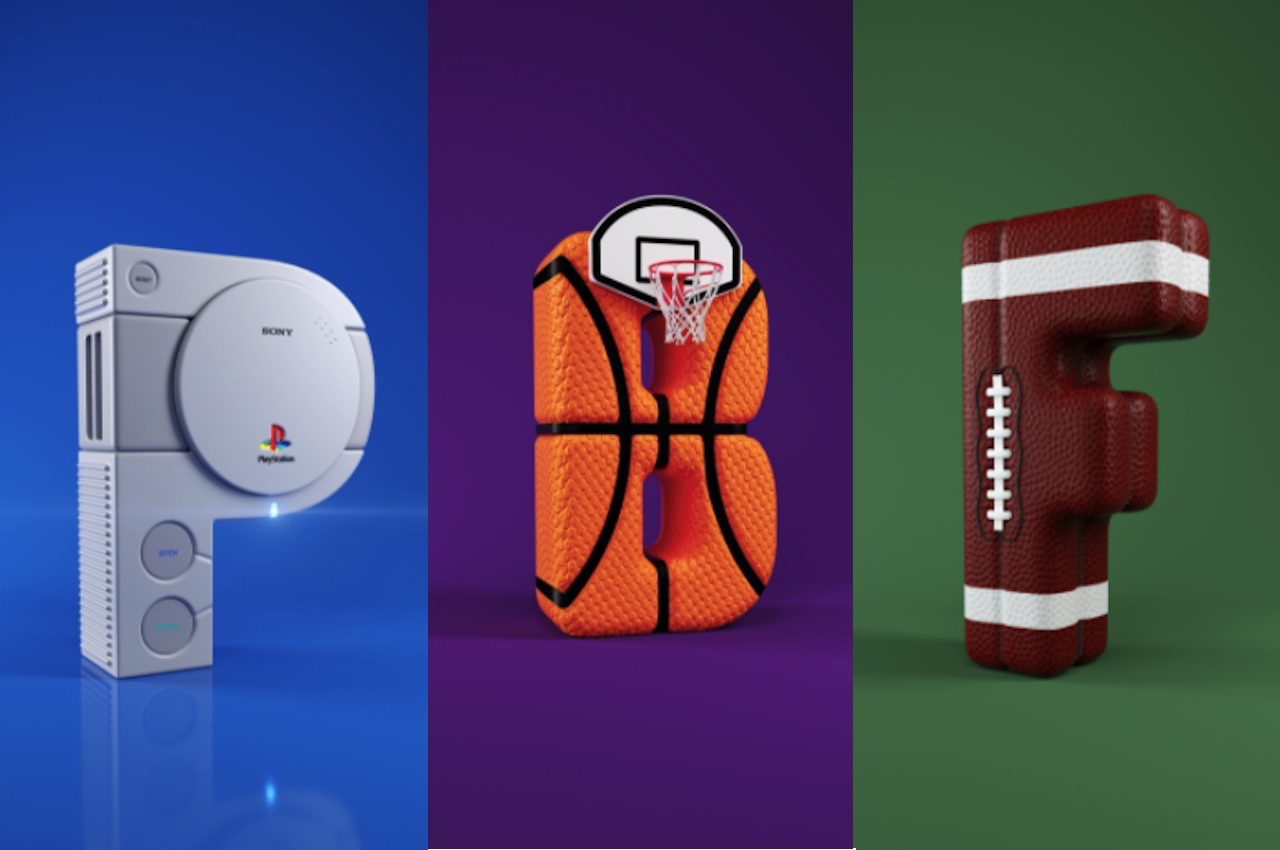 This Apple Watch Case is perfect for #throwbackthursday

Don’t you love the artwork a barista creates in your coffee? I adore it and try to keep the foam intact until the last drop….

A Radio For Treehuggers

It’s a wooden log and a radio. That ain’t all folks. It’s also solar powered and if Mr. Sunshine isn’t happy that day, there’s a…