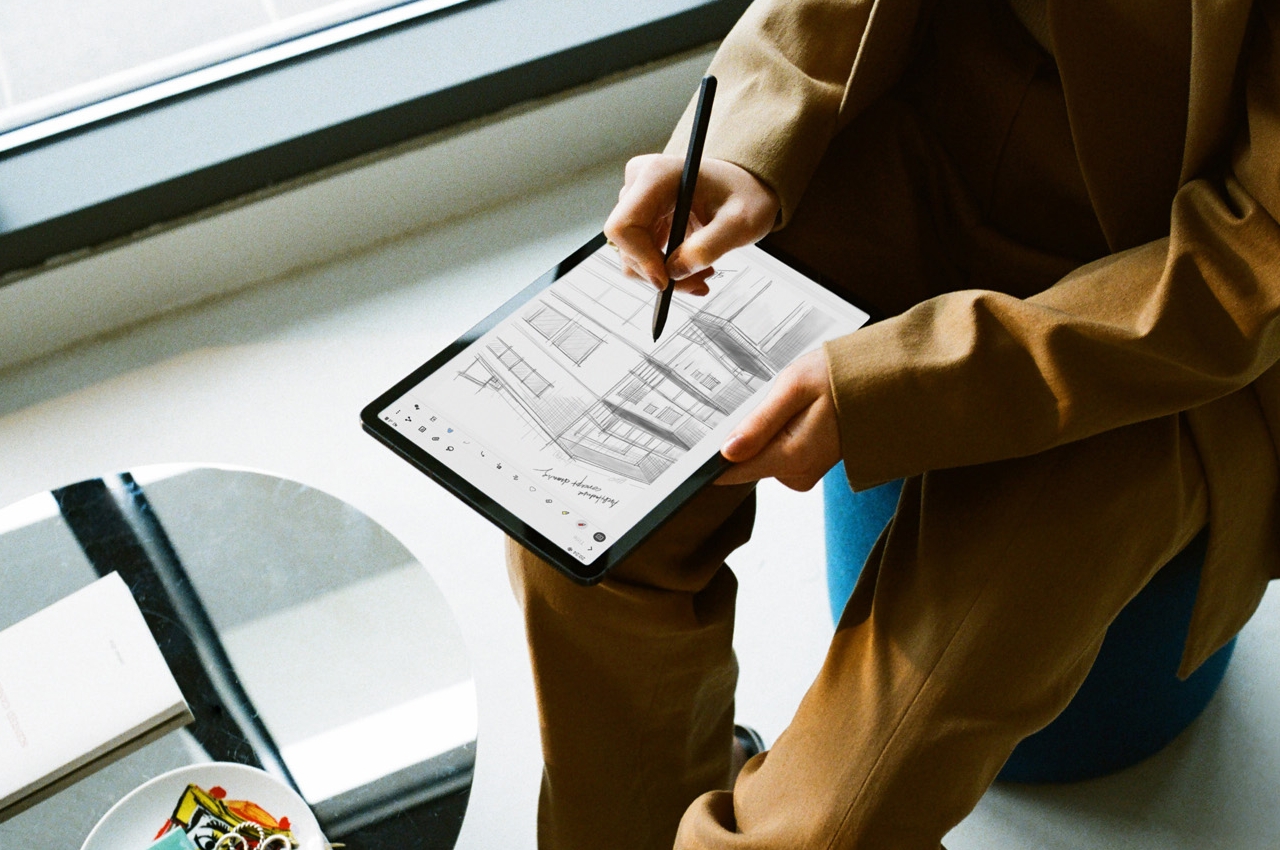 Android tablets come in a variety of sizes and prices, making them easily accessible to a wide range of people. Although they have been in the market for years, only a notable few have reached iPad Pro status, especially when it comes to being an important part of creatives’ workflows. There are, of course, some Android tablets, like Samsung’s top-end line, that come with all the bells and whistles you’d need for working on the go, but navigating Google Play Store for noteworthy, not to mention safe, apps can sometimes be a daunting prospect. Product designers on Google’s side of the fence need not fret, though, as we have here five of the best apps that can let you exercise your creative juices anywhere you have your tablet or even phone with you.

Designers don’t always think within confined spaces when brainstorming or sketching out ideas. Although most are used to the boundaries imposed by physical paper, many probably wished they had an infinite canvas to explore ideas with. That’s impossible to pull off in the physical realm, of course, but there’s little reason you can’t do so with apps.

This infinite canvas is the cornerstone of Infinite Studio’s twin apps, Infinite Designer and Infinite Painter. As their names imply, each caters to specific audiences and needs. Both, however, have some features in common, like that infinite canvas, as well as a configurable user interface you can move around to fit your workflow. Both apps are also free to use with in-app purchases to unlock some functions. 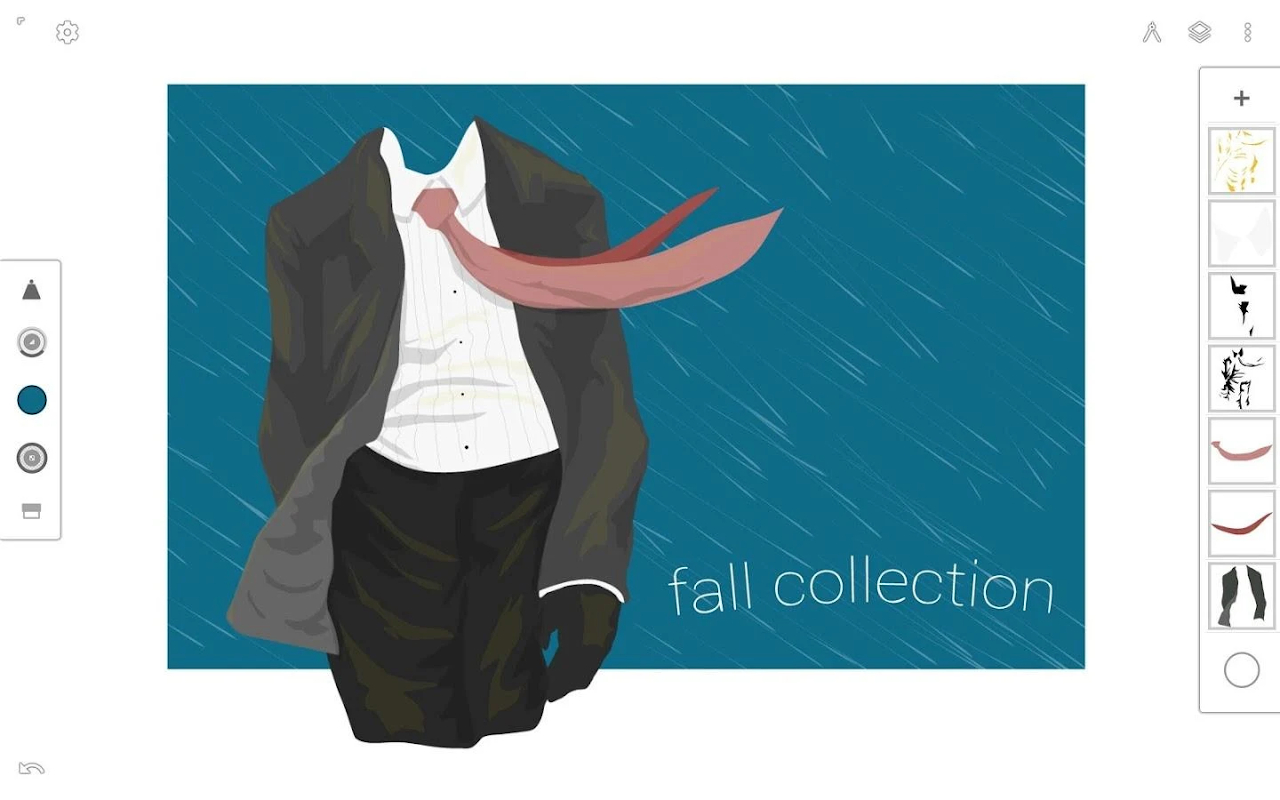 Infinite Designer works with vector shapes and lines to create forms that you can tweak with fine precision. It has some features created specifically for designers, like text tools and perspective guides. Infinite Painter, on the other hand, is designed for those with more artistic inclinations, especially those that need to create their own brushes for painting textures. 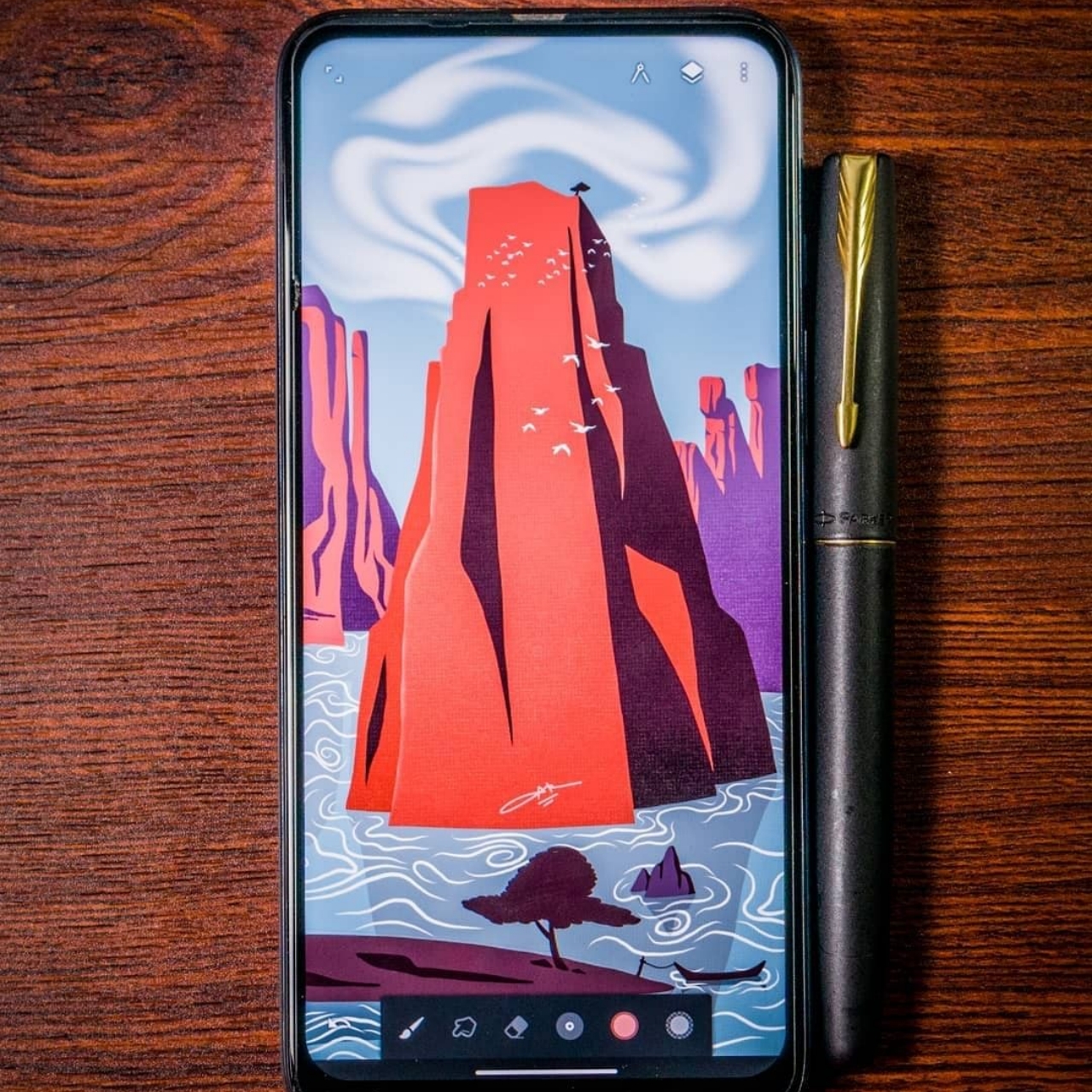 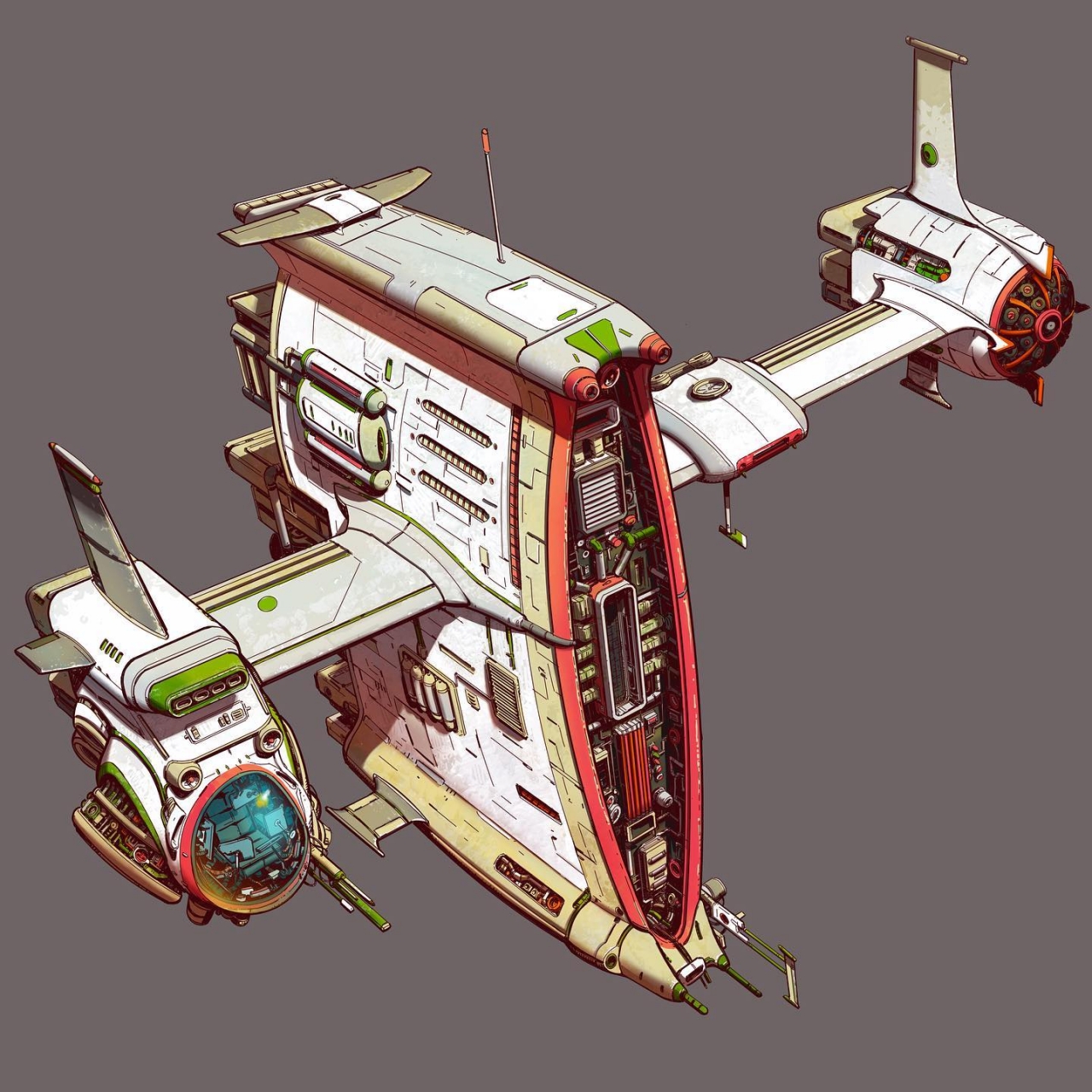 Just like Infinite Design, this app’s name clearly screams “concept design.” What started out as an iOS-exclusive eventually made its way to both Windows and Android, giving designers a new and powerful tool to give a visual form to their thoughts. And just like Infinite Canvas, Concept’s key feature revolves around its infinite canvas. 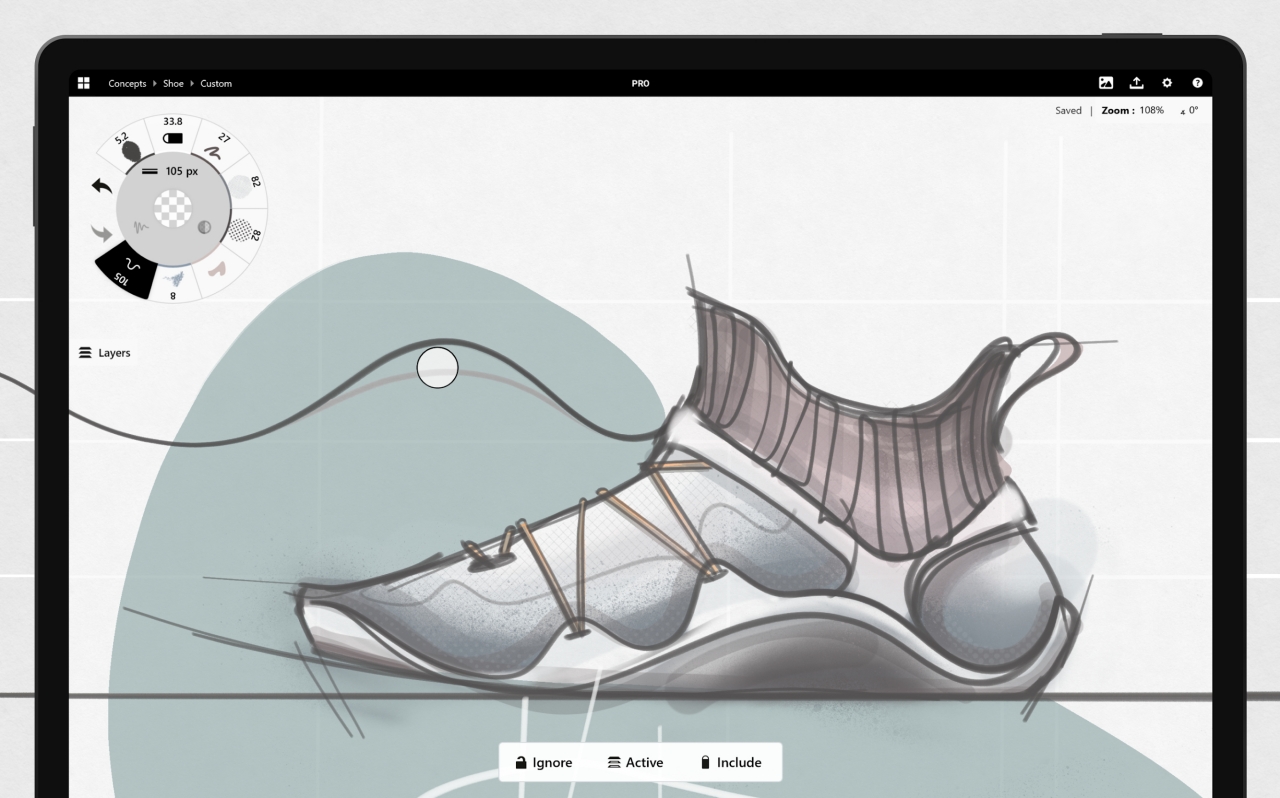 Concepts‘ drawing tools mostly revolve around vector shapes as well, but it has a larger set of brushes that would make artists also feel at home. Ever since day one, the app’s designer focus has been a selling point. Concepts’ implementation of its color wheel as a COPIC wheel is definitely still a unique feature. 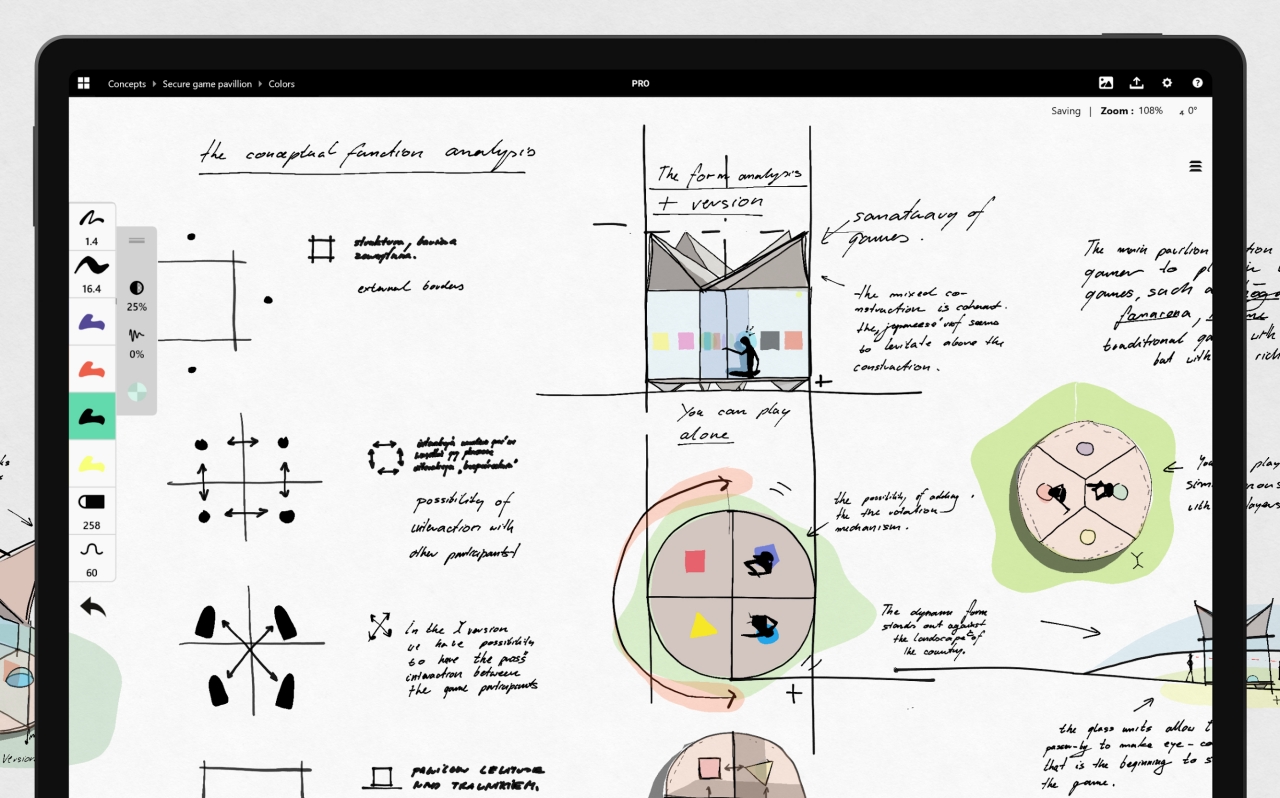 Concepts does have a rather unusual pricing scheme that might put off some Android users. It’s free to use with a number of features that can each be unlocked with separate in-app purchases. However, there’s also a monthly or annual subscription option that delivers even more, which can be handy for those really knee-deep in using this app. 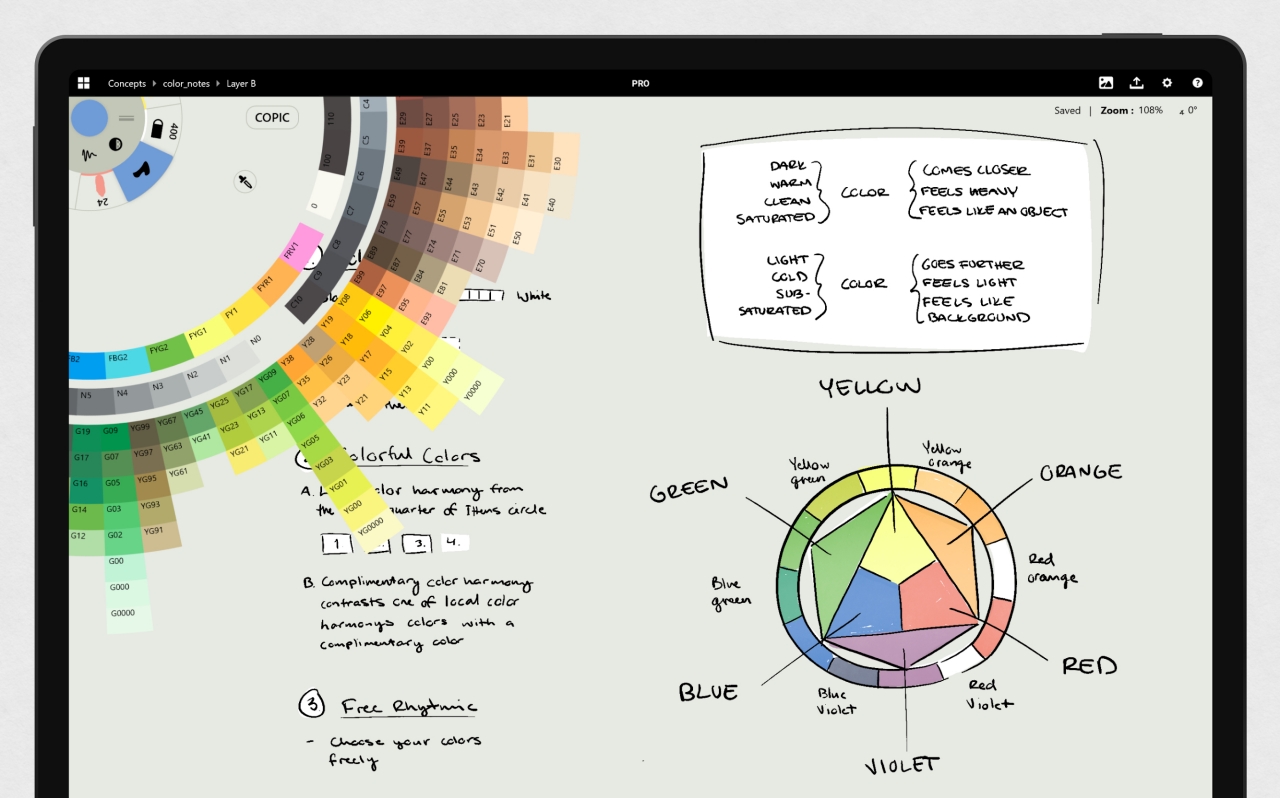 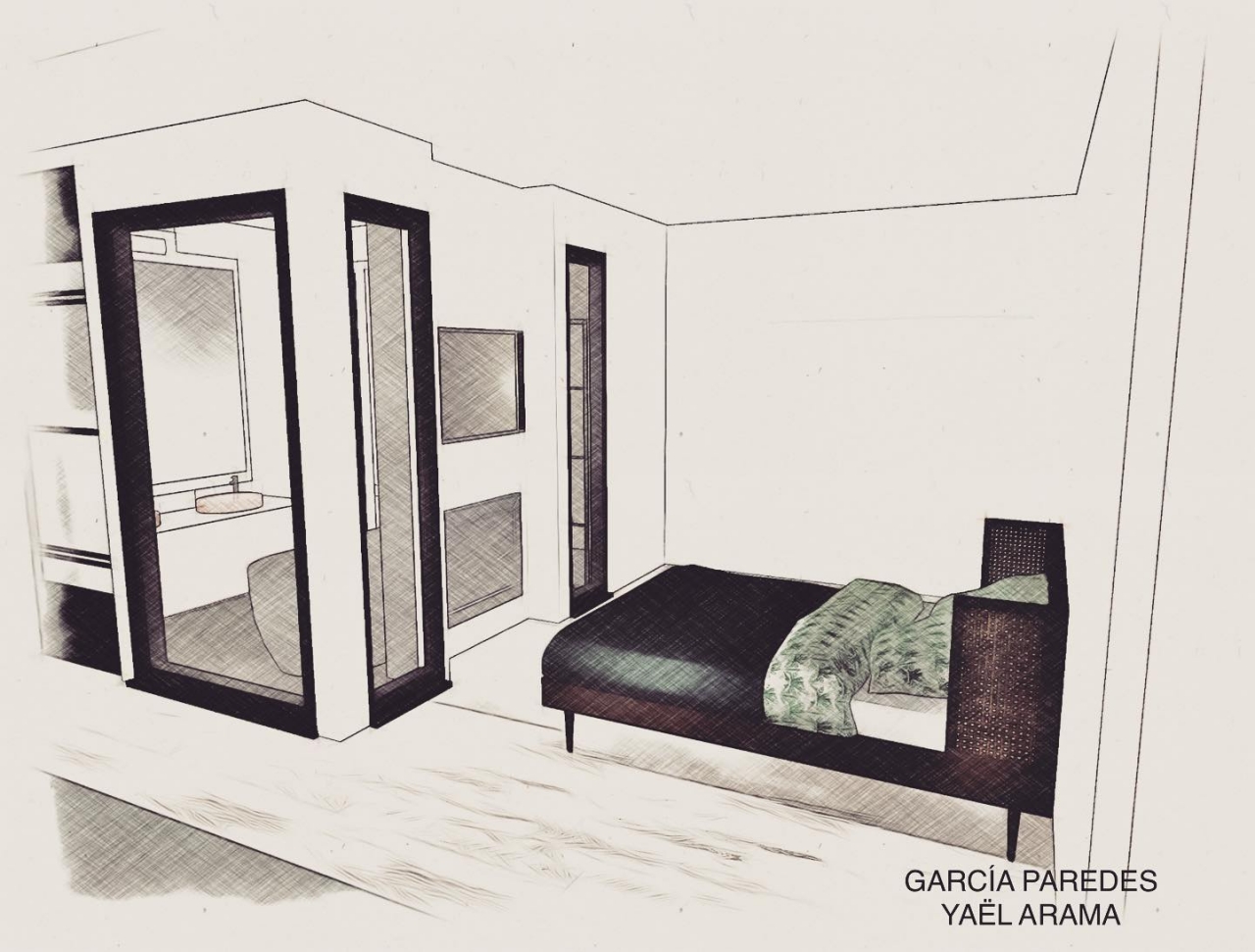 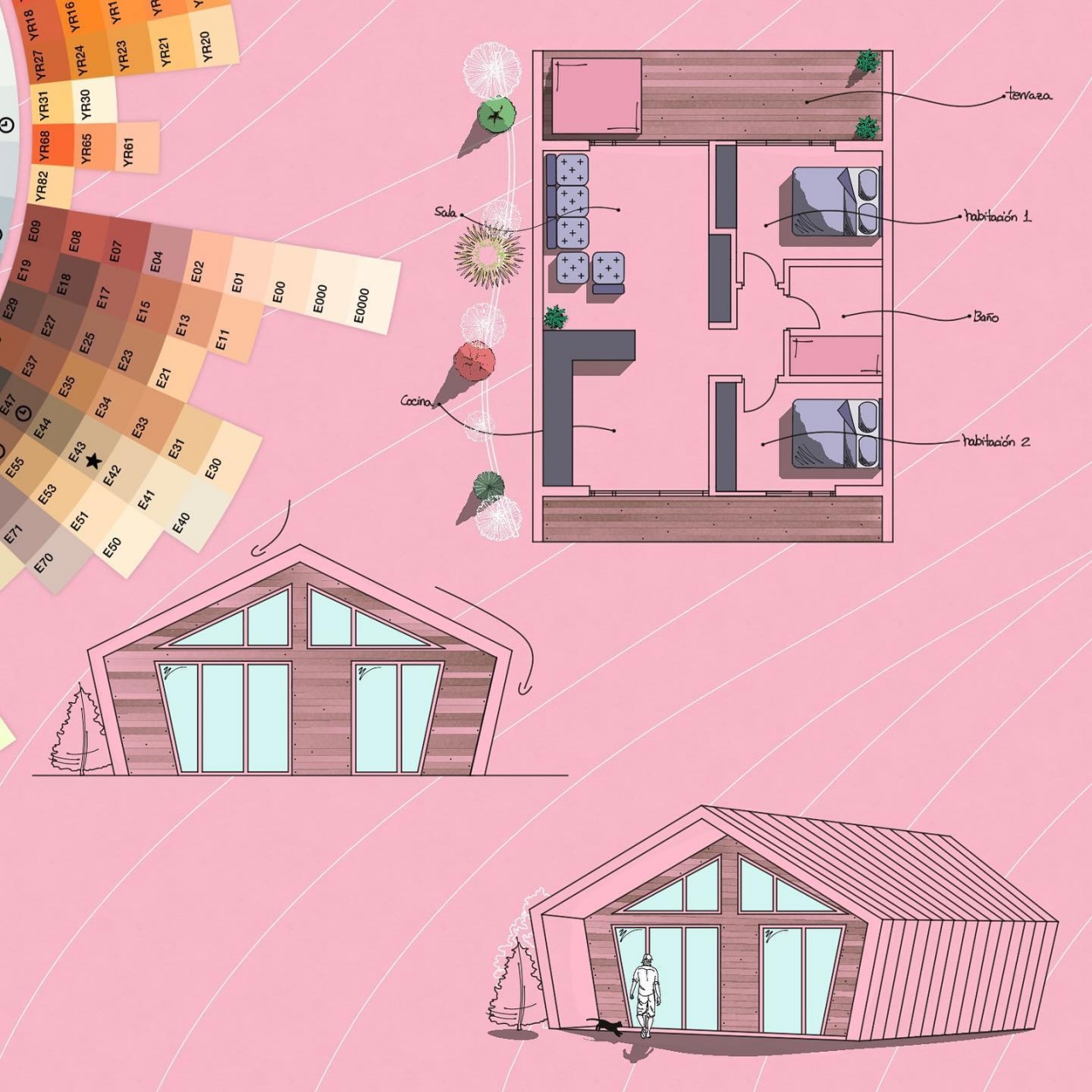 Just like Adobe, Autodesk doesn’t need much introduction among designers and digital creatives, especially those who depend on CAD software for their living. At one point in time, its Sketchbook was even regarded as the de facto drawing app on mobile devices in the absence of Photoshop. Sketchbook is now its own company, but it didn’t lose any of its capabilities. In fact, it might have gotten more. 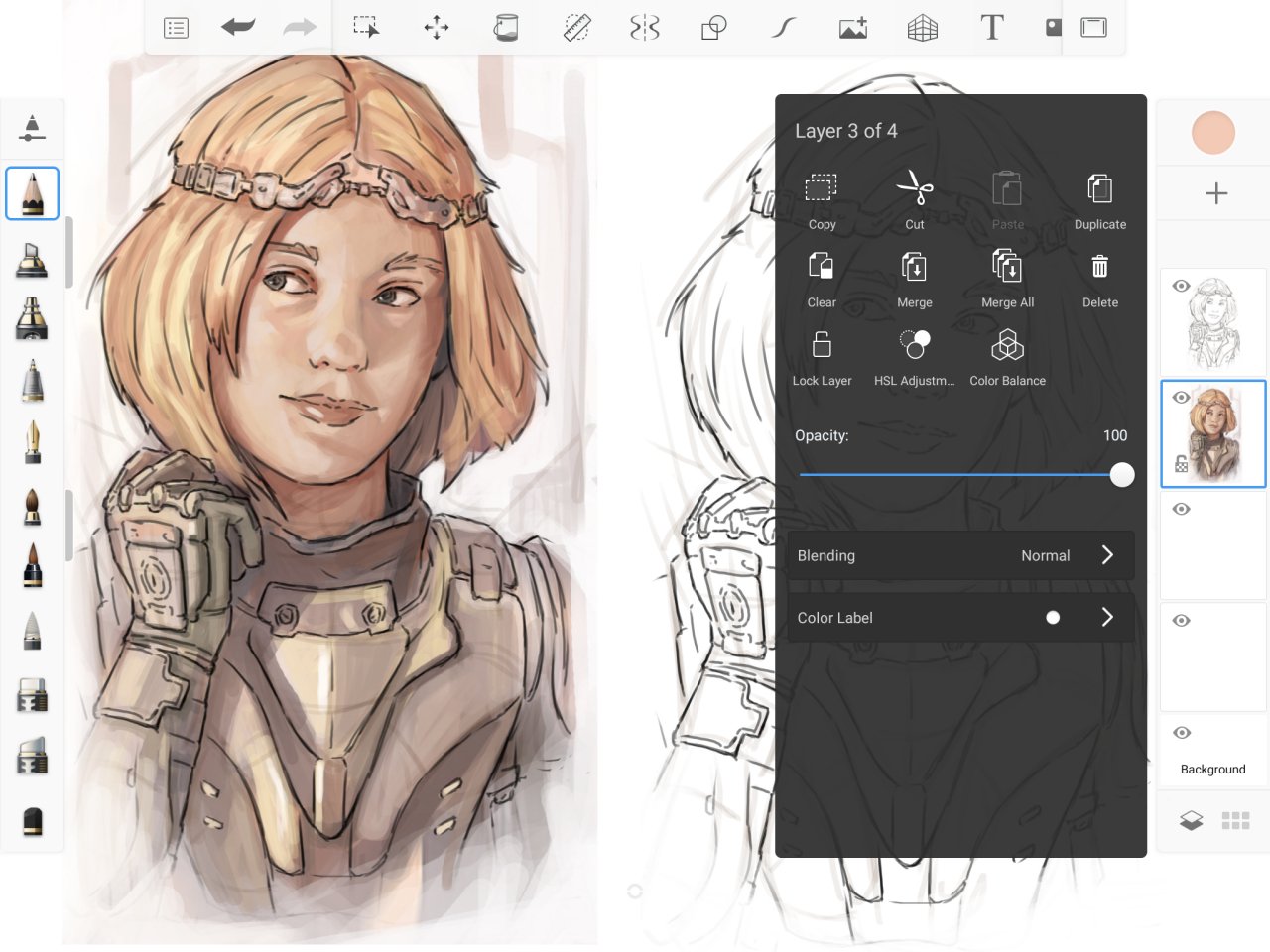 All of Sketchbook’s features are now available to all users, absolutely free of charge. Those include dozens of brushes that each can be customized to fit a designer’s needs. Symmetry tools, rules, and guides help give some structure to sketches, and blending modes let artists exploit a large number of layers as much as the device can support. 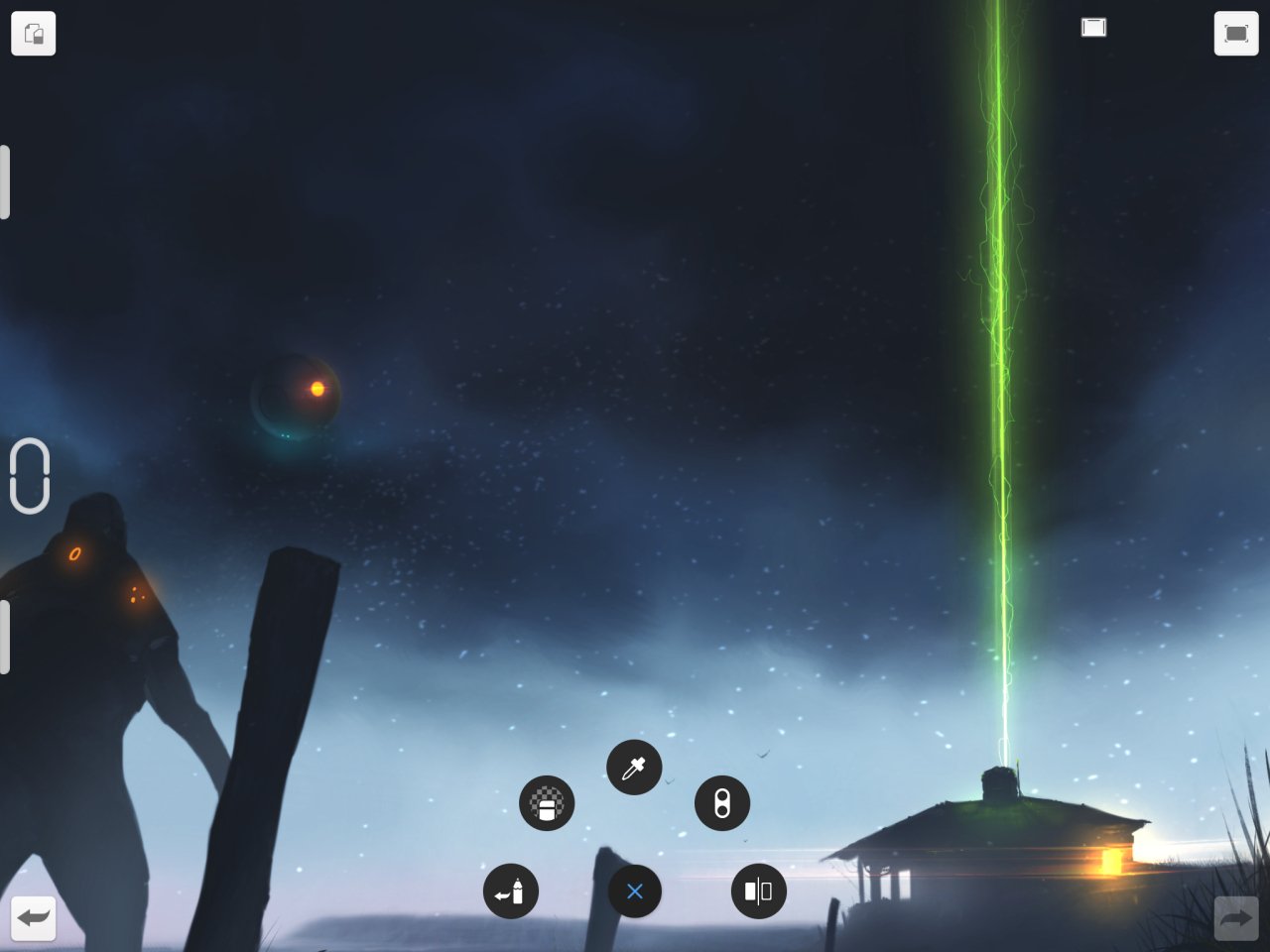 One of Sketchbook’s key strengths has always been its simplicity and cleanliness, with the UI quickly getting out of the way once you put the tip of the stylus to the screen. Even the tool icons are designed to look clean and minimal, helping to reduce the cognitive burden when using the app. 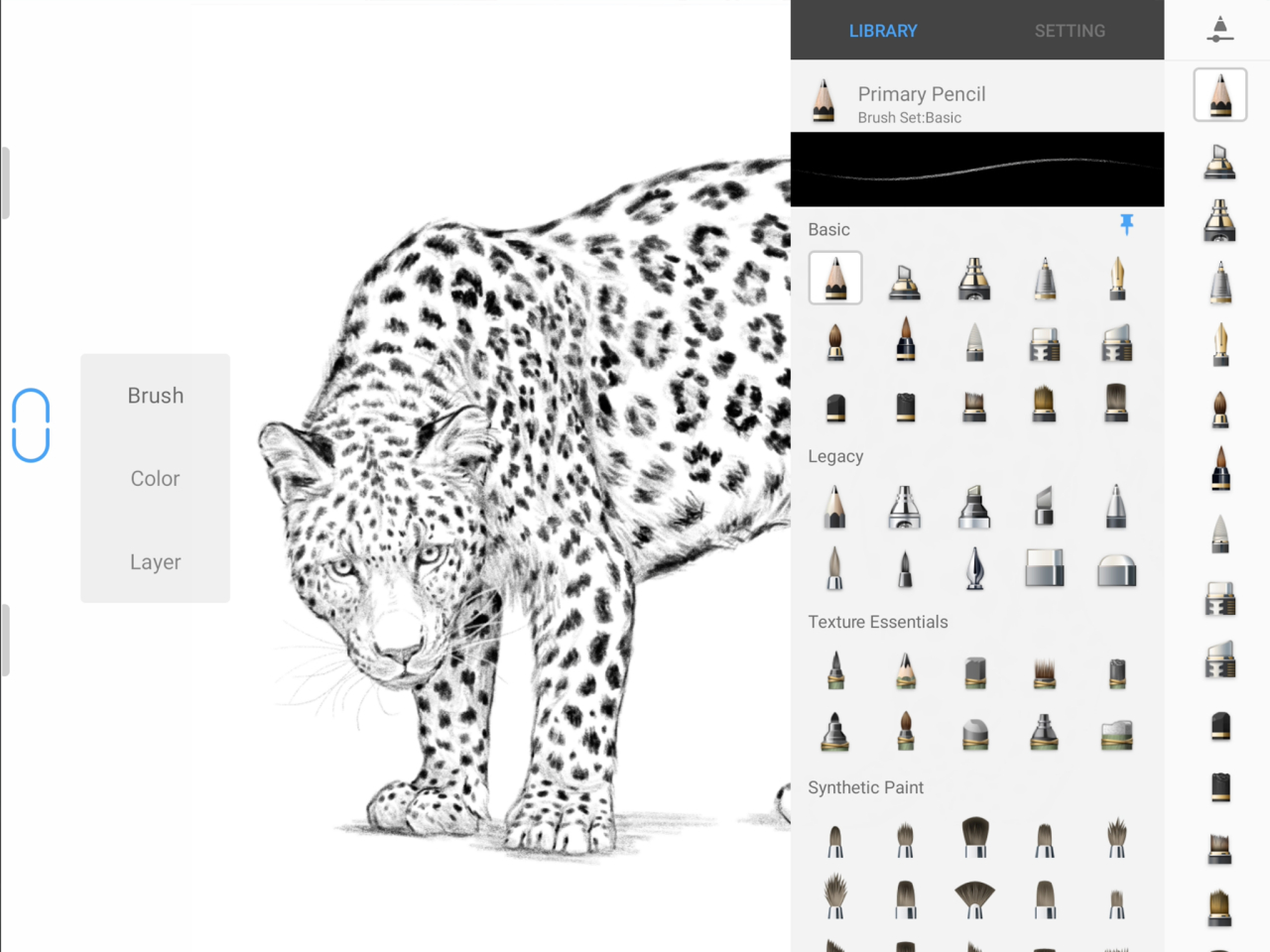 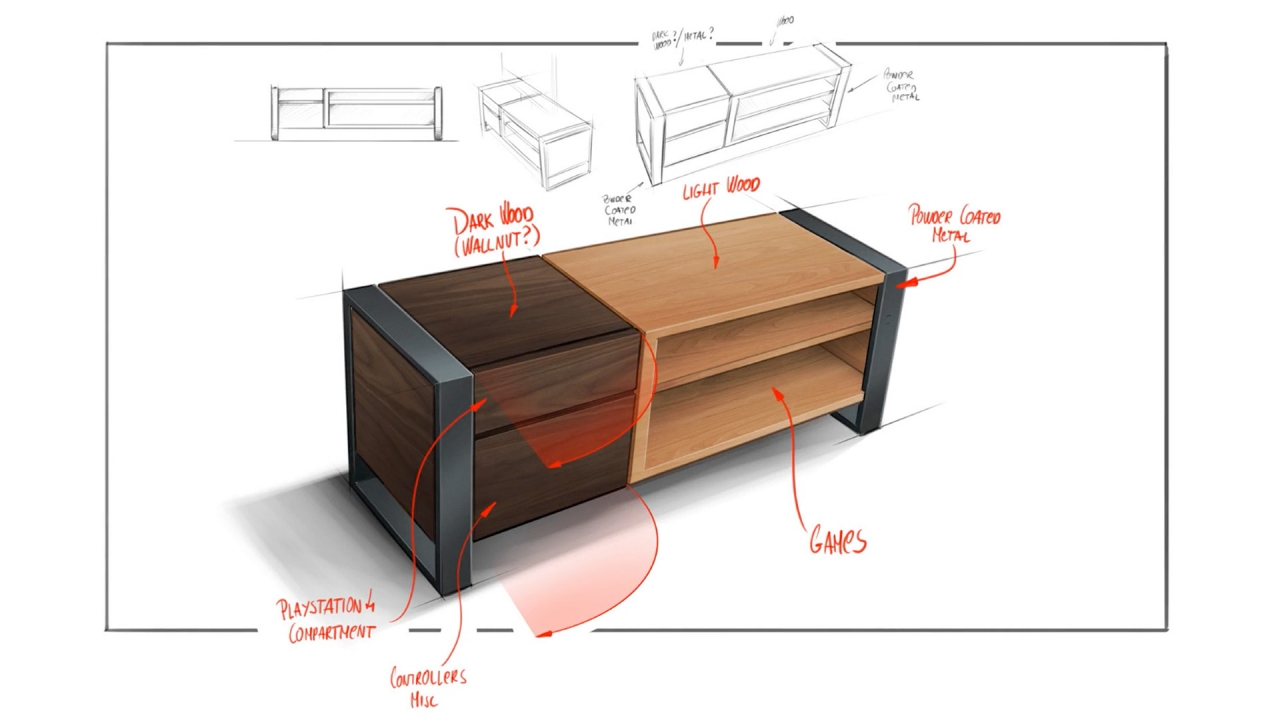 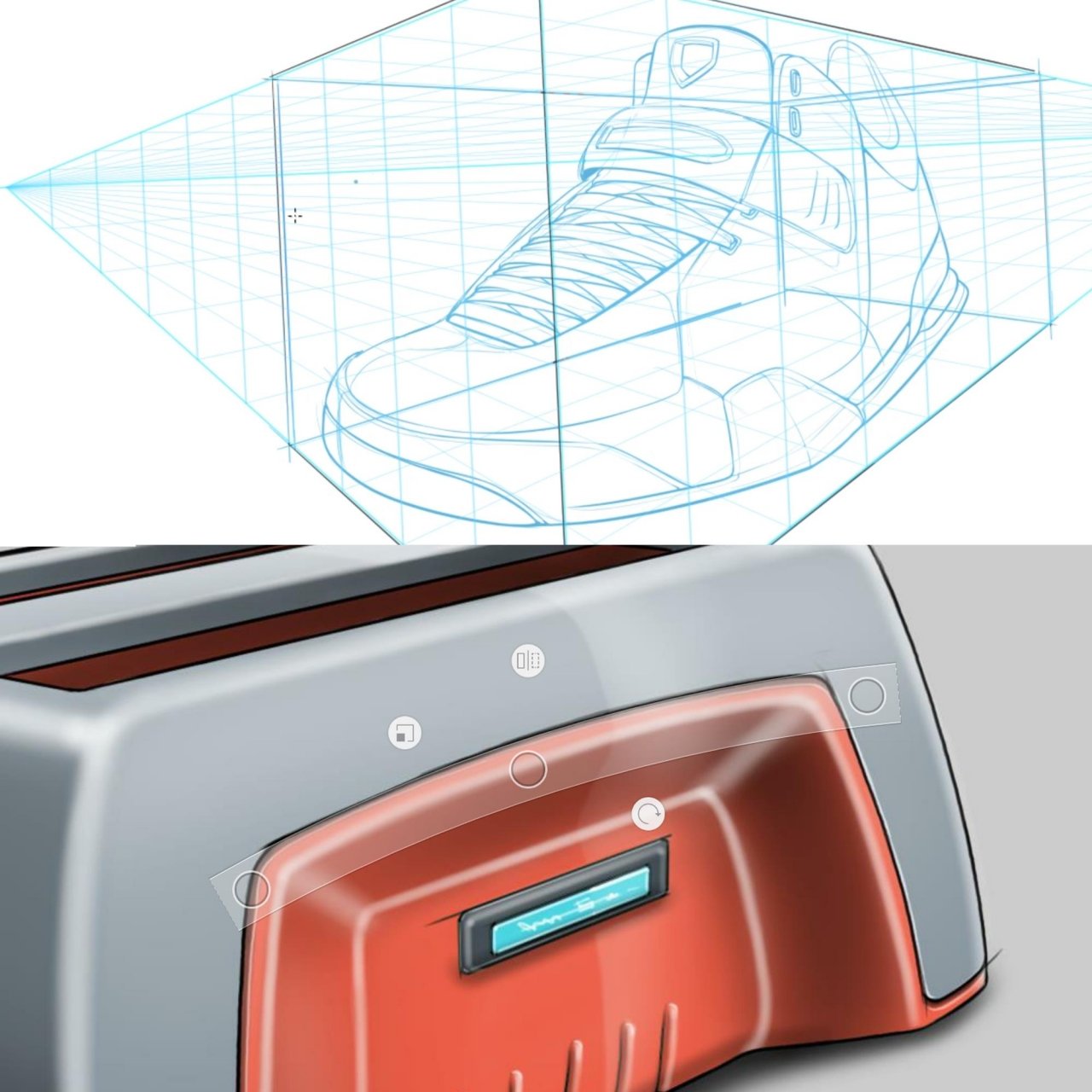 With Photoshop landing on iPads just a year or so ago, the chances of it arriving on Android are slim to none. While there are a few that have tried to fill in the gaps, Android sadly doesn’t have a household name like Procreate, at least not yet. Fortunately, designers have plenty of other options available, especially when they need painting tools more than photo editing ones.

Clip Studio Paint is actually one of Photoshop’s biggest competitors in the digital illustration space, and it is now available on all the major platforms, including on Android phones and tablets. It is actually one of the go-to solutions of illustrators and comics artists because of its wide array of tools specifically designed for those use cases. These same tools are, of course, also useful in sketching design concepts or preparing final illustrations for presentation. 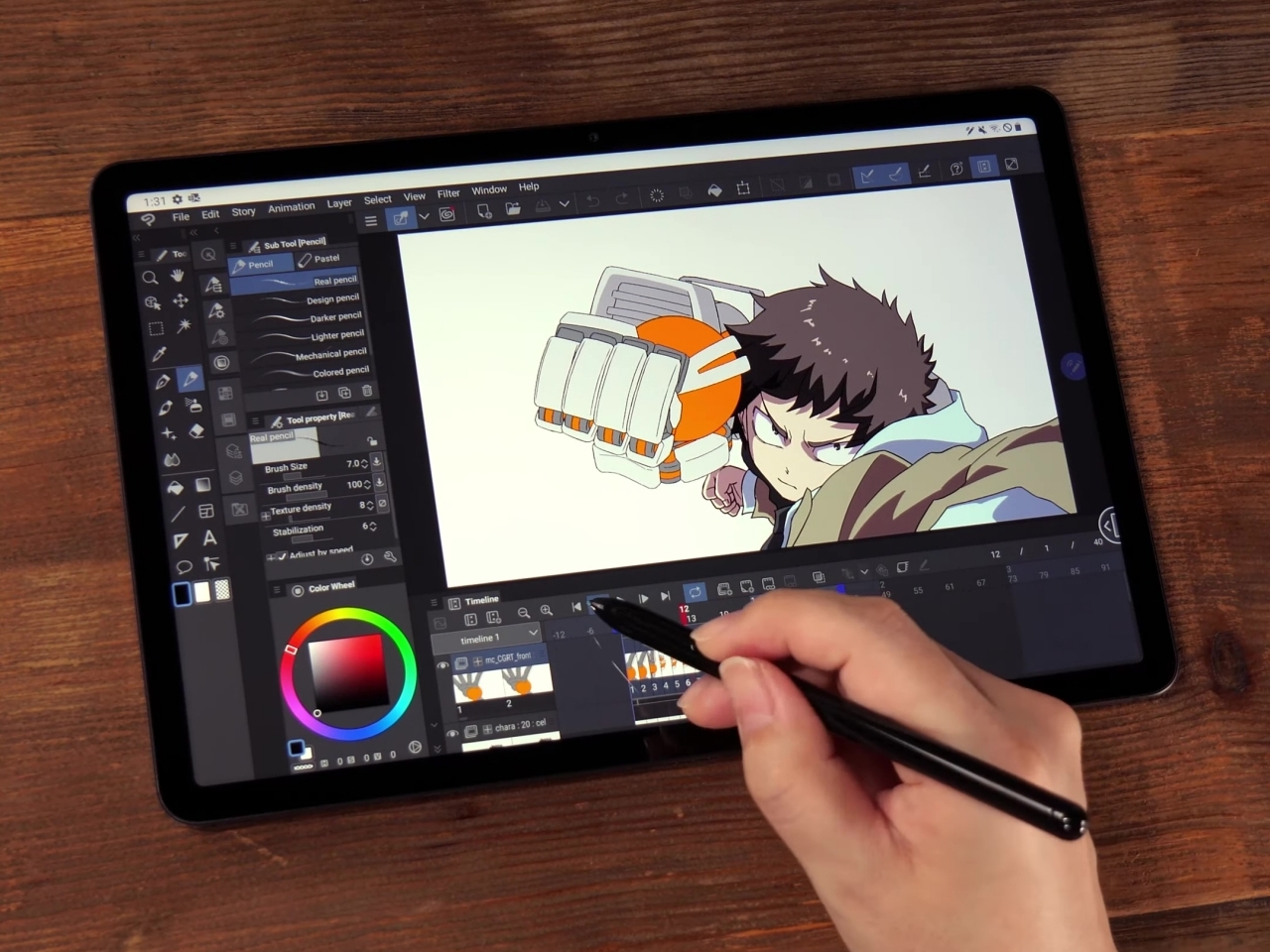 The one catch to Clip Studio Paint’s powerful arsenal is its rather confusing pricing scheme. Although there’s a free trial available, further use of the app requires a subscription that differs according to platform or type (PRO vs. EX). New owners of Samsung’s Galaxy phones and tablets, however, do get some special treatment with a 6-month free trial unavailable to other brands. 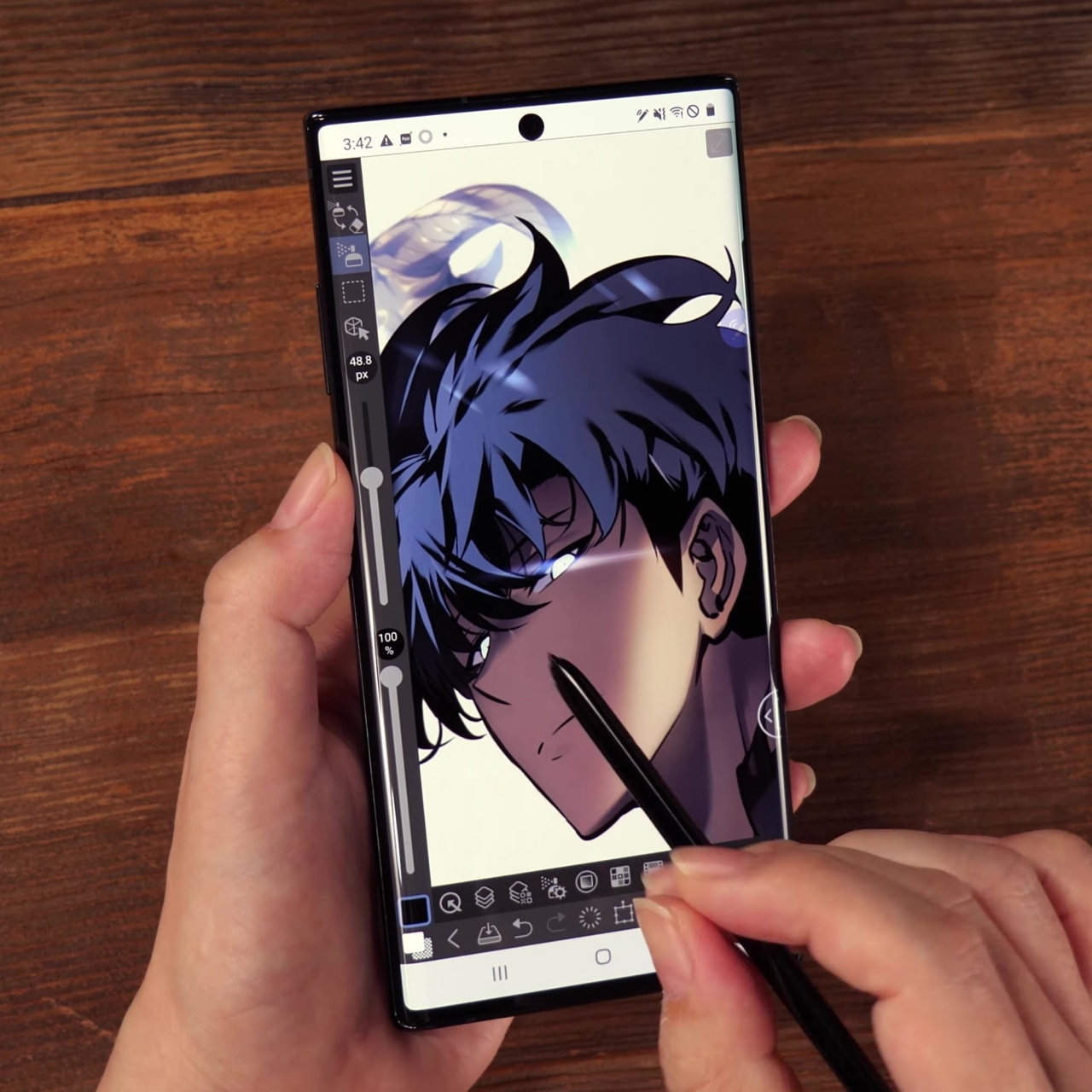 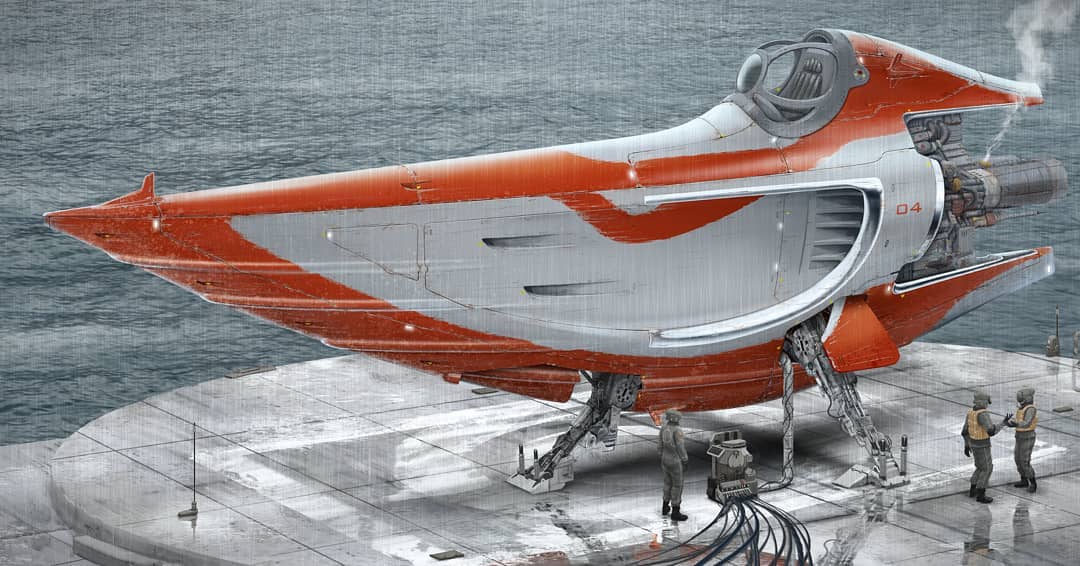 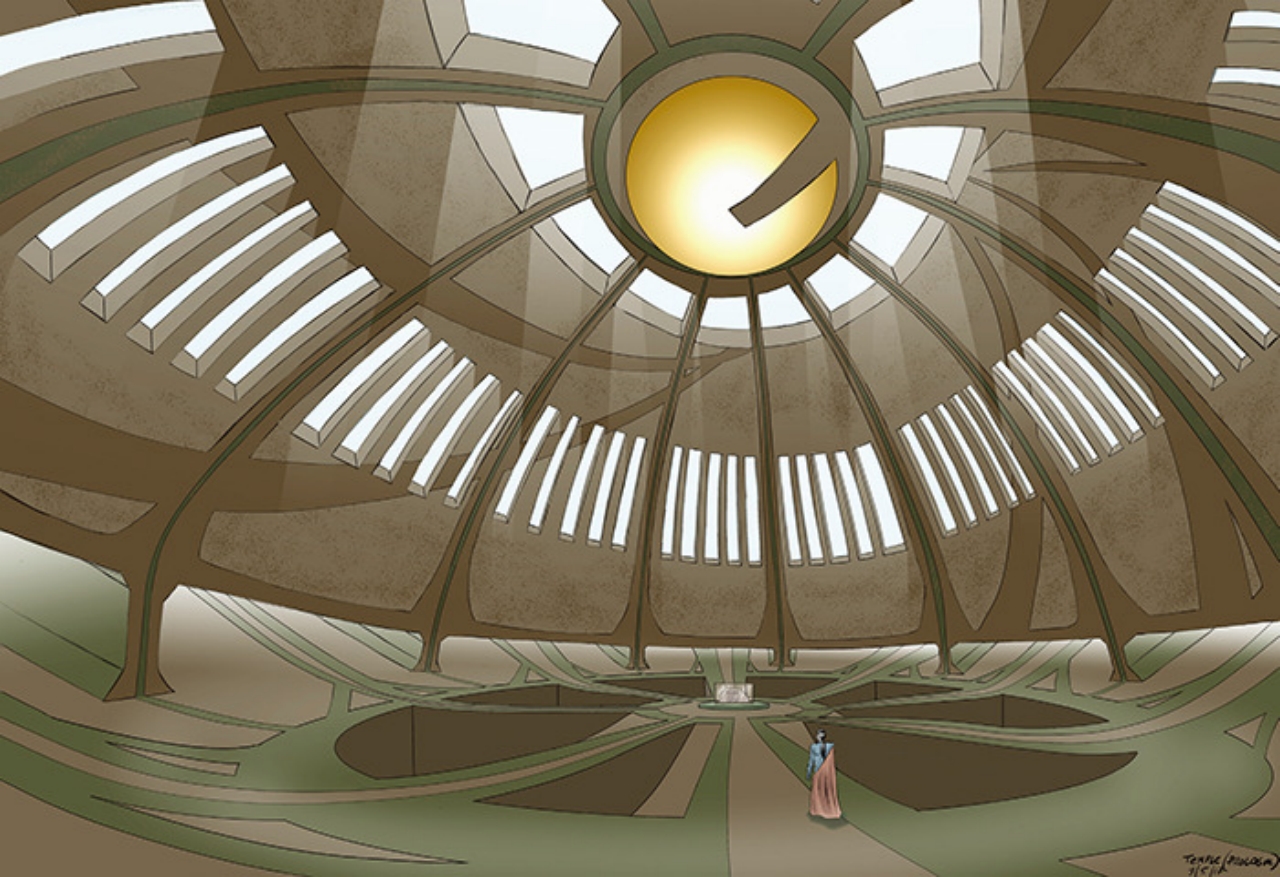 Almost all the apps above except Sketchbook come with a price, whether hidden or explicit. Free apps get a lot of flak because many of them are cheap in price and quality. That’s not to say there are no exceptions, and Krita is definitely one of them. 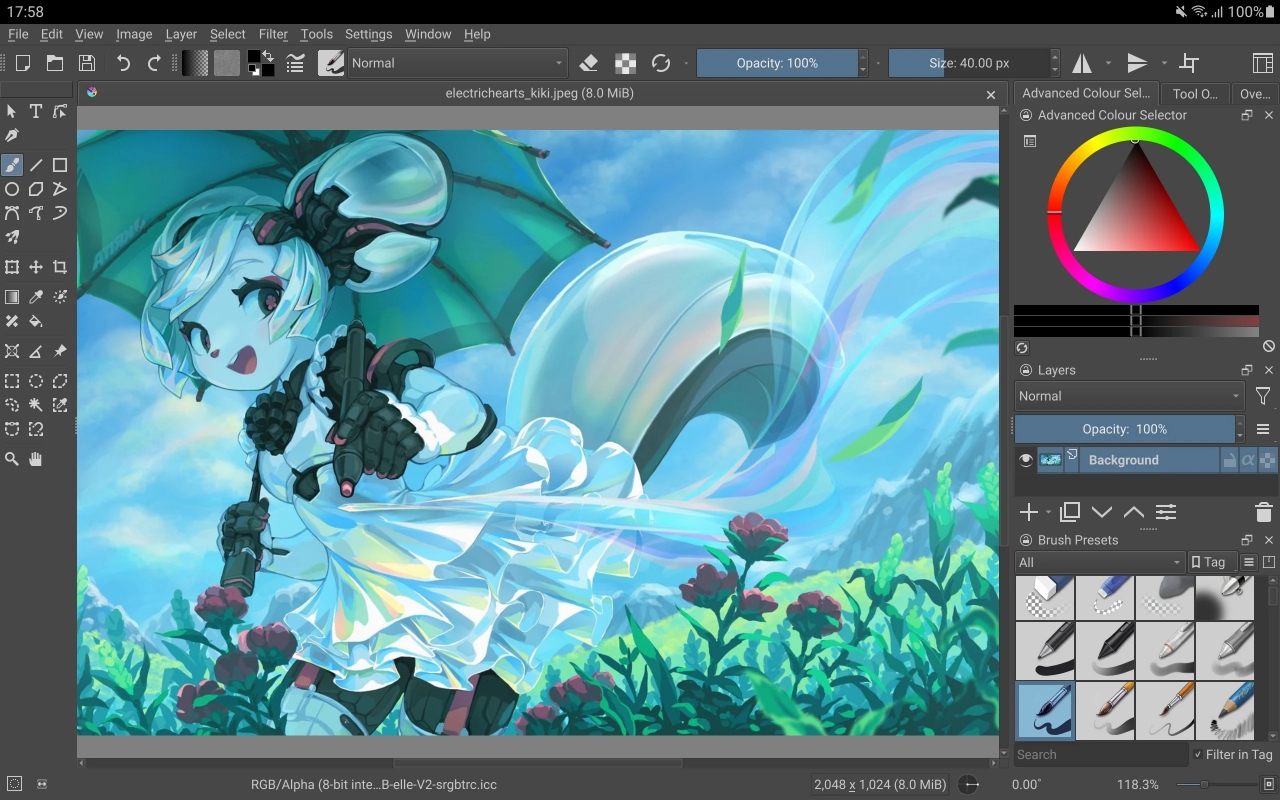 On desktops, Krita has become a strong contender in rivaling Photoshop for artists and designers. It has a strong set of tools for digital art creation, including an animation feature. Krita is also “free as in speech,” in other words, open source, with a thriving community of artists and developers making it grow at an astoundingly fast pace. 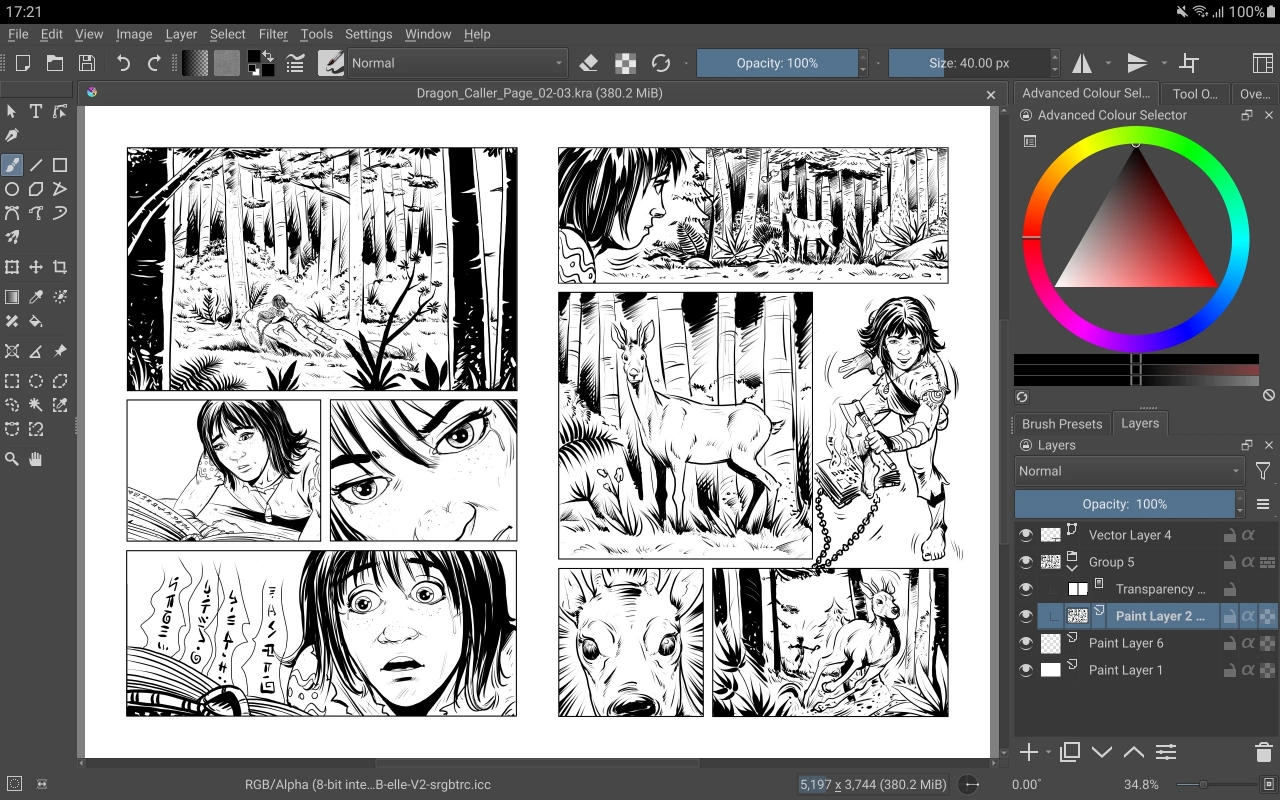 Although already well-established on Windows, Mac, and Linux, Krita is a newcomer to Android. It’s still available only in a beta release, but it is quite usable in its current state. More impressively, Krita on Android nearly has all the same features and capabilities as the desktop version, something that Adobe has yet to deliver for Photoshop on iPads. 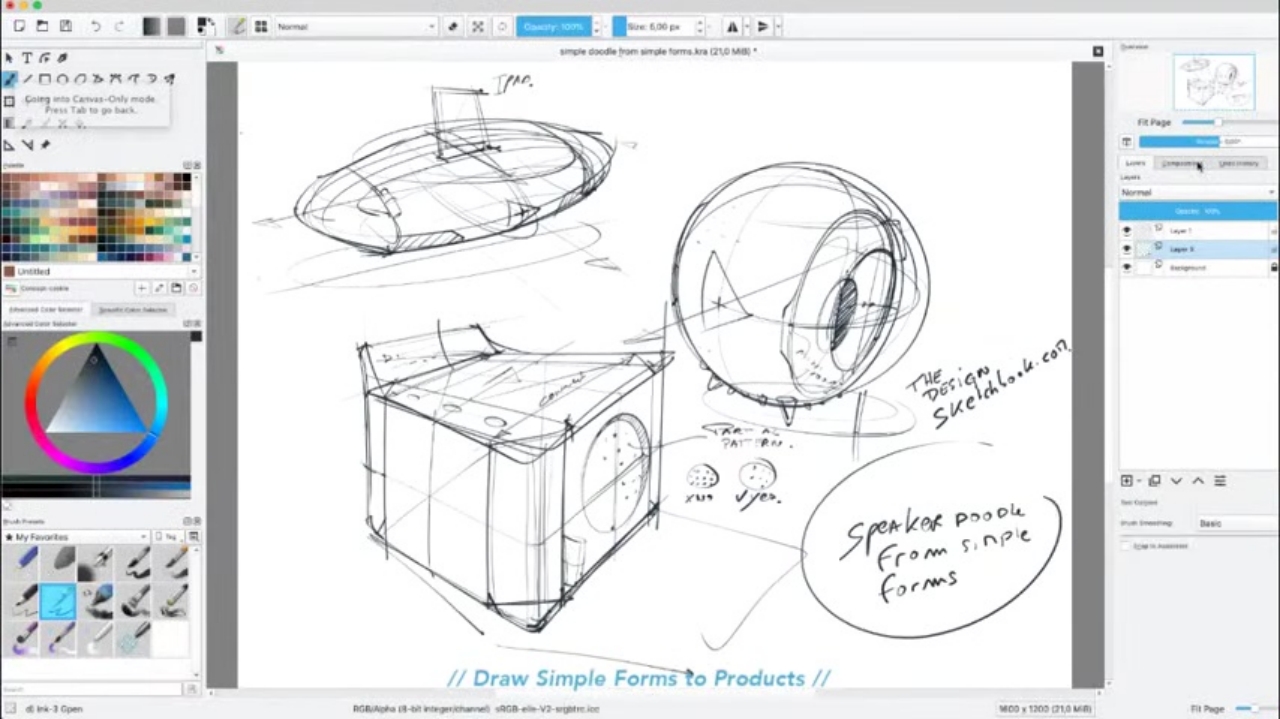 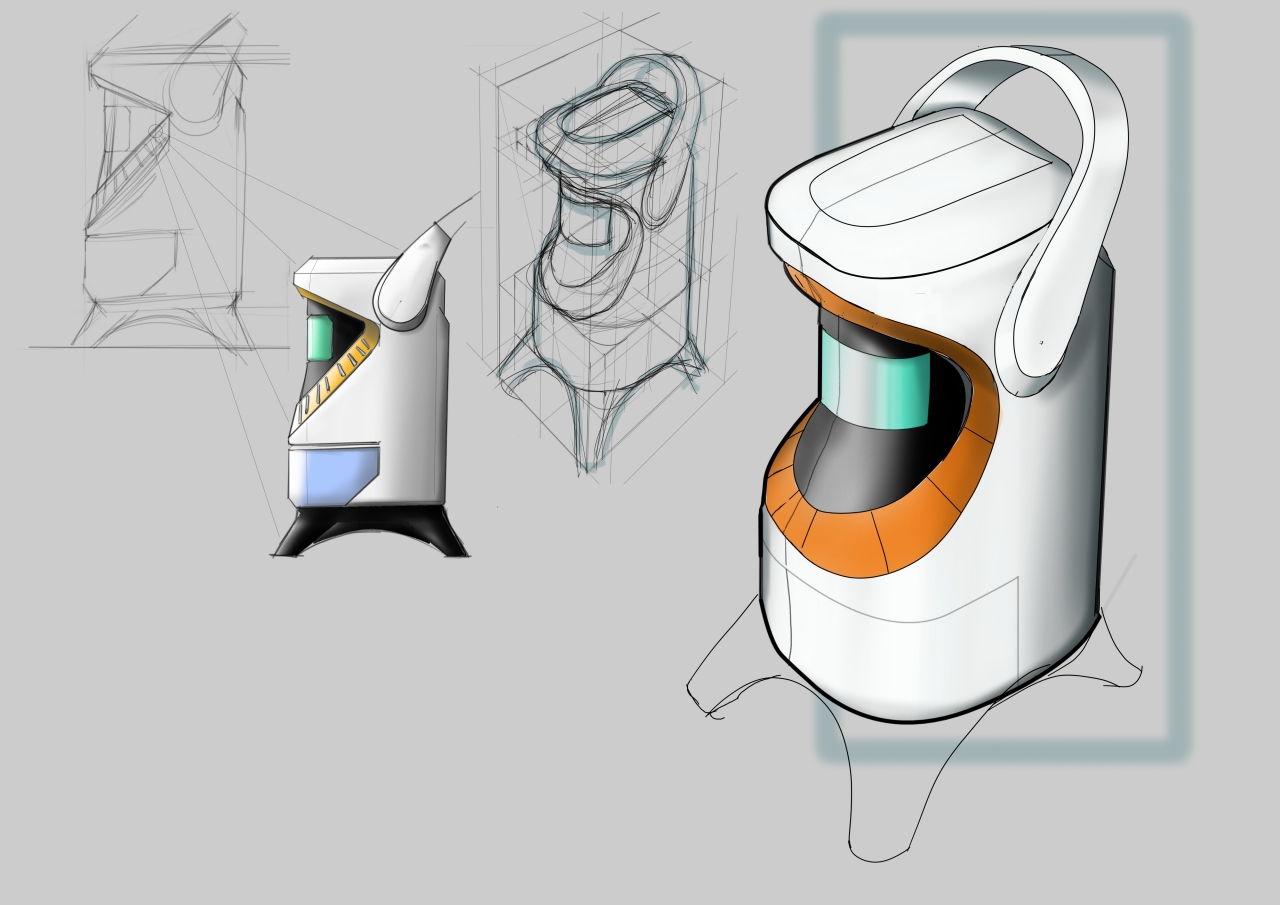 Sketching and creating concept art is really only one part of the design process. A lot of it also happens with words and other media. Some designers still keep a physical notebook around even if they do a lot of their work on computers and tablets. If you want to go all out on digital, though, Noteshelf offers a decent analogue to your analog notebook.

With Noteshelf, you can add your sketches and PDF documents to your notes for a particular concept you’ve been working on. You can handwrite your notes as well and even record audio while doing so. Noteshelf will sync the two and will replay your handwriting stroke by stroke as you play the audio recording. All of that for $4.99, no hidden costs included. 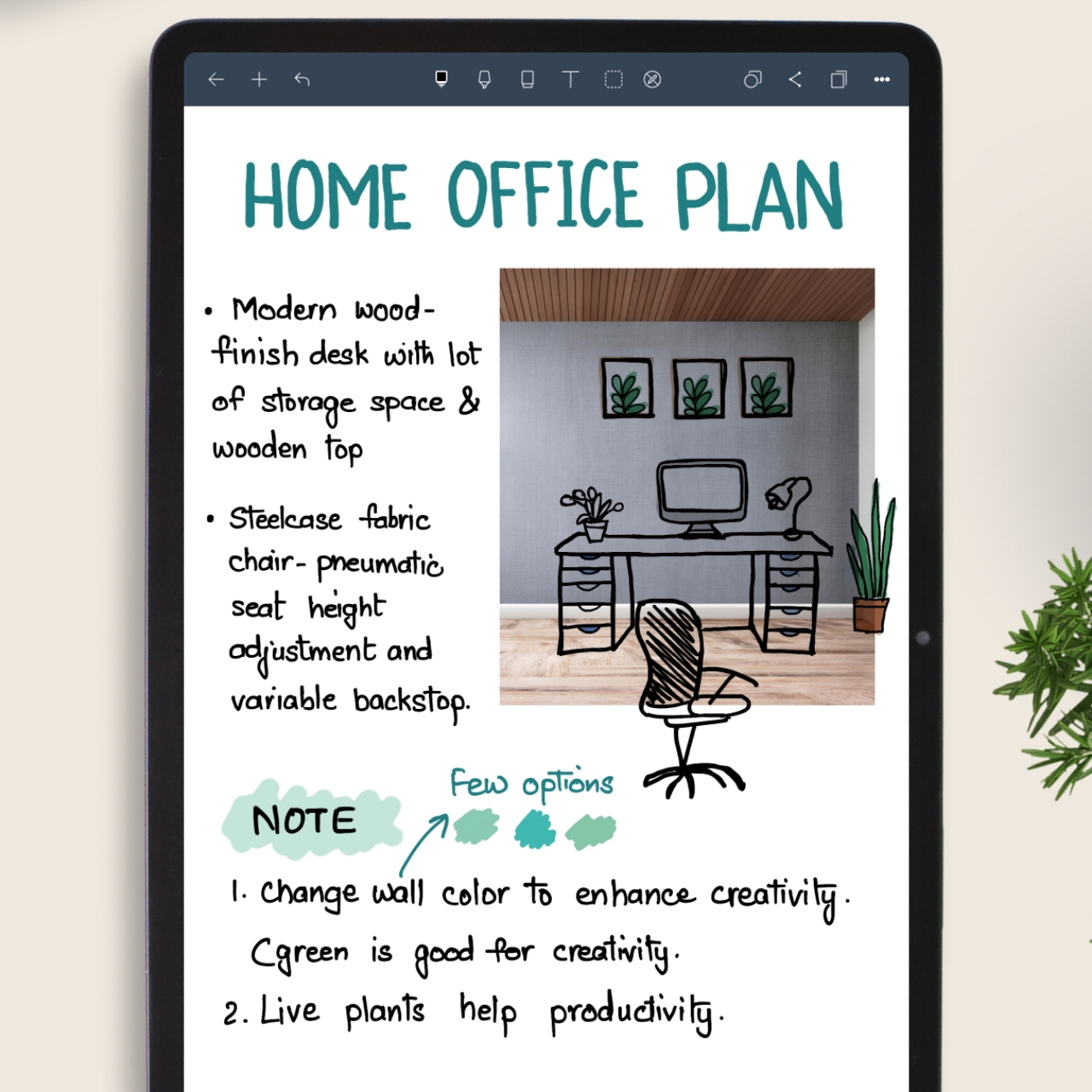 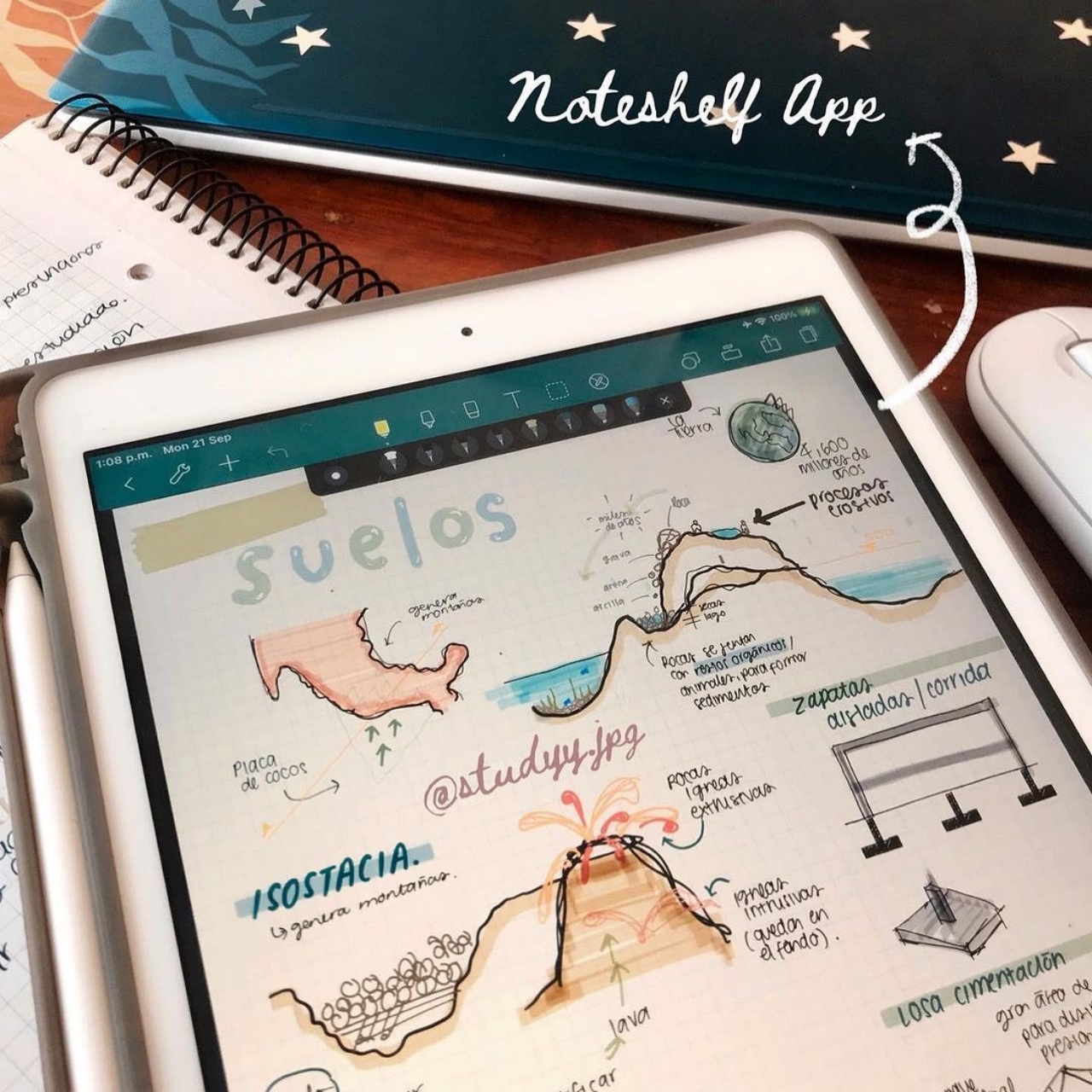 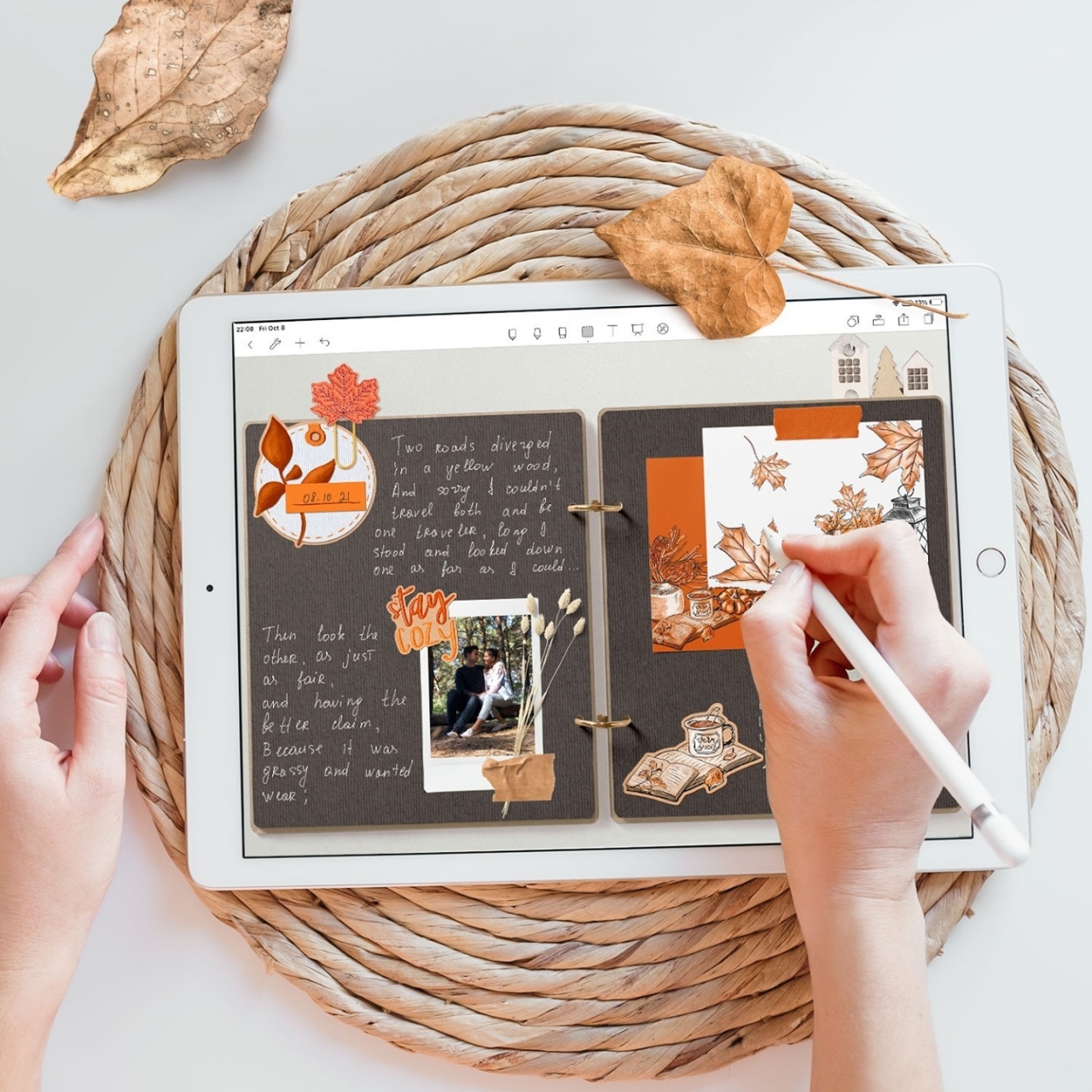 Robots have almost become mainstream these days, with the dozens of robot vacuums at homes, the numerous uses of Boston Dynamics’ Spot in healthcare and…

Sneaker culture has encouraged creativity but also added to a lot of waste since it is a part of fast fashion. Traditional sneakers have a…