With a dizzying level of detail all the way down to the cylinders on the engine and even the needles on the speedometer, this tiny Suzuki GAX1300R Hayabusa model shows how versatile and powerful paper is as a material.

If you’re taking out 20 full minutes to watch the video above, be warned, it’s nothing short of sheer madness and devotion. The artist, a Japanese Hobbyist by the moniker of YoshiwoModels, goes into absolute thorough detail, constructing literally every aspect of the superbike just from scraps of paper found in sketchbooks, cardboard boxes, and receipts. If there’s ever been a video that captures true passion and perseverance, it’s this one right here. YoshiwoModels explains his process as he builds out every single part of the Hayabusa, relying on model schematics found online. He talks about his love for the environment and how waste paper can be such a versatile material to work with, while also highlighting his shift to starch-based glues because they aren’t bad for the environment. As he assembles the engine he reflects on how gasoline engines will be obsolete in the future. There’s an inherent respect for the Hayabusa as YoshiwoModels meticulously carves out every single gear and piston from scratch, and the entire video is a phenomenally humbling experience, watching how simple sheets of paper transform into easily the most thoroughly detailed physical model/replica I’ve ever laid eyes on. 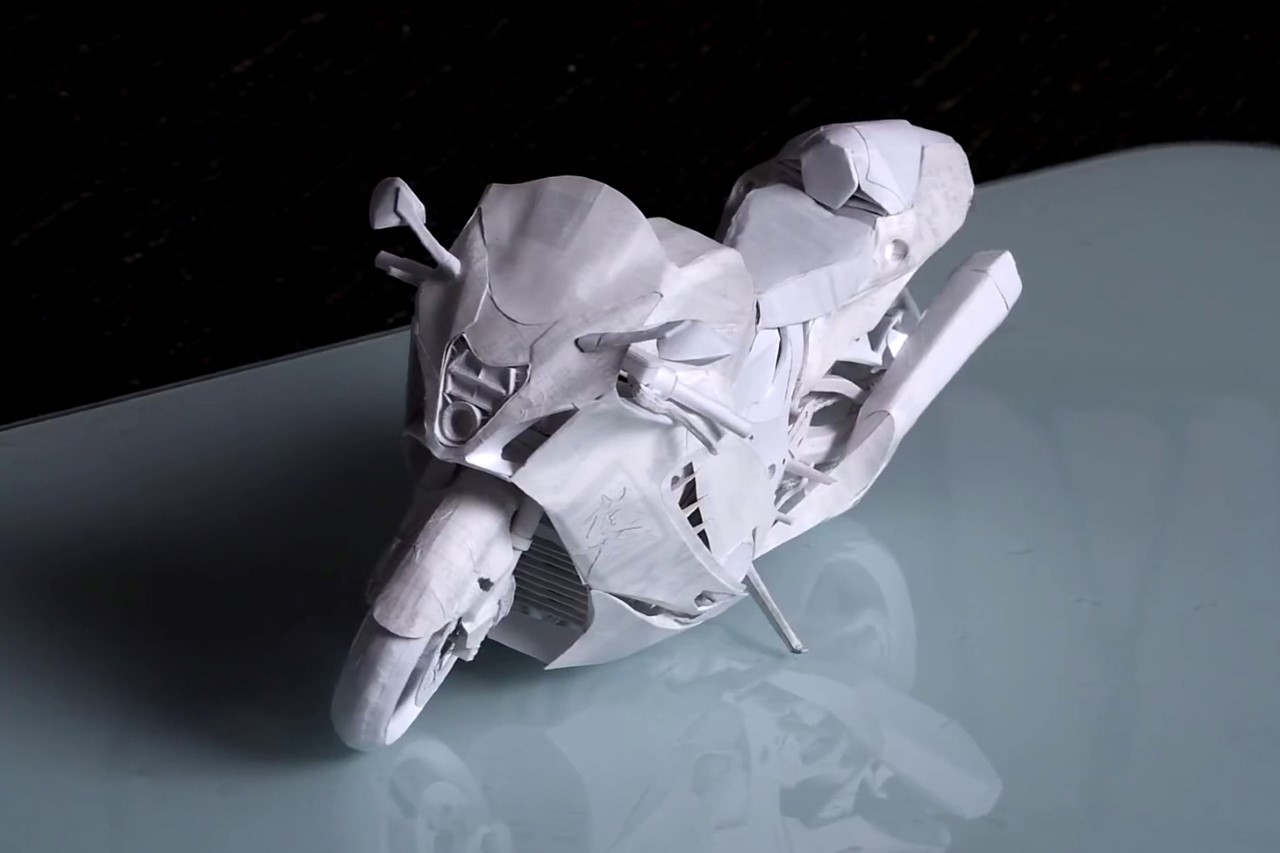 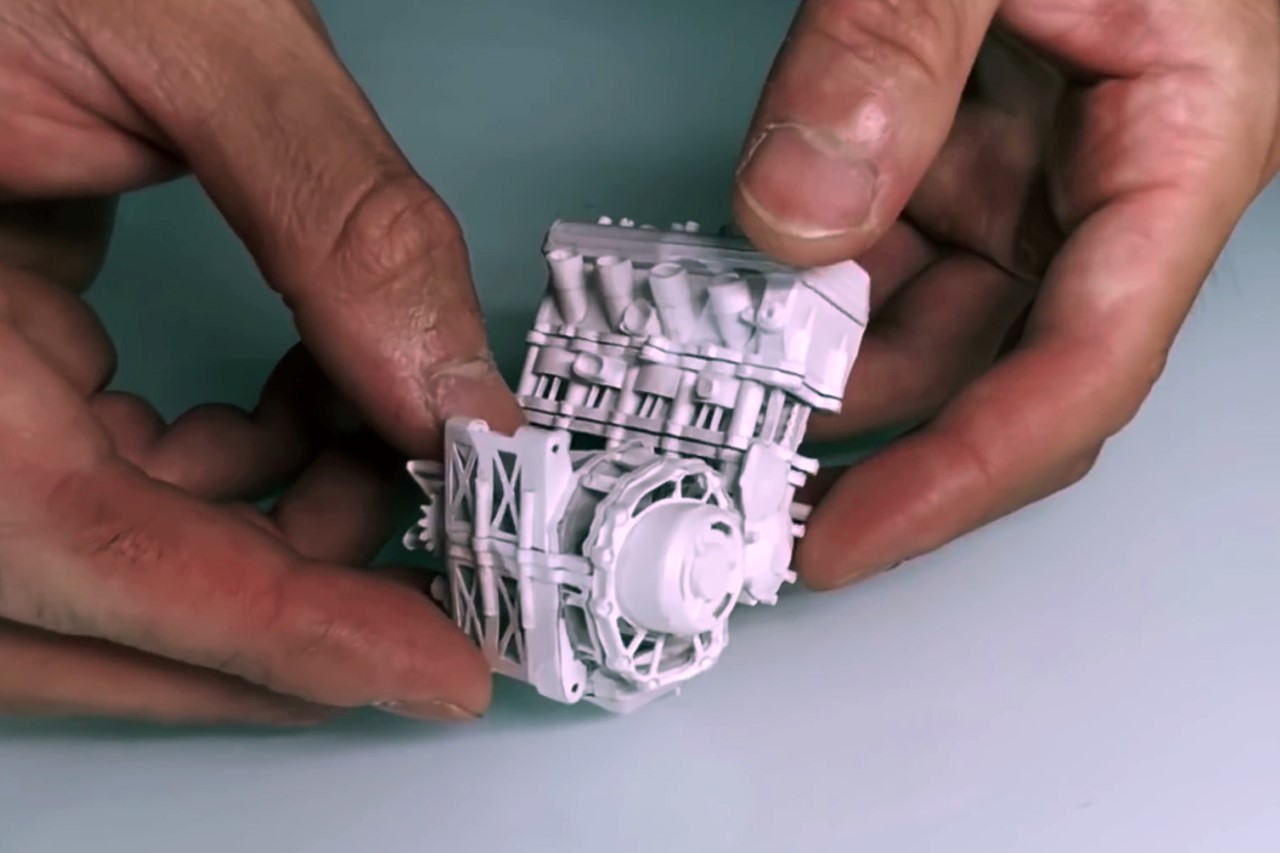 YoshiwoModels’ process is a simple yet painstakingly laborious one. He finds schematics online and meticulously creates plans and outlines of each and every single component, which he then traces onto sheets of paper. For a lightbox, he either uses an illuminated window or relies on the backlight of a computer monitor. The tools YoshiwoModels uses are relatively specialist too… he relies on a hole-punch to create perfect holes in cardboard sheets and uses scalpels and tiny scissors to cut out parts. Assembling the paper scraps isn’t easy too, as Yoshiwo relies on a pair of tweezers to carefully join paper elements together, building first the oil sump, then the engine, the wheels, the chassis, seat, outer body, exhaust, and finally the incredibly tiny elements on the dashboard. 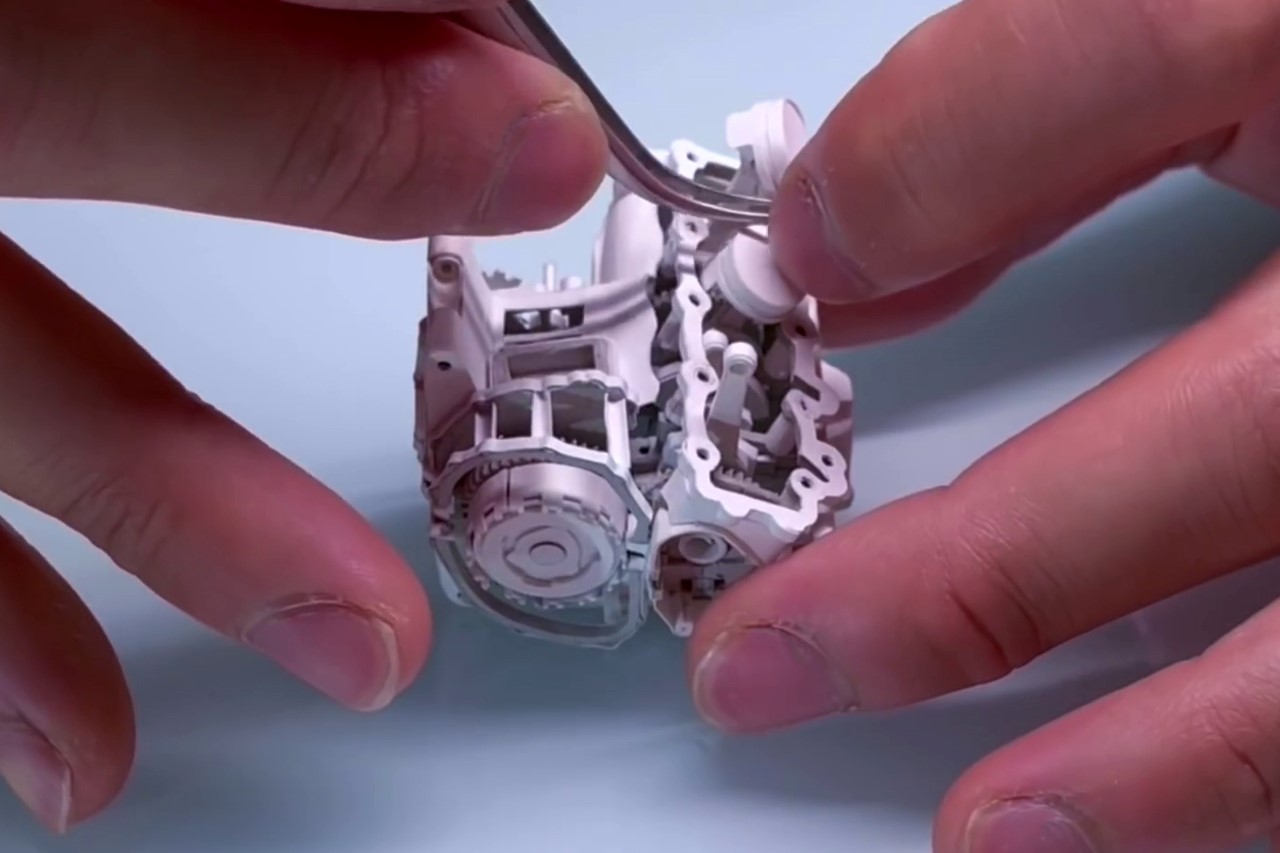 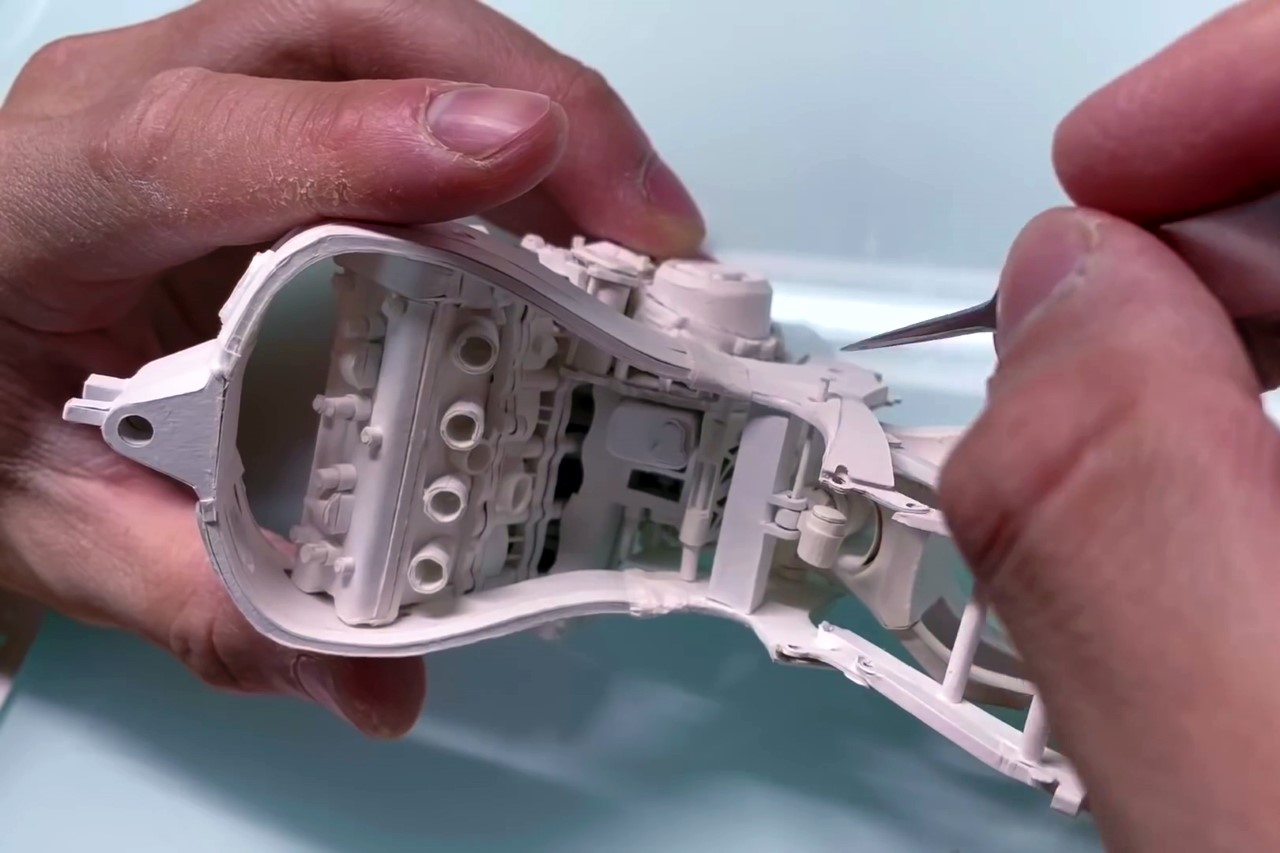 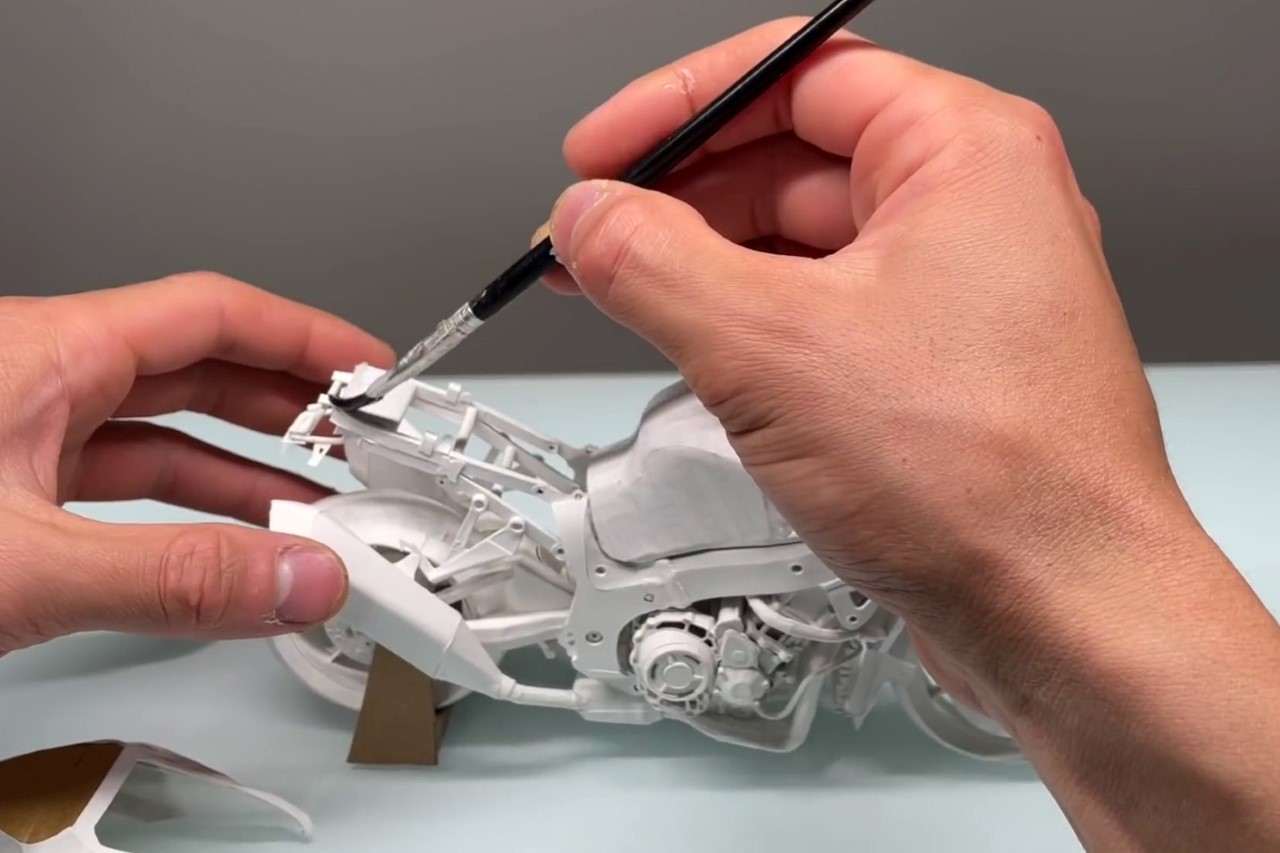 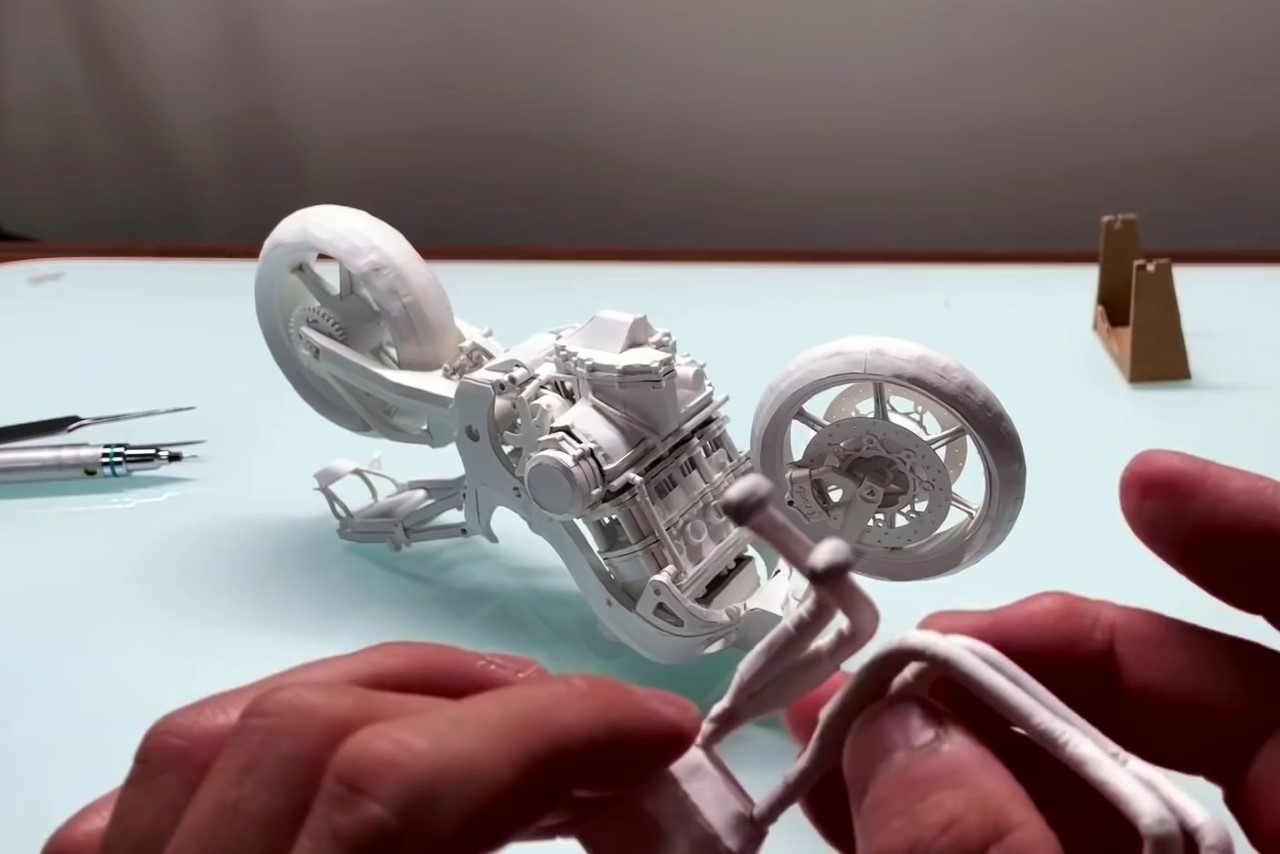 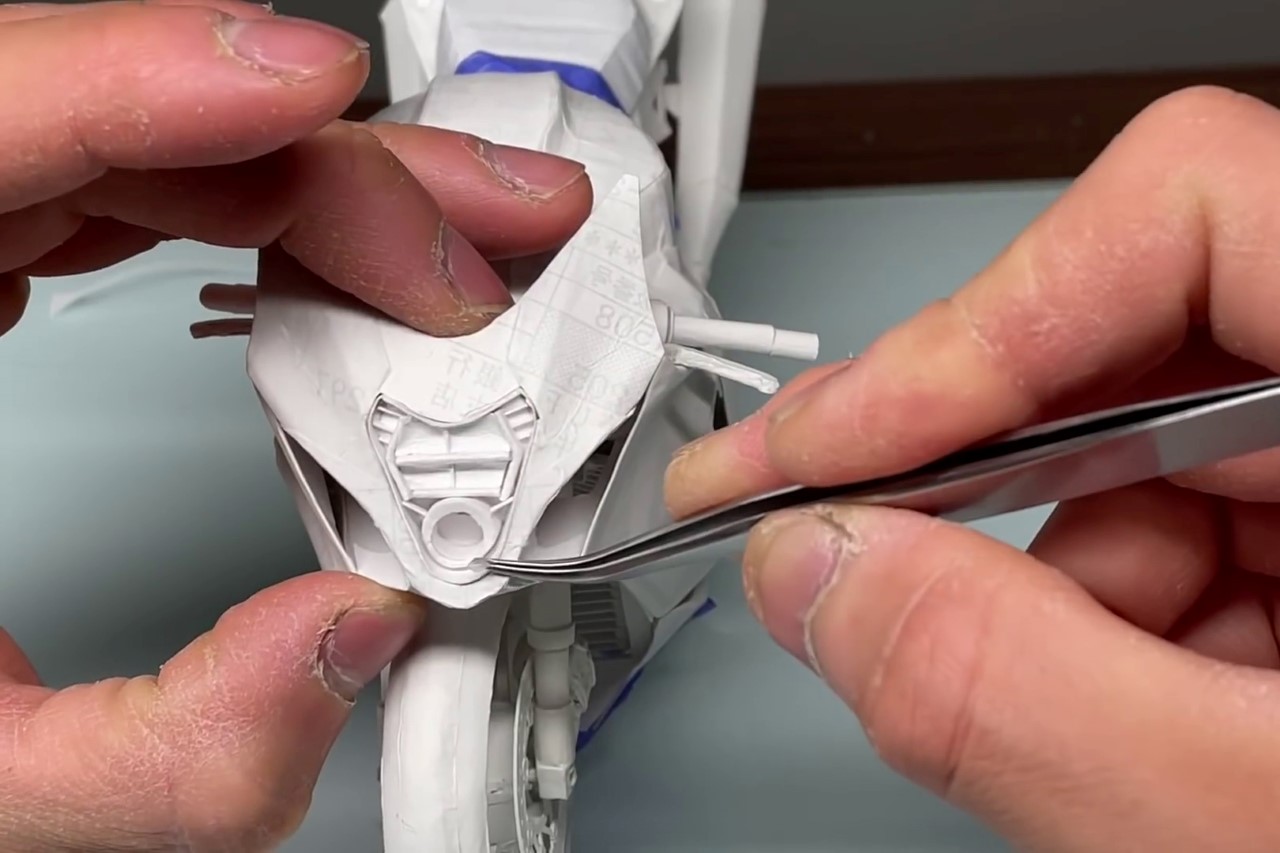 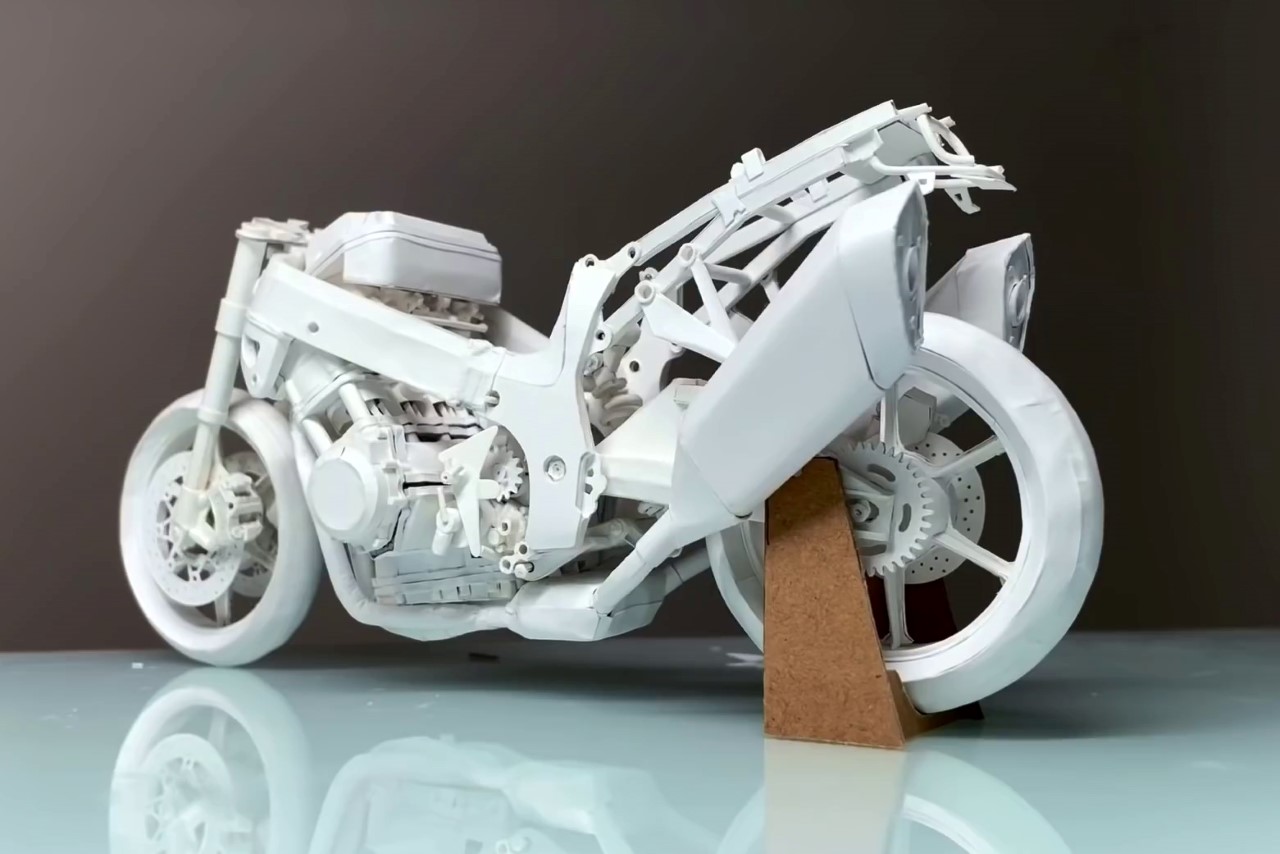 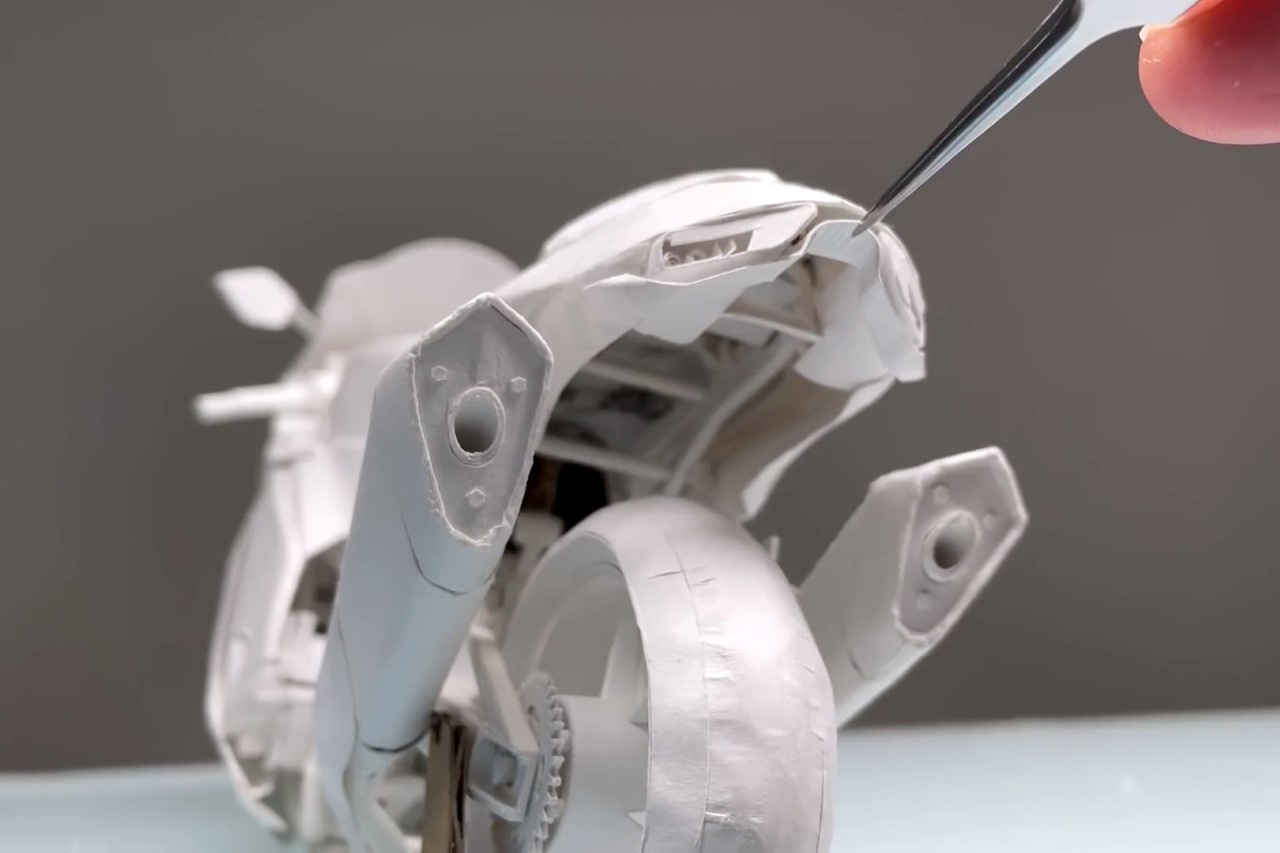 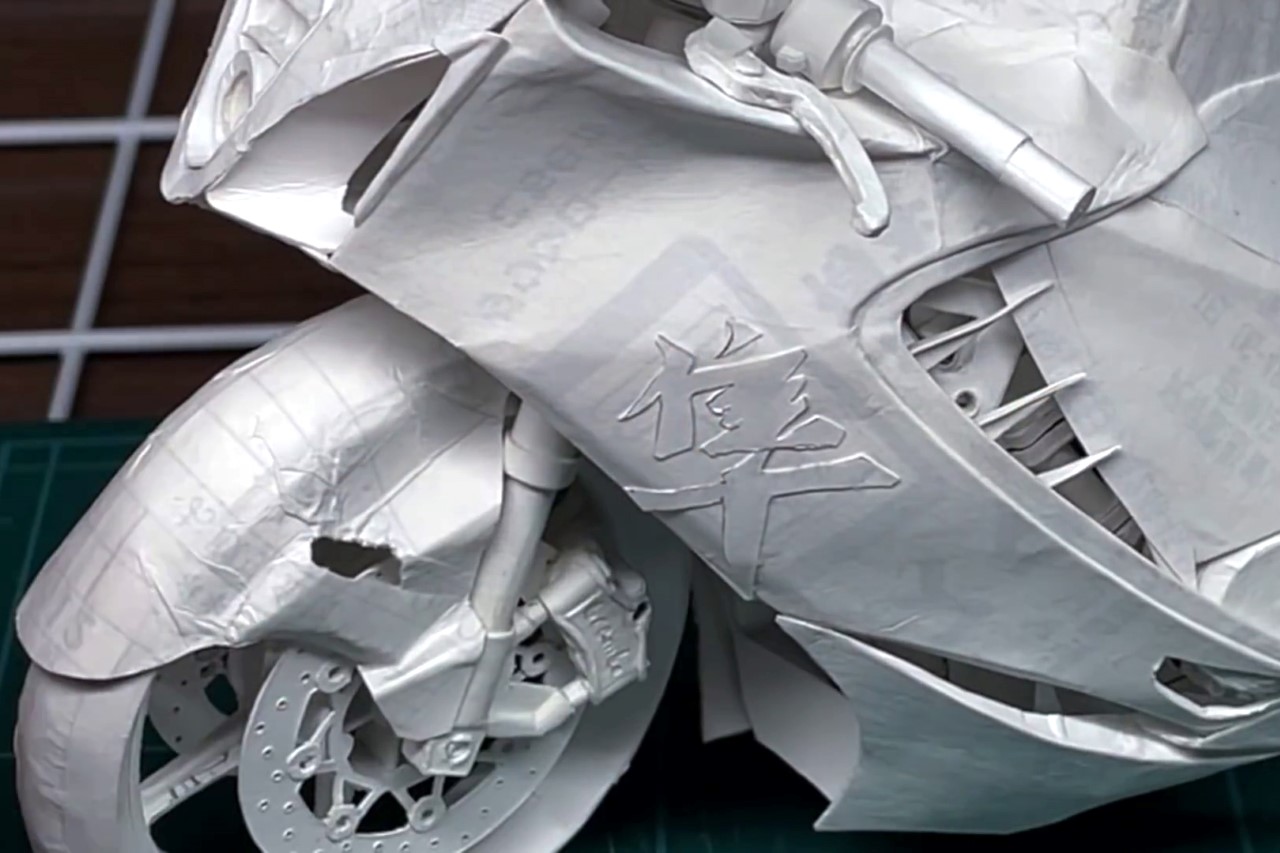 The techniques used by Yoshiwo in this video have their roots Kirigami, a paper-folding style that lets you cut the paper (unlike Origami that only allows you to manipulate paper using folds). In a conscious effort to be as environment-friendly as possible, Yoshiwo doesn’t use any blank or fresh papers in his constructions. For the most part, he relies on boxes and sketchbook covers to create his models and even employs thermal paper found in used receipts, because they can’t be recycled. Once the model is completely ready, Yoshiwo finishes it off by adding the Hayabusa’s kanji logo on the fairing of the superbike.

While the Suzuki Hayabusa is associated with speed and power, this video is the polar opposite, displaying an almost meditative calmness in its slow craftsmanship. Sure, it’s easy to appreciate how beautiful a Hayabusa looks… but when you see every single part of it built and assembled from scratch, it allows you to appreciate the superbike’s design on an entirely different level. 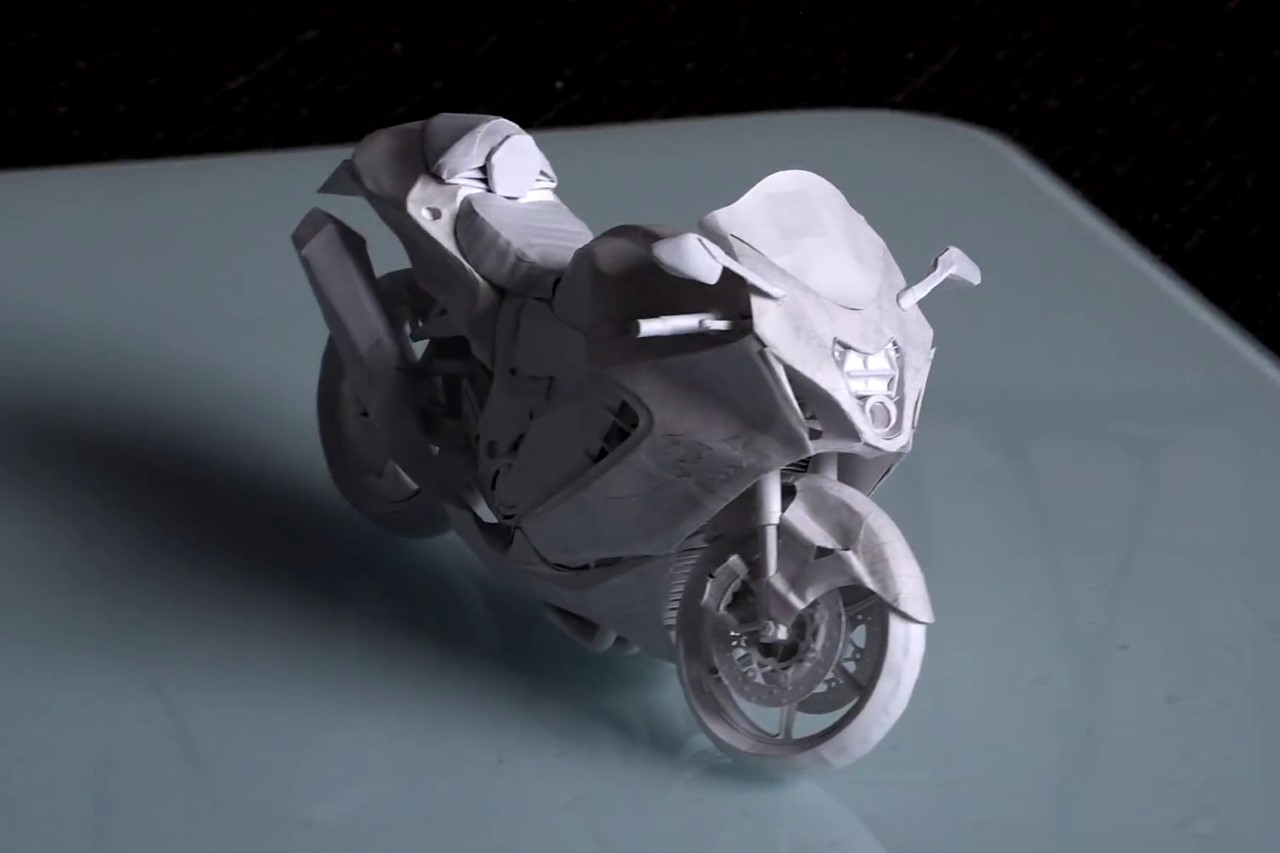 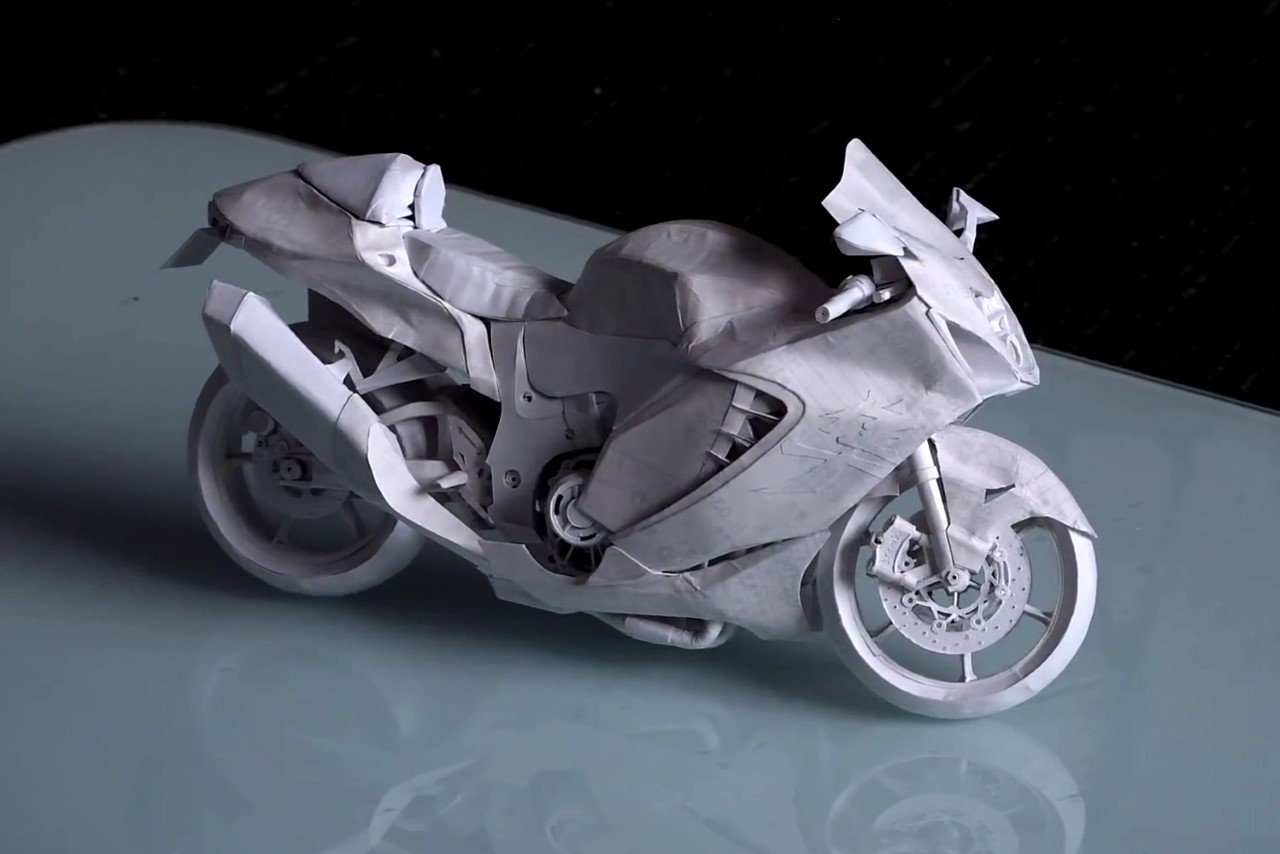 When you see a Lamborghini, you see style, elegance, power and performance. Top of the line in all it has to offer inside and out….

The Koenigsegg Koenigsei’s design and name have a rather unlikely source of inspiration… the egg. Koenigs-ei roughly translates to King’s Egg in German, and the…

Mercedes-Benz Forests of the Future

When we imagine an automotive production line, we think of mostly metal parts being put together down an assembly line. The Mercedes-Benz Alpha concept challenges…