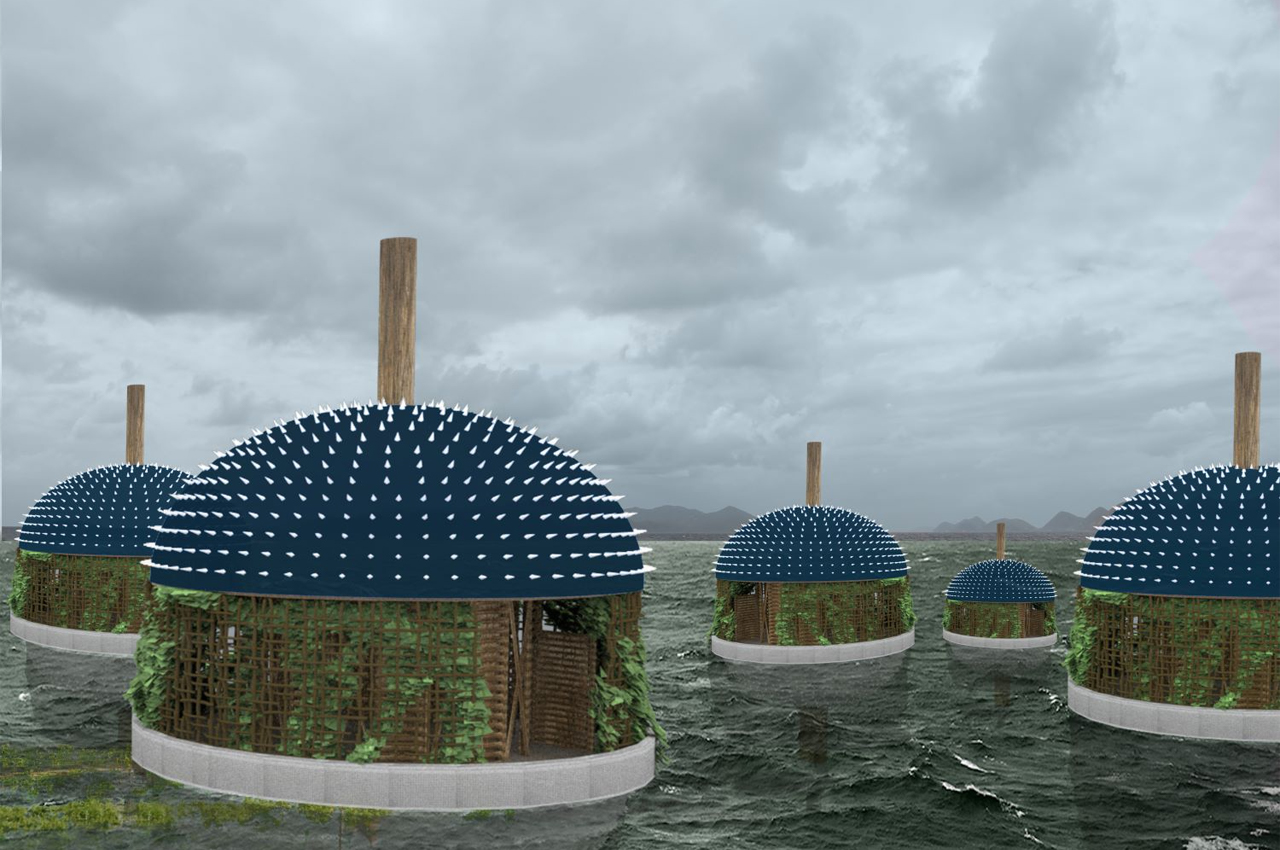 Puffer Village is a system of smart homes with built-in architectural technology that allows them to adapt to changing water levels and stormy weather conditions.

Sajjad Navidi is a 3D visualizer who uses architecture to prepare for impending climate change-related crises. Upon completing their latest rendering, Puffer Village, Navidi prefaces their project, “One of the major future crises of the world is rising sea levels, which could pose a serious threat to human survival.” To combat the threat of rising sea levels, Puffer Village is conceptualized as a small community of smart homes that adapt to changing tides and rising sea levels by mimicking the defense response of pufferfish. 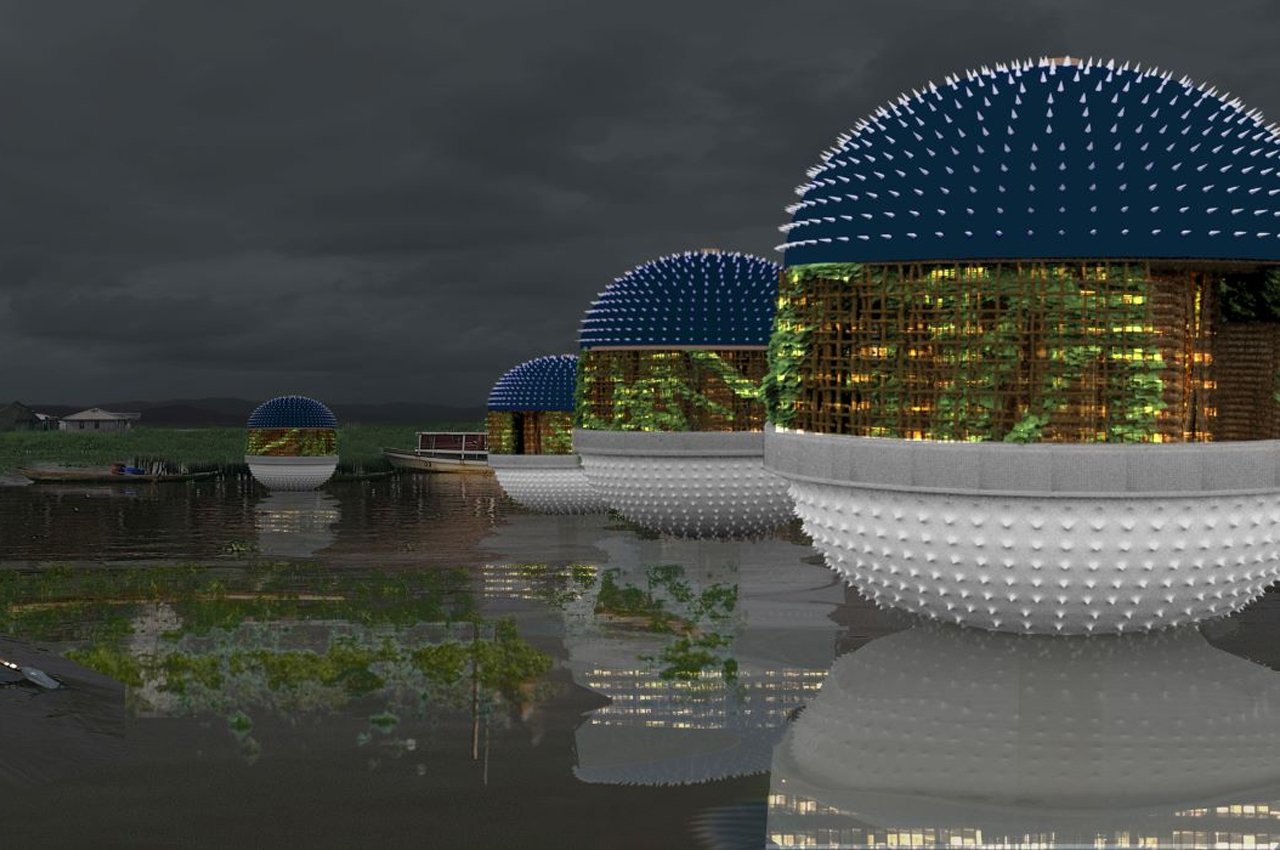 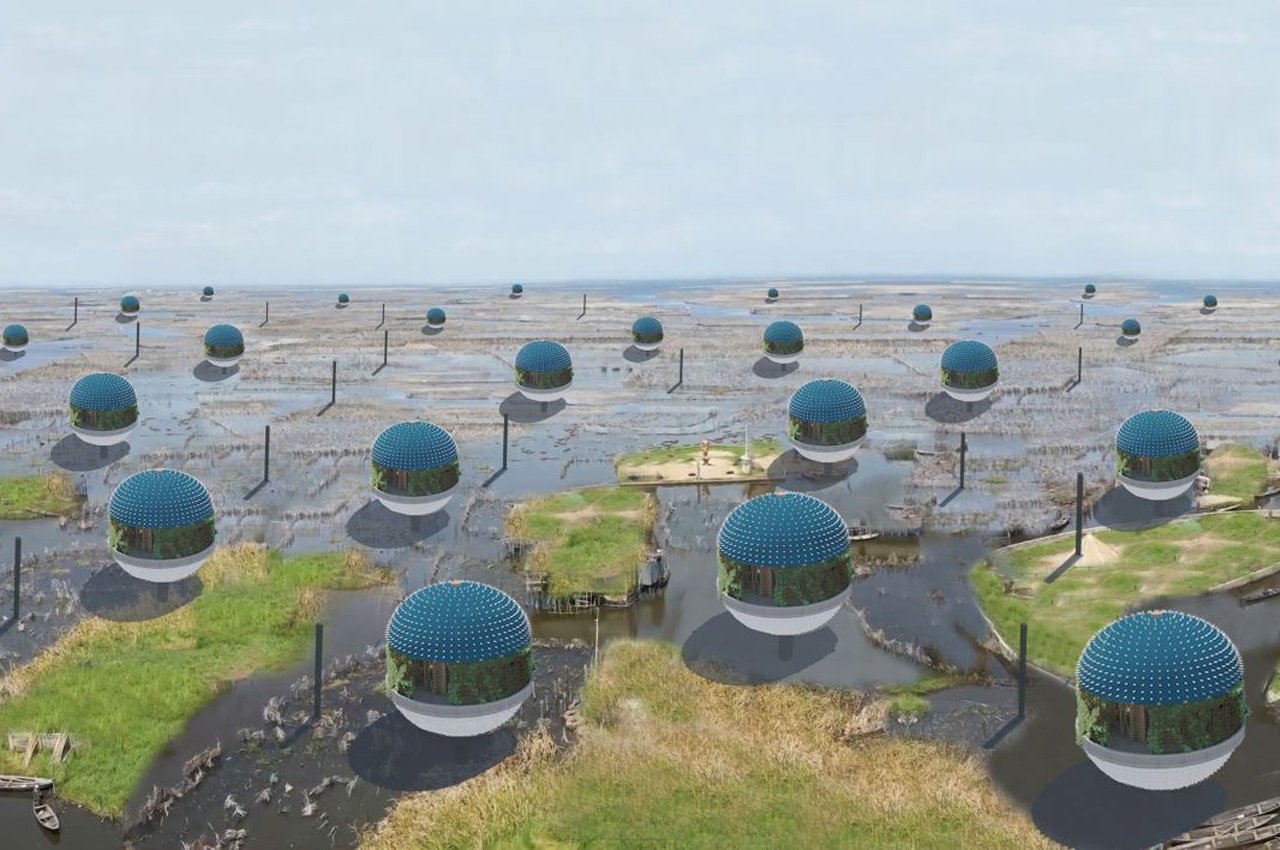 In designing Puffer Village, Navidi looked to areas of the globe that would feel the consequence of sea-level rise sooner than others. Describing the planned location for Puffer Village, Navidi notes, “Ganvie is one of the largest lake villages in Africa in the Benin region. One of the biggest problems for the people of this region is the high sea level.” 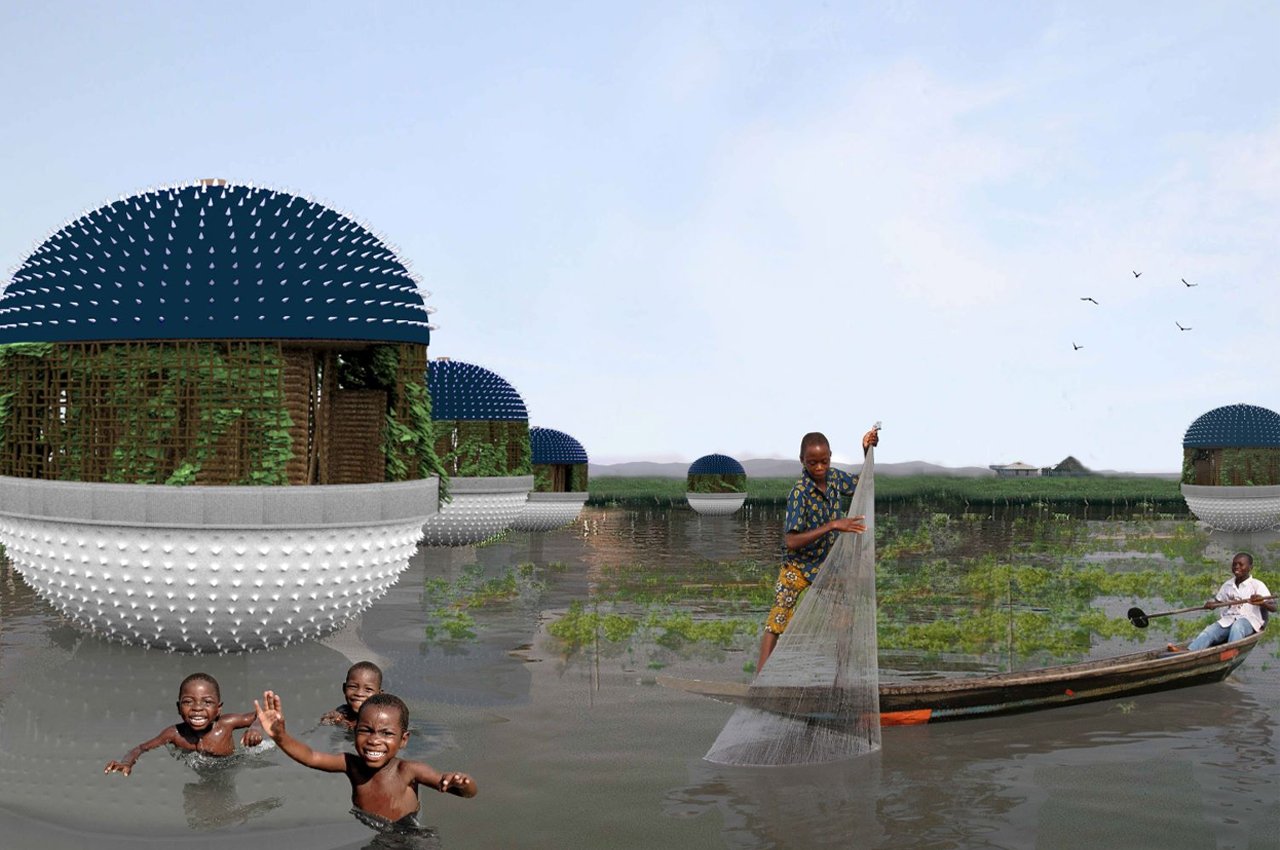 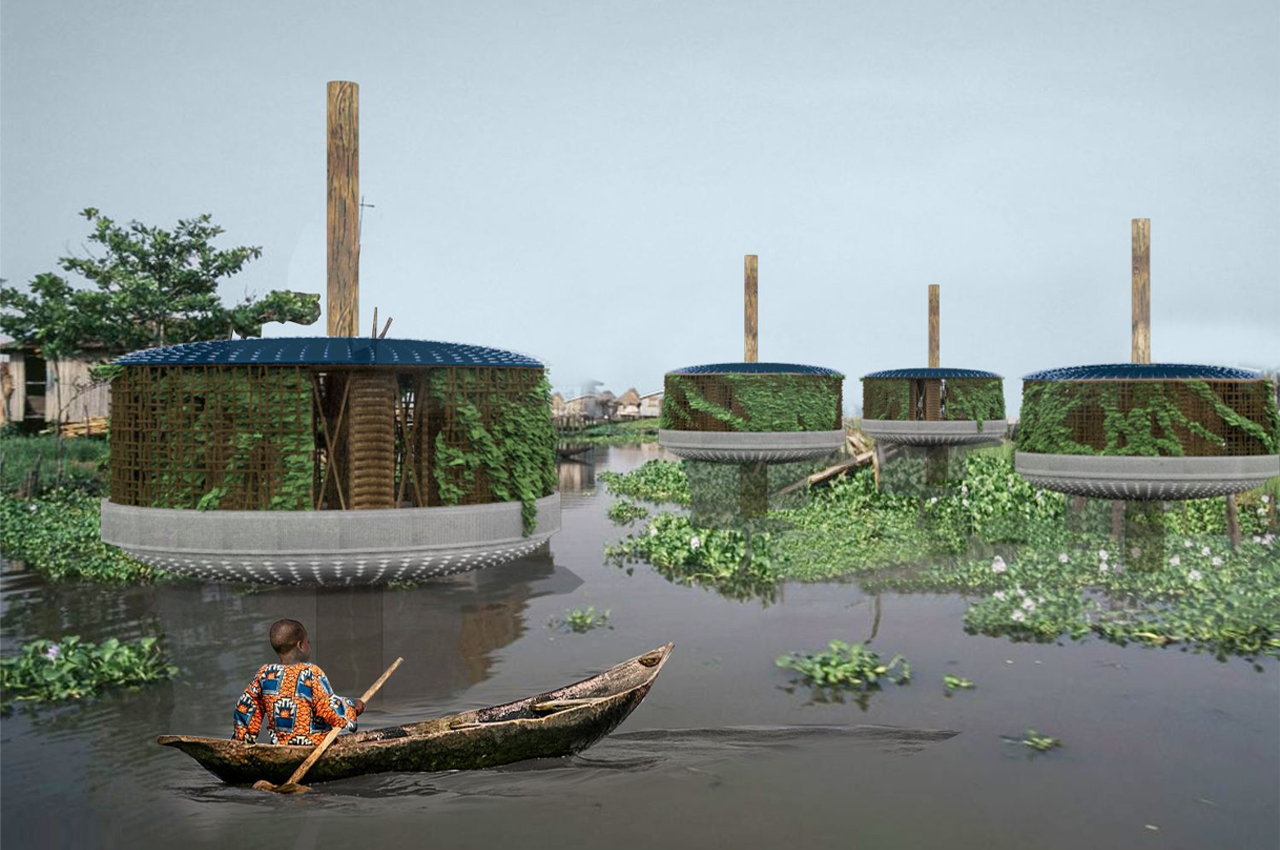 As storms sweep the town and tides threaten homes’ foundations, residents of Ganvie have no choice but to face the uncertainty of rising sea levels. Navidi goes on to describe the damaging effects that high tides have on the wooden houses of Ganvie. 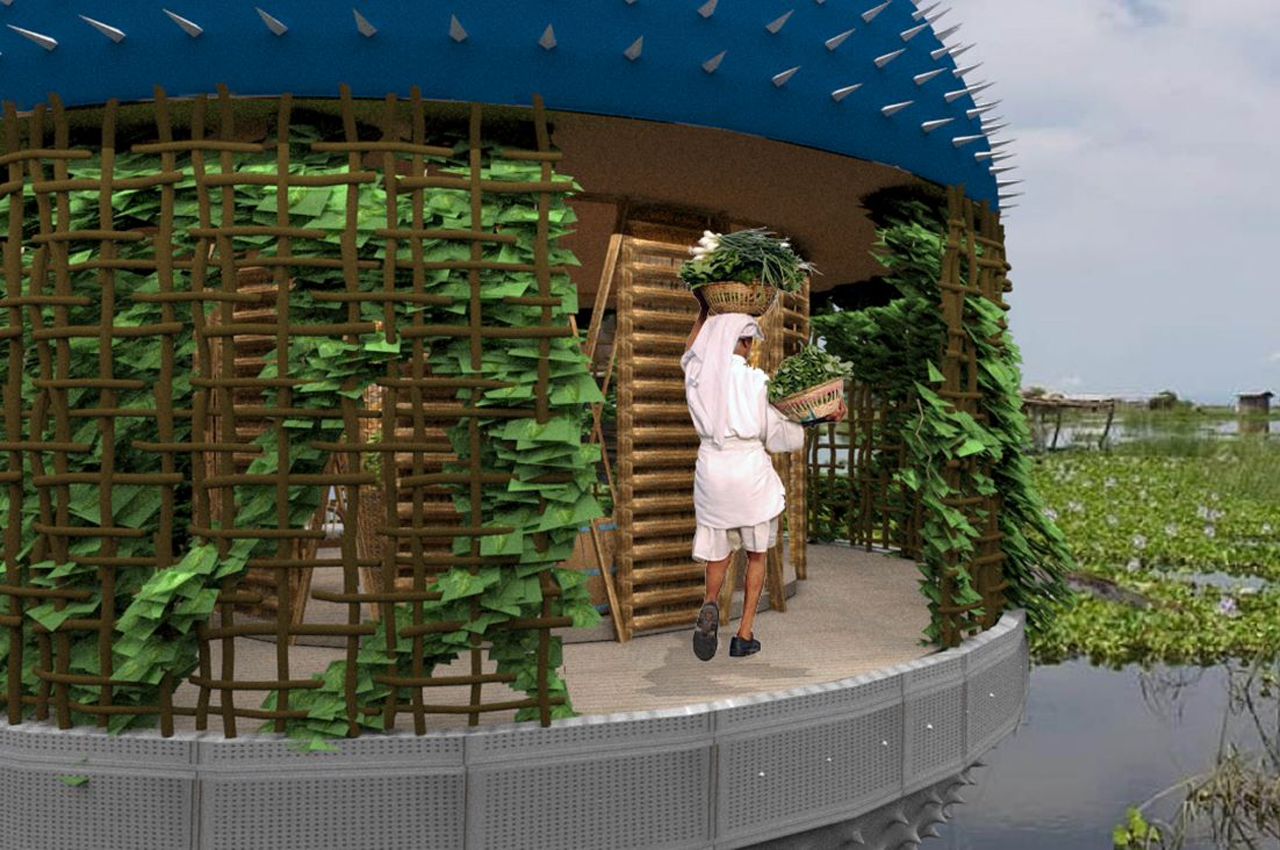 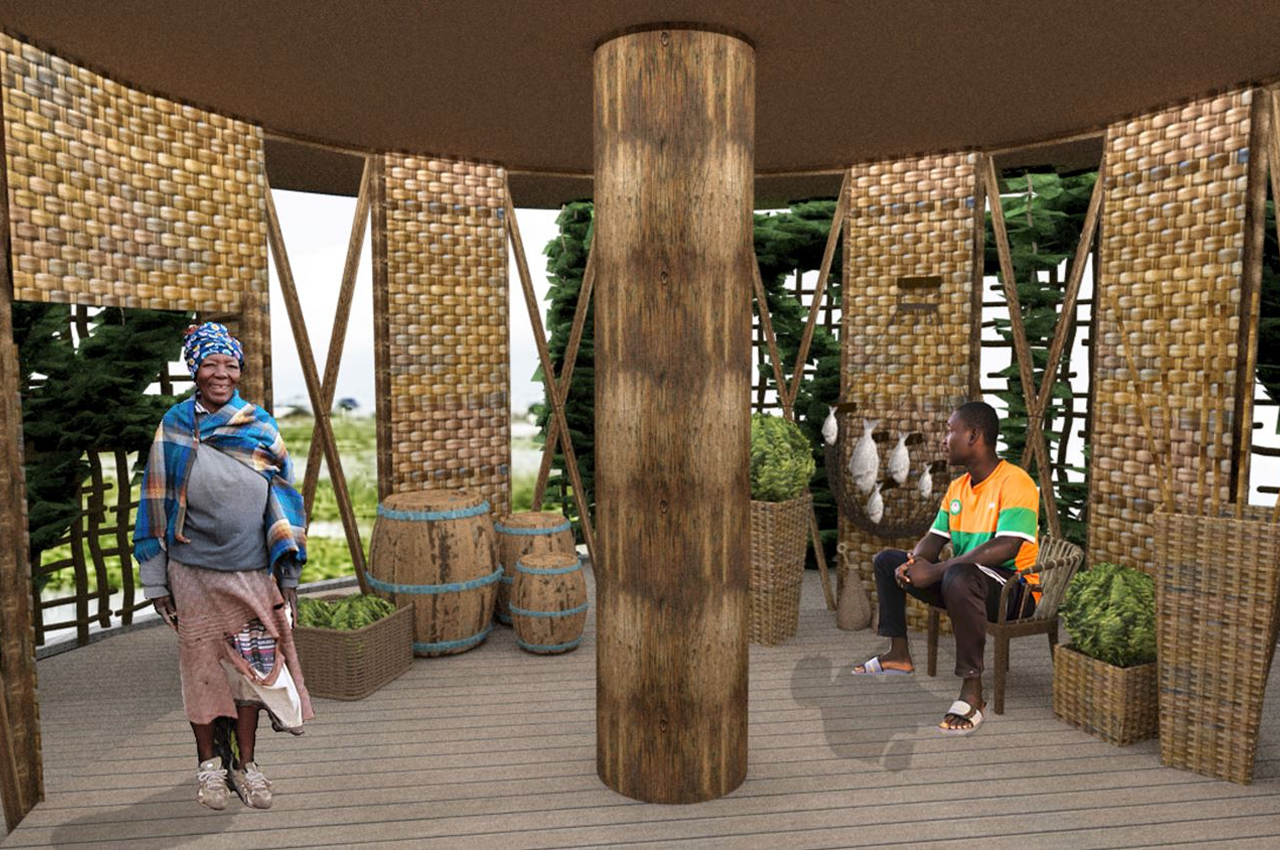 Looking to nature, Navidi hoped to find a solution that could adapt to changing water conditions. Finding inspiration in the pufferfish that populate Ganvie’s ​​Lake Nokoué region, Navidi planned out smart homes that would adapt to threatening water and storm conditions the same way pufferfish respond to predatory threats. Describing his findings, Navidi notes, “The biomimetic structure of [the] pufferfish and its strategy [in dealing] with enemies is by inflation with water or air.” 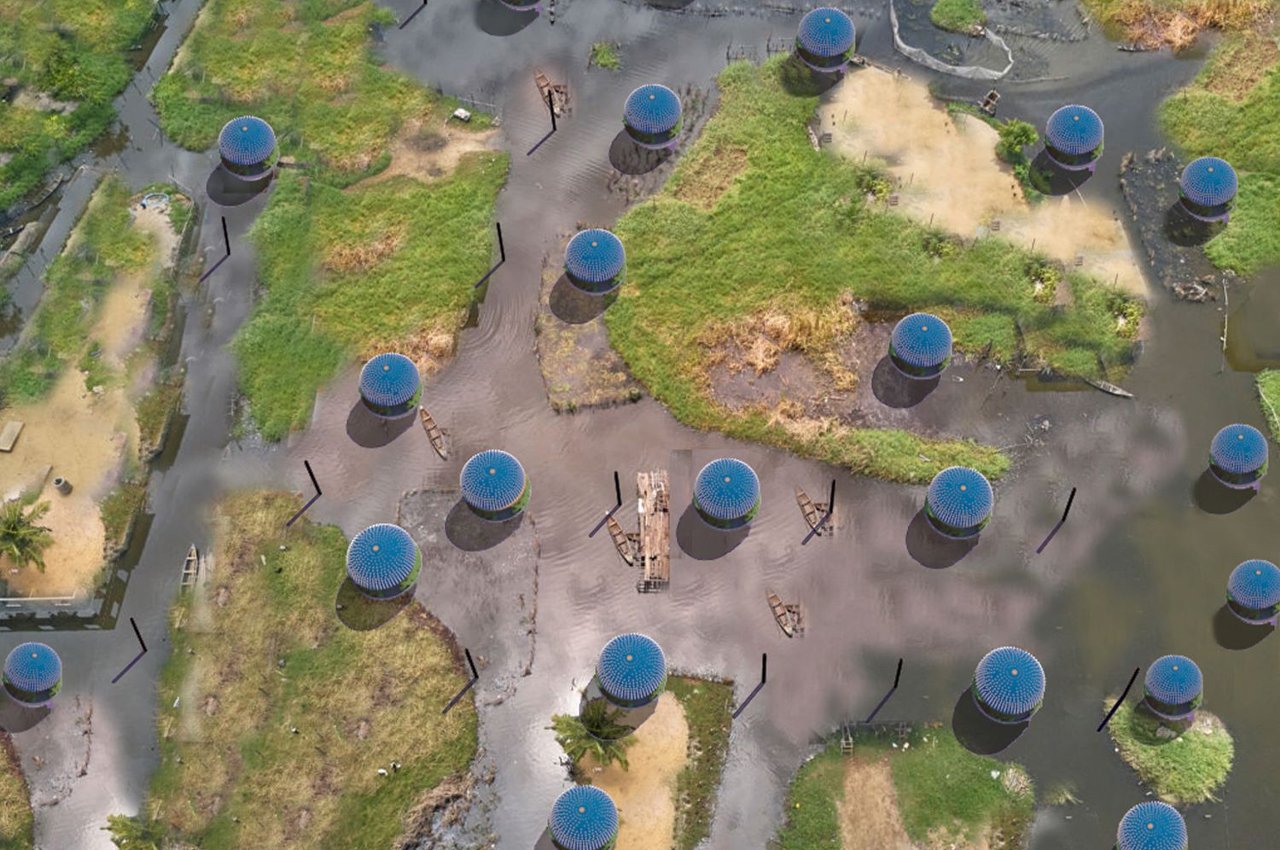 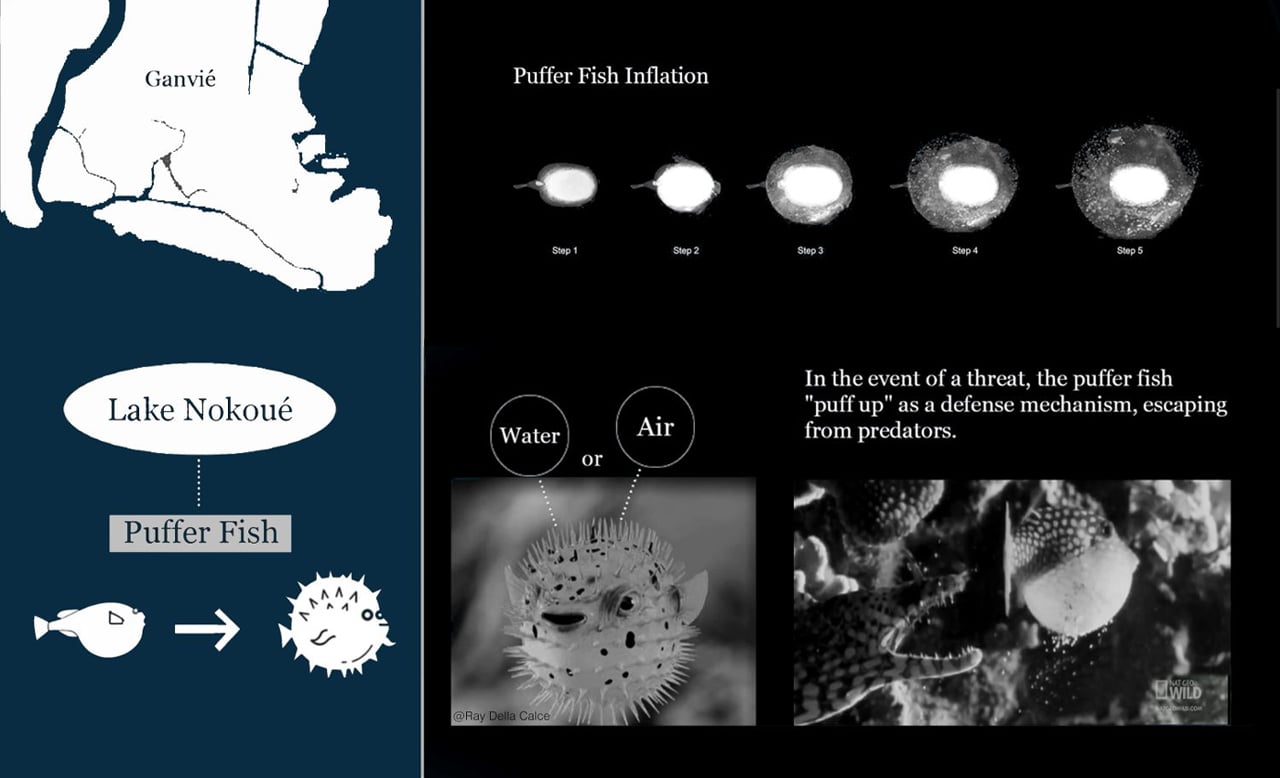 Following periods of research and ideation, Navidi planned a home layout with integrated, automatic inflation and load-bearing smart technology. In its neutral position, each home of Puffer Village remains rooted to the lake’s floor and keeps a flat-roof shape.

Even amidst stormy conditions and high tide, each home of Puffer Village turns into a sort of buoy by filling the home’s bottom compartment with water in order to remain anchored to the lake’s floor. 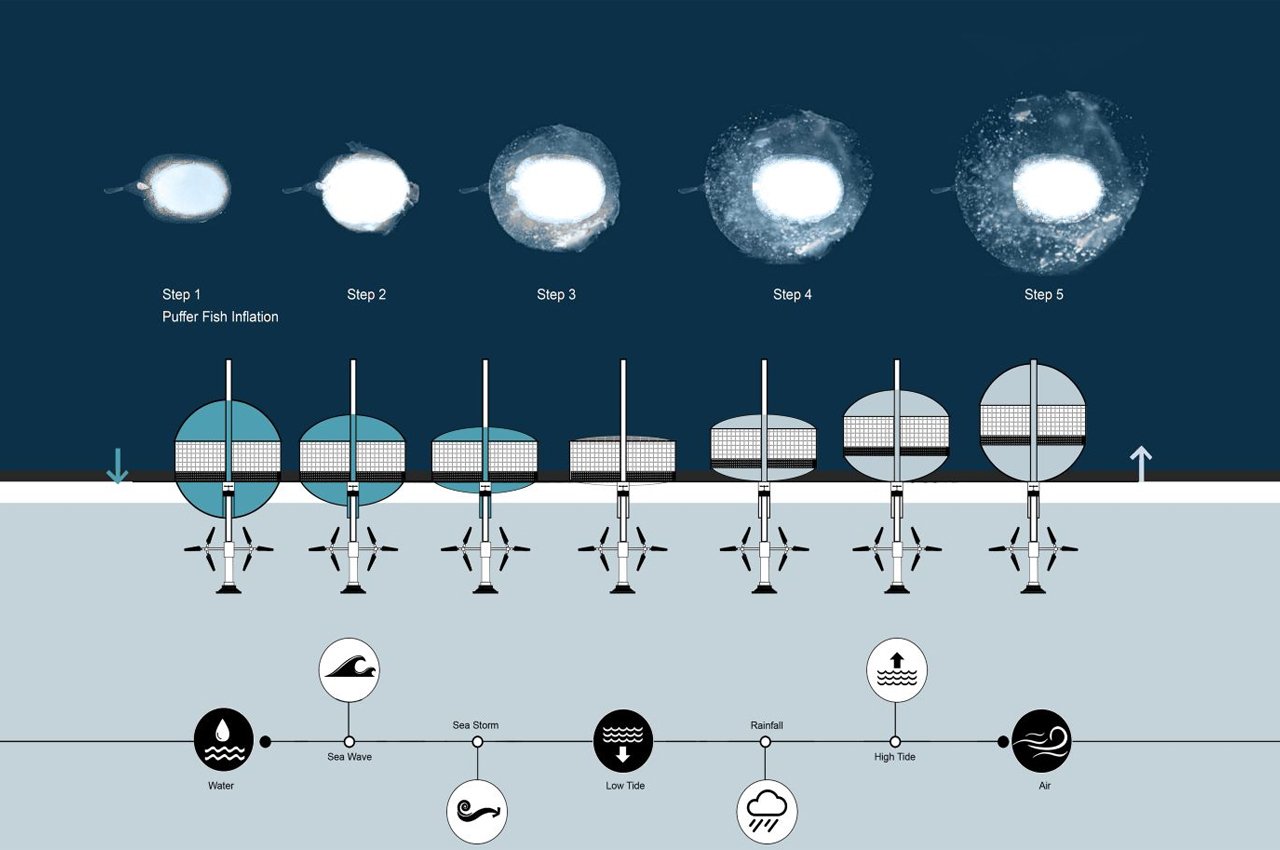 Navidi also ideated a smart inflation system built into each home of Puffer Village that increases each home’s interior volume by inflating the home’s balloon-skin roof with air. Each home also practices energy efficiency by acquiring the power needed for each smart response system through underwater tidal turbines and photovoltaic panels. 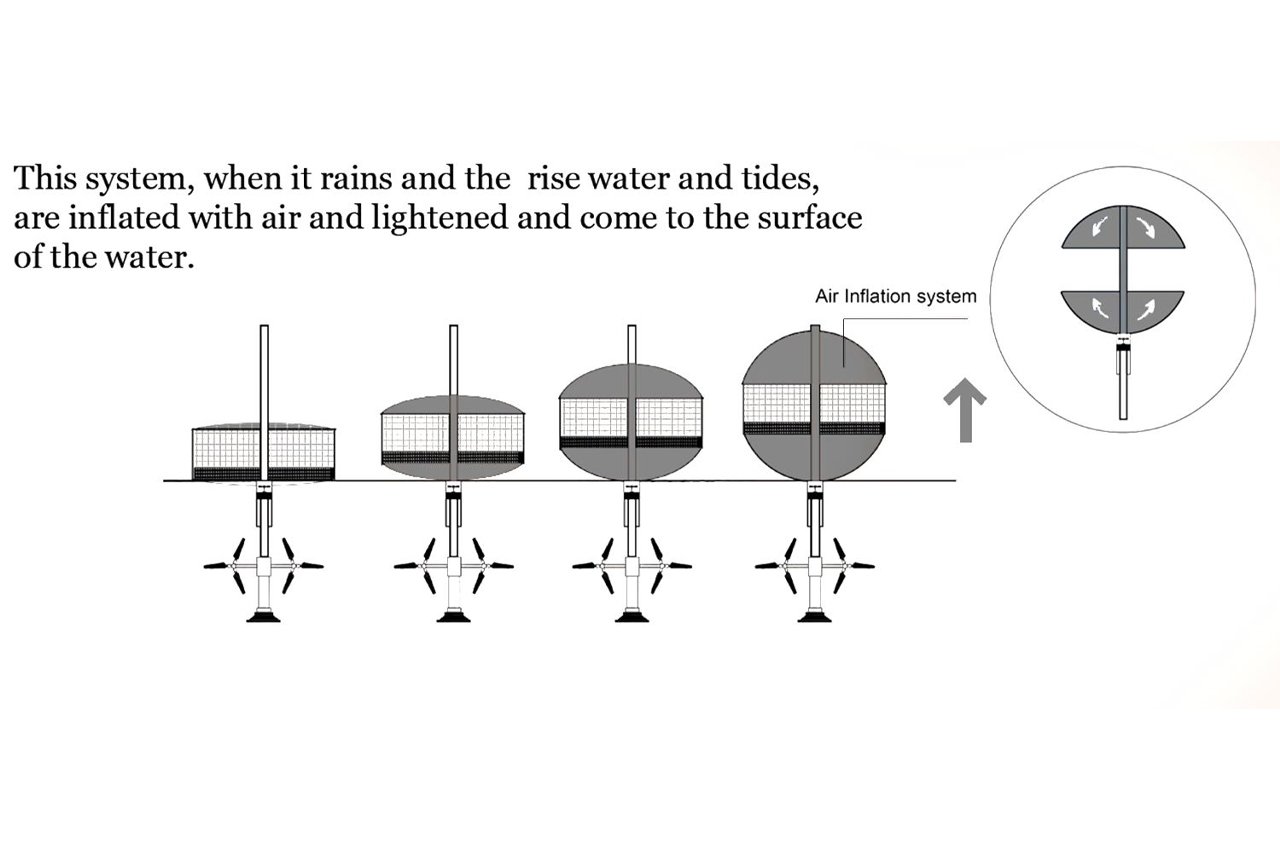 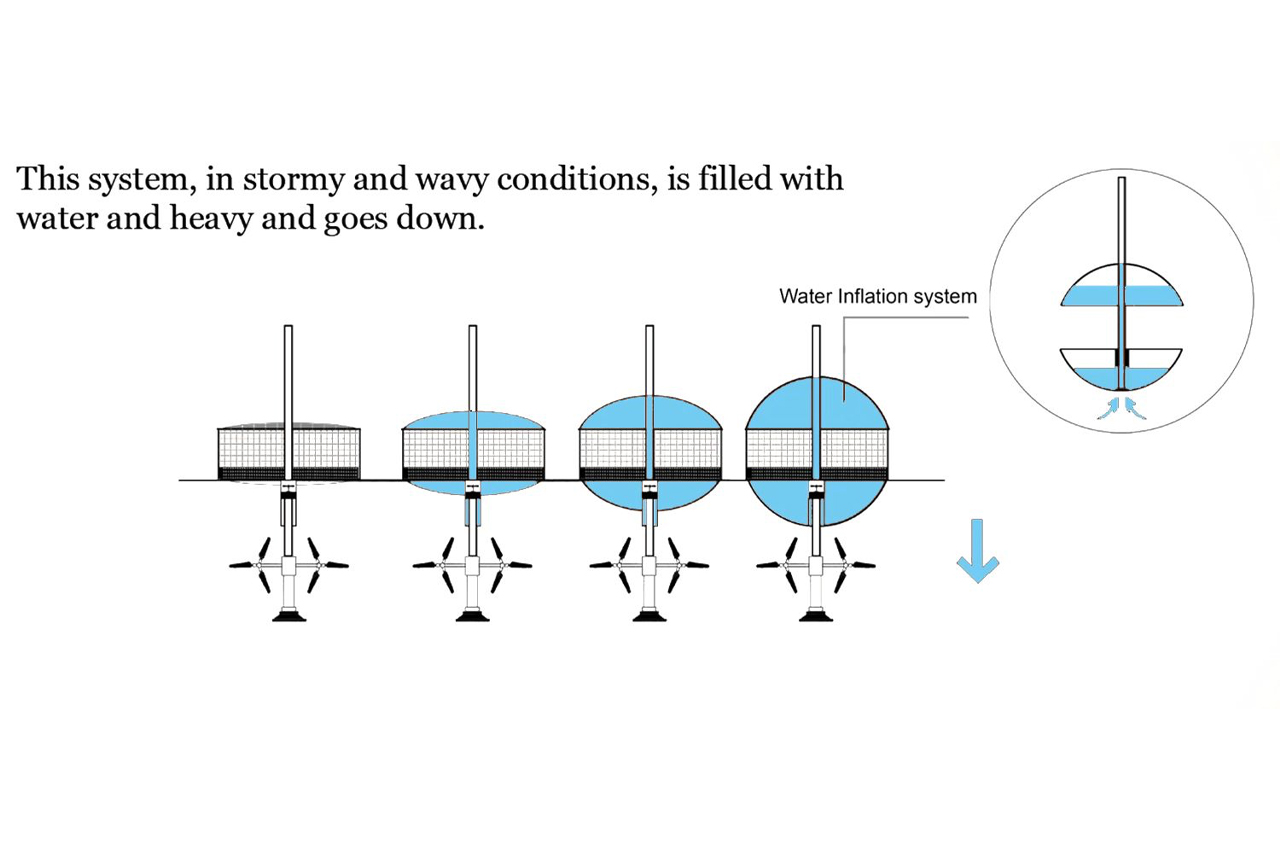 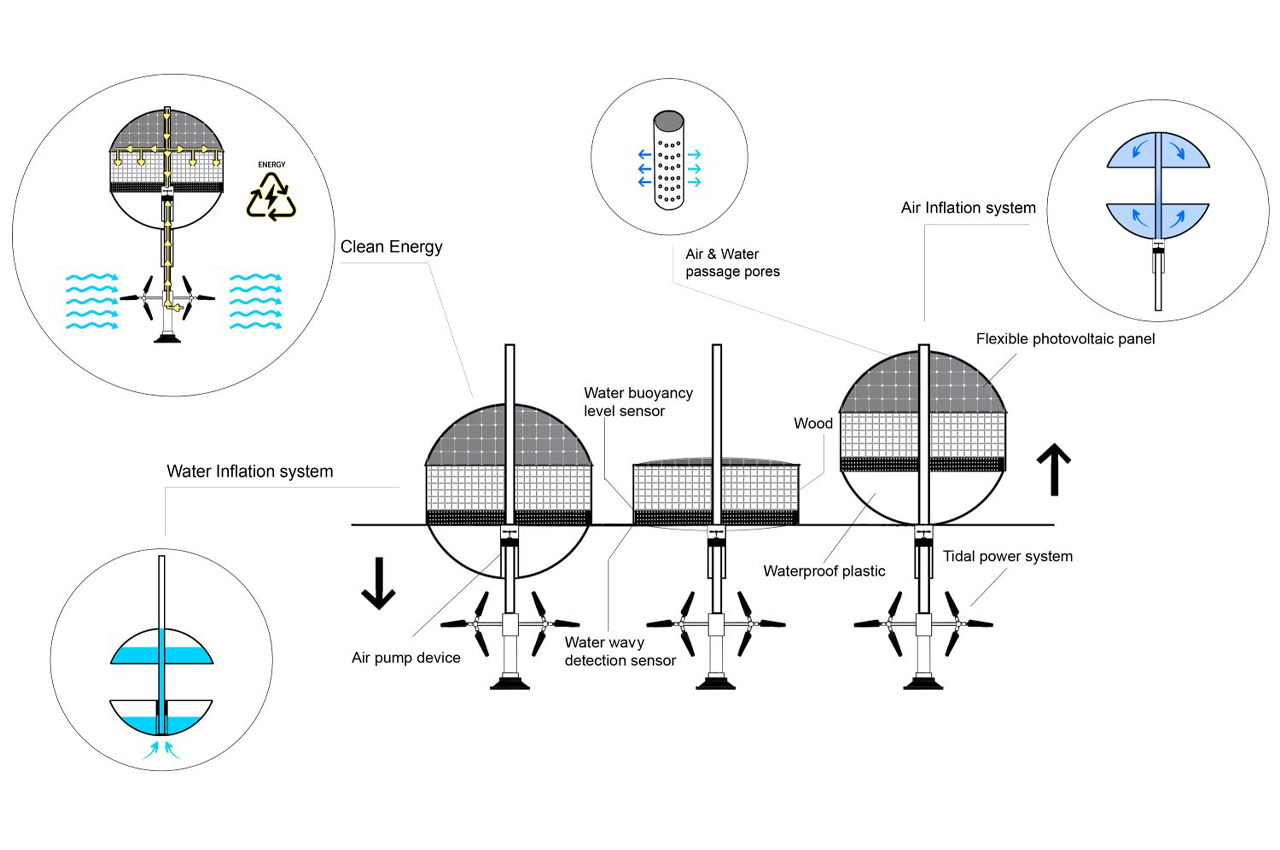 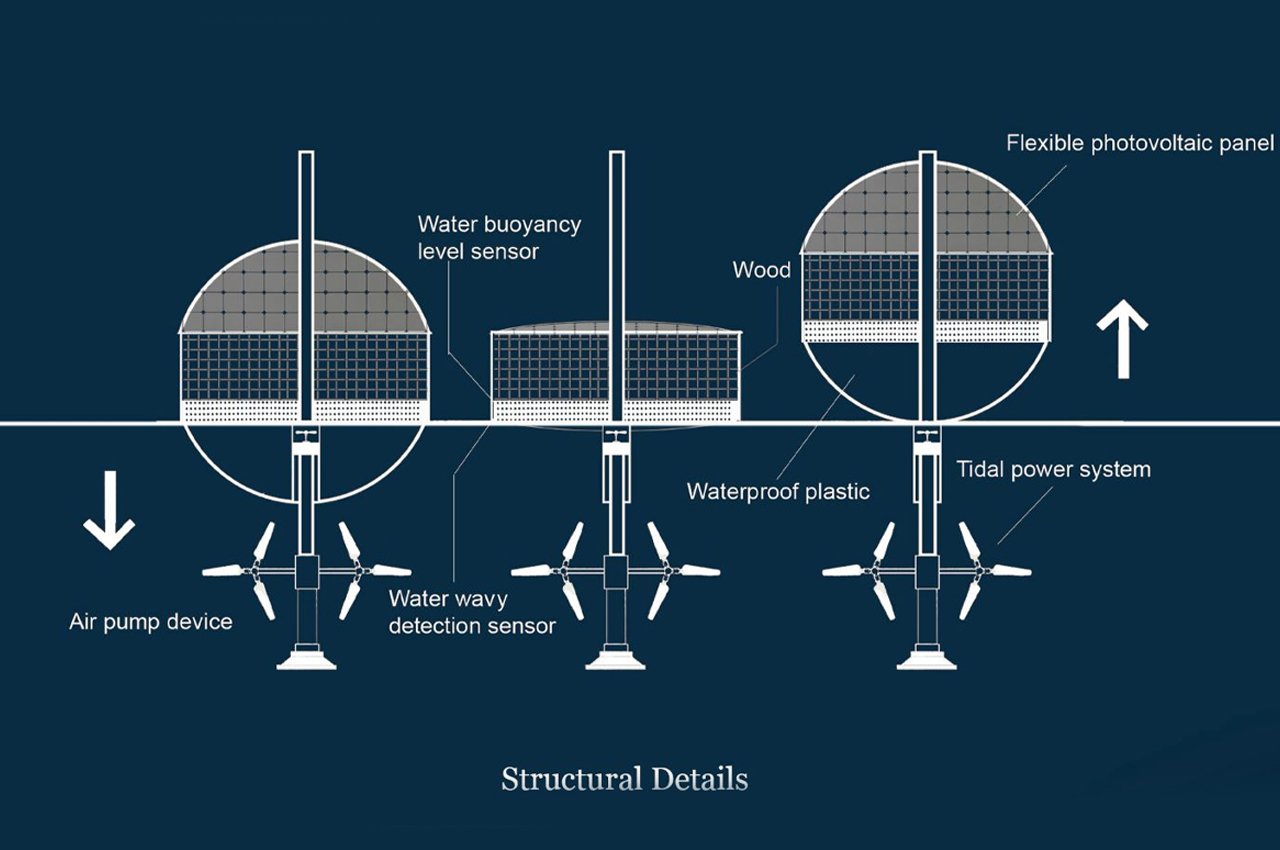 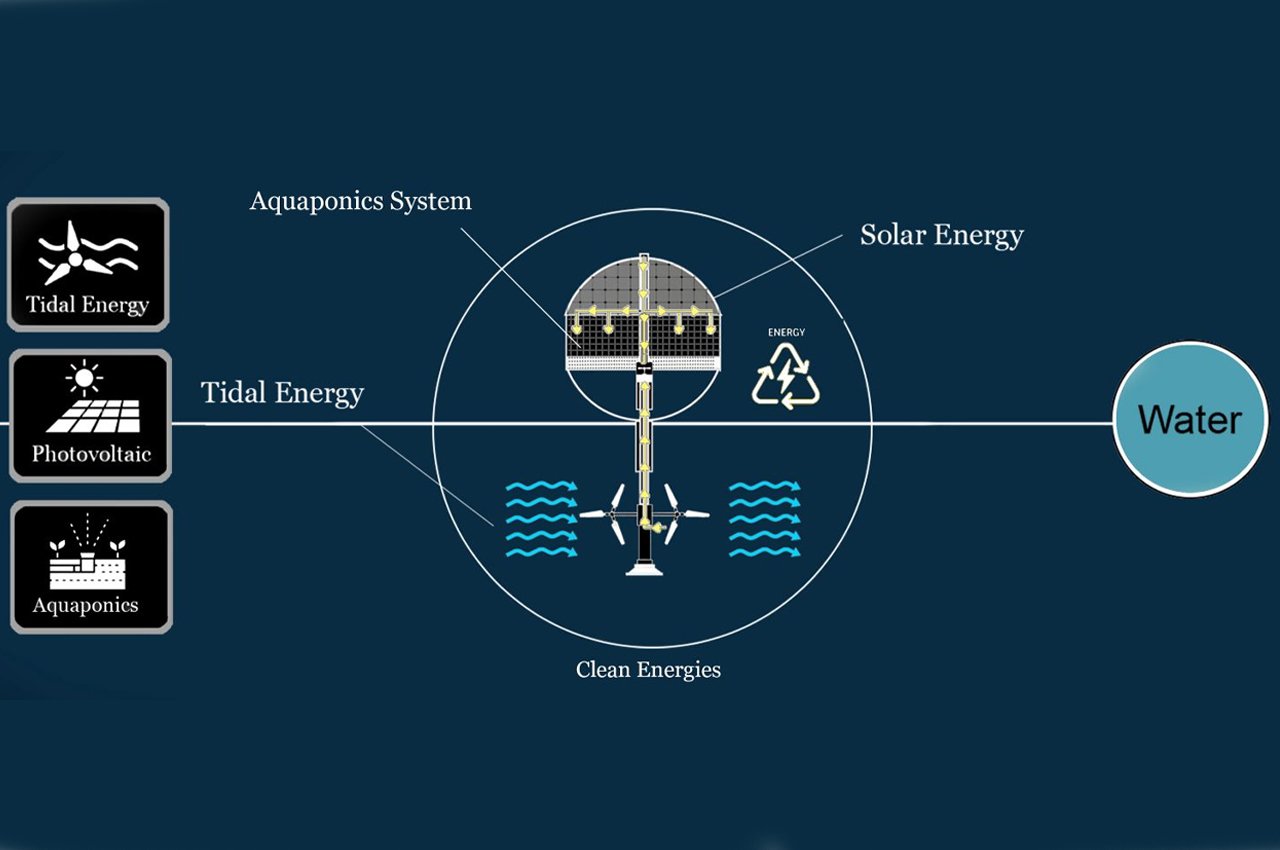 Aquaponics fill out the home’s interior, while solar power is generated from overhead photovoltaic panels and water energy is acquired from underwater tidal turbines. 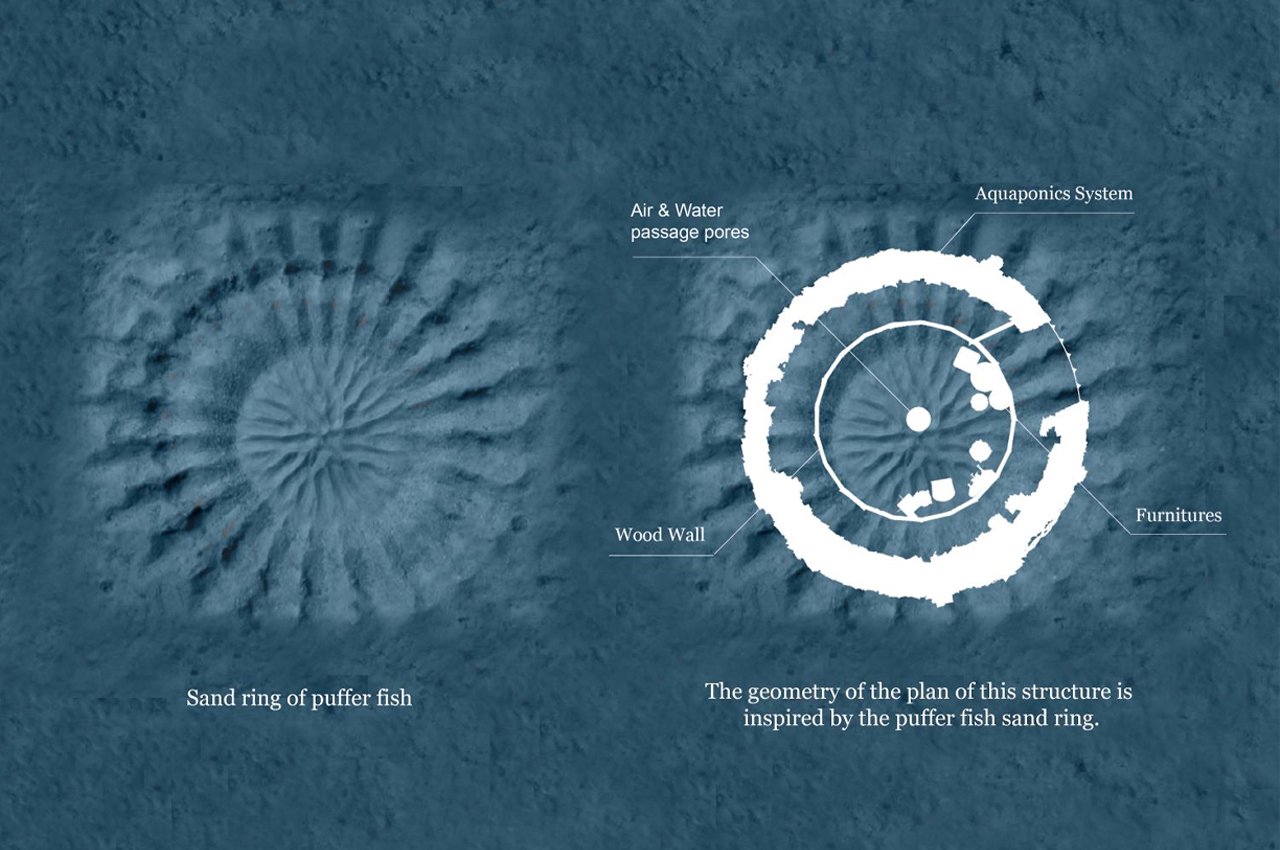 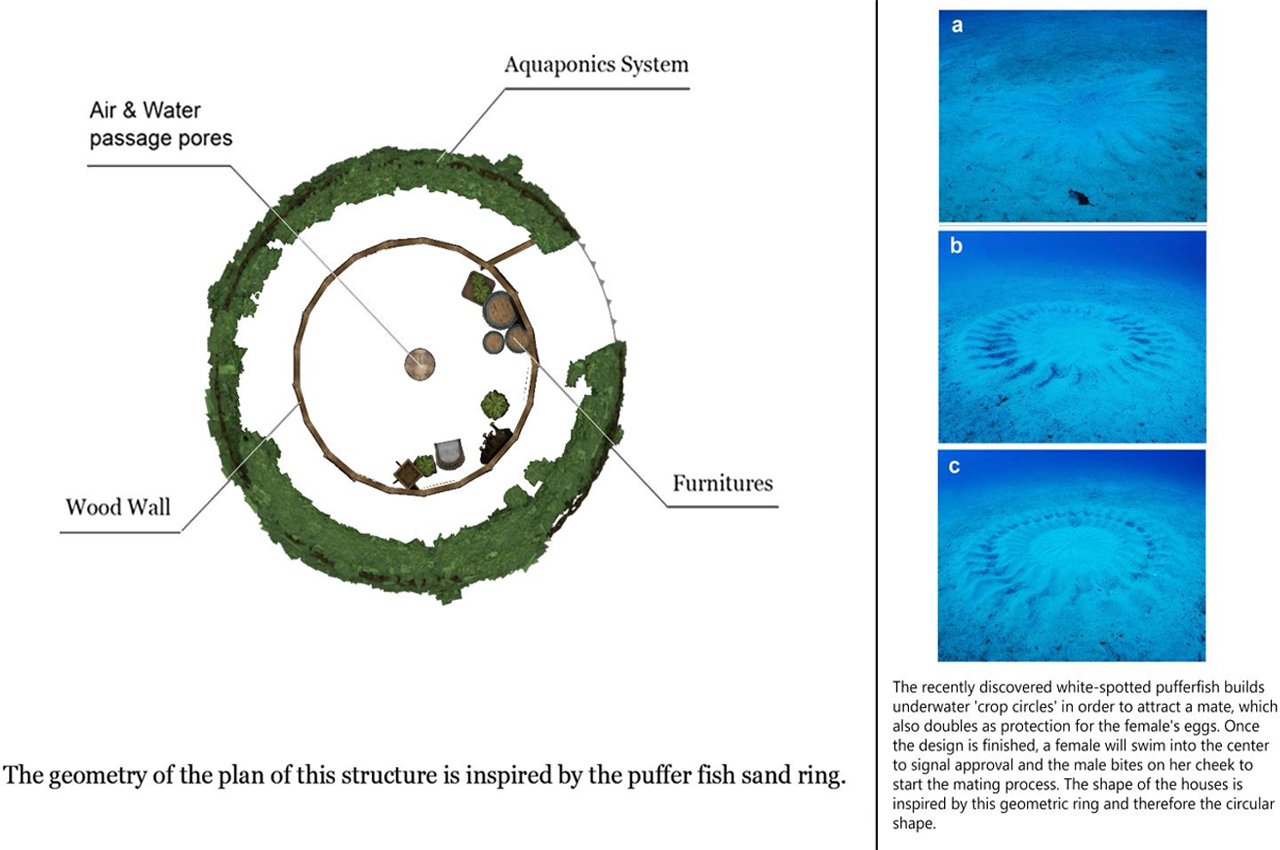 The home’s layout is inspired by the mating circle created by male pufferfish. 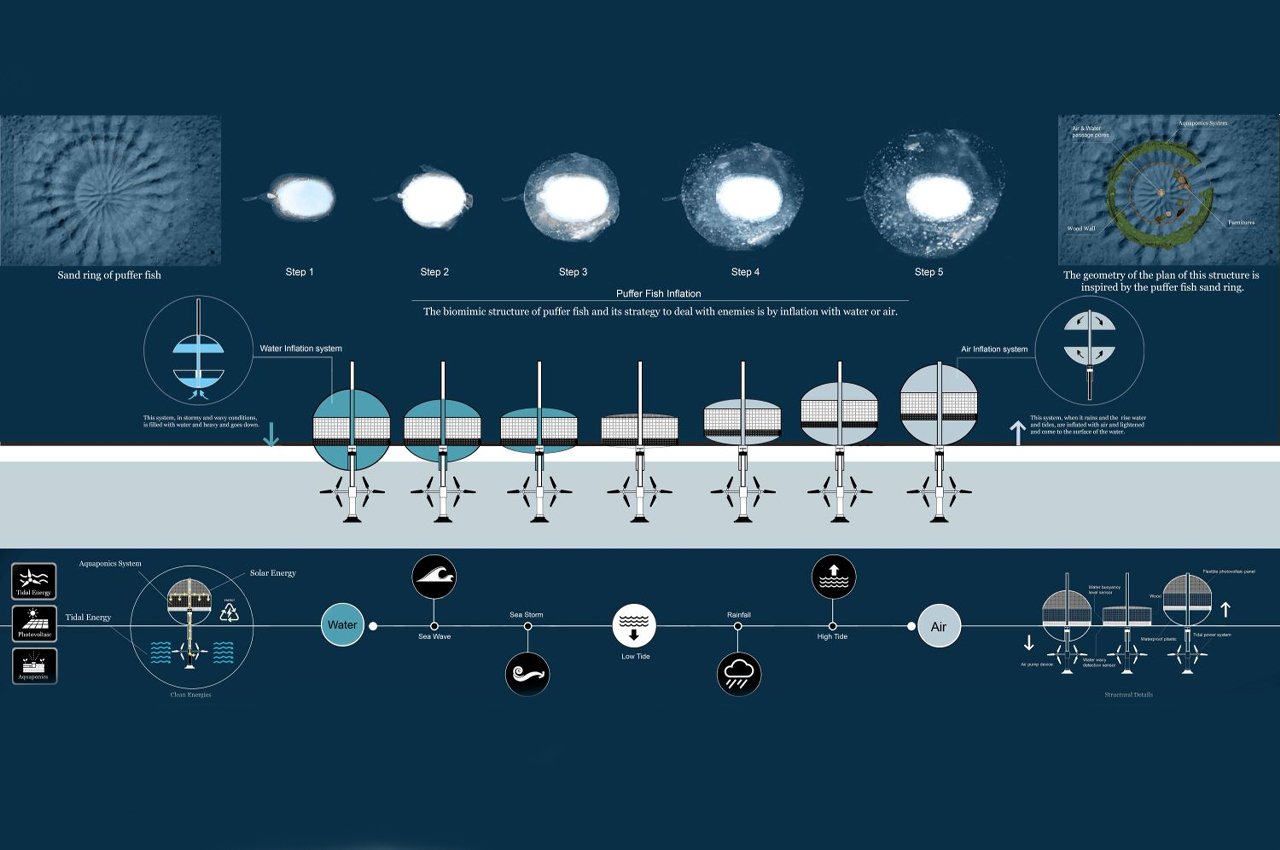 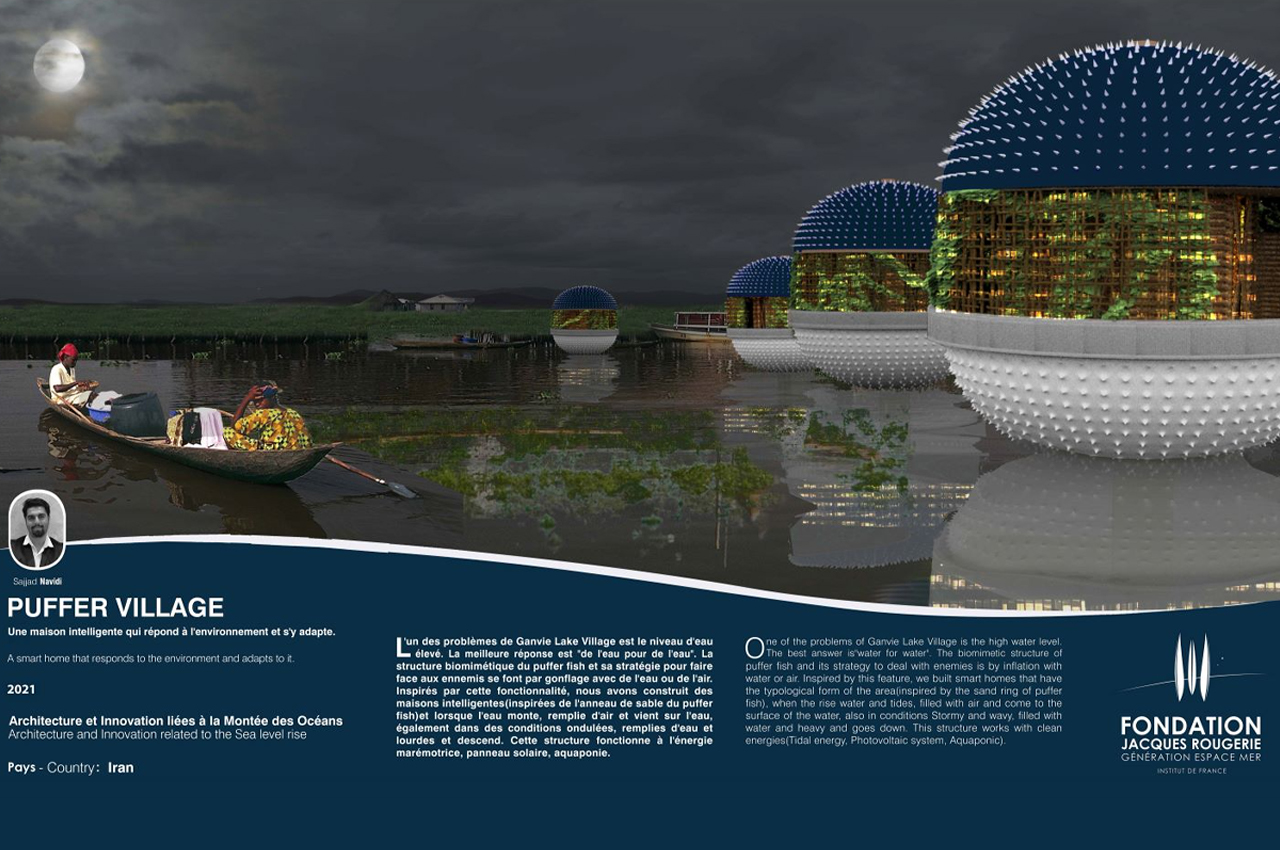 From steelmaking to 3D printing, this magnetic modular lamp design can light up every corner

Lighting can easily be overlooked, especially in office settings since work is often prioritized before interior design. The relationship between lighting and quality of…

Sunshine On A Rainy Day Means Loads Of Energy

2020 is really not that far away, but are we prepared to experiment with what Philips has conjured up for our housing options of the…