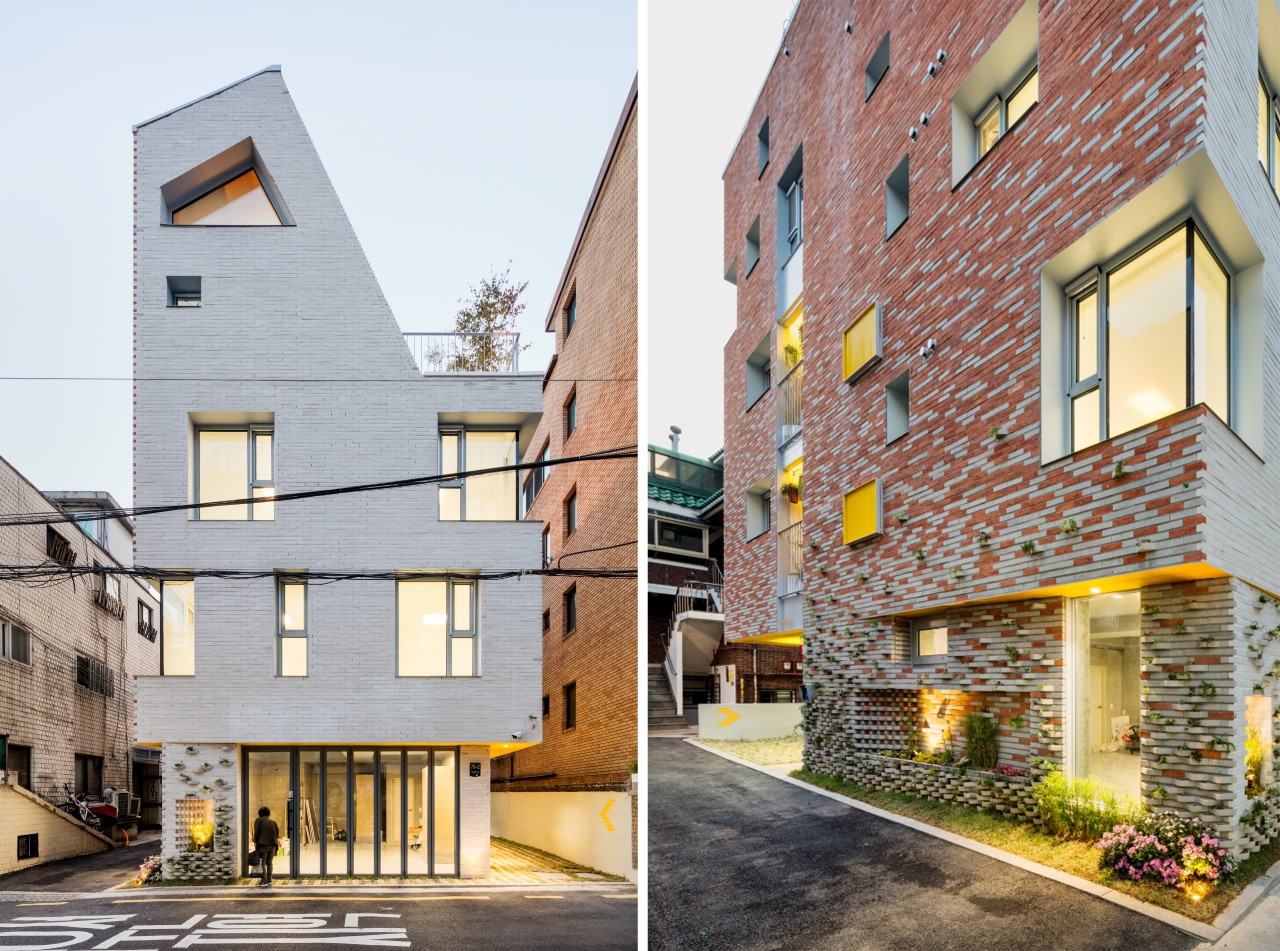 Created by architecture and interior design firm OA-Lab, the ‘Alley House’ is a small multi-family housing project with a brick facade, located in Seoul, South Korea. The house sits on a developed, relatively crowded street with buildings on either side… but the lack of proper space for a garden prompted OA-Lab to devise a clever workaround – turn the house into a garden itself! The Alley House comes with a beautifully earthy exposed brick outer facade, and the lower floor uses a stretcher bond bricklaying pattern with a few unusually designed bricks that also function as planters! These wavy bricks protrude out from the wall, providing a series of ‘shelves’ or basins to grow plants in. The hollow space within the bricks is enough to lay in some soil and add a few seeds, and given that the bricks are made from concrete, they’re perfect for containing the plants in too! 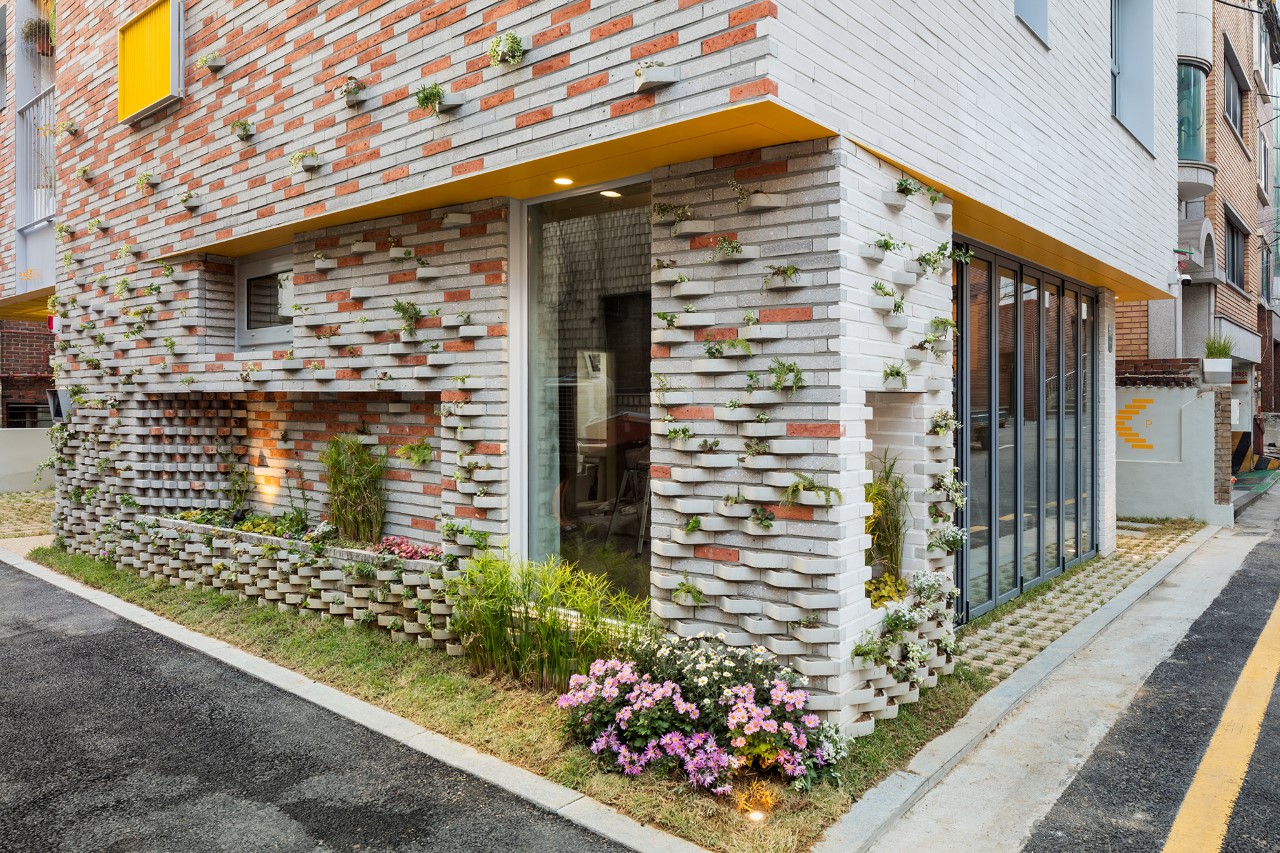 The bricks are located more densely on the ground level, so they can easily be watered manually every few days while also creating a vertical garden that runs along the perimeter of the building. The individual bricks are perfectly sized for smaller plants, offering the possibility of a tiny flower or herb garden, and when fully cultivated, add a beautiful touch of greenery to the white and red color scheme of the building’s exterior! 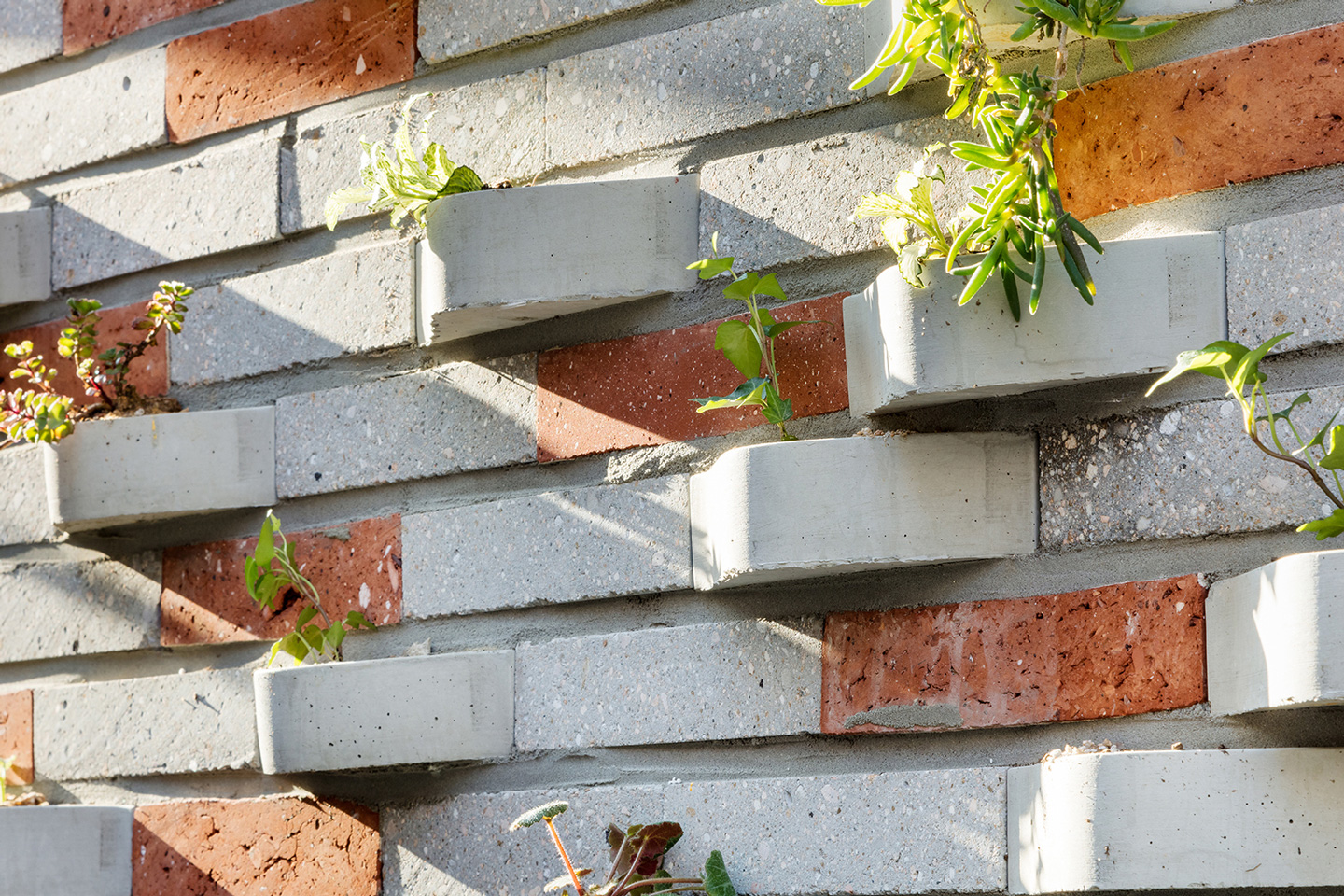 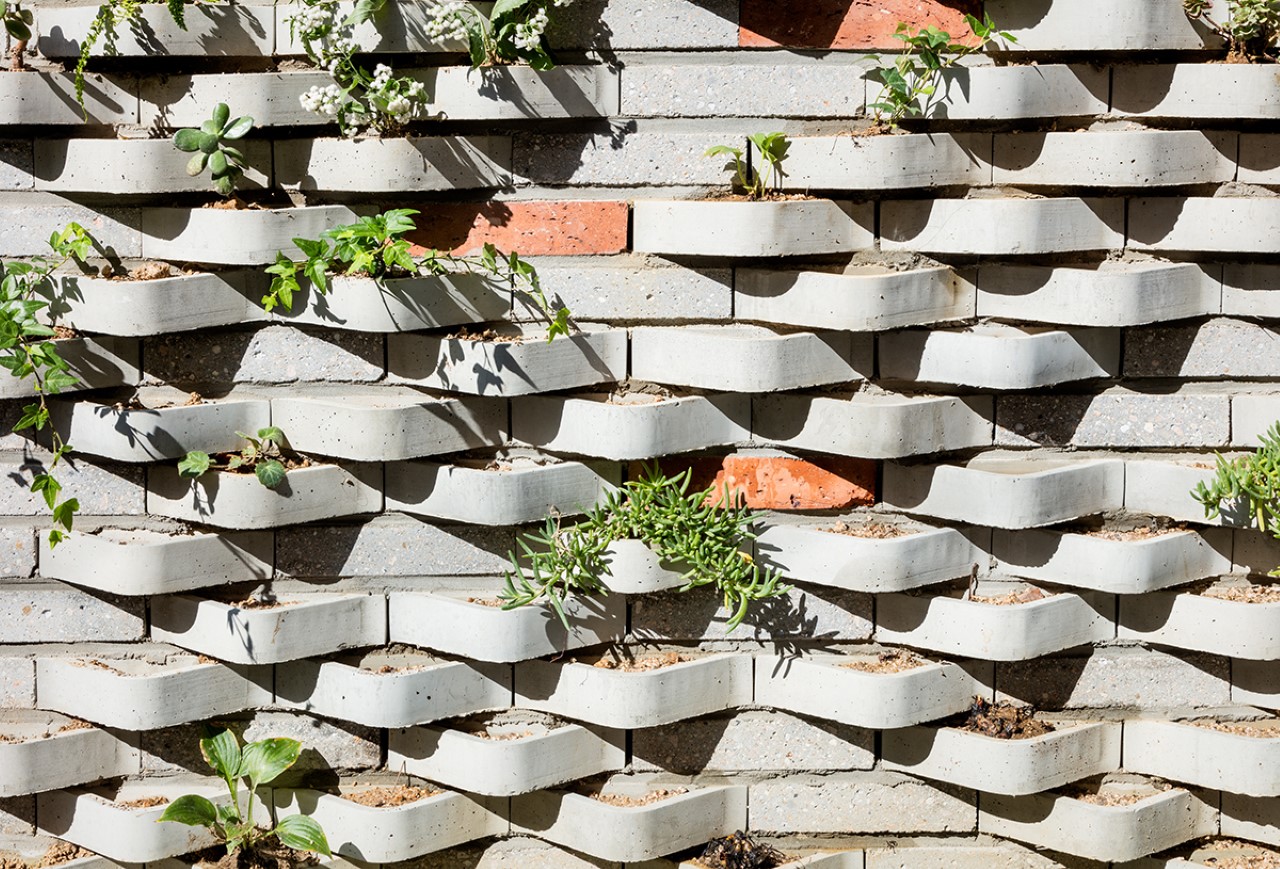 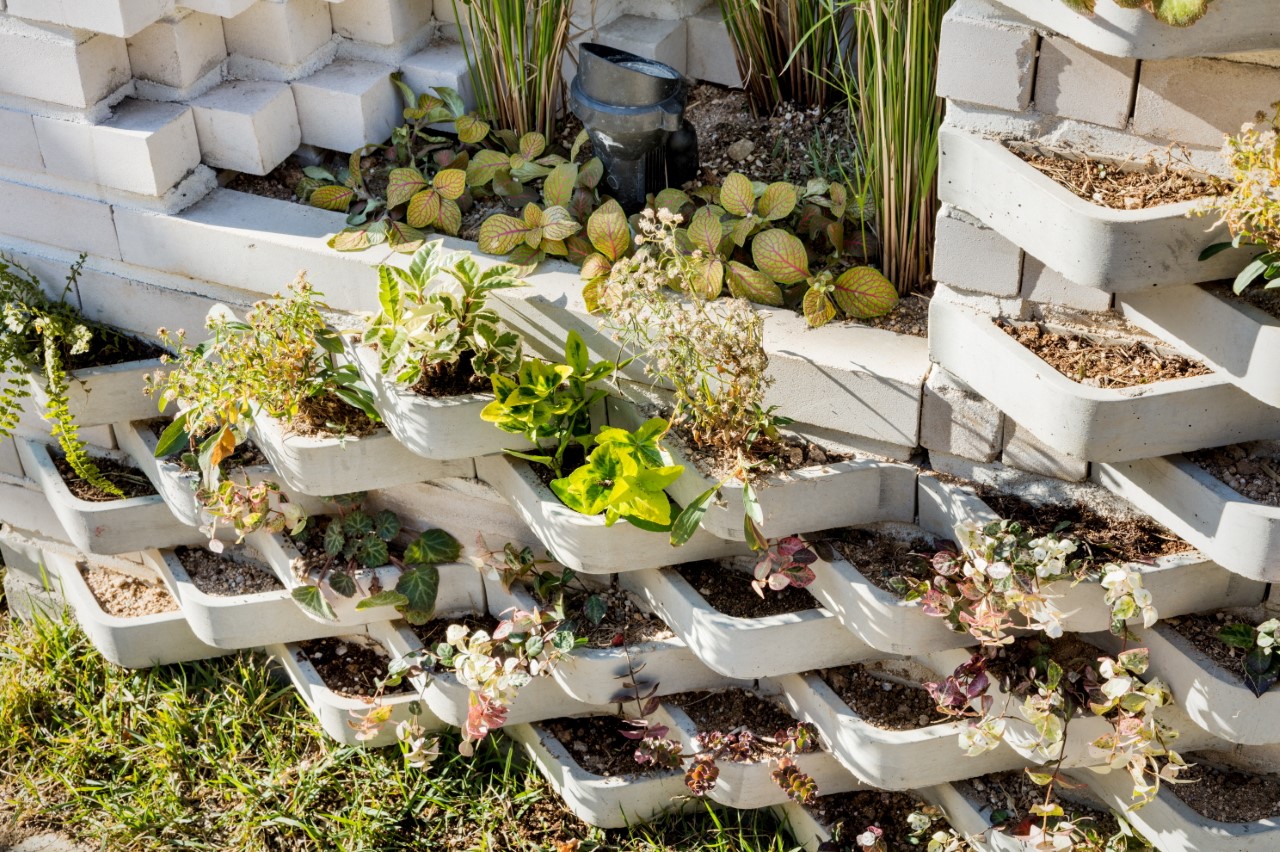 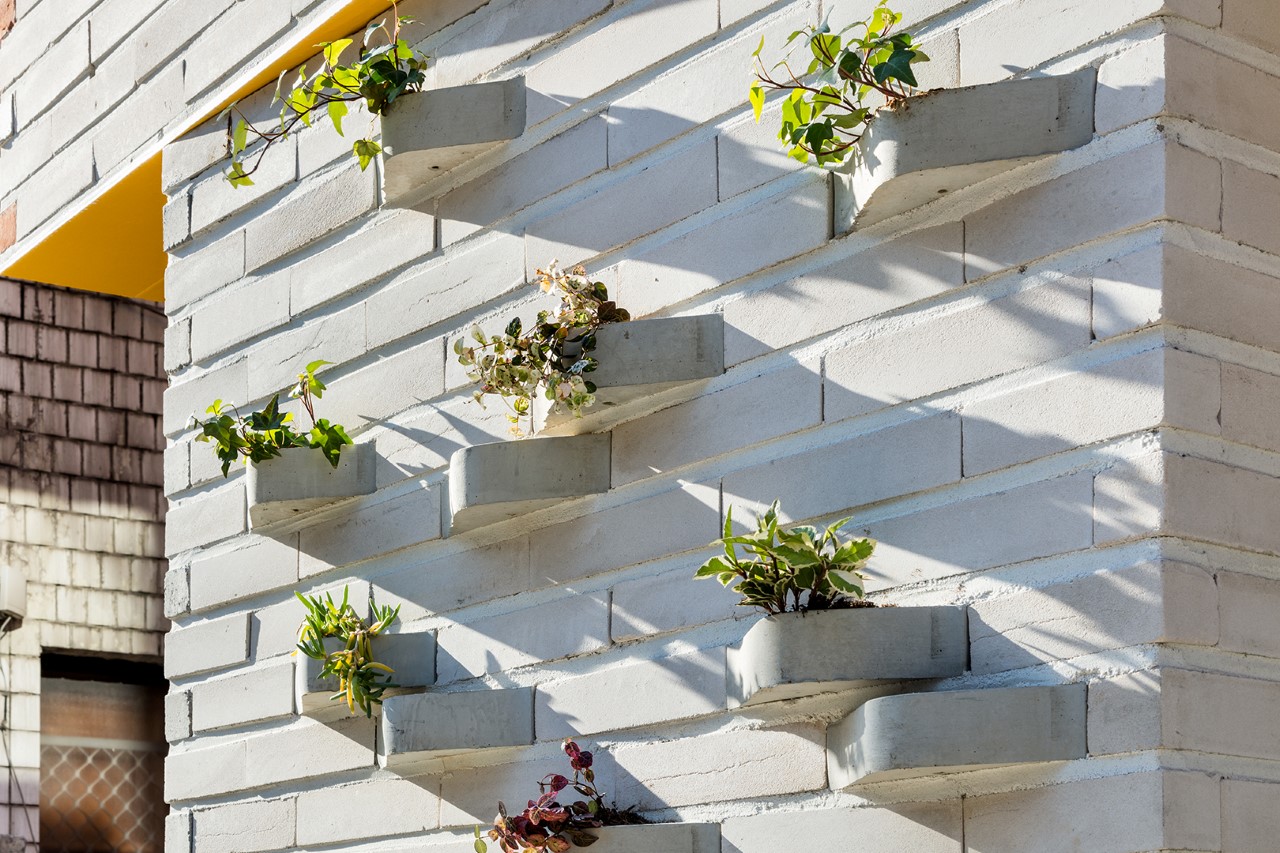 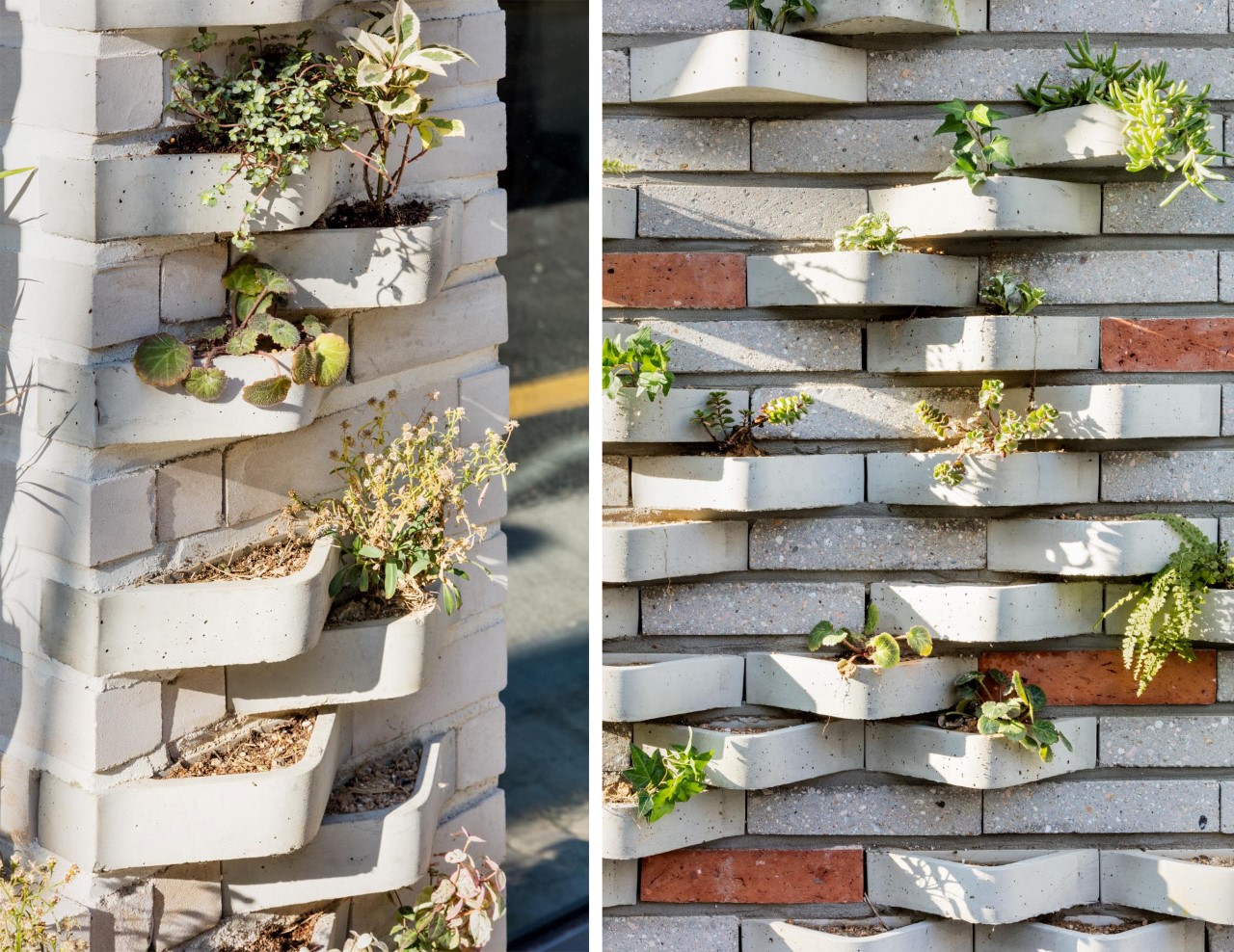 Tiny home setups that prove why micro-living will be the next big trend: Part 4

Sometimes when I get done with my day, there is a moment when I stop and wonder how much simpler life would be if I…

Can’t afford that add on for your music, game, entertainment, pool, bar, kid home from college room? The Suburban Tipi may be the answer. Inspired…

This prefabricated cabin is a holiday retreat that balances a rustic personality with modern details!

Iniö is a prefabricated log home from Pluspuu designed for a Switzerland-based Finnish couple who’d like a holiday retreat in their hometown of Heinola. Pluspuu…