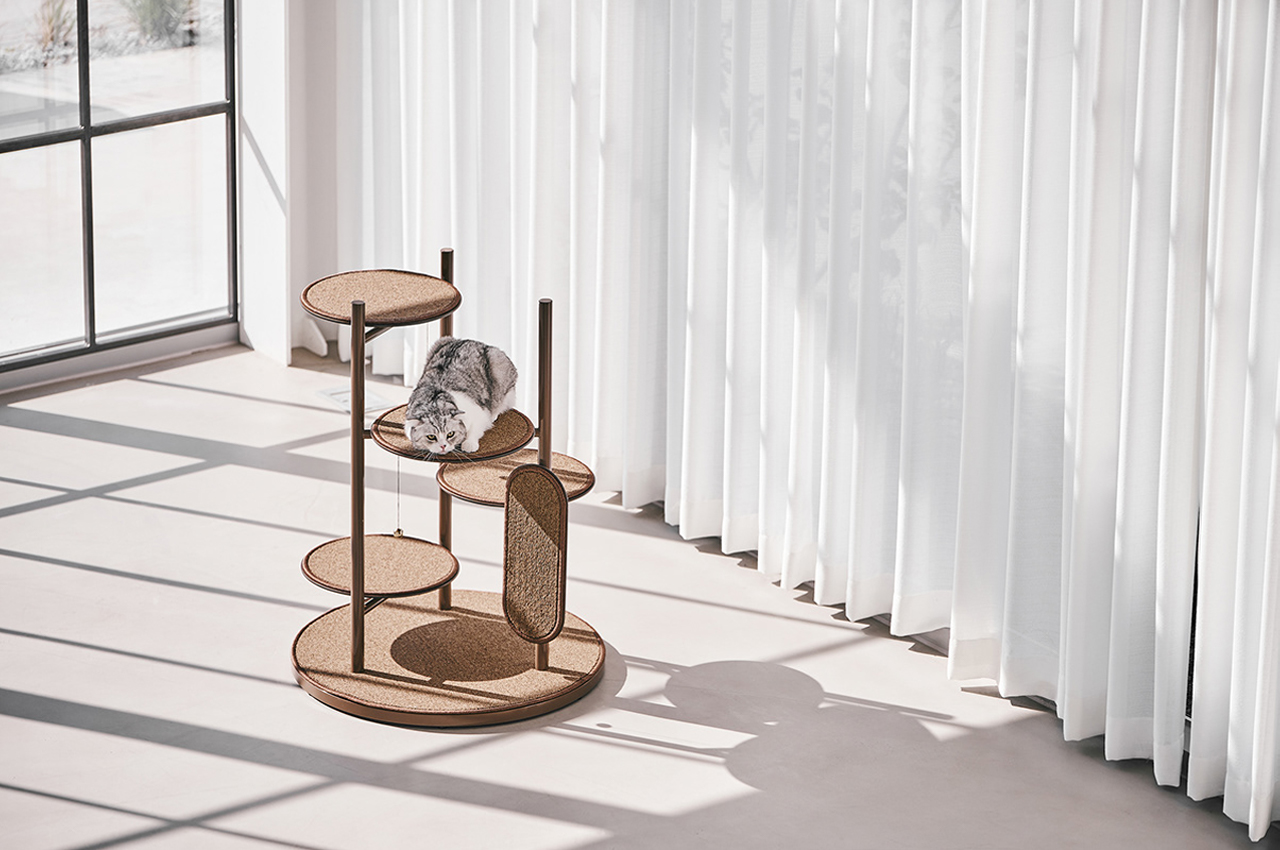 Finding cat furniture that fits in with the rest of your living room can feel like an impossible feat. Stringy, carpeted cat towers don’t do anything to bring out sleek modern design elements and all scratching posts do is take up space on the living room floor. Back in 2020, Jiyoun Kim conceptualized a modular cast tower specifically designed for shorter cats and those with limb issues. Giving rise to its next-generation counterpart, Kim’s Three Poles Cat Tower has fuller proportions and a stronger base for cats of all heights and sizes. 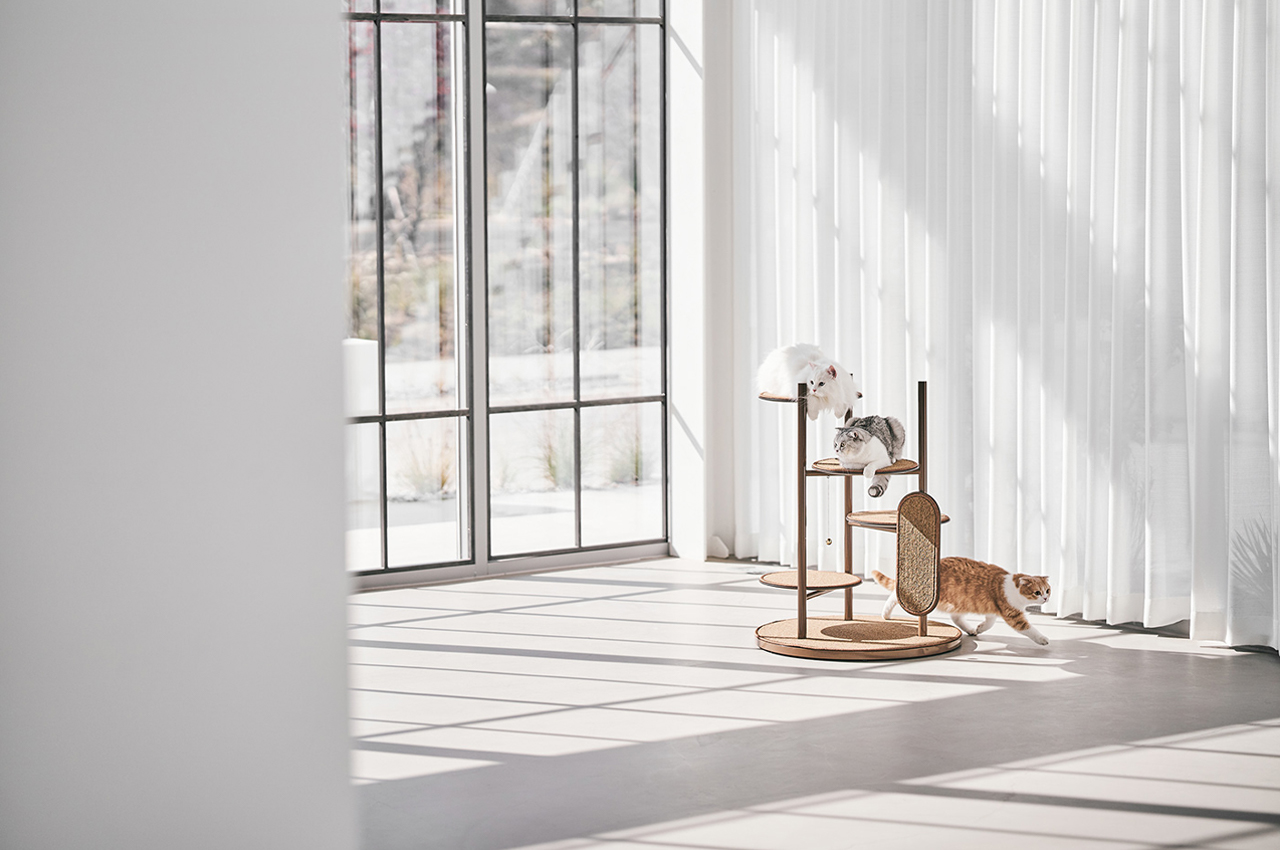 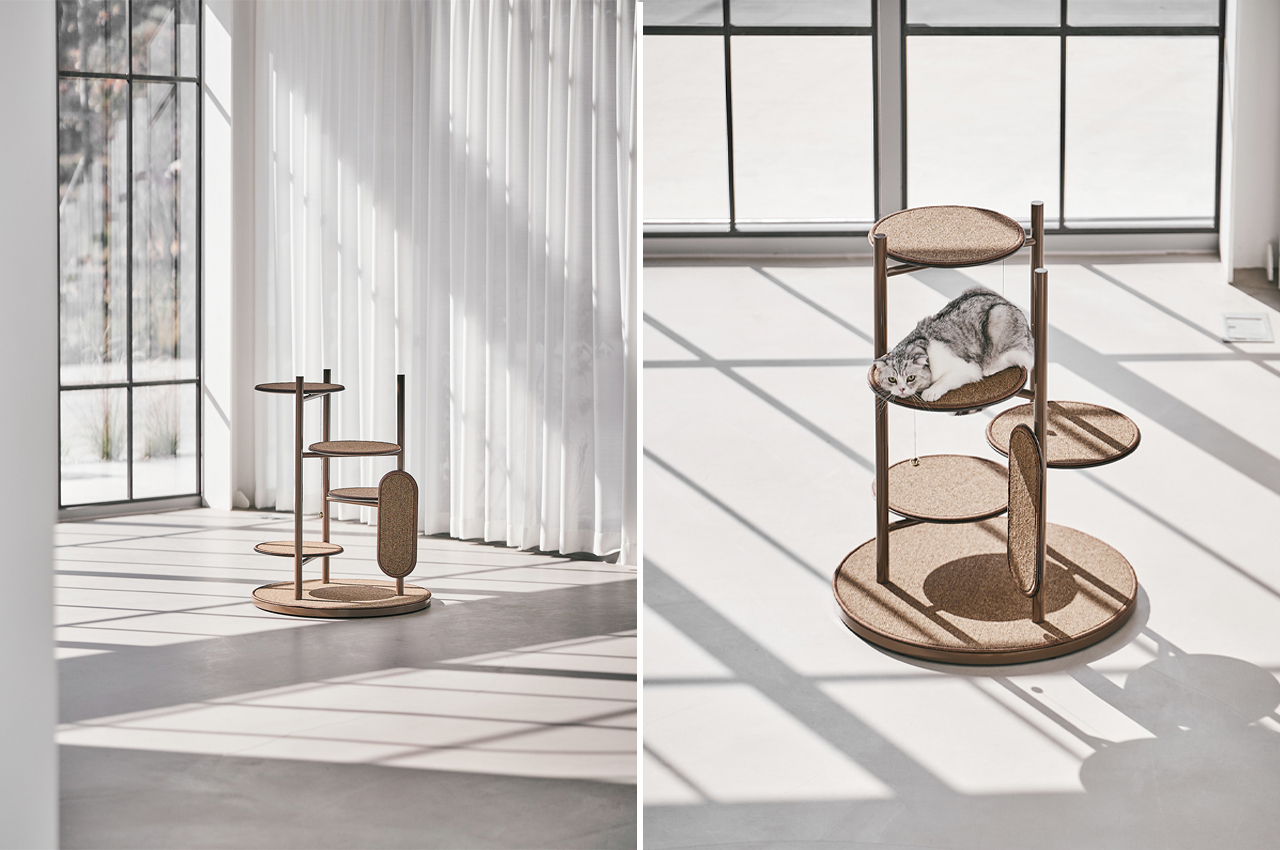 Originally developed for cats and humans to co-inhabit the same living spaces without compromising interior design, Three Poles Cat Tower maintains the same midcentury flair that defined its predecessor and strengthened the overall build of the tower for cats to play around without fear of falling. Speaking to the redesign of Three Poles Cat Tower’s earlier model, Kim notes, “The overall proportion was carefully redesigned, and the lower metal base was strengthened, so it could be harmonious alongside the normal type tower while being easier for short-legged cats to use.” 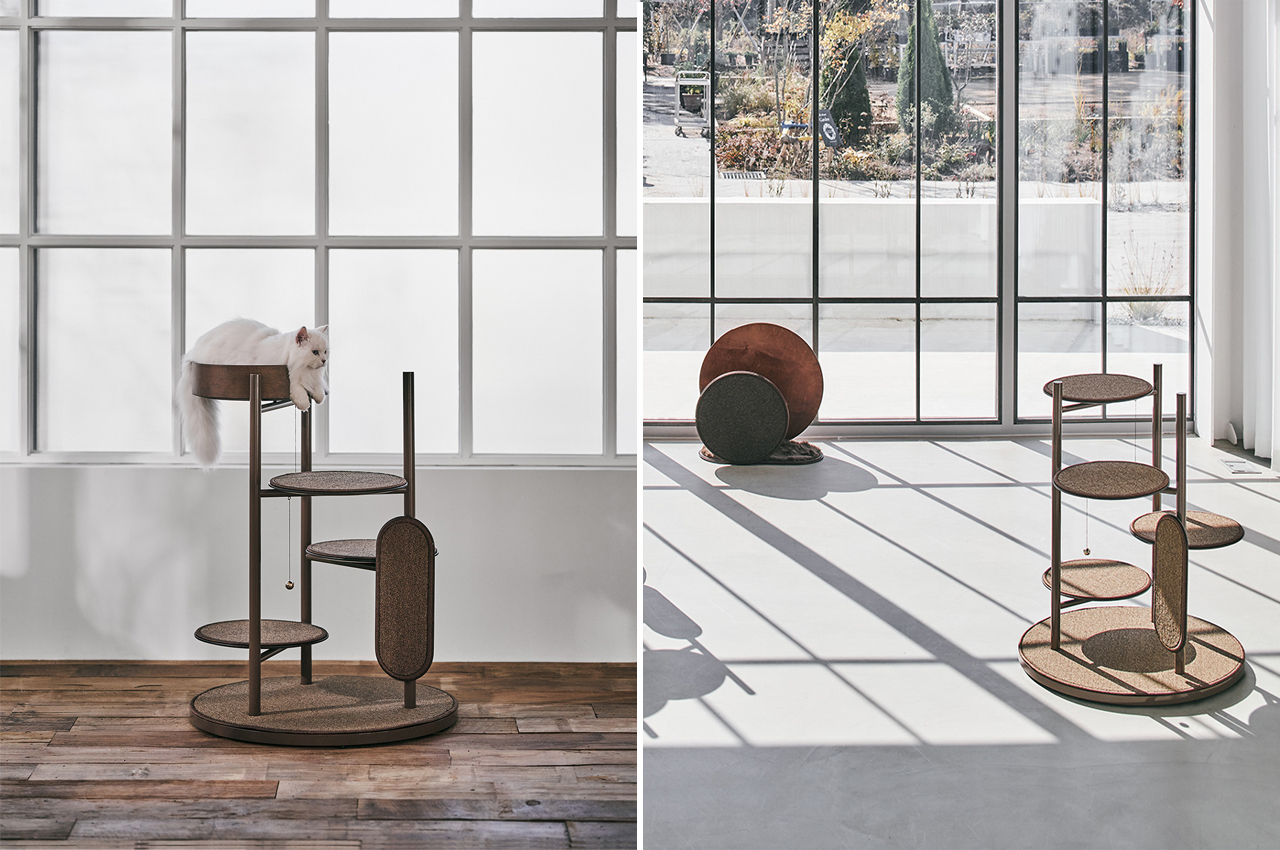 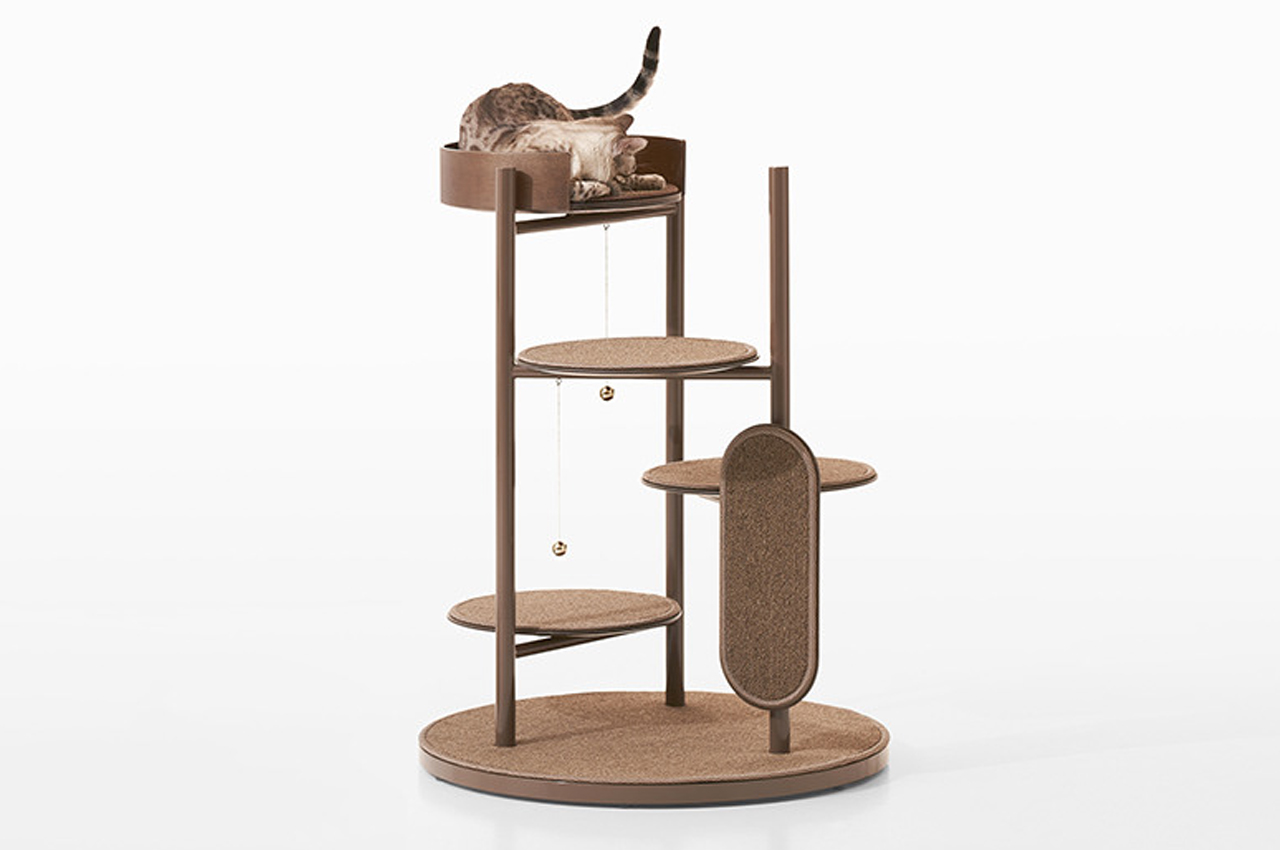 Starting with the unit’s base, Kim pays tribute to the OG cat towers that featured thick, plush carpeting from top to bottom. Stripping it back to a tightly drawn, thin layer of dense carpet, the base of Three Poles Cat Tower is soft to the touch, without the stringiness of long, thick carpet covers. Three poles bloom from the base to create contact points for resting perches to latch onto, creating four circular bases that rise in staggered order towards the top of the tower, where a bell and string hang for your cats to poke at and pluck. 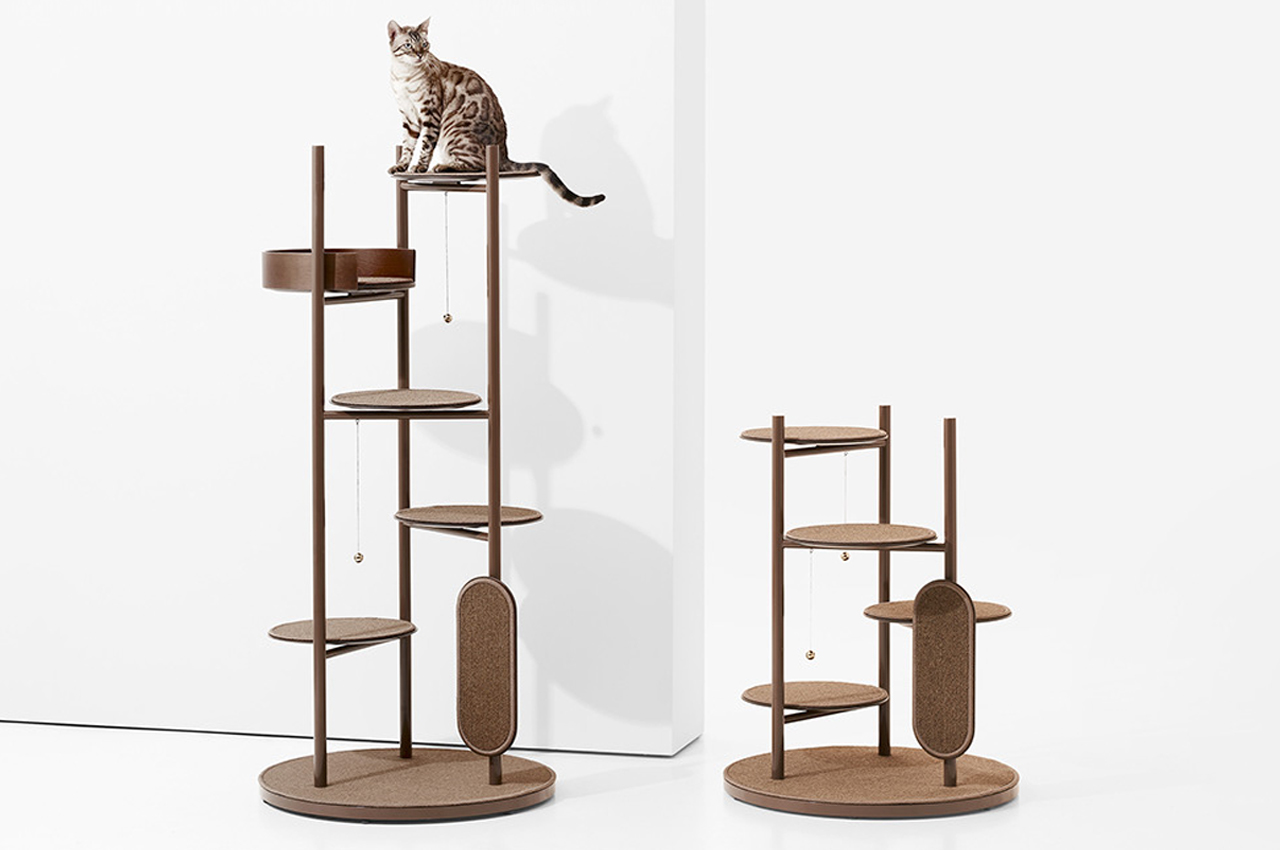 Additional modules can attach to the top poles to create taller towers. 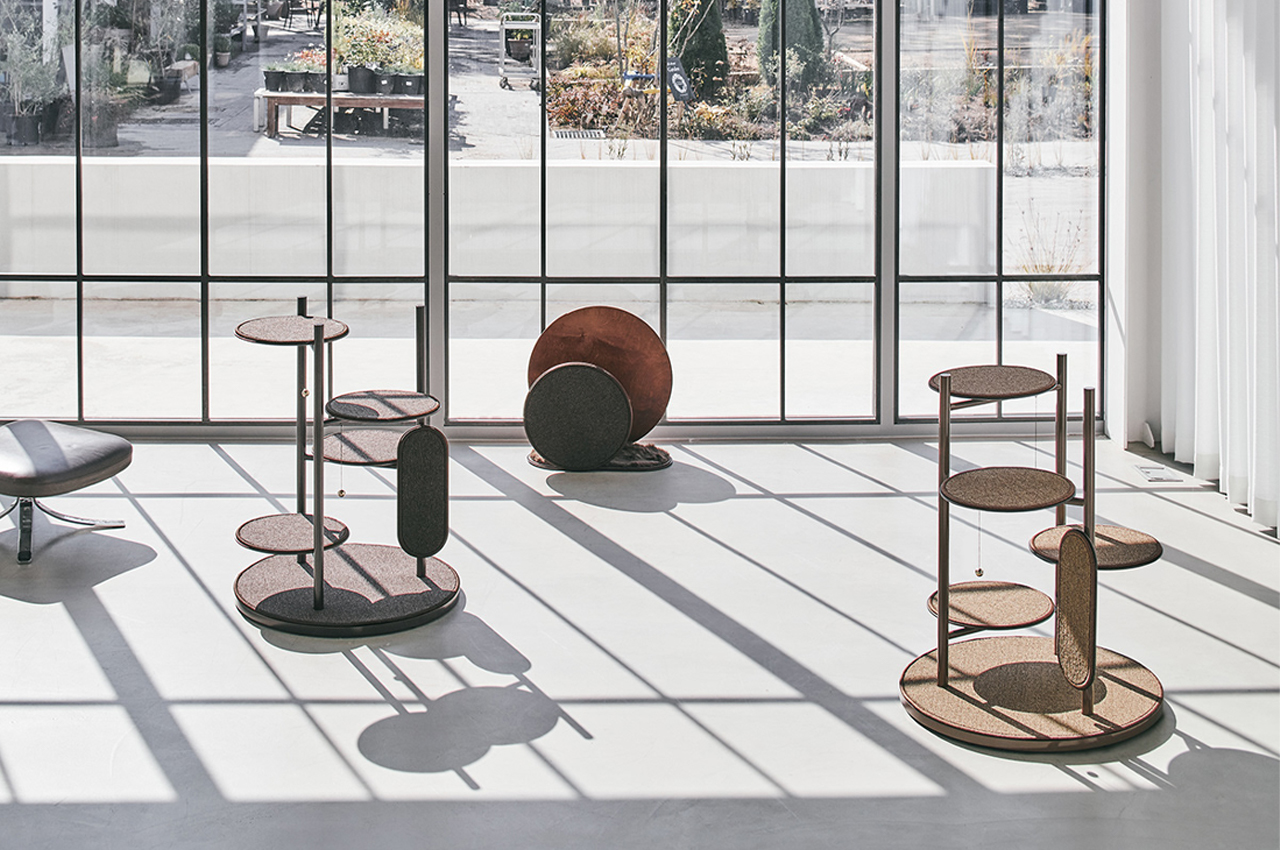 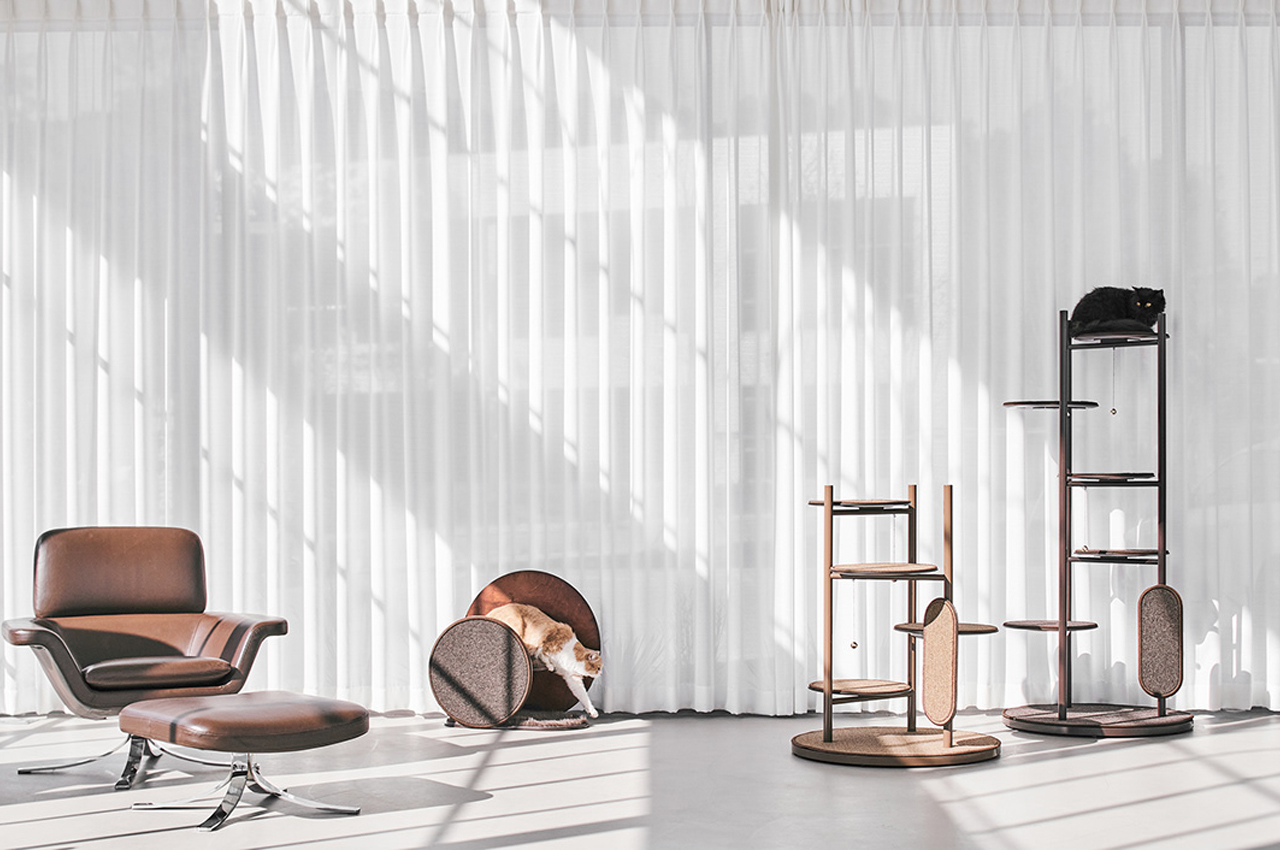 With a midcentury modern flair, the Three Poles Cat Tower fits into any contemporary living room with dark design elements.

Detailed Furniture designs that put your IKEA furniture to shame!

Classic furniture designs are called classic for a reason – the first thing you buy/gather as an adult is a table, chair, and a bed….

The latest from CatastrophiCreations, the Cat Mod is a system of modular feline furniture that users can customize for their kitties! Version 2.0 of the…

Sofa that Reflects its Designer by Kati Meyer-Bruhl

Create your own individual living room sofa from a choice of designs, fabrics and cover combinations. The result a sofa that reflects its designer. Fashion…