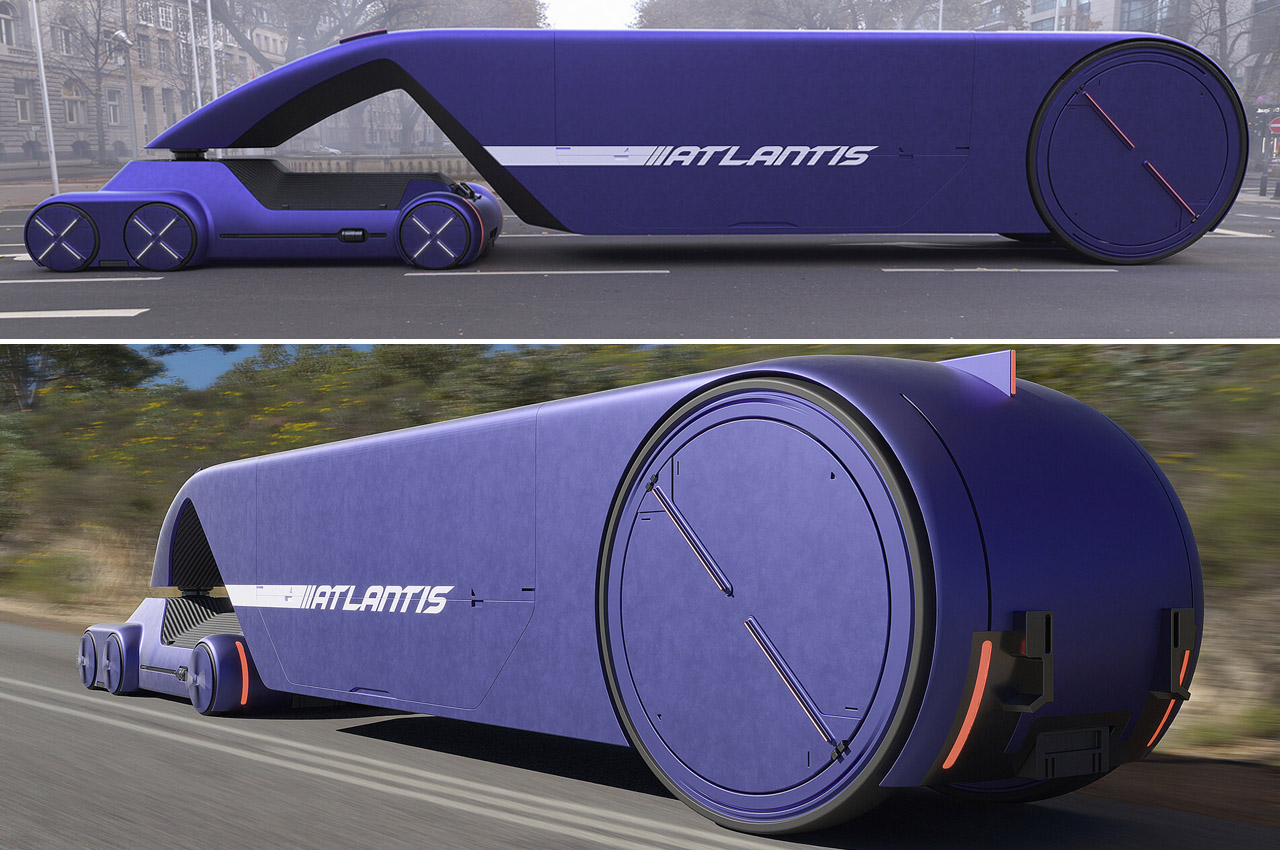 A Level 5 autonomy electric truck with a peculiar trailer design highlighted by the humungous set of sole rear wheels which provide superior grip on the road at high speeds. Of course, there are some shortcomings of this ideation but I love the overall visual appeal.

Electric semi-trucks developed by companies like Mercedes-Benz, Volvo, Daimler, Nikola Motors, Ford, and Tesla are paving way for the future of freight trucking across the globe. Some of them even have autonomous mobility dreams, and eventually, we’ll see such semi-trucks speeding past us on the freeway. Joining in on the race to develop fully autonomous semi-trucks is this concept design by Roman Dolzhenko in collaboration with industrial designer Dmitry Voronezhtsev. 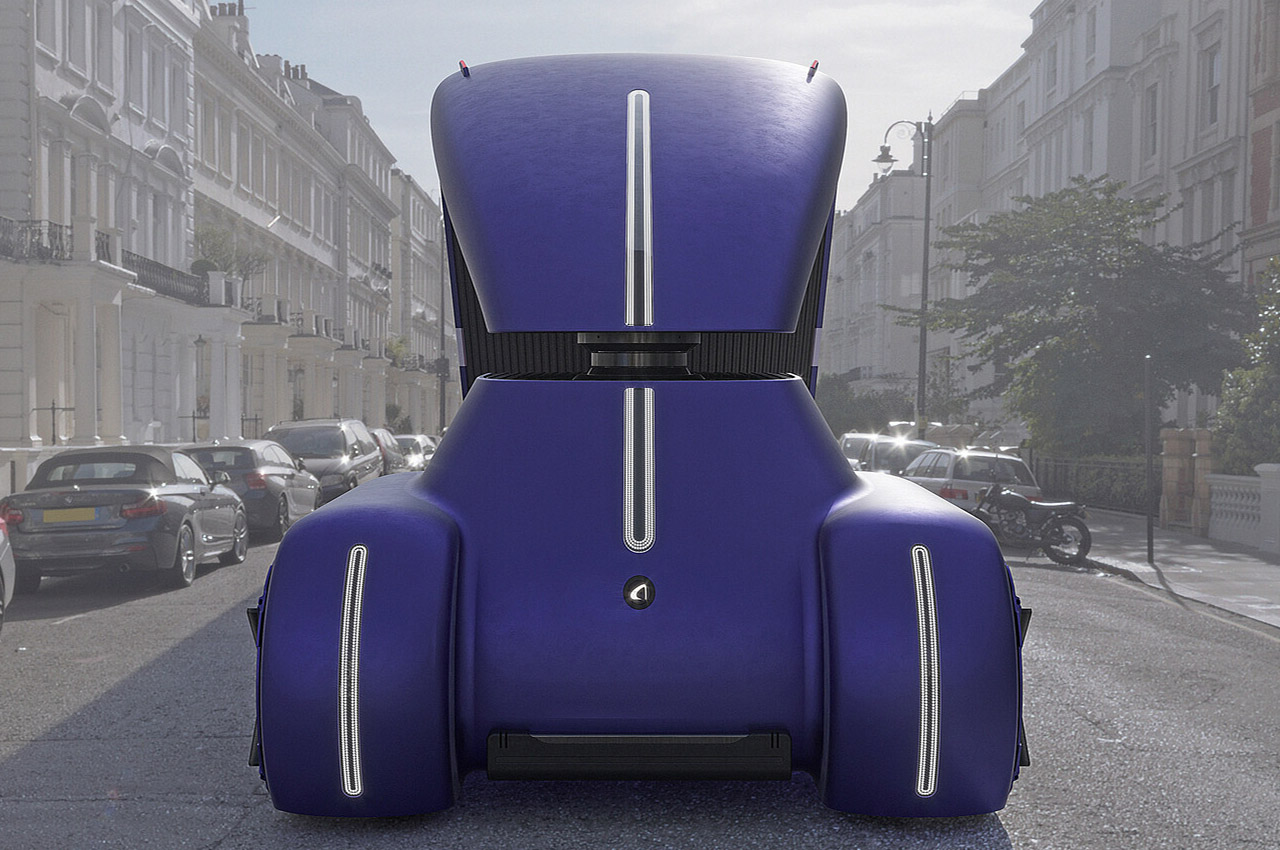 The electric tractor christened ATLANTIS is going to have Level 5 autonomy with no compartment for the driver or any human intervention. This will be highly useful in hauling time-sensitive cargo to pre-defined destinations, completely taking the human intervention out of the equation. The electric truck has a very out-of-the-box design which looks nothing like we’ve seen so far. Even the Volvo Vera, Tesla Semi, or the Ford F-Vision look a tad ordinary in comparison to this one. Something relatable to this ultra-futuristic design is the conceptual Polestar 10-wheeler modular trailer or the Tesla Autonomous E-Rig semi concept design. 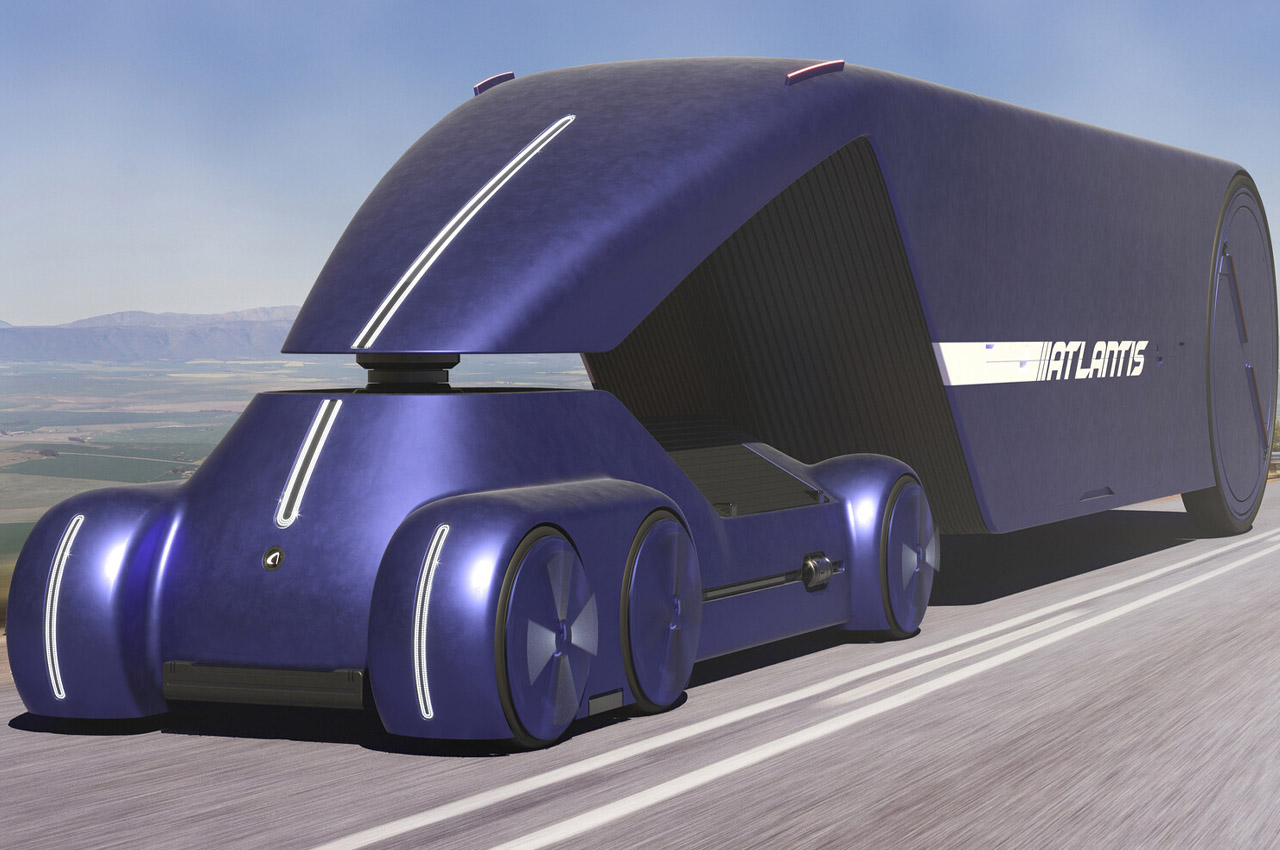 The reason, this fully autonomous electric semi has a huge rig with even bigger wheels right on the rear. In fact, they are as big as the trailer. On the road, these wheels move independently to the tractor pulling it up ahead, which also has a set of independently moving wheels to maneuver the turns and tight spaces for practicality. The ride height of the trailer is not high enough for it to tread the uneven terrains and the sole set of big wheels poses another challenge for flexibility on banked roads or swapping it with another set of wheels in case the existing ones go rouge. That’s clear indicative, the ATLANTIS is envisioned for freeways just like the Road Trains operational in Australia! 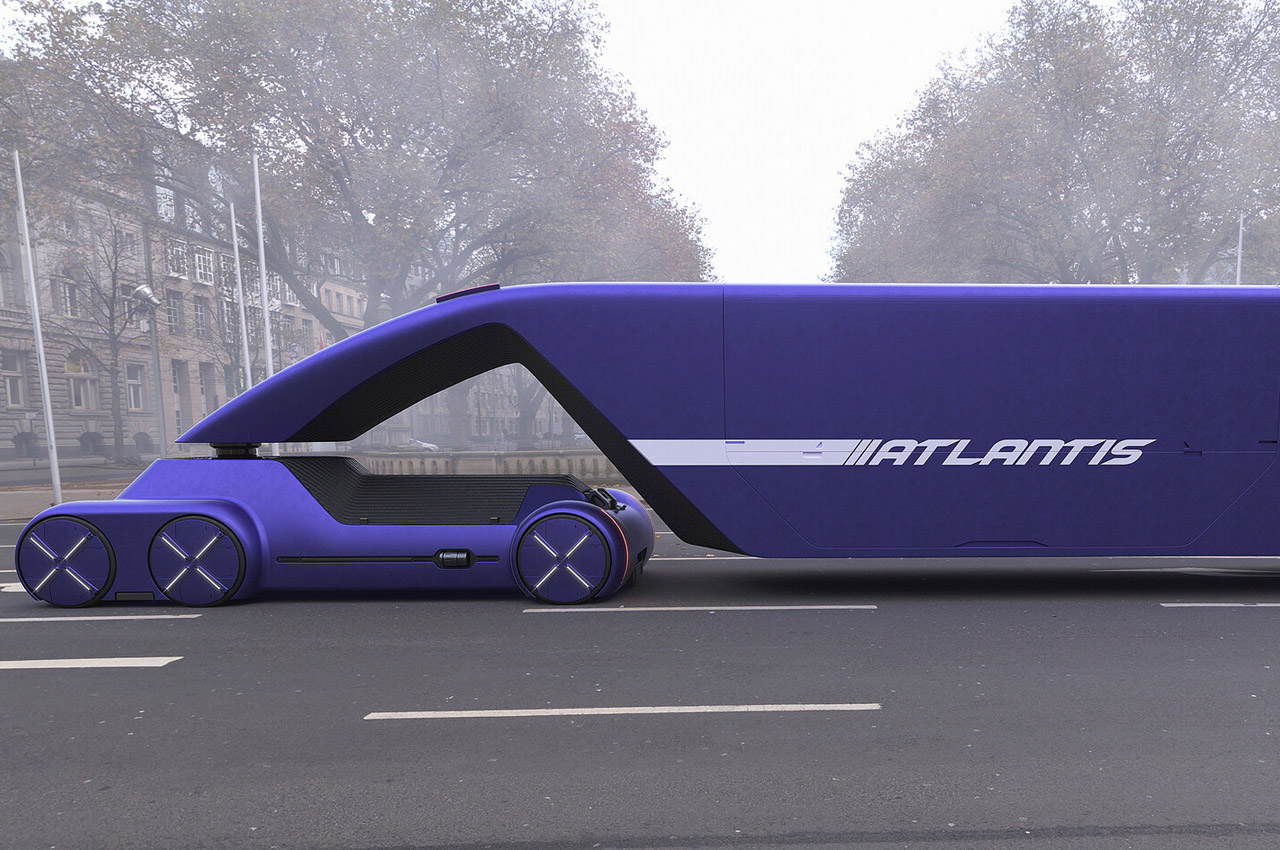 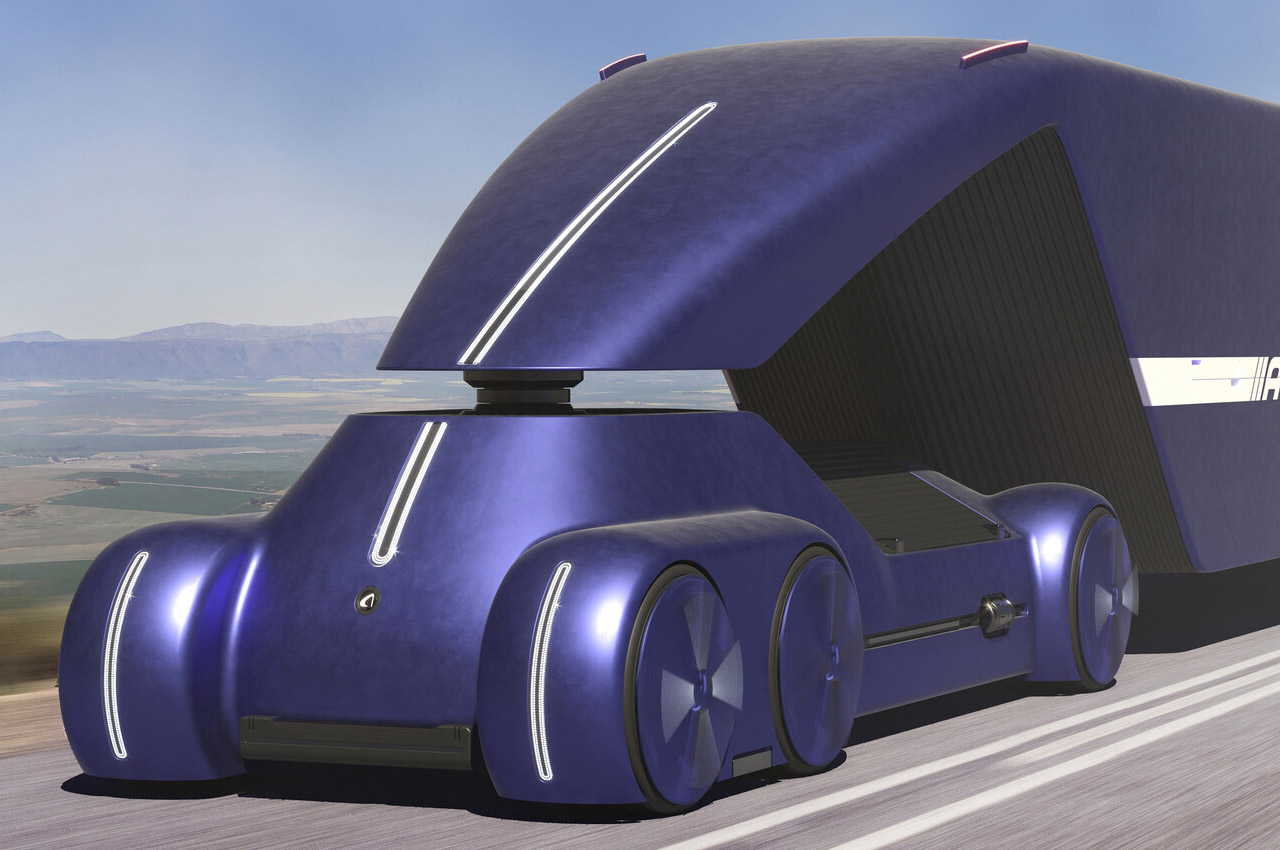 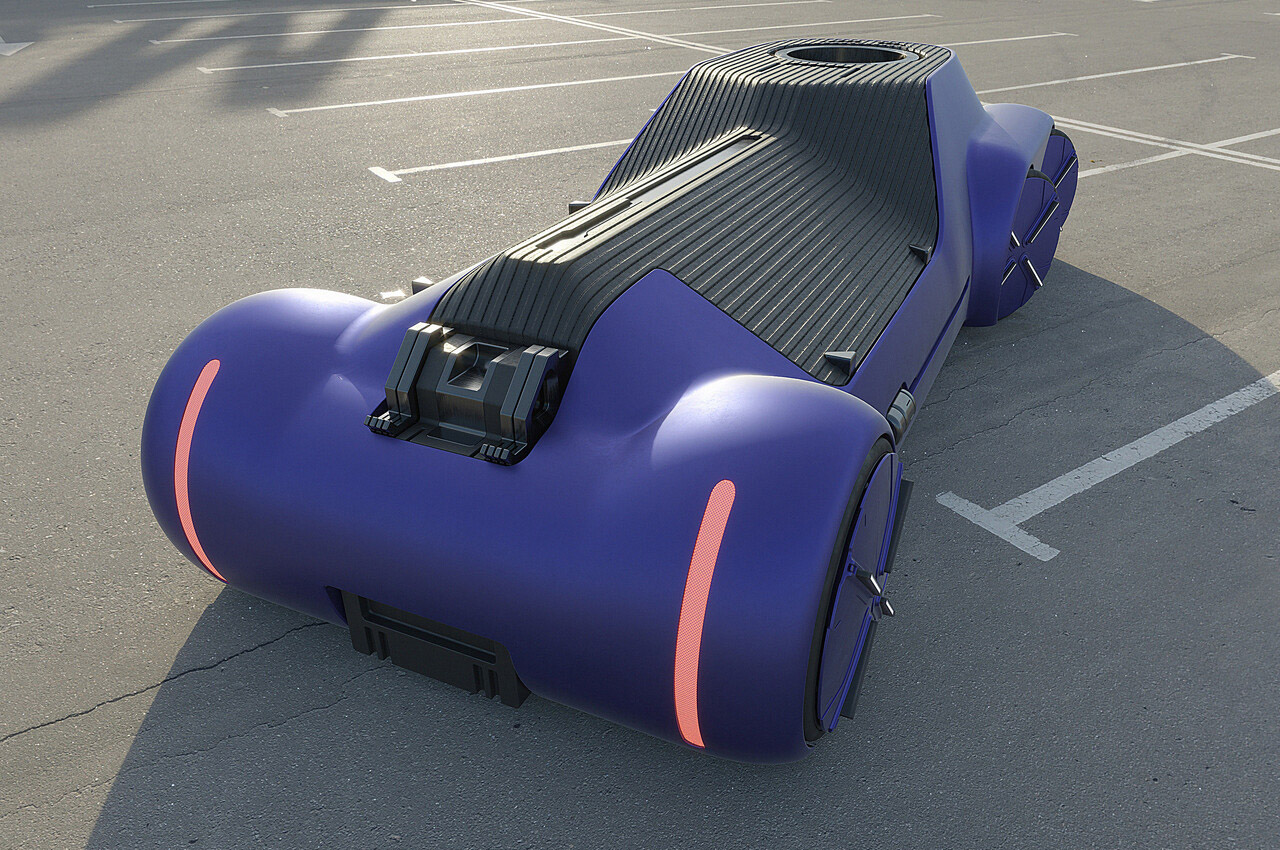 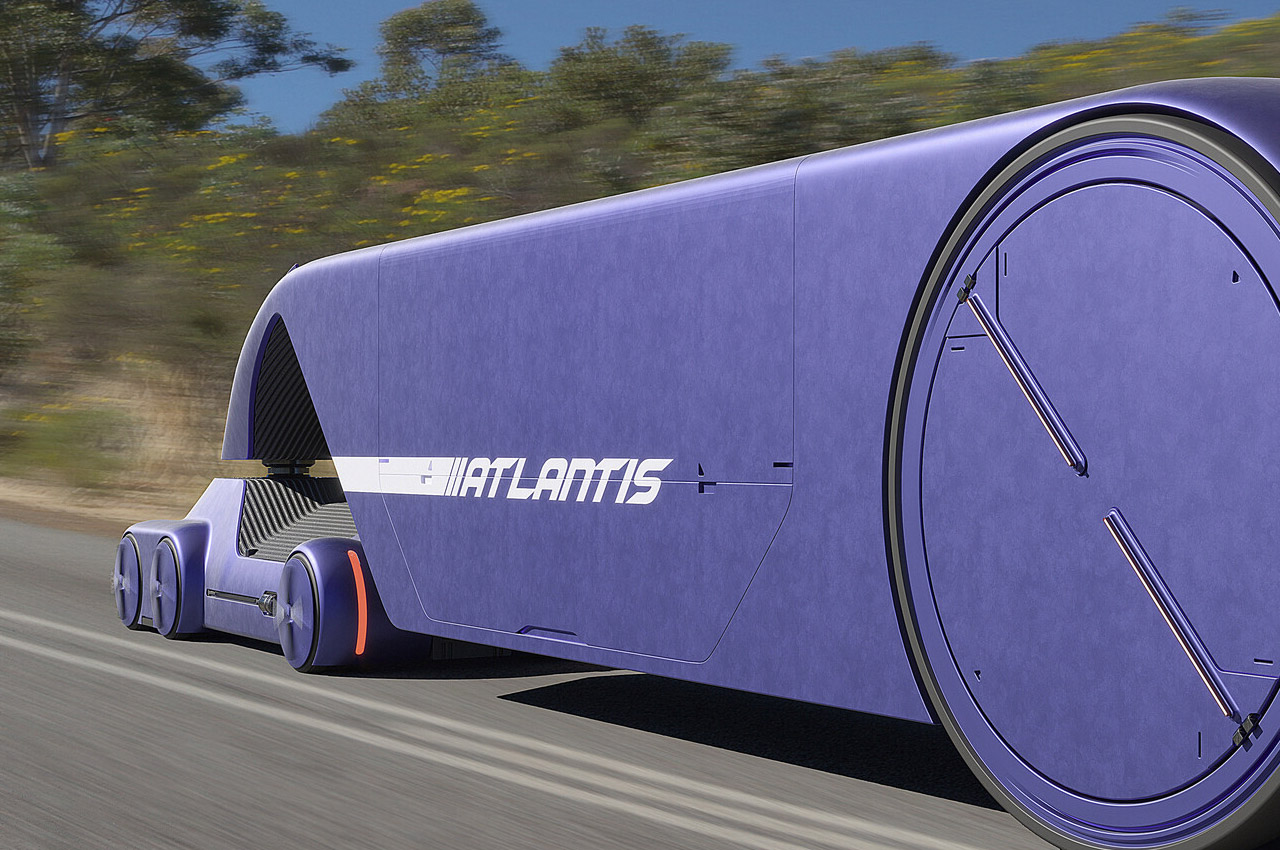 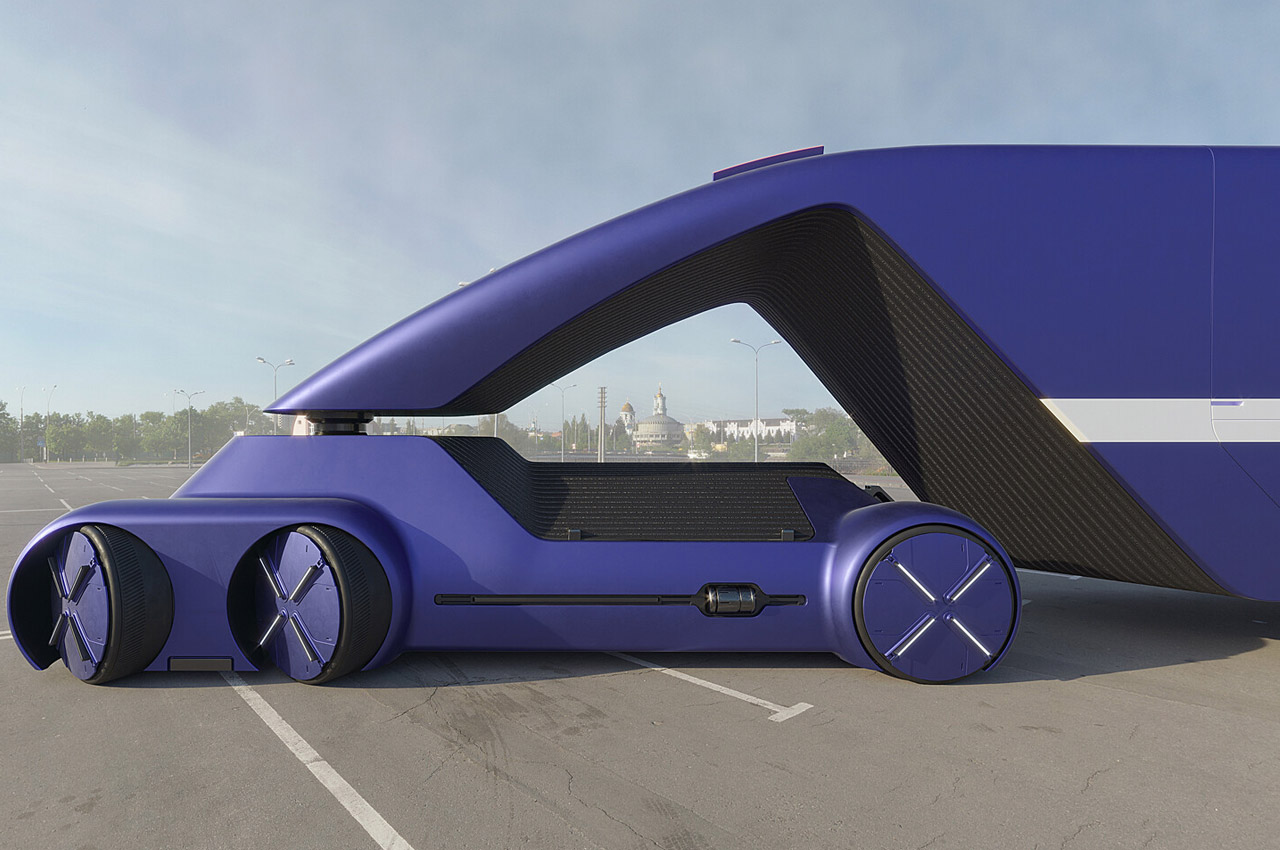 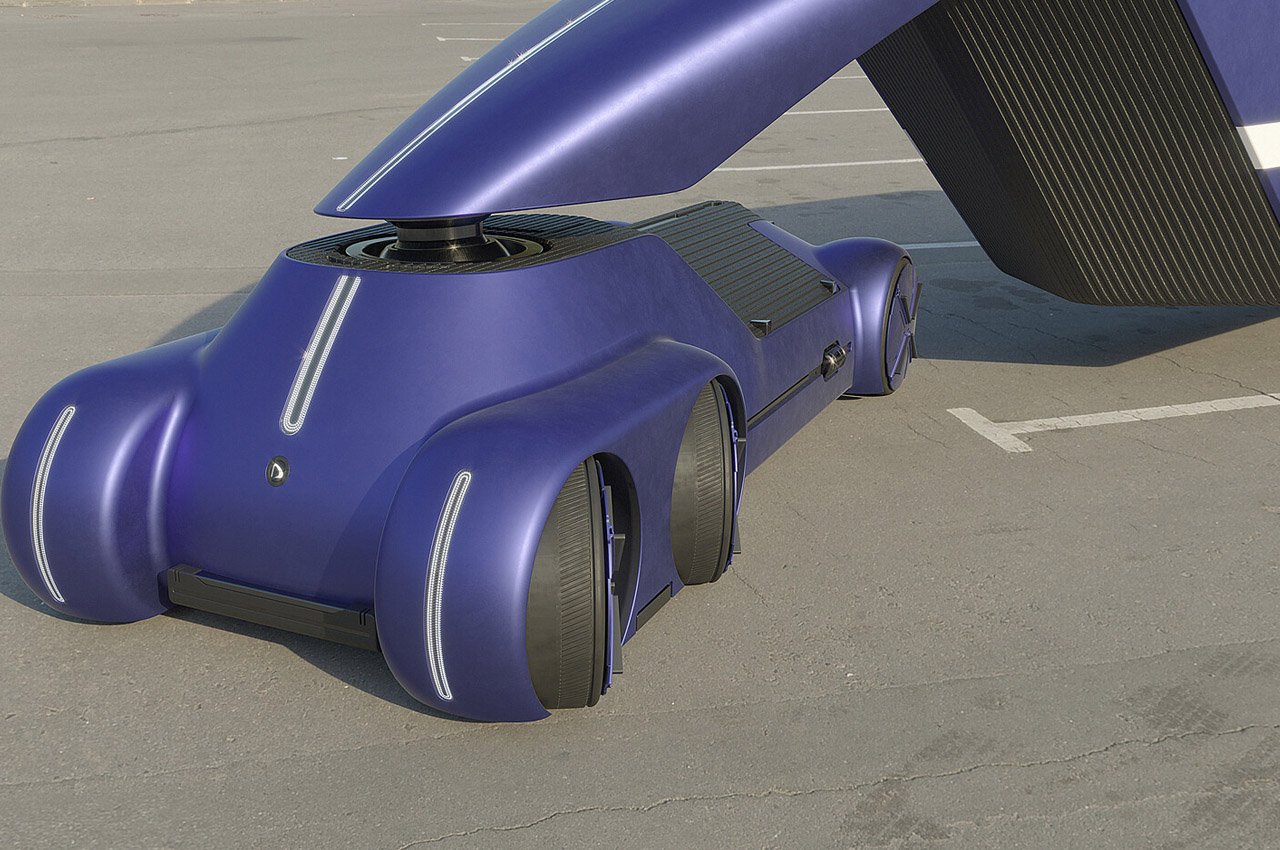 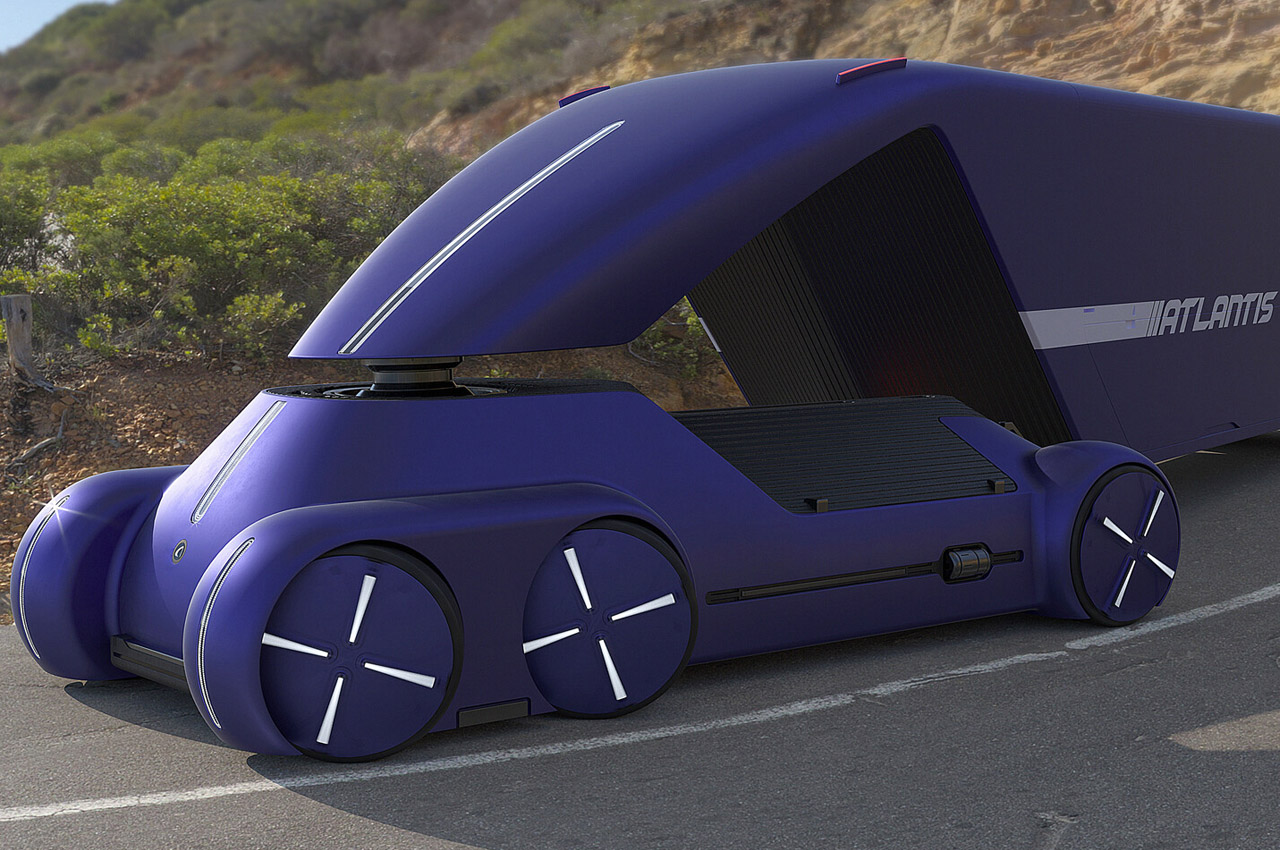 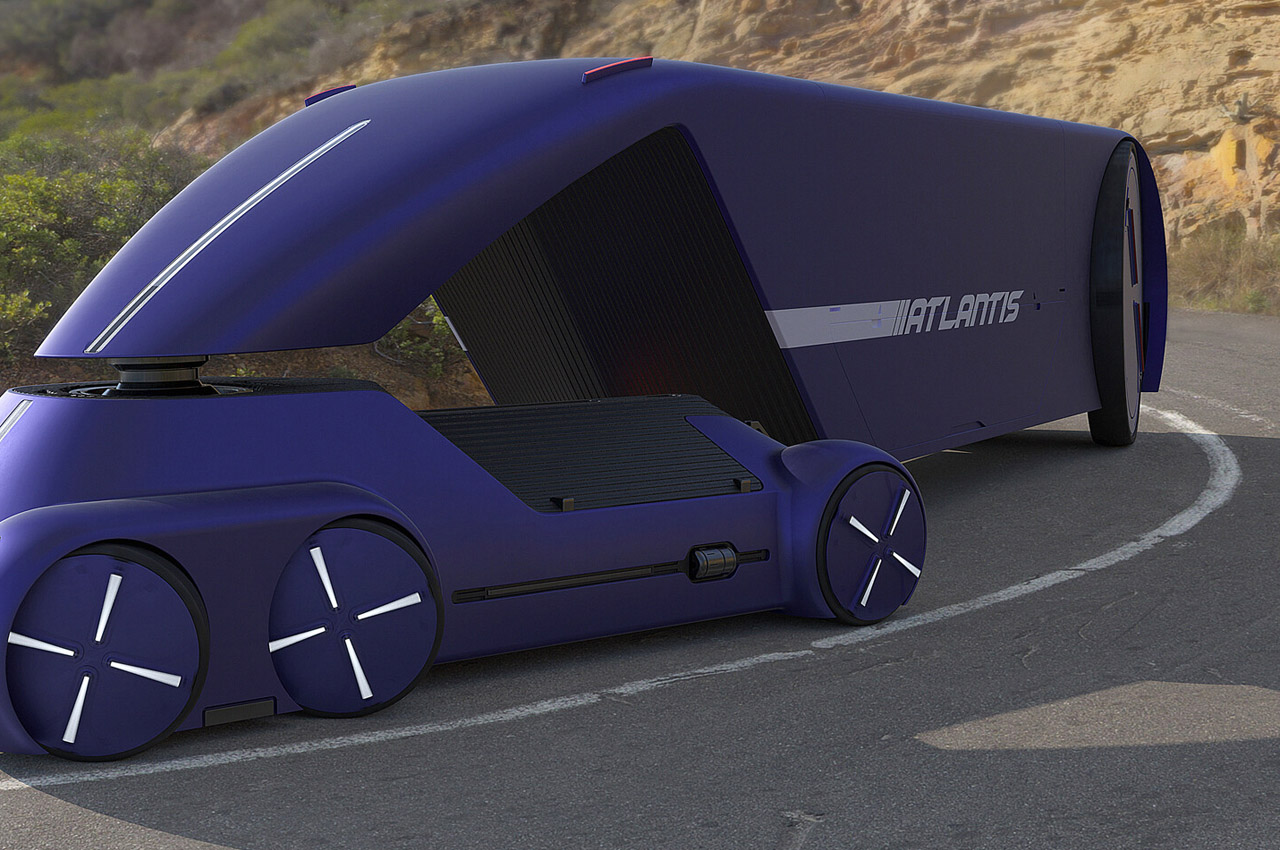 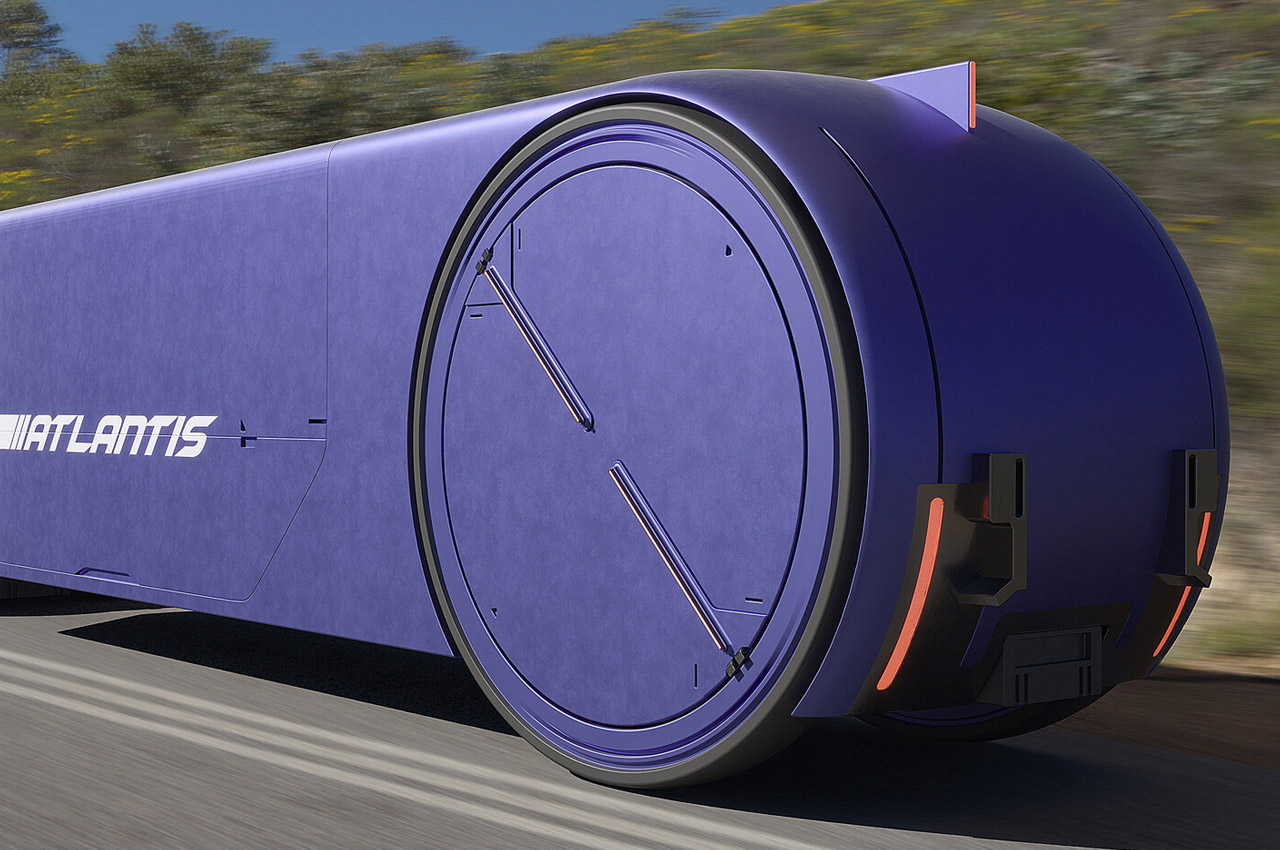 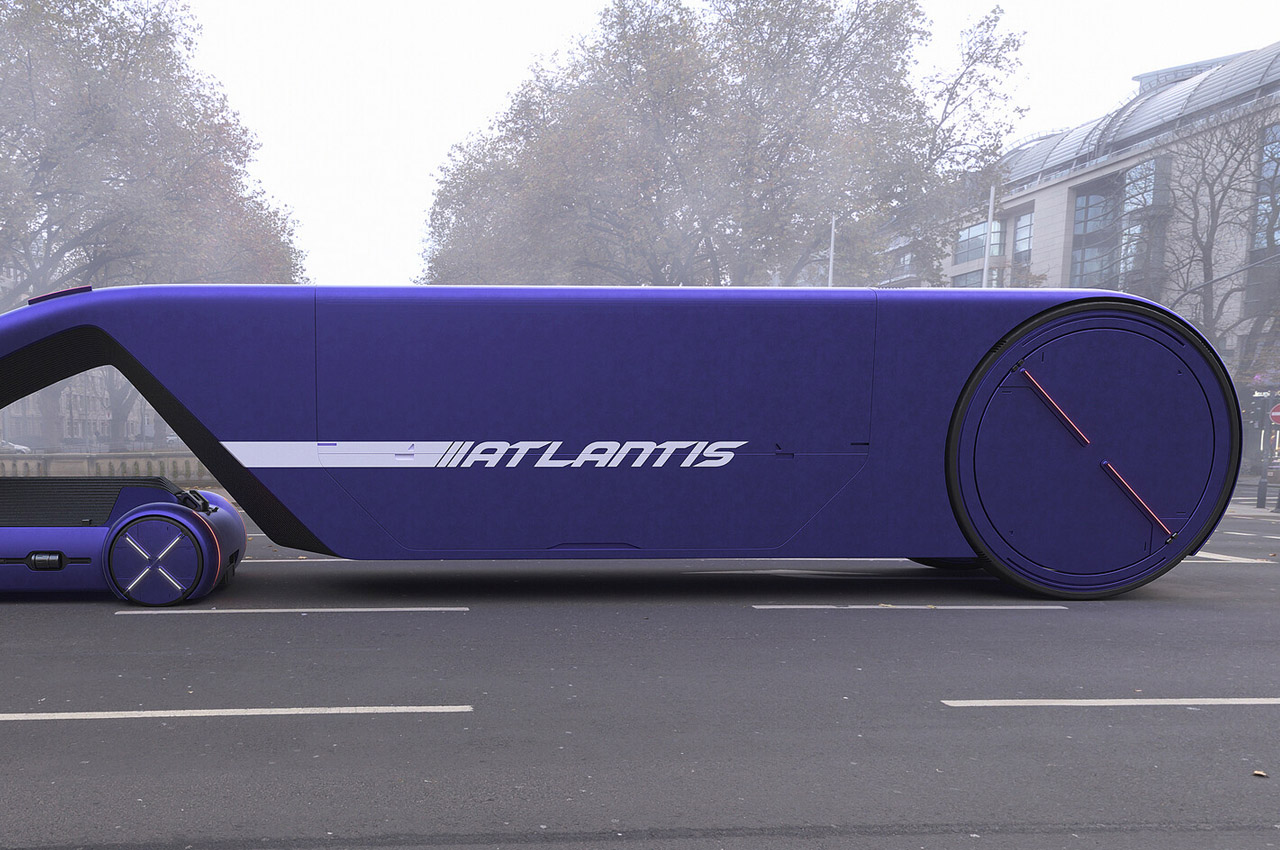 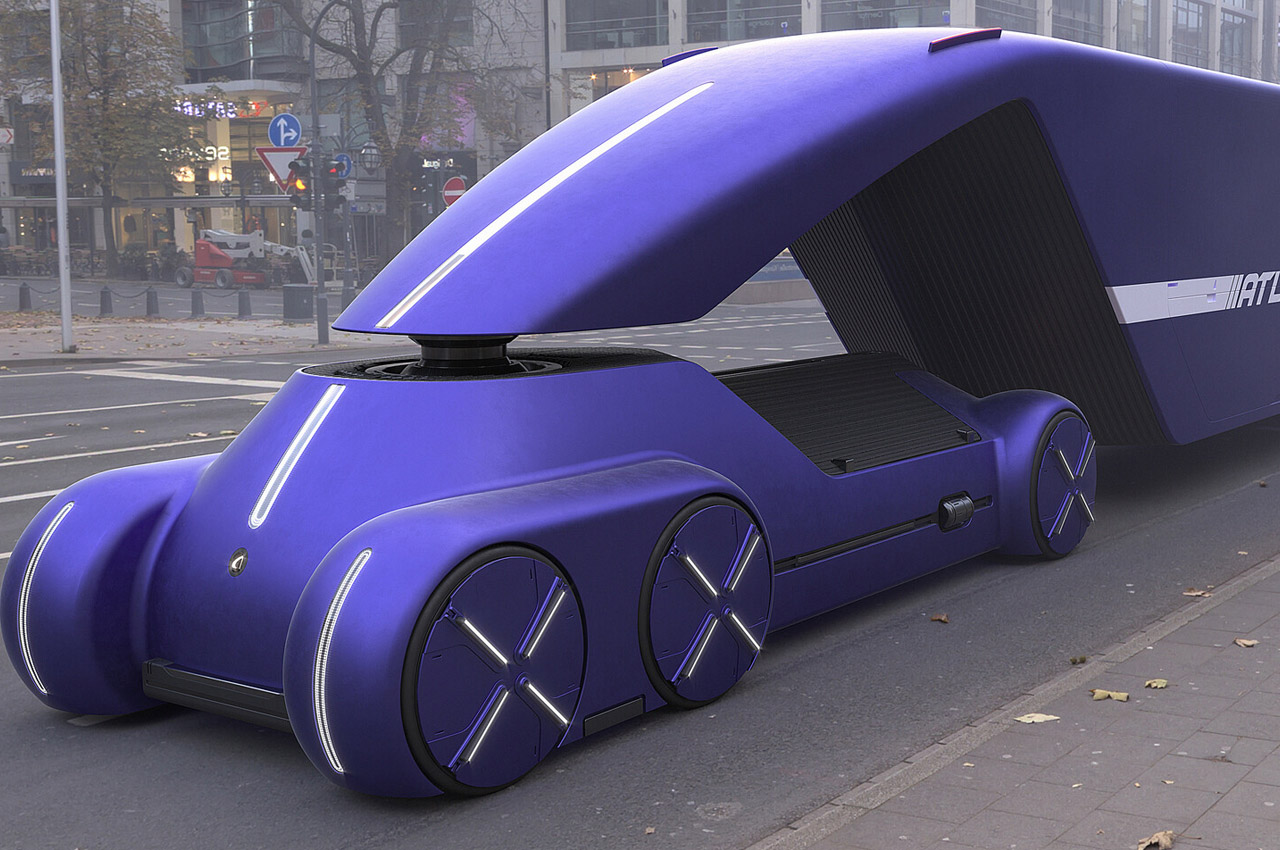 The Lexus Design Awards are one of the world’s most uniquely structured design competition formats. Targeted around embracing new ideas that create a positive impact…

If the Transformers Autobots could add a yacht to their crew, chances are it would look like something like this. The Epiphany has all of…

Life on film. Art no longer exists only in galleries and museums; it is, as it should be, part of life. Performance, music, fashion, architecture,…