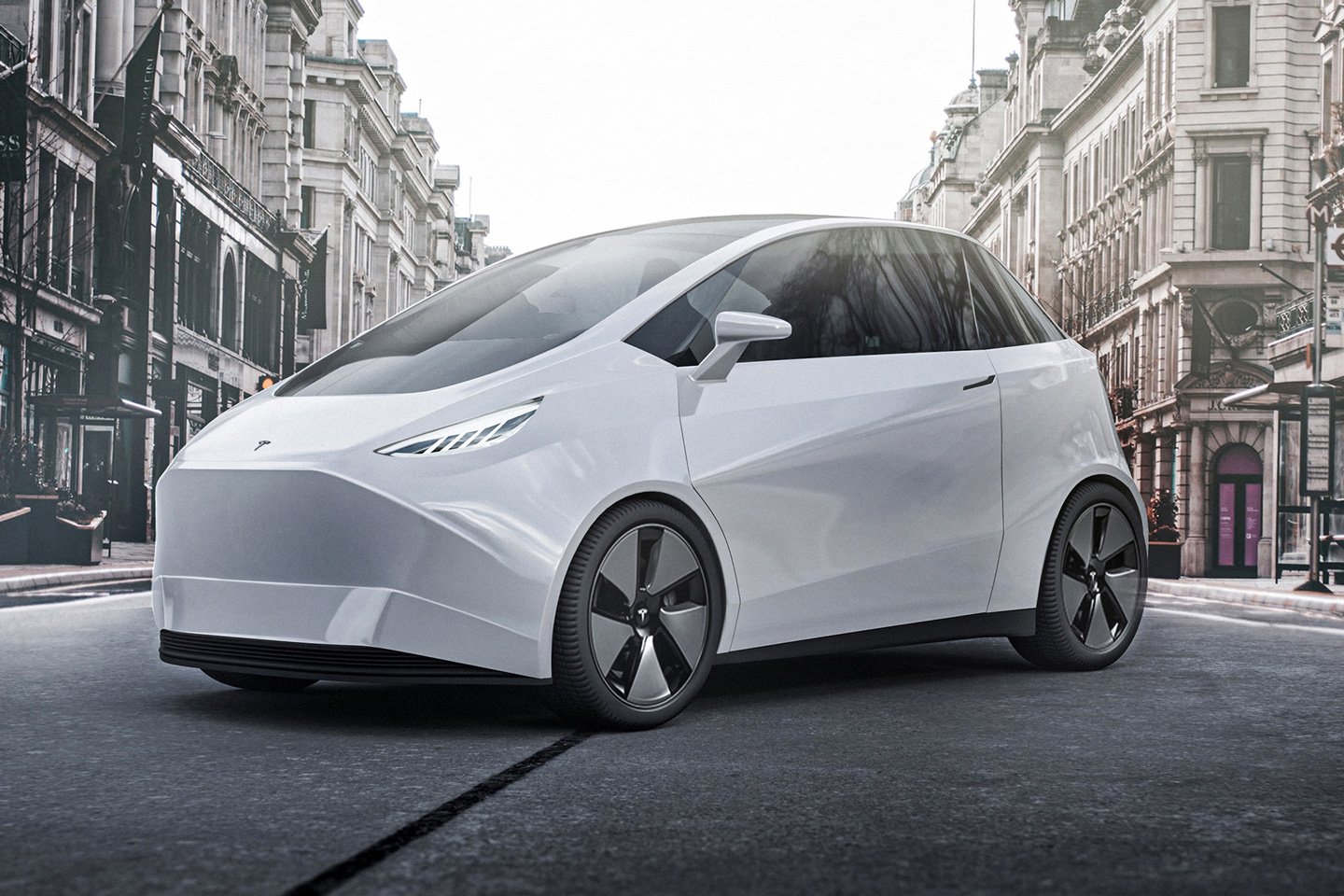 Designed as an antithesis of the Cybertruck’s bold presence, the Tesla Mini is a tiny little EV that gives you the electrified Tesla experience in the smallest package ever… barring of course the Cyberquad truck that’s due to ship as an add-on with the Cybertruck.

In an innocuous tweet back in 2018, Elon Musk mentioned that Tesla was working on a tiny car that could “squeeze an adult”. It’s difficult to take Elon’s tweets at face value, just ask the SEC and JP Morgan Bank, but it got a lot of people wondering whether a tiny Tesla Micro-EV would actually work… after all, tiny EVs are more utilitarian than performative or flashy, two attributes that Musk definitely likes in his cars. Moreover, with the fact that the Cybertruck and the Roadster are still waiting to be delivered to customers, Tesla definitely has its hands full at the moment.

That doesn’t, however, stop people from dreaming of what’s going on inside Tesla’s headquarters (I imagine there’s some wild stuff happening behind those doors)… people, in this case, referring to the fine folks at The Clunker Junker, who put together this conceptual Tesla Mini, also fondly referred to as the Model 2, to show what a tiny electric microcar from the homegrown American EV company would look like. 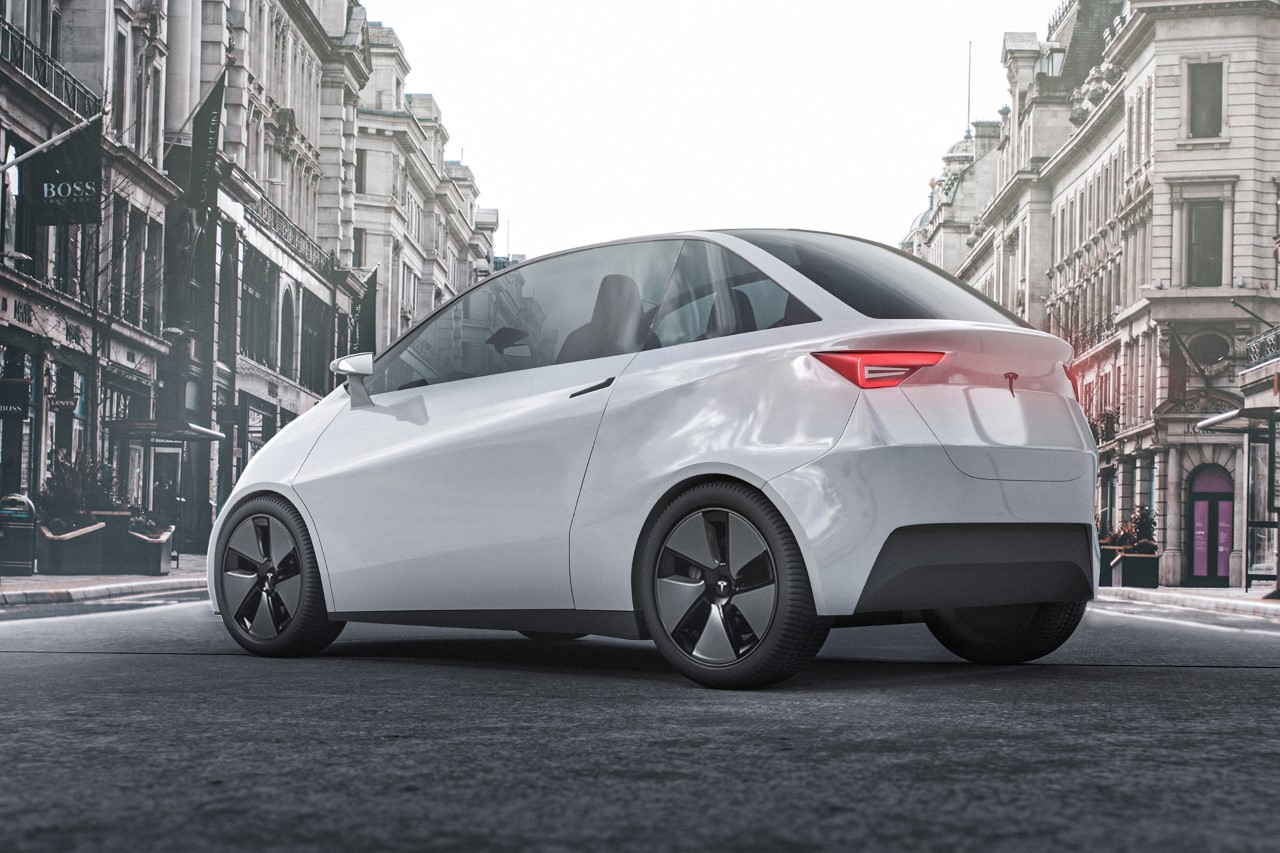 Inspired by the tall-boy styling of Model Y, Model 2 has a pair of scissor doors, four seats, and a full glass canopy. The way the doors open is rather unusual, but for a car that’s designed around tight dimensions, the way the doors open is all about tightness too, allowing you to practically park the car anywhere without worrying about being able to open or close the doors. The car’s doors slide out before opening upwards in the scissor-door fashion, while the inside of the car, staying true to Elon’s tweet, barely squeezes 4 adults with sliding seats to facilitate ingress and egress. As an added feature by the designer, the minimalist interior also features recyclable and sustainable materials derived from hemp fiber, discarded milk cartons, and wine corks, driving home the fact that EVs are ‘cleaner’ than gas cars.

The Model 2 has the tiniest footprint of any Tesla car, but it still manages to provide an uncompromisingly spacious interior. The stretched wheelbase and almost non-existent overhangs promise ample room for four adults, while the forward-designed instrument panel improves legroom in the front. The understated interior features a sliding center console with plenty of covered storage and wireless charging for two smartphones. Speaking of which, you can still use your smartphone as a key and access all driver controls in the central 13-inch portrait touchscreen. The all-glass electrochromic roof extends from front to back, offering passengers a seamless view of the sky or maximum shade if desired. 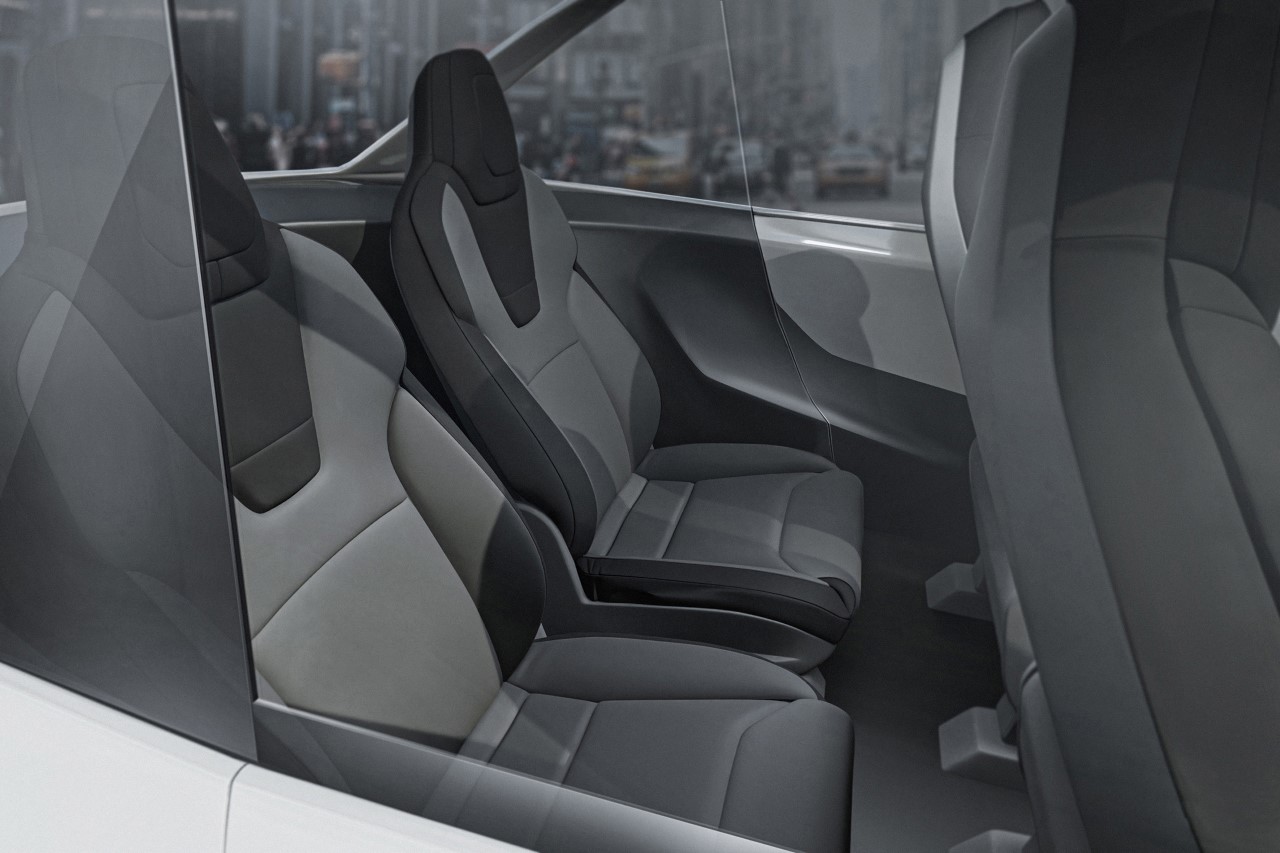 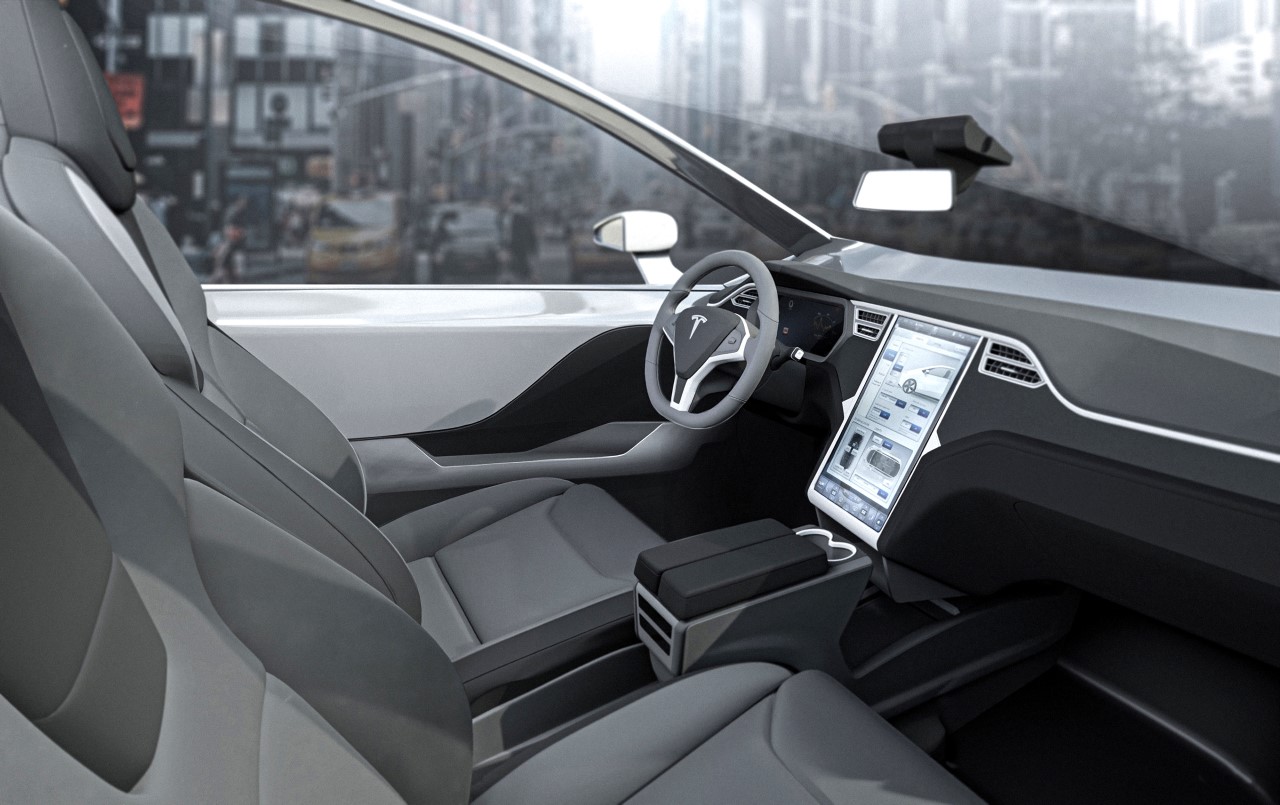 This novel format does come with its own concerns. For starters, a smaller car means a smaller battery, resulting in a lower range… something that one could, however, brush aside considering the microcar’s intra-city use. The car is also devoid of spacious rear storage, because of its hatchback shape, which could be a caveat for some customers. However, just like the Cybertruck and the Tesla Semi, the Tesla Model 2 fills a gap in the car market, offering a certain type of car that could appeal to a specific demographic. It’s also worth noting that the Model 2, even though tiny, looks unapologetically like a Tesla. Stepping away from the ‘cute’ appearance of most pod-shaped cars, the Model 2 compresses what’s great about Tesla’s wildly popular EVs into a smaller format… effectively giving you a car that’s pint-sized, but still looks like it packs a punch. 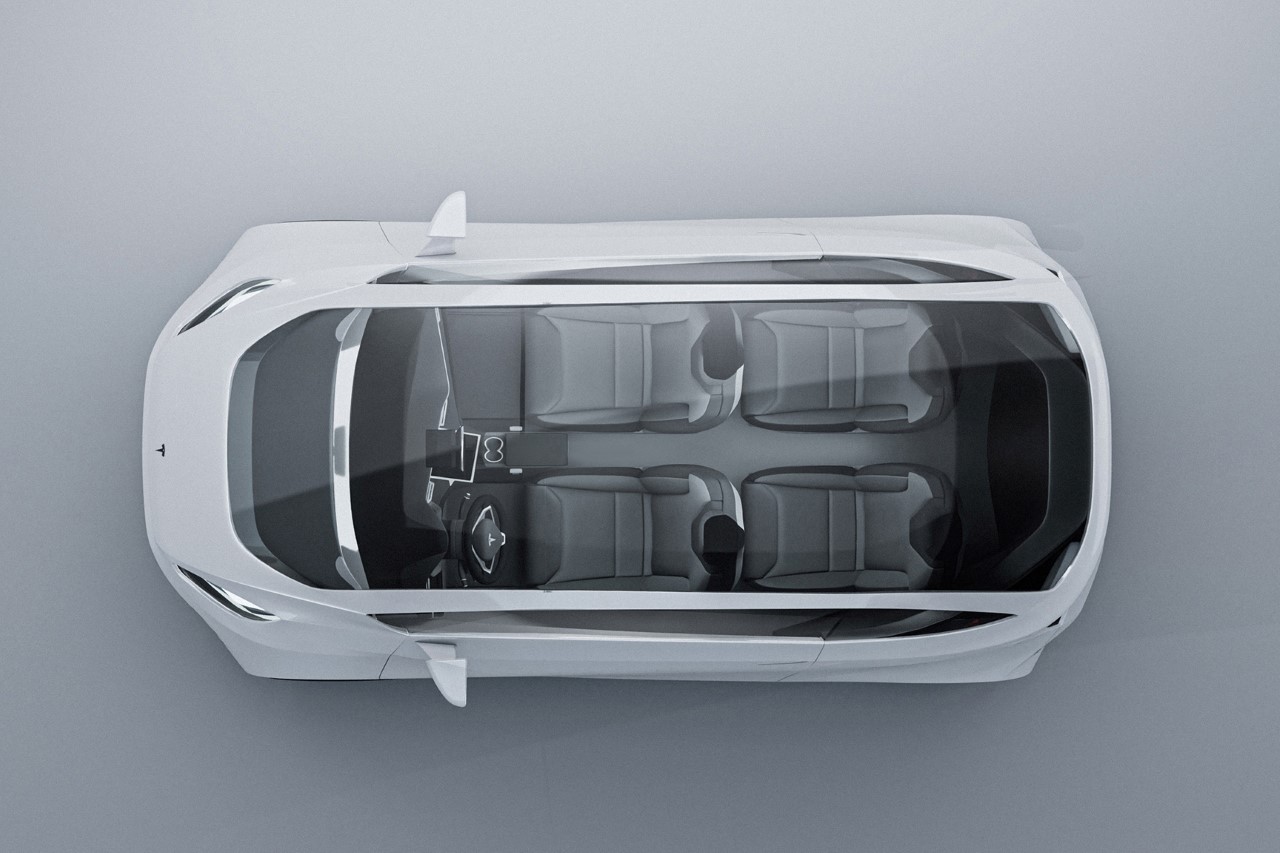 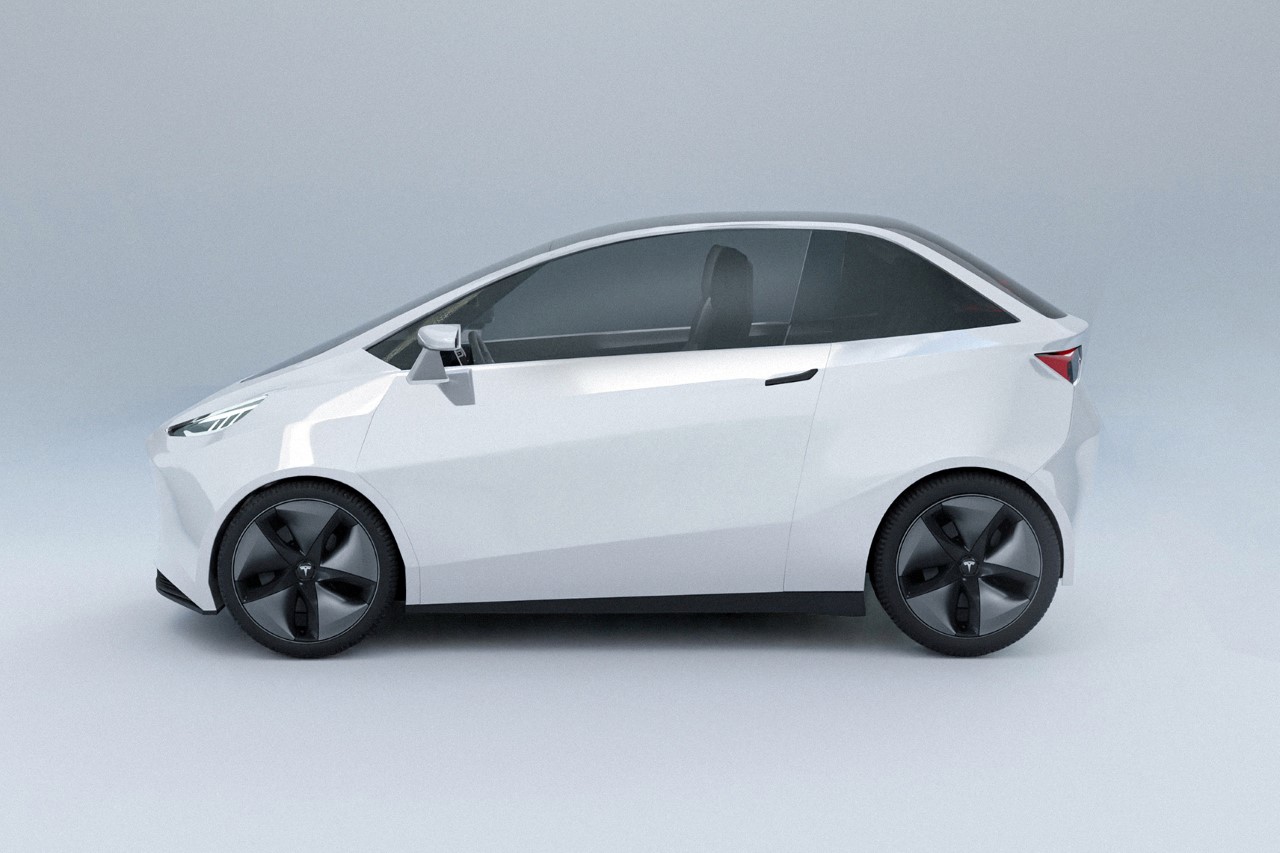 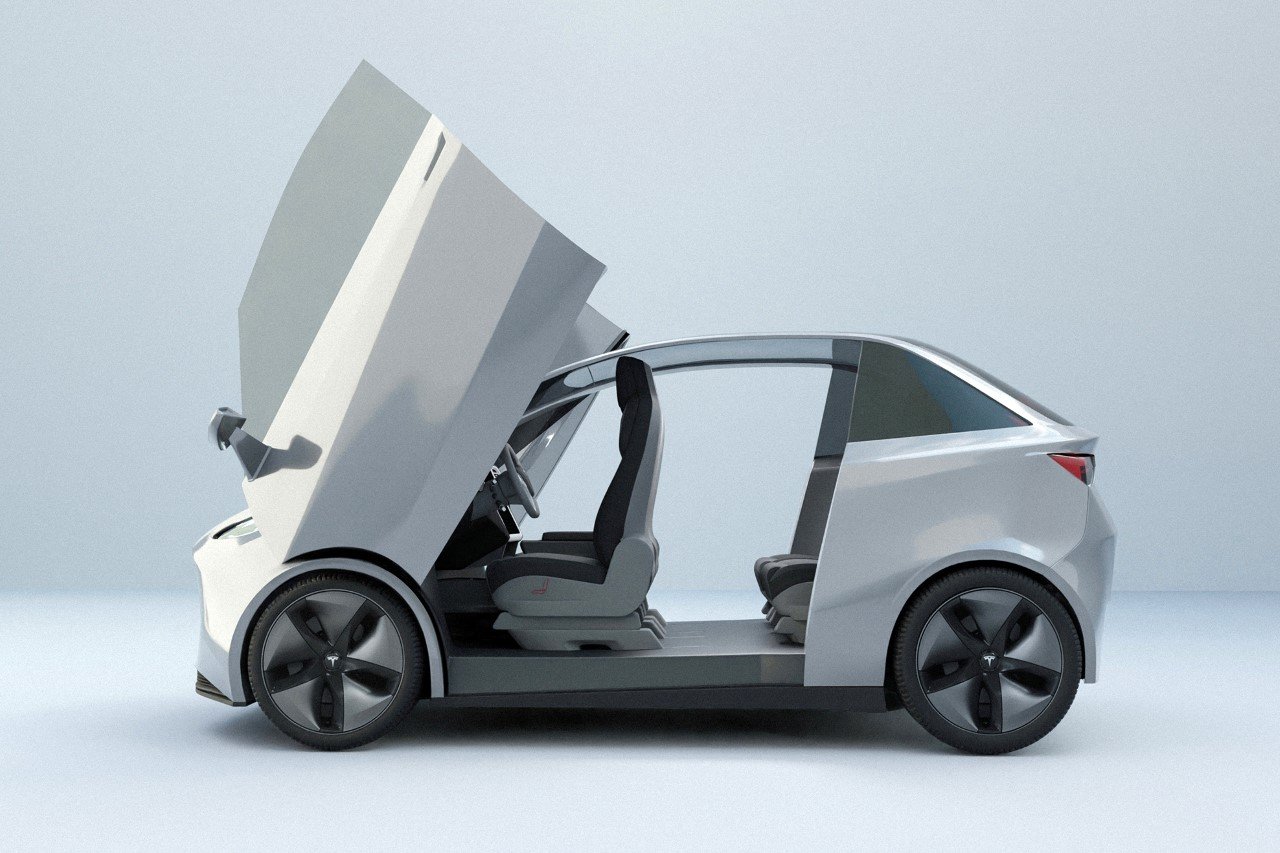 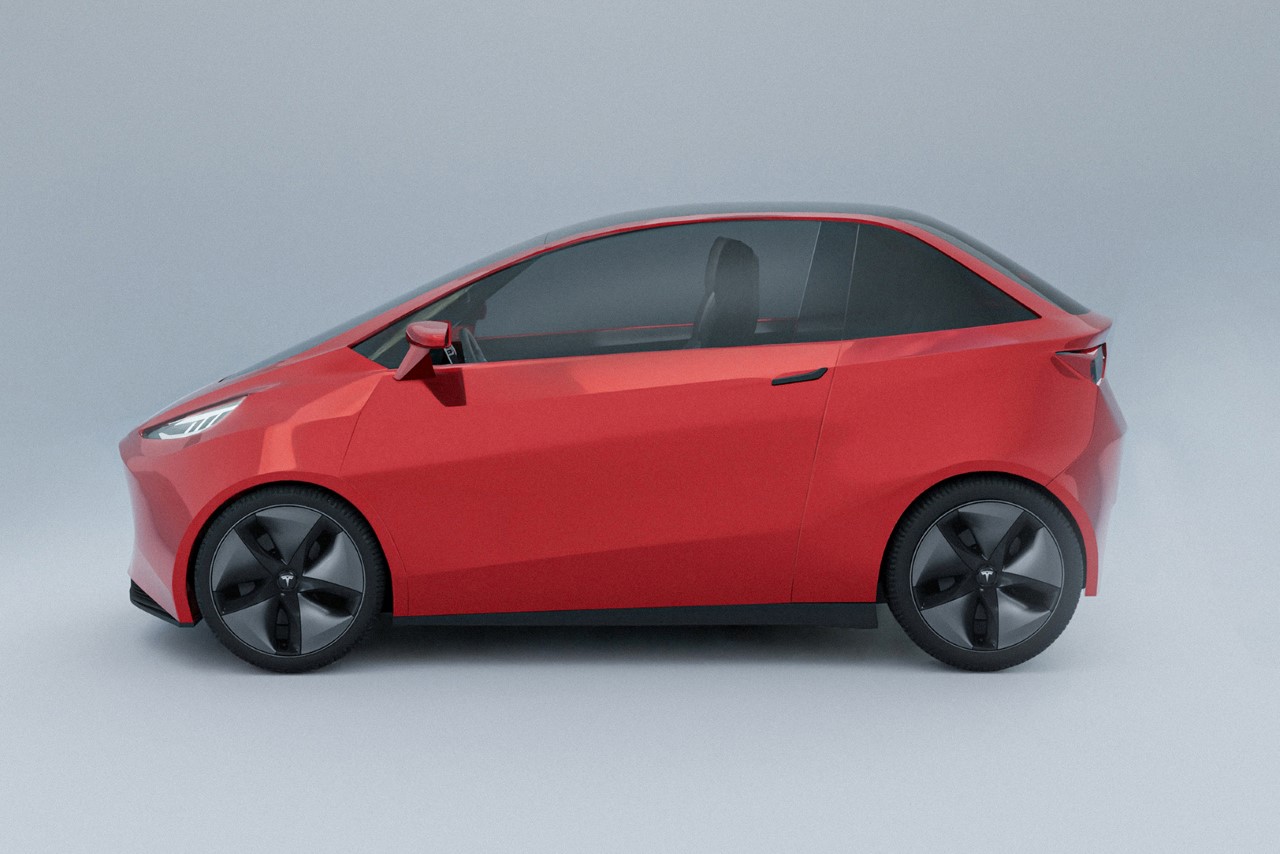 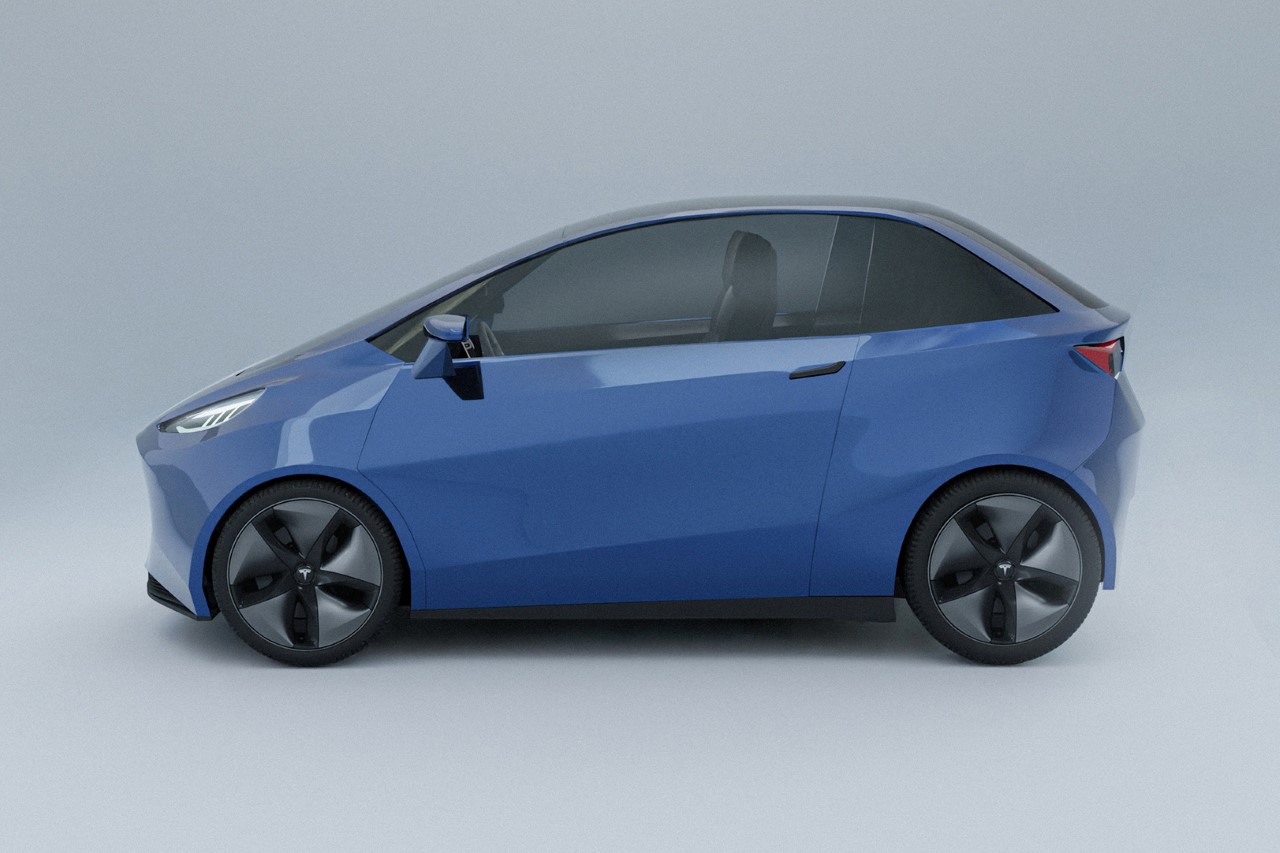 Only a handful of space tourists have actually made it to the outskirts of our planet, but with companies like Virgin Galactic already taking down…