Co-created by Swiss mechanical watch brand Louis Erard and local architecture and design studio atelier oï, the Le Régulateur reflects the best of both worlds, with a watch that’s captivating to look at and a marvel of Swiss timekeeping too. The most characteristic element of the watch’s design is the face itself, which rejects every notion of what a watch face should look like. Exploring all three dimensions, the watch face turns the radial tradition of mechanical timekeeping into a linear one, splitting the three hands across a vertical axis, while the dial itself looks like something taken out of MC Escher’s sketchbook. 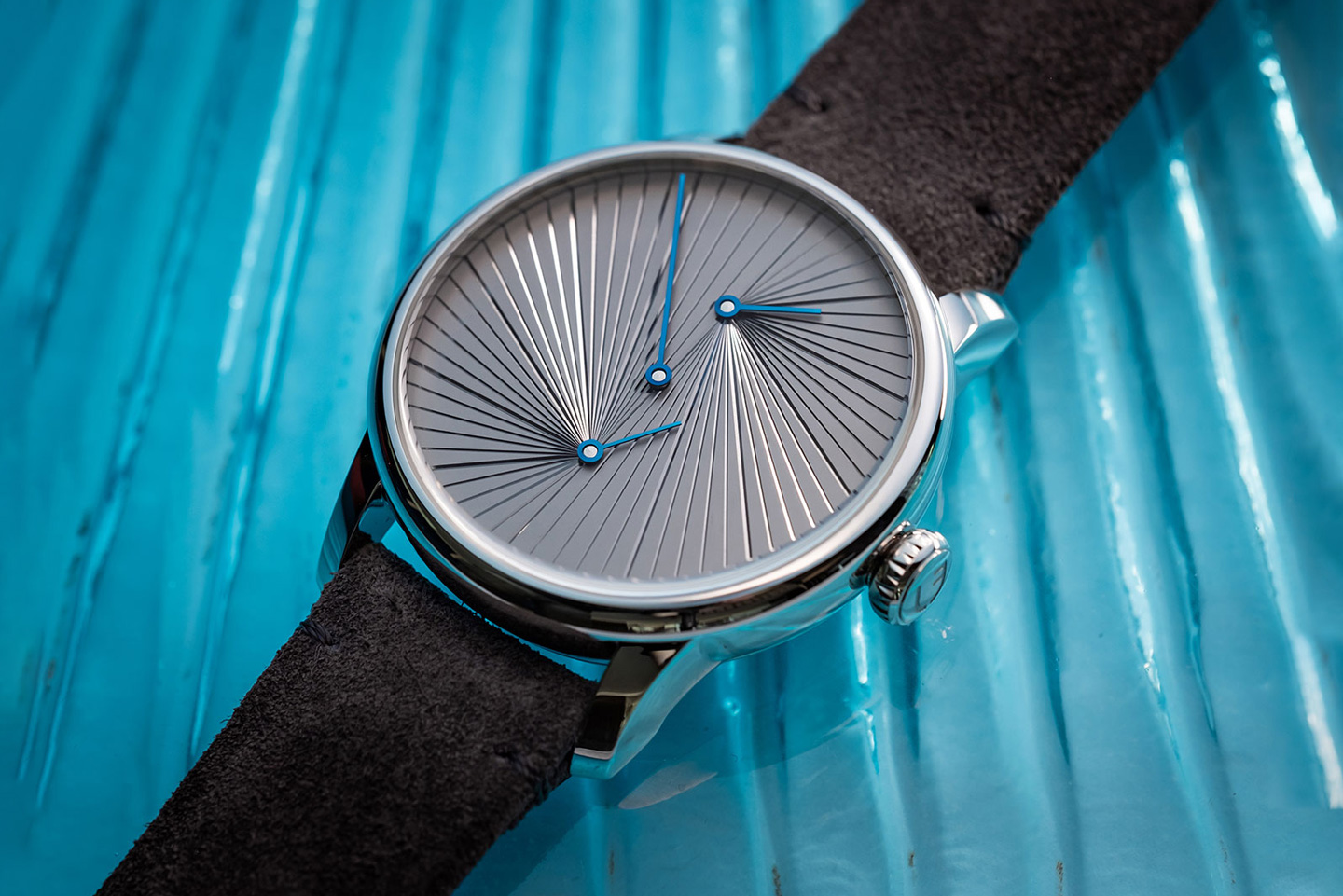 While designing the watch, atelier oï approached the project with one word that defined the creative process – ‘radiating’. Sure, the standard watch’s face is inherently radiating, with hands emerging from a common point in the center of the watch like rays from the sun… but the Le Régulateur explores that very term differently, introducing multiple points on the watch’s face from which lines radiate and emerge. The result is a surface engraved with asymmetrical rays, the light of which reveals reflections and contrasts – echoing the passion of the members of atelier oï for the material and the play of light. 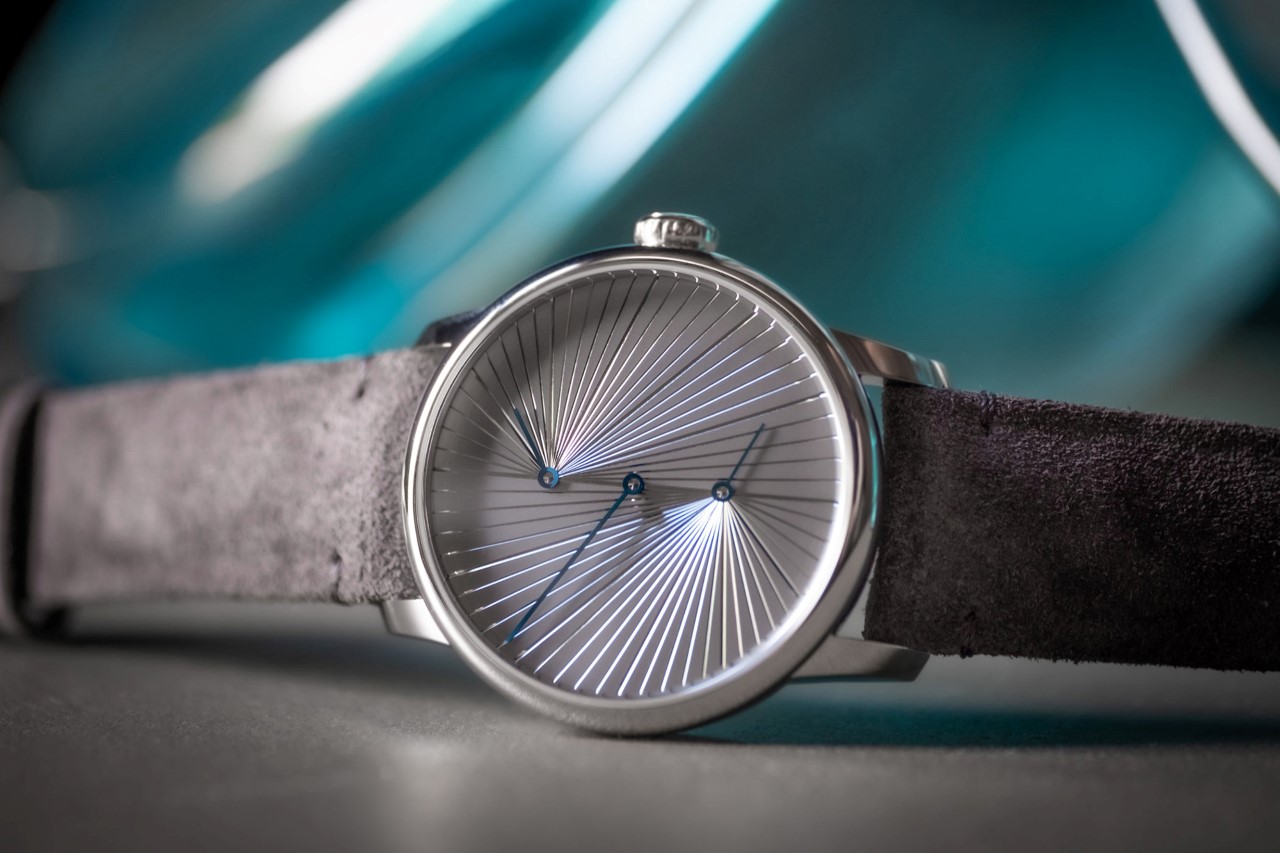 The design also incorporates Louis Erard’s watchmaking expertise, with its shimmering stainless steel case, capped on the front with an anti-reflective domed sapphire crystal. On the inside, the watch sports a Sellita SW266-1 automatic movement with a 38-hour power reserve, that’s also visible through the exhibition caseback that features a sapphire crystal cover too.

Priced at CHF 3,500 ($3827), the Swiss-made watch is limited to just 178 pieces. Each watch also comes with a 3-year warranty, and there’s a waitlist if you want to purchase this time-telling optical-illusion. 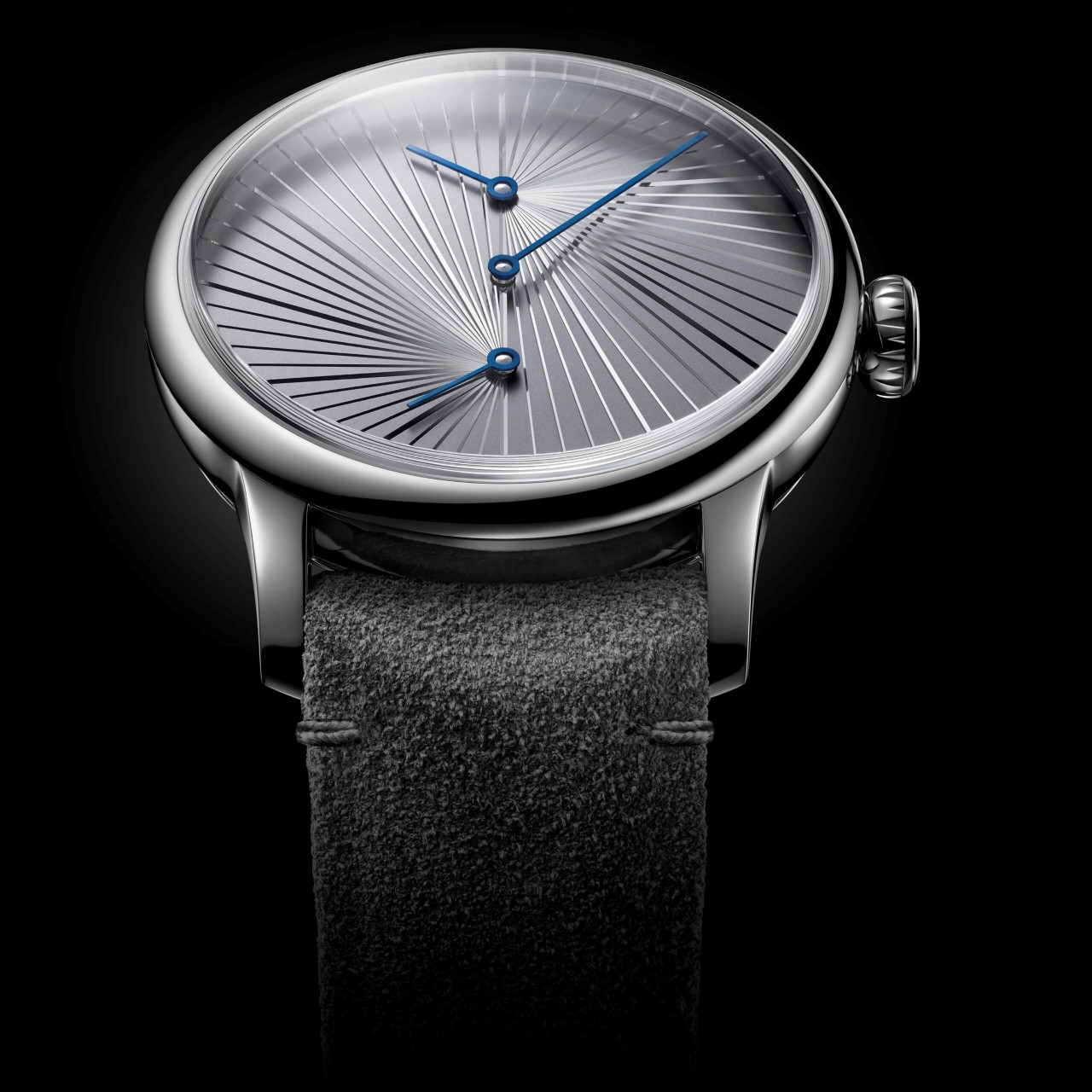 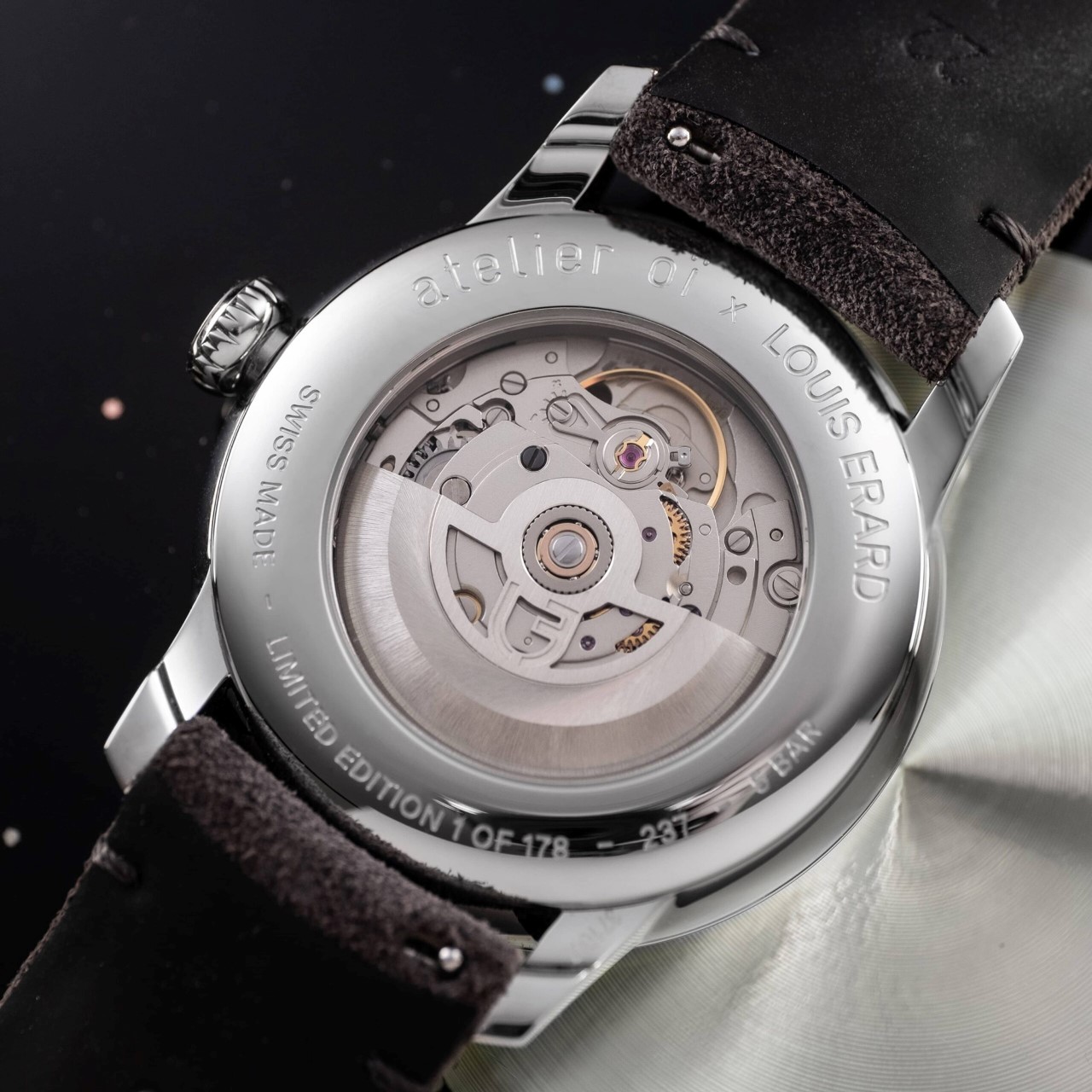 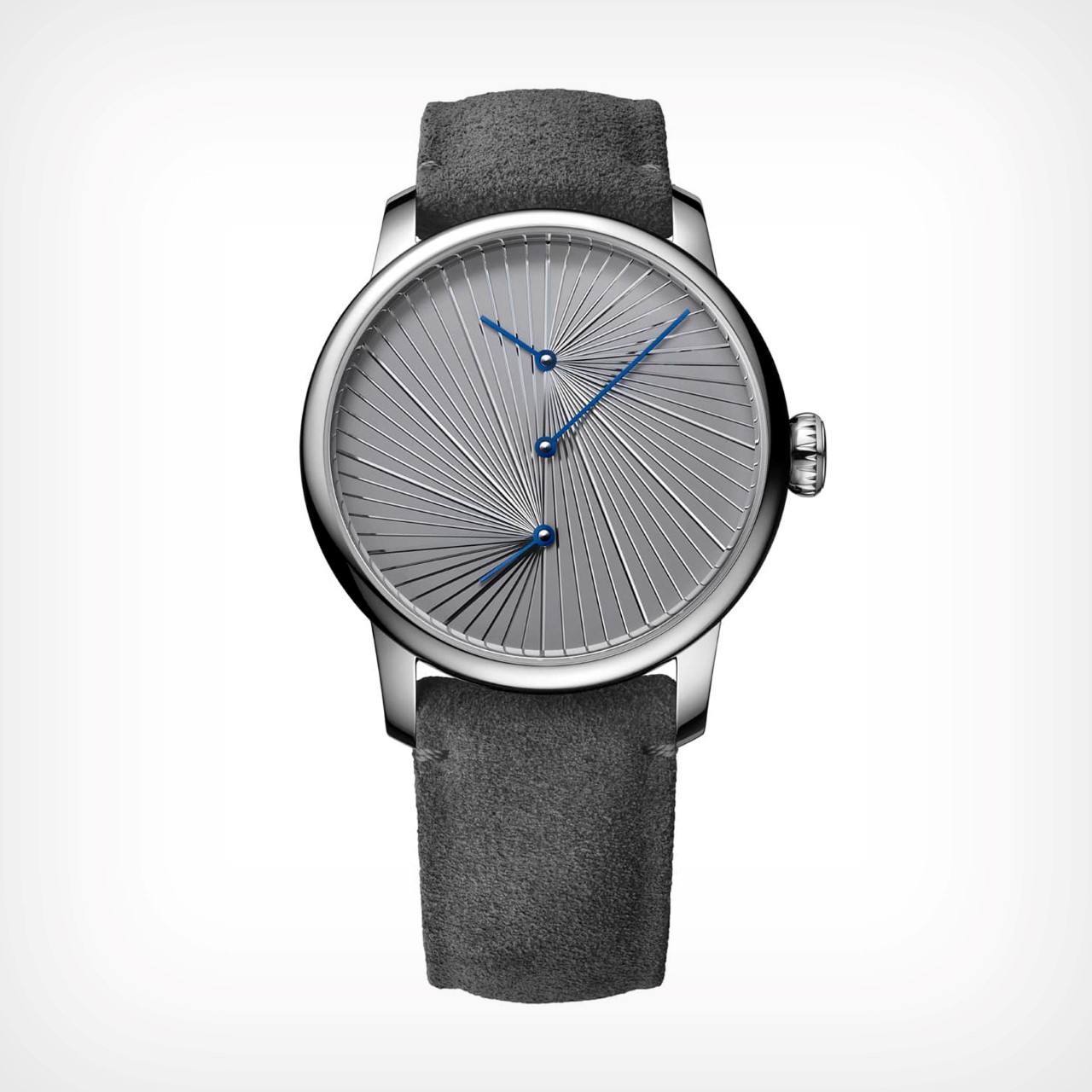 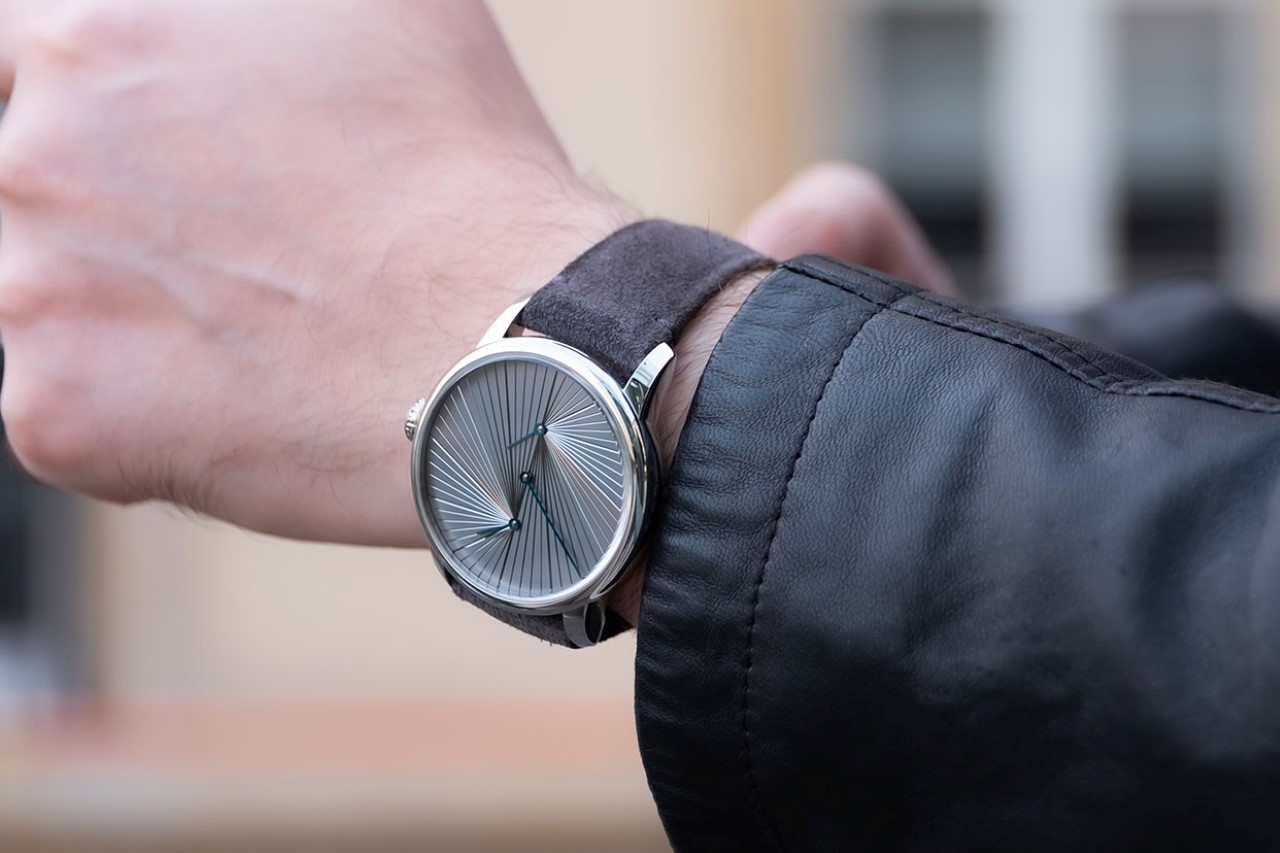 https://www.kickstarter.com/projects/zerootime/zeroo-dt1-double-tourbillon-the-pinnacle-of-luxury-watches A good, reputed double tourbillon watch costs as much as a Lamborghini. It’s a stunning technology, no doubt, and requires painstaking hand-assembly, but I’d…

When you cut away all the frills, it is hard to imagine how any watch could fail to resemble Rosendahl’s Watch III, designed by Flemming…

The world’s smallest bottle opener is also a multitool

https://www.kickstarter.com/projects/wynlabs/the-worlds-coolest-edc-combo-tibo-kii-ring The TiBO is small enough to be underestimated. Roughly the size of your thumbnail, it’s easy to dismiss the TiBO as something that’s too…

Inspired by the hinge detail on their popular Provoke Karambit line, the Provoke EDC by Joe Caswell for CRKT brings the same opening mechanism to…