Pankraz Piktograph is a reinterpretation of the classic photo booth, only this one uses automated robotics to translate photographs into portrait sketches.

Photo booths are just as good as cake at parties. Everyone loves a photo strip souvenir they can take home with them and laugh at in the morning or keep for years to follow. Taking inspiration from ancient photo booths like Maillardet’s automaton from the 1800s that didn’t use flash to capture smiles and funny faces, but robotics to perform automatic sketches of people standing before the machine. Felix Fisgus, a design studio, in collaboration with Joris Wegner, multimedia artist, and product designer, designed their very own robotic automated sketch booth called Pankraz Piktograph, a self-contained portrait-drawing robot. 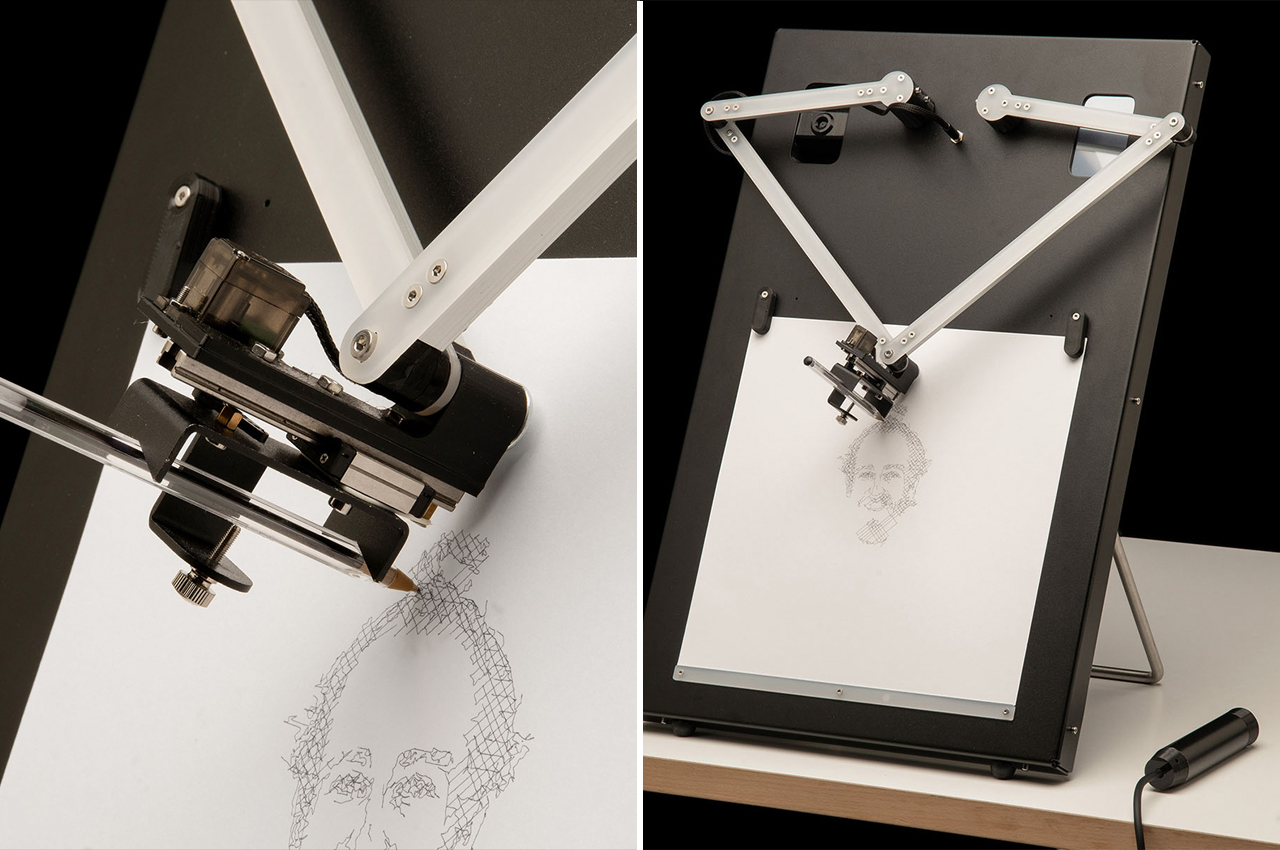 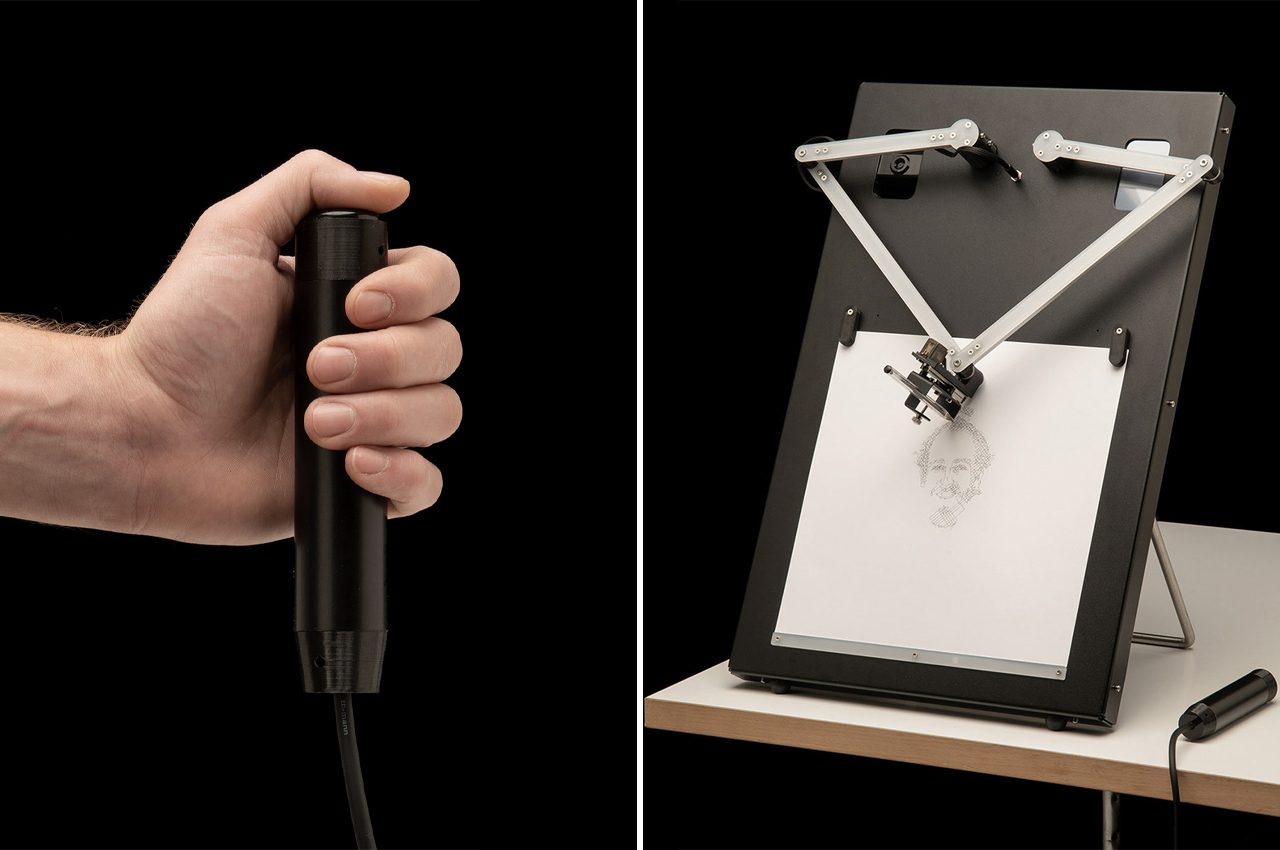 Turning the act of getting your very own portrait into the event itself, Wegner created their Pankraz Piktograph to draw portraits of bystanders at events like science exhibits, trade fairs, and museums for them to bring home. With the press of a button on a handheld remote, the Pankraz Piktograph snaps photographic portraits of its users to then transform into a delicate pencil sketch. 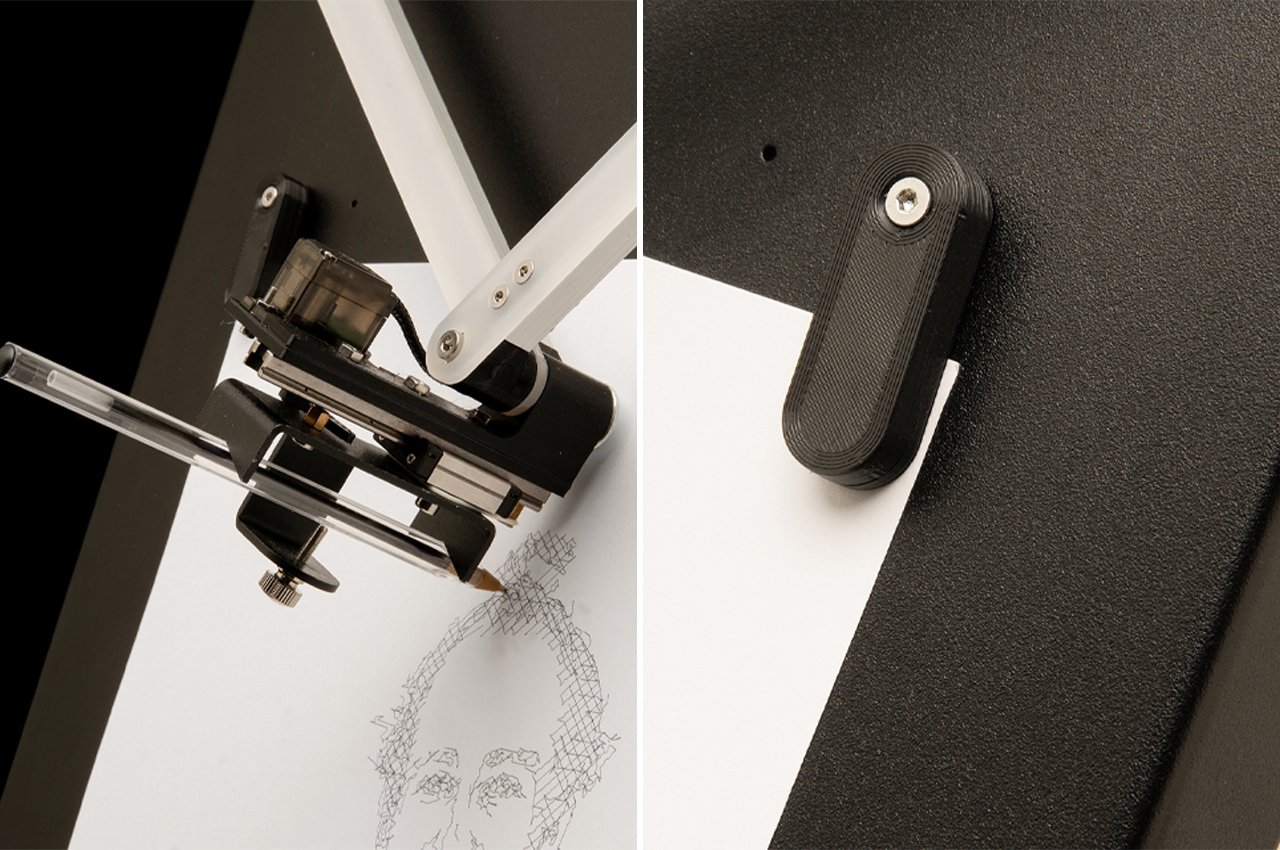 Once the photograph has been taken, it’s translated into a vector representation, which can then be drawn by the automated robot styluses. Equipping the Pankraz Piktograph with the technical makeup to master various drawing styles, users can choose to have their photograph drawn from fast minimalist styles to more intricate, or abstract renderings. 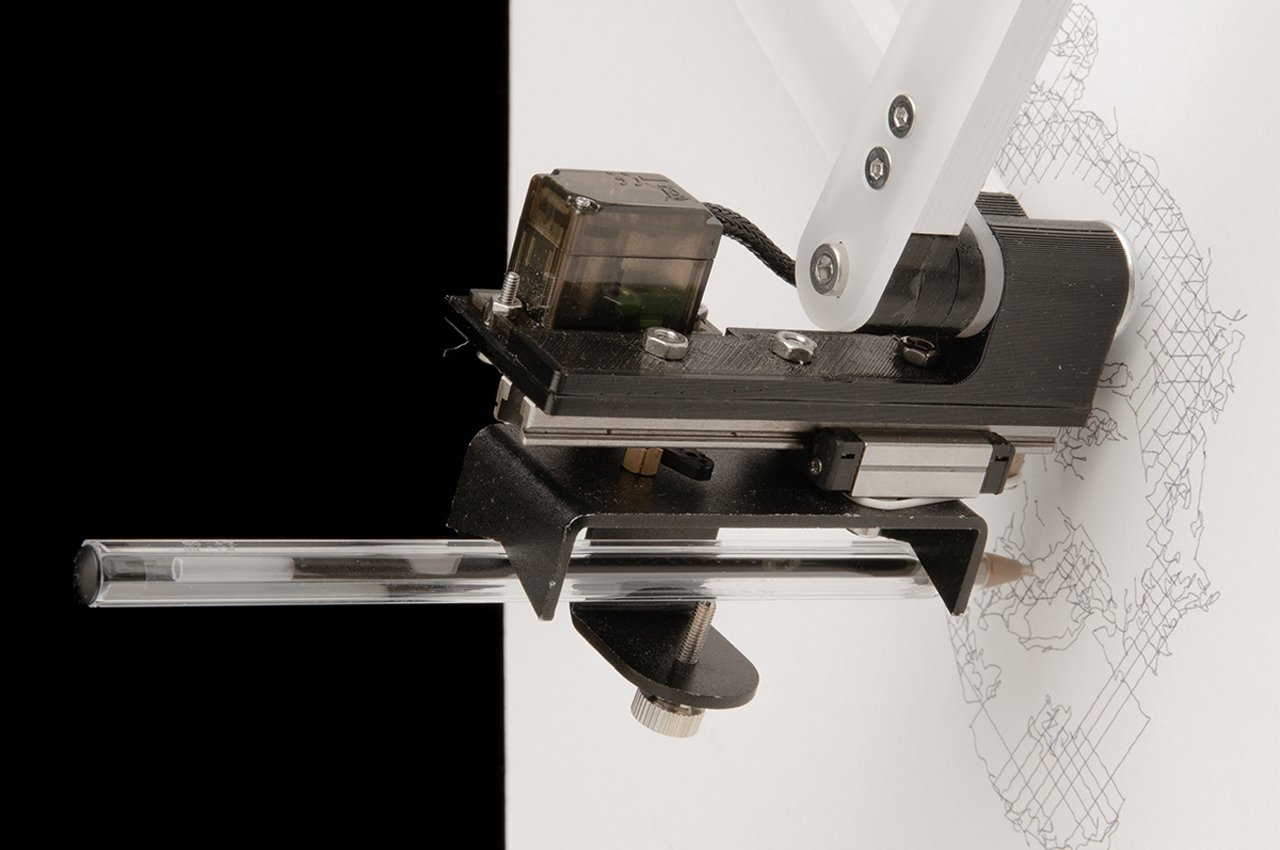 Running the whole show, the Pankraz Piktograph contains a Raspberry Pi 3 that takes charge of drawing on the 3.5” display canvas. The machine’s integrated technology generates vector-based graphics from photographs and increases its contrast to capture the essence and edges of each photograph, leaving out the softer details to prioritize the image’s harsher lines. 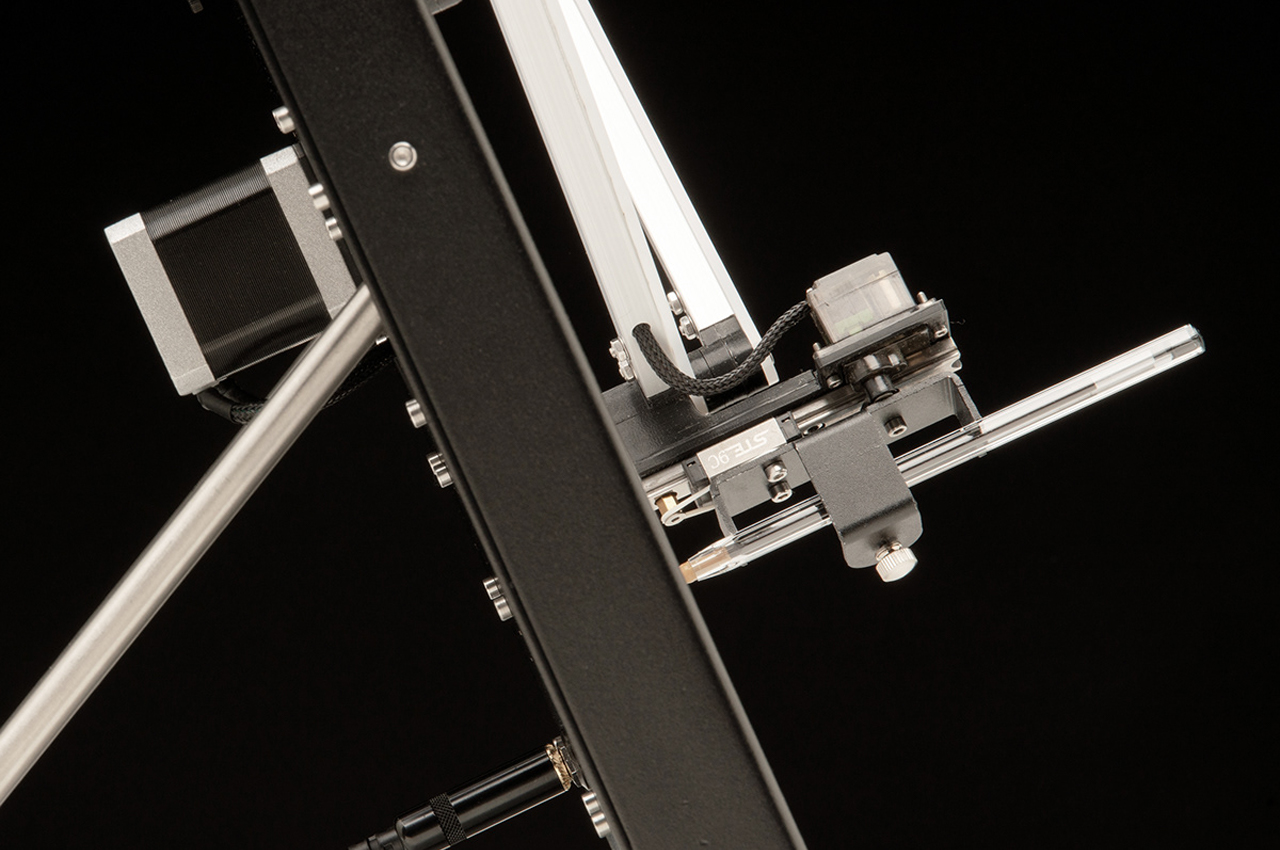 Describing the robot’s motion technology, Wegner states, “Each arm is moved by a stepper motor via a one-to-five pulley transmission. This helps to increase the torque as well as the resolution of the movements. We decided to go for an open control loop, thus light barrier sensors at each shoulder joint are used for calibration and determining absolute positions of the arms.”

With such accurate movements, the Pankraz Piktograph is constructed to capture even the finer details of each photograph’s distinct features – from moles to dimples. Attached to each moving arm, the spring-loaded pens are set into motion with a servo motor to make enough contact with the paper, but to keep the pen swift enough to capture slight irregularities in each photograph. 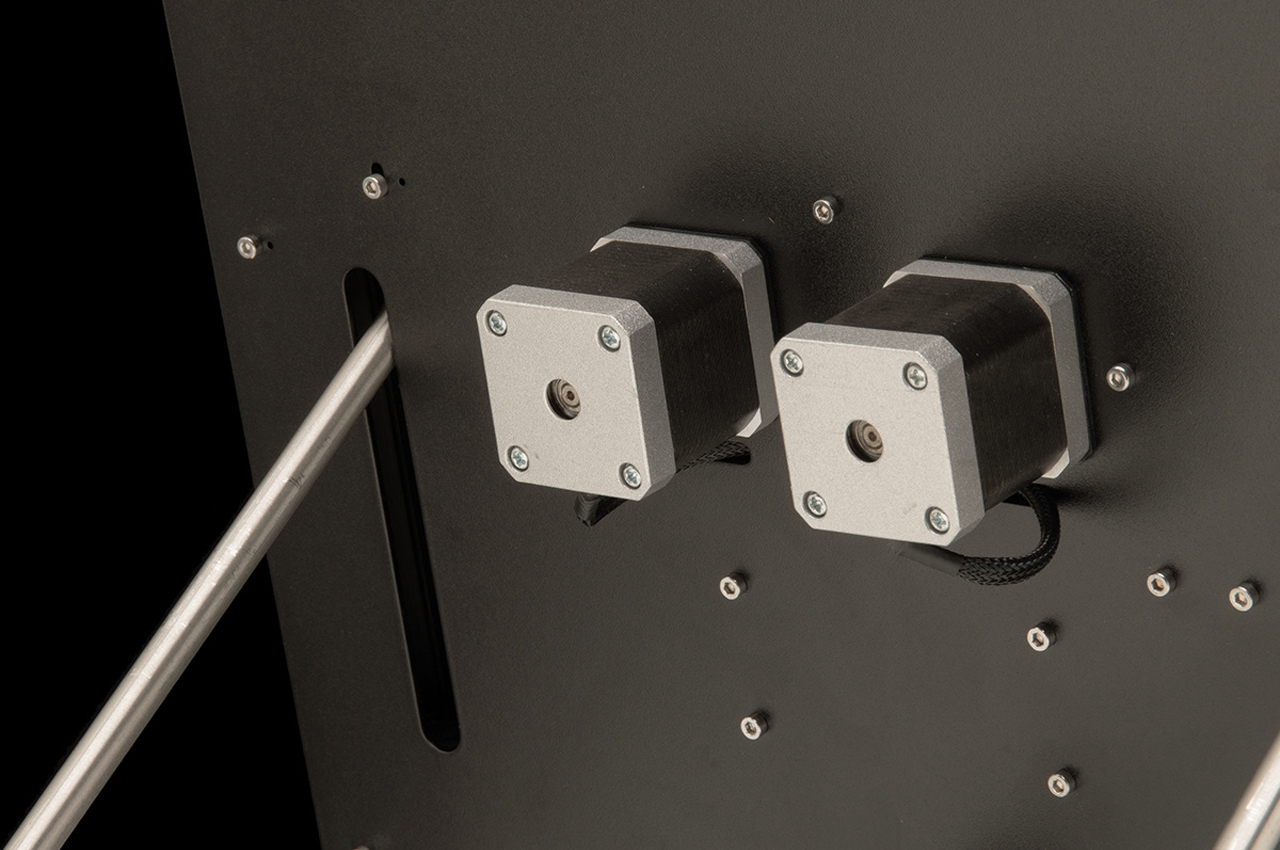 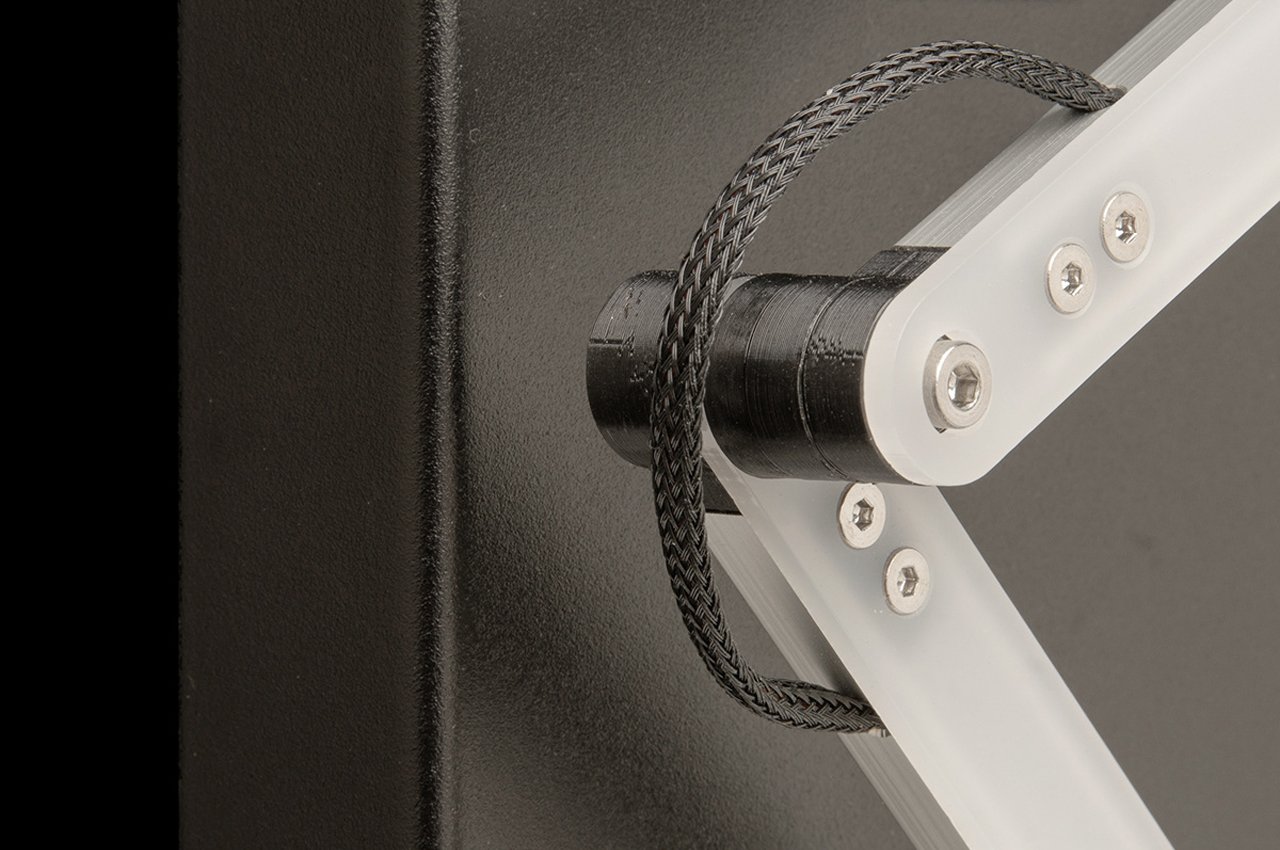 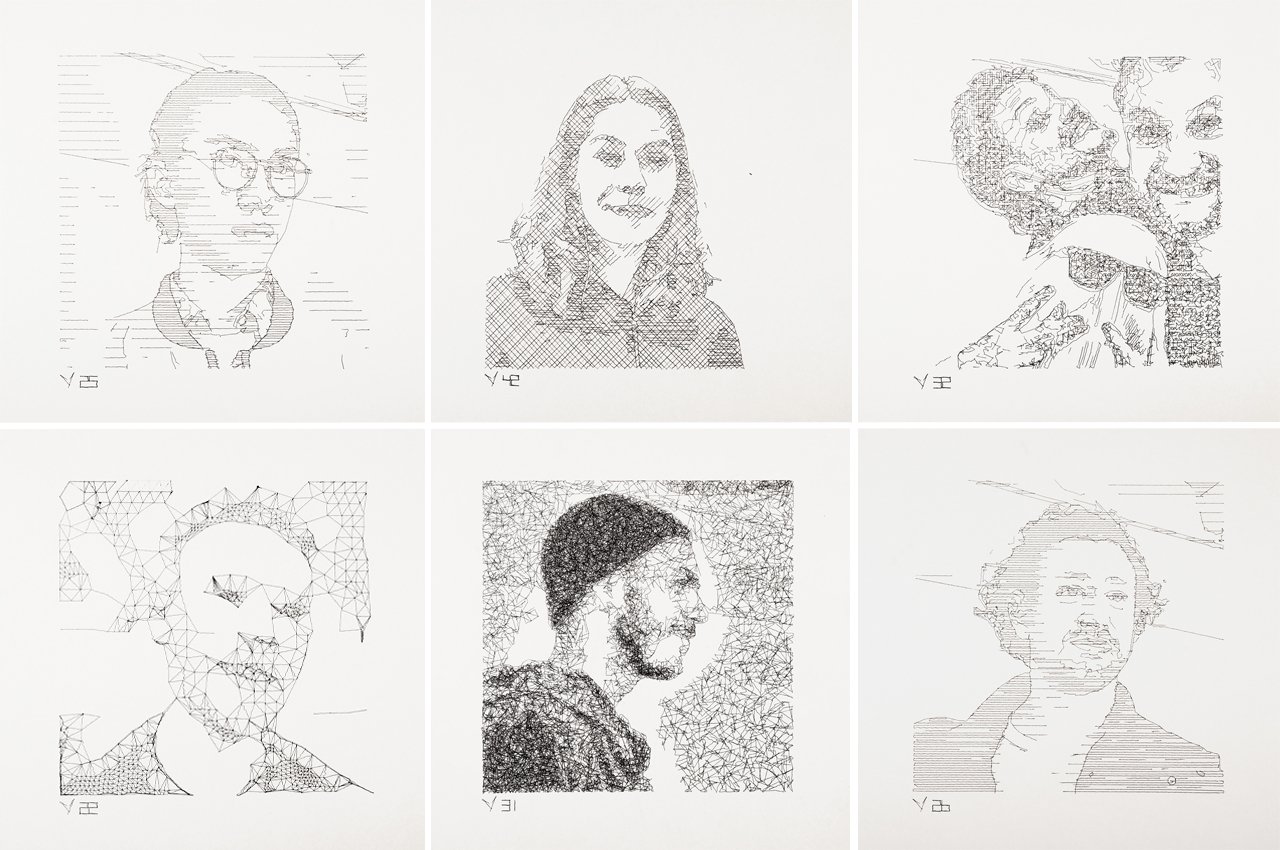 These sleek multifunctional headphones transform into a spiral-shaped speaker!

I love a good pair of headphones, in fact, I can’t function without my personal headphones! They’re my secret gateway from the real world, and…

The Wave Dry is an innovative concept that looks at drying clothes faster and in a cost-effective way. It basically is this solar device that…

Honestly, I’m team stools over chairs, and I think it’s high time you guys shift to the other side as well! Although stools are overlooked…

I’m enamored with two products by Japanese studio h220430. The Tokonoma is a display shelf of sorts that puts Japanese minimalism front and center. It’s…