Relying on Hydroxyl and Plasma purification technology, the ridiculously tiny RAYCONO gives you fresh deodorized air that’s been purged of bacteria, VOCs, and other stuff you don’t want in the air… and unlike your bulky, boxy air-purifier or expensive HVAC system, the RAYCONO is about the shape and size of a power bank. 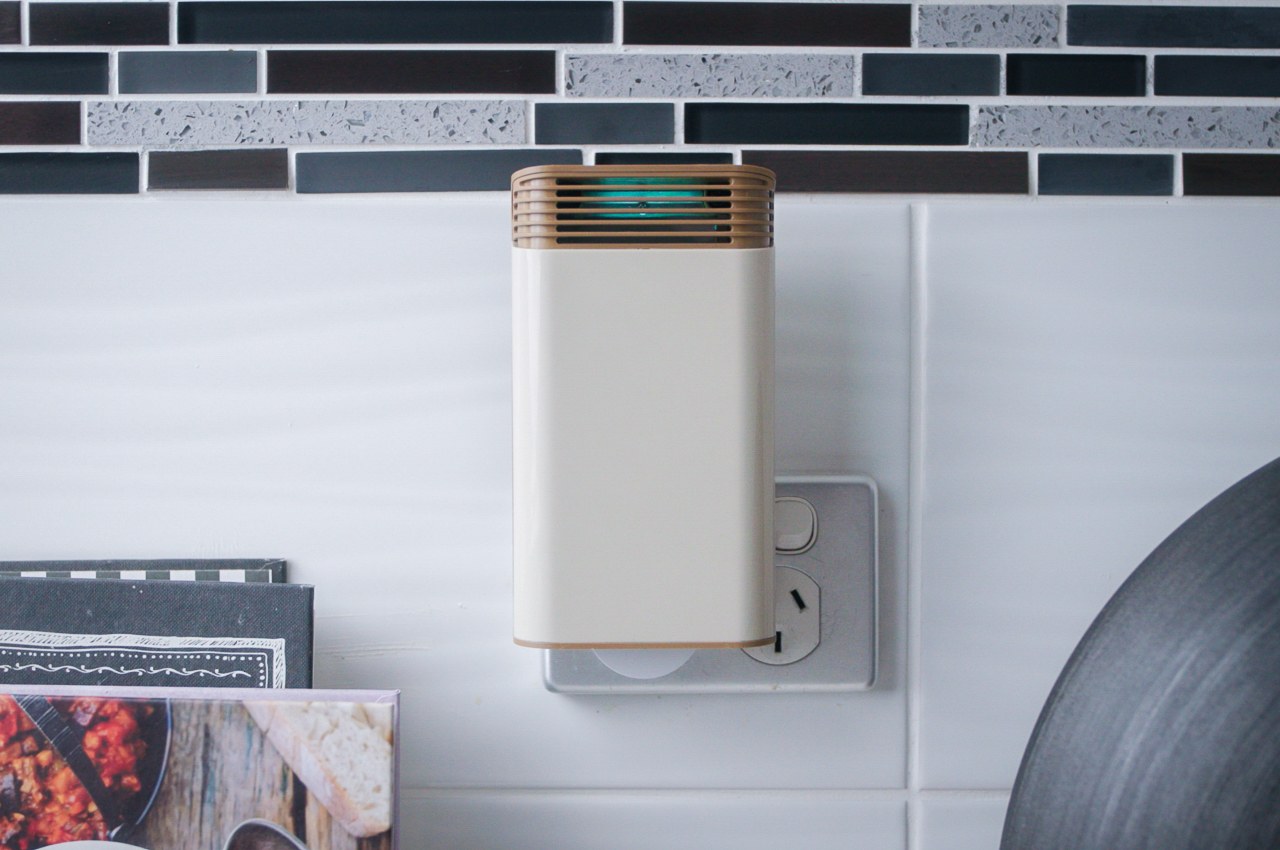 The two technologies work in tandem to help destroy microorganisms and organic compounds that make air unhealthy and smell bad. Hydroxyl technology emits oxidizing ions that travel in the air and target bacteria on any surface. The ions target the hydrogen within the bacteria and attach OH ions to them, turning them into water vapor molecules while killing the bacteria. The plasma technology, on the other hand, uses a plasma chamber concealed within the RAYCONO to purify the air by breaking apart microorganisms using plasma. An internal sponge helps trap these microorganisms and particles too, and can easily be rinsed in water and reused. 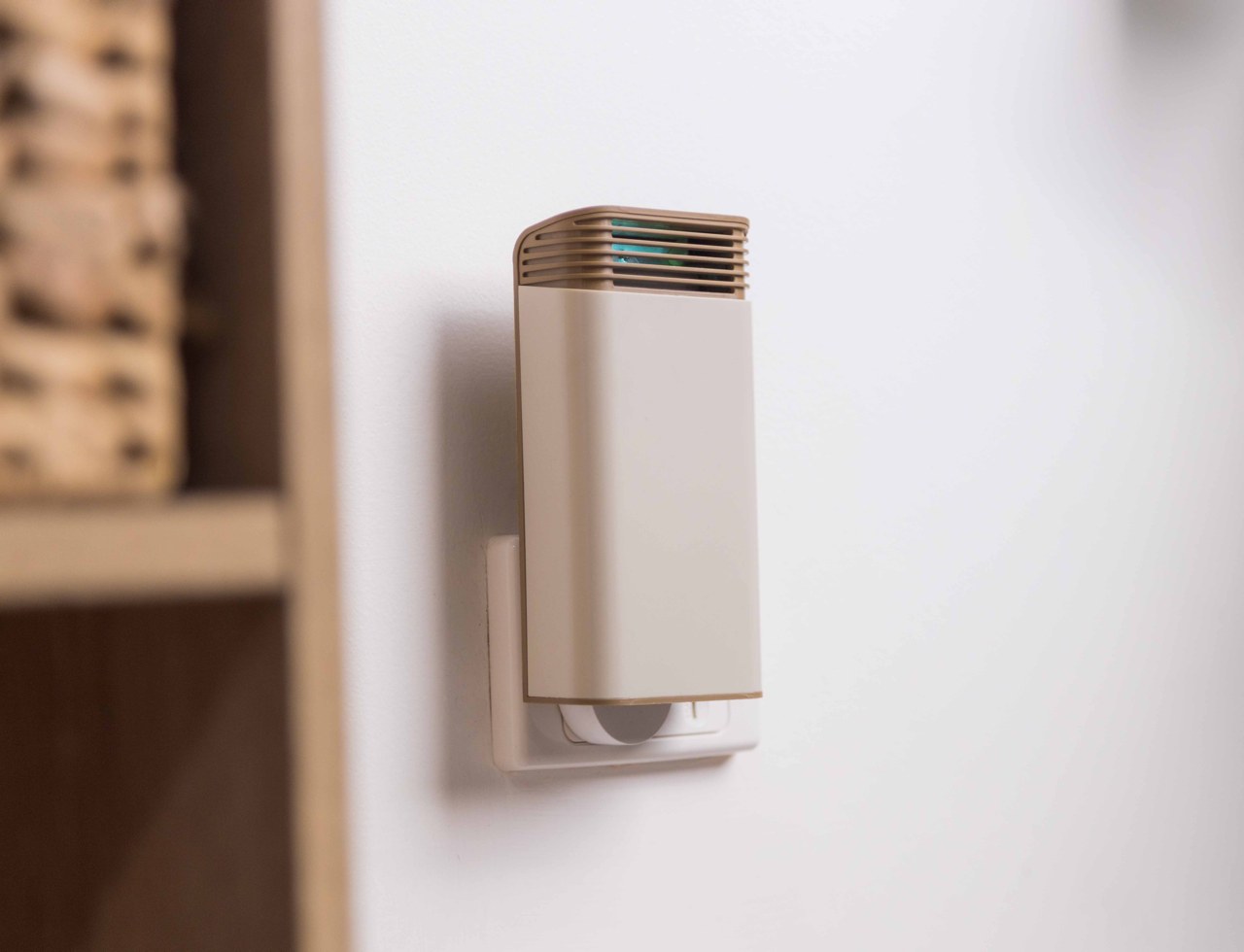 What are probably the most interesting aspects of these two technologies is that they’re A. Maintenance-free (they don’t use filters that need replacing or constant cleaning/maintaining), B. Compact (allowing the RAYCONO to be such a discreet little appliance), and C. Pet-friendly (purifying the air and making them clean for both humans as well as pets and plants).

The underlying technology was developed by RAYCONO’s team of scientists in collaboration with leading immunologist Dr. Angel Porgador, President of Israel’s Immunological Society and the Dean of Faculty of Health at Israel’s Ben Gurion University, who helped test, improve, and certify the purifier’s performance and results.

RAYCONO’s design team highlight how the Hydroxyl + Plasma purification system allows the RAYCONO to be as compact as it is, while performing as effectively as domestic purifiers up to 100 times its size. The underlying technology eliminates the need for any replaceable HEPA filters, or powerful fans that are necessary to purify air in large rooms. Instead, the RAYCONO’s purification works both internally as well as externally. While the internal Plasma Chamber helps neutralize microorganisms, the Hydroxyl Air Sterilizer emits OH radicals that freely roam in the air, finding and neutralizing bad odors and bacteria no matter where they are. In short, the purification doesn’t just happen inside the RAYCONO, it happens outside it too. 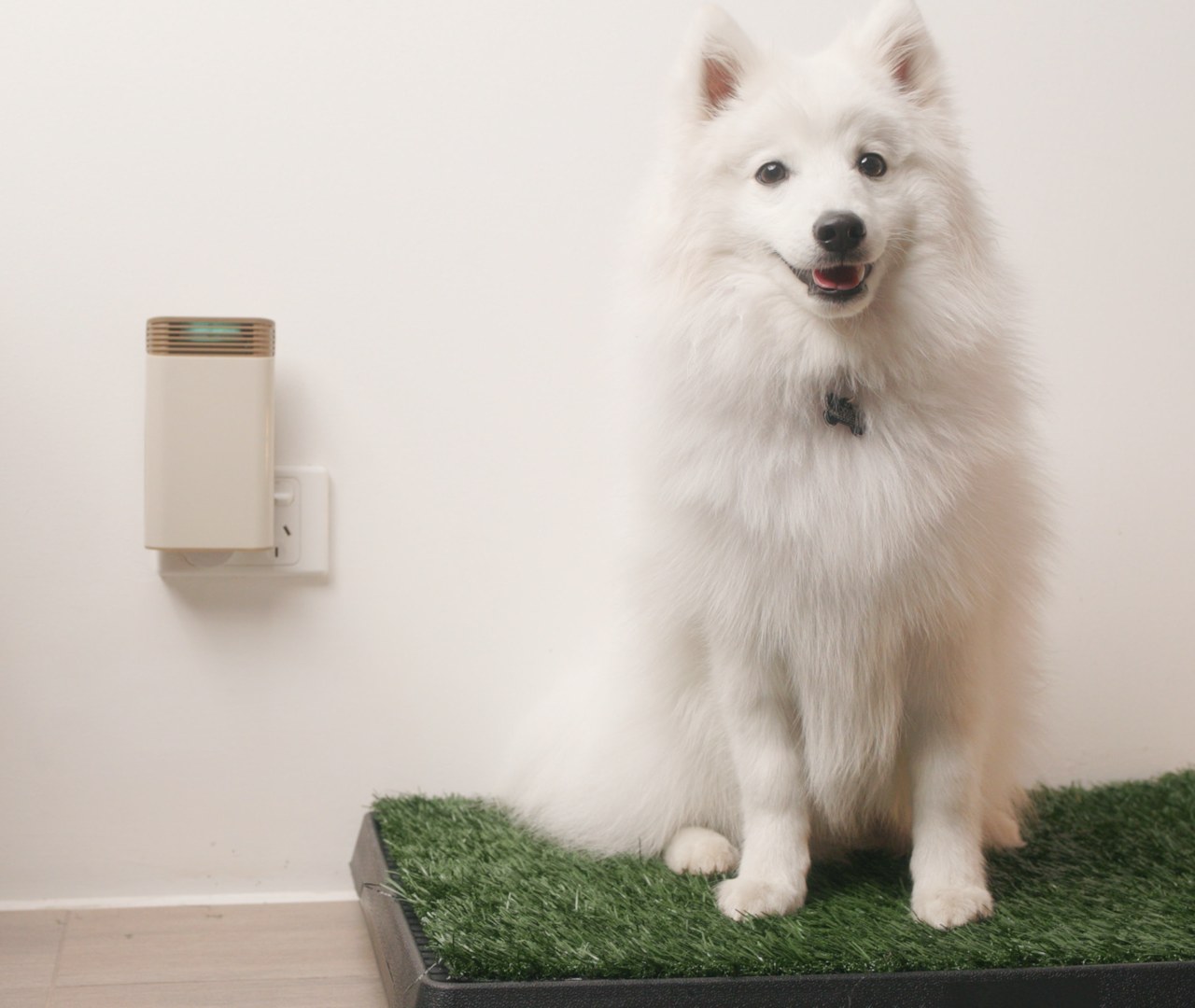 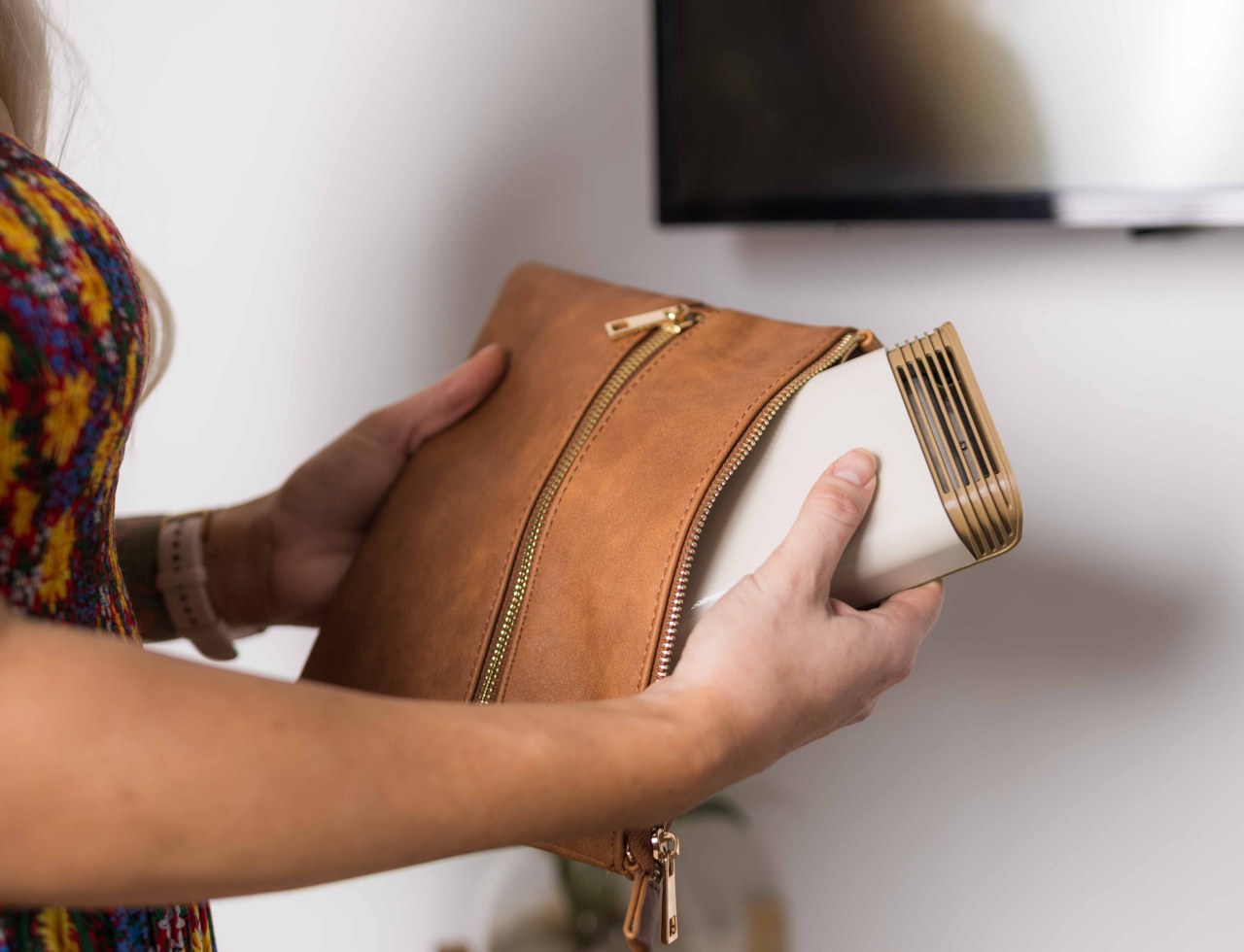 Ultimately, the RAYCONO’s biggest pitch is its convenience. All you really need to do is plug it into the nearest outlet and it gets to work. The results become apparent as the tiny device effectively deodorizes the entire room, and you can easily carry your RAYCONO to any room you want or even travel with it (thanks to the international plug adapters that come along with the purifier). It works especially well in rooms with bad odors, be it from pets, smoke, food, chemicals, or odors from your neighborhood.

Understandably, the use of plasma filtration raises some concerns, although RAYCONO’s research team mentions that the device’s plasma concentration and ozone emission is absolutely negligible, making it incredibly safe to use around humans, children, and even pets.

The RAYCONO is a compact little air sterilizer/purifier/deodorizer that measures roughly the same as your power-bank, operates rather quietly too, with a noise output of less than 50db (that’s about as loud as your refrigerator). The device has a low power consumption too with a rating of just 3W (that’s about 5-10% of what a regular air purifier consumes), helping you improve your air quality without impacting your electricity bill. Each RAYCONO ships with a user manual and an AC plug adapter for your country/continent. You can currently get your RAYCONO at a 40% early-bird discount on Kickstarter, for just $59. The product begins shipping in November this year and you can also buy it on Amazon a little later in the month.

Designing for the Warming World

As the planet warms and sea levels rise, so does the need for emergency equipment innovations to assist in search and rescue operations during flooding….

The ongoing COVID-19 pandemic has restricted all of us to our homes, and we find ourselves spending the majority of our time in our houses….

The Most Hipsterest Lamp Ever!

The Cassette lamp harkens back to a time when hair bands ruled and acid wash jeans were all the rave. Bringing new life to the…