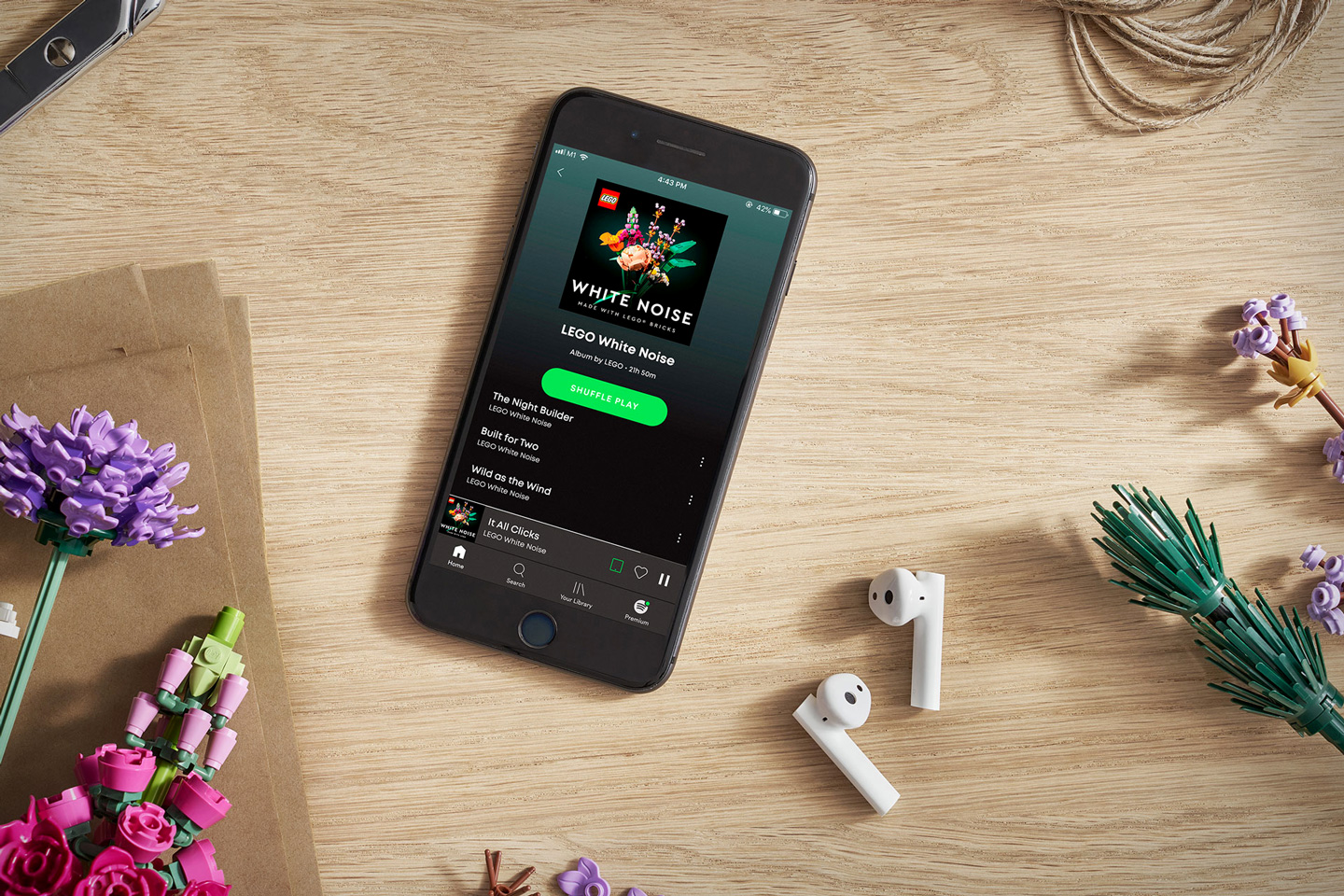 Contrary to popular belief, the album isn’t filled with “Everything Is Awesome” on loop.

Titled LEGO® White Noise, the album explores a unique aspect of the LEGO experience – their sound. While the bricks are incredibly visual, tactile, and versatile, they also have a uniquely vast and engaging auditory experience. By experimenting with over 10,000 brick combinations, the designers at LEGO have unveiled a 6-track album, featuring 30-minute long audio tracks of just sounds using LEGO bricks, from the familiar rattle of rummaging through a carton of bricks, to actually clipping bricks together to make sculptures/models. The tracks have an incredible ASMR quality to them, and honestly make for perfect background audio while you work, play, code, read, etc. I can’t understate exactly how therapeutic the sound of the LEGO bricks being clinked together are, but just mere minutes into the first track, I feel like a 10-year old child again.

The album was designed to help listeners relax and unwind. The sounds trigger a part of the brain associated with meditation and relaxation, given that our mind associates LEGO with those very attributes too. Just the way the smell of cinnamon and pumpkin get you feeling ‘autumny’, the LEGO White Noise tracks instantly transport you to a place of being happy and carefree. Once again, the folks at LEGO have shown us that their bricks truly have unlimited potential!

You can check out the Spotify Album by clicking here. Definitely give a listen to the track titled “The Waterfall”, for the absolutely exhilarating sound of LEGO bricks being dumped one on top of another! 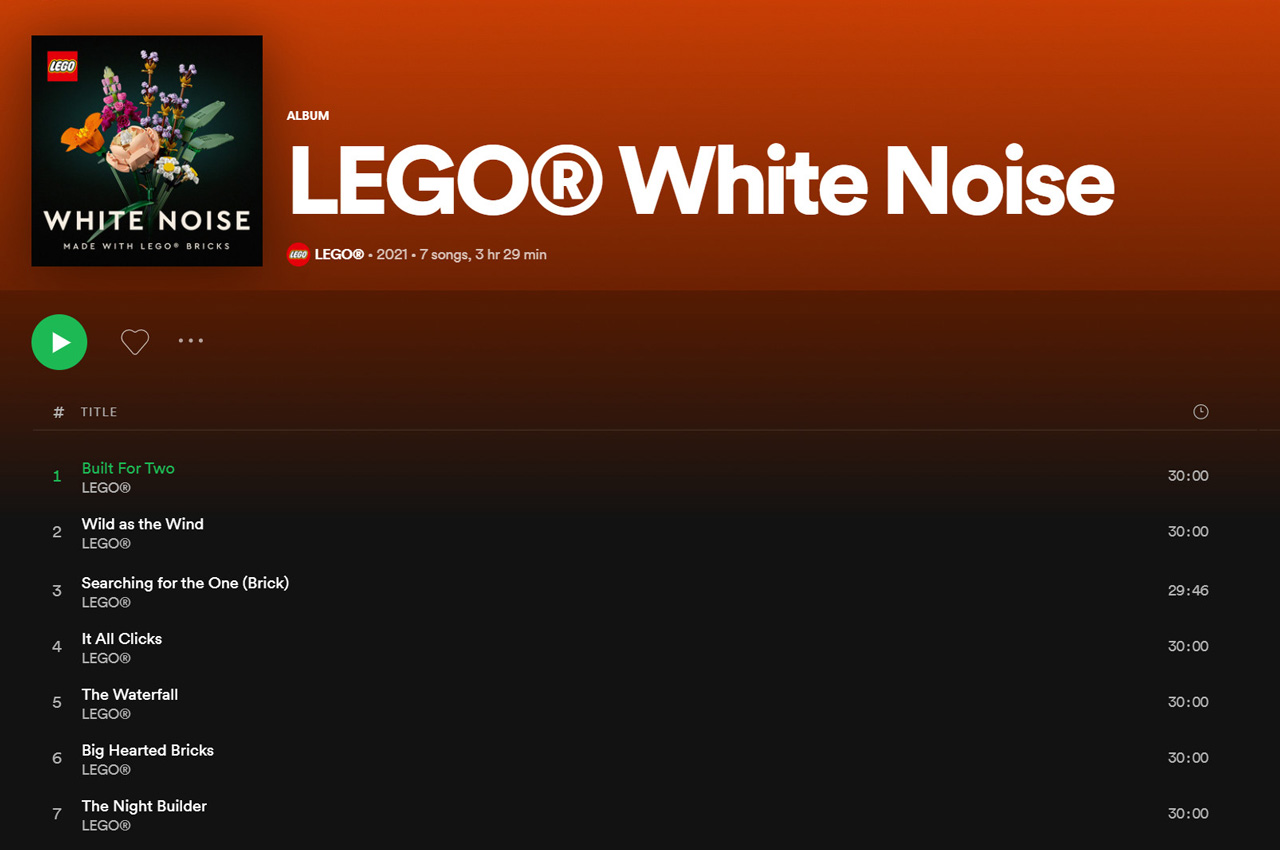 What bums me about smartphones is how amazingly handy they have the potential of being in a disaster, but how a disaster scenario is an…

SoundGate provides musicians with tools for a new rich experience in individual learning, tutor instruction and live playing. The optimal user-experience has been designed taking…

Audio that’s out of this world

The Moonraker looks more like a variation of the Sputnik satellite than a speaker, and it’s this very quality that makes it a wonderful centerpiece…