Guitars are like pizzas. They come in different shapes and styles, and you’re never satisfied with just one. Just within the domain of electric guitars, you’ve got the Stratocaster, the Telecaster, the Les Paul, the Jazzmaster, and a hundred others, designed and crafted with a specific persona – defined by their body design and their sound. The tragedy of electric guitars has always been that you need to buy different guitars for those different sounds… although the folks at Reddick Guitars may have a solution – Modularity.

A lot of times the word Modular gets used as a catchword or a gimmick (most notably in Architecture and Tech), but what the Reddick Voyager does is low-key genius. Electric guitars work when the vibrating metal strings create fluctuations in the magnetic fields of the pickups on the guitars. Different electric guitars come with different pickups placed at various different locations to create their signature sound (a Stratocaster uses 3 single-coil pickups while the Les Paul uses 2 humbucker pickups)… so Reddick decided to just create a guitar with modular pickup blocks that you could swap in or swap out. The video above showcases the Reddick Voyager in action, as the demonstrater hot-swaps modules in the middle of playing to show you how different they sound. 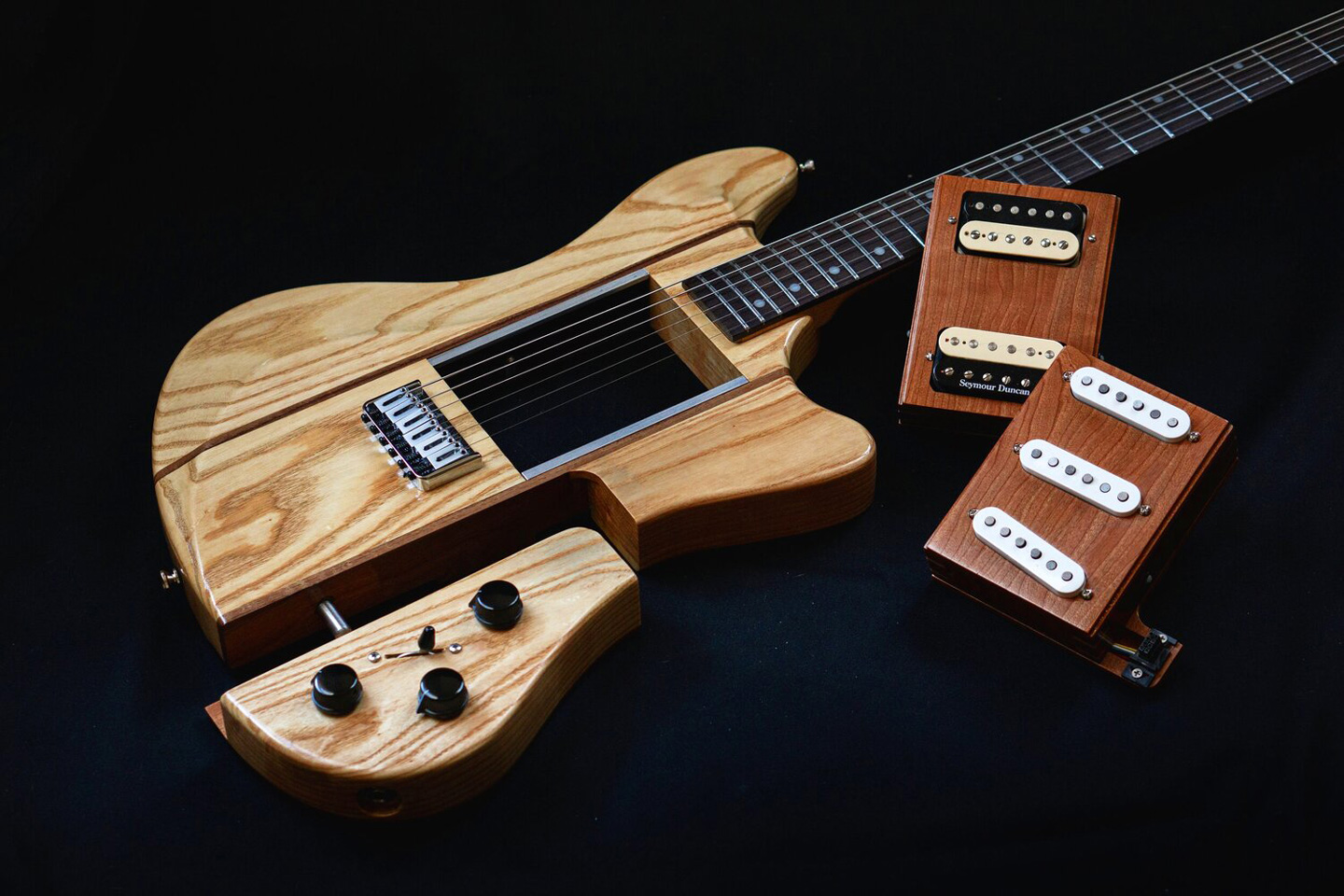 Swapping the pickup modules is just about as easy as swapping cassettes in a cassette player (if you’re old enough to remember those), making it convenient to switch modules mid-concert. The Voyager comes with 6 interchangeable modules, modeling the Telecaster, the Les Paul, the SSS Stratocaster, among other popular layouts. The modules clip right into the central cavity in the Voyager, and can be removed by gripping them using the hole at the back. The base of the guitar features a detachable module too, with interchangeable controls that allow you to get the best of your jamming experience. Sadly though, while you can swap out modules on the Voyager to dramatically change its sound, you can’t do much to alter its body. The Voyager’s design models itself on the Fender Stratocaster (the most popular electric guitar model out there and a hot favorite of Hendrix) and comes with a wooden finish, allowing it to look drastically different from the enamel-coated colorful electric guitars you usually see – a design move which makes sense, given that the Voyager is so unique in its function. 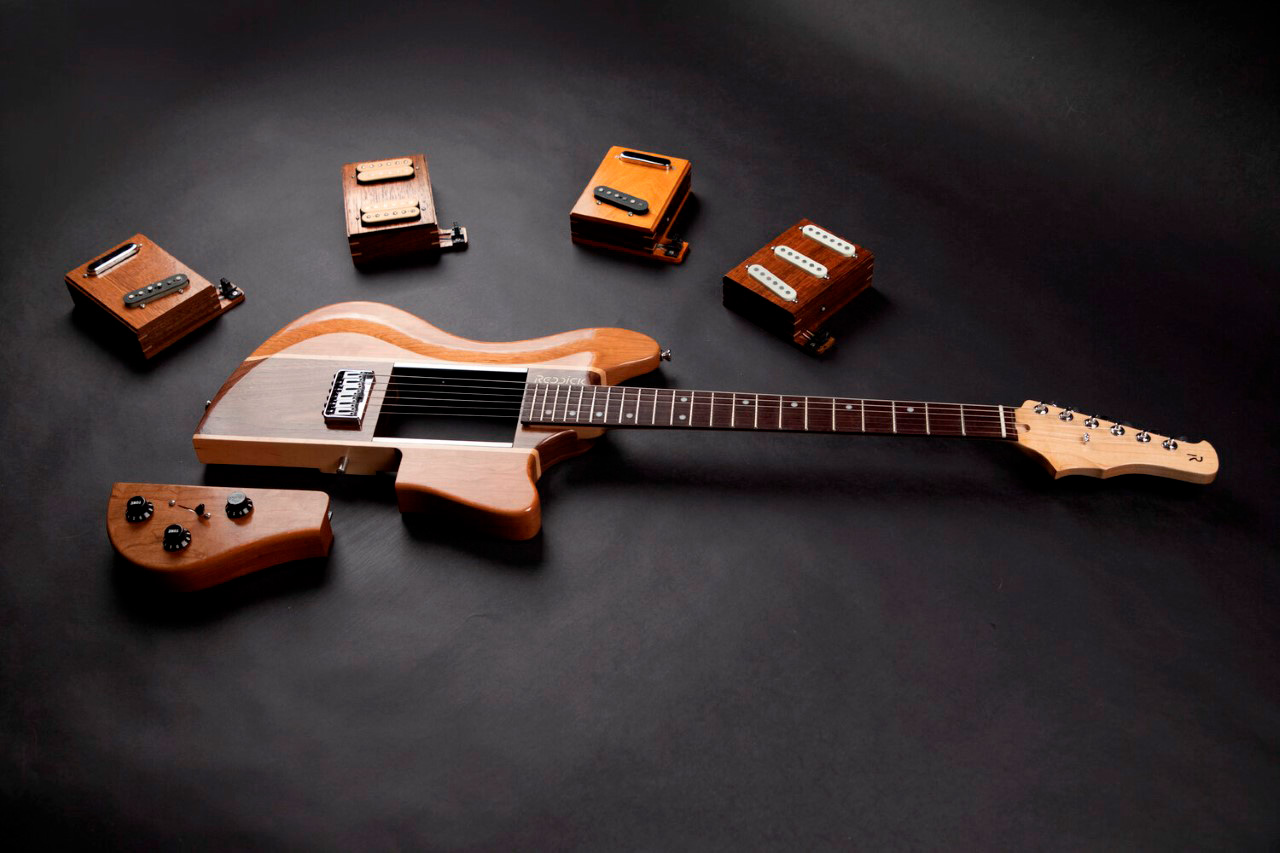 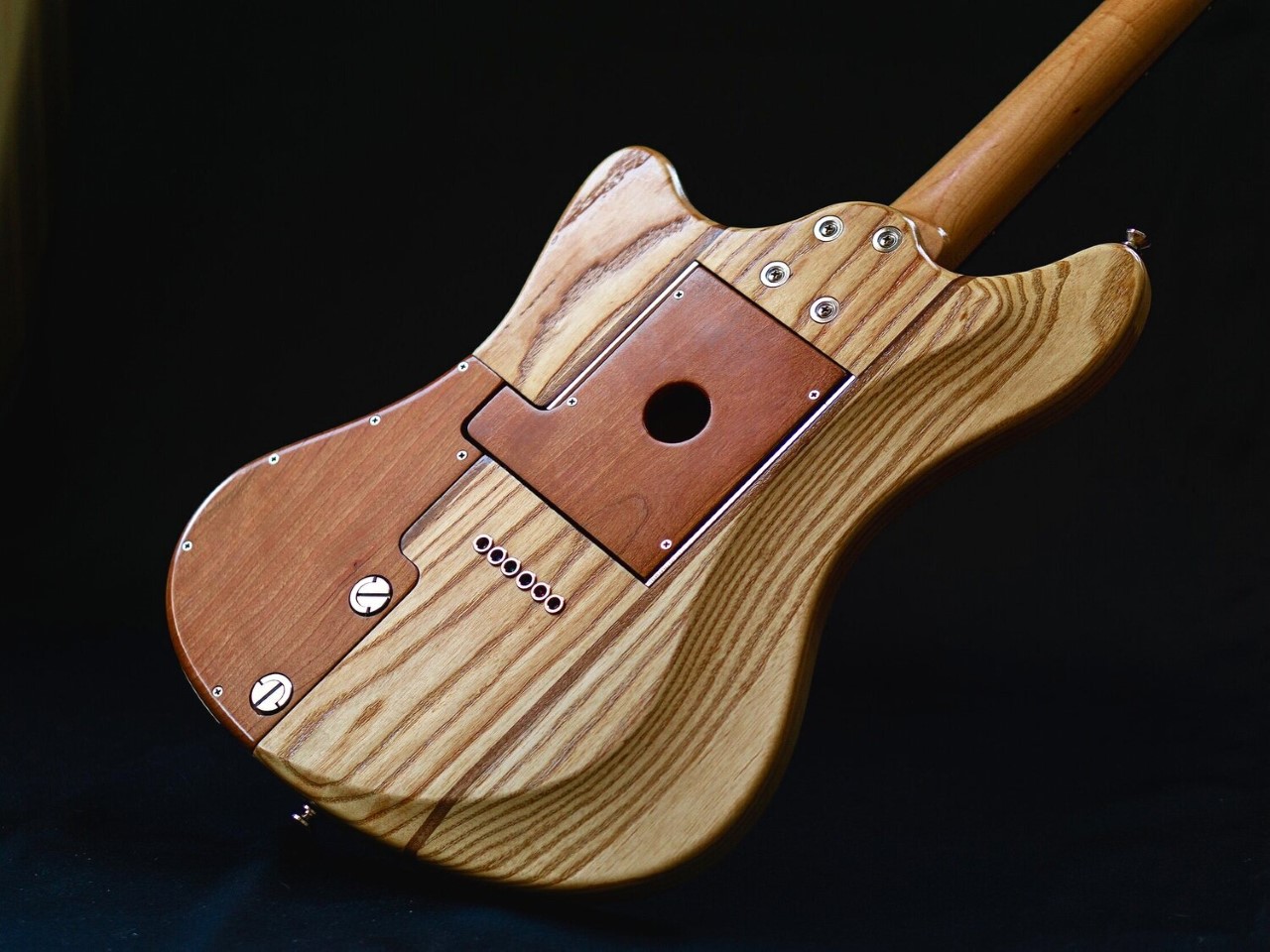 What’s so ground-breaking about the Voyager is its ability to physically be able to model different guitars, without you needing to actually own different guitars. This versatility, aside from having an economical benefit (given that electric guitars can cost anywhere between $300 and $1500), is incredibly convenient for musicians too, allowing them to experiment with new sounds on the fly, or potentially even easily swap out modules mid-concert without worrying about running backstage to get a new guitar (or worse, going through tuning or sound-check all over again!) 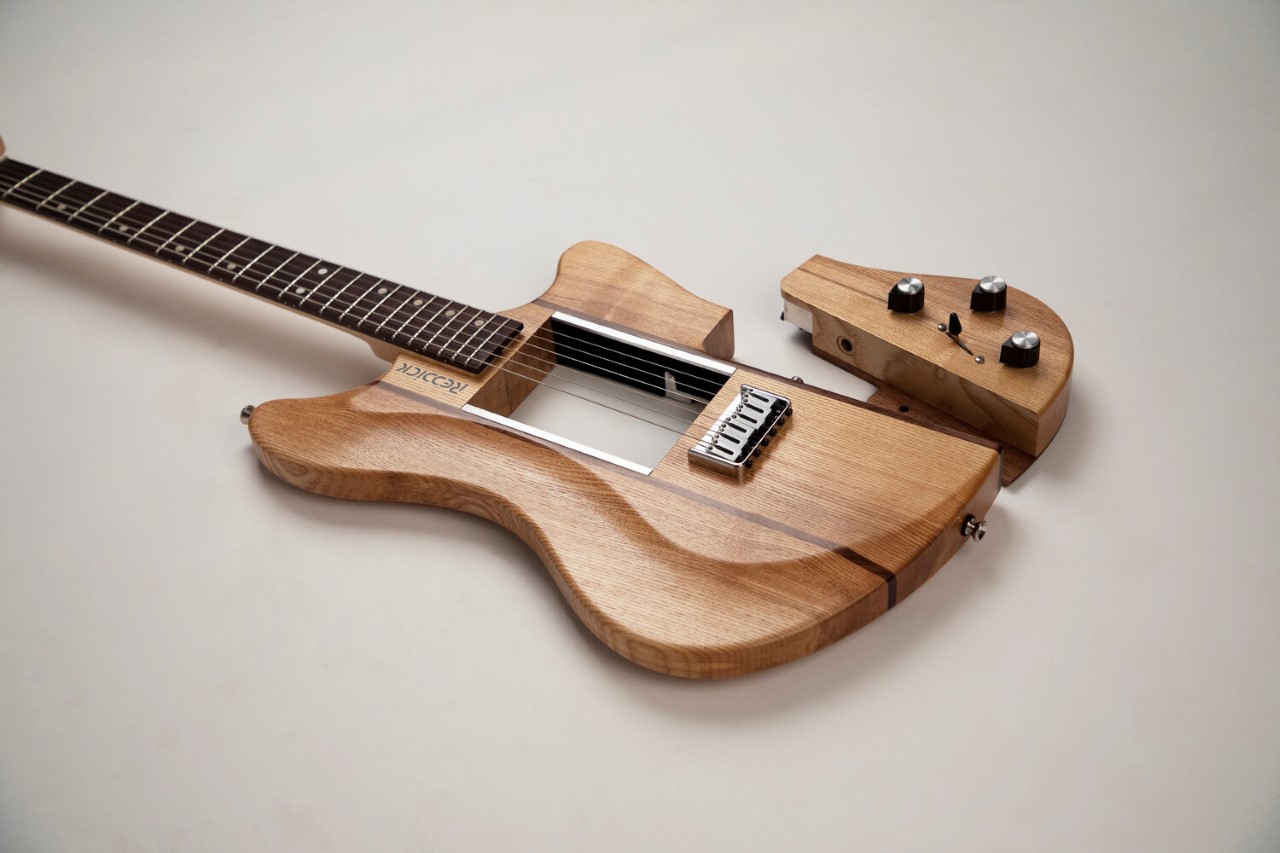 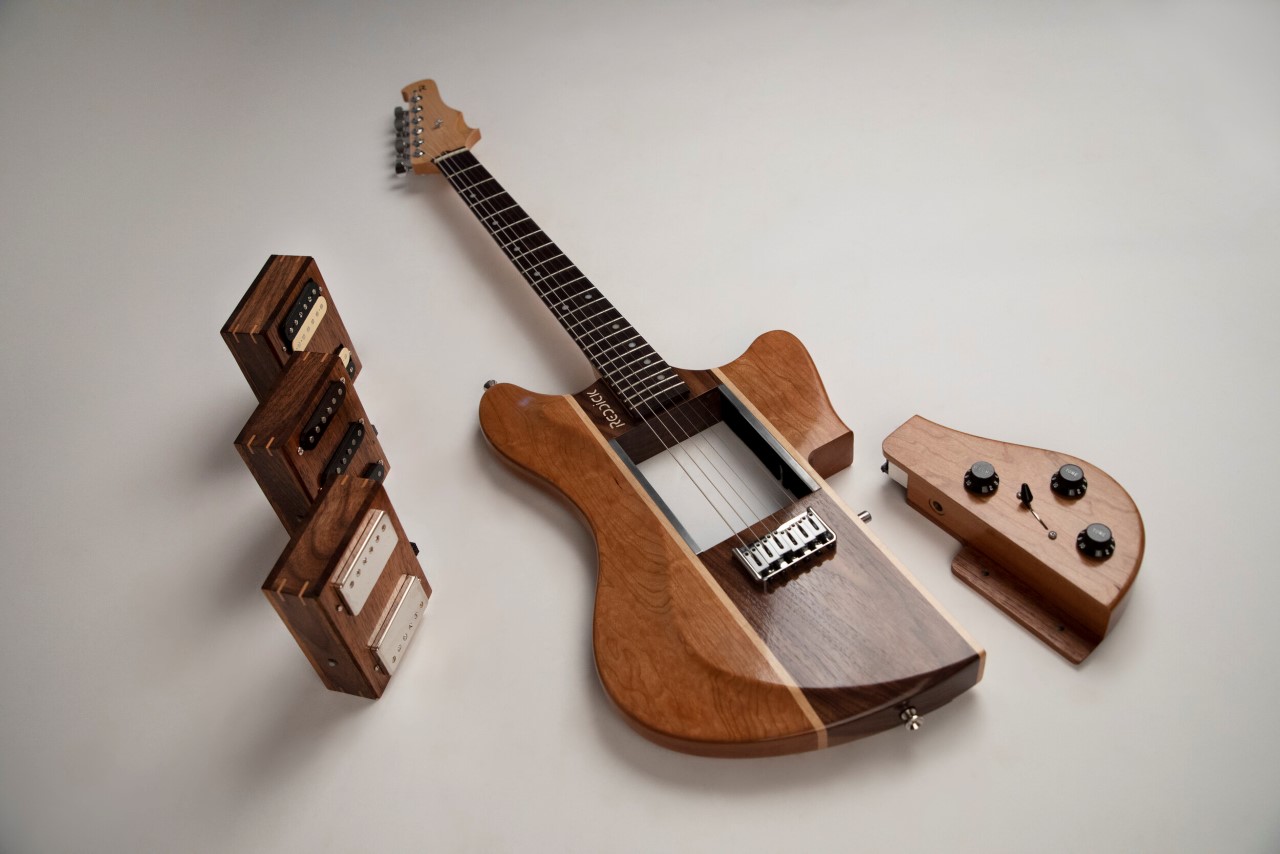 The Voyager Modular Electric Guitar comes handmade in either walnut, ash, or cherry wood. The guitar is available as a bundle, including two pickup modules of your choice, and one standard control module, for $1,499… which makes sense considering you’re getting multiple guitars for the price of one. You can buy additional pickup modules for $199 each, allowing you to expand your sound library to include different guitar styles and sounds, without having to empty your wallet. 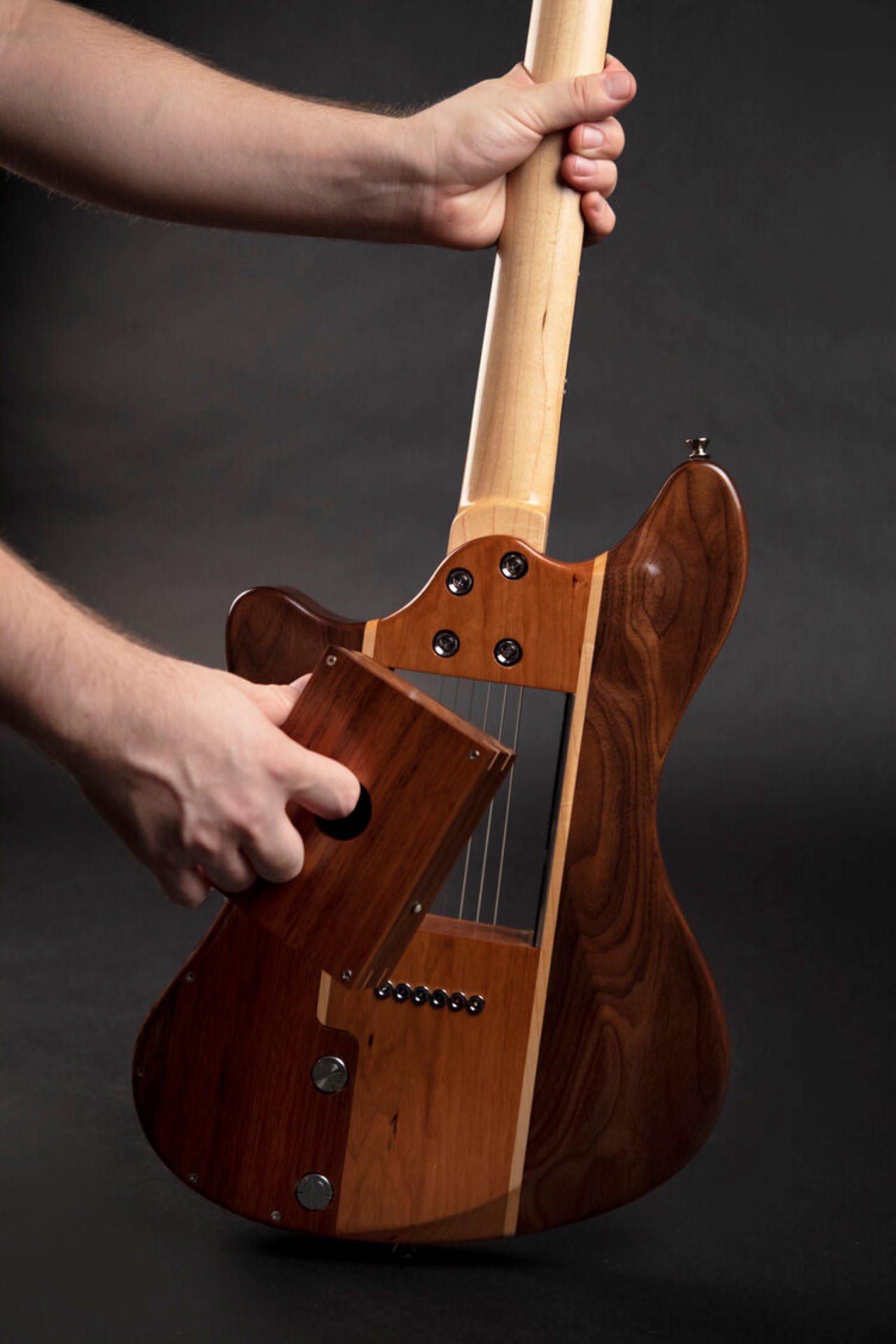 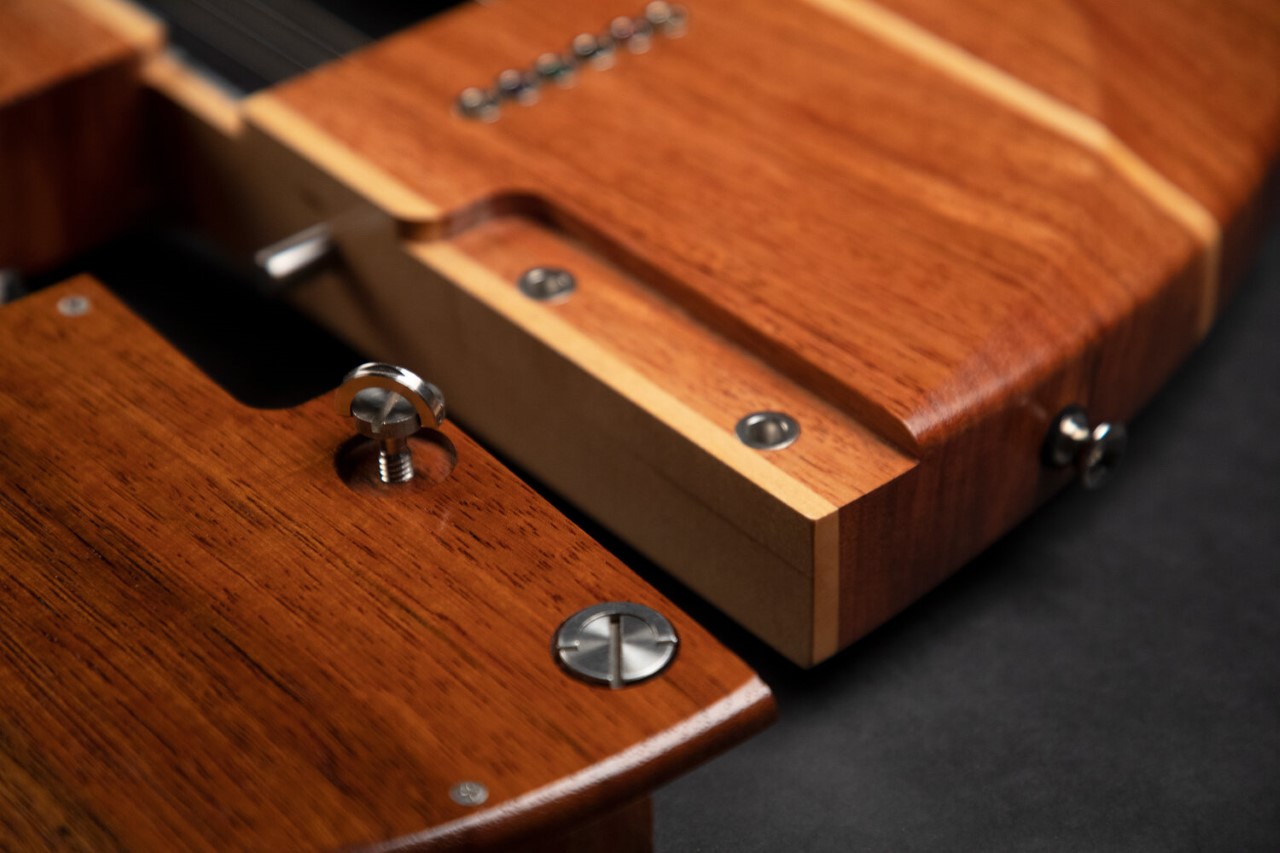 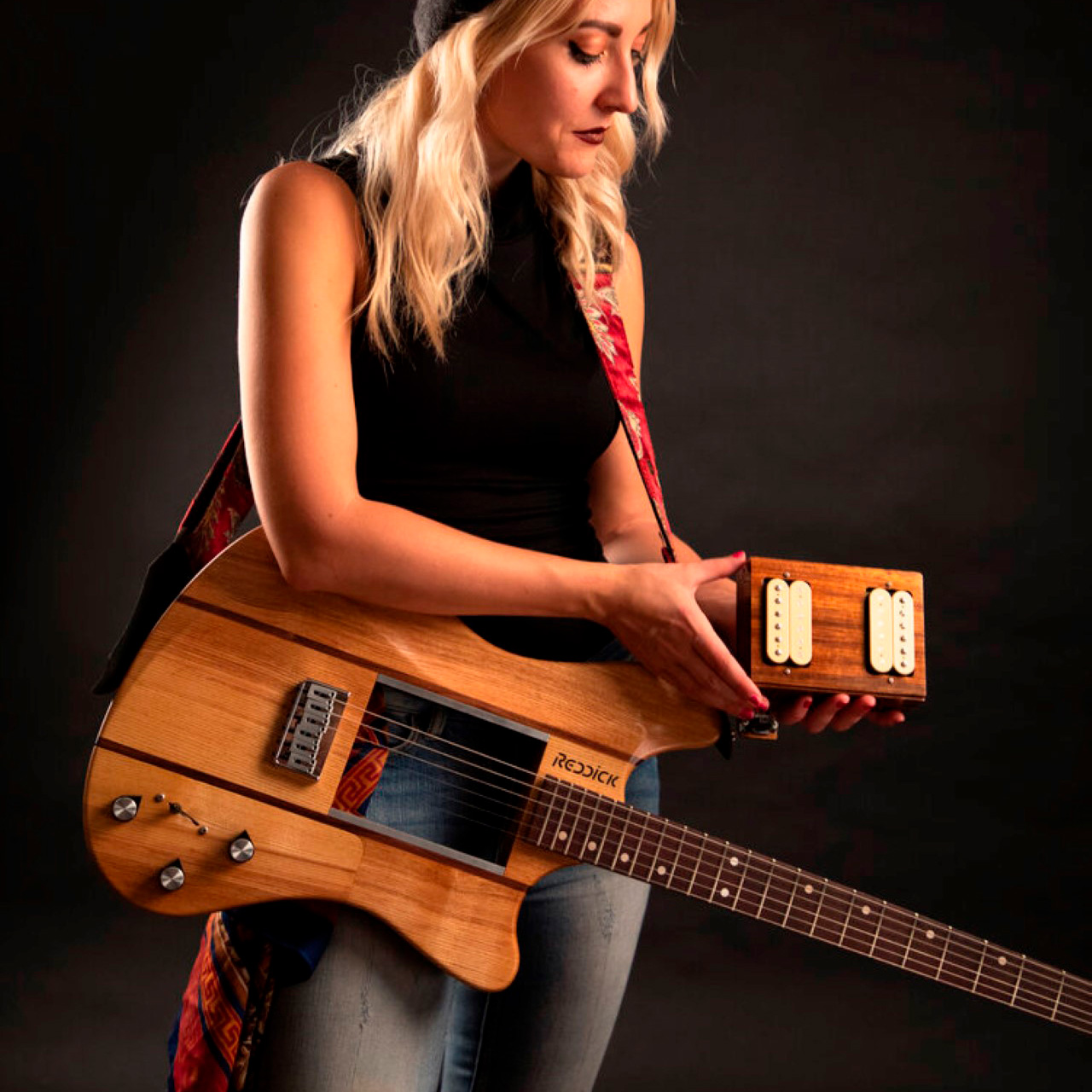 This Ain’t No Ikea

Because even though you can put it together by hand, it’s built to LAST! It’s the notable Key line from Housefish. Created using advanced digital…

Recycled Product Designs that leave zero footprint on the environment + help you master that green lifestyle!

Recycled designs are the need for today! Since the world is drastically changing, and that is affecting the way we live and function. Although the…

By roughly tracing the structure of everyone’s favorite surprise during winter, designer Sylvain Gerber created the Snowflake Speaker. He’s created something that visually contours the…

Adding sound effects to your life!

https://youtu.be/fV_vISZs6LM The more I think about it, I would have loved to have the Moff band as a child, and it would have probably driven…